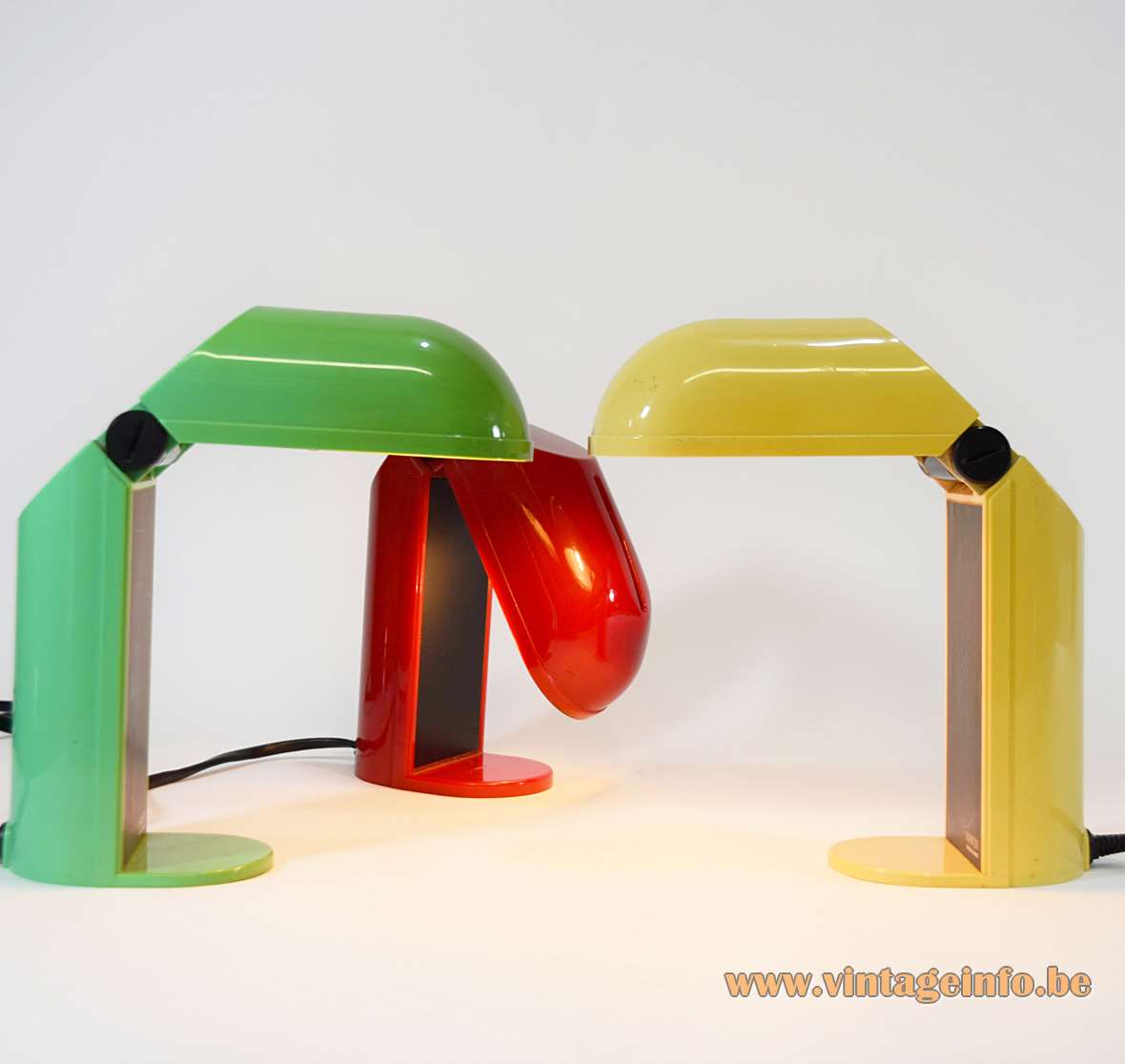 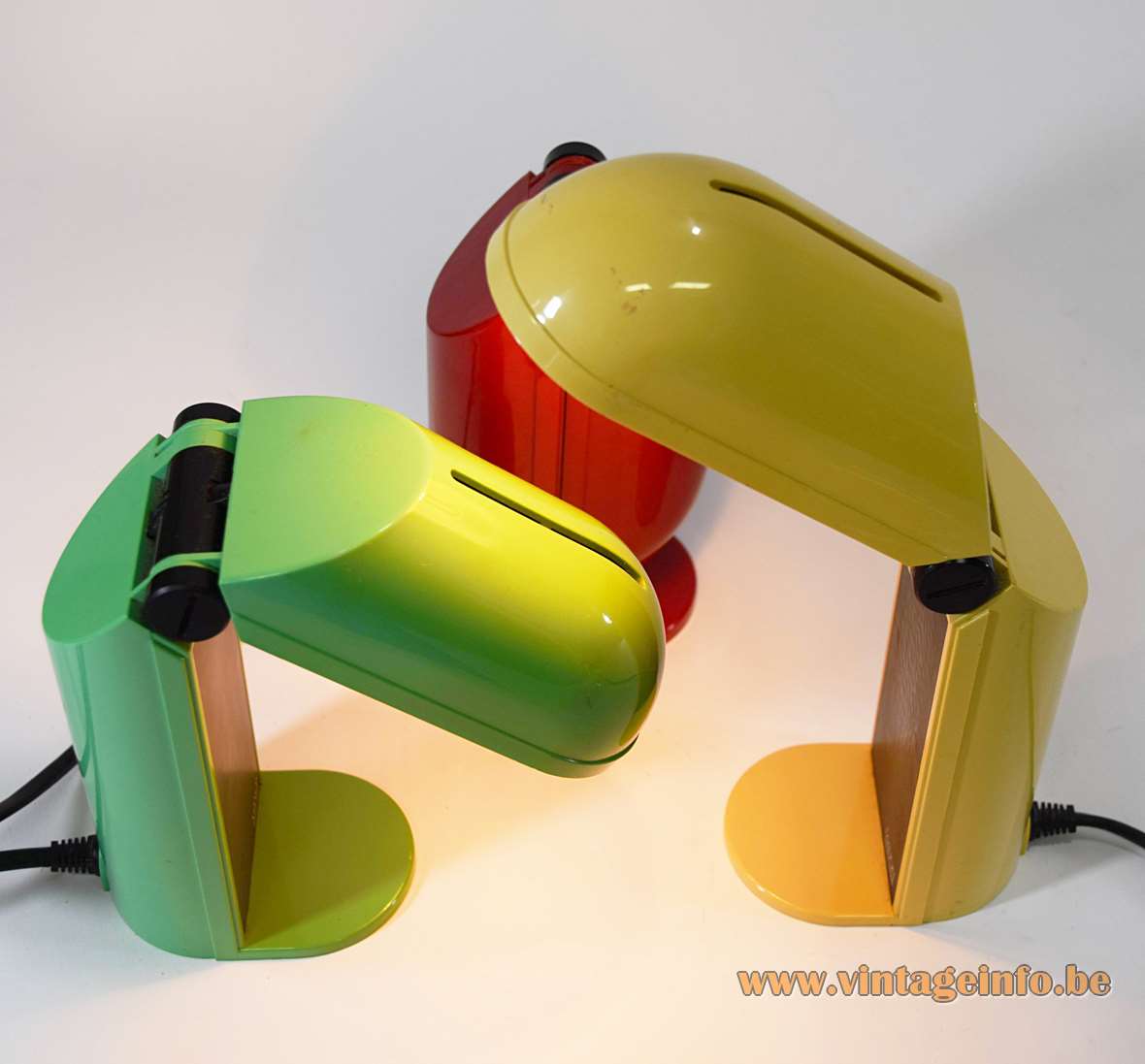 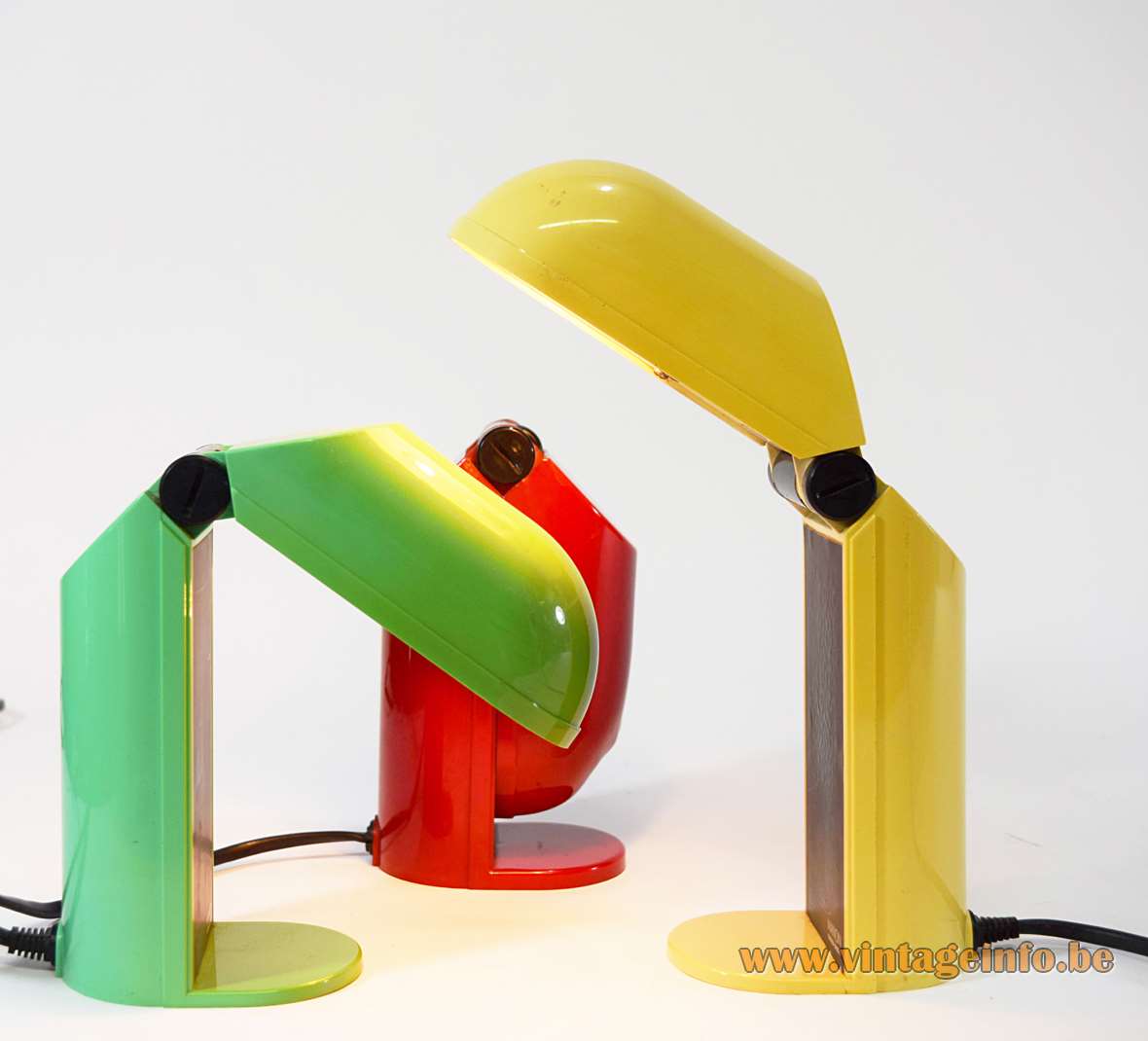 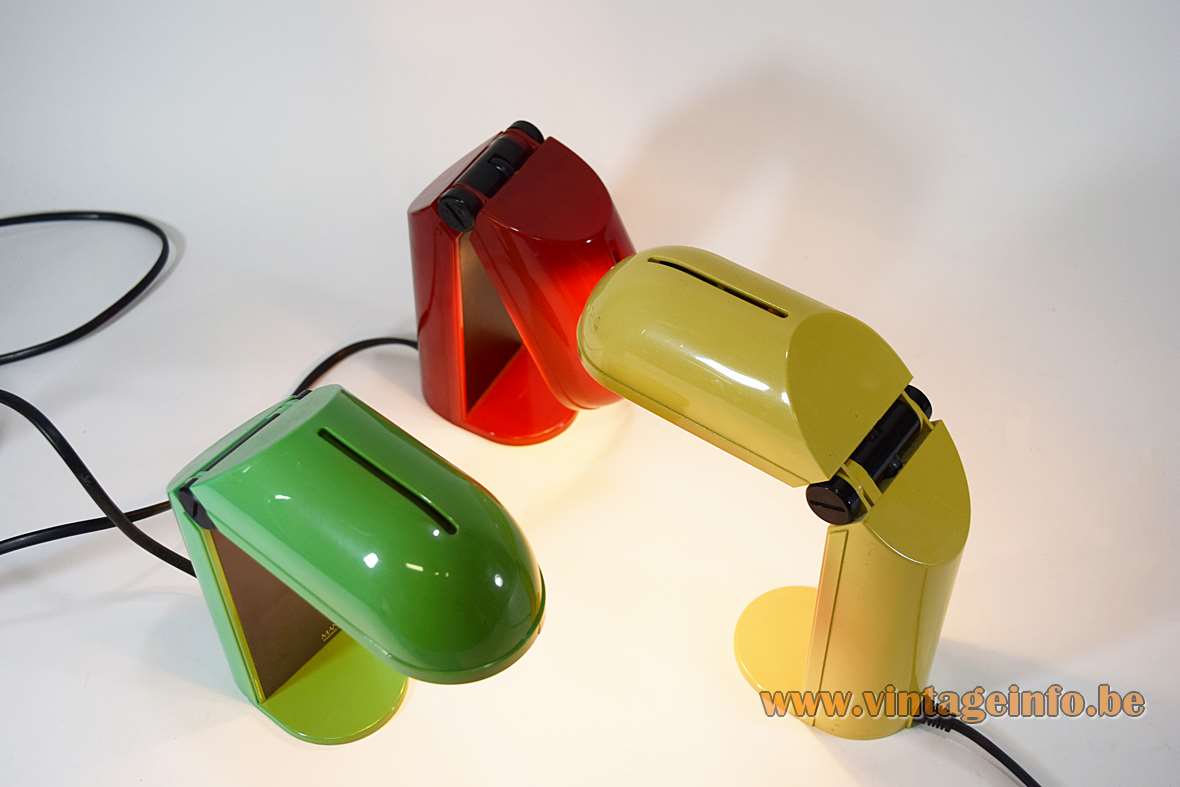 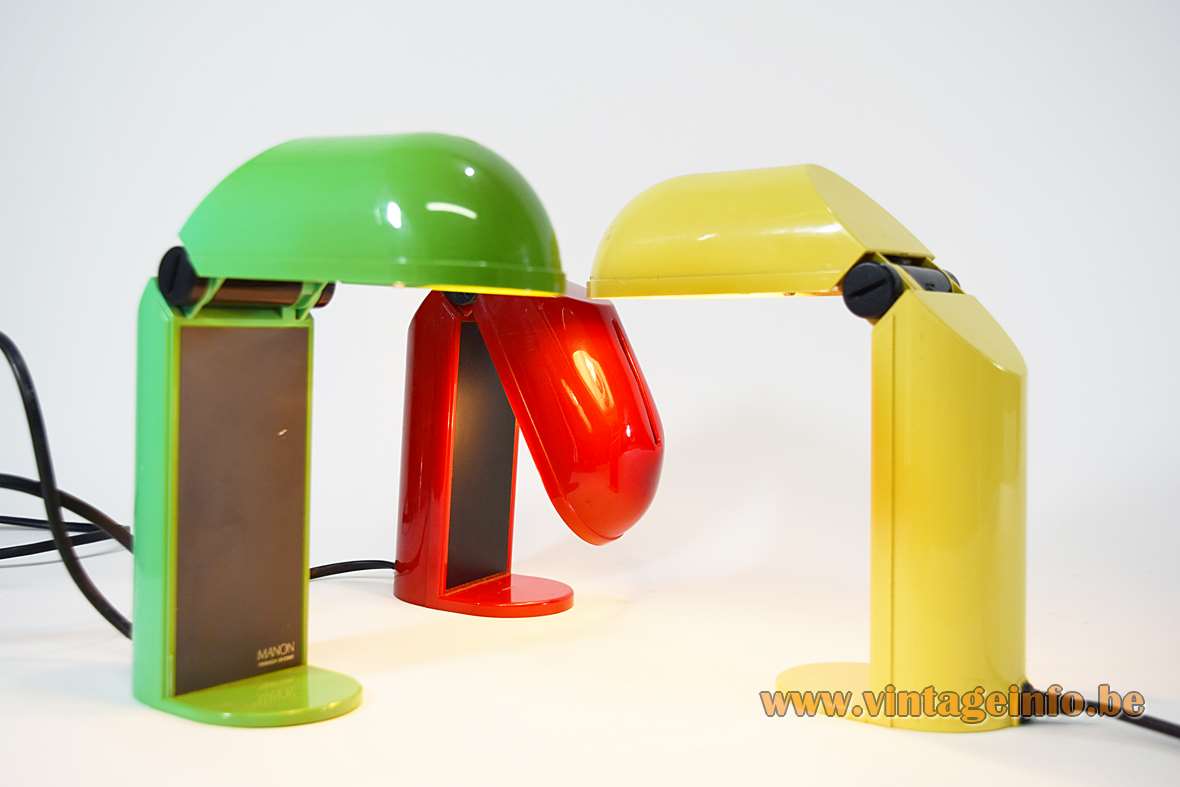 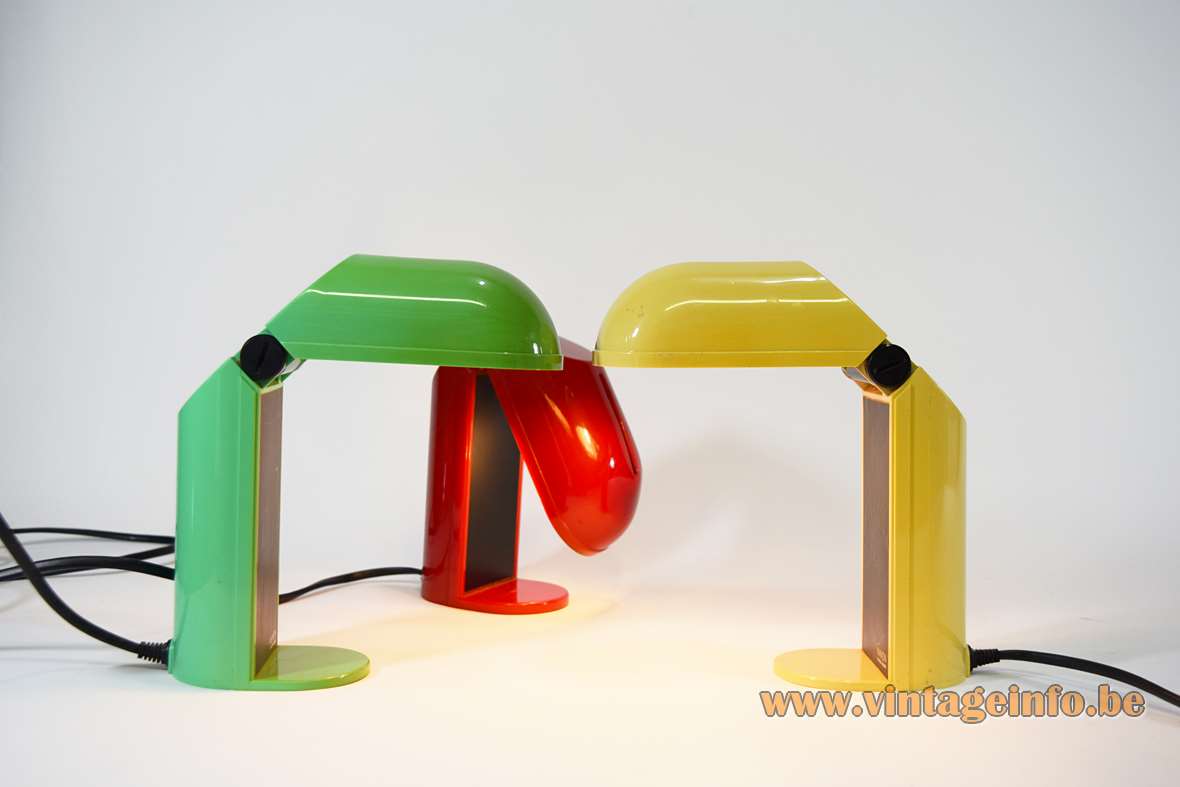 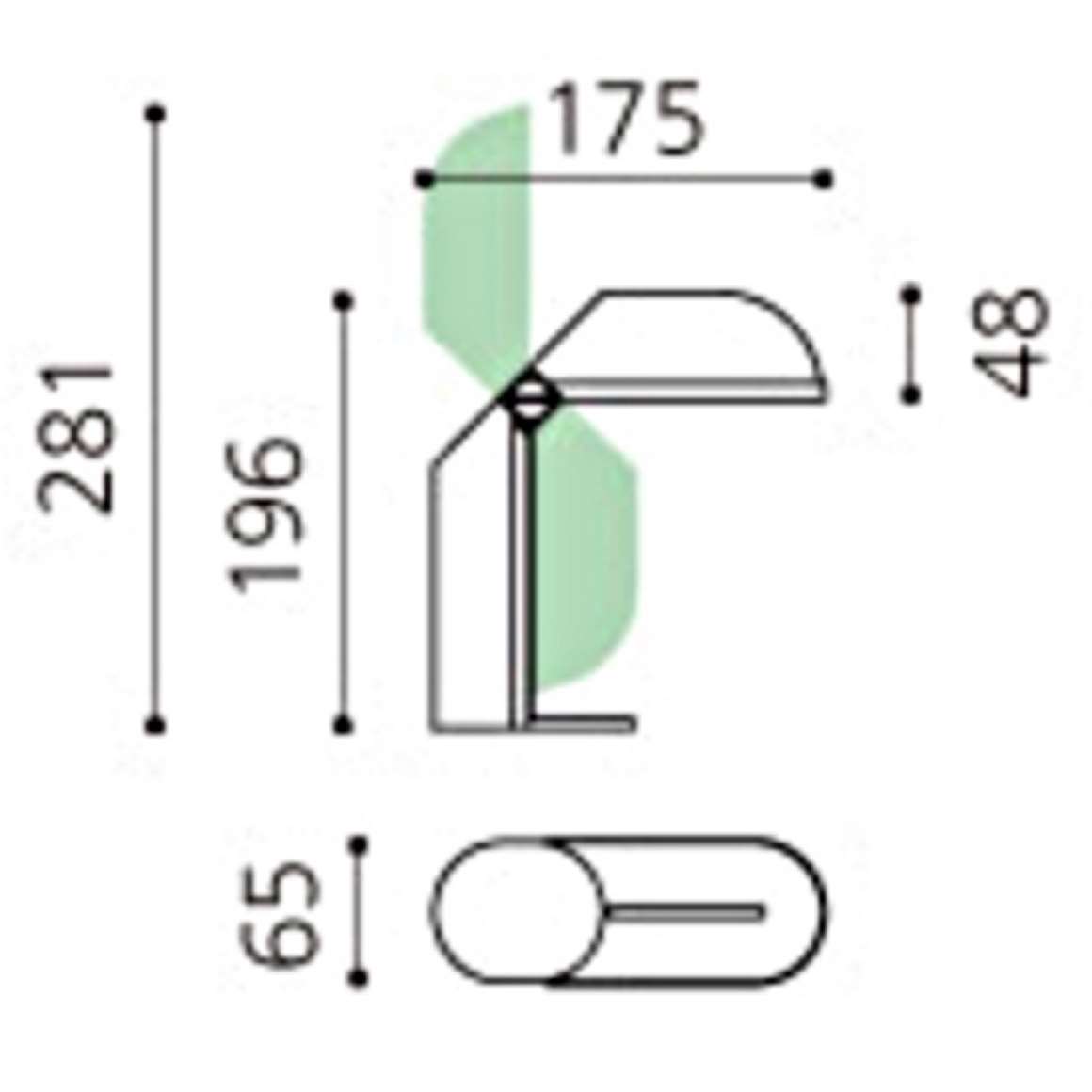 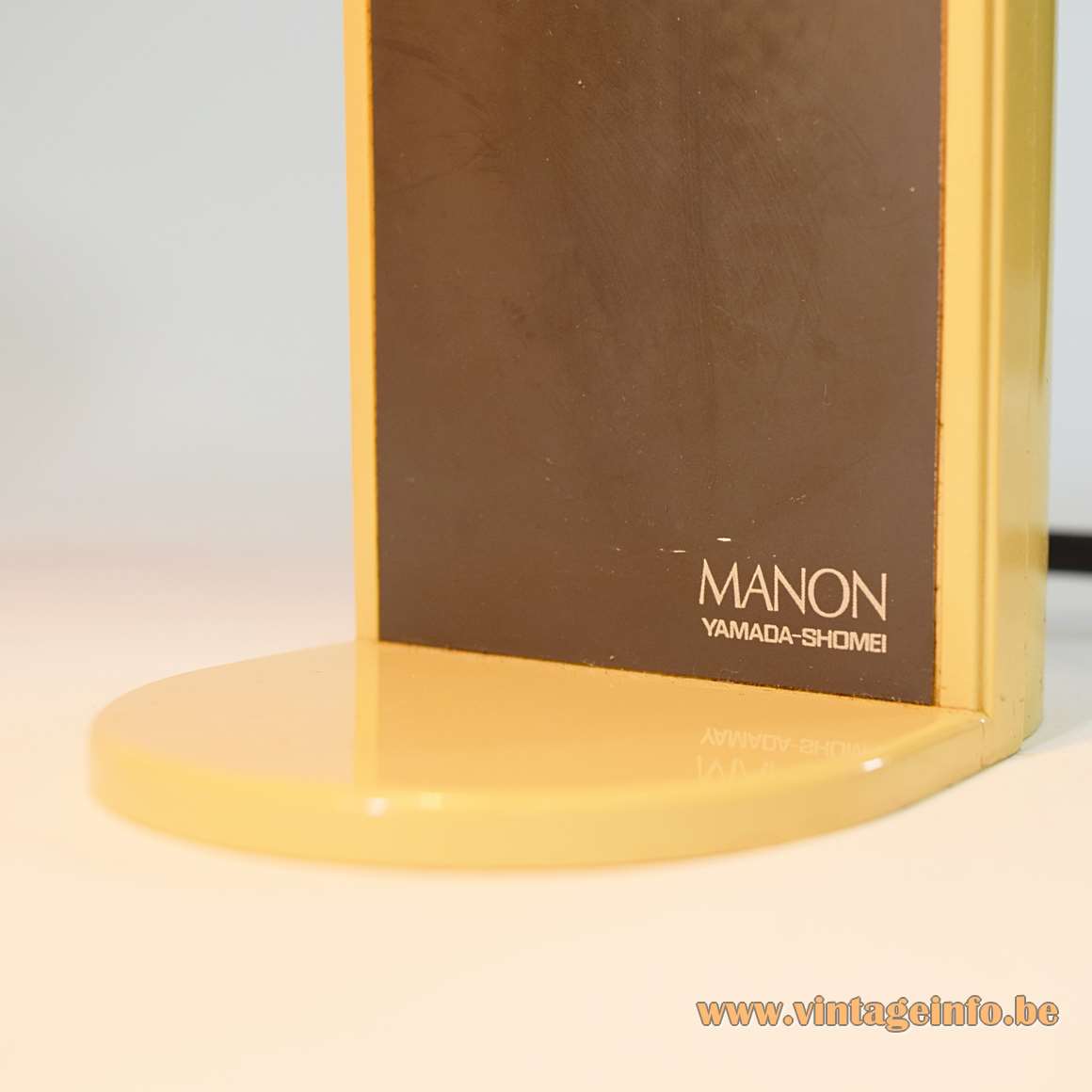 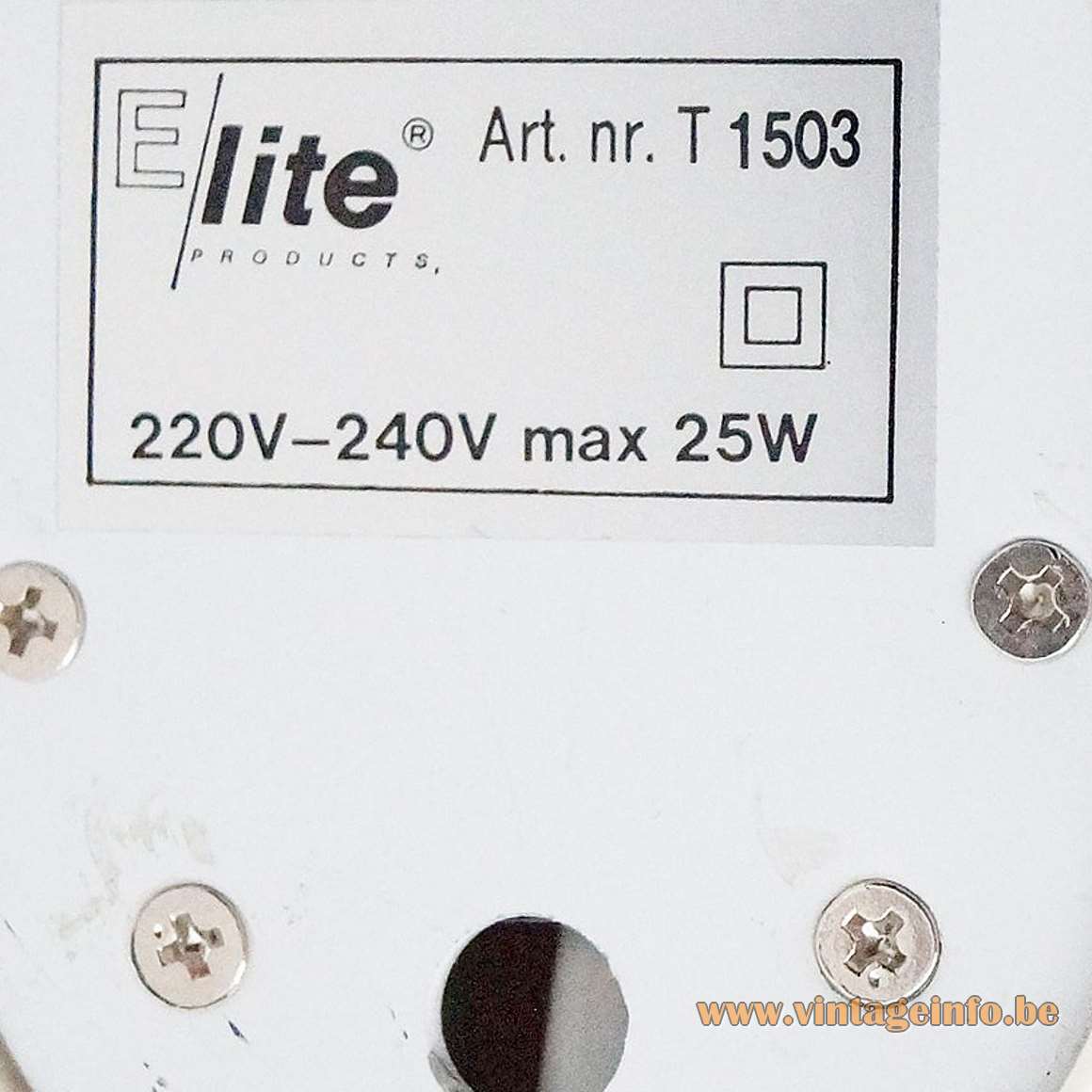 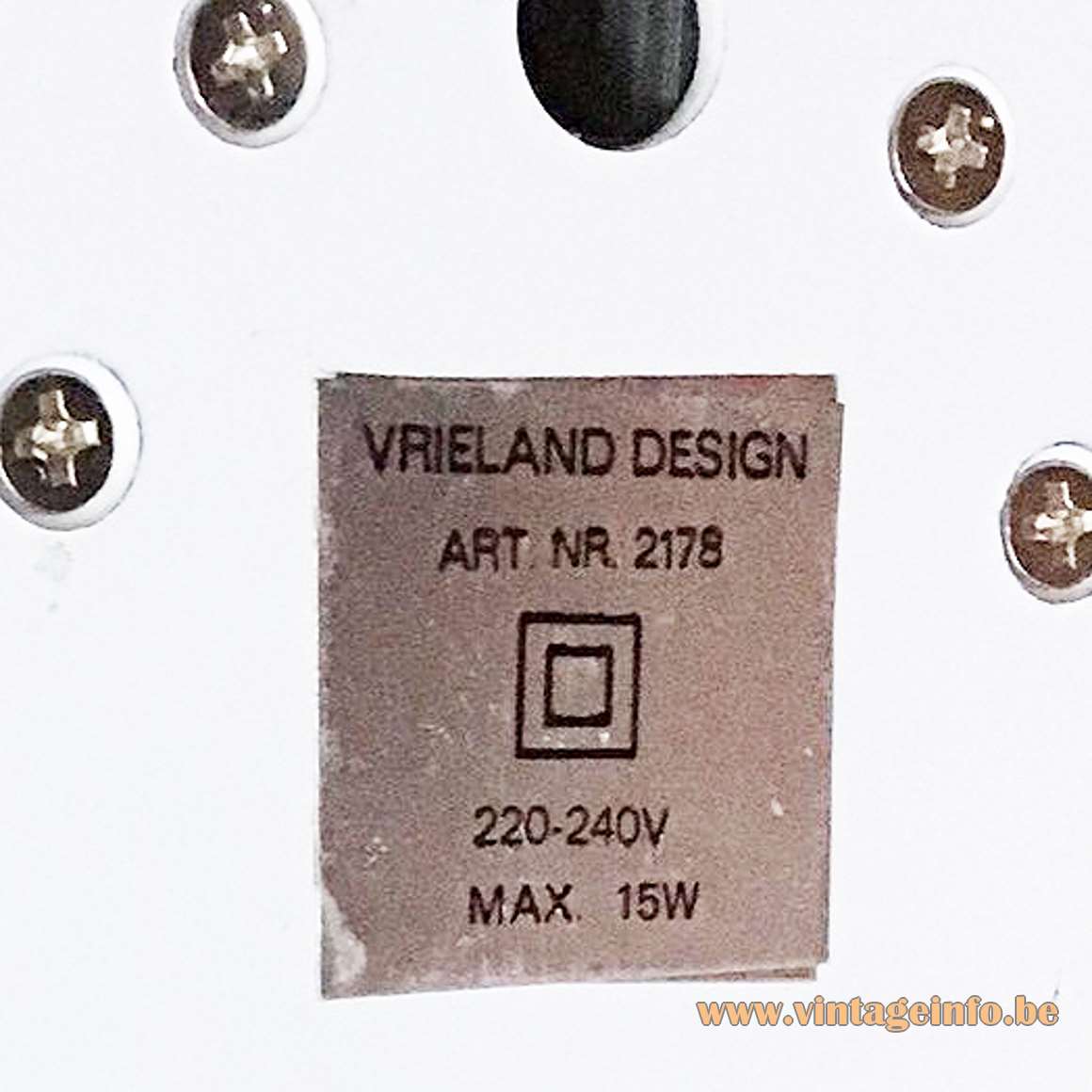 A Manon lamp on the website of Yamada: ZM002NB

Many thanks to Anne for the enlightening information about the Fase lamp.

Electricity: 1 bulb E14, 1 x 25 watt maximum, 110/220 volt.
Not any type of light bulb can be used. Preferably a small one, clear/bright or white/opaque as used in a refrigerator.

Other versions: The Yamada Shomei Manon table lamp was made in many colours and slight variations over the years.

The Fase lamp is named “Bambino“, the Italian word for child or little one. In Spanish it is bambina… It was sold with an extra external switch, also the folding switch can be used. The light goes out when you close the light.

These lamps were produced for the first time in the 1960s by Yamada Shomei Lighting Co. LTD, a Japanese company that still exists. The production of this lamp never stopped. The price in Japan in 2017 is about 38 euro/dollar.

Yamada Shomei Lighting Co. LTD is a lighting specialist with over 60 years experiences, as described on the company’s website. Yamada is a lighting planner, designer, exporter, importer, manufacturer and wholesaler.

The switch is inside the folding arm, the lamp is lit when the arm is 45 degrees opened.

The success of this lamp is not only the design but it fits every purpose; desk lamp, table lamp, bedside lamp… During the 50 years of production, every colour was used, of course. Many colours are still in production and every year some new models are presented. There are many collectors of these lamps worldwide.

The lamps made for the American and Asian market are fitted with an E17 socket, almost similar with an E14 socket.

Sometimes you see this lamp sold as a design by Vico Magistretti, the famous Italian industrial designer. But those are false assumptions. Vico Magistretti designed lights and furniture for Artemide, Cassina, De Padova, Flou, Fritz Hansen, Kartell and Schiffini.

The Yamada Shomei Manon table lamp model ZM-002 received an iF Design Award in 1984. In the 1980s the Manon lamp was named Puff.

Mario Bertorelle designed a similar lamp in the late 1980s, early 1990s. It is also foldable with a similar switch mechanism and light bulb. The table lamp is named Disco.

Beware when you buy an old one, often the lampshade is a bit melted and damaged by using the wrong lamp. Also the plastic can be foxed by the sun. 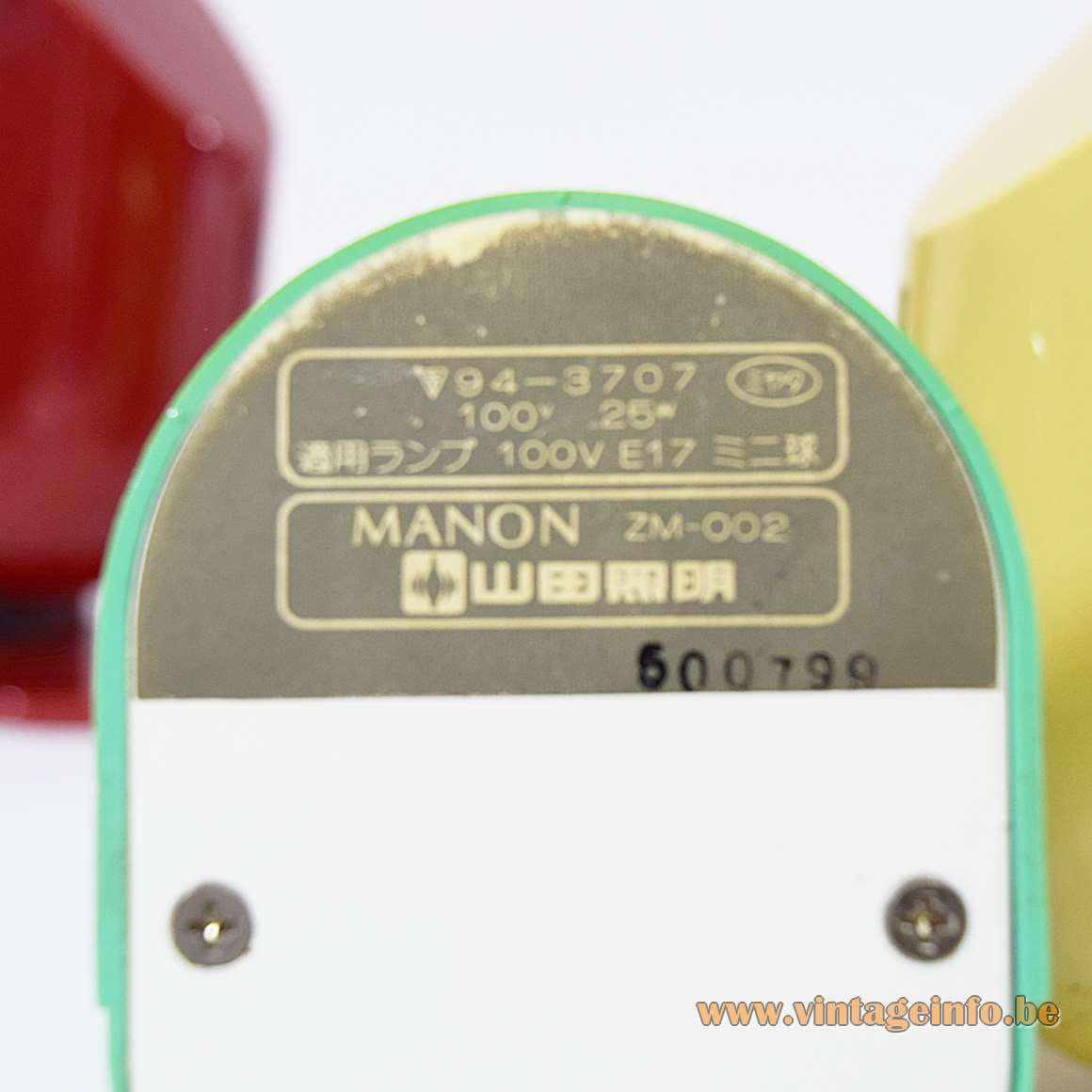 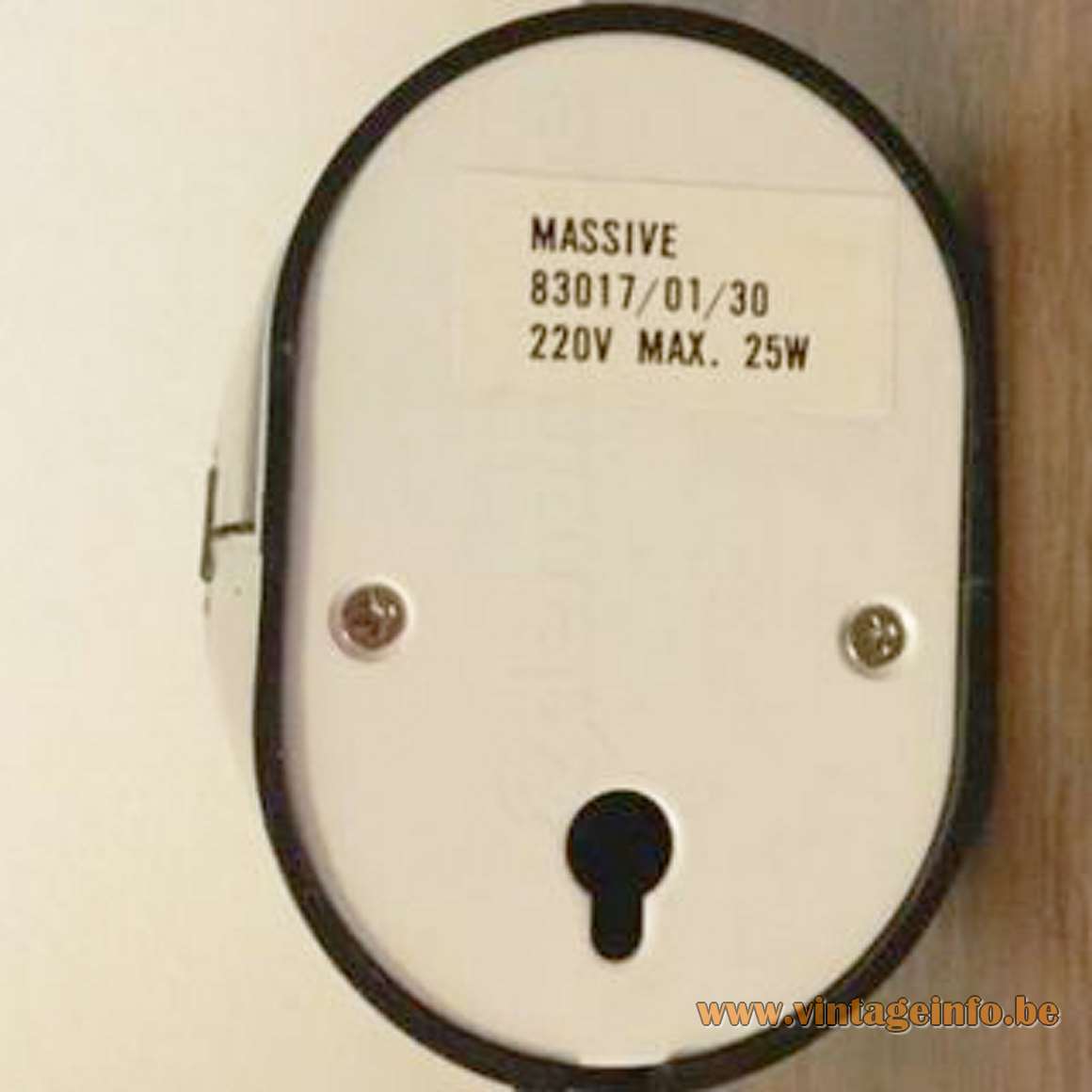 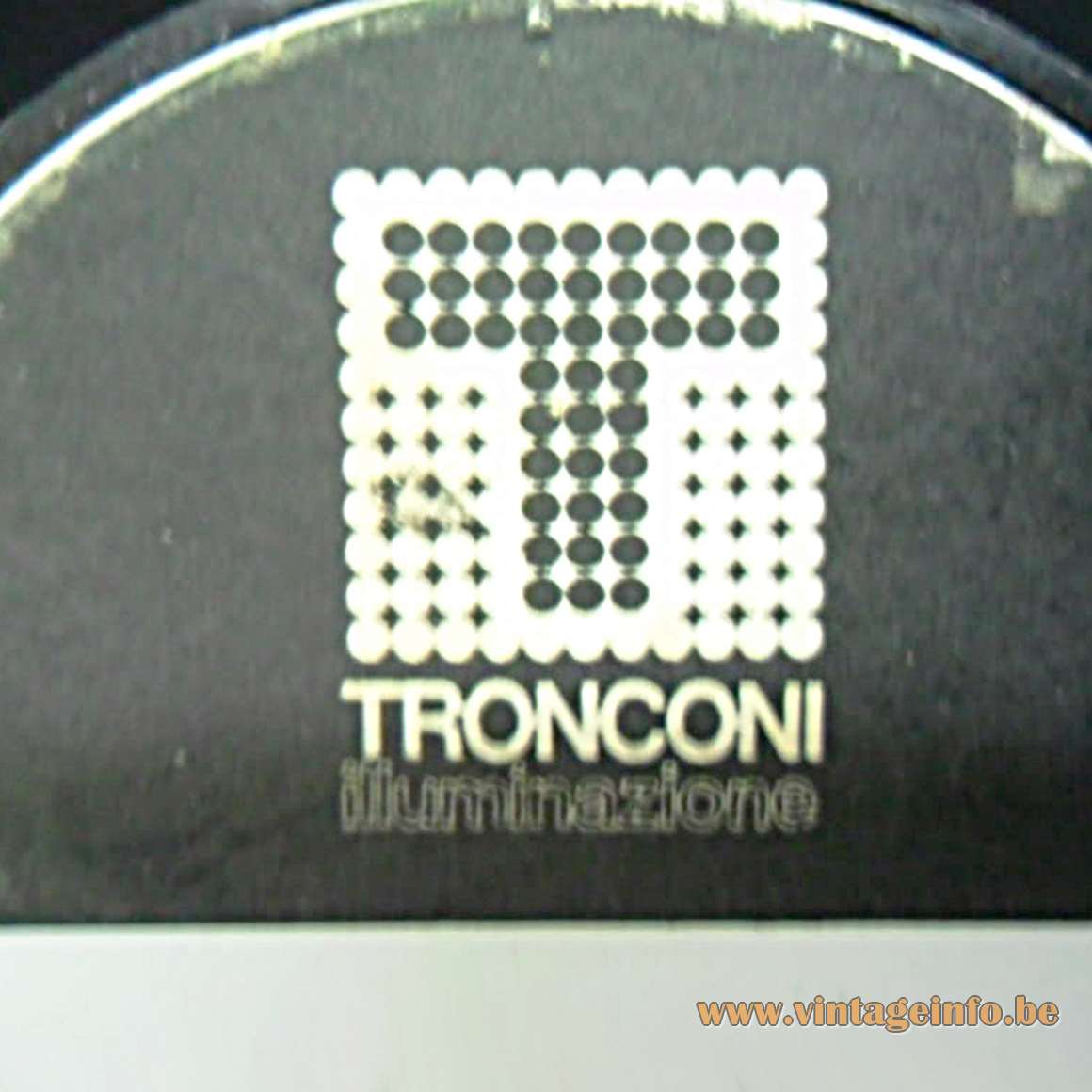 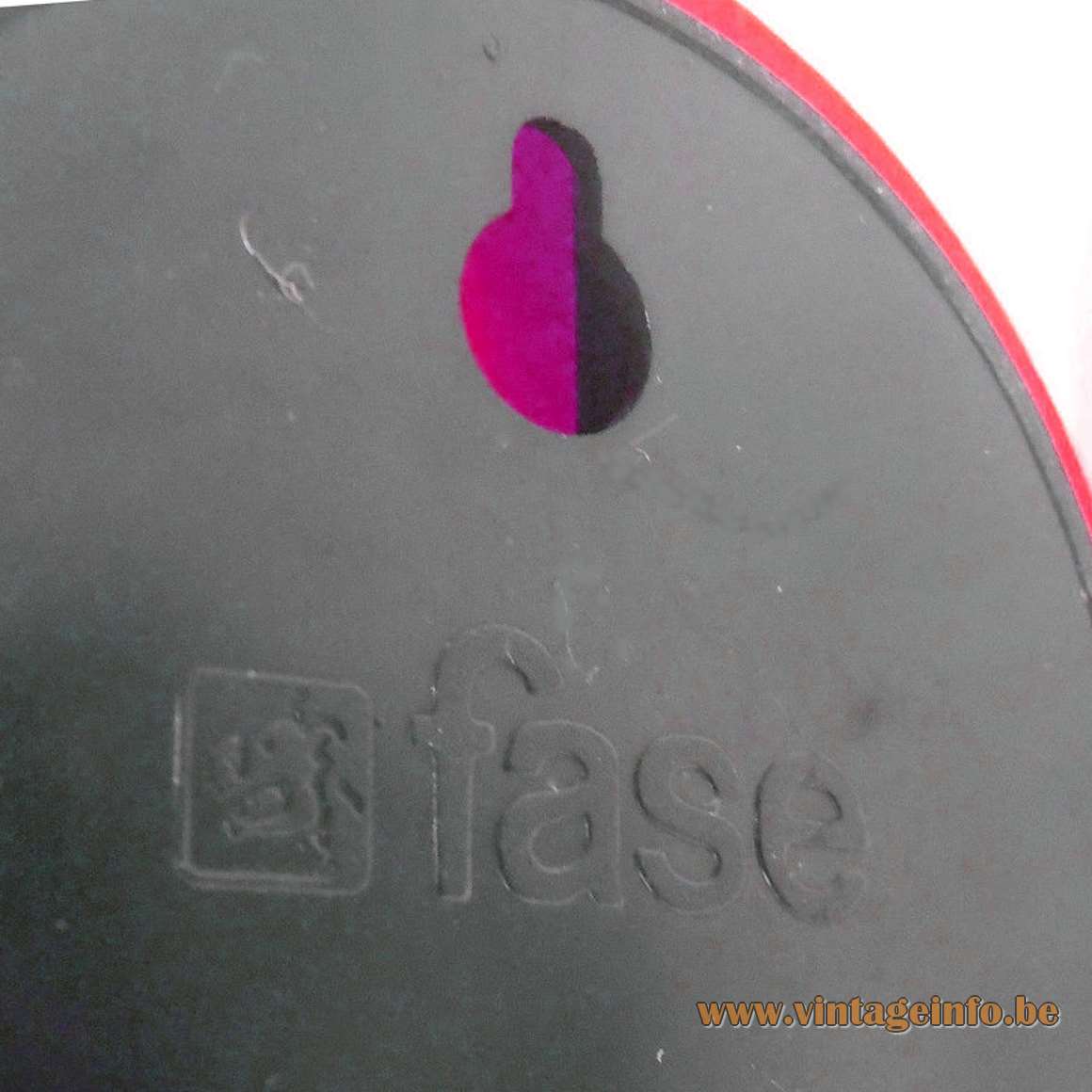 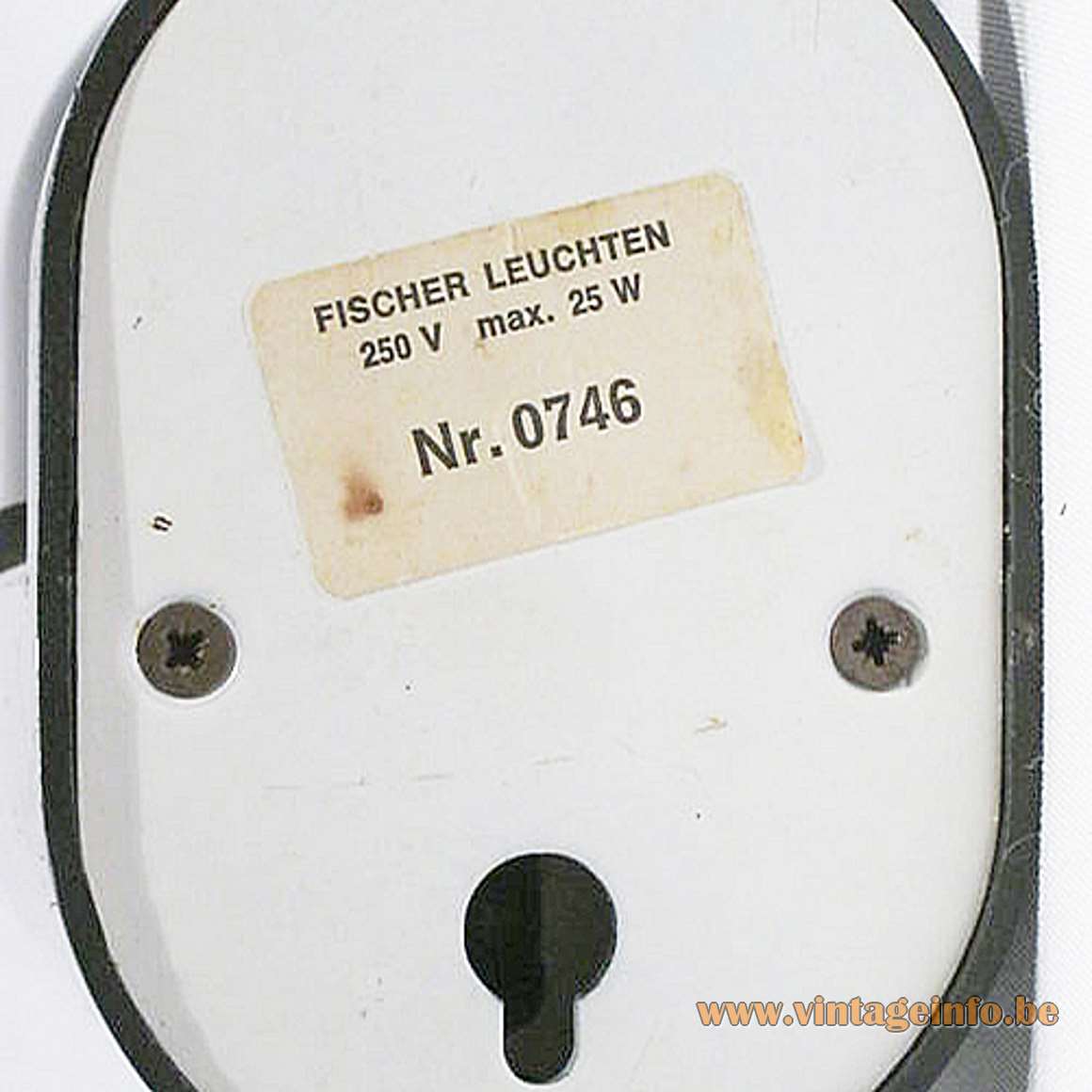