The André Ricard Tatù table lamp was used as a prop in the TV series Space: 1999 – Moonbase Alpha. 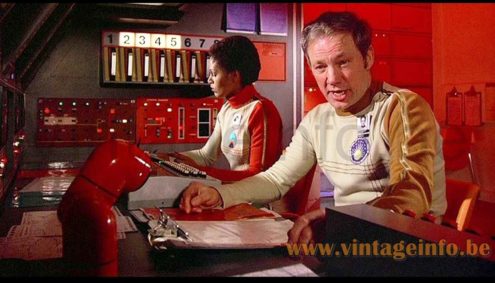 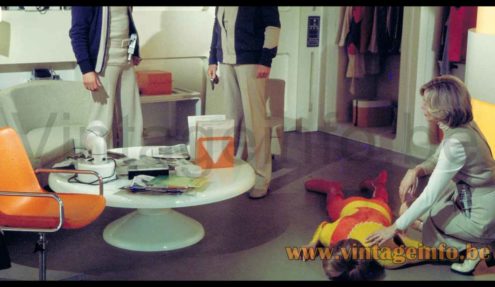 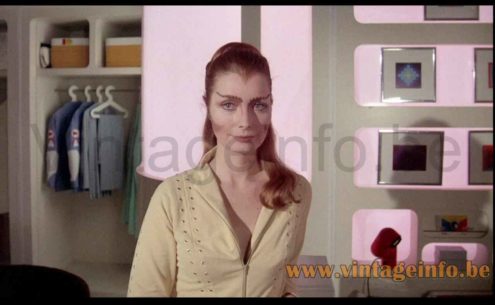 Many thanks to Santa & Cole for the photos.

He designed many lamps for Metalarte. This Tatu desktop spotlight from 1971 is his most famous. It received an iF Design Award in 1972.

Since 2018 the red and white version are back in production in a LED version. They are sold by another Spanish company: Santa & Cole.

The tatu, or armadillo, is a friendly mammal with a shell on its back that protects it when it rolls up into a ball. On a transoceanic flight, while reading about Argentinean wildlife and contemplating how the light above his seat did not disturb his sleeping wife next to him, André Ricard came up with this lamp that became a pop-art icon in Europe.