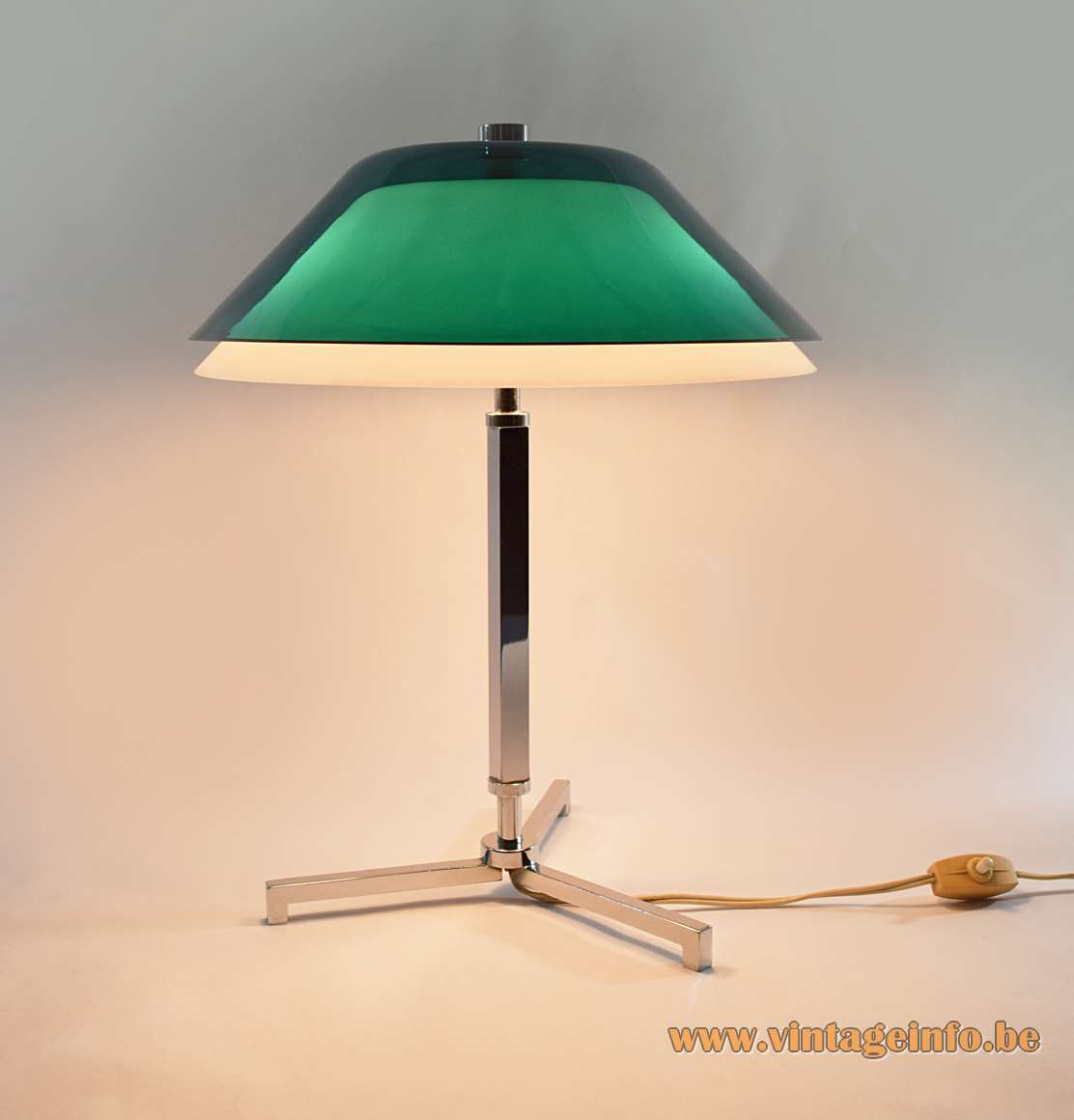 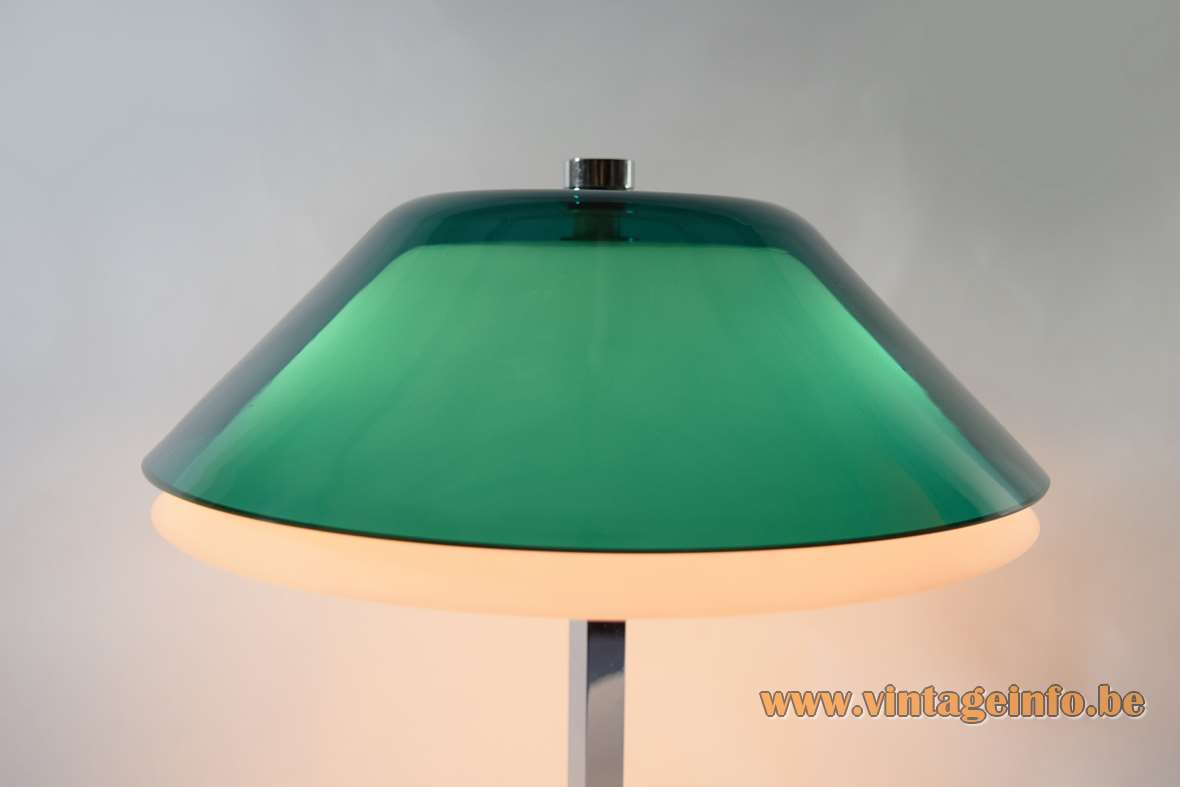 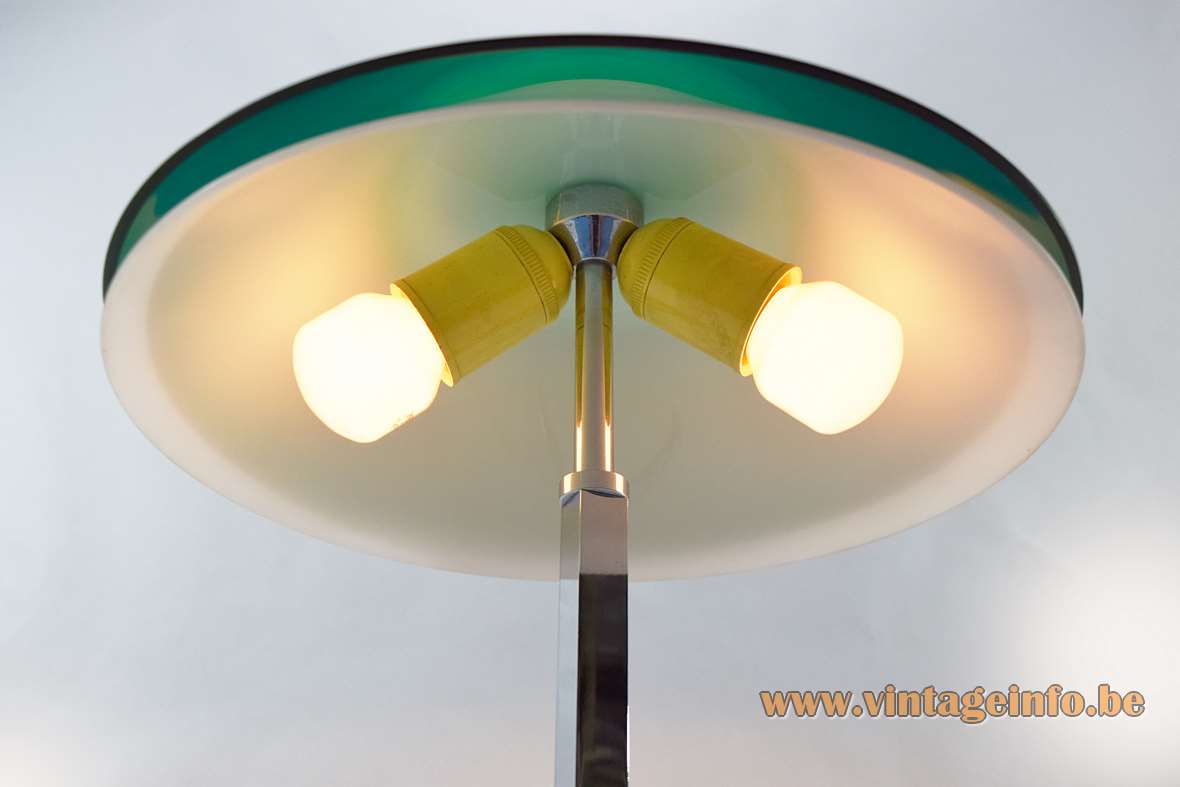 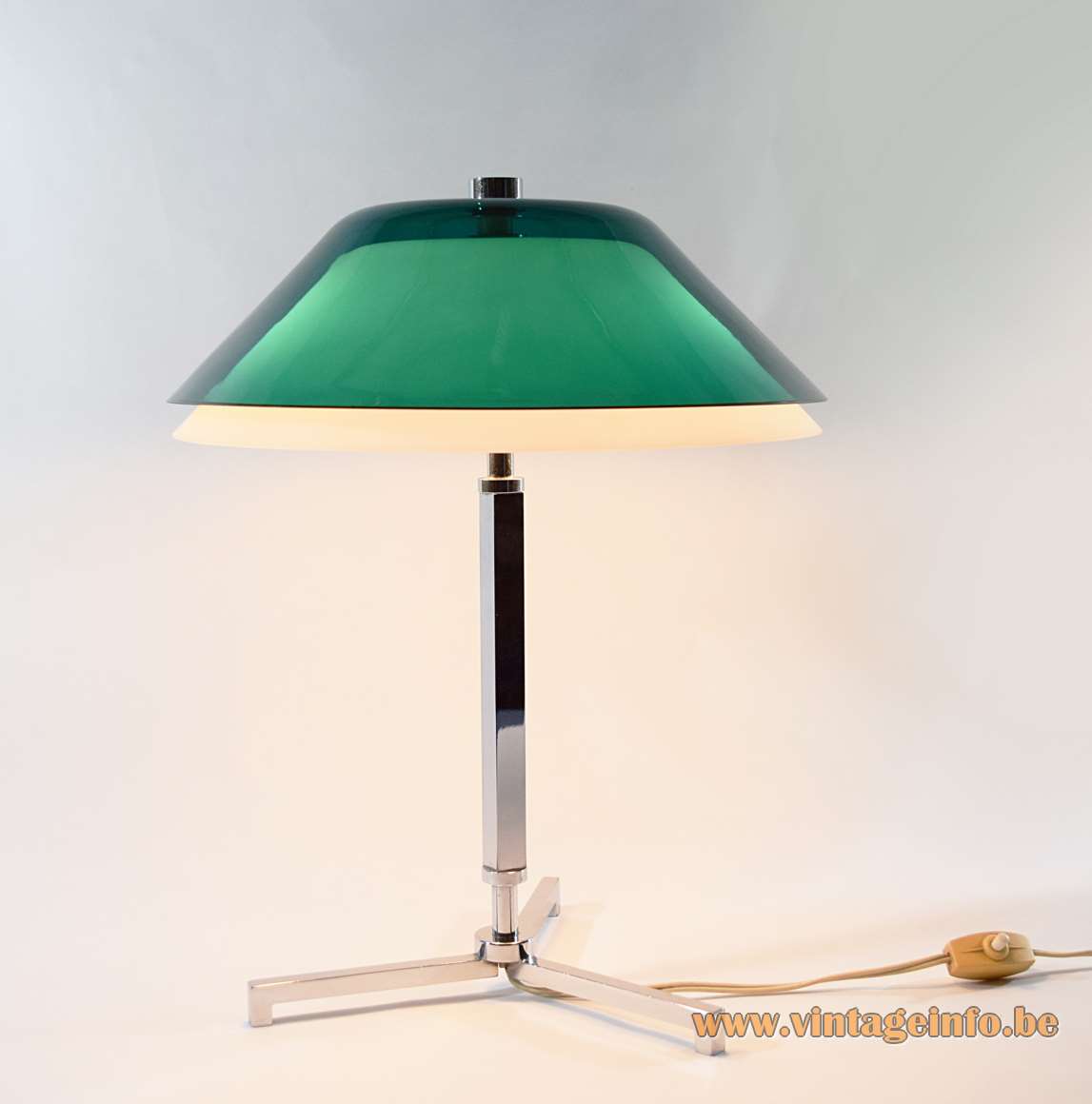 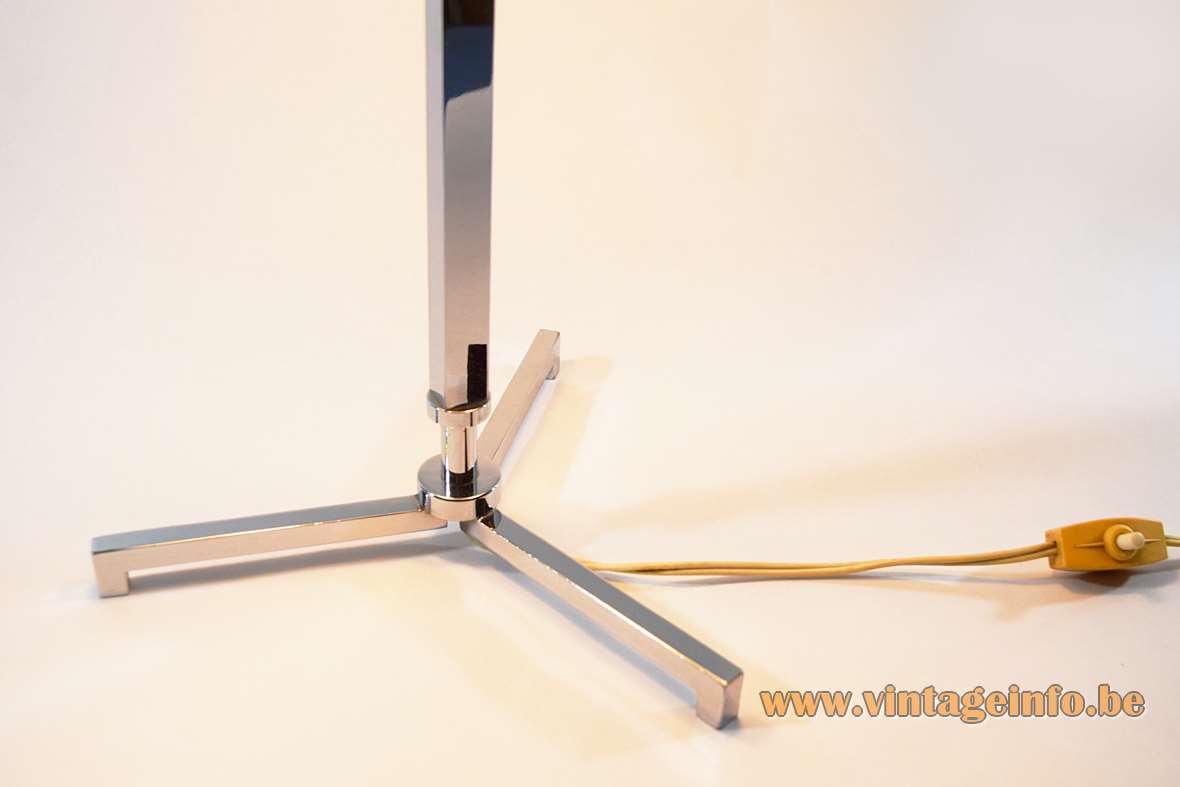 Other examples of this table lamp, with single or double lamp shade. 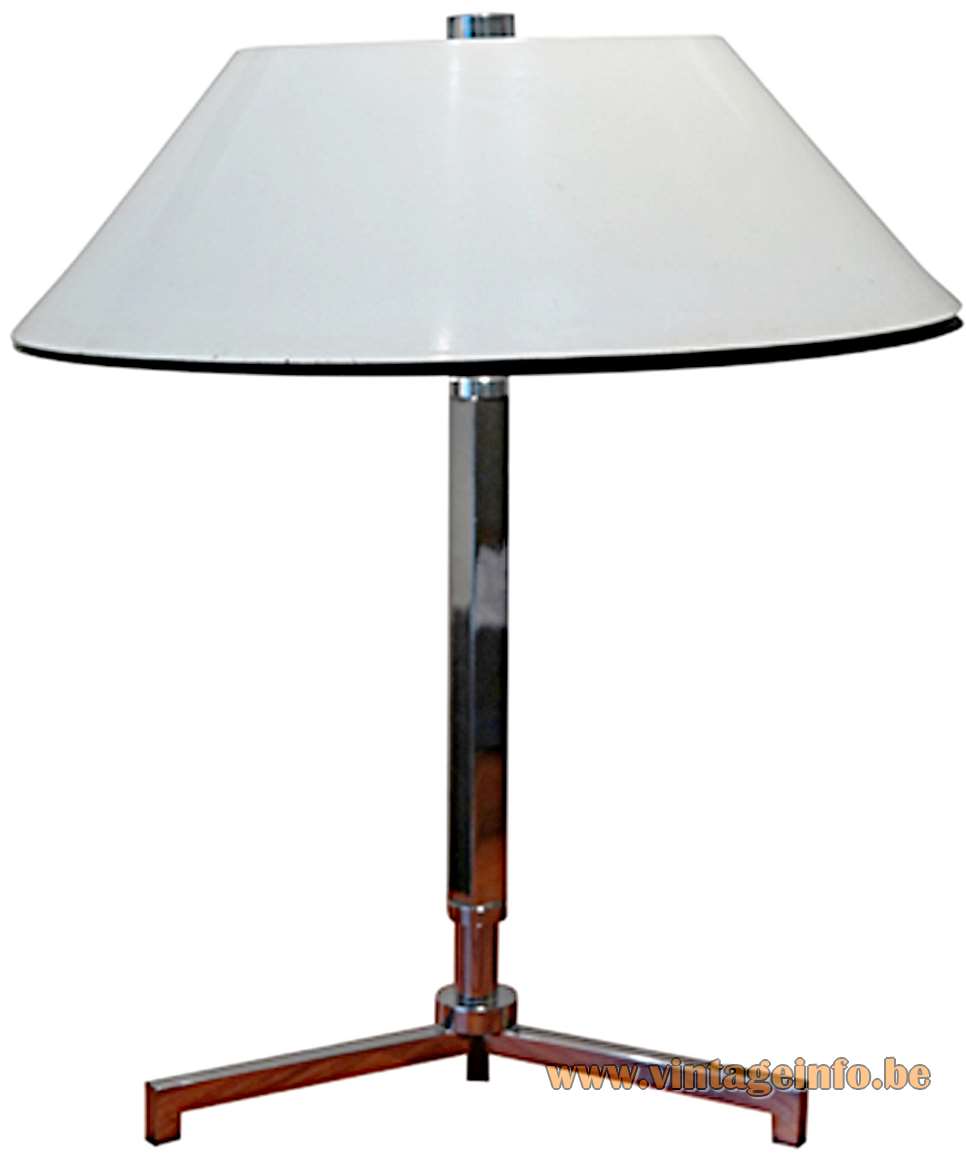 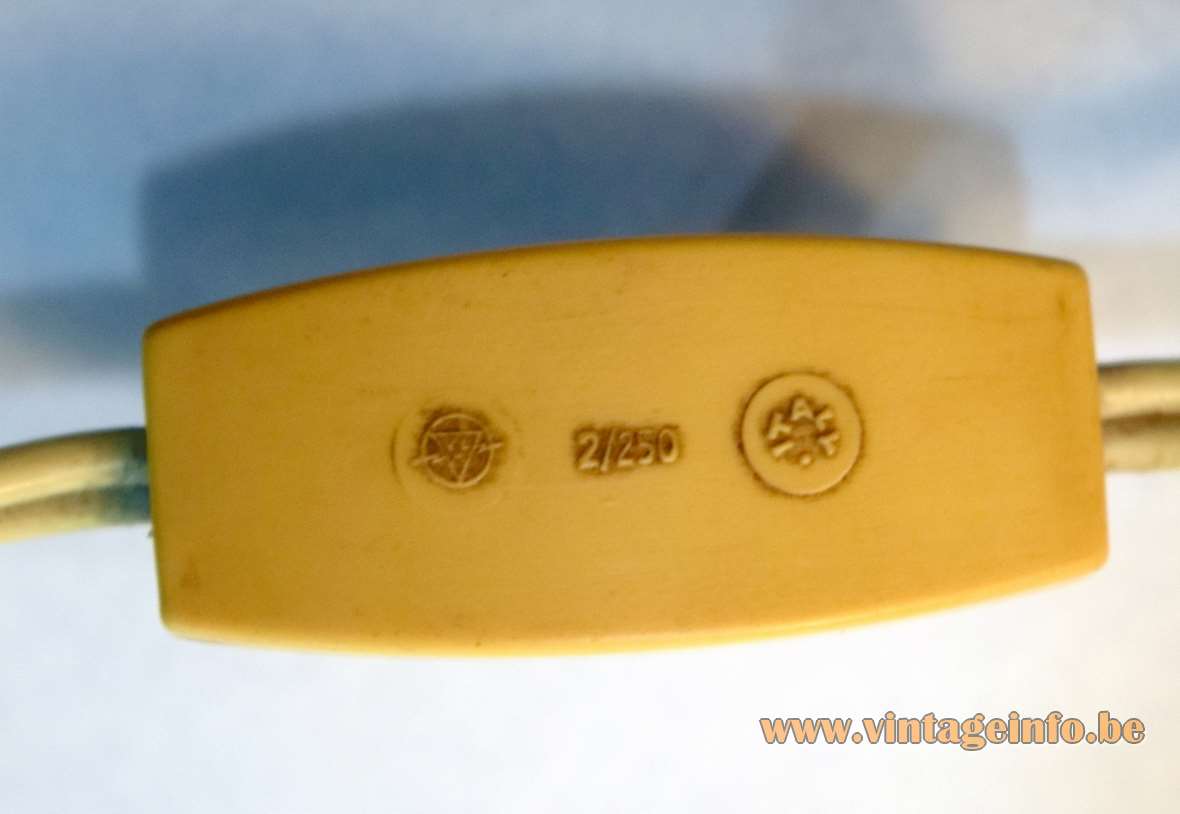 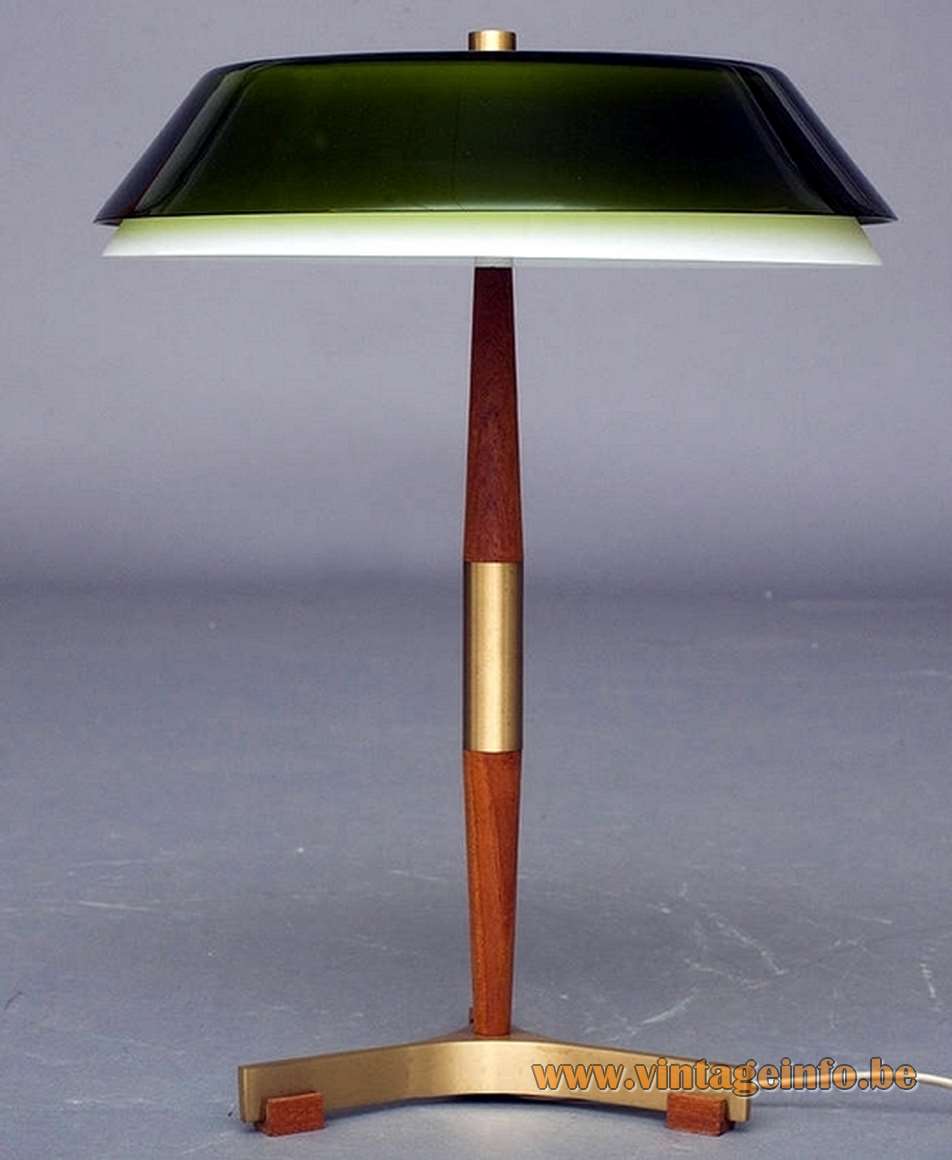 Materials: Thick chromed metal (iron and brass) square and round rods. The base is made in a tripod style. Double conical acrylic lampshade in white and transparent green. Chrome ornamental nut on top. White Bakelite E27 sockets.

Designer: To be appraised, inspired by a Jo Hammerborg design.

Other versions: This 1960s Senior style desk lamp exists with a single shade in white and black. Probably also made in several other colours. This lamp is always for sale as a Fog & Morup lamp designed by Jo Hammerborg, but it is not. Many variations exists of this table lamp, also sold with a normal round lampshade. These lamps were also made with a flat round black or chrome base and a ribbed rod.

The original Senior table lamp has a glass (double) shade and is made in green or lilac and white and is 45 cm high and 33 cm wide. Just a little bit bigger than this one (example of this beauty below).

The original Senior desk lamp appears for the first time in the Fog & Morup catalogue in 1966. It is very similar with the President desk lamp, also a Jo Hammerborg design.

This table lamp is a nice copy or interpretation in a rather high quality. The Belgium Massive company is notorious for this.

All the electric parts were produced by VLM Components in the 60s. The company was founded in 1945 in Buccinasco, a small village near Milan, Italy. The company became famous for the switches they produce since 1968, designed by Achille Castiglioni. 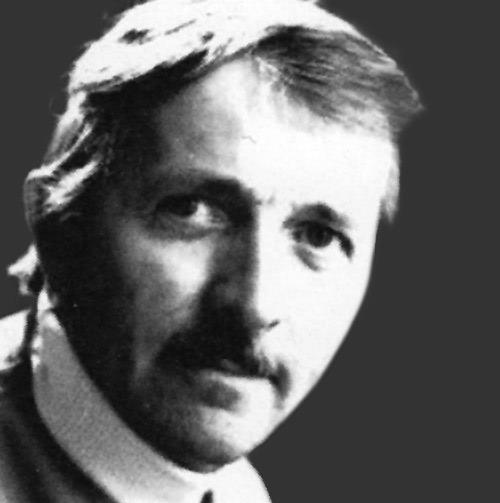 Johannes (Jo) Hammerborg was born on 4 February 1920 in Denmark.
In 1957 he became head of design at Fog & Mørup. Hammerborg was a prolific designer, personally creating some 100 lamps for Fog & Mørup and also collaborated with other designers in adapting their designs. Jo retired in 1980, only a short time before both his own death and the demise of the company.