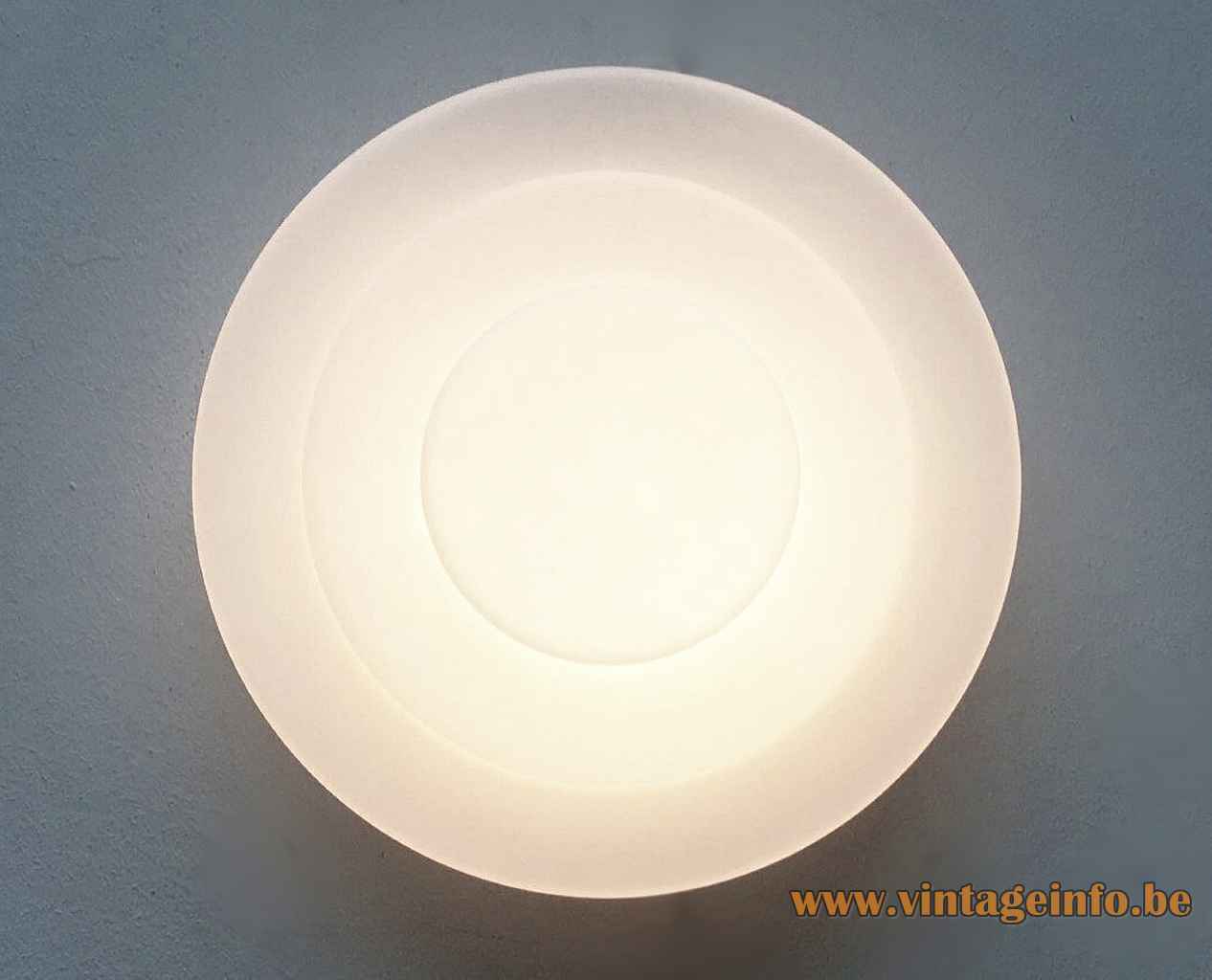 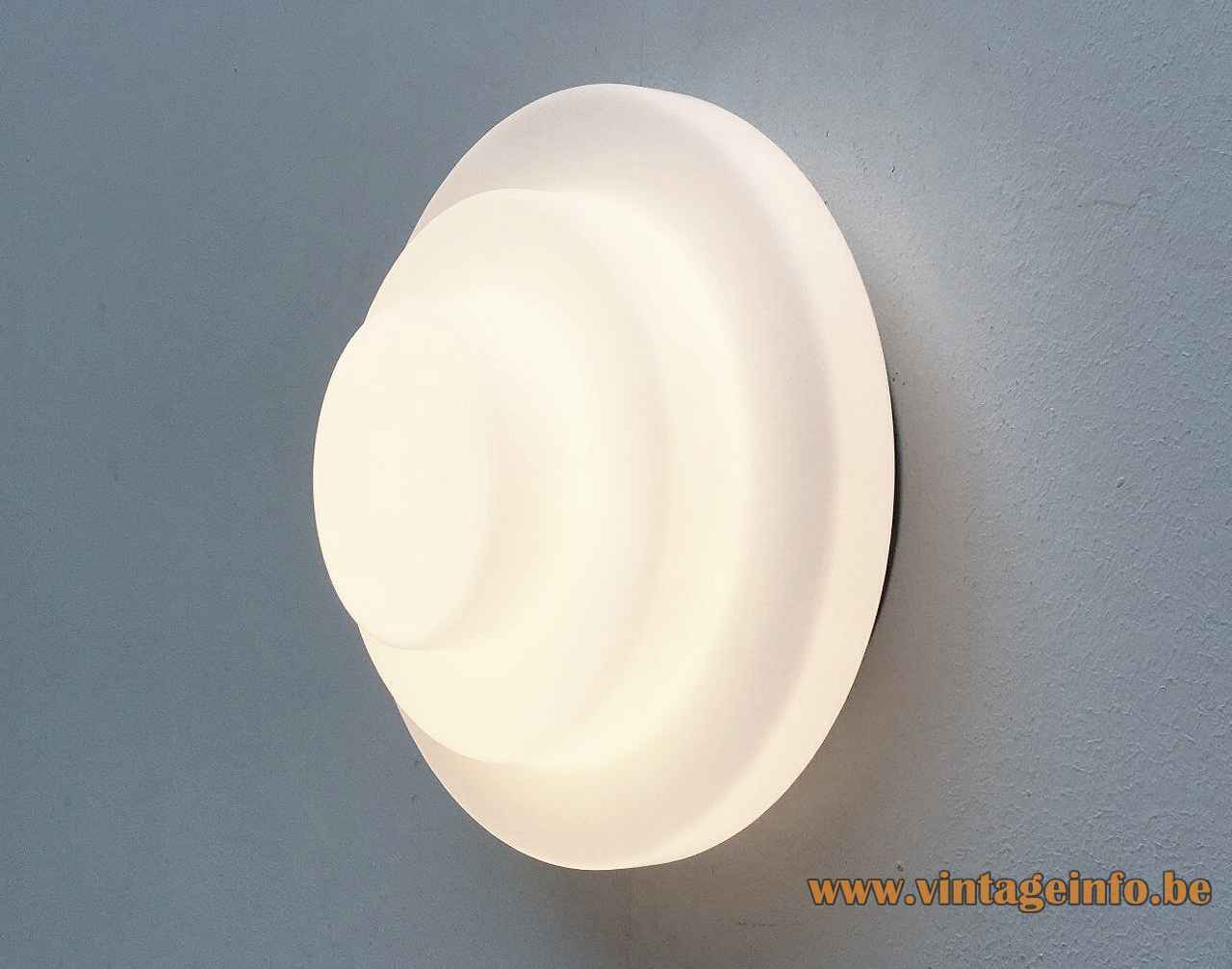 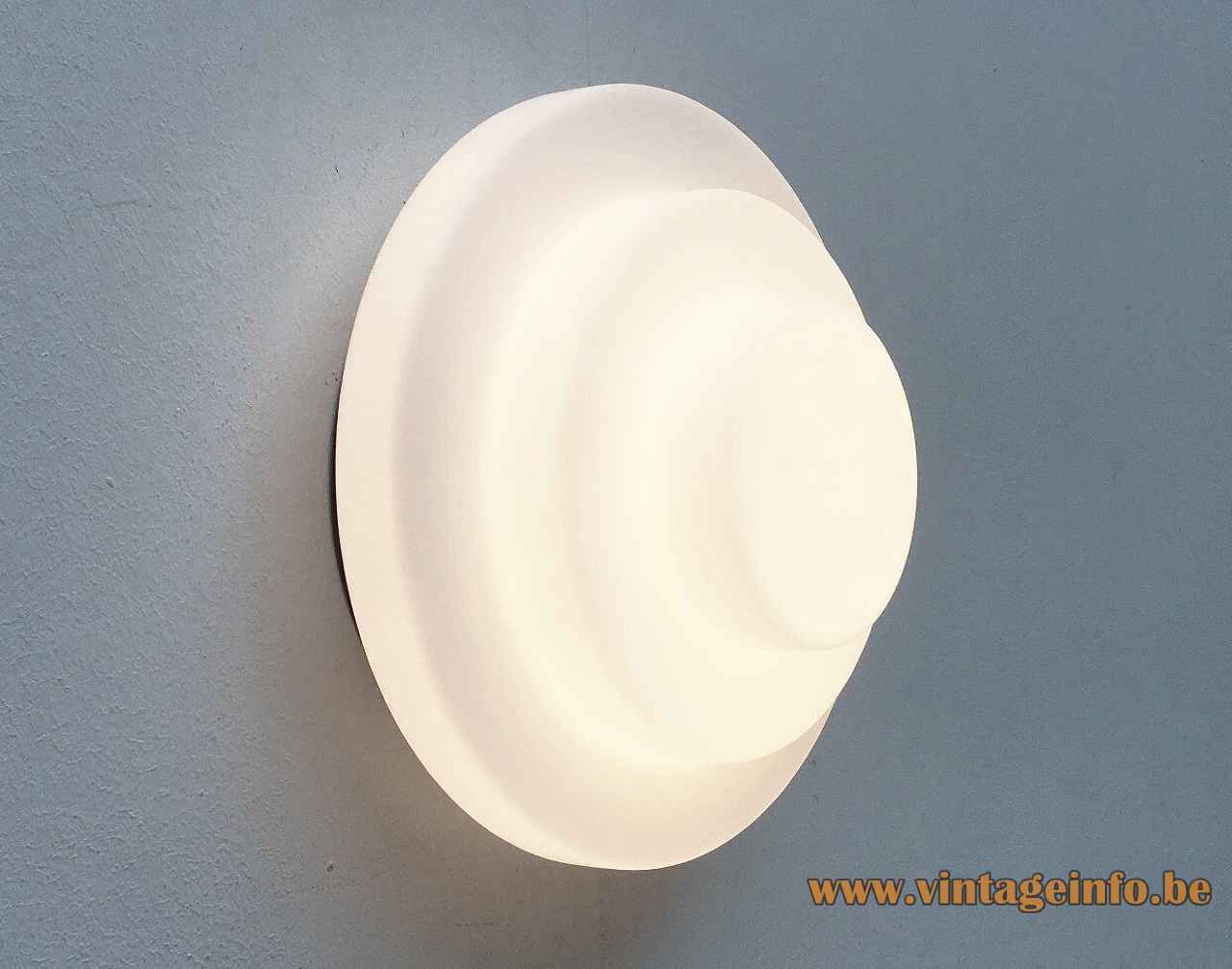 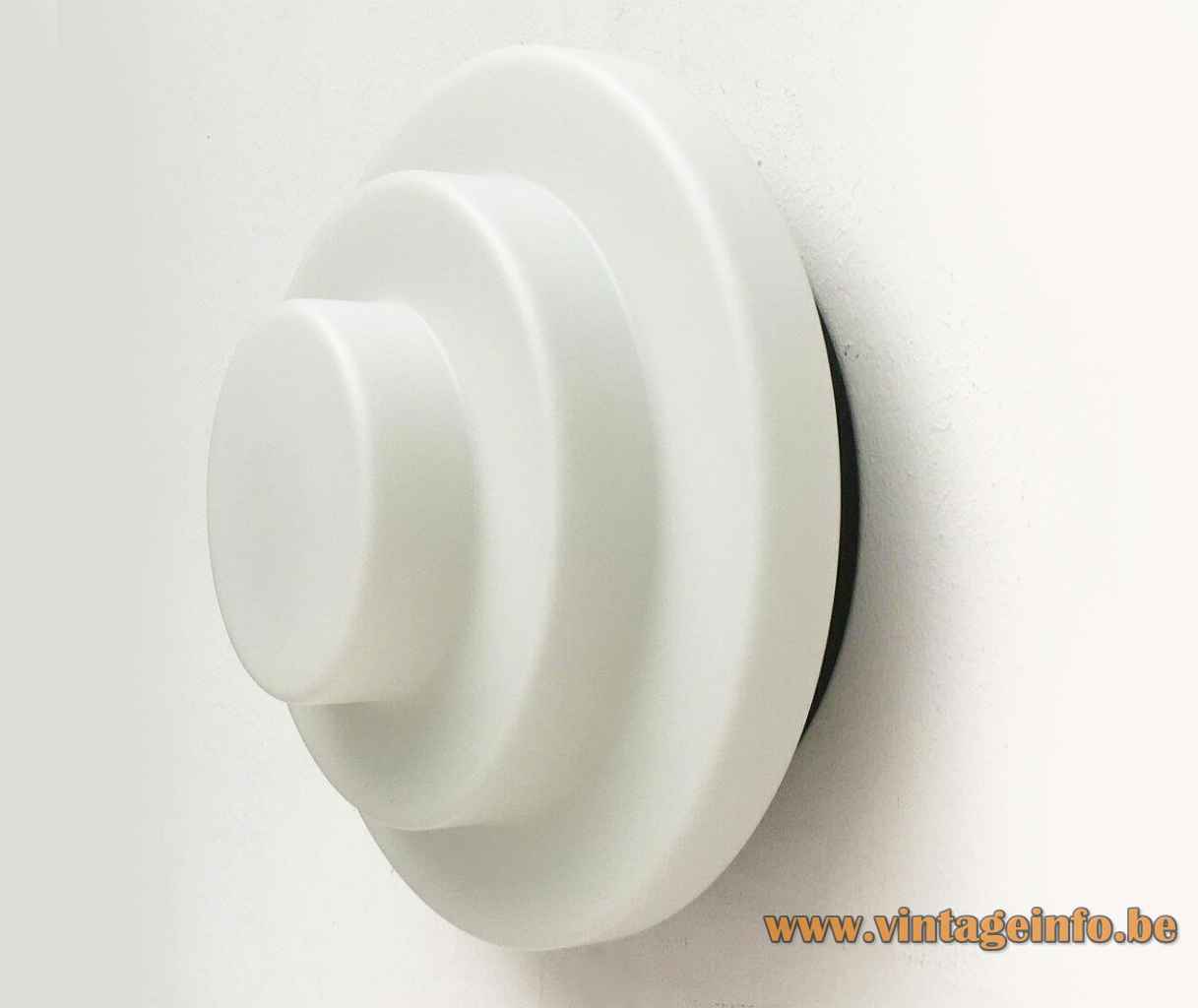 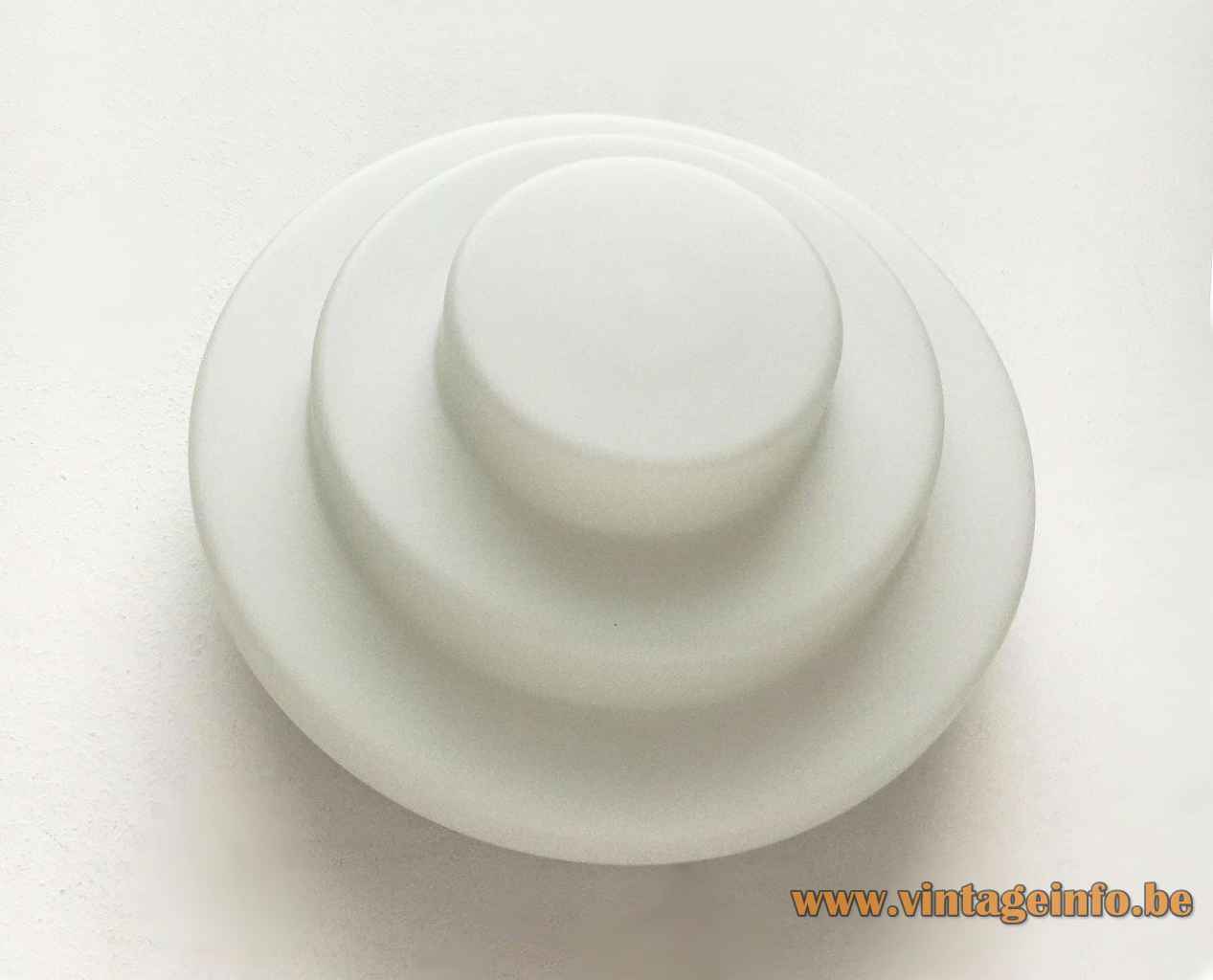 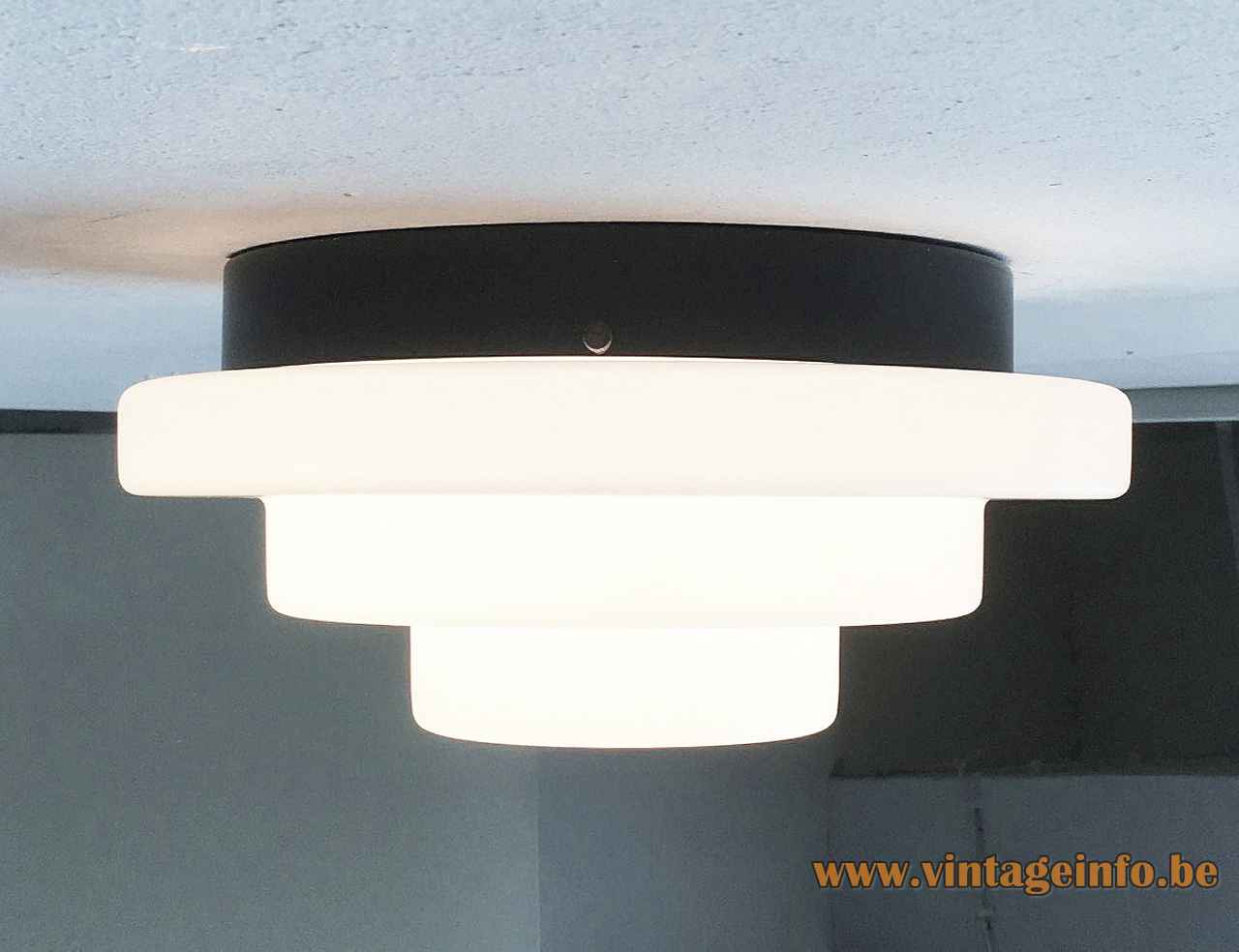 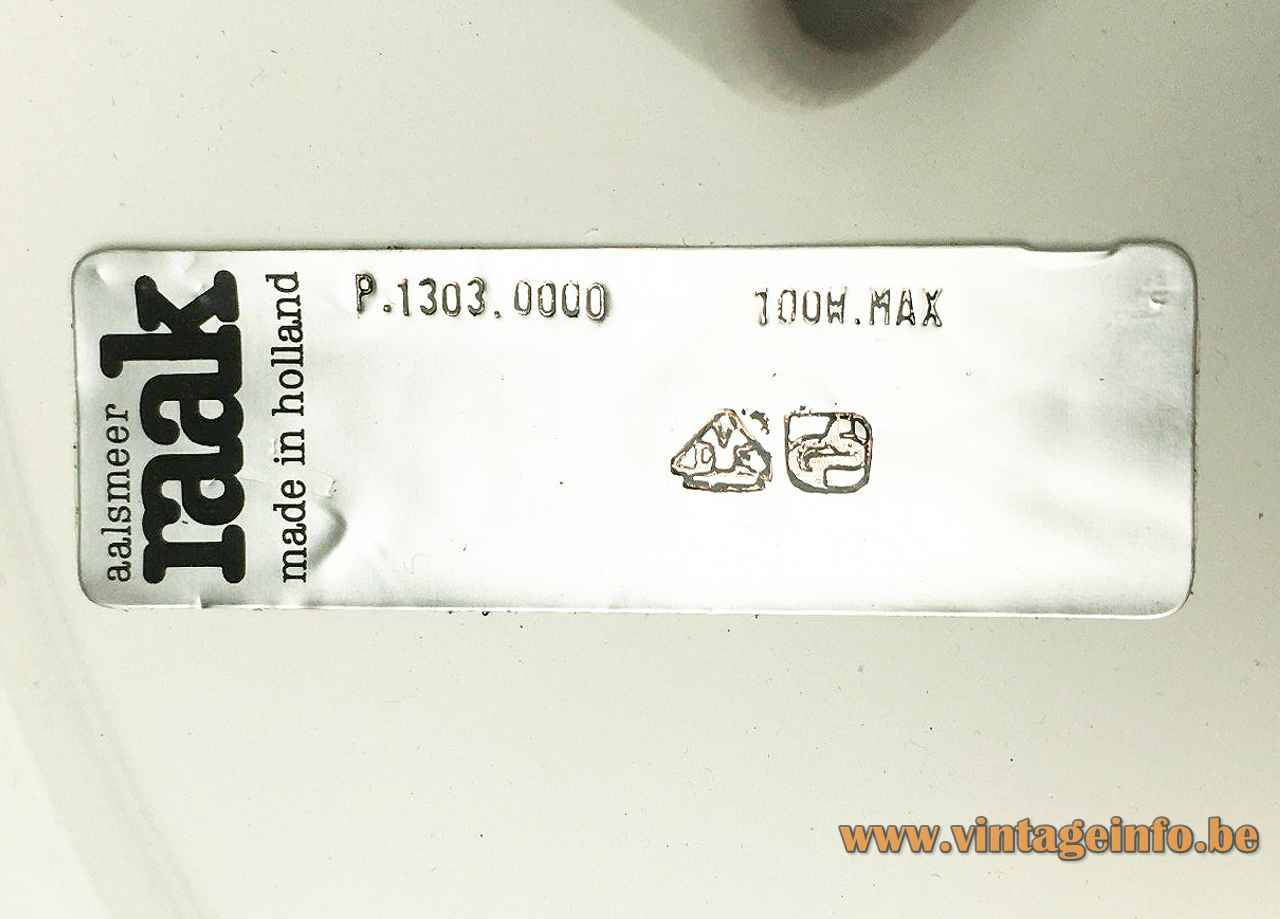 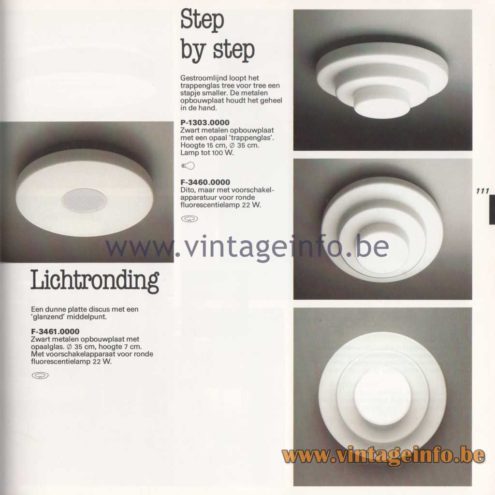 Other versions: The Raak Step By Step wall lamp also exists with a circular fluorescent tube of 22 watt, as you can see in the 1982 catalogue. It does not appear in catalogues from the 60s or 70s.

Translated text: “The staircase glass is streamlined, step by step a step narrower. The metal mounting plate keeps everything under control.”

The designer is not mentioned in the 1982 catalogue, unfortunately. But the designers named in the beginning of the catalogue are: Youri Agabekov, Bertrand Balas, Maija Liisa Komulainen, Nanny Still McKinney, Sergio Asti, Paul Driessen and Gioto Stoppino. Maybe it is one of those designers.