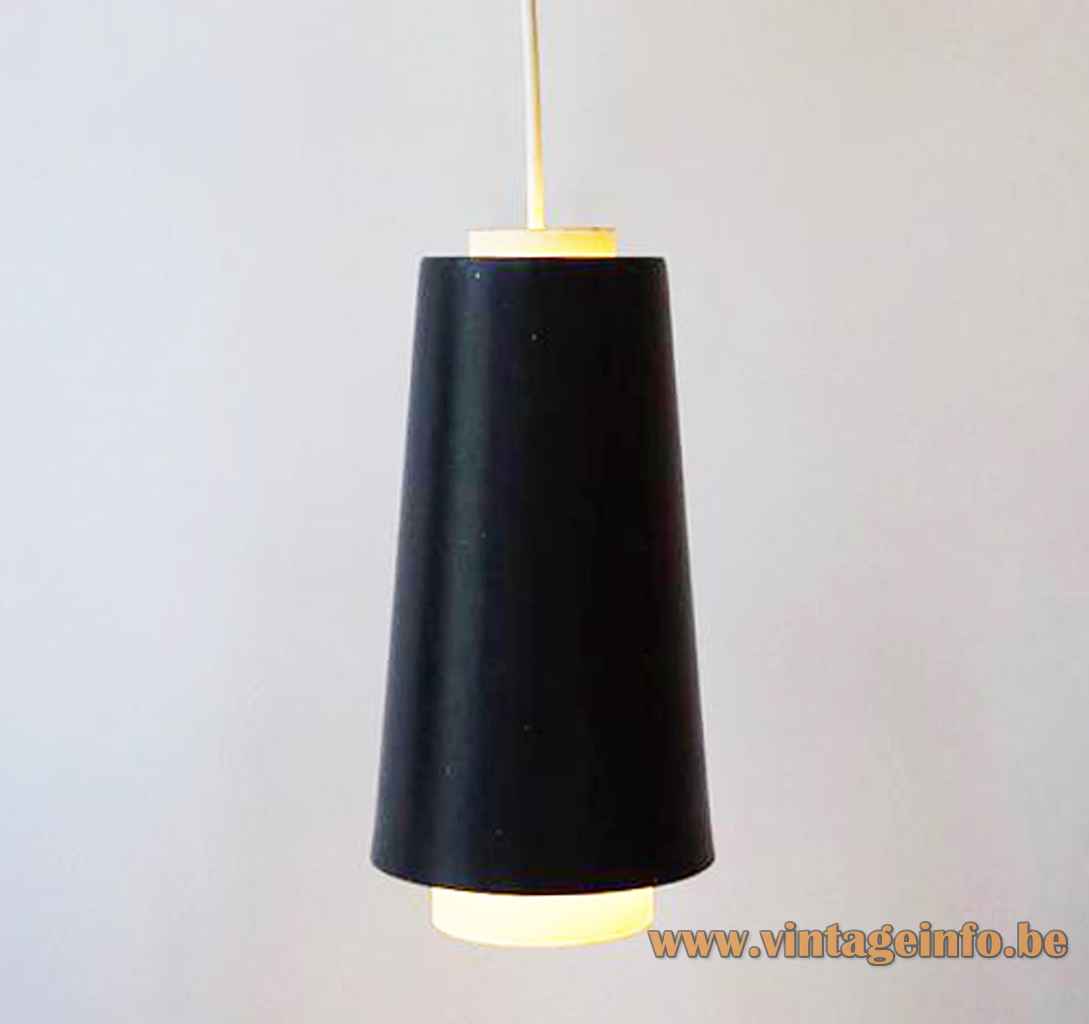 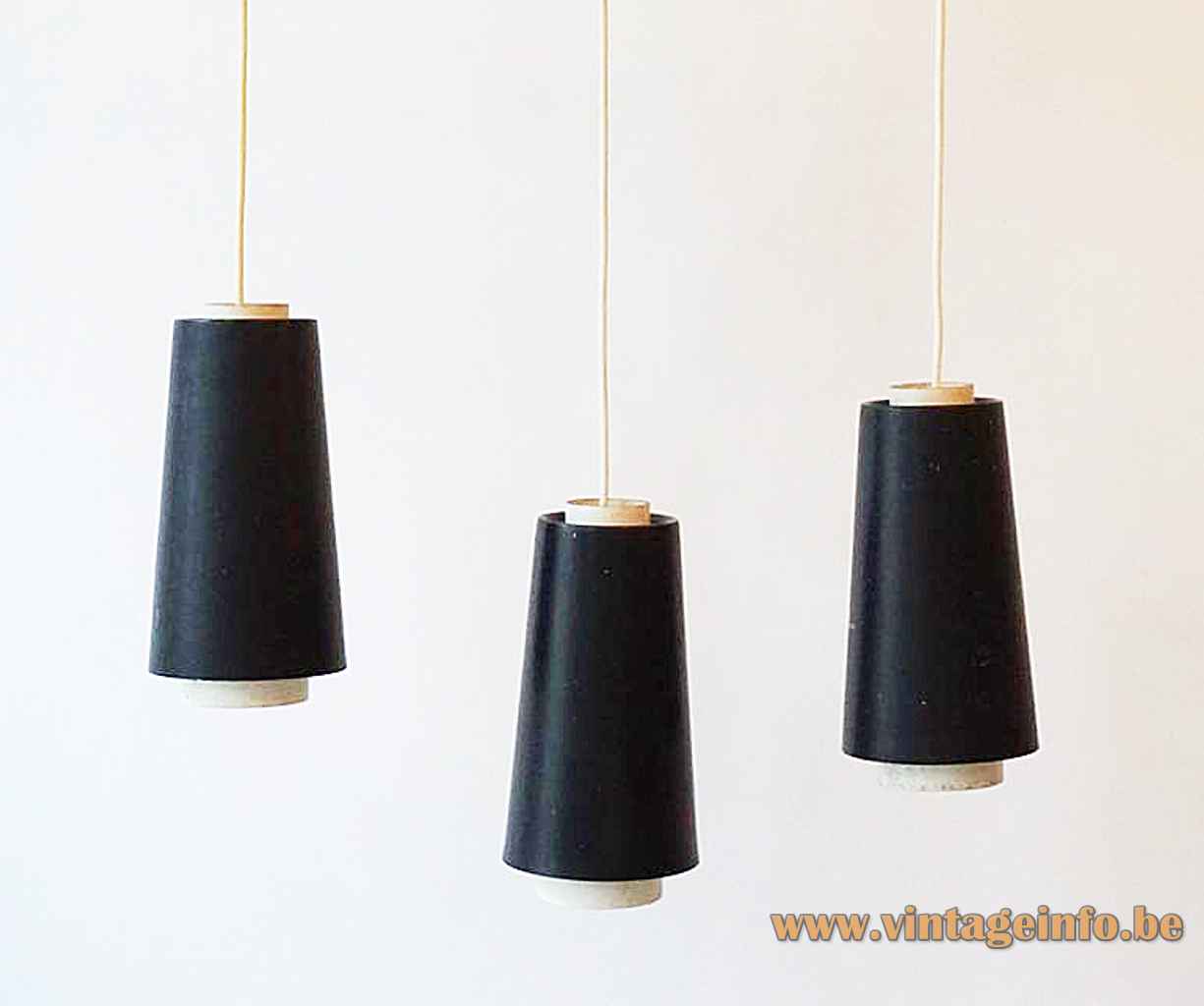 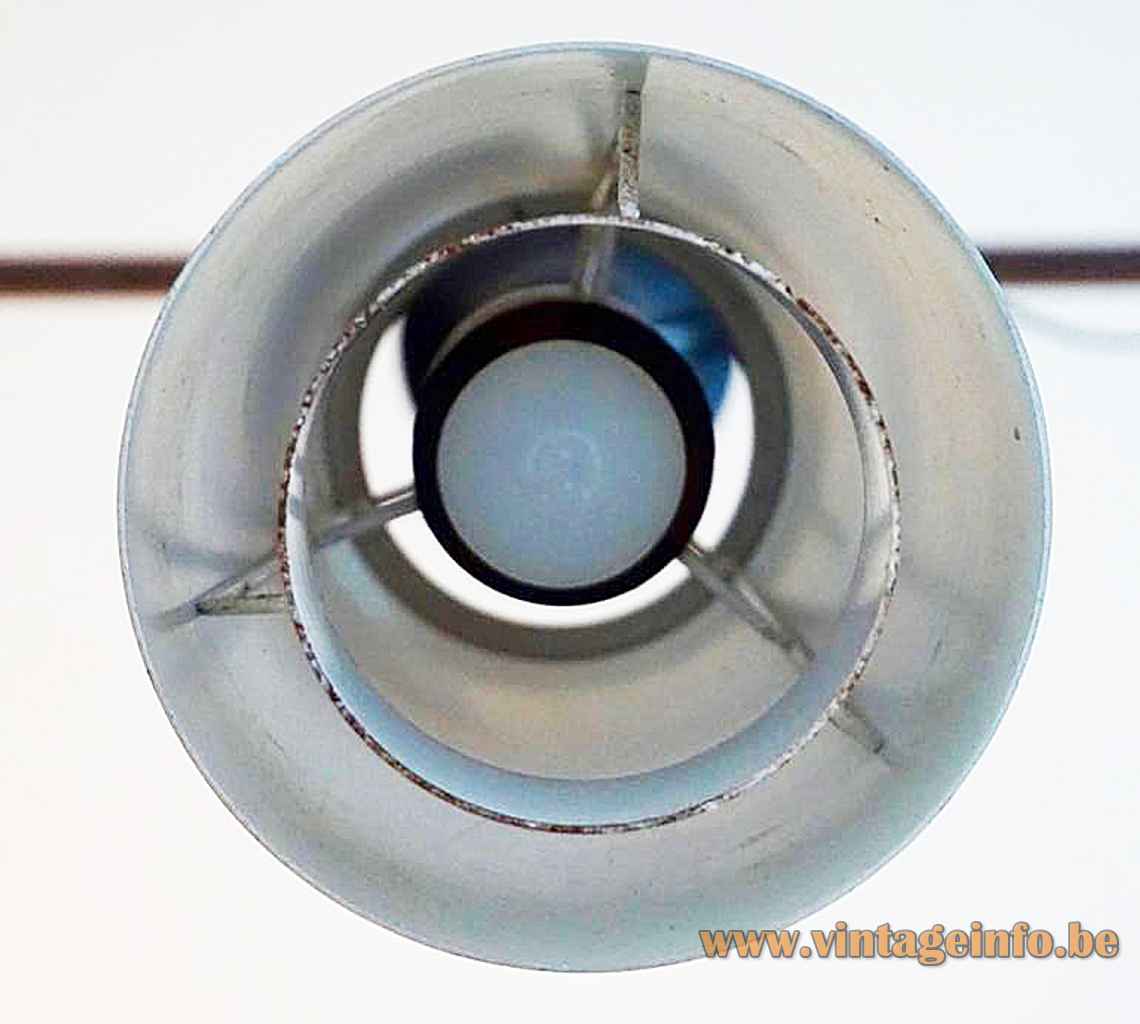 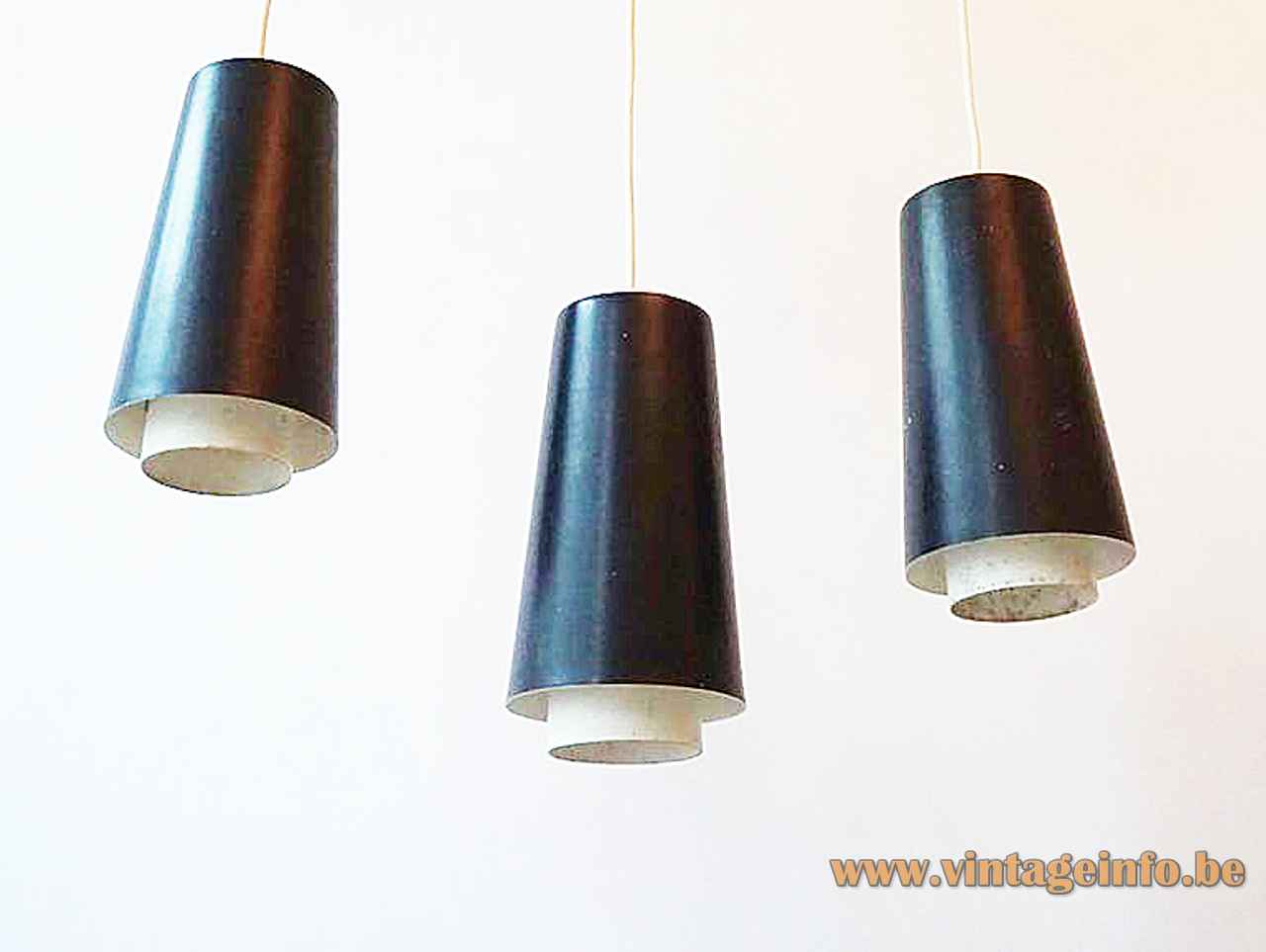 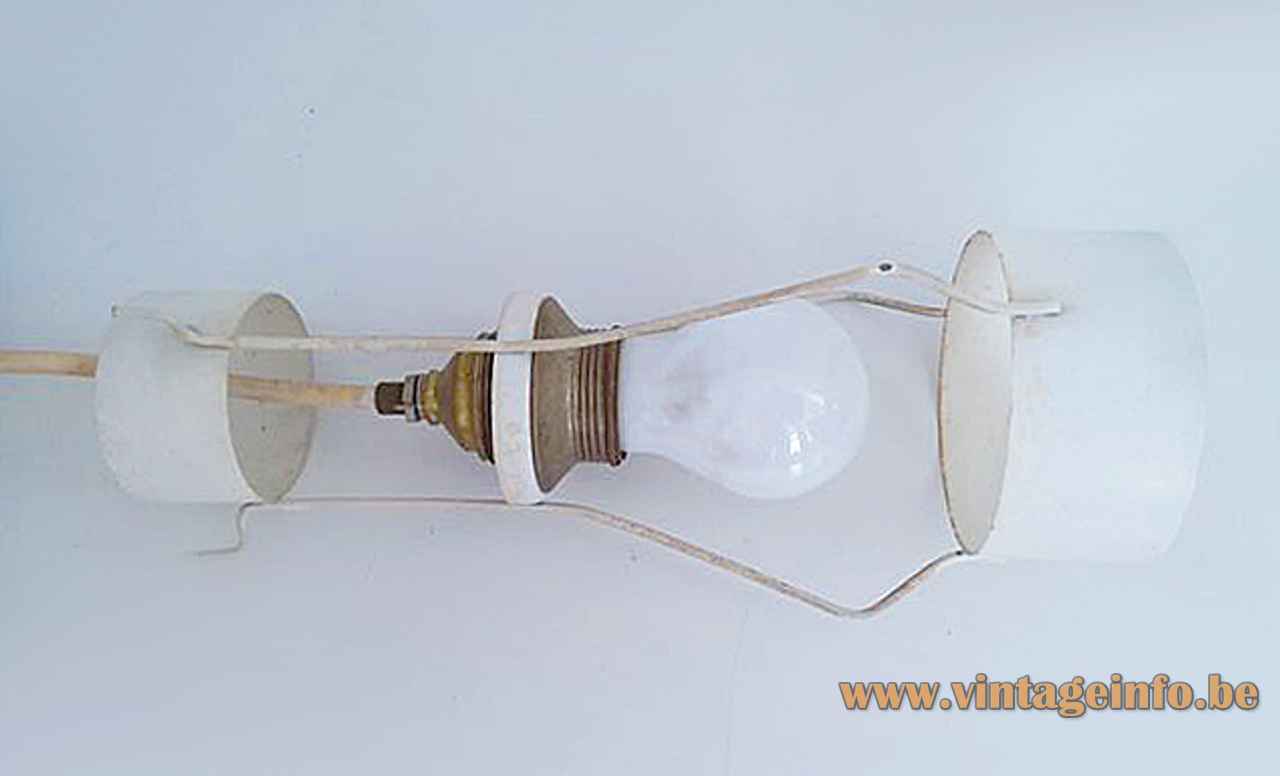 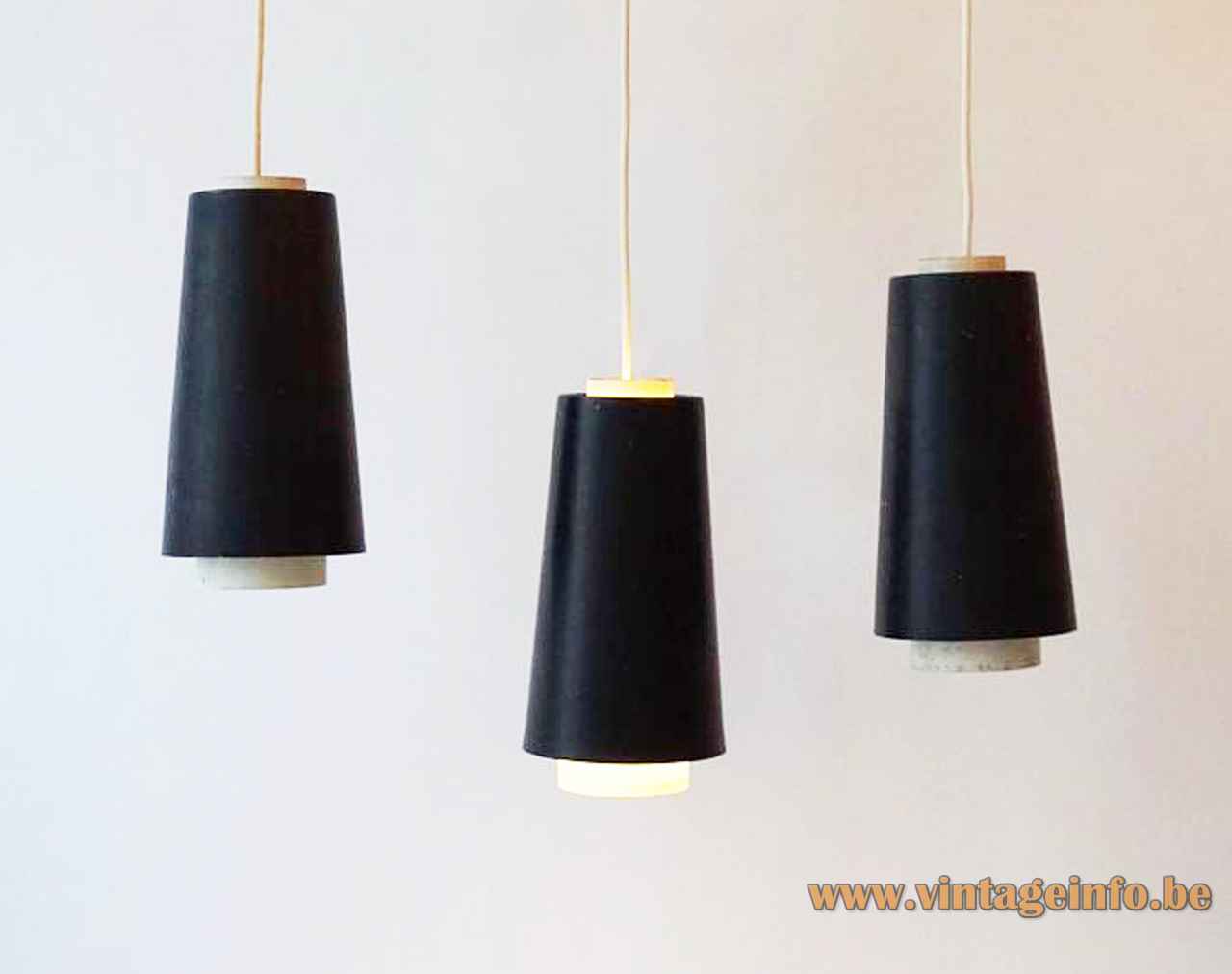 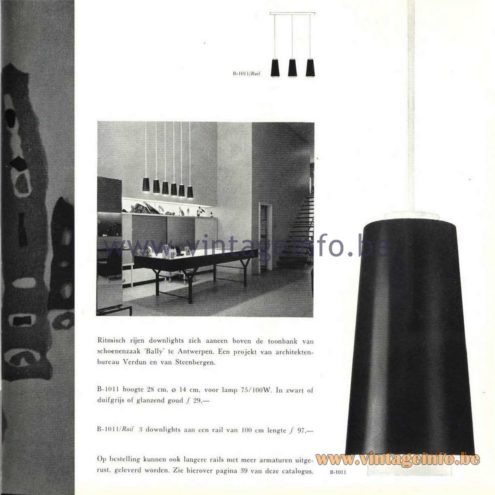 Rhythmically rows of downlights are arranged above the counter of shoe store ‘Bally’ in Antwerp. A project by the architectural firm of Verdun and van Steenbergen.

Longer rails with additional luminaires can also be supplied on request. See: on this page 39 of this catalogue.

Other versions: The Raak B-1011 pendant lamp exists in grey and gold coloured metal. It was made in 1 size. Made for a rail and pendant chandelier.

A set of 4 Raak B-1011 pendant lamps appear in the 2022 Dutch TV series Zwarte Zwanen (Black Swans), season 8, episode 1. It is a documentary series by Omroep MAX. These pendant lamps are hanging in a courtroom somewhere in The Netherlands. 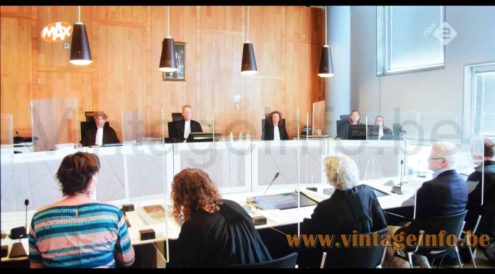