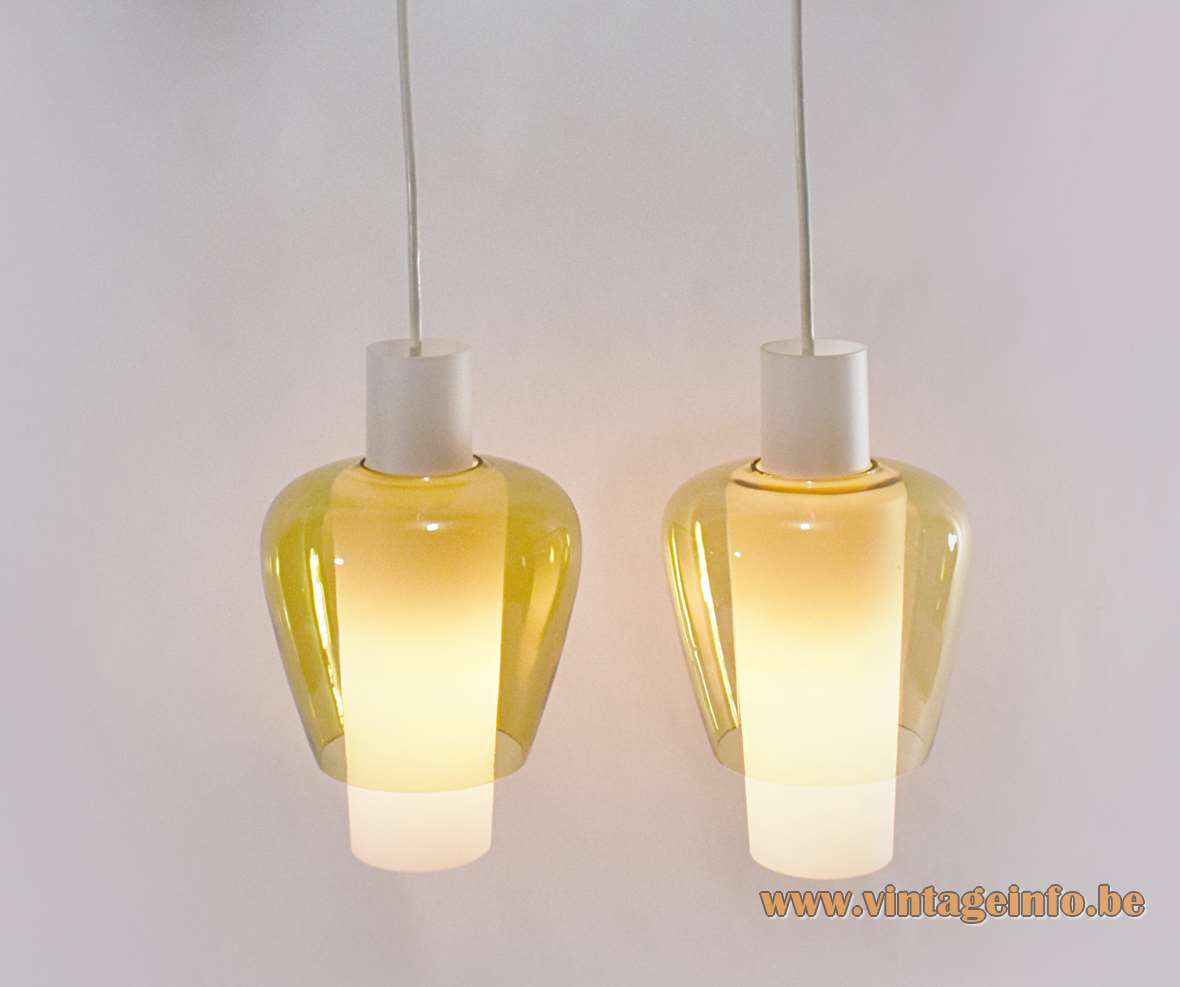 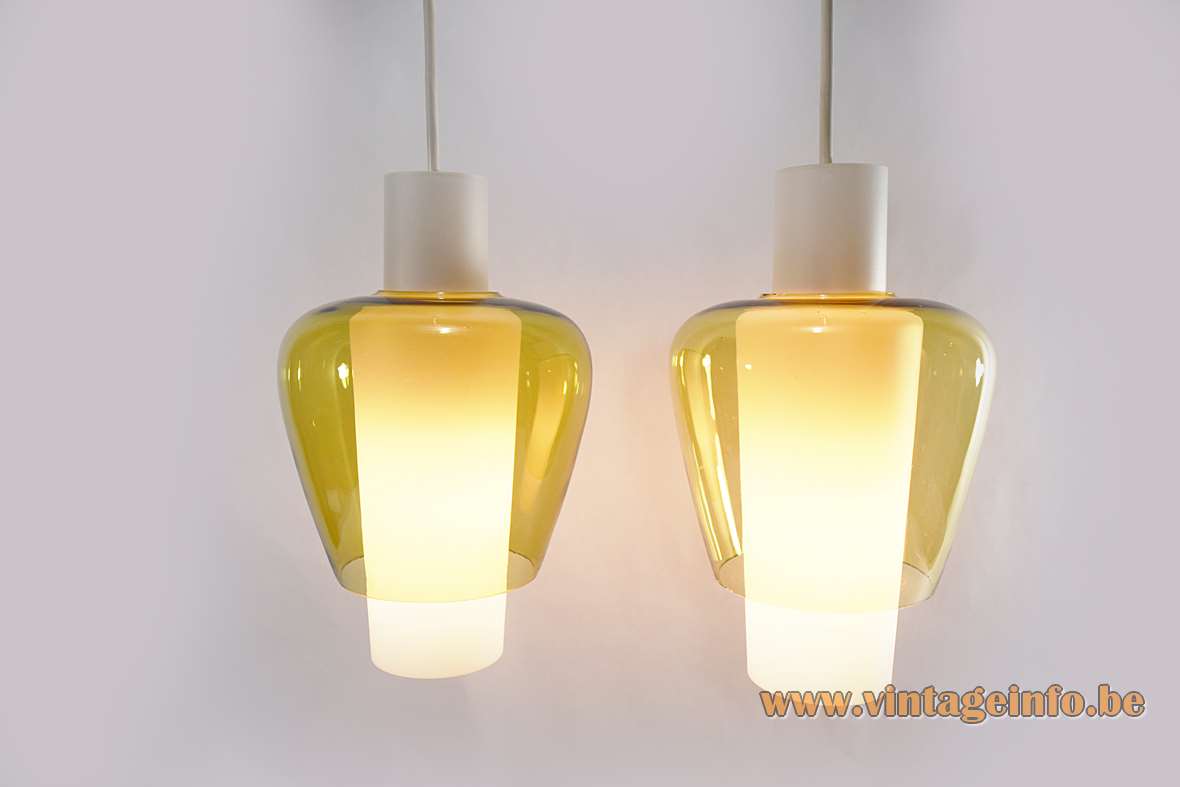 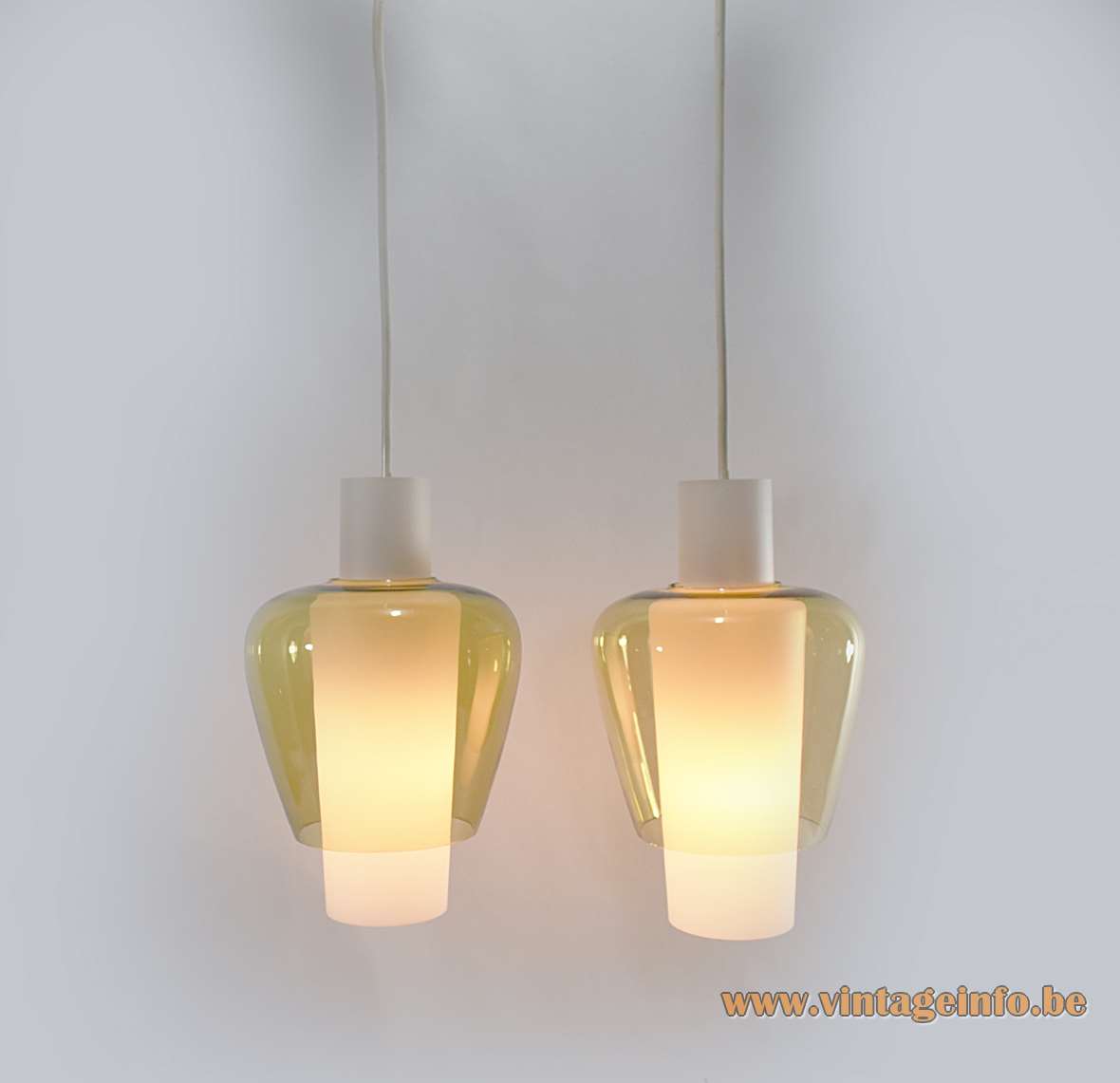 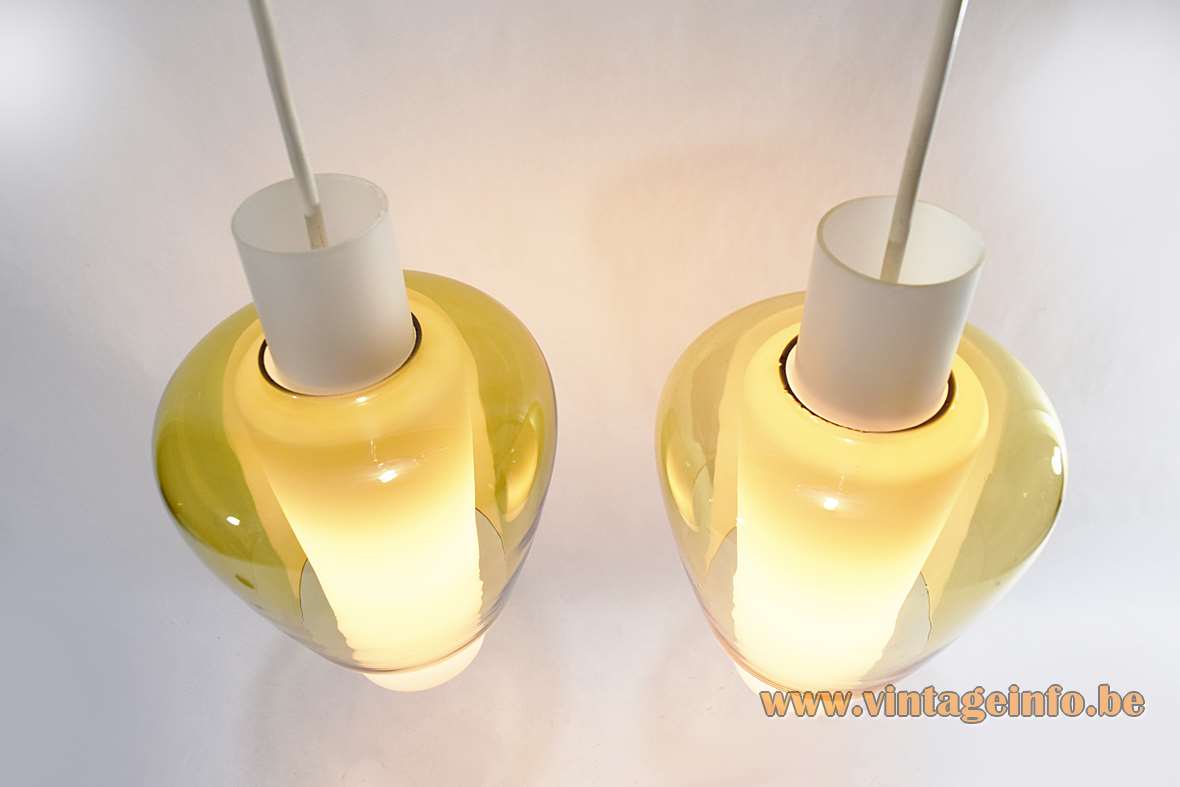 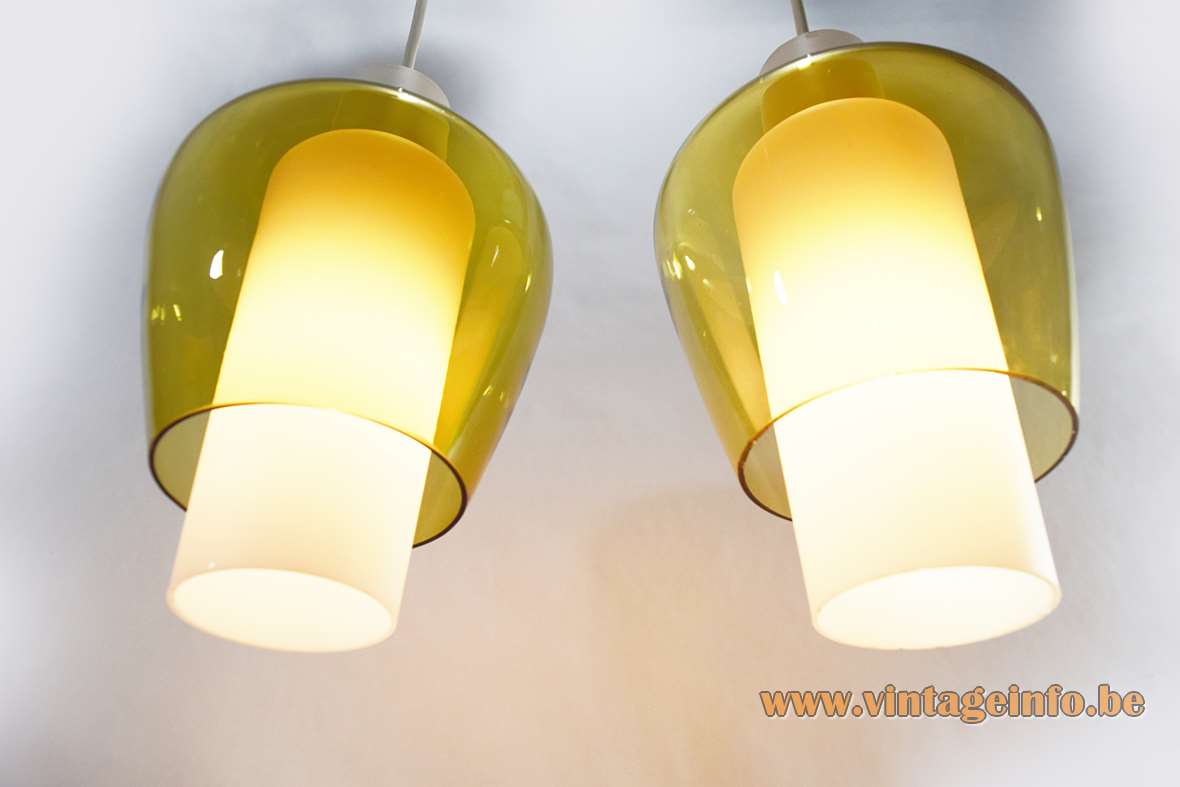 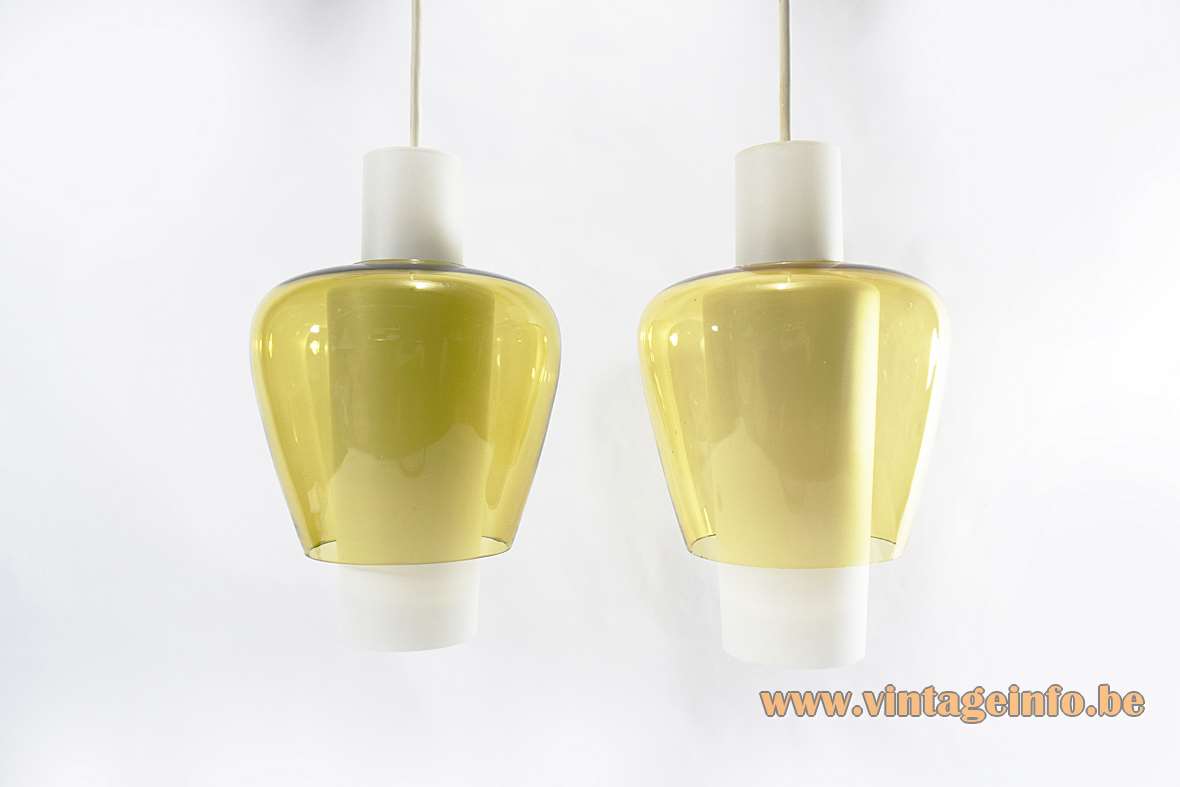 Raak Suomi pendant lamps (B-1137, B-1138). Designed by Tapio Wirkkala in the late fifties. Suomi is the Finnish word for the Republic of Finland (Wikipedia – link opens in a new window). Finland is the country Wirkkala originated. 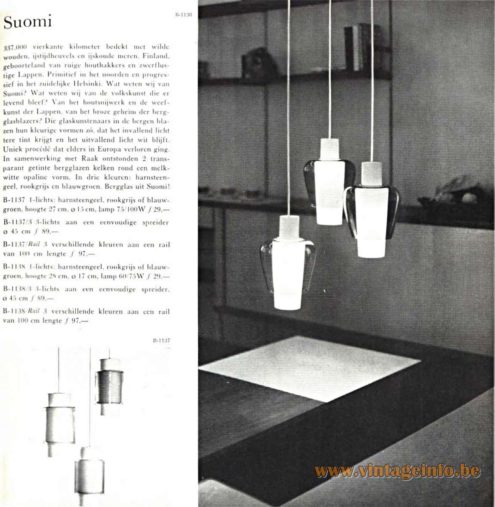 The Suomi pendant lamp in the Stockman Orno catalogue

Electricity: 1 bulb E27, 1 x 100 watt maximum, 110/220 volt.
Any type of light bulb can be used, but preferably a white, opaque or frosted one. Clear bulbs create stripes on the glass and therefor also on the walls.

Other versions: These Raak Suomi pendant lamps exists in amber, blue-green and smoked grey glass. Other models were also produced. Lamps such as the B-1137, as you can see on the left or in the Raak catalogue here on Vintageinfo.

The glass parts of these lamps were made by the famous glass company iittala from Finland. Also Stockmann Orno sold this lamp. It appears in a catalogue from 1964. You can find it over here.

Tapio Wirkkala designed many items, including the Markka banknotes for Finland. His famous Finlandia vodka bottle, the Ultima Thule set of drinking glasses for Iitala (and many other glasses).

He designed beautiful vases for Venini (Murano, Italy) and many other delightful objects. Mr. Wirkkala received many awards and distinctions for his numerous creations. You can find many items mad by his hand online. 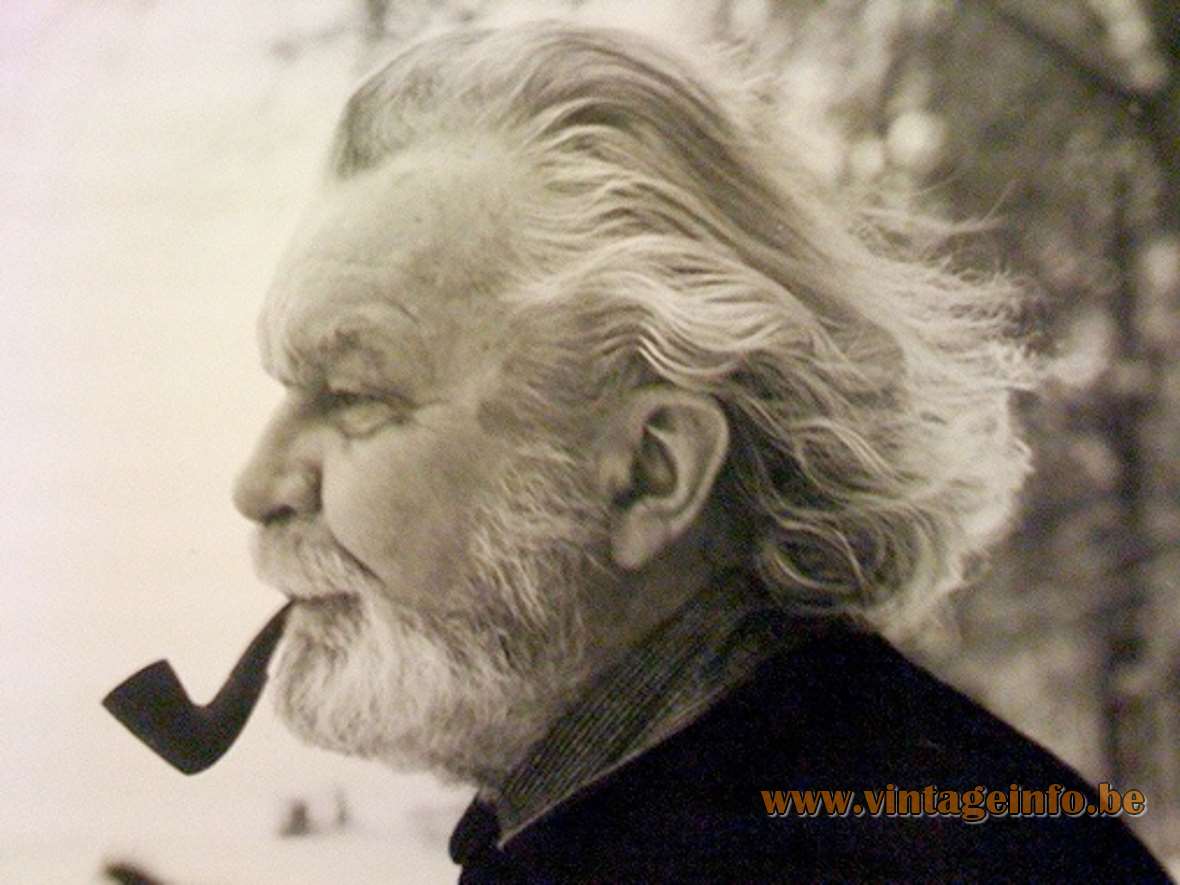 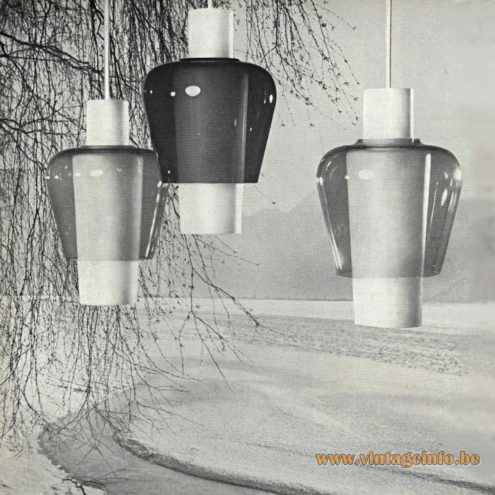