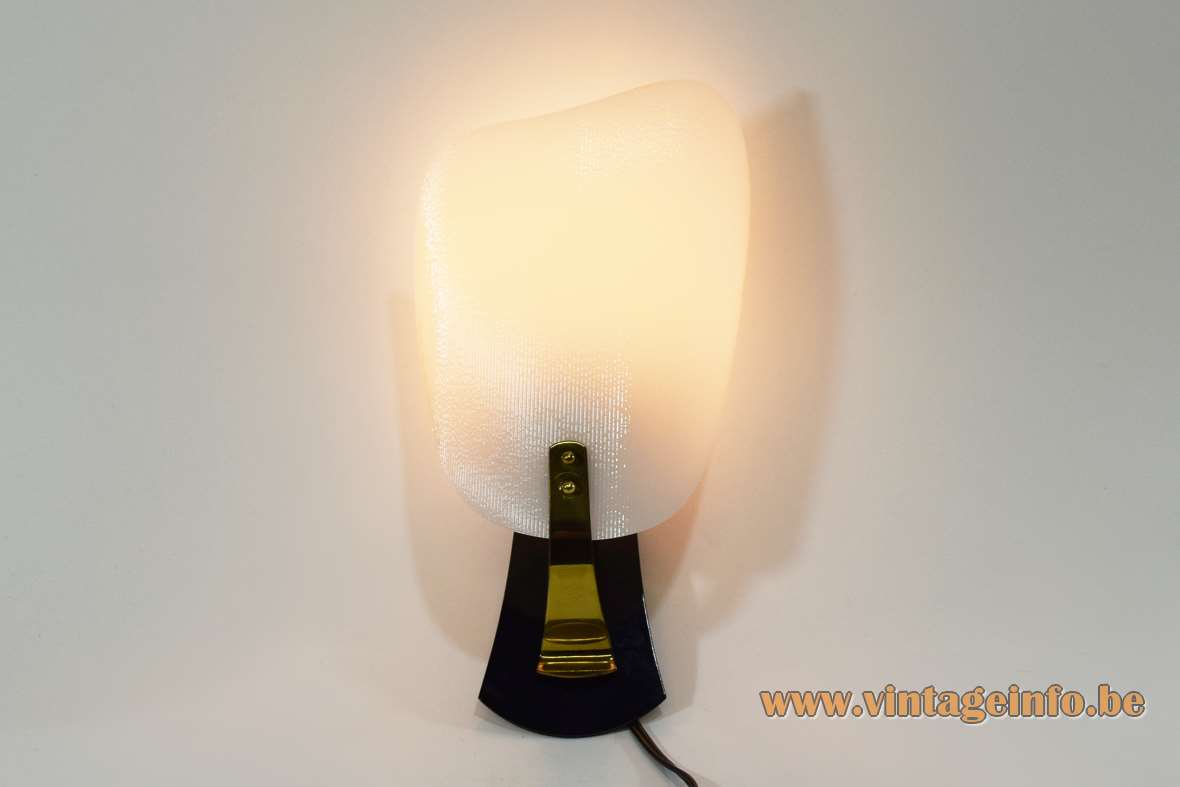 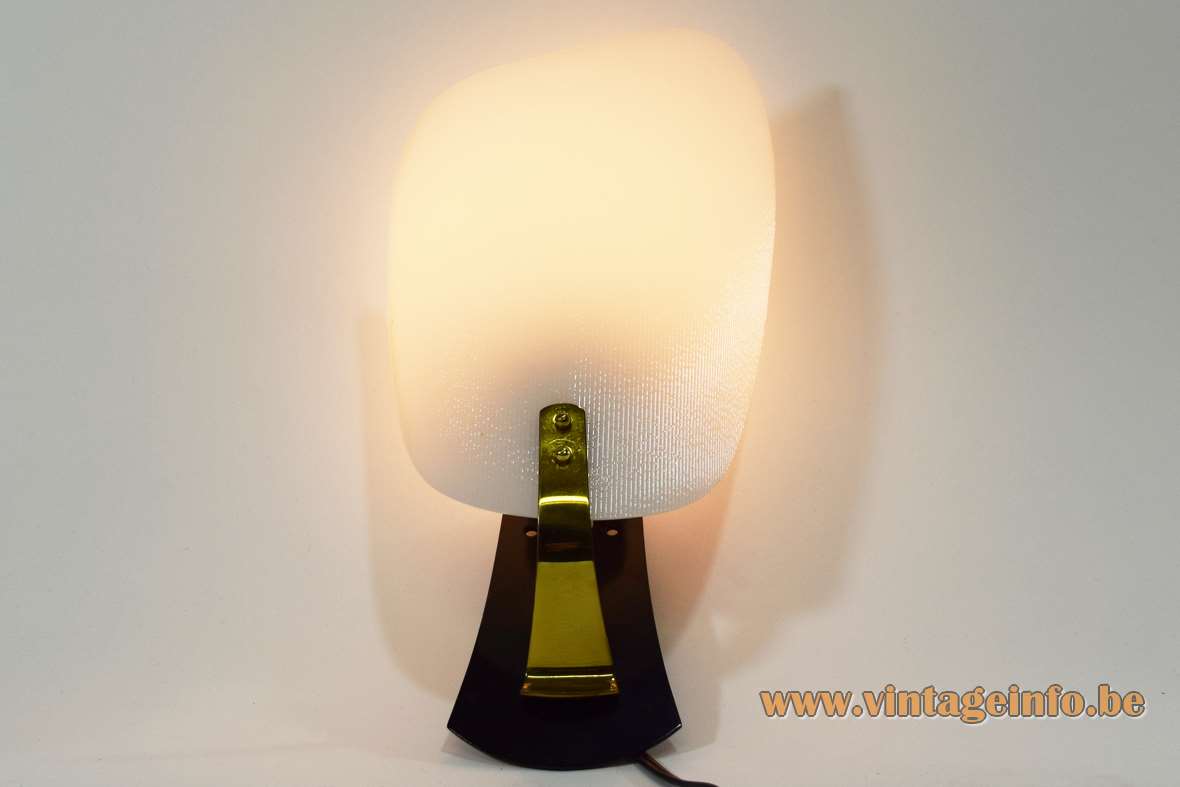 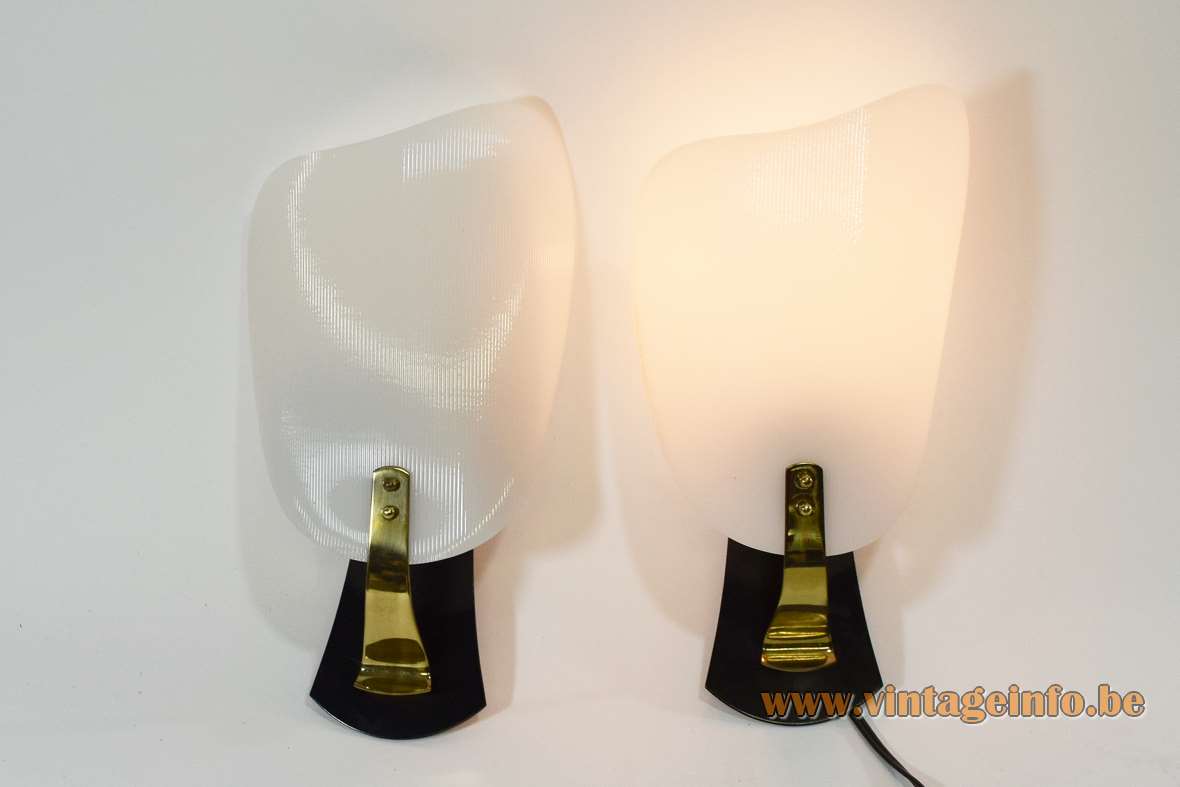 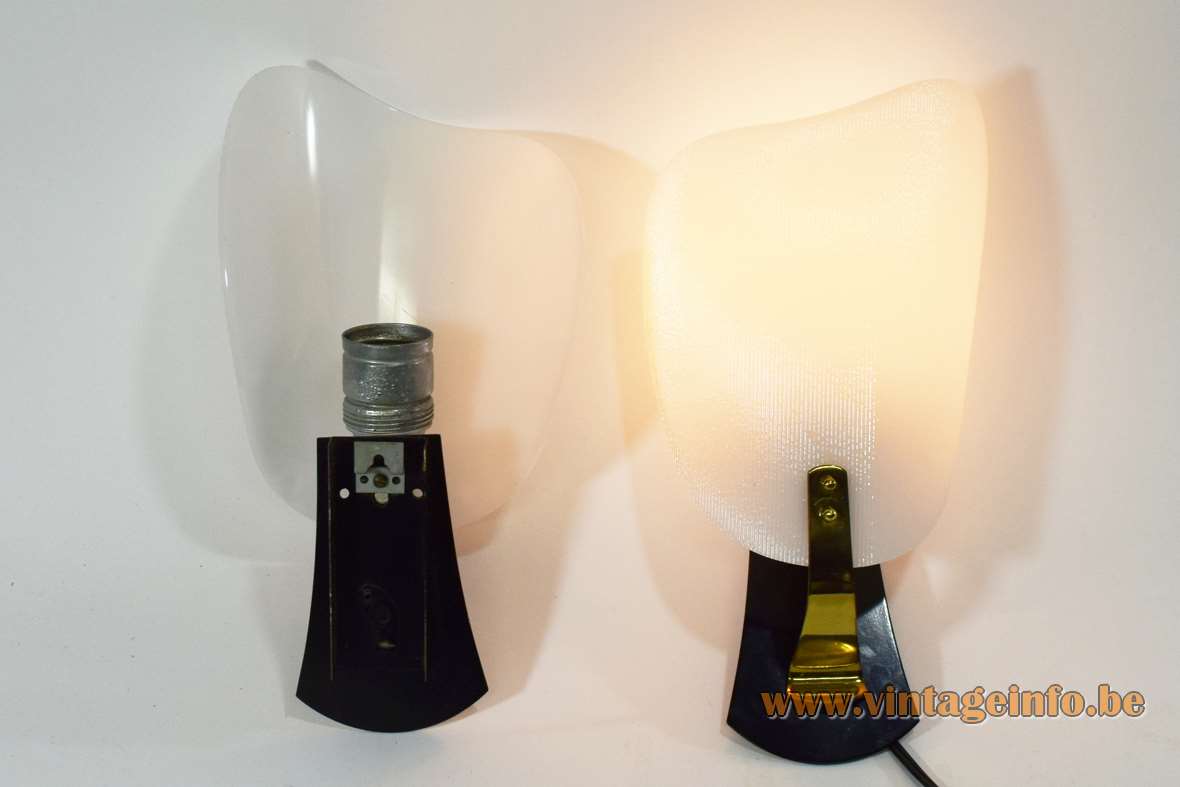 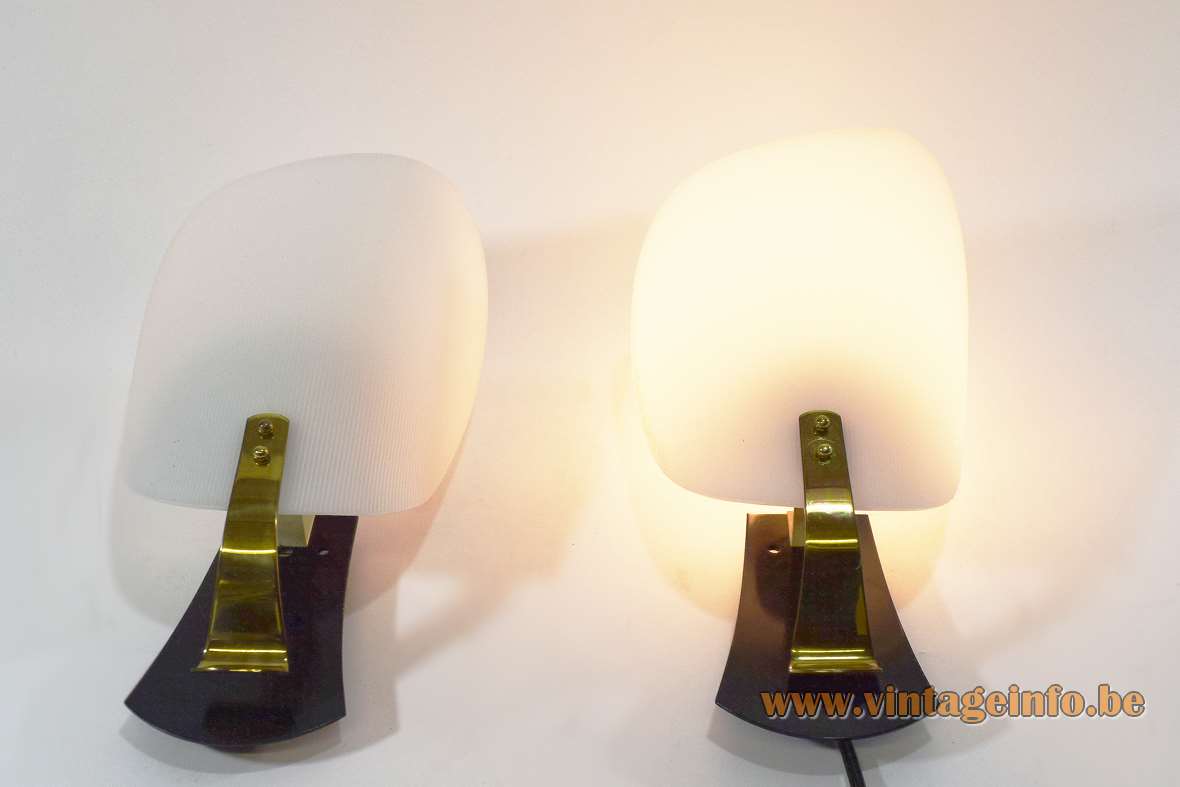 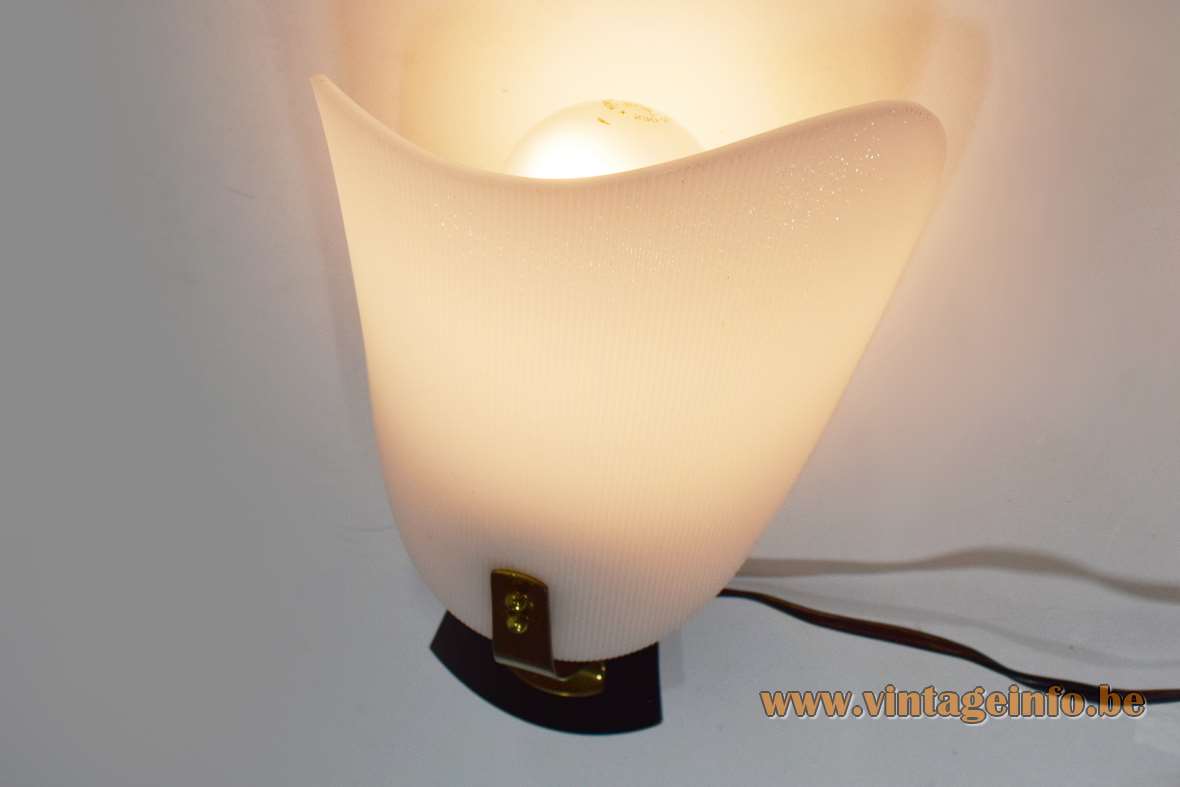 Other versions: These RZB Leuchten acrylic wall lamps were probably made in several versions. They are all made in acrylic or an early type of plastic such as Rotaflex or cellulose acetate. It is hard tot tell if these RZB lamps are in one of those materials.

The socket of these wall lamps was made by BJB. BJB is Brökelmann, Jäger and Busse, BJB GmbH & Co. KG. The BJB company was founded in 1867 and started with petroleum lighting. The company still exists. Today they produce LED lamps, terminal blocks and connectors, lamp holders for conventional lighting and switches. They are active in the whole world. BJB GmbH & Co. KG is located on Werler Strasse 1, 59755, Arnsberg, Germany. 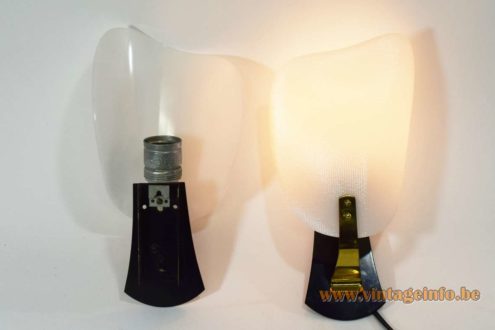