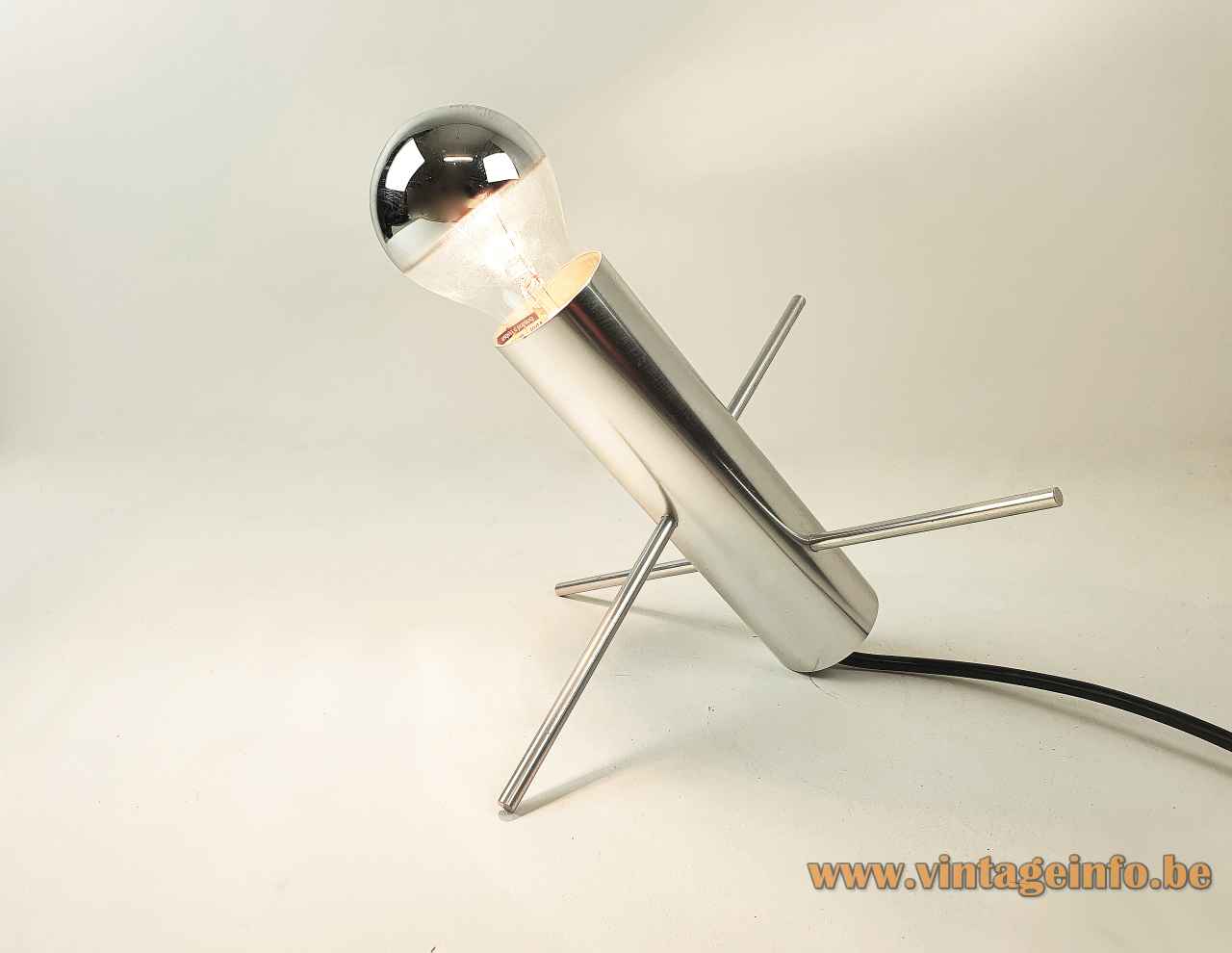 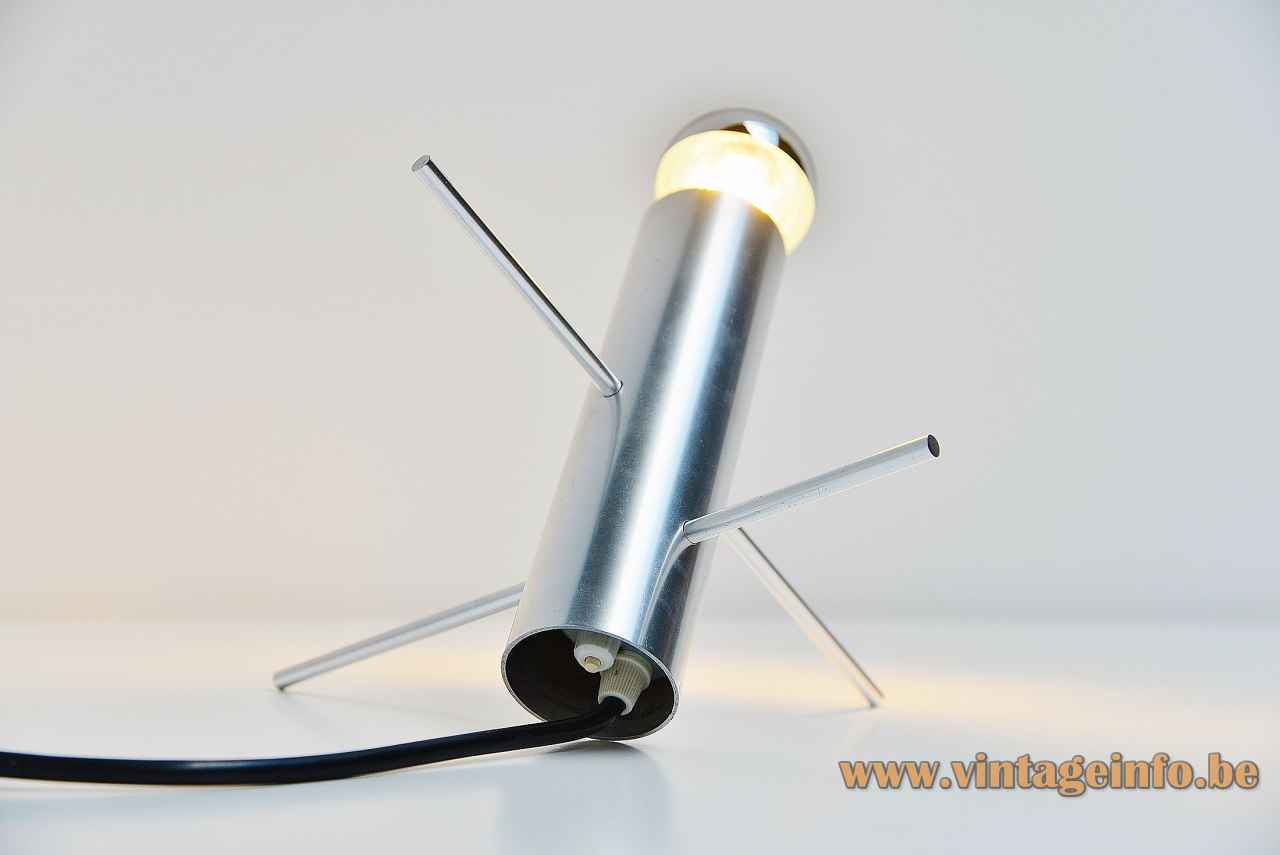 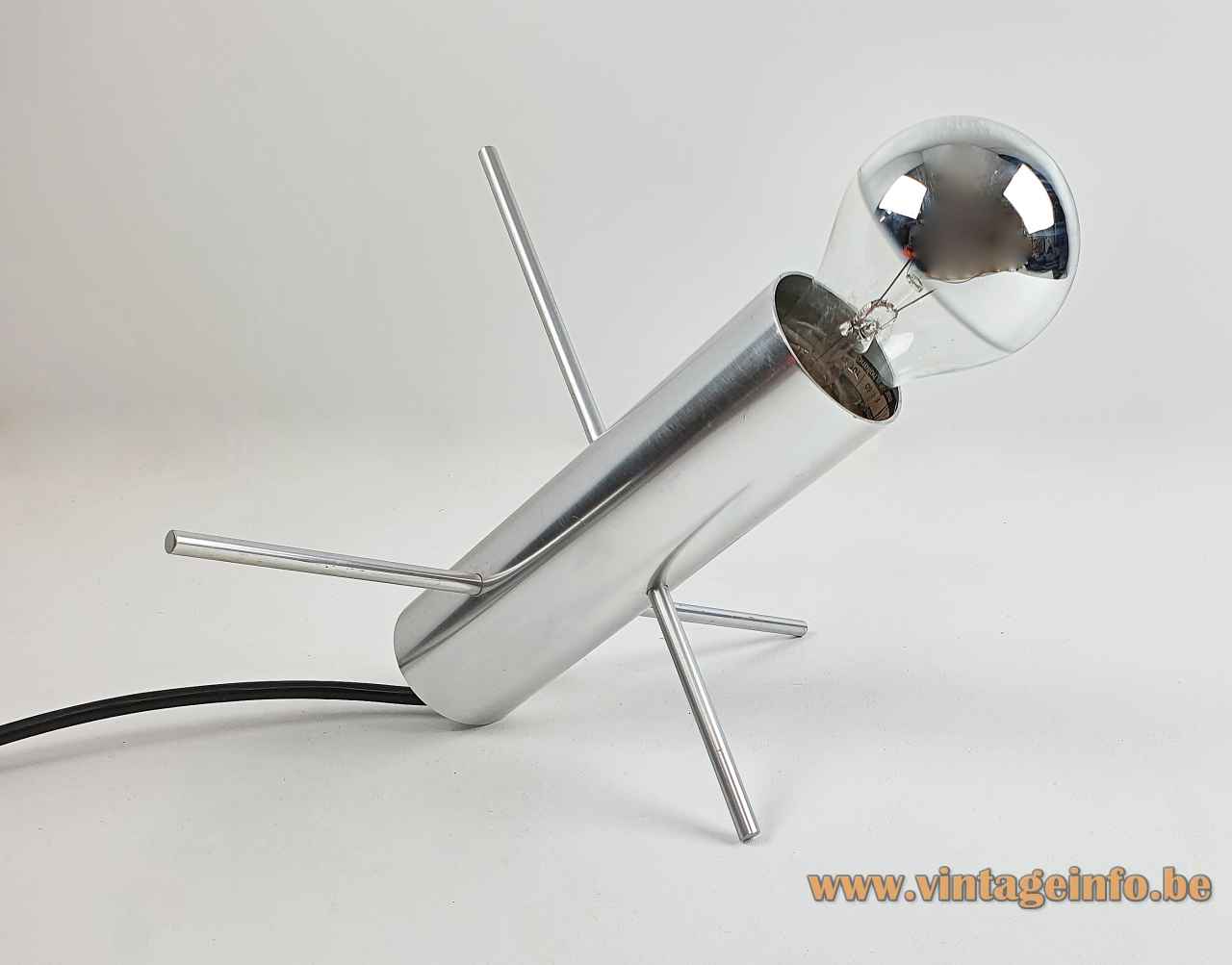 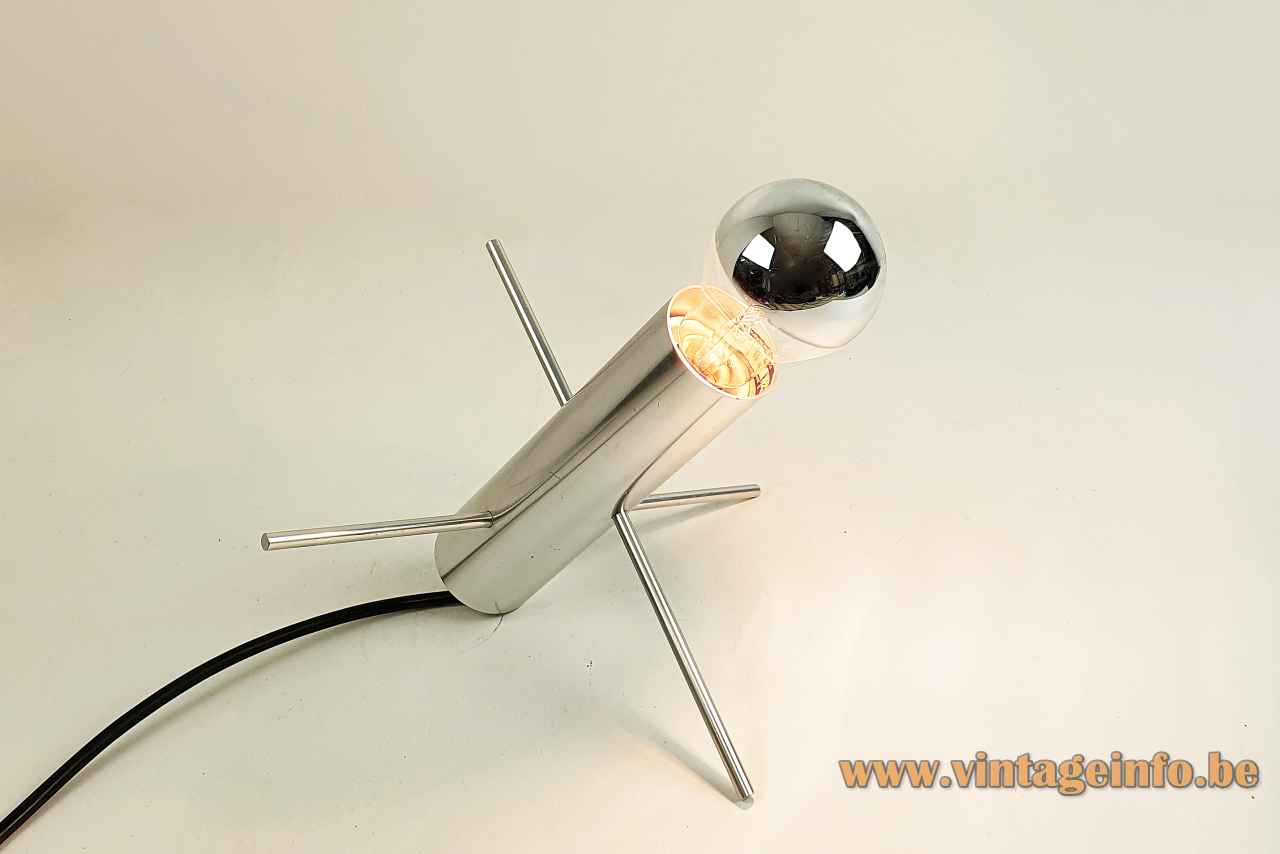 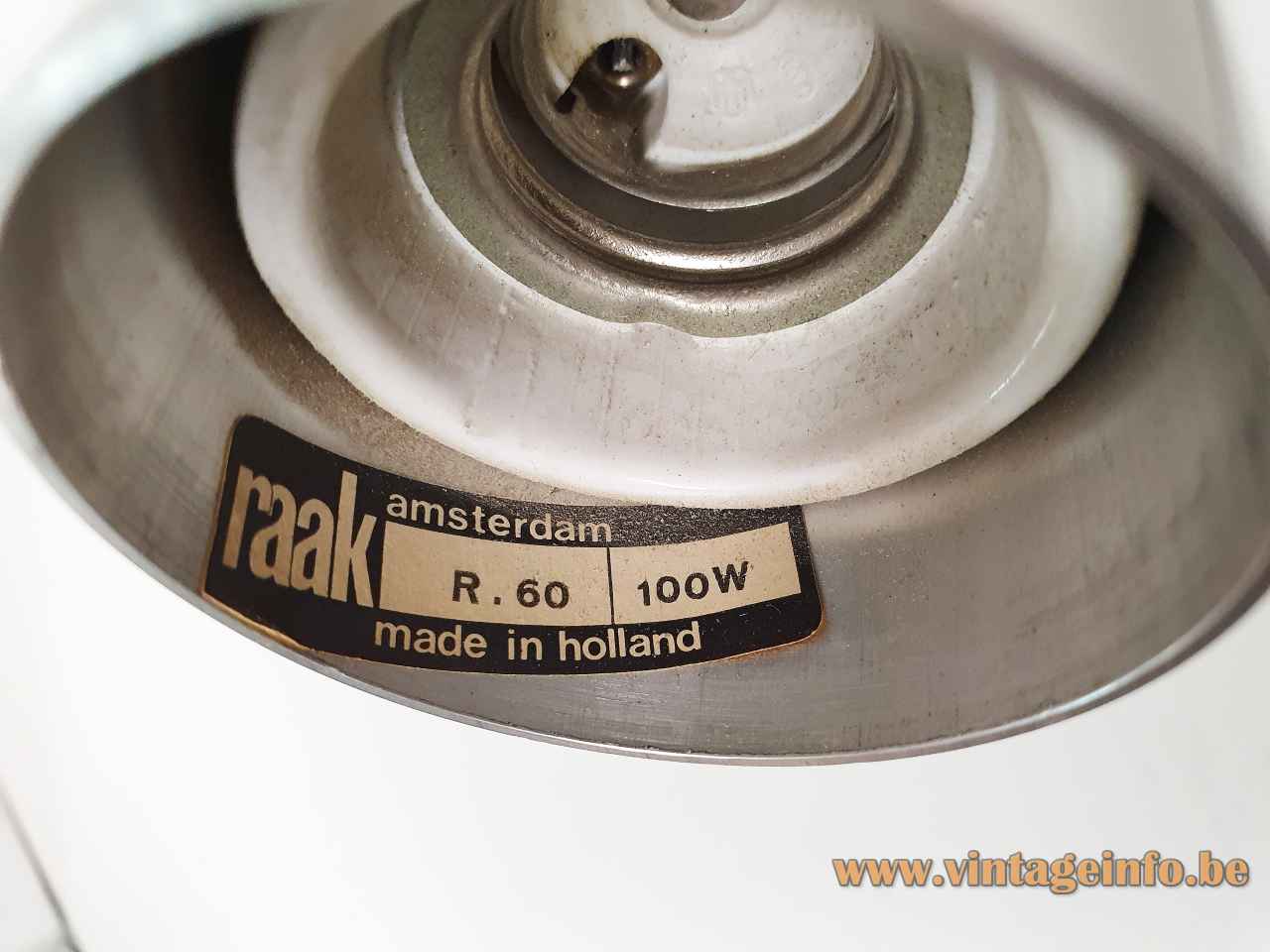 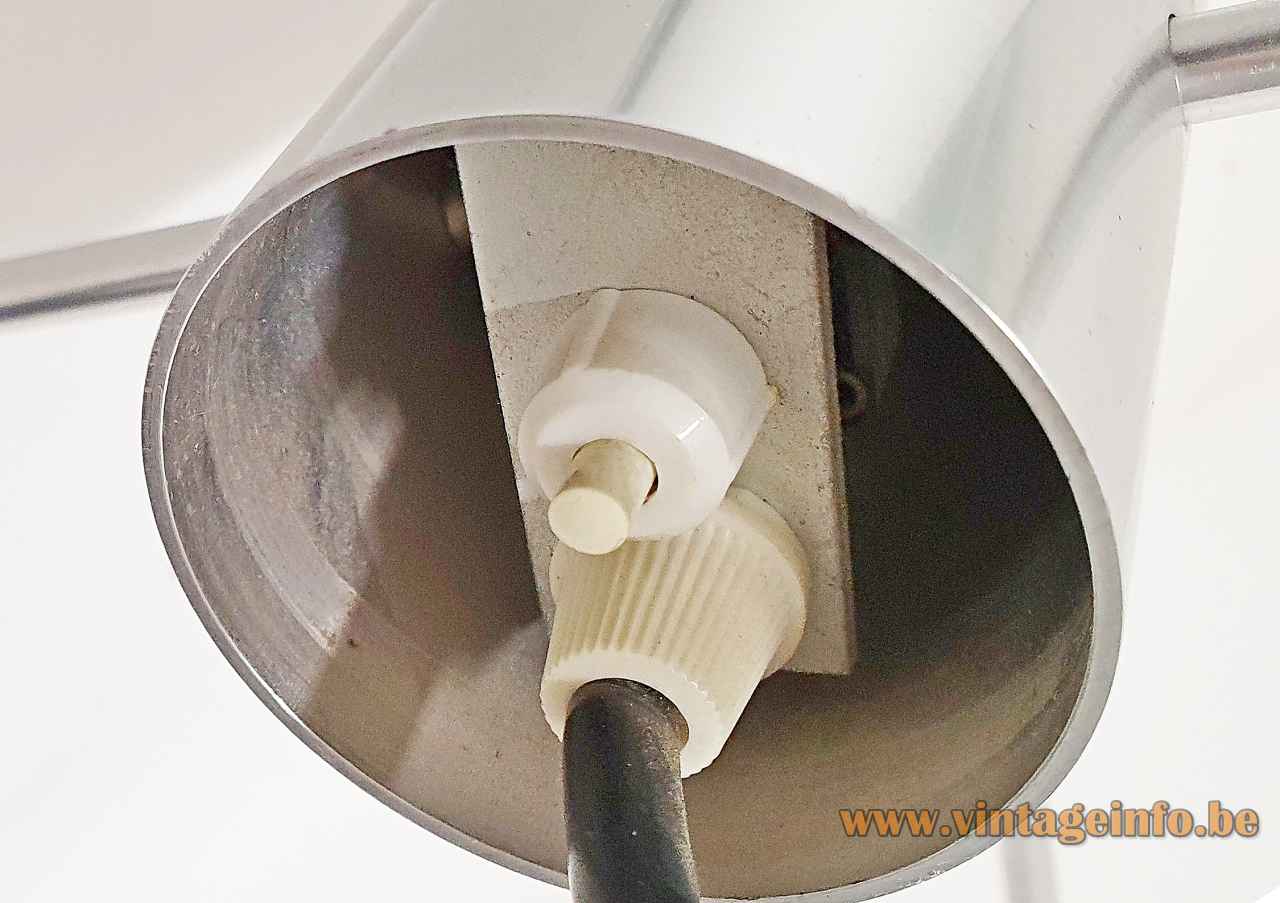 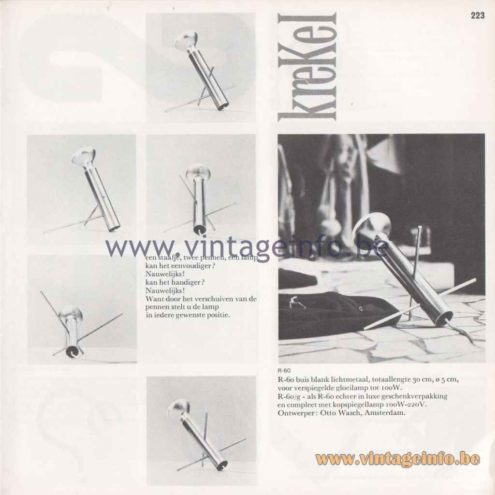 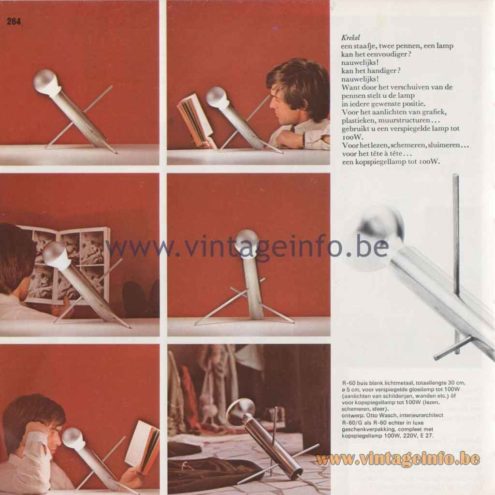 Other versions: According the Raak Catalogues the Raak Krekel table lamp exists in 1 version, labelled R.60 or R-60. You can find other versions online, but they are probably fake, so beware. It is not so difficult to make this lamp. Always buy one with a Raak label, or at least with an old switch on the back, such as this one.

Krekel is the Dutch word for cricket, an obvious name for this table lamp.

Unfortunately, no information can be found about the designer Otto Wasch. He was probably born in 1912 and passed away in 1989.

Do you have an idea? Please let us know through the contact form and help improve the websites exactitude. 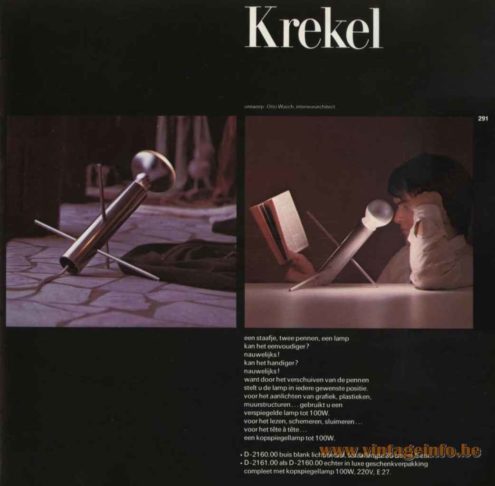