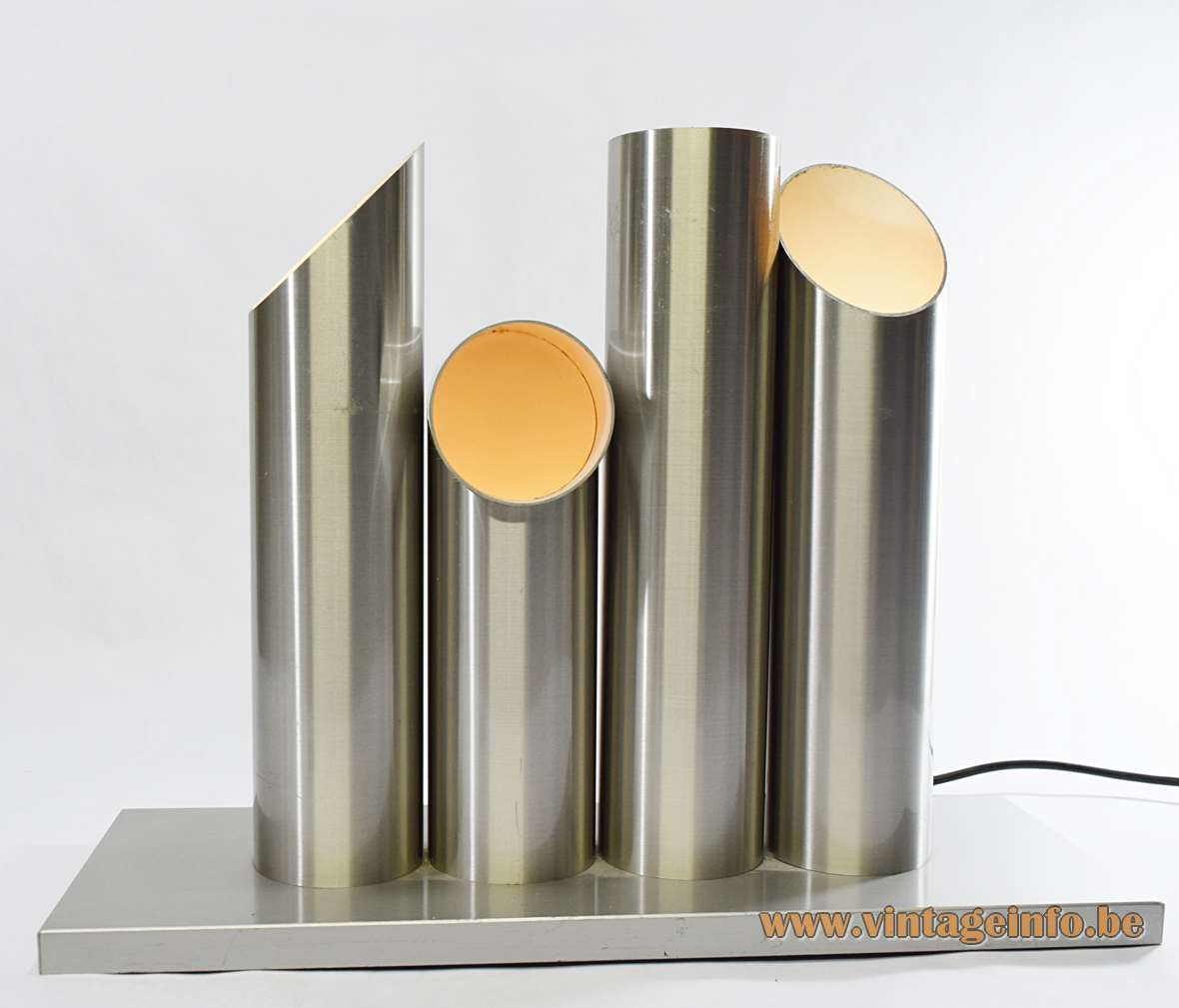 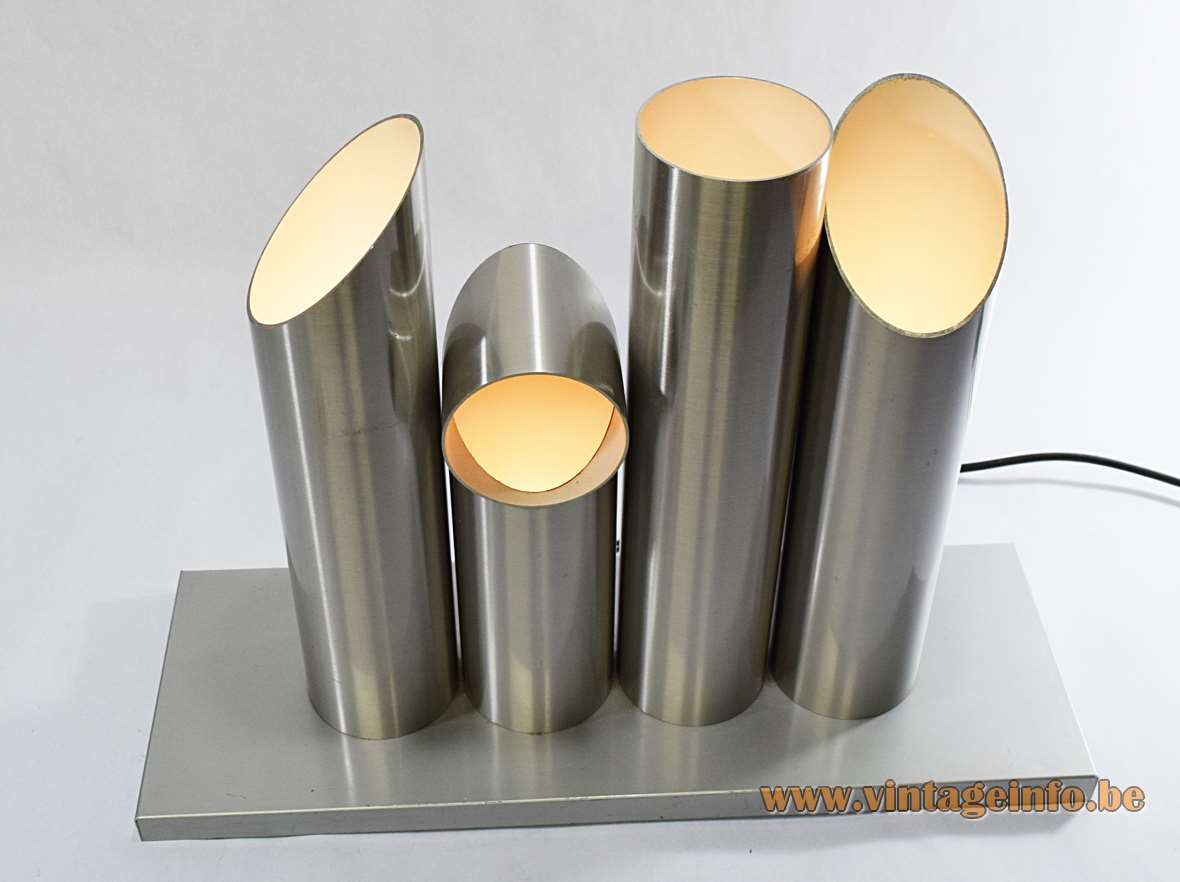 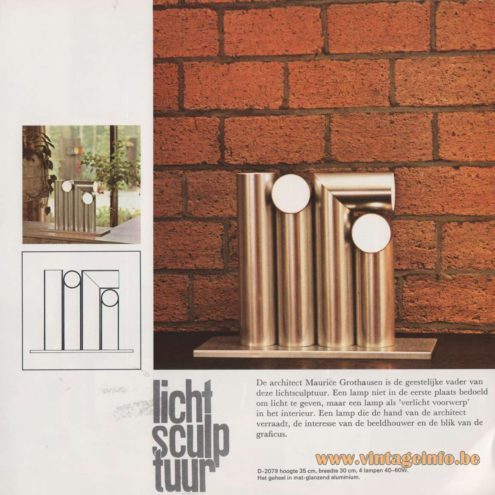 The architect Maurice Grothausen is the spiritual father of this light sculpture. A lamp not intended in the first place to give light, but a light bulb as ‘illuminated object’ in the interior. A lamp holding the hand of the architect betrays the interest of the sculptor and the look of the
graphic artist.

Other versions: The Raak Lichtsculptuur table lamp exists in some varieties. Different tubes and also made in copper coloured aluminium. The tubes can be exchanged among each others in endless combinations. This table lamp is often used as a floor lamp. It is model D-2079.

Raak also collaborated with other companies. They also sold lamps made by Peill + Putzler, such as a pendant lamp designed by Aloys Ferdinand Gangkofner. For the Raak Discus the glass was made by Bega, also a German company. For the Stalactites flush mounts a cooperation with the Belgian Val Saint Lambert was undertaken in the late 1950s. Raak also sold some lamps that were produced by Staff Leuchten (Staff & Schwarz Leuchtenwerke GMBH) from Germany. 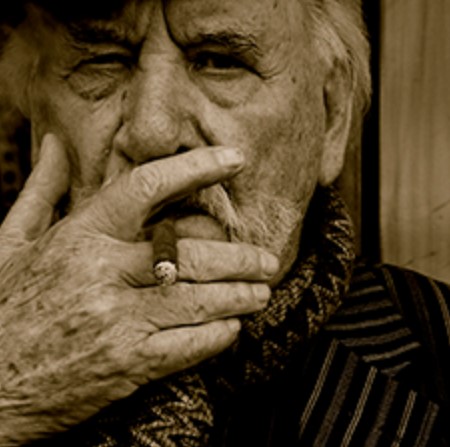 More info about the artist can be found here: www.grothausen.nl/maurice