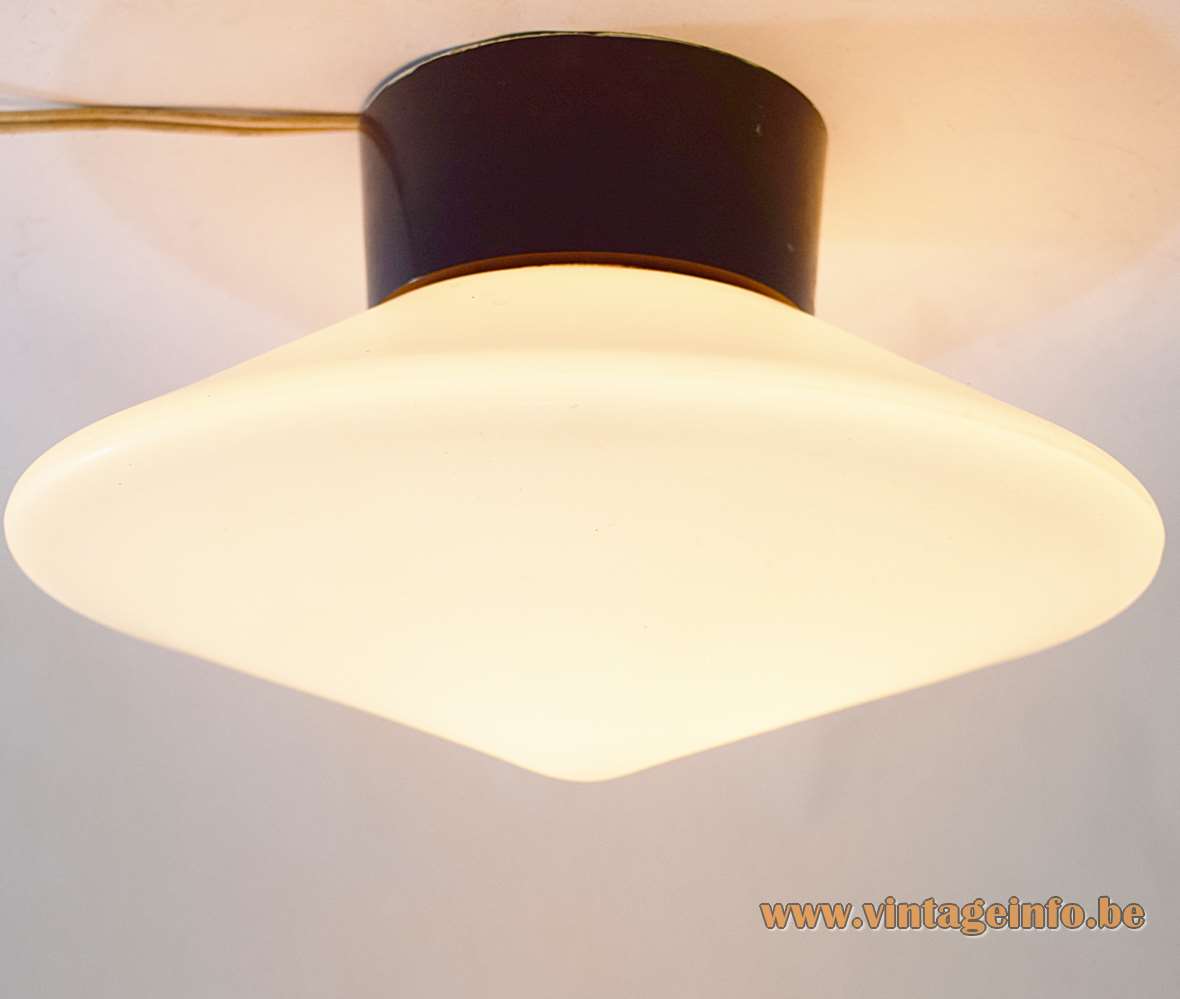 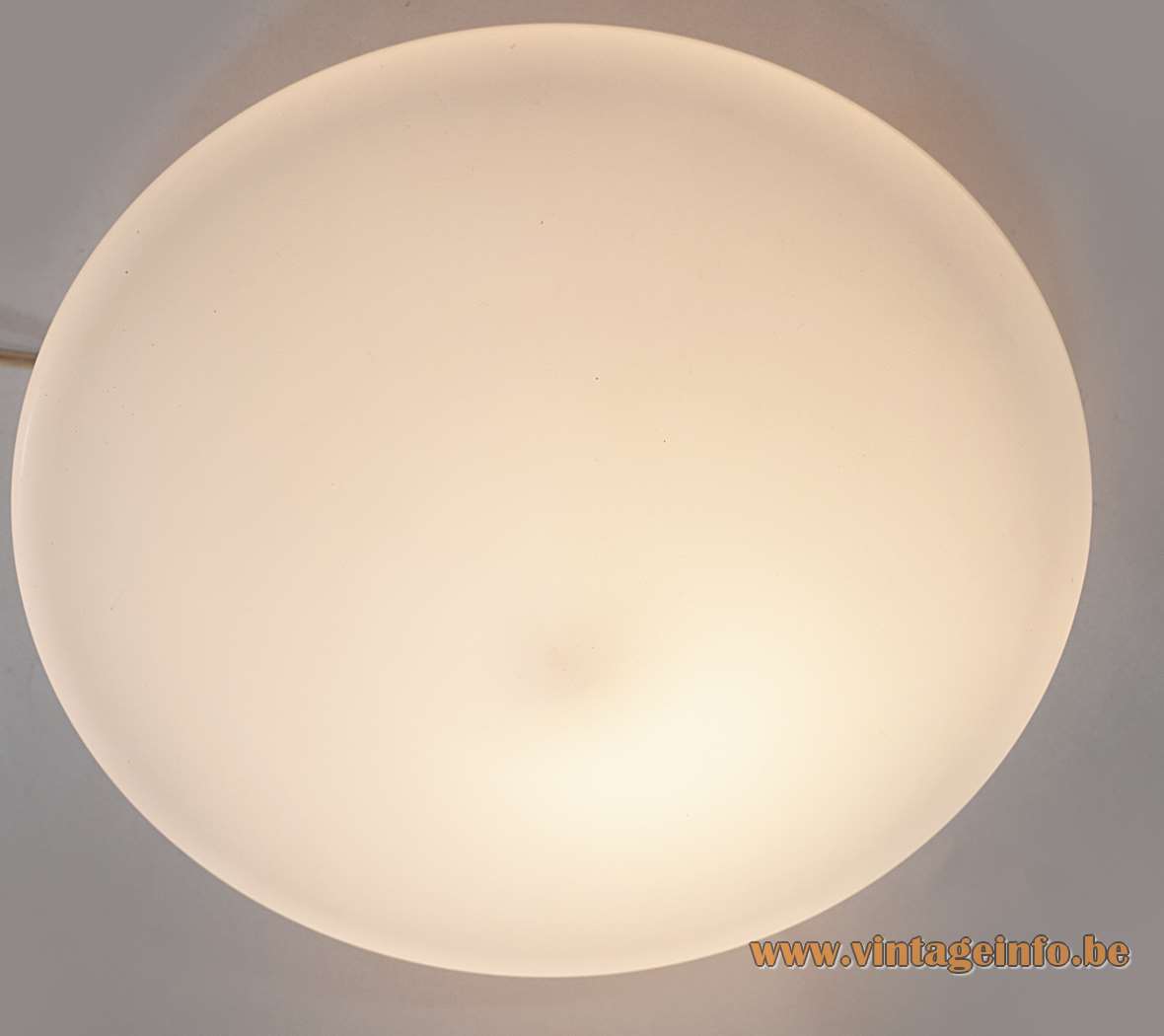 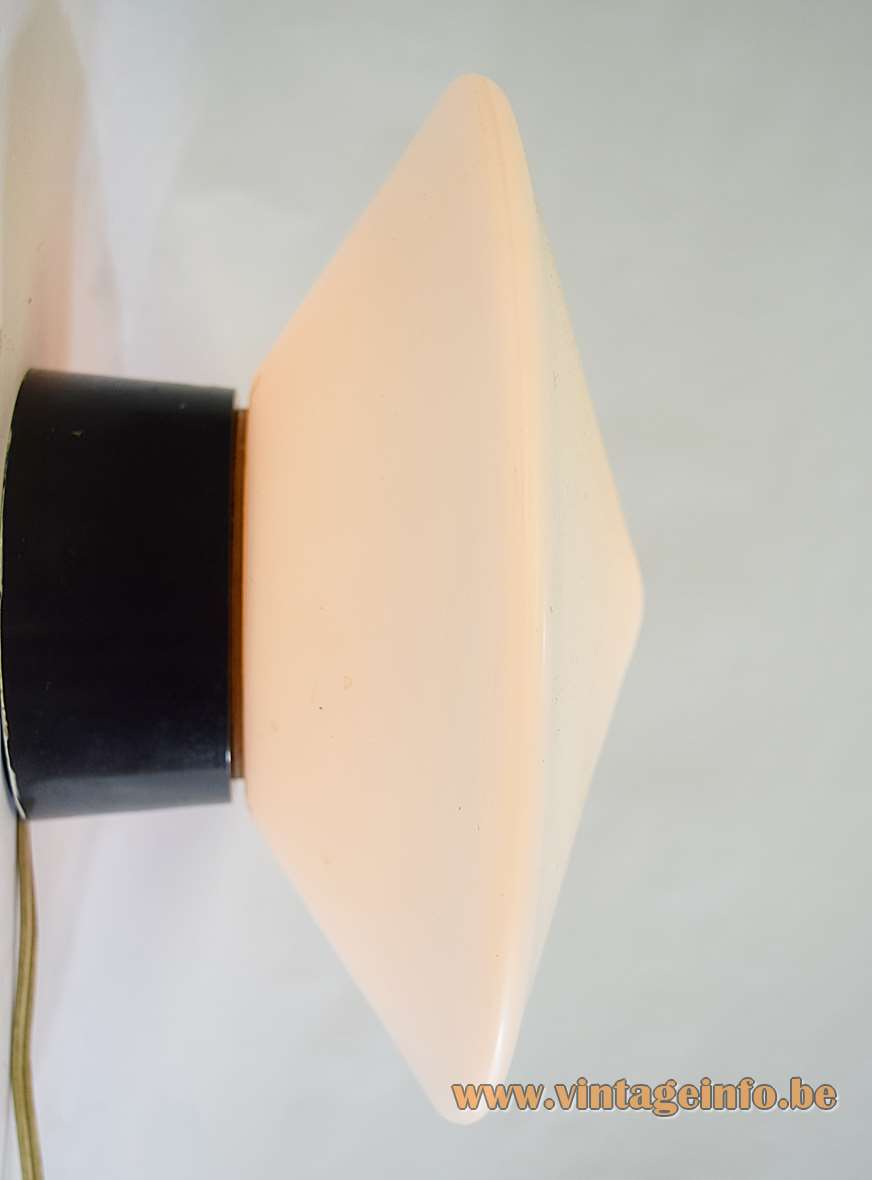 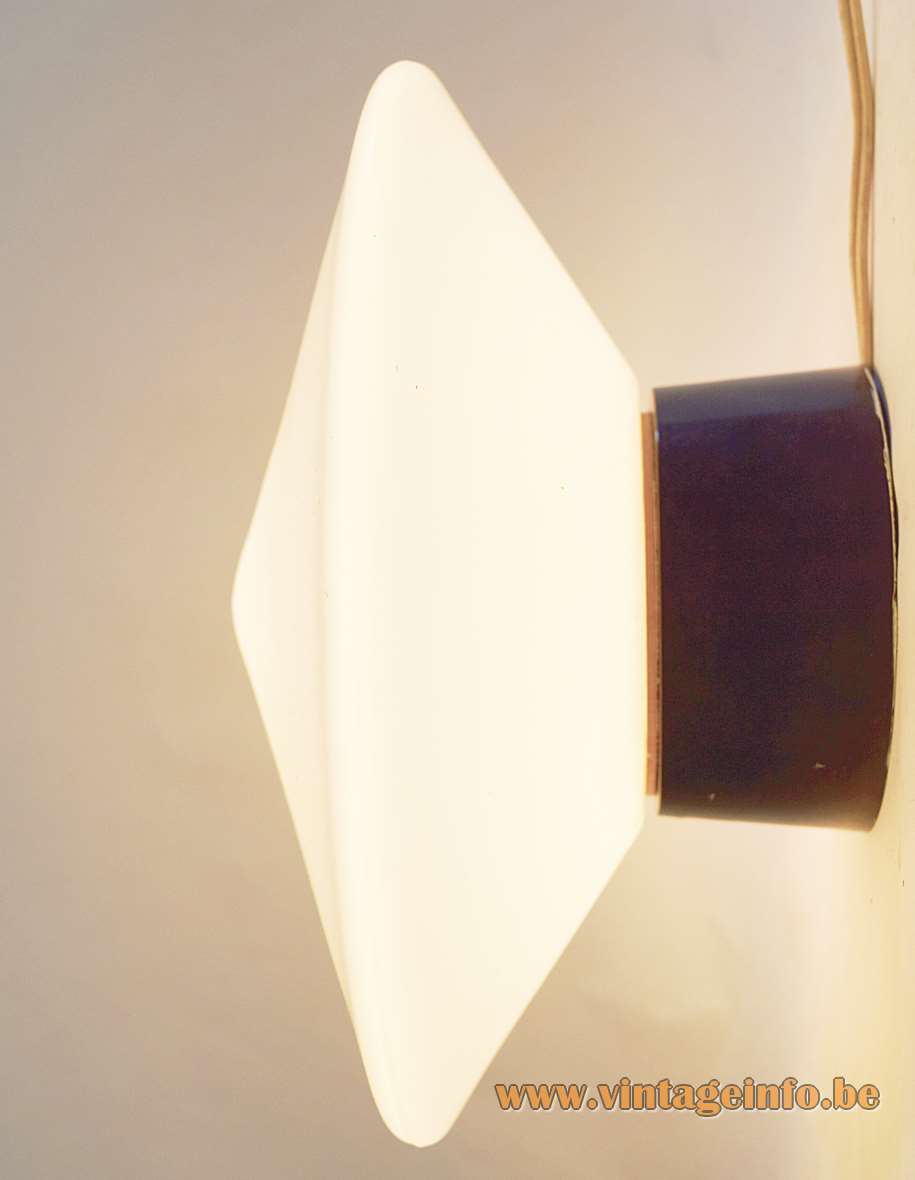 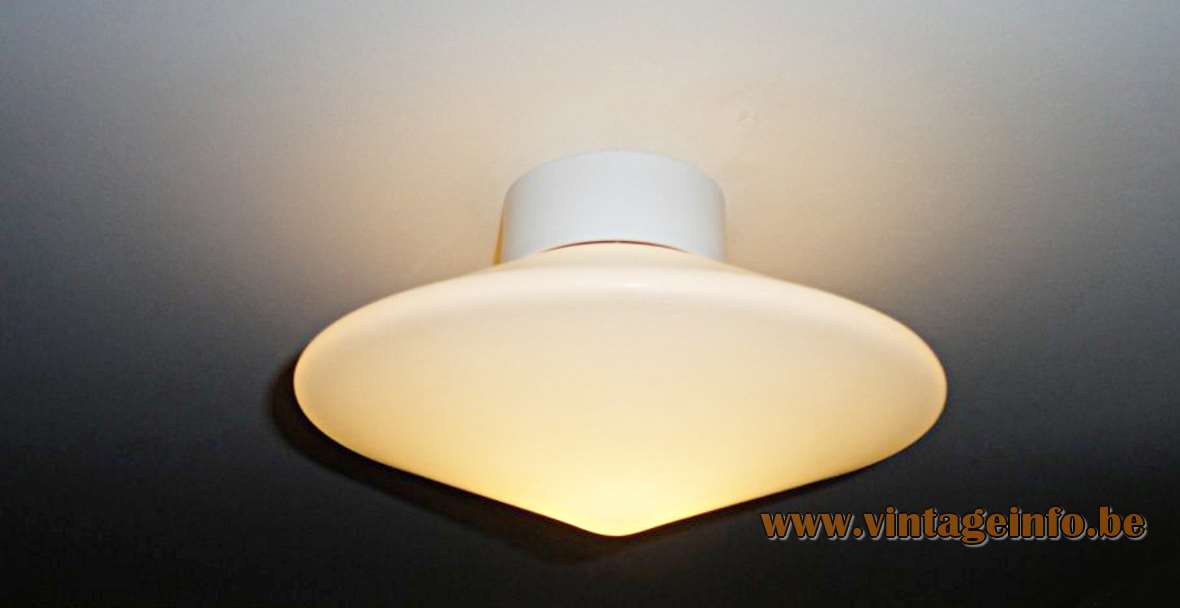 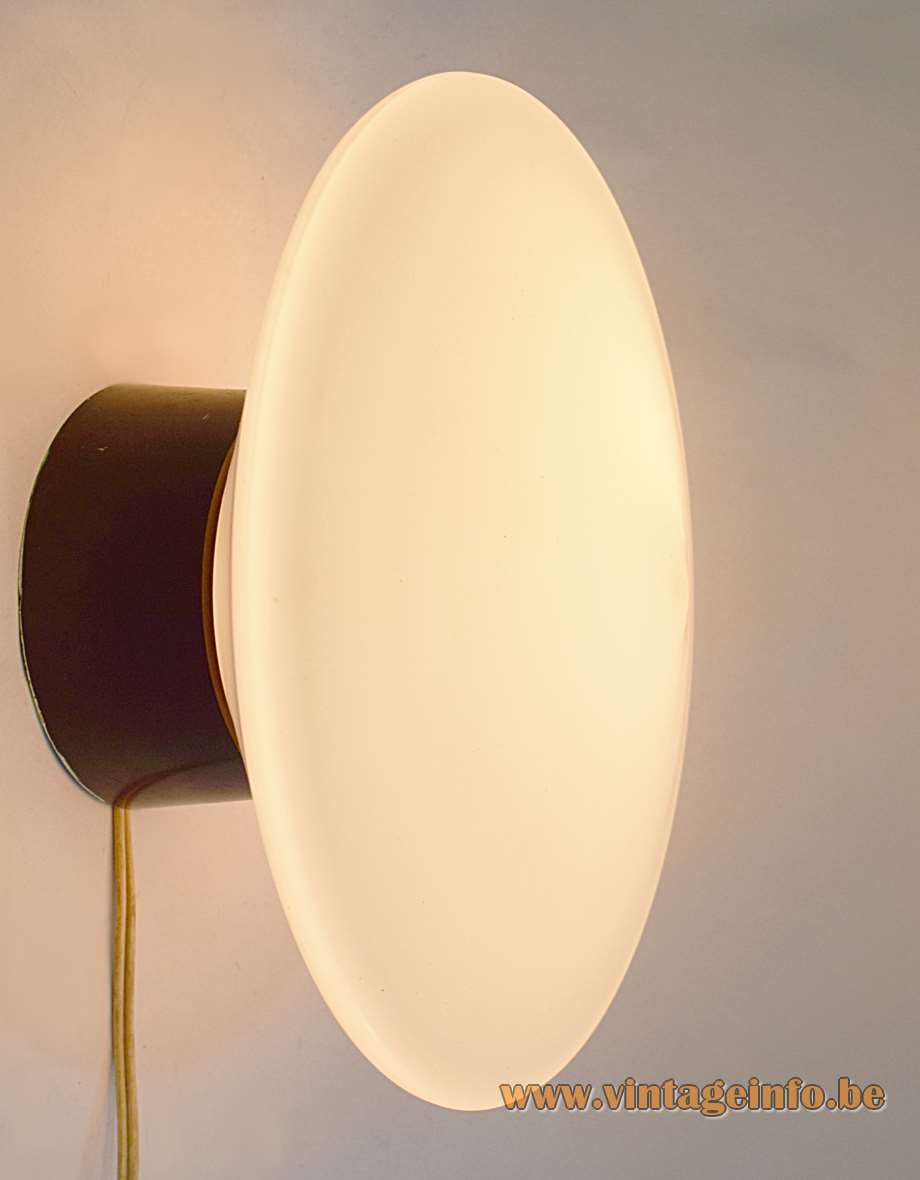 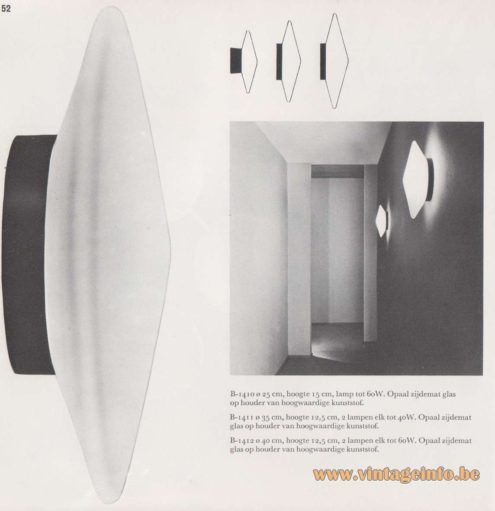 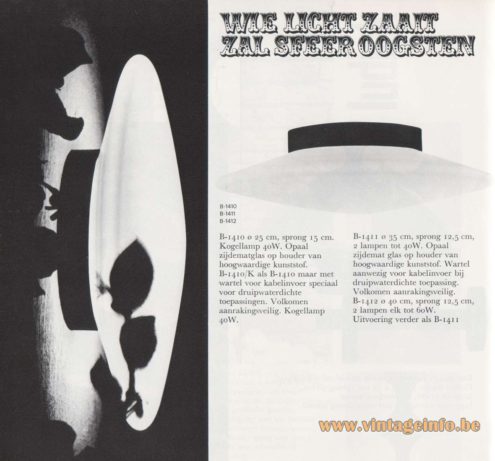 Manufacturer: Raak Amsterdam, The Netherlands. The glass was made by the German company BEGA Gantenbrink-Leuchten KG, Menden, Germany.

The Bega company was founded in September 1945, at the end of the Second World War and started as a small business with 5 employees. Bega received the “Medaille d’Or” at the international trade fair in Luxembourg in 1952. In 1958, Bega construct the new multi-storey luminaire block with a few other companies at the largest industrial fair in the world in Hanover: an important and courageous step which finally leads to the “World Light Show“. The complete history of the Bega company can be found on their website.

The company still exists and they make beautiful (industrial) lighting.
Glashütte Limburg is a member of the Bega group. 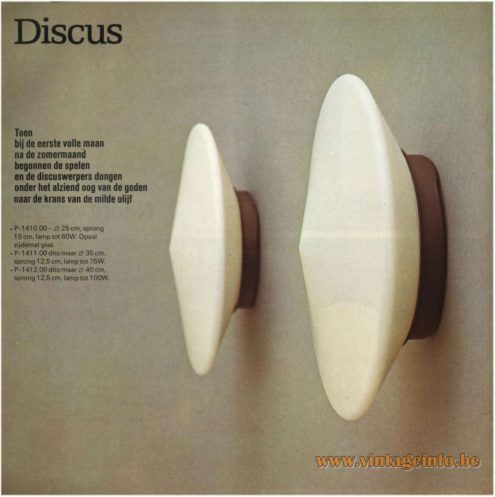 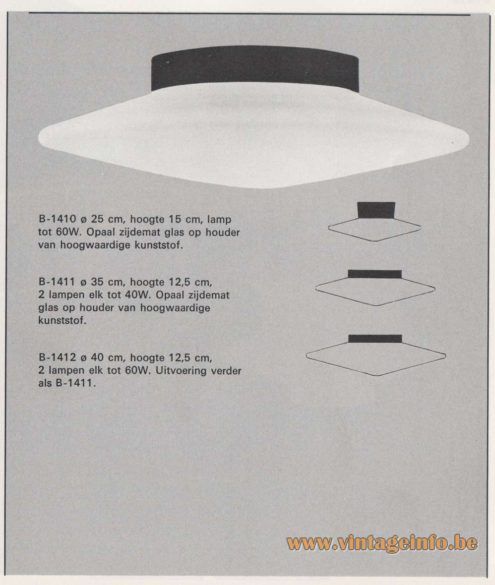 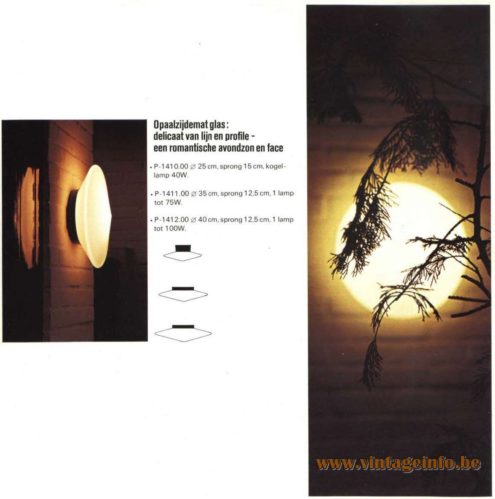