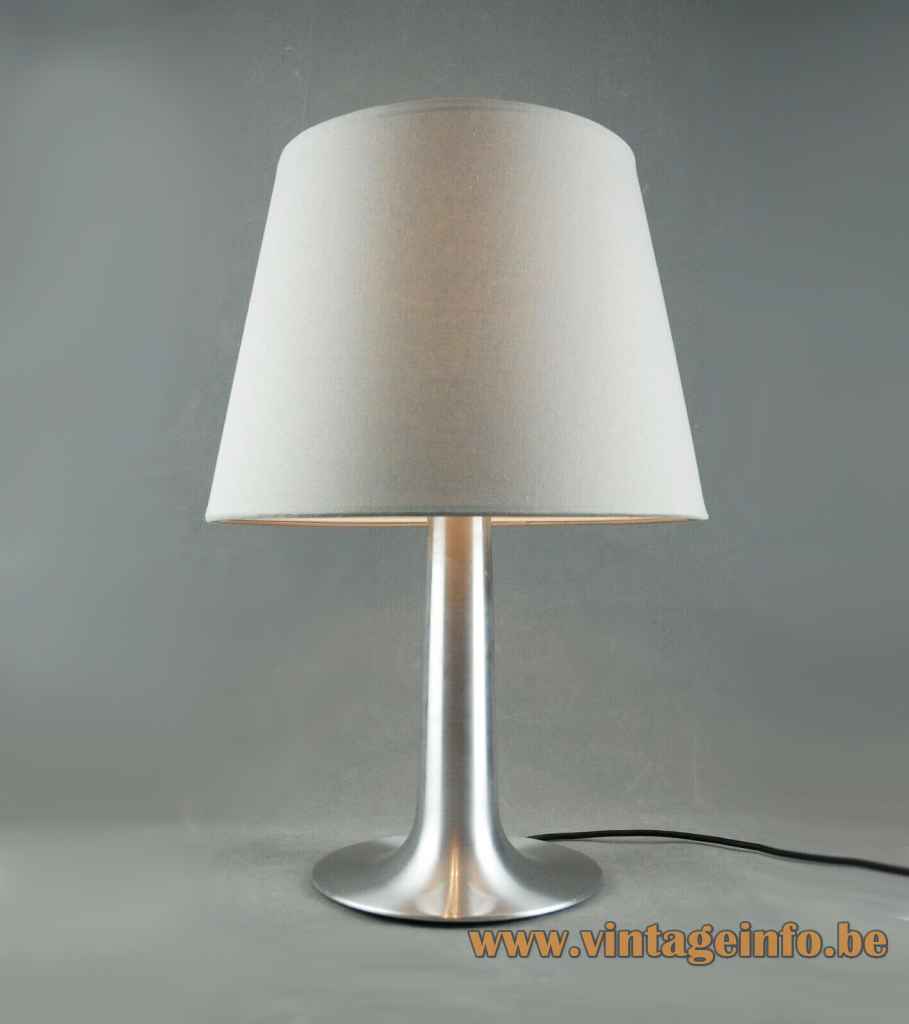 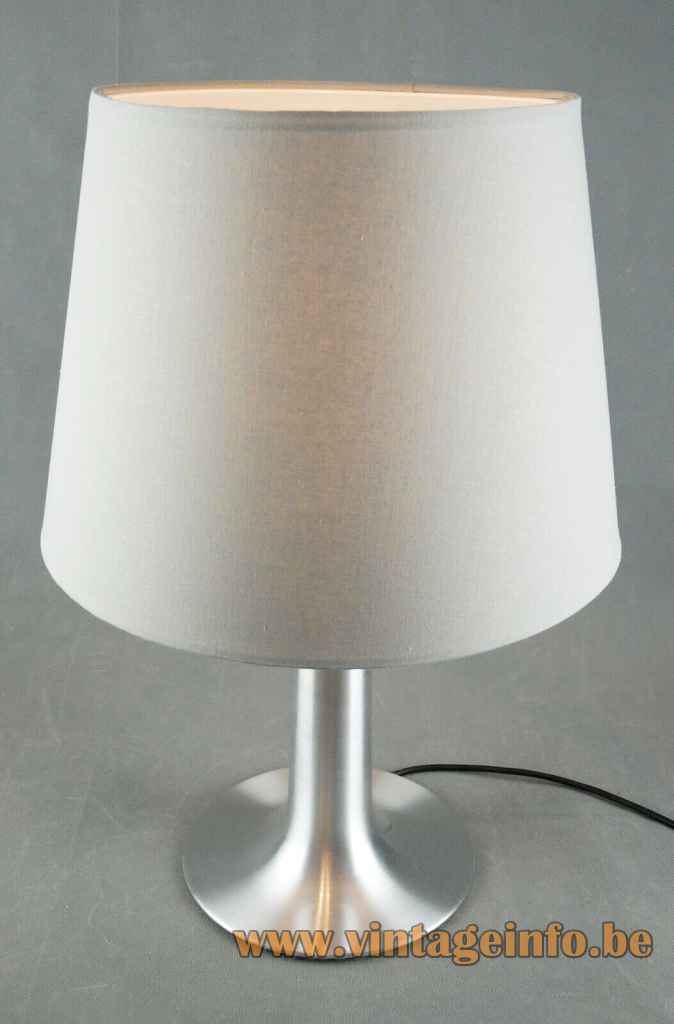 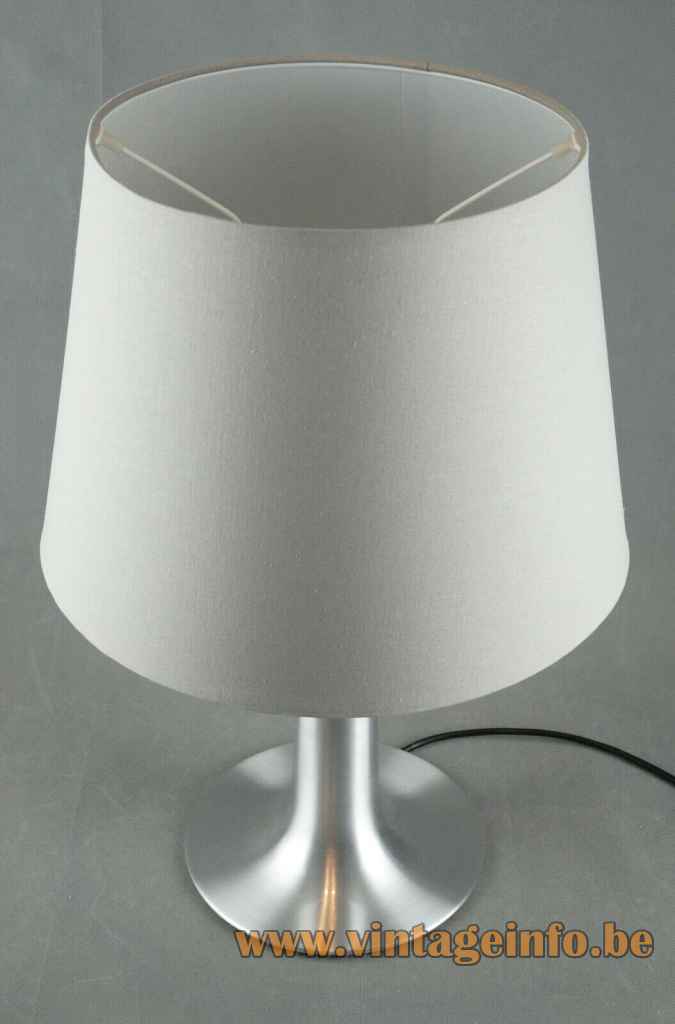 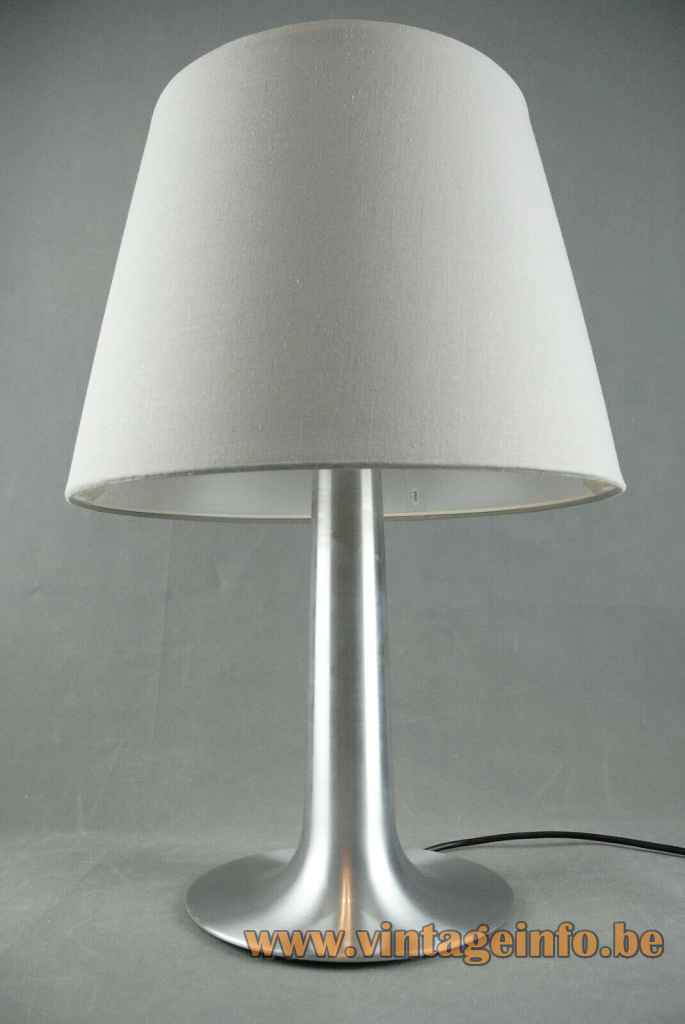 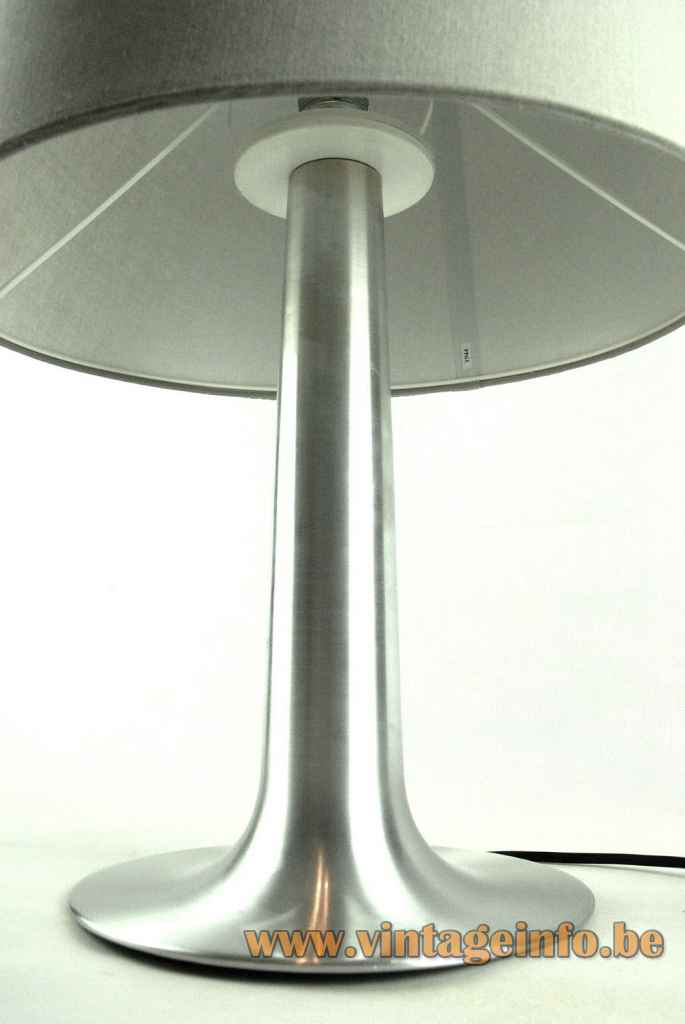 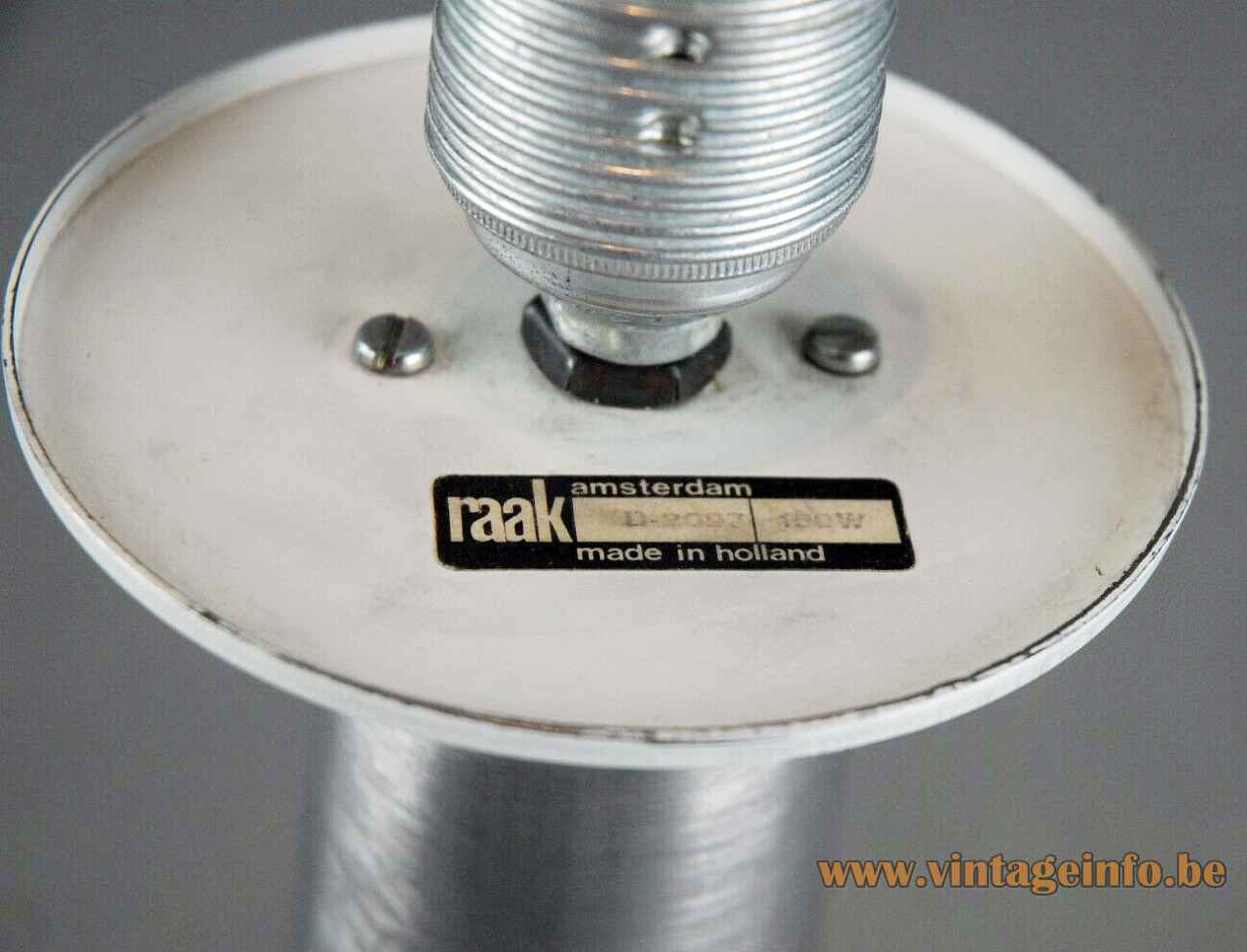 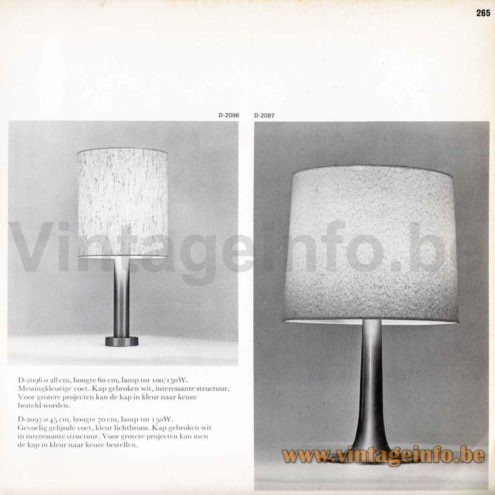 Dutch text from the 1968 catalogue

D-2097 ∅ 45 cm, height 70 cm, lamp up to 150W.
Delicate lined base, light bronze colour. Lampshade off-white
in interesting structure. For larger projects one can order
the shade in the colour of choice. 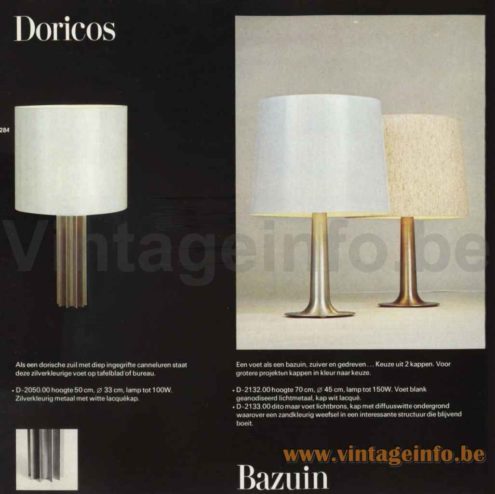 Other versions: The Raak Bazuin table lamp exists in one version and can be found with several different lampshades. In the catalogue of 1972 also a bronze coloured version appears. Also the model number changed.

Dutch text from the 1972 catalogue

A foot like a trumpet, pure and driven… Choice of 2 shades. Lampshades in the colour of your choice for larger projects.

D-2133.00 ditto but base light bronze, shade with diffuse white background covered with a sandy-coloured fabric in an interesting structure that is permanently captivating.

The Raak Bazuin table lamp in the 1968 catalogue

The Raak Bazuin table lamp in the 1972 catalogue