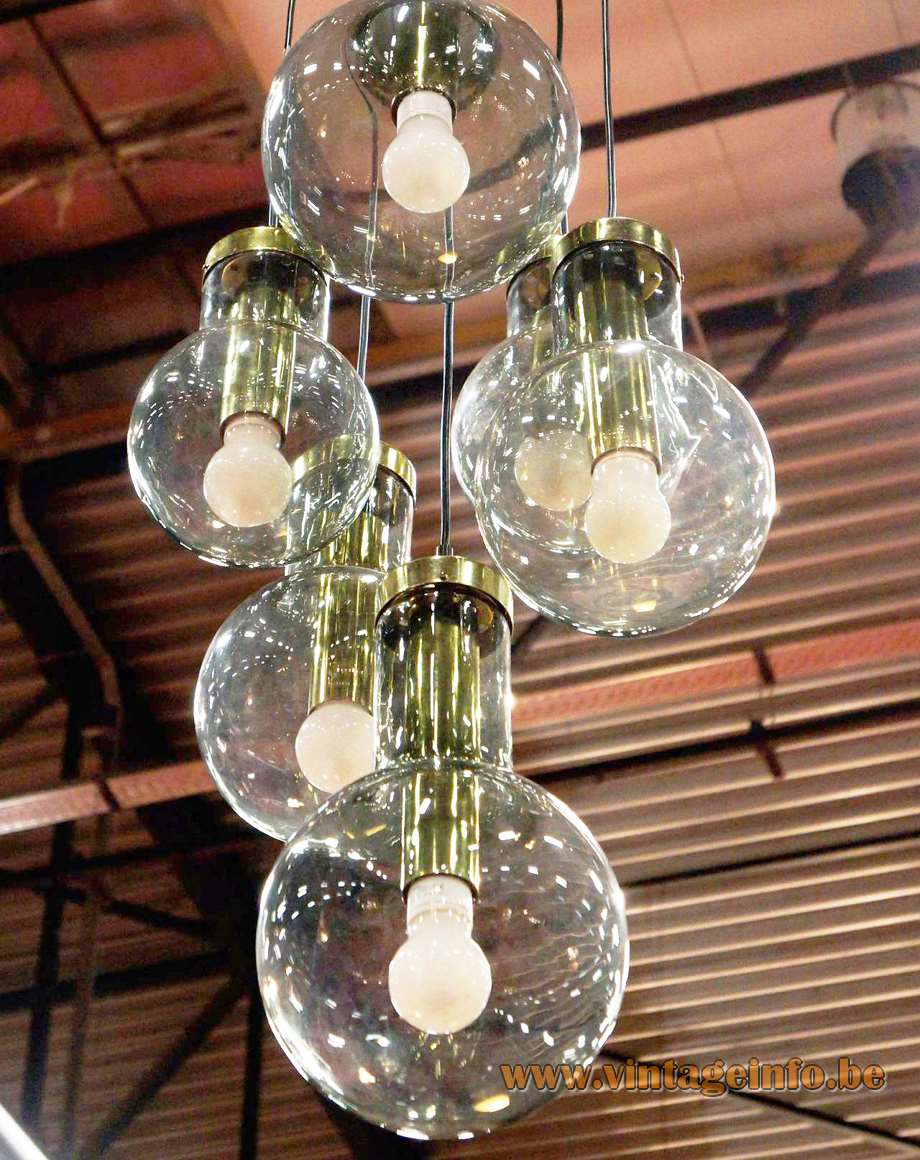 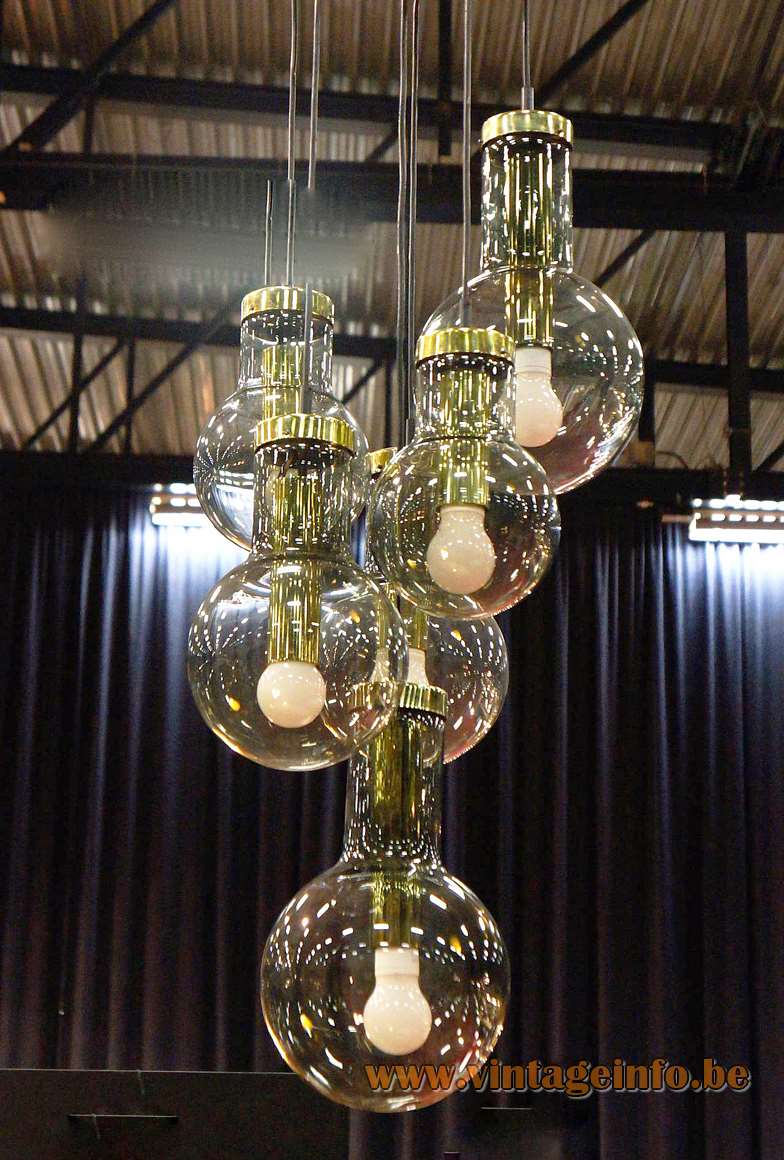 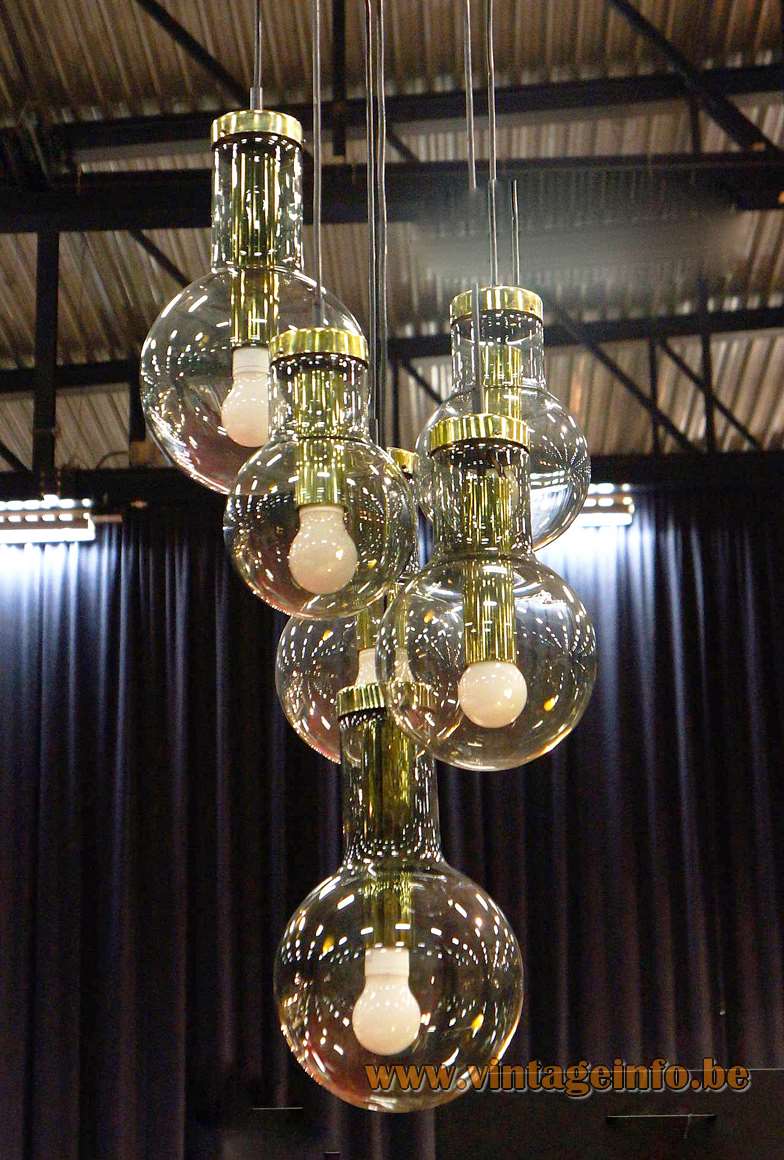 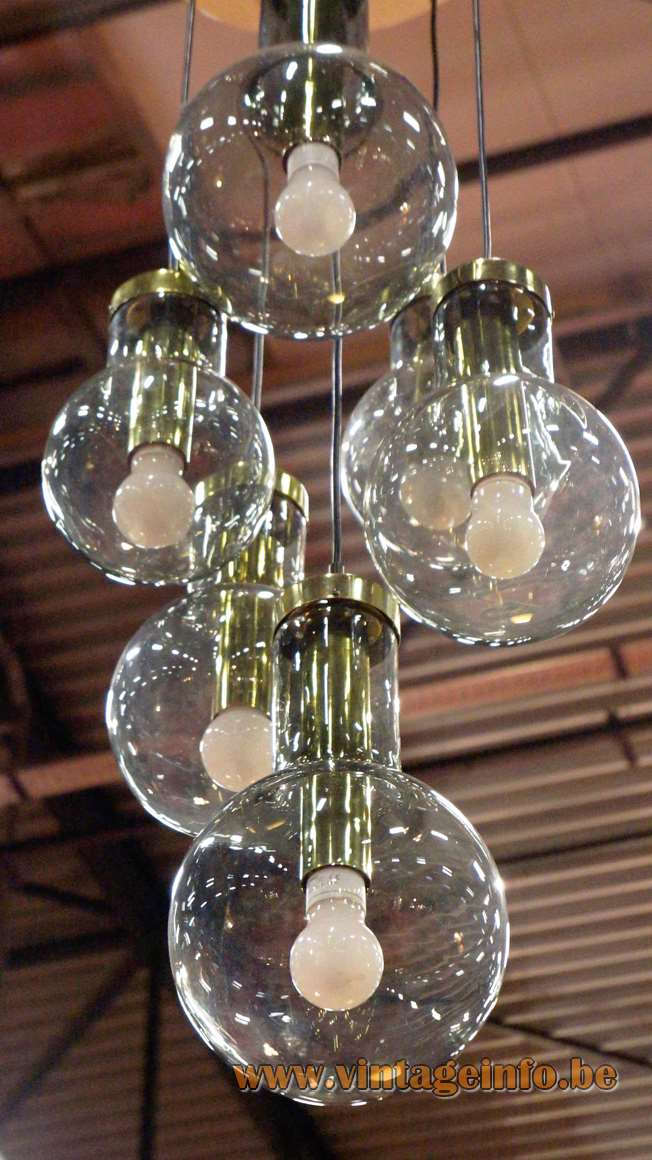 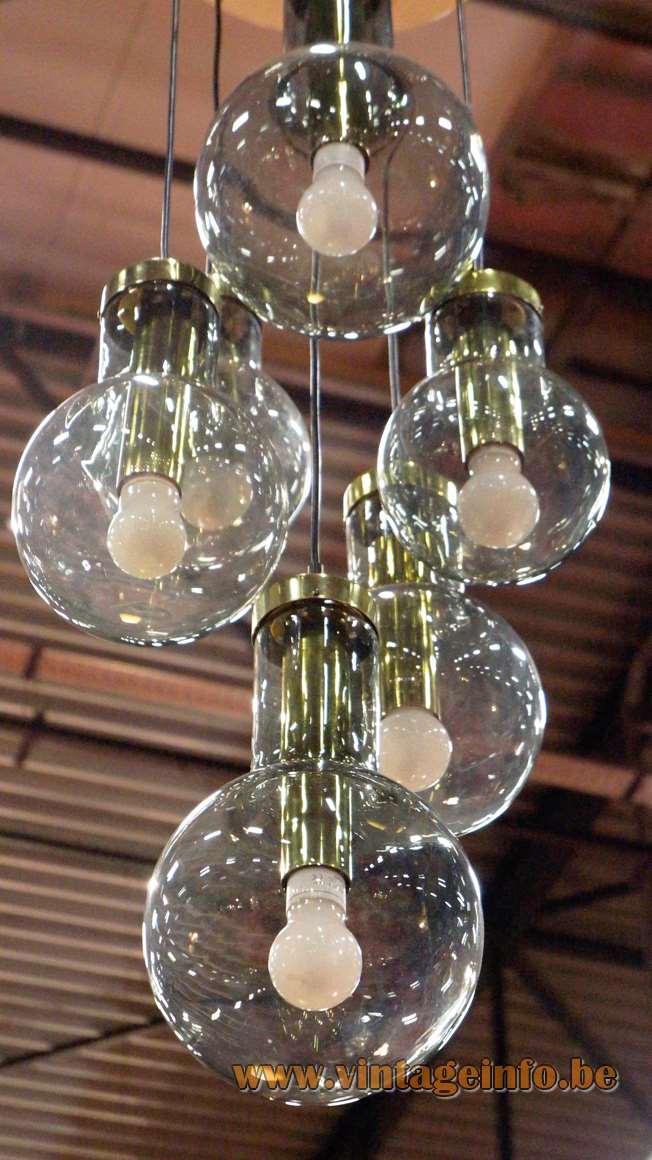 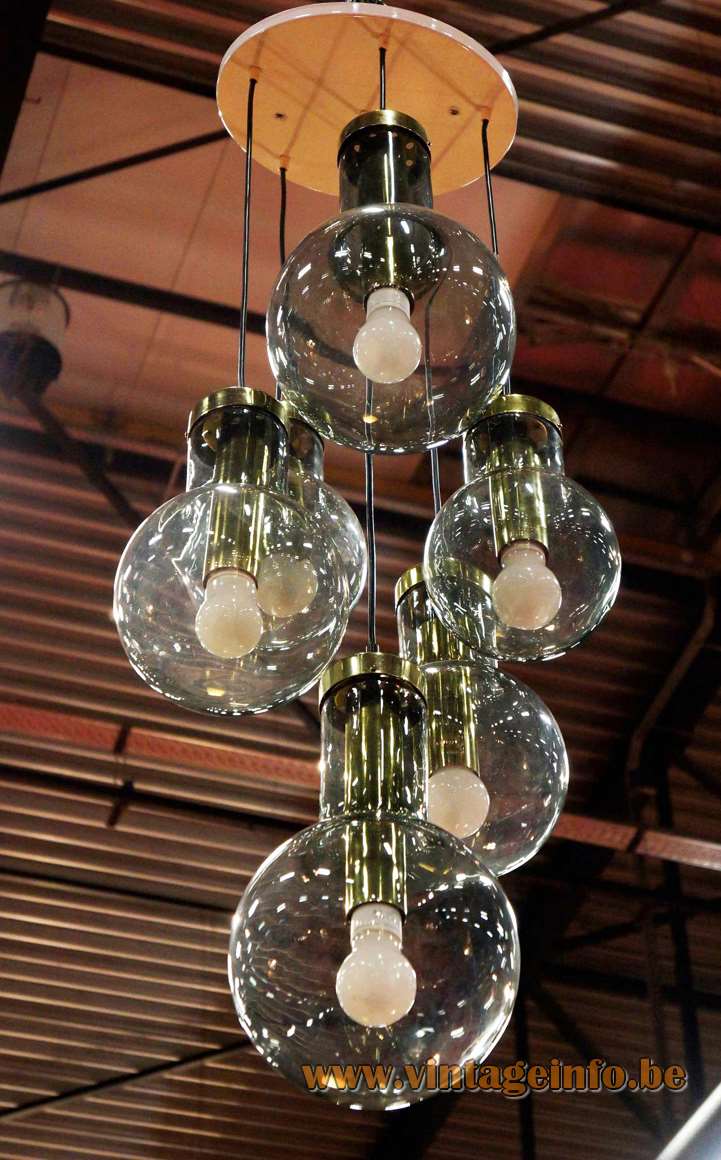 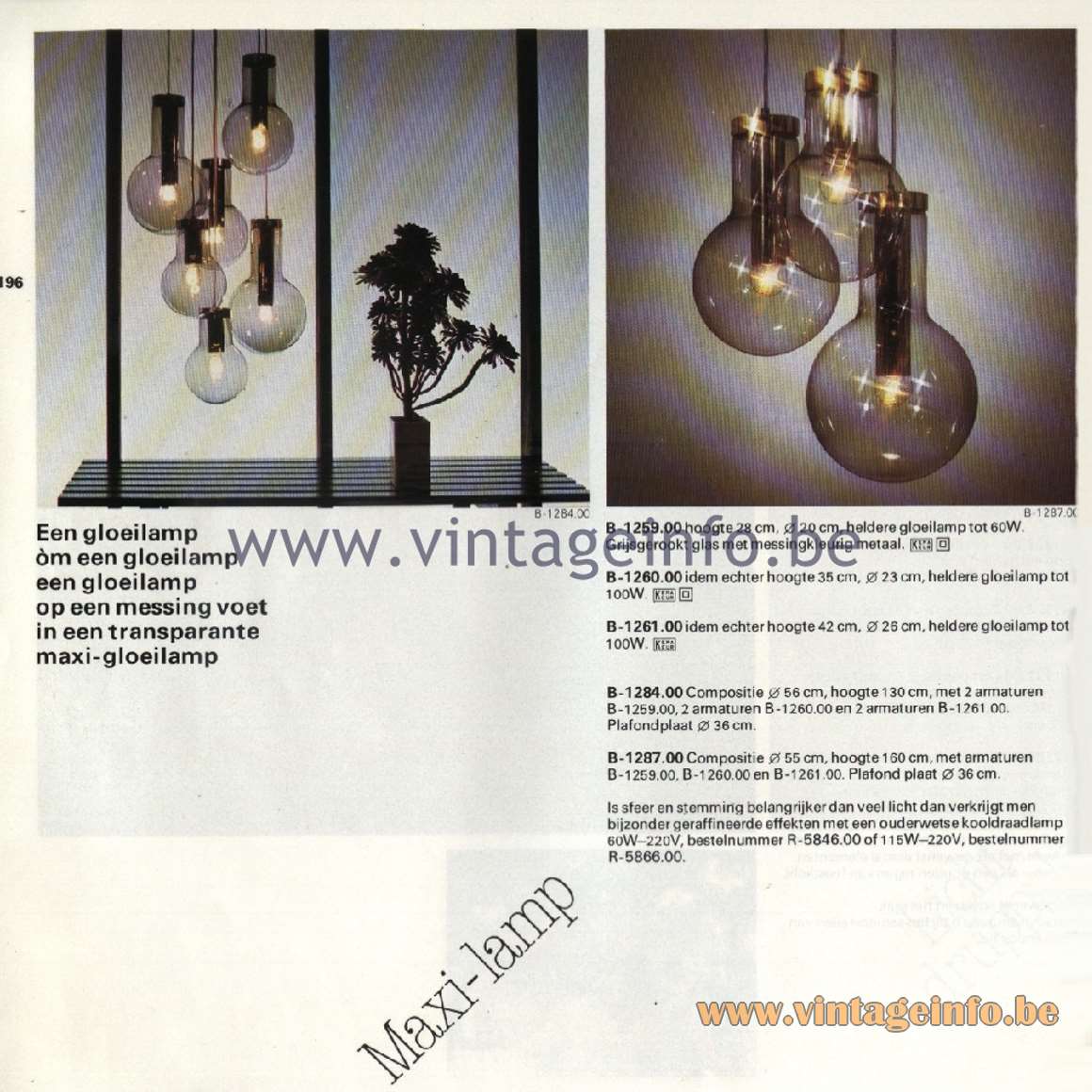 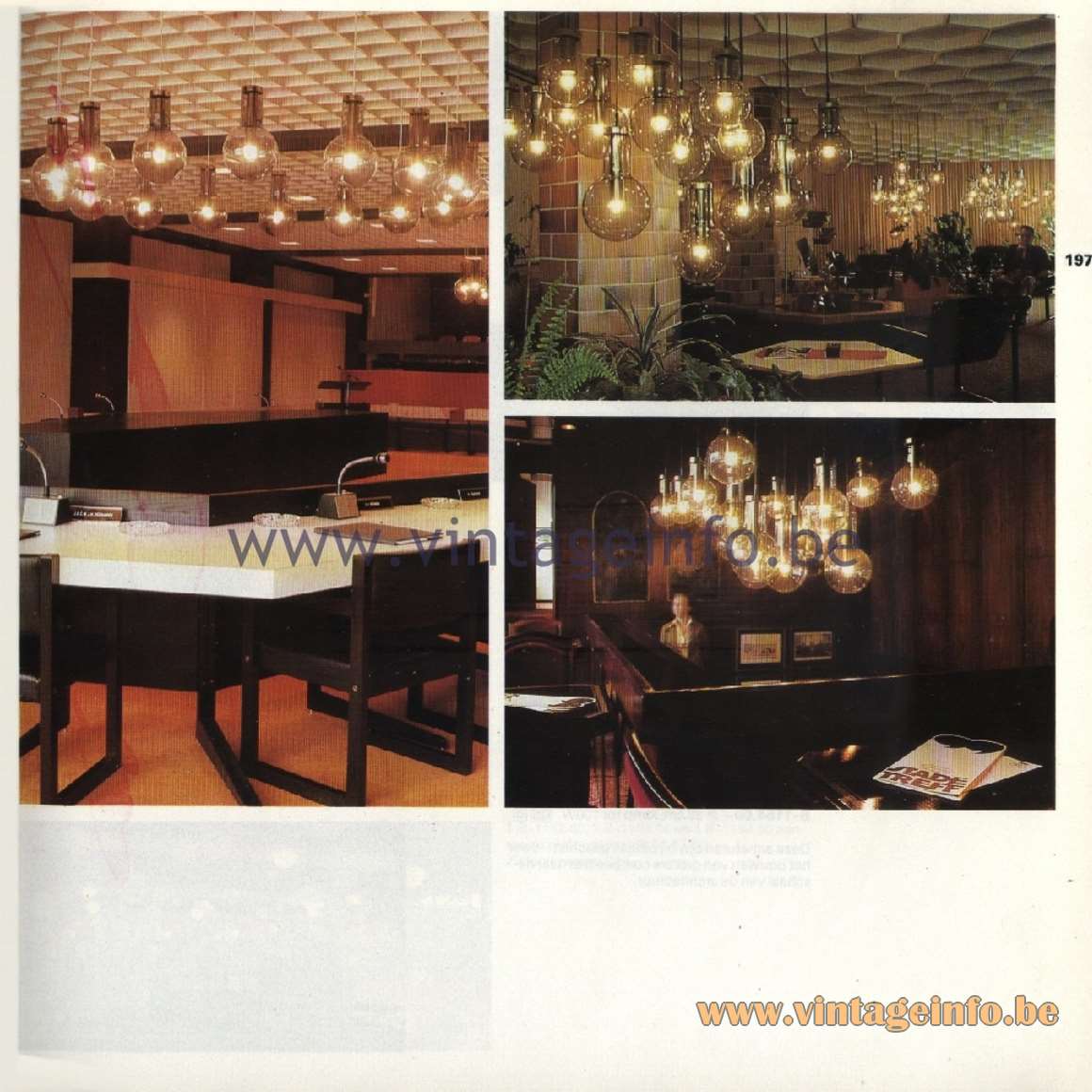 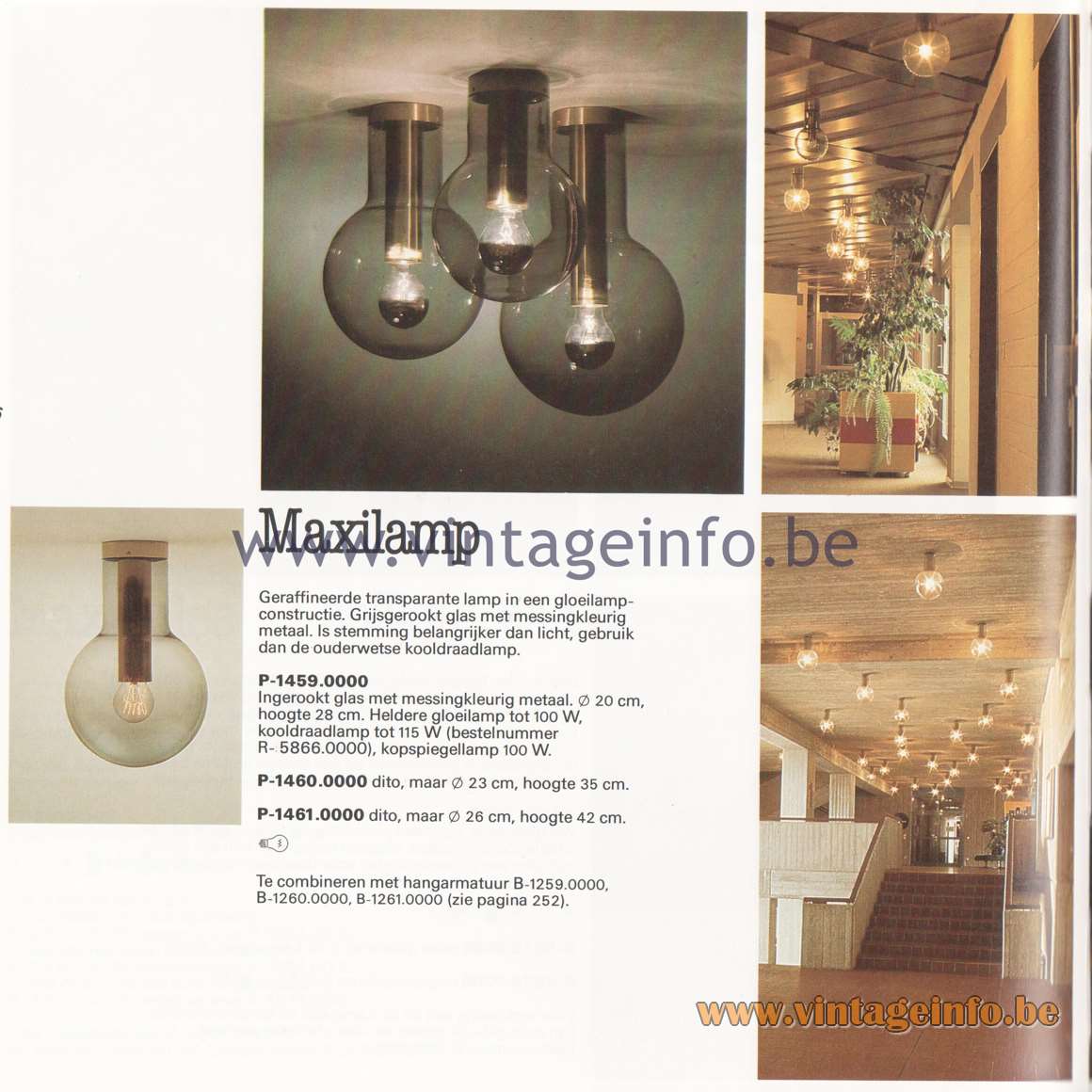 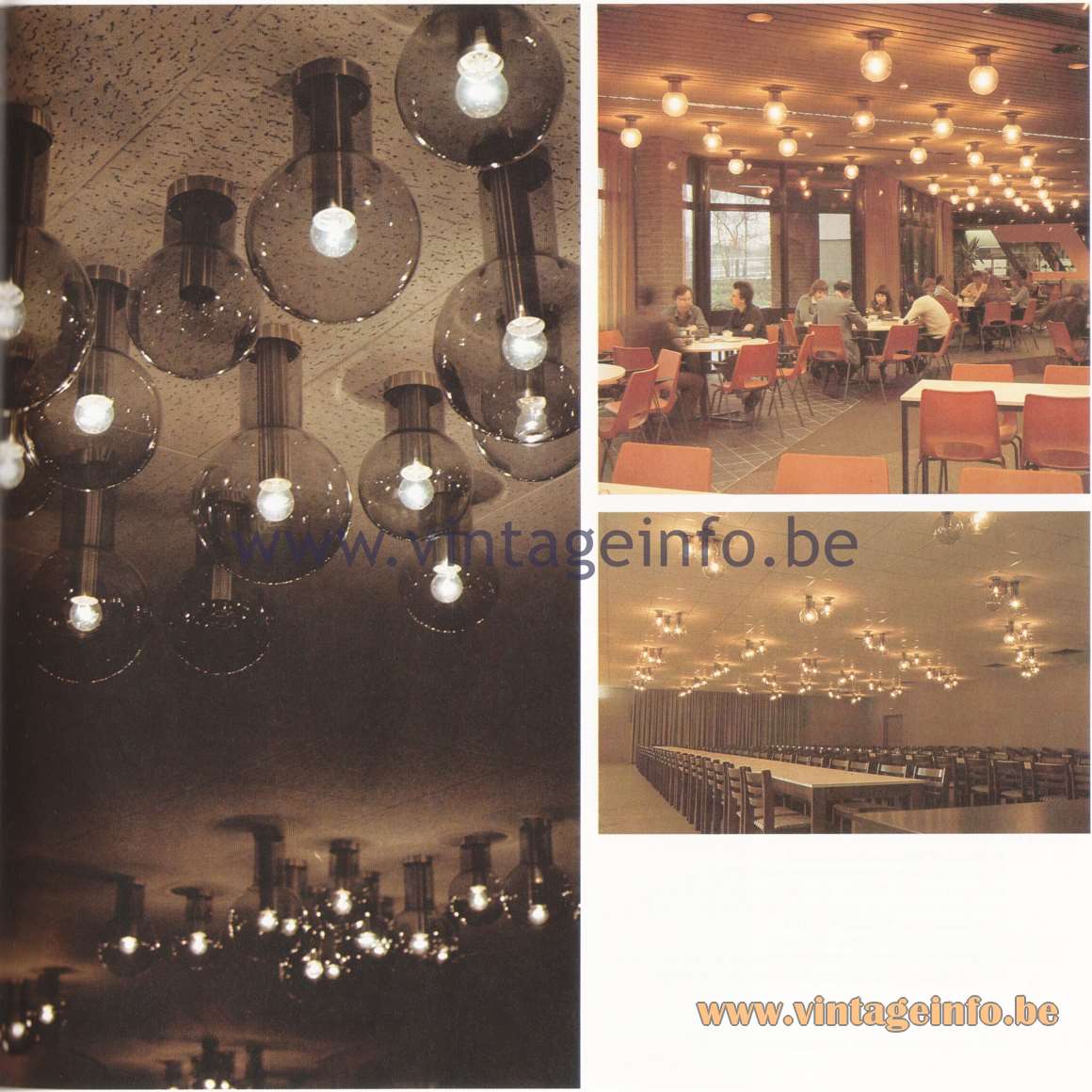 Other versions: This type of chandelier is named Compositie (composition). All cascading combined chandeliers by Raak are named “compositions”. The lamps (in 3 sizes) were also sold separate and as a flush mount.  These lamps are often named Maxi-Globe. The Globe is another famous Raak lamp, you can find it over here.

Raak Amsterdam also collaborated with other companies. They worked with the German Peill + Putzler for the Raak Globe lamps. Peill + Putzler produced the glass. They also sold lamps made by Peill + Putzler, such as a pendant light designed by Aloys Ferdinand Gangkofner. For the Raak Discus the glass was made by Bega, also a German company. For the Stalactites flush mounts a cooperation with the Belgian Val Saint Lambert was undertaken in the late 1950s. Raak also sold some lamps that were produced by Staff Leuchten (Staff & Schwarz Leuchtenwerke GMBH) from Germany and several other companies. 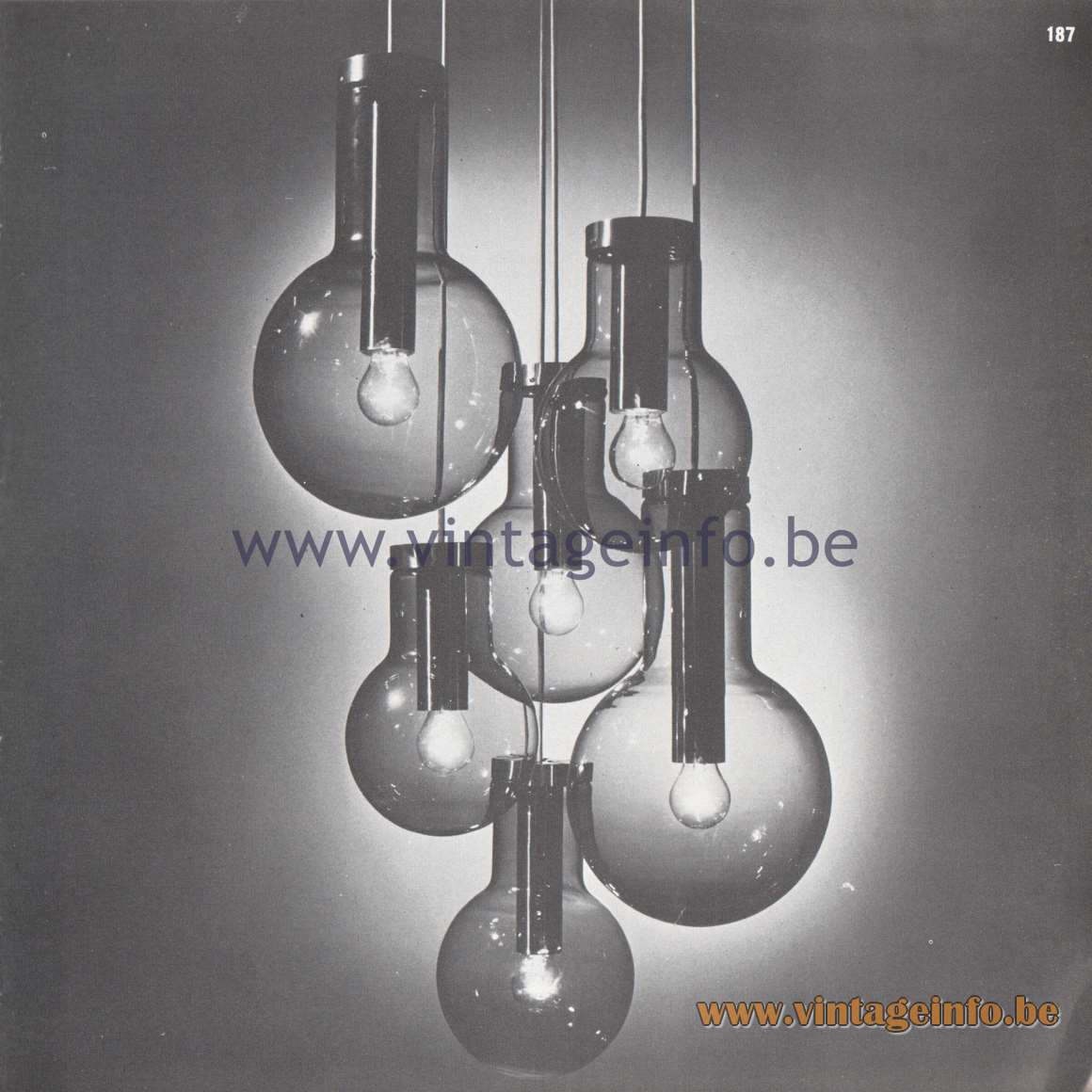 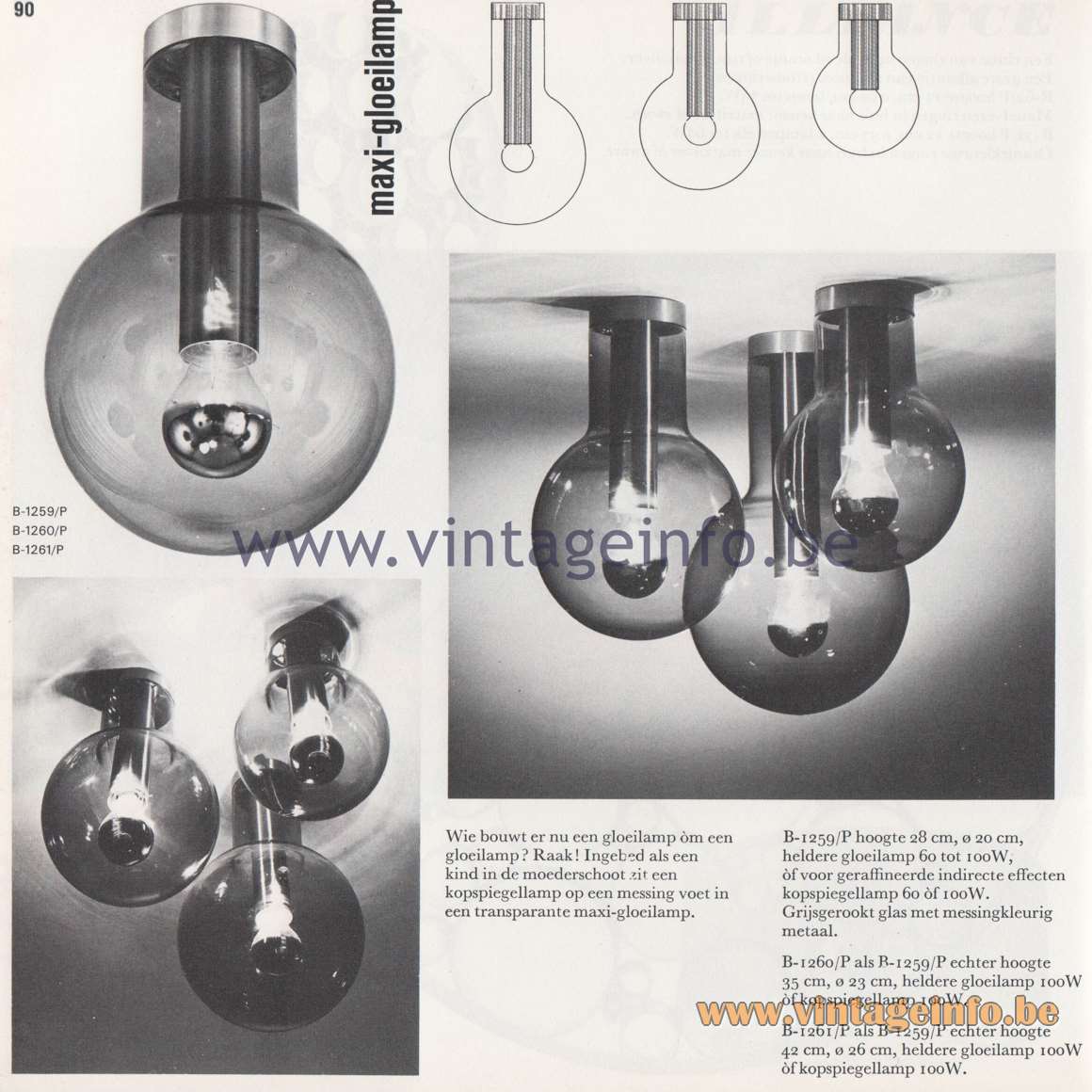 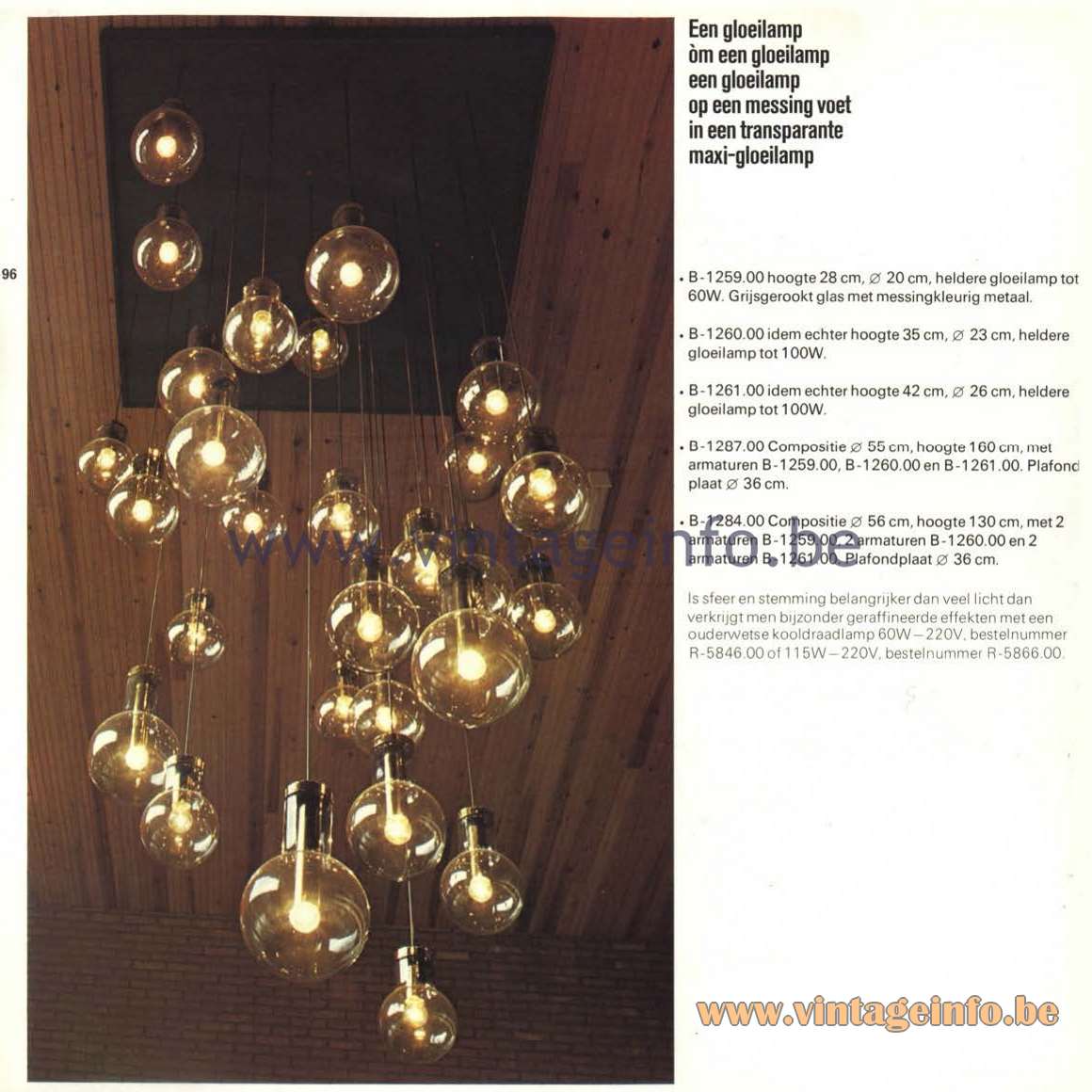 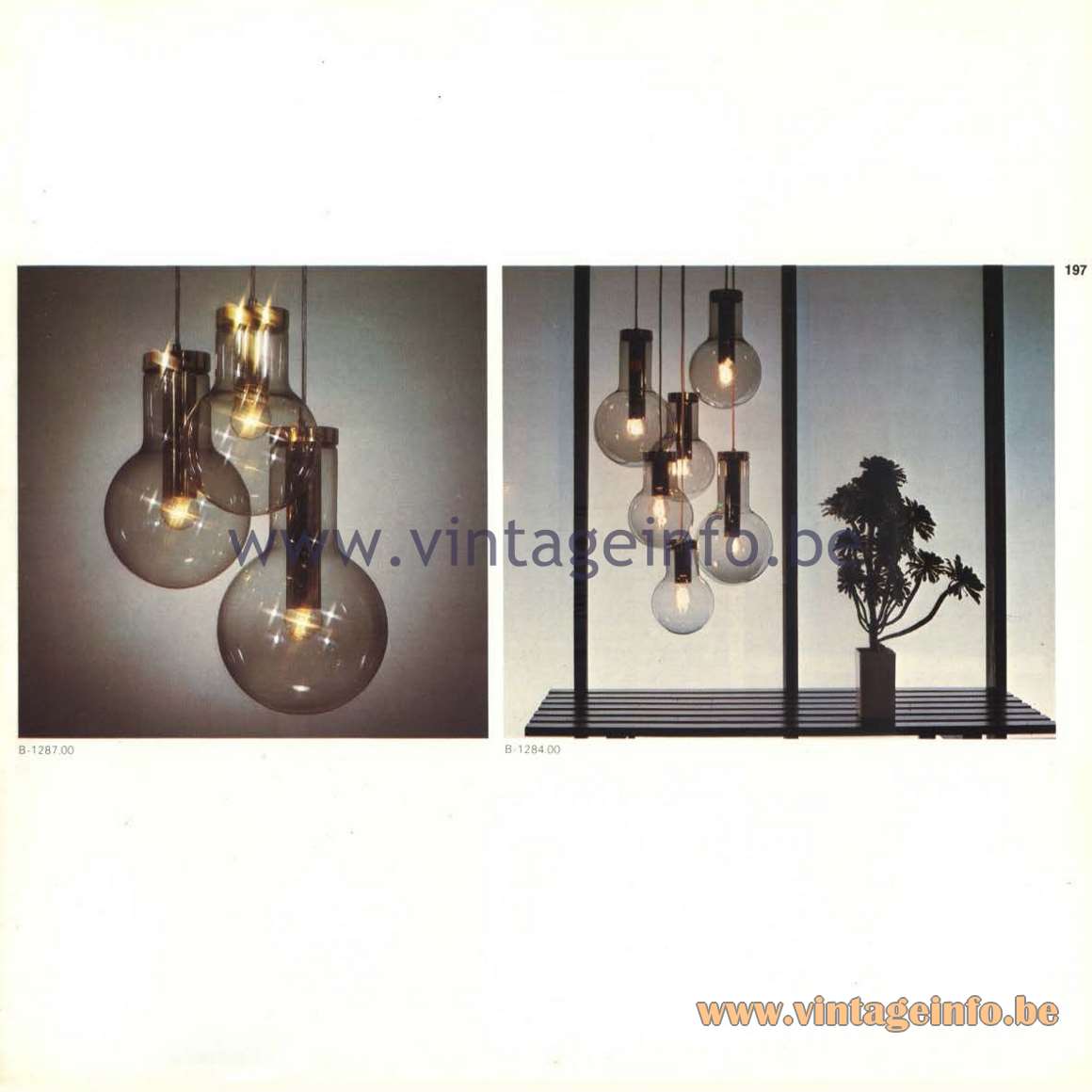