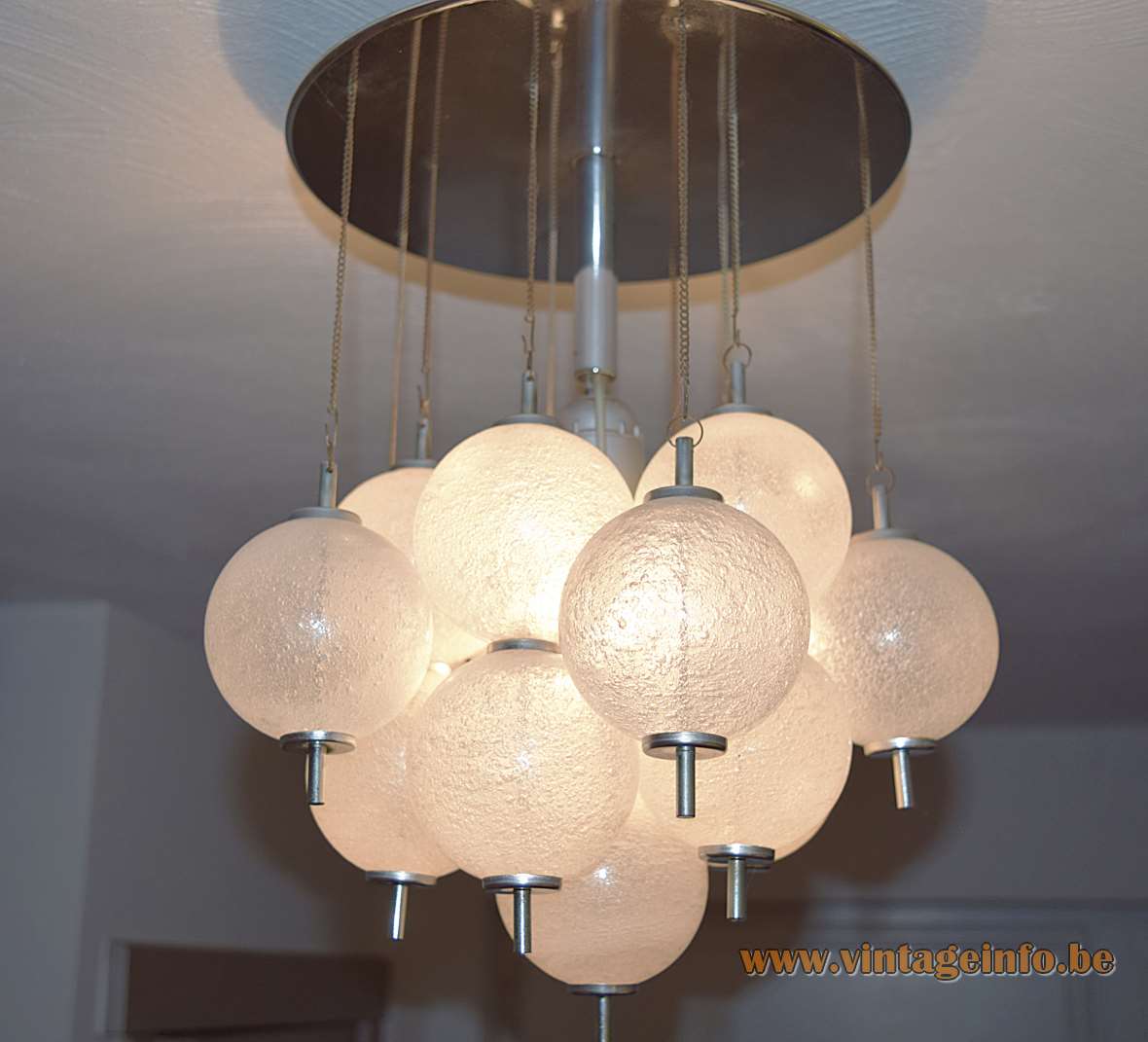 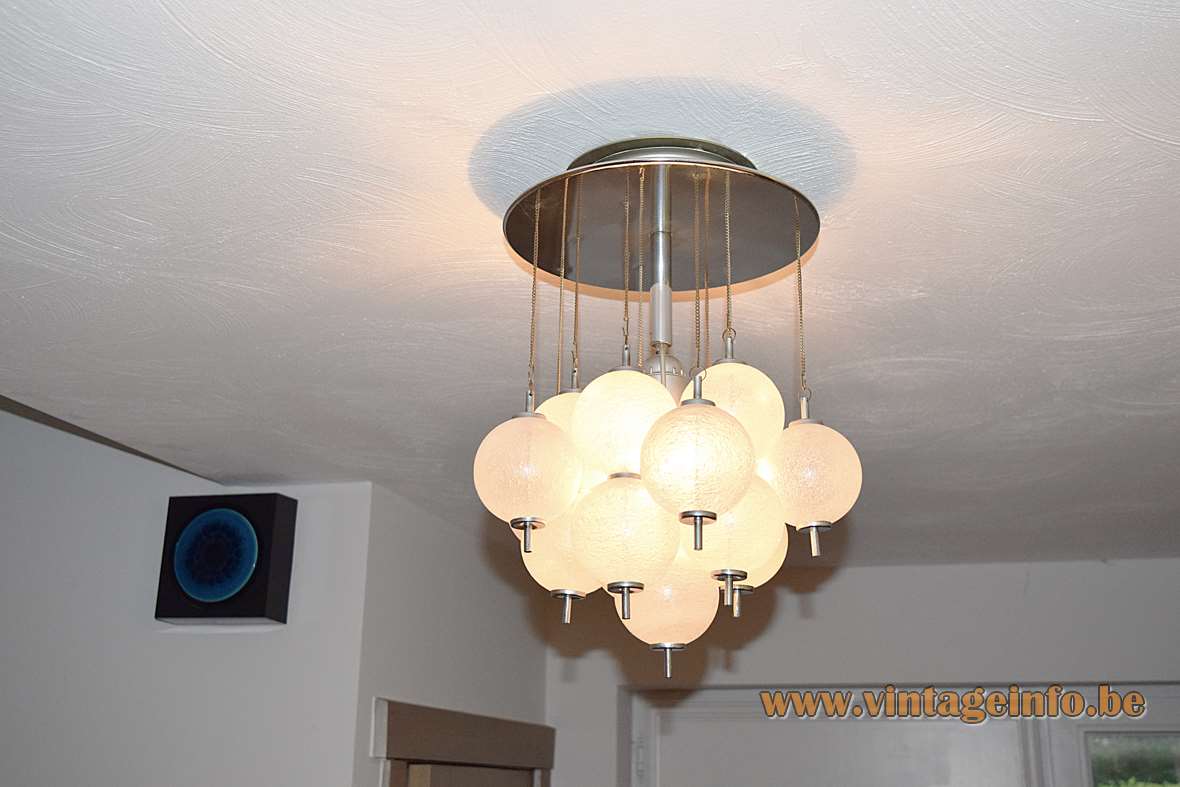 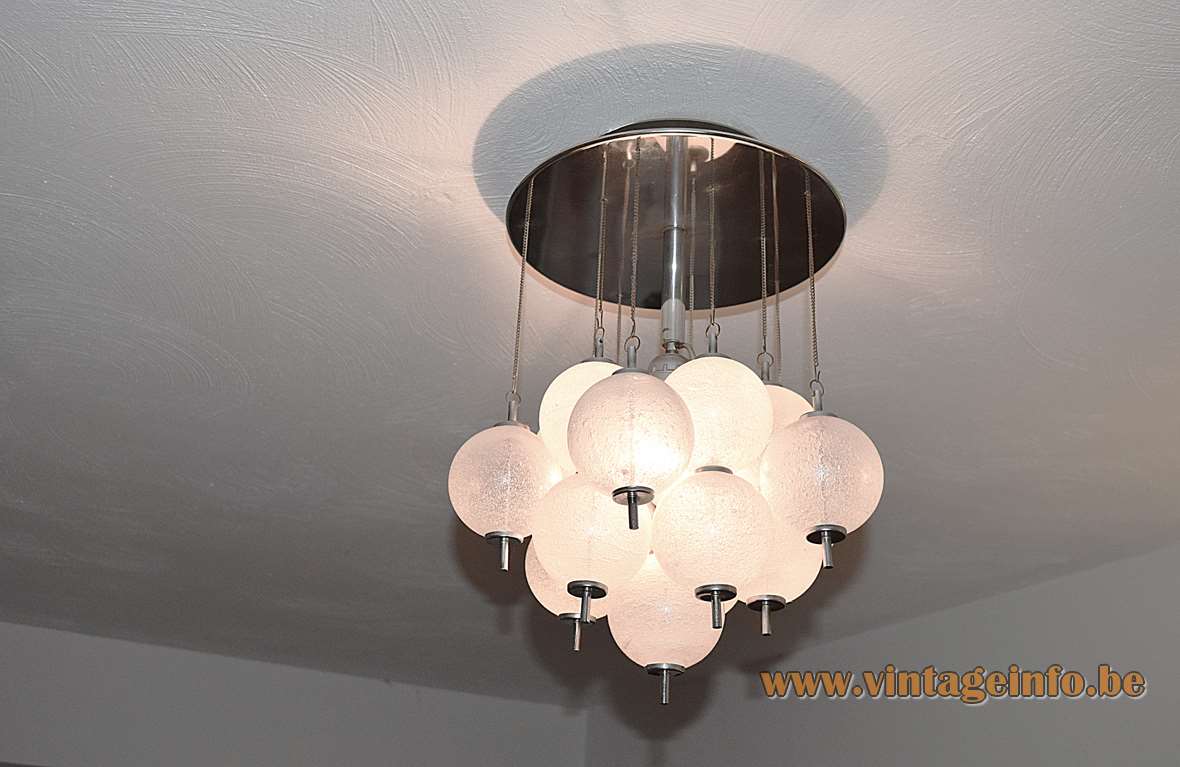 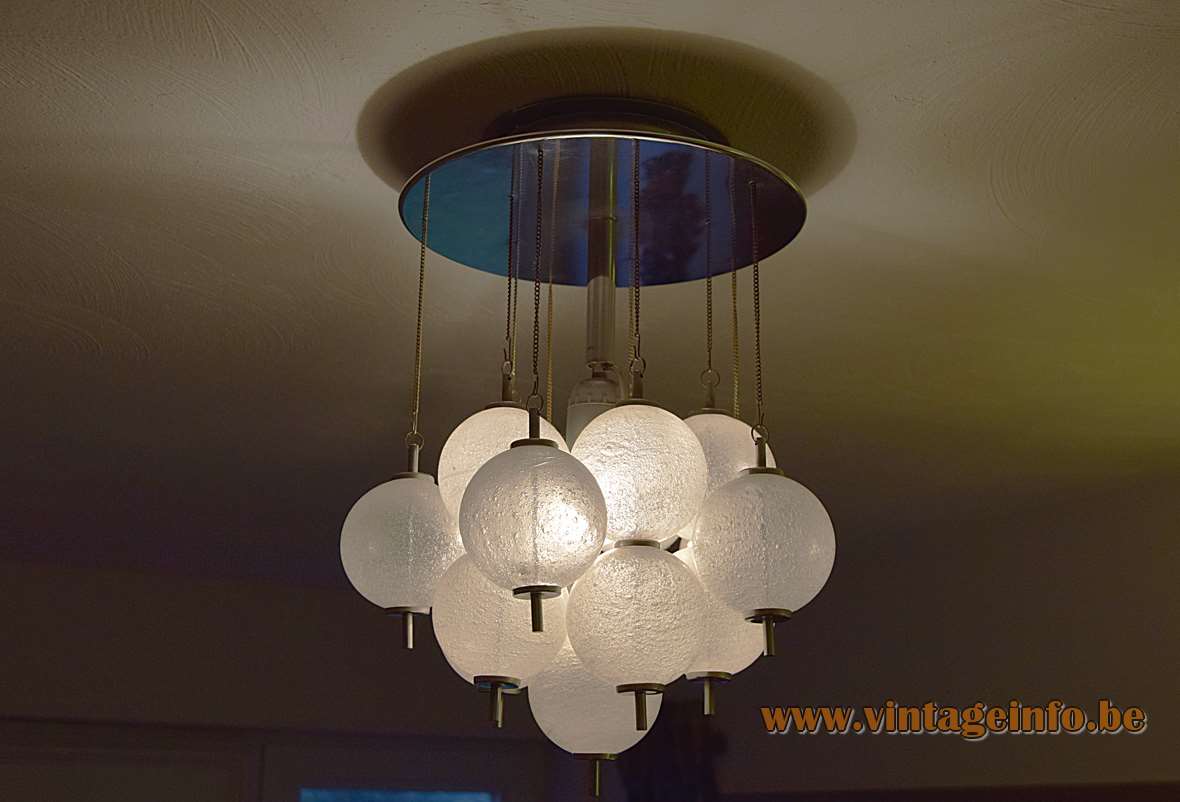 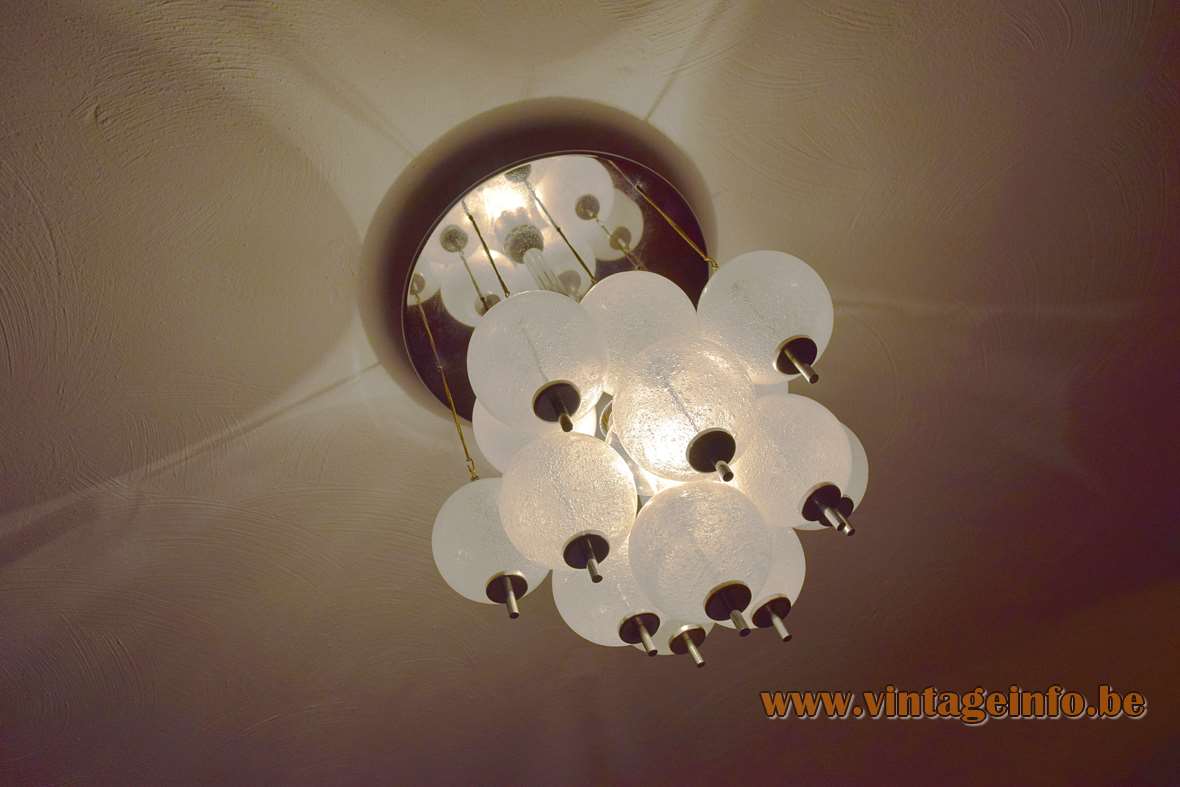 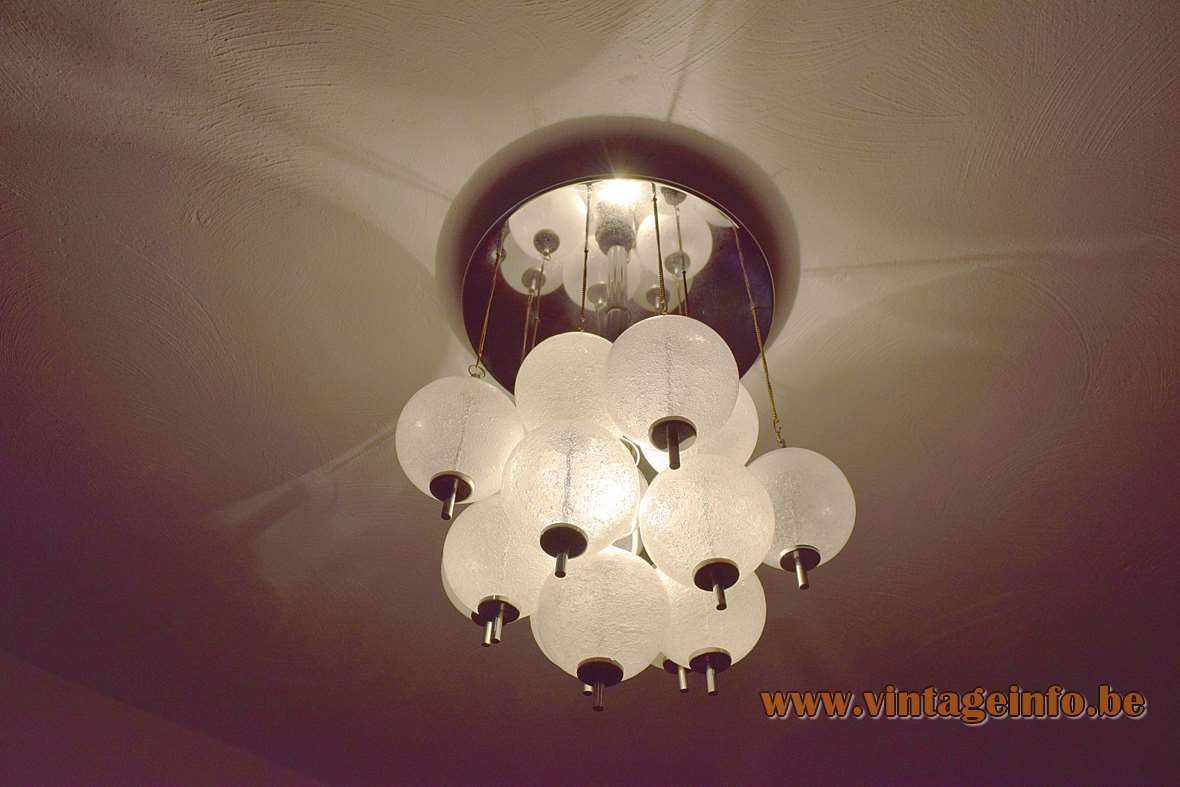 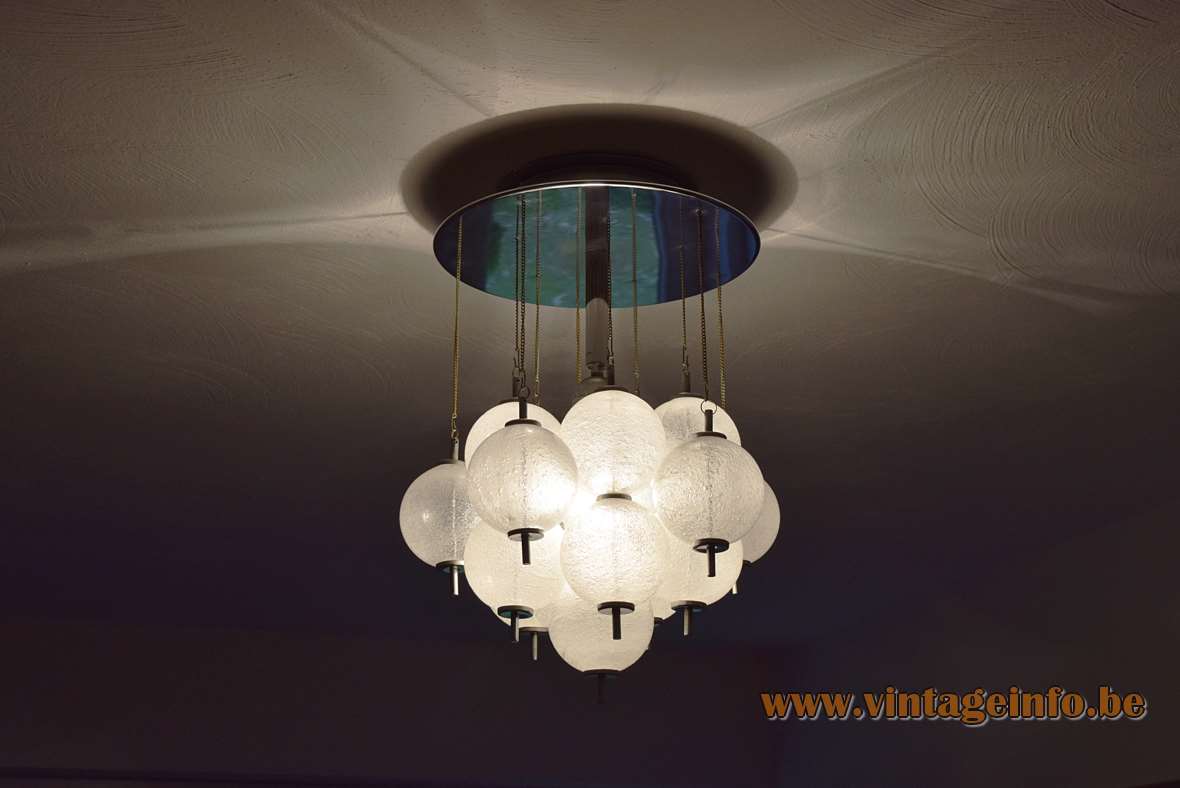 Dutch text from the Raak catalogue in 1972

Translated text from the original 1972 catalogue

The Raak light consulting firm assist you in designing special compositions adapted to the architecture of the scale.

Other versions: The Raak Sterrenbeeld ceiling lamp exists in several different sizes and forms. Also produced as a chandelier.

These Sterrenbeeld lamps only appear in catalogues from the 70s. In catalogue 12 from 1982 only a small photo shows up, without further explanation.

Raak Sterrenbeeld in the 1972 catalogue 9

Raak Sterrenbeeld in the 1978 catalogue 11