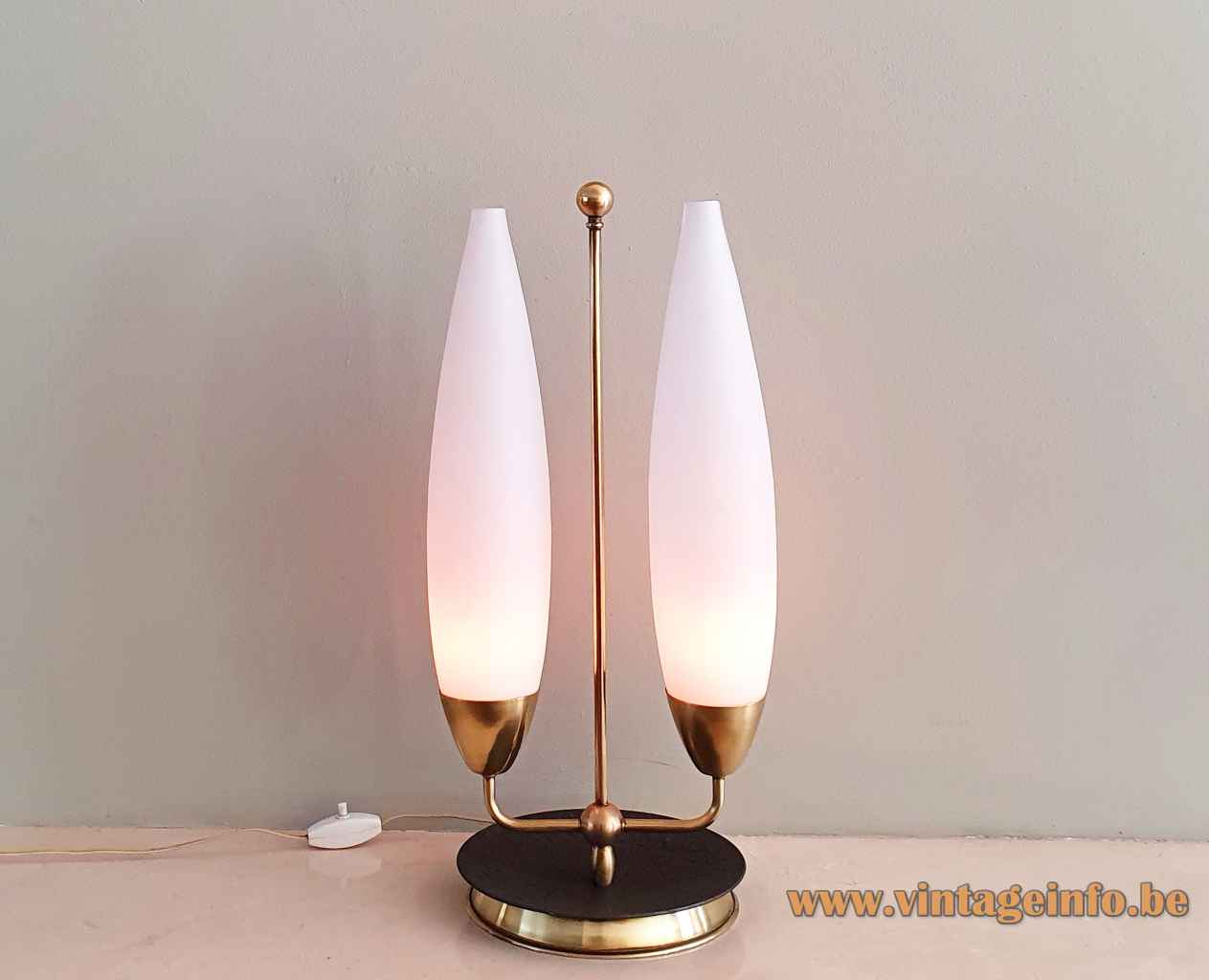 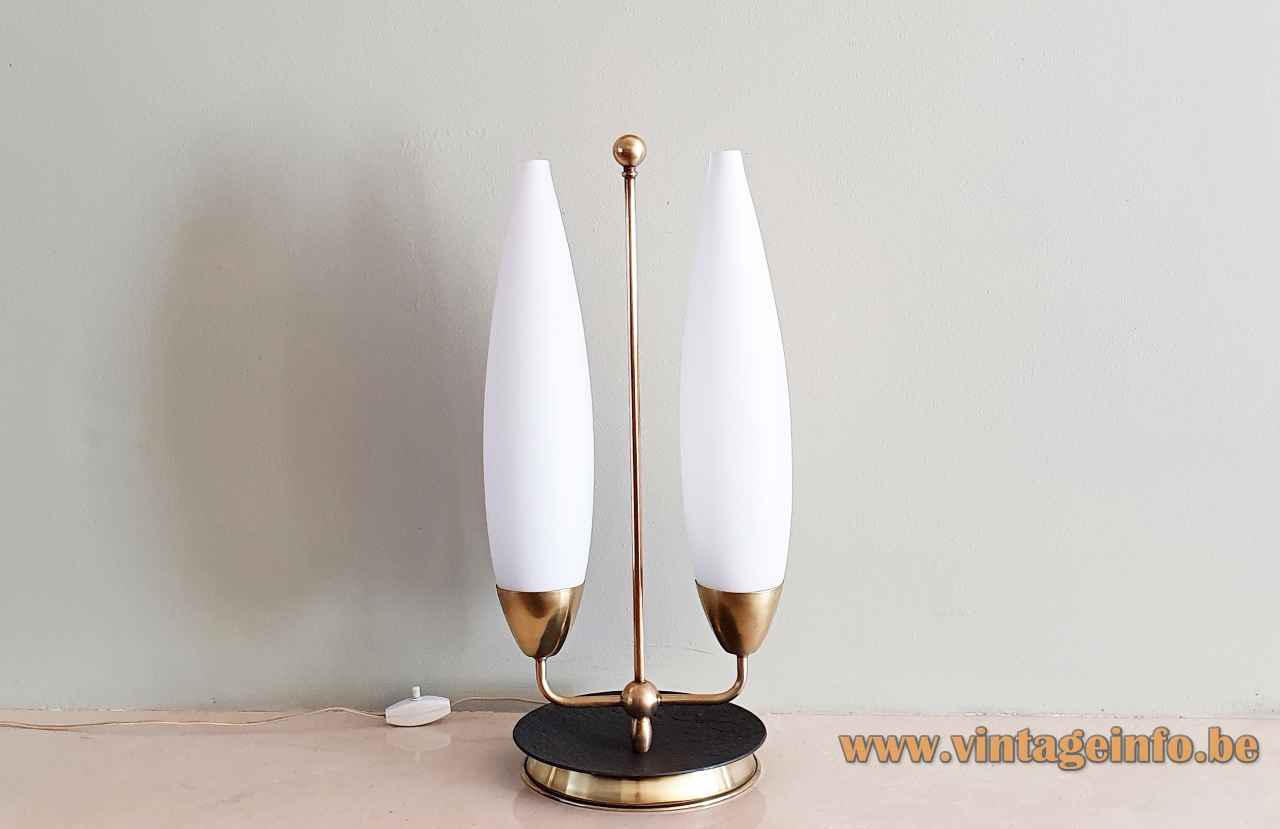 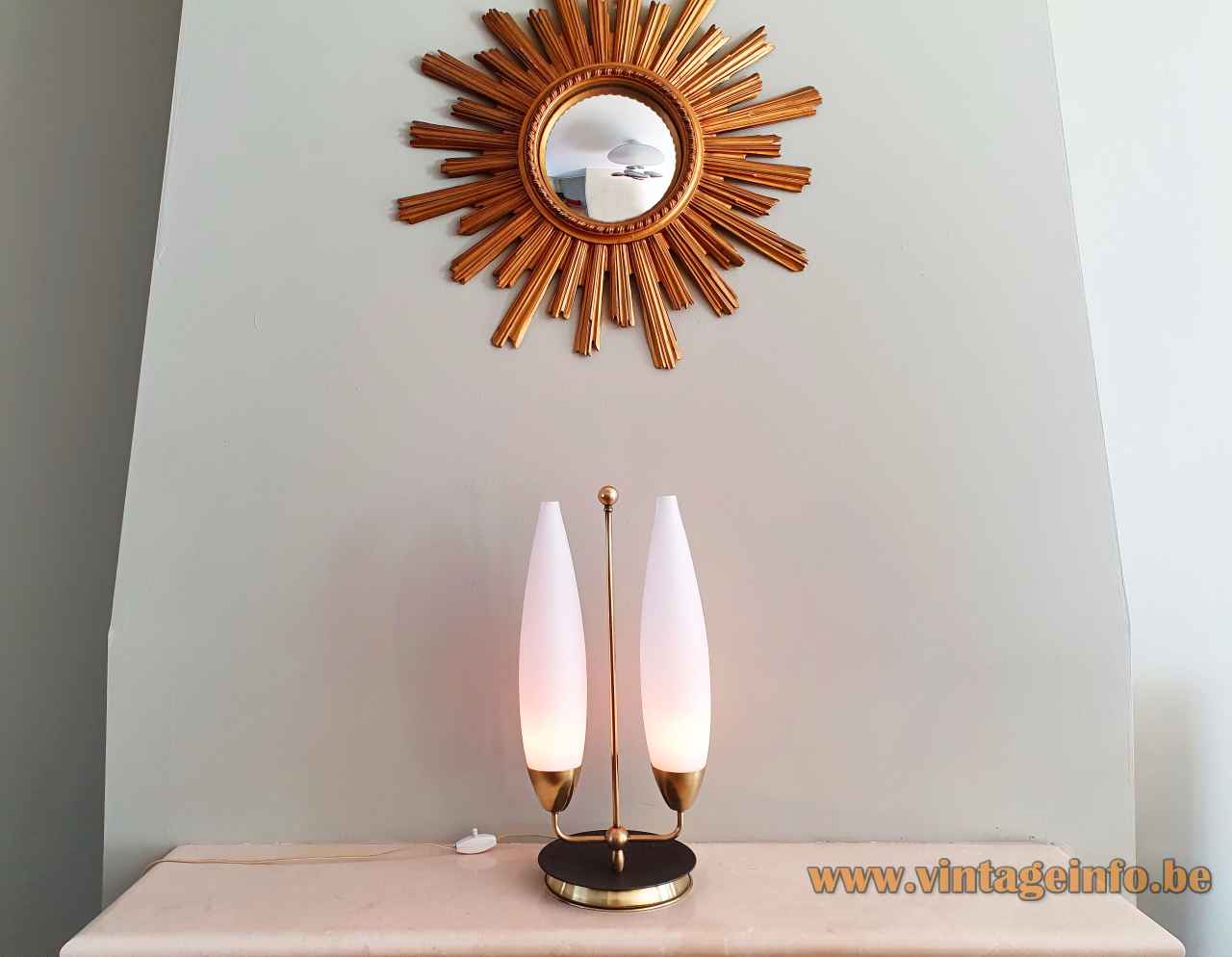 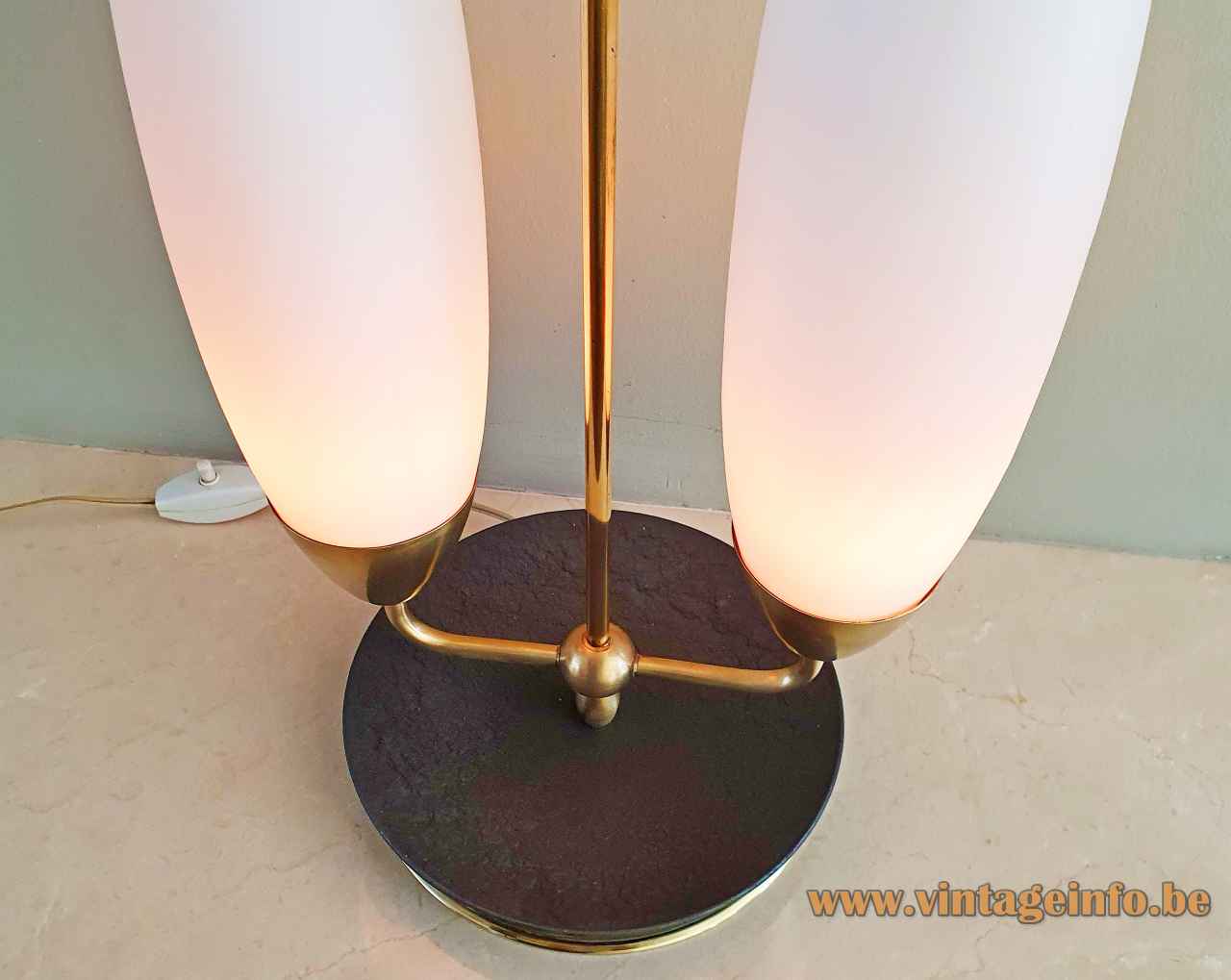 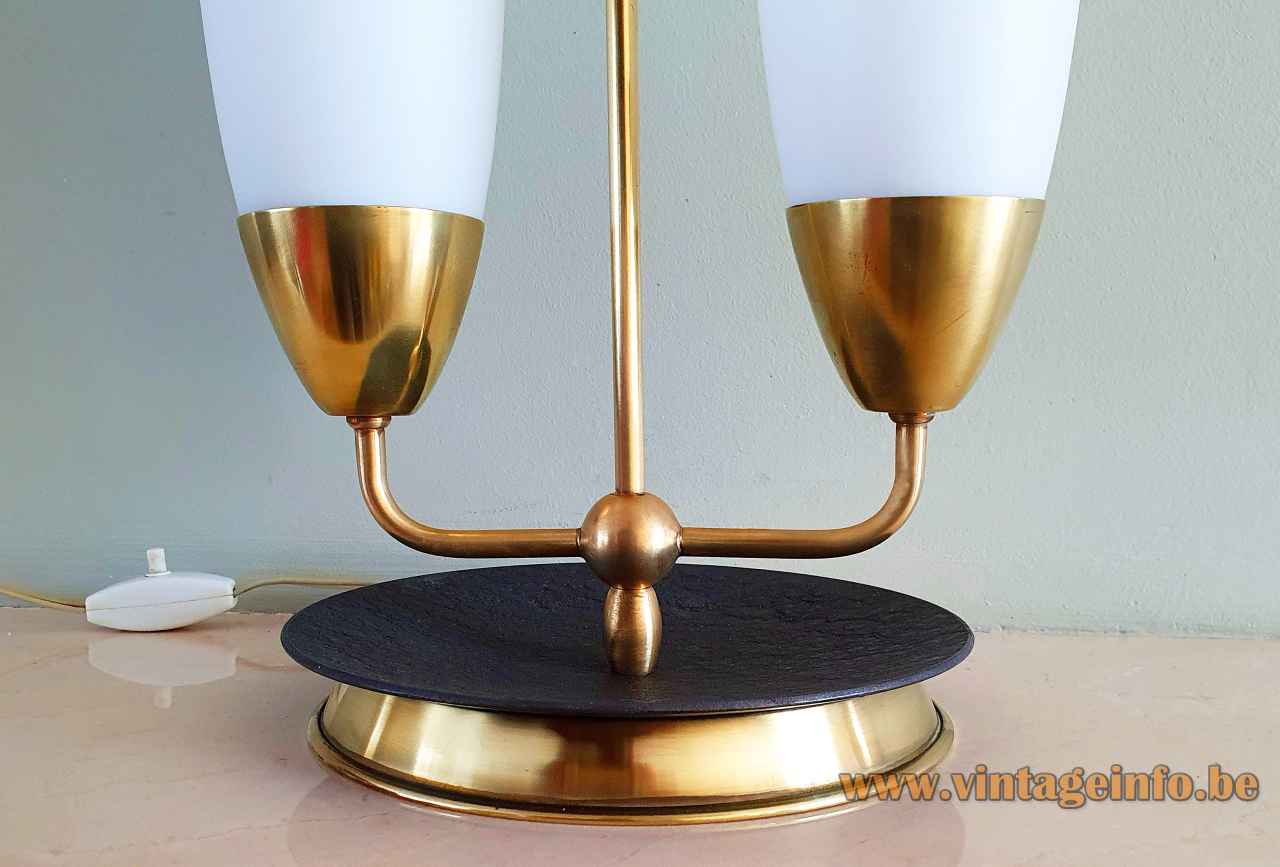 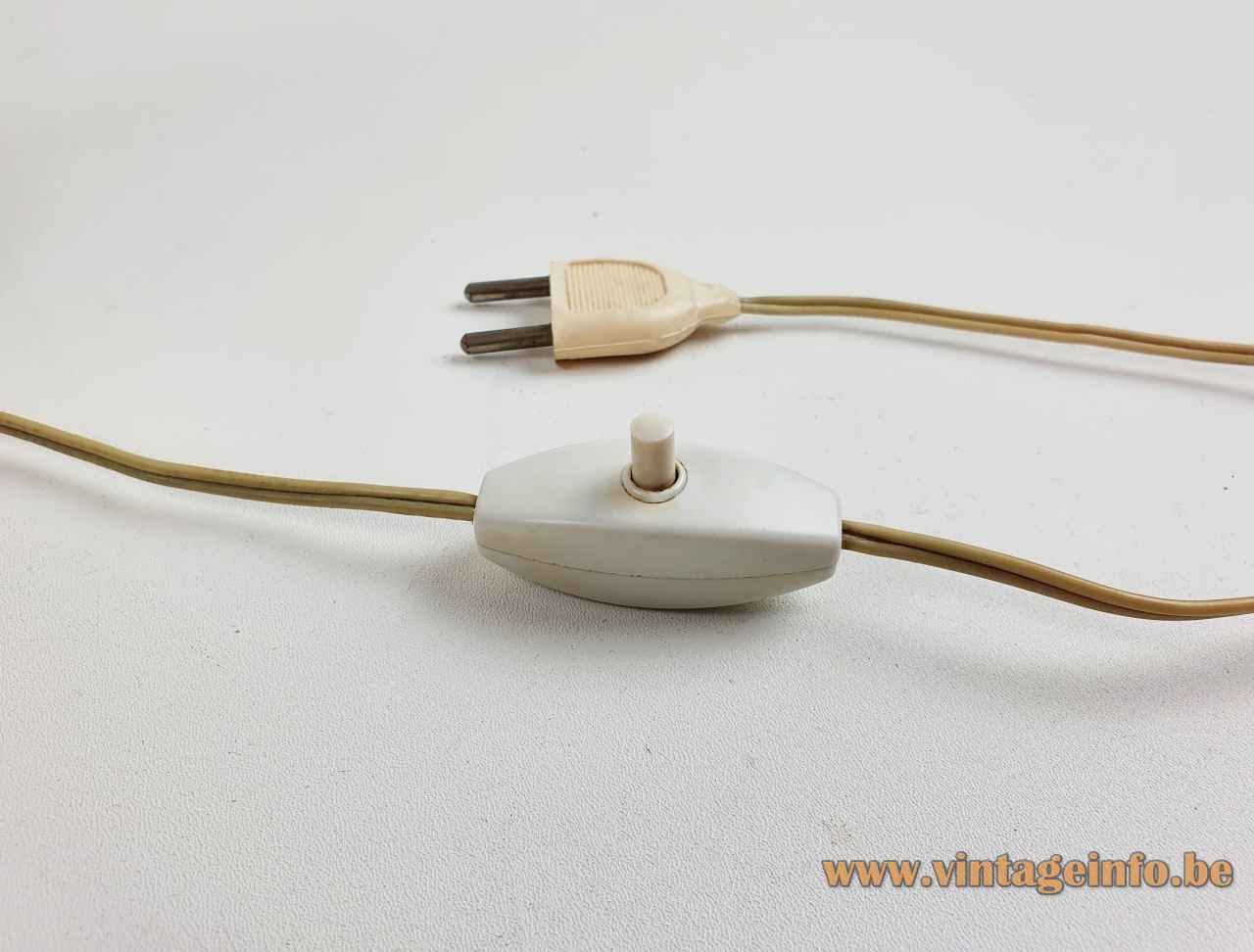 A 1960s convex opal glass table lamp with a single lampshade made of the same glass with a brass ring as shown on this page, was used as a prop in the 2015 – 2018 French parody spy TV series Au Service De La France (A Very Secret Service).  Starring Hugo Becker, Wilfred Benaïche and Christophe Kourotchkine. Many lamps were used in this series. 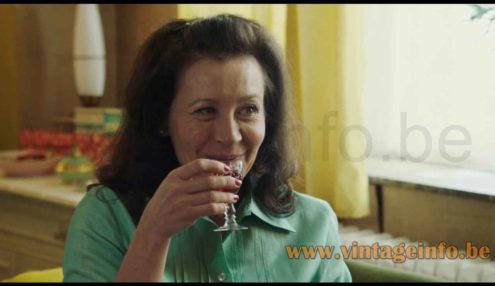 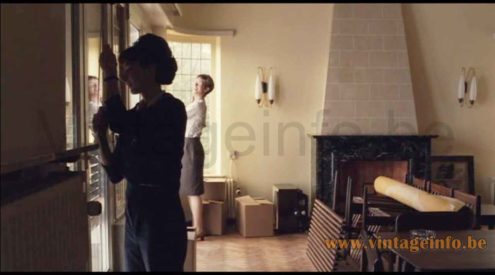 A wall lamp with the same glass was used as a prop in the 1999 Flemish sitcom Raf En Ronny II, the successor of the Raf En Ronny Show (1998). It appears in season 2, episode 6. Starring Stany Crets and Peter Van Den Begin. 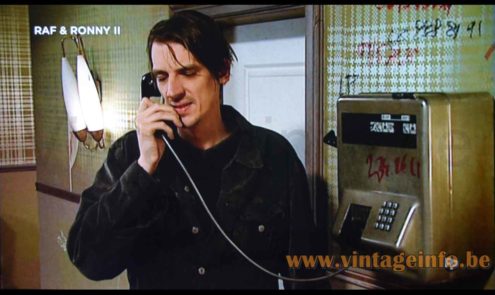 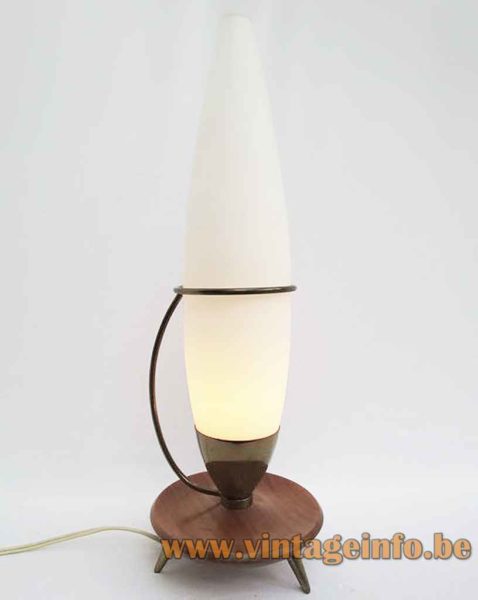 Opal glass and brass chandelier – Lamp with the same lampshades