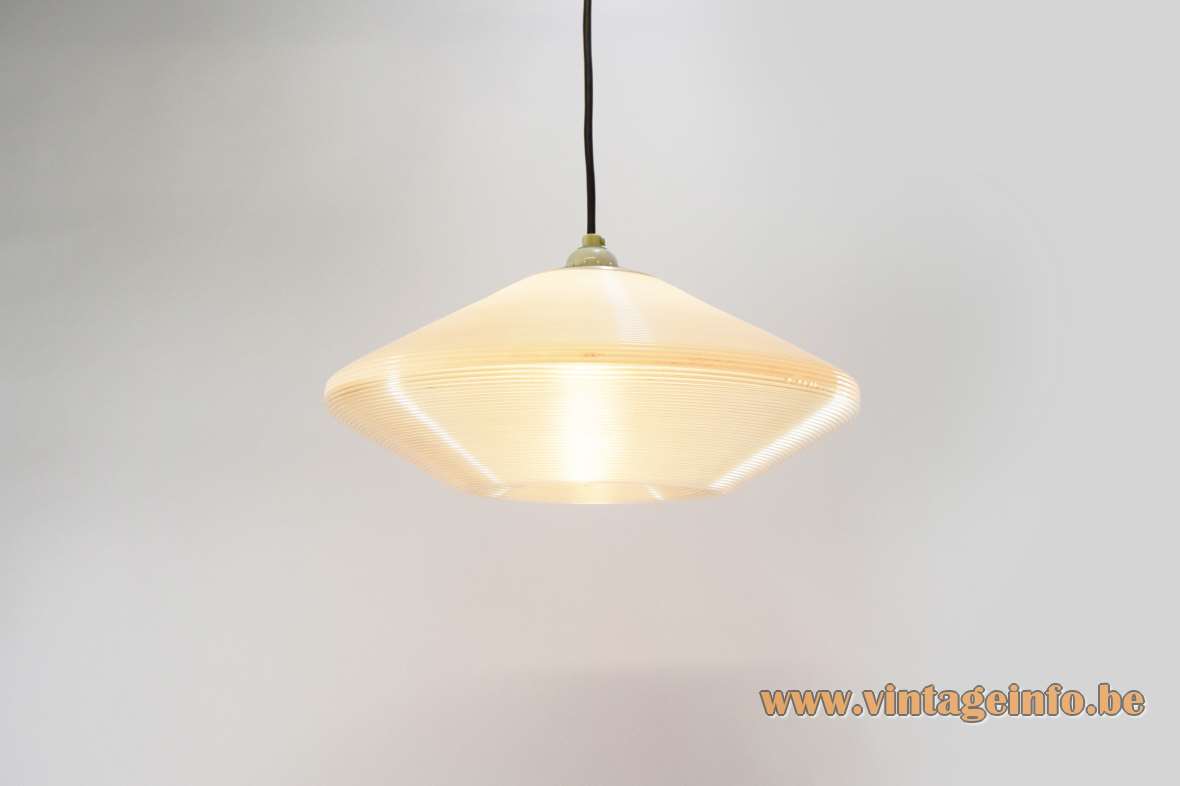 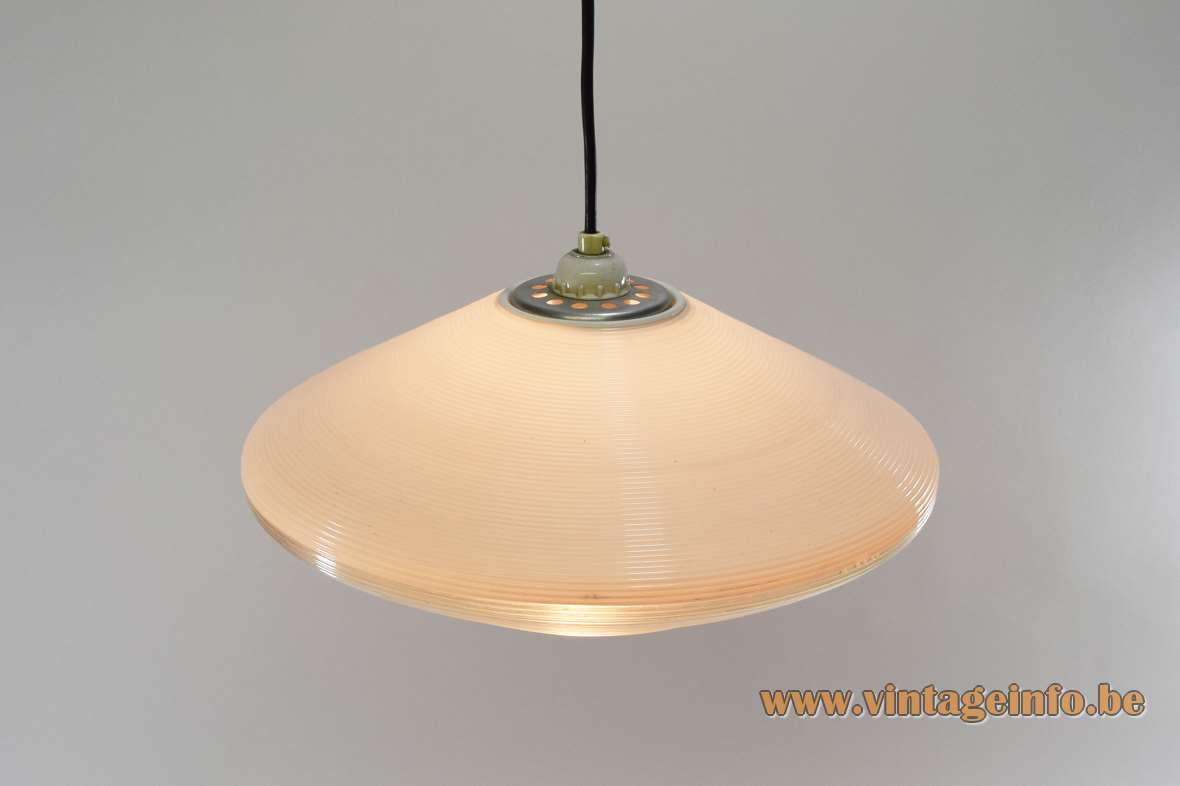 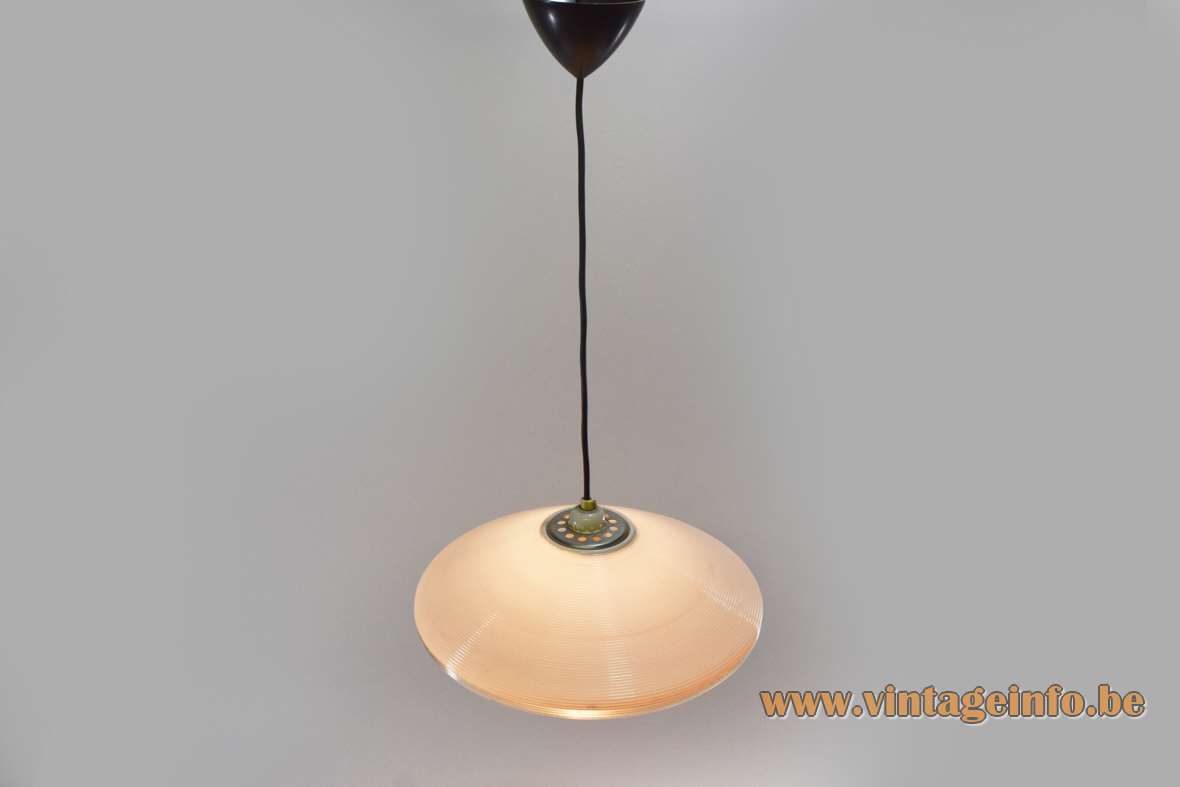 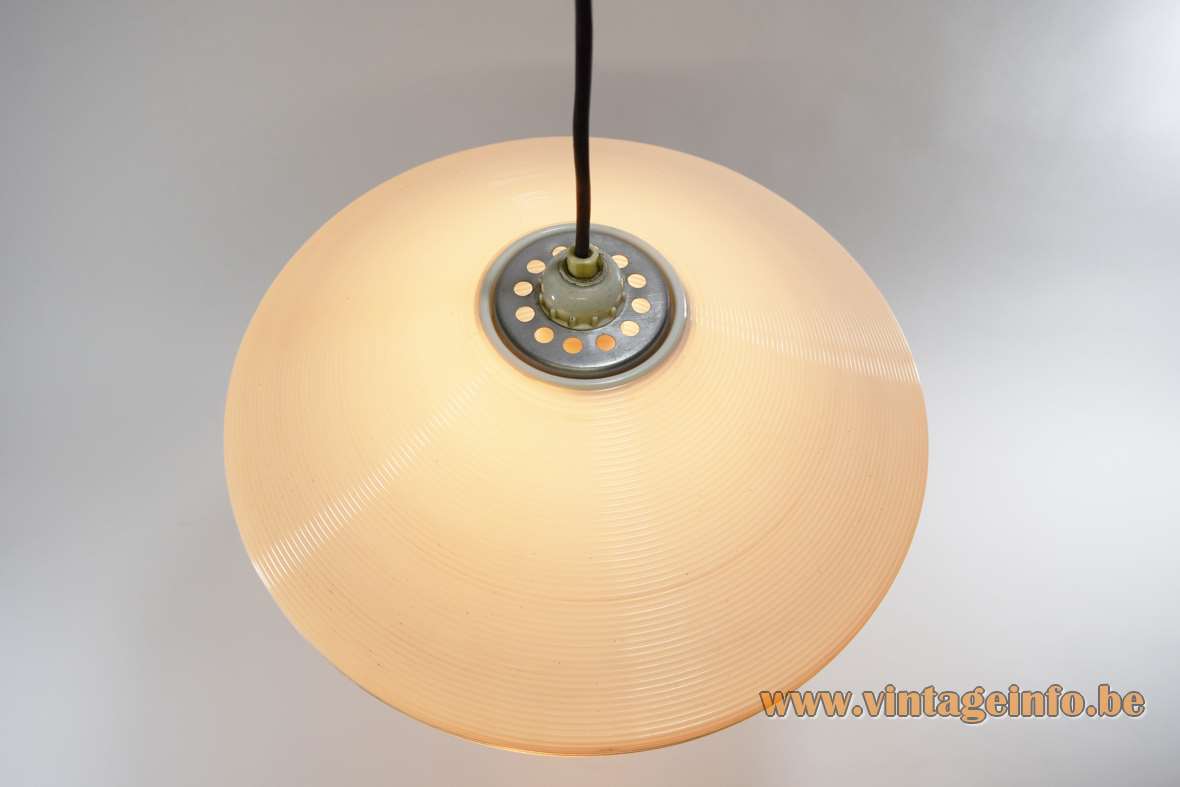 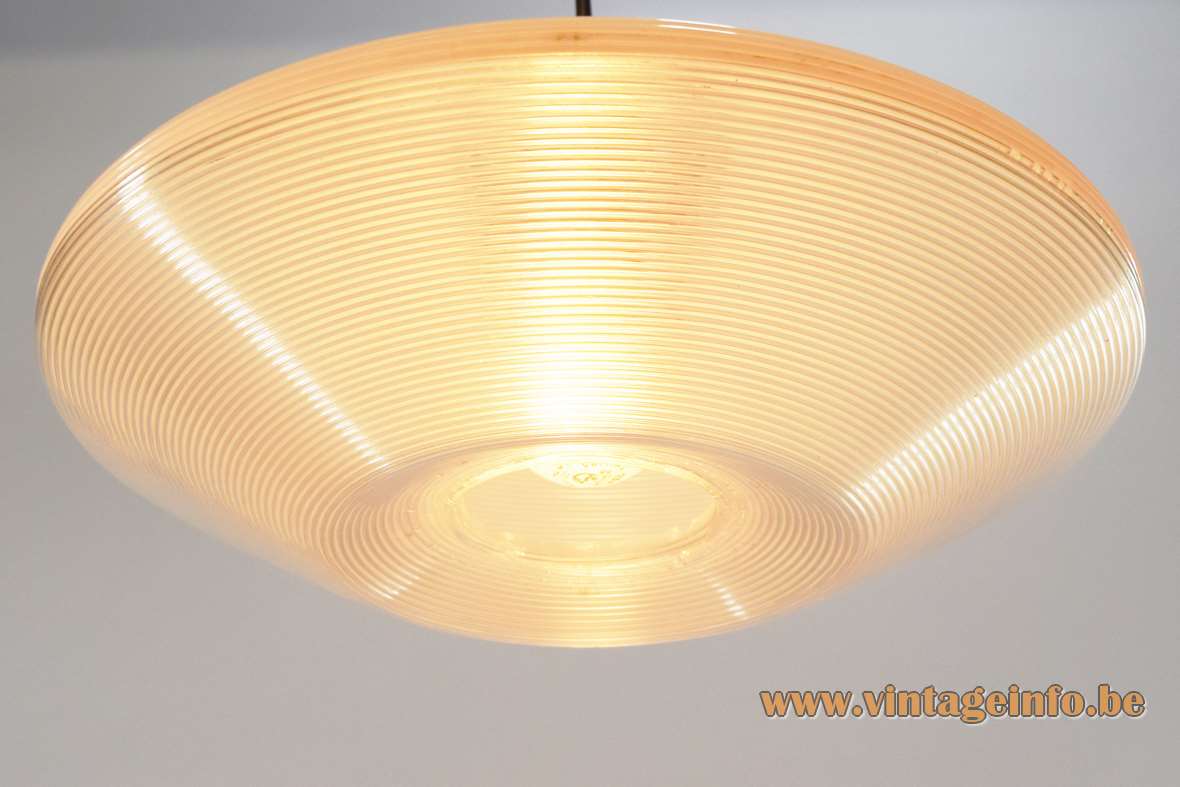 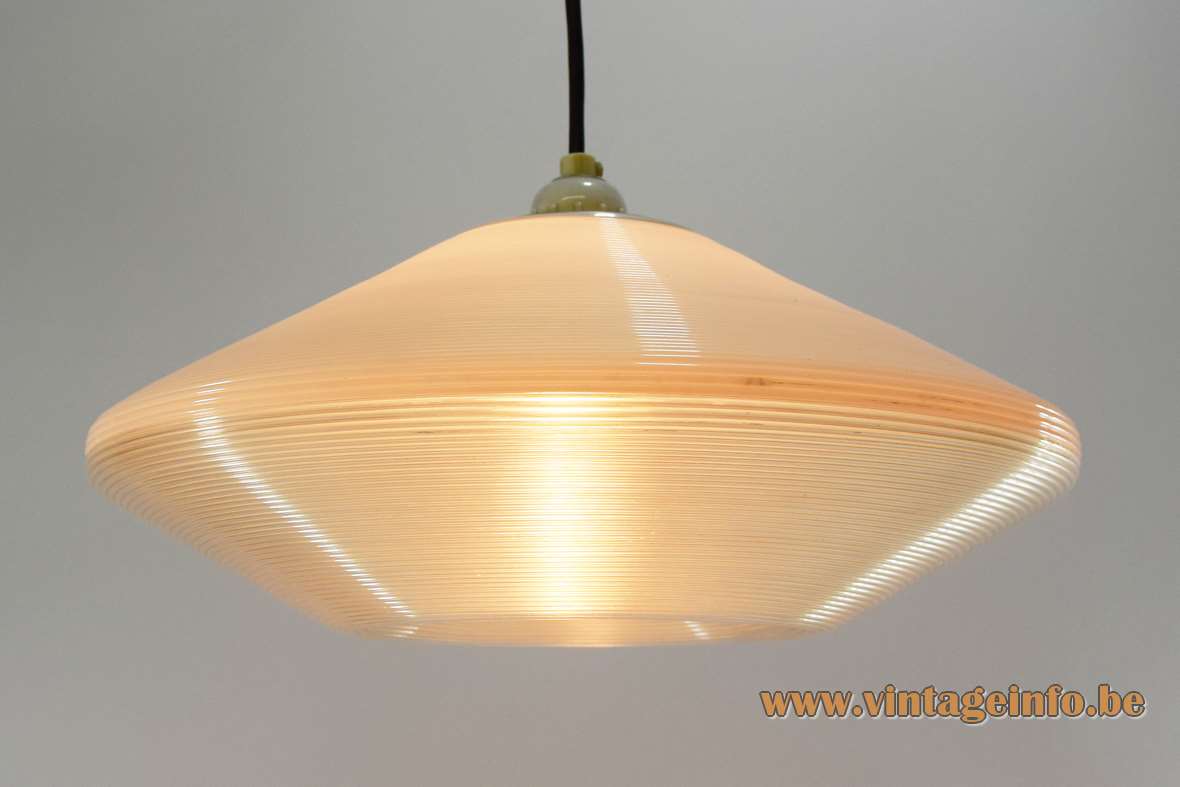 Materials: White and translucent ribbed Rotaflex (cellulose acetate). The upper half is white. Made of a long tube of plastic glued together. Aluminium and some plastic parts. White painted Bakelite E27 socket.

Other versions: This Rotaflex UFO pendant lamp exists in several colours, sizes and models, as you can see below.

Cellulose acetate is an early plastic, sold under the trade names Rhodoïd in France and Great Britain, Tenite in the USA and Cellon in Germany. It was first prepared in 1865. Cellulose acetate is used as a film base in photography, for eyeglasses, cigarette filters and playing cards.