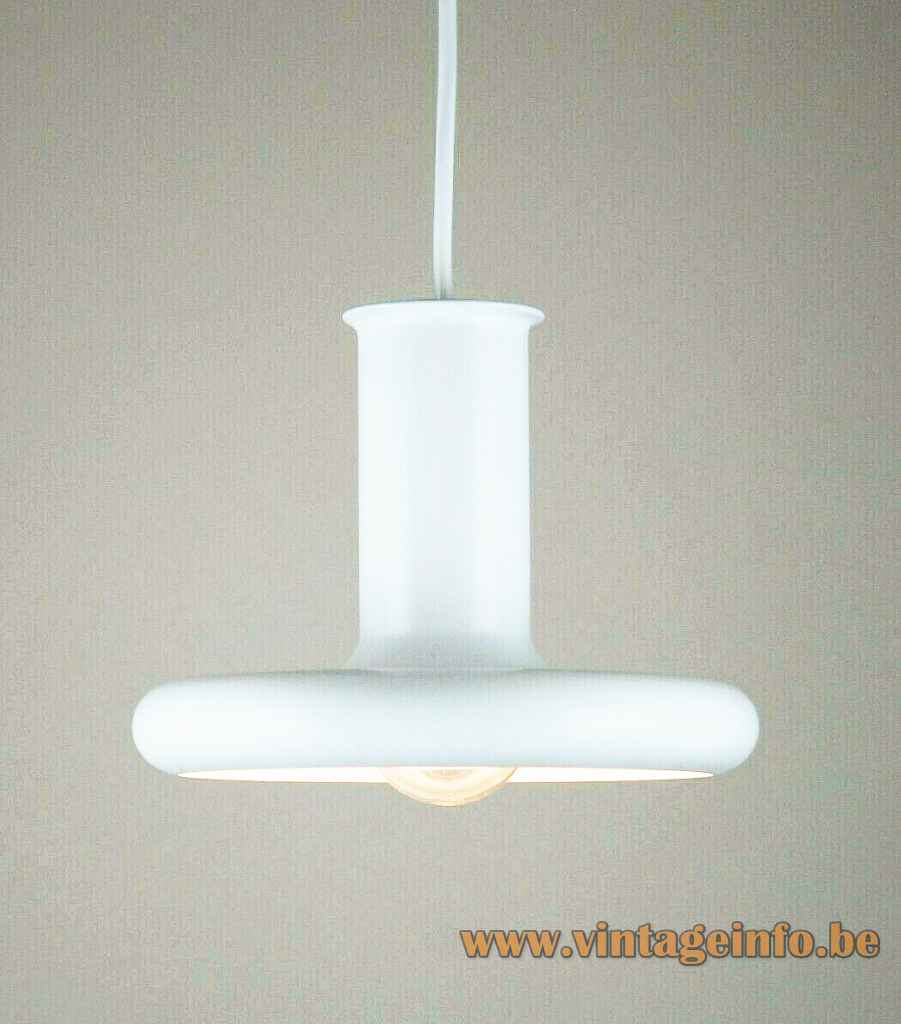 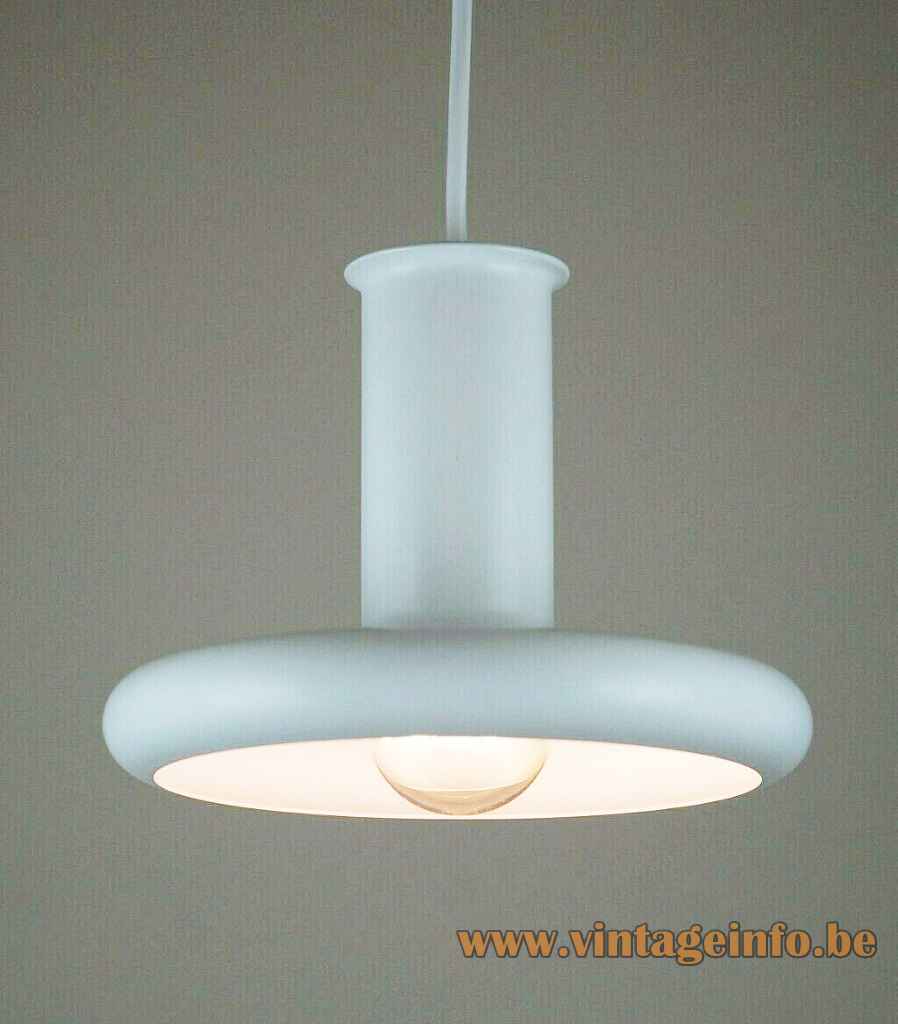 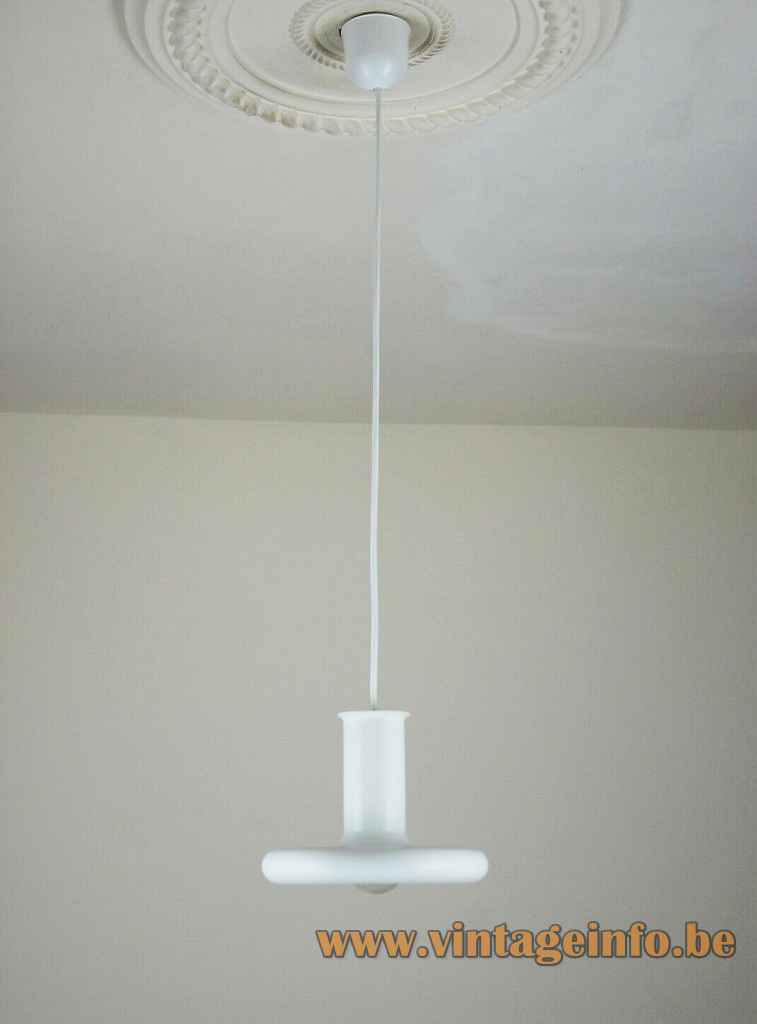 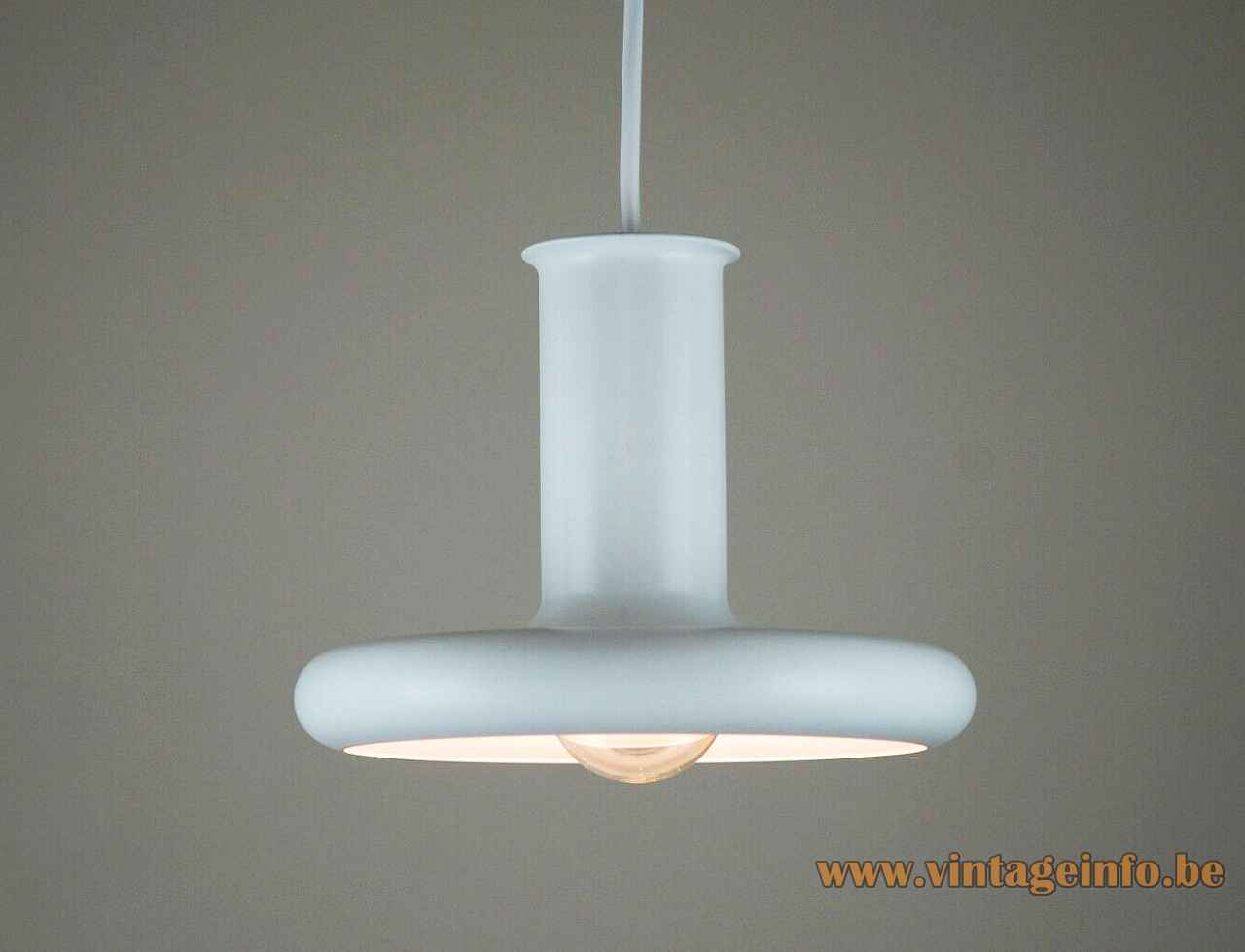 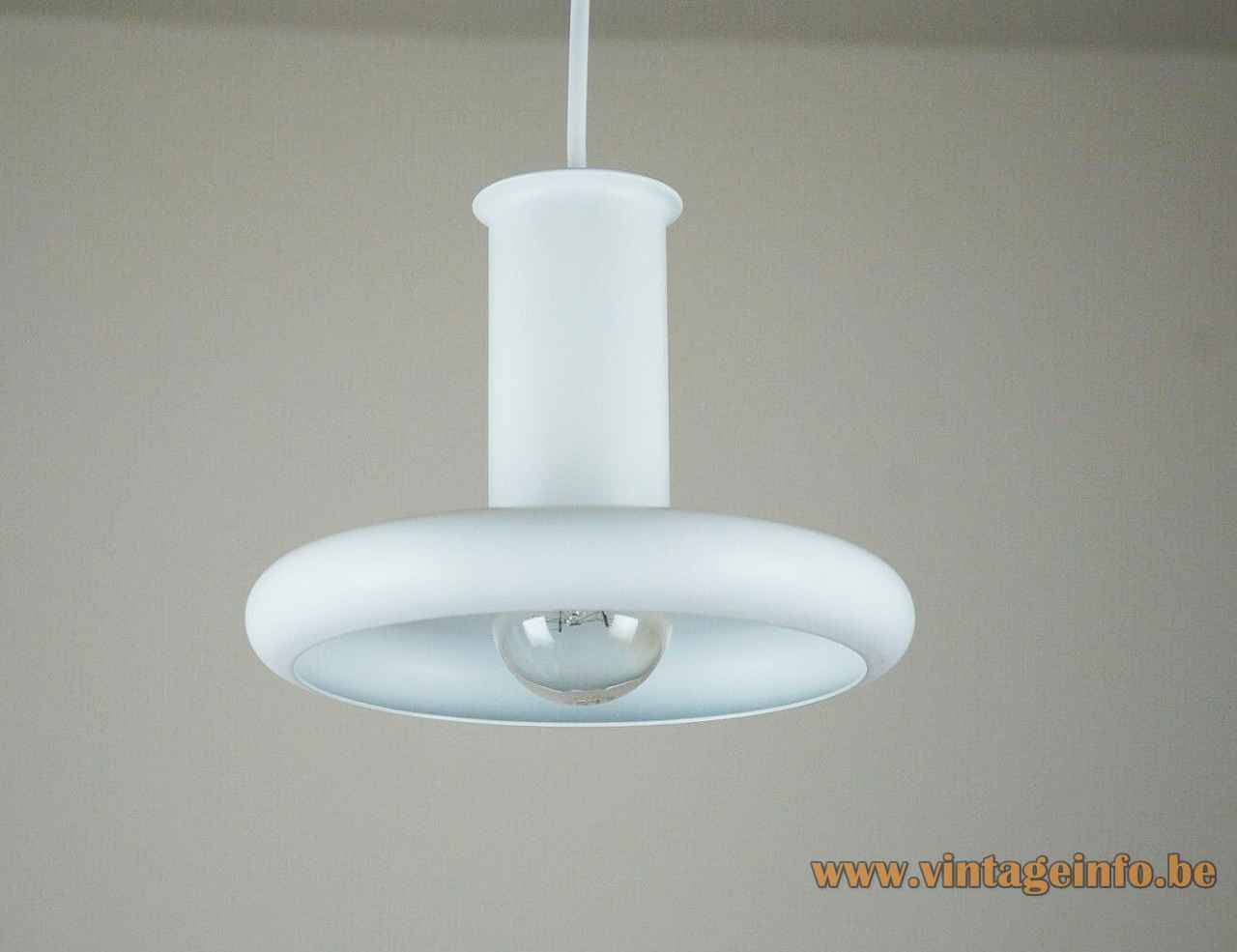 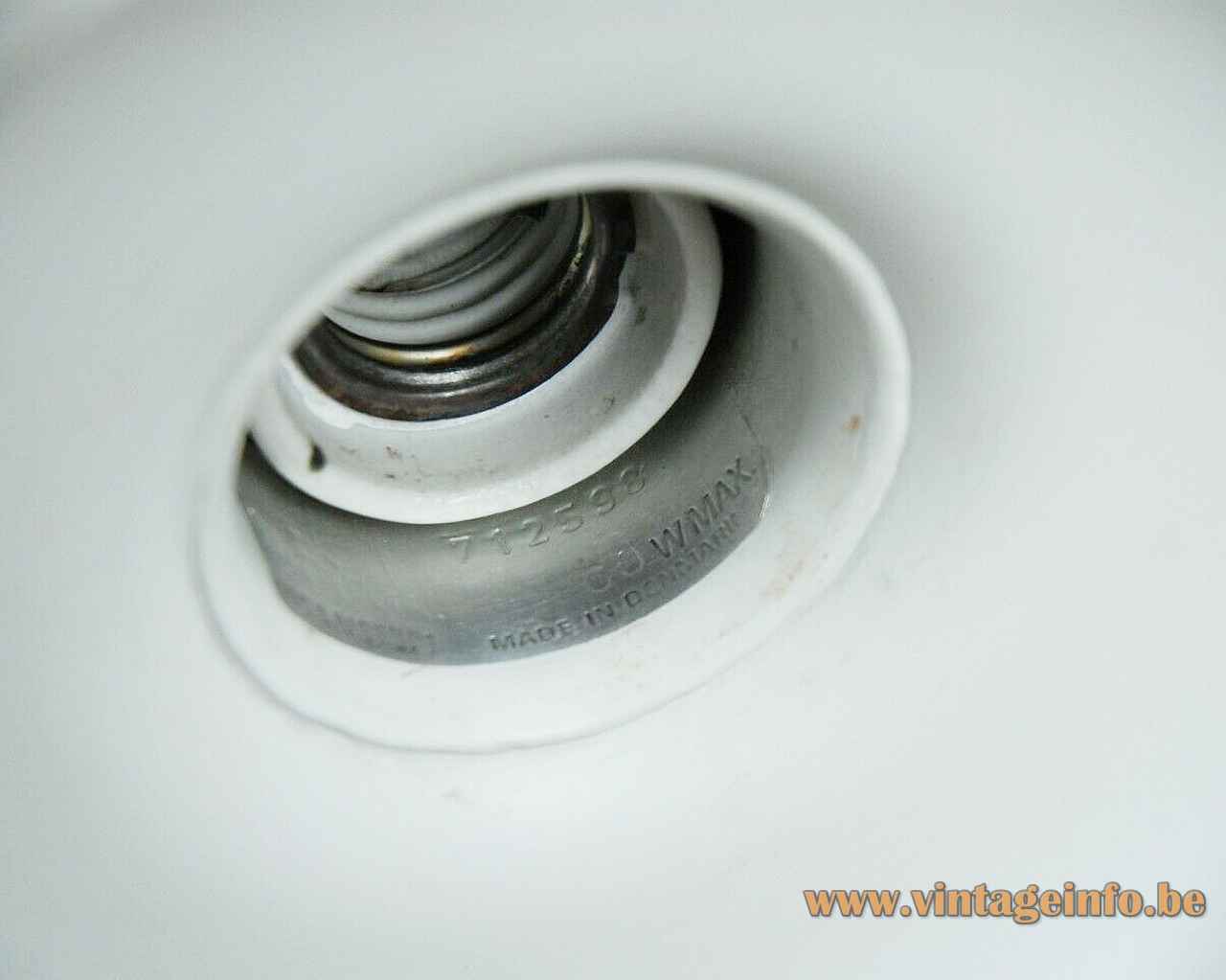 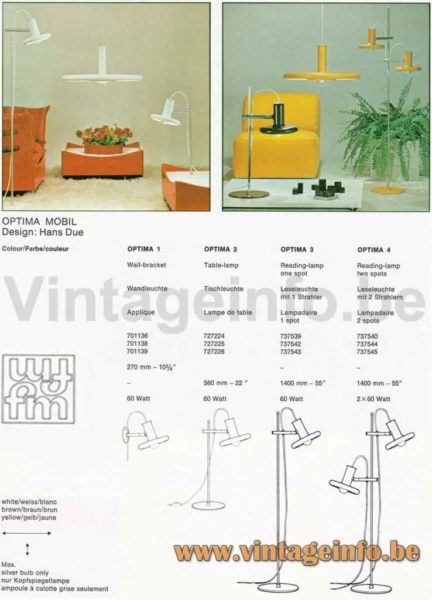 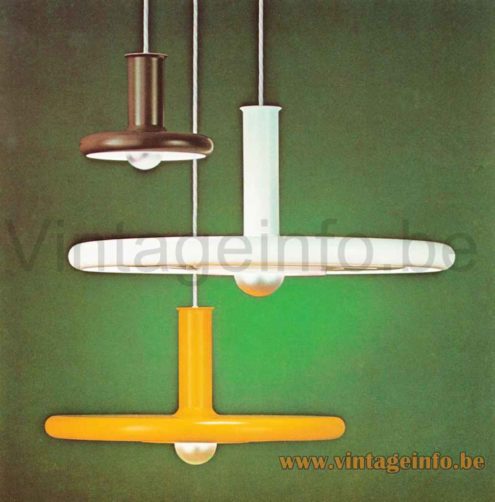 Other versions: The Hans Due Optima pendant lamp exists in 3 versions and several colours. This one is the smallest version. Also striped lamps exists. Table, wall and floor lamps were also made. A desk lamp can be found over here. The big pendant version over here.