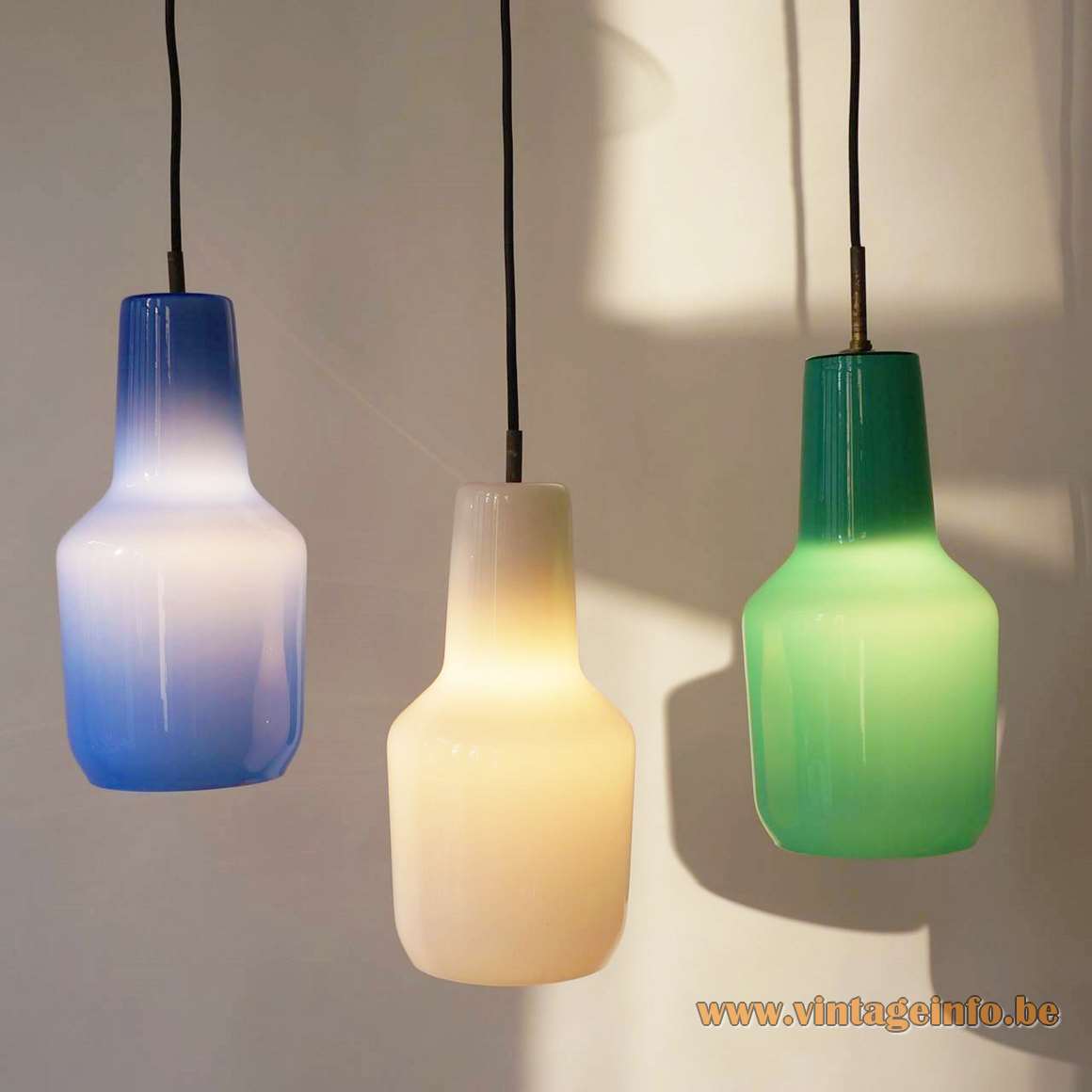 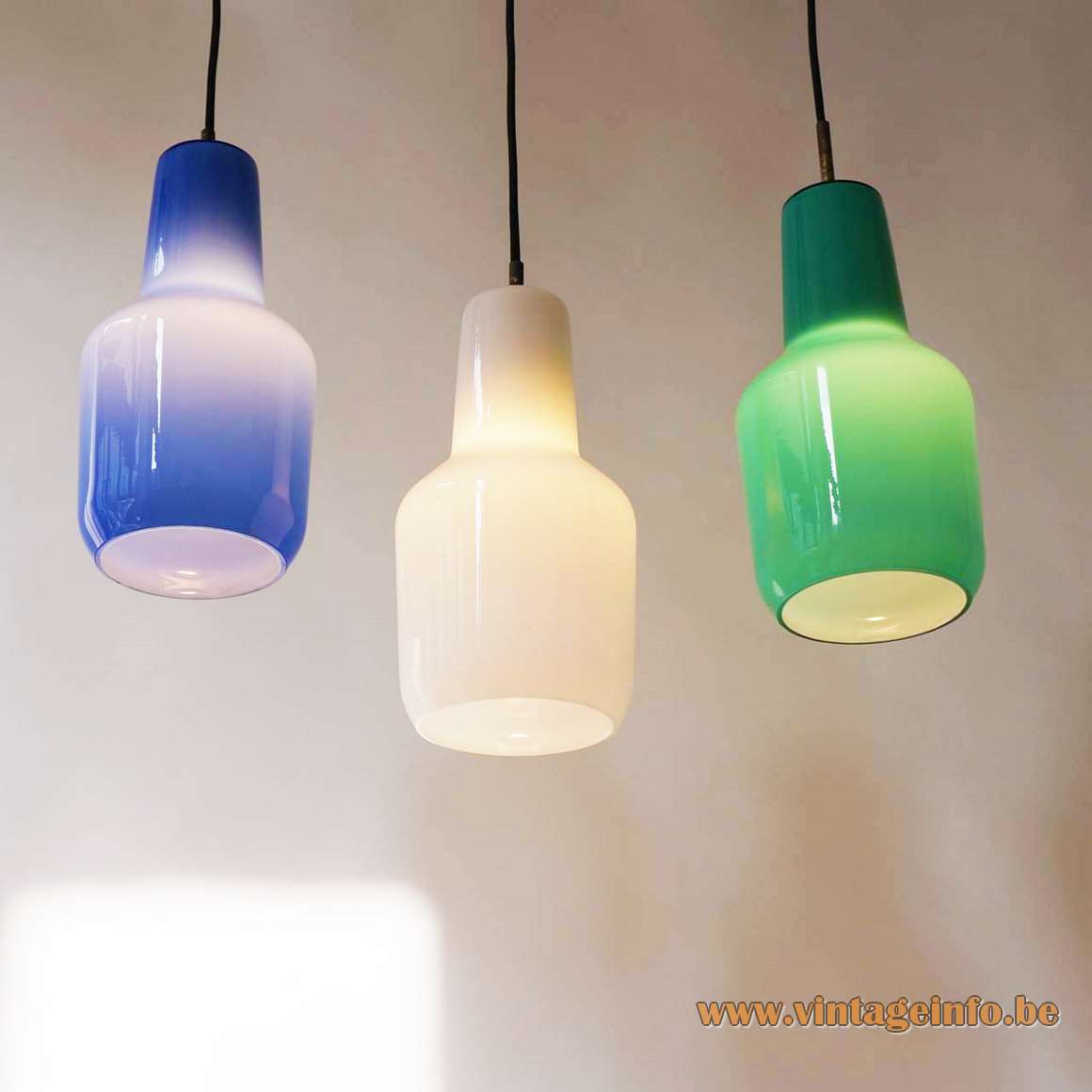 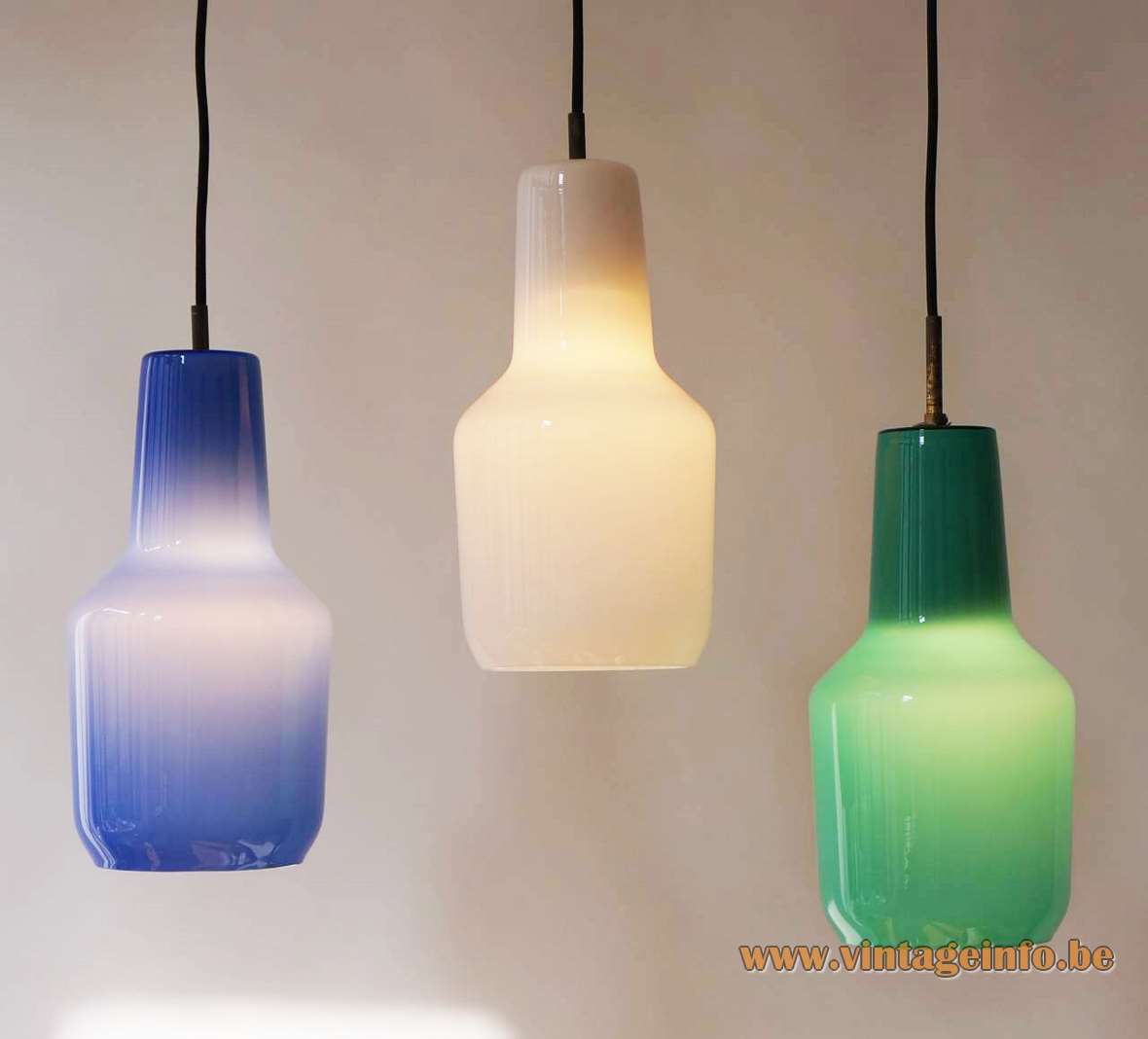 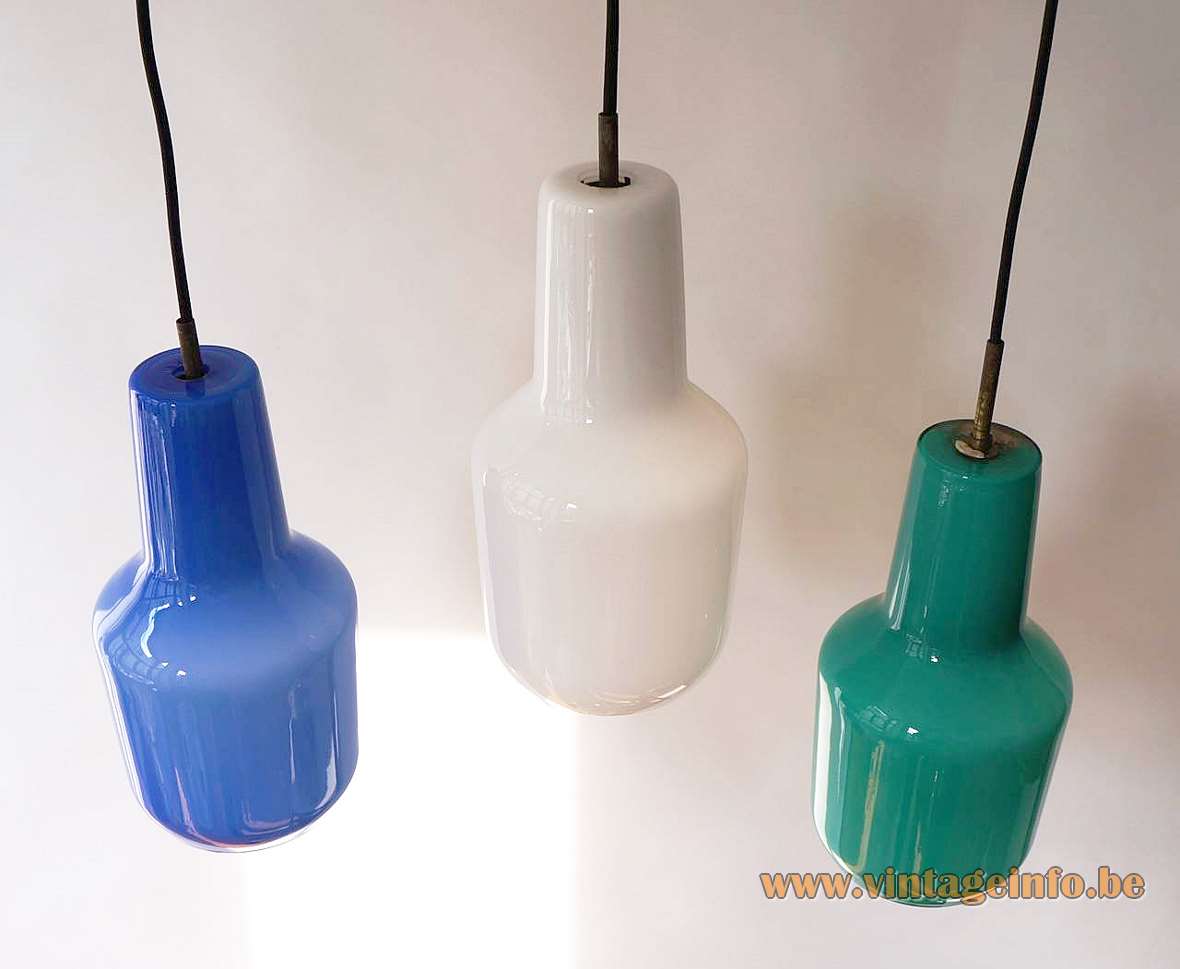 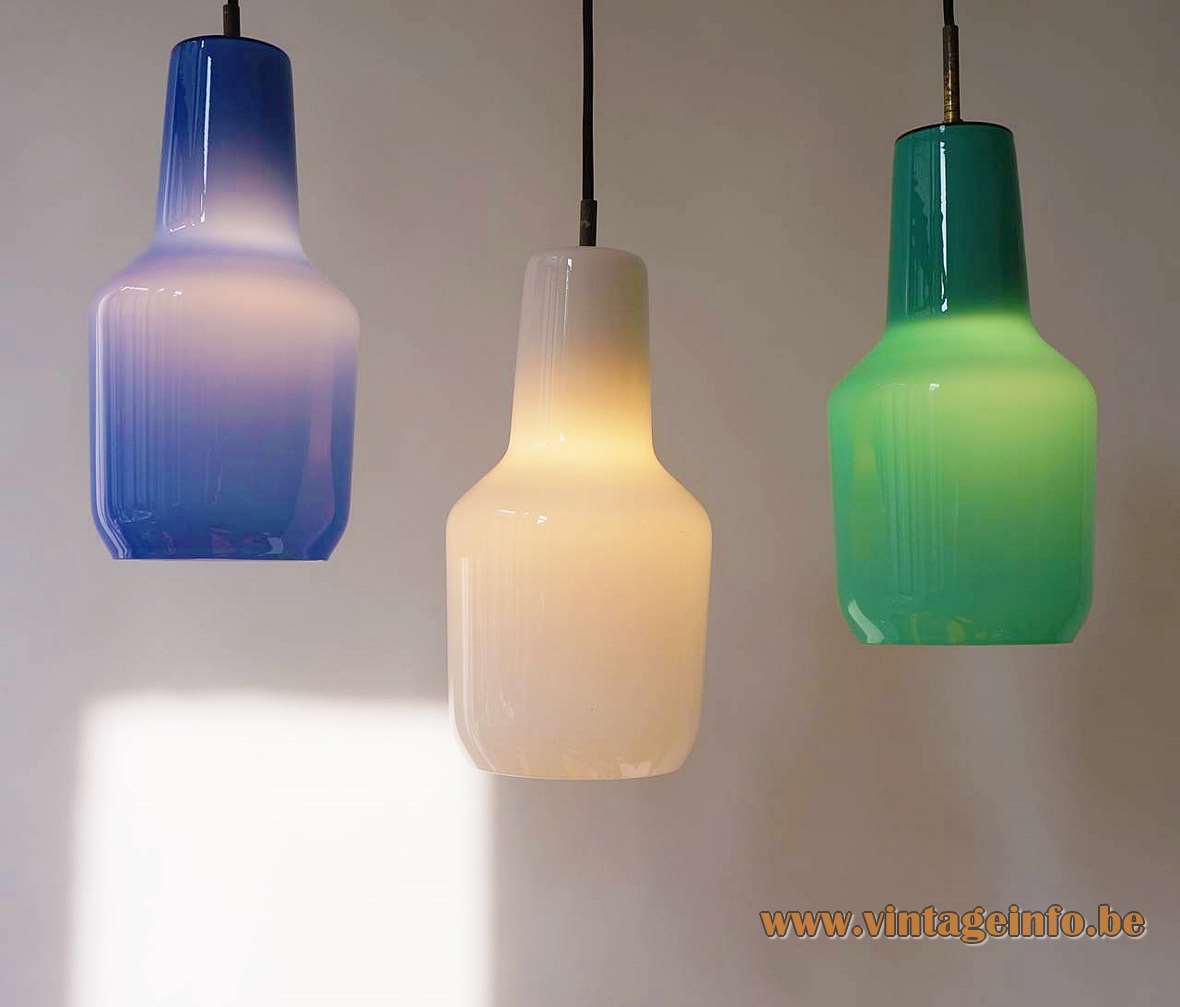 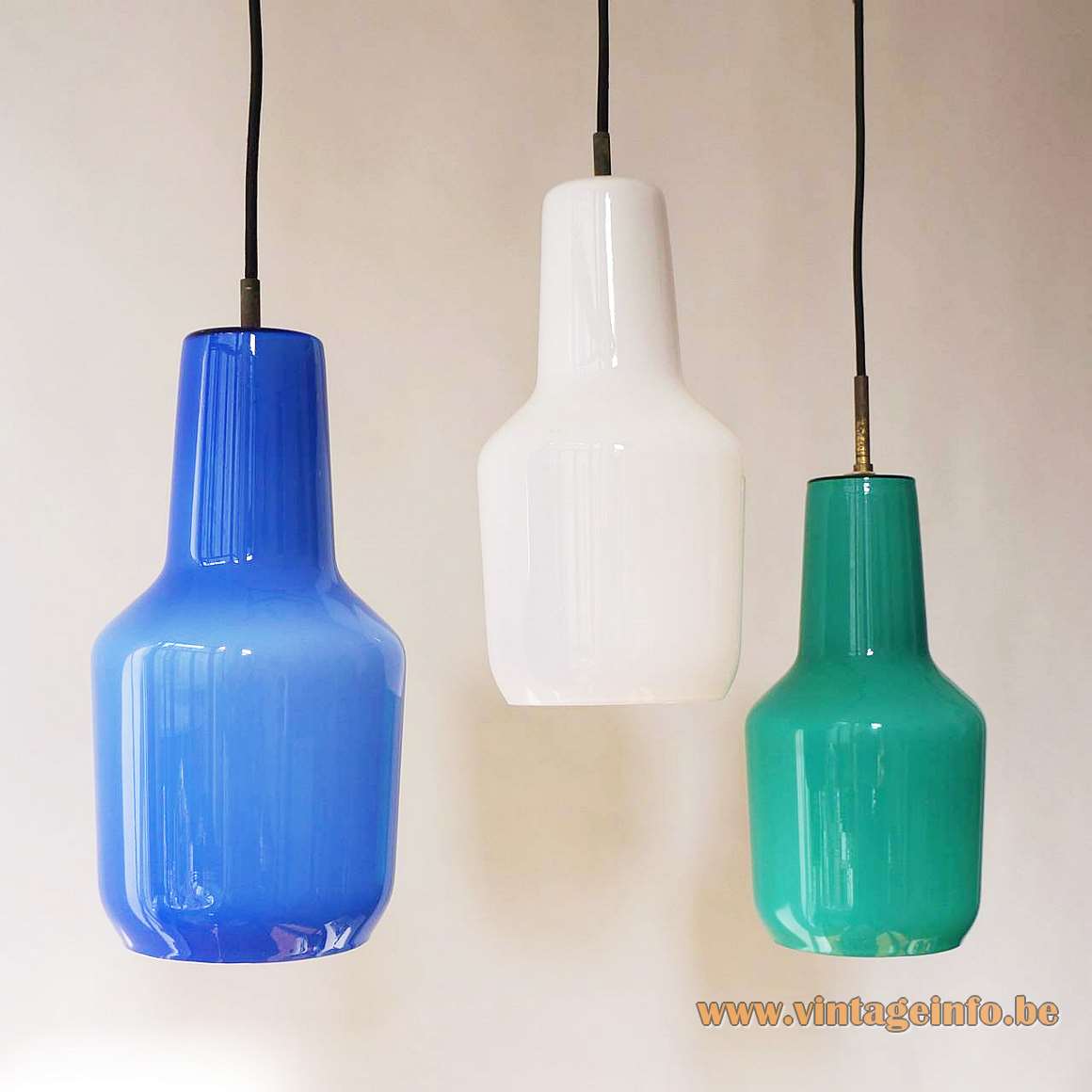 Other versions: These Massimo Vignelli Venini pendant lamps exists in several sizes and colours. An orange/yellow slightly bigger version can be found here on Vintageinfo.

This spectacular hand blown pendant lamps were designed in 1955, early in Massimo Vignelli’s career, when he lived in Venice. Venini is one of the most outstanding art glass companies on the Venetian island of Murano. None of these lamps are identical and are all handmade/blown.

The company still exists and they make the most beautiful glass art. Of course they have a distinguished shop on the San Marco Square (Piazza San Marco) in Venice.

Orange version of this lamp