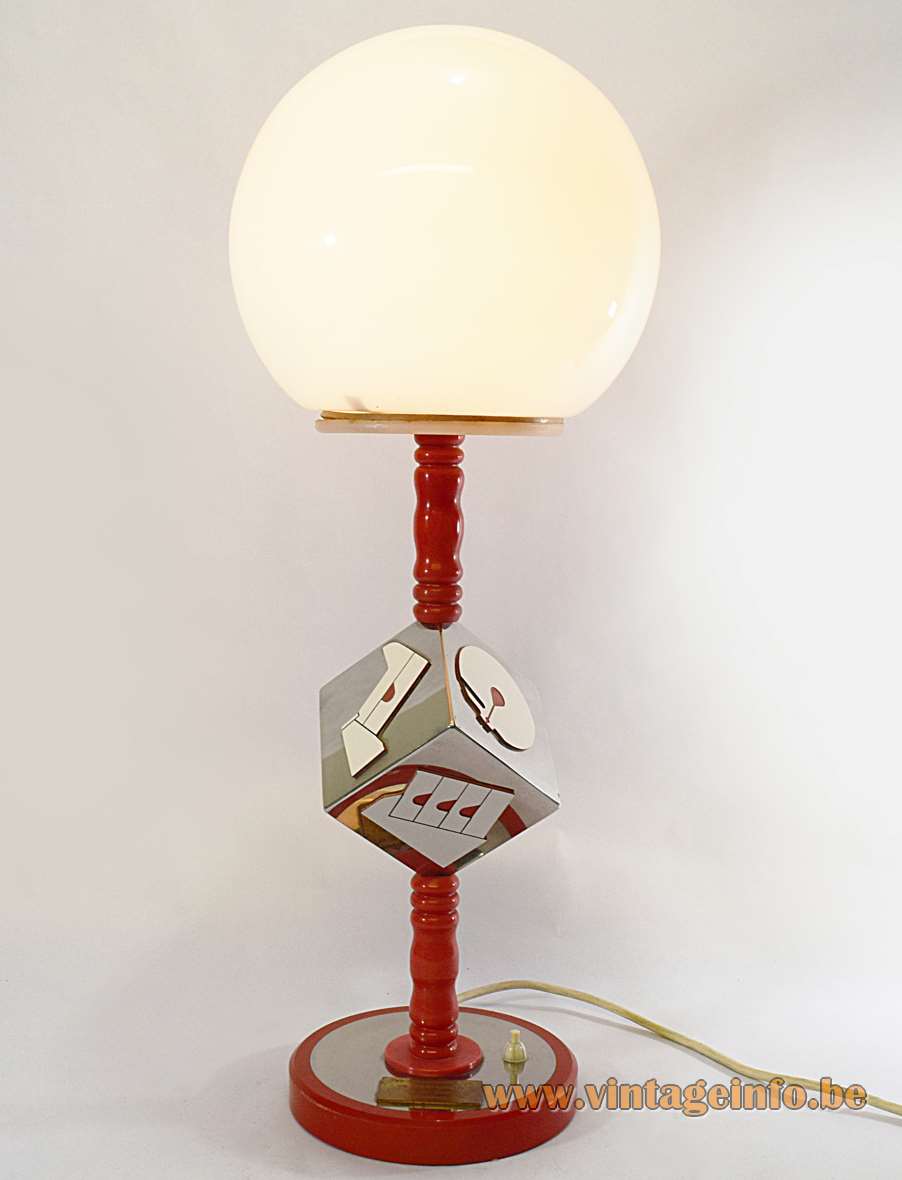 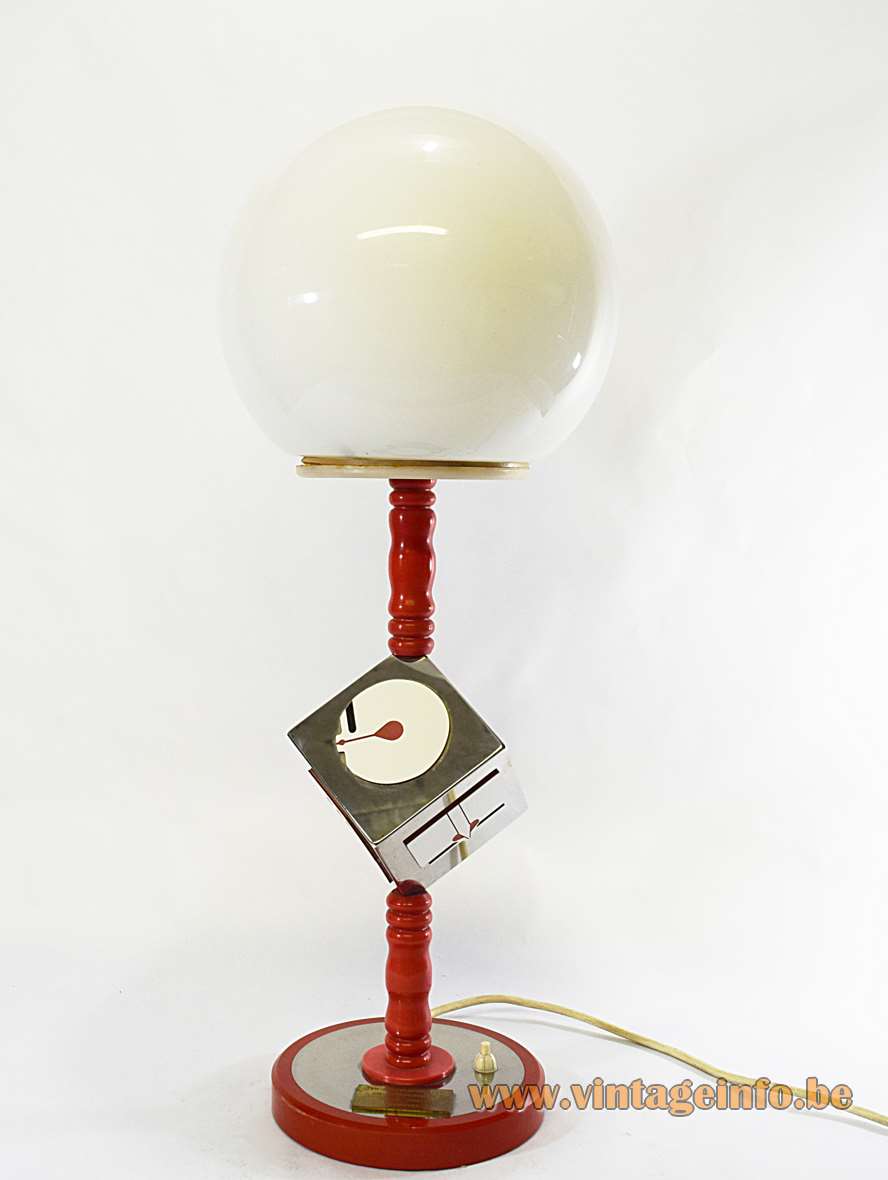 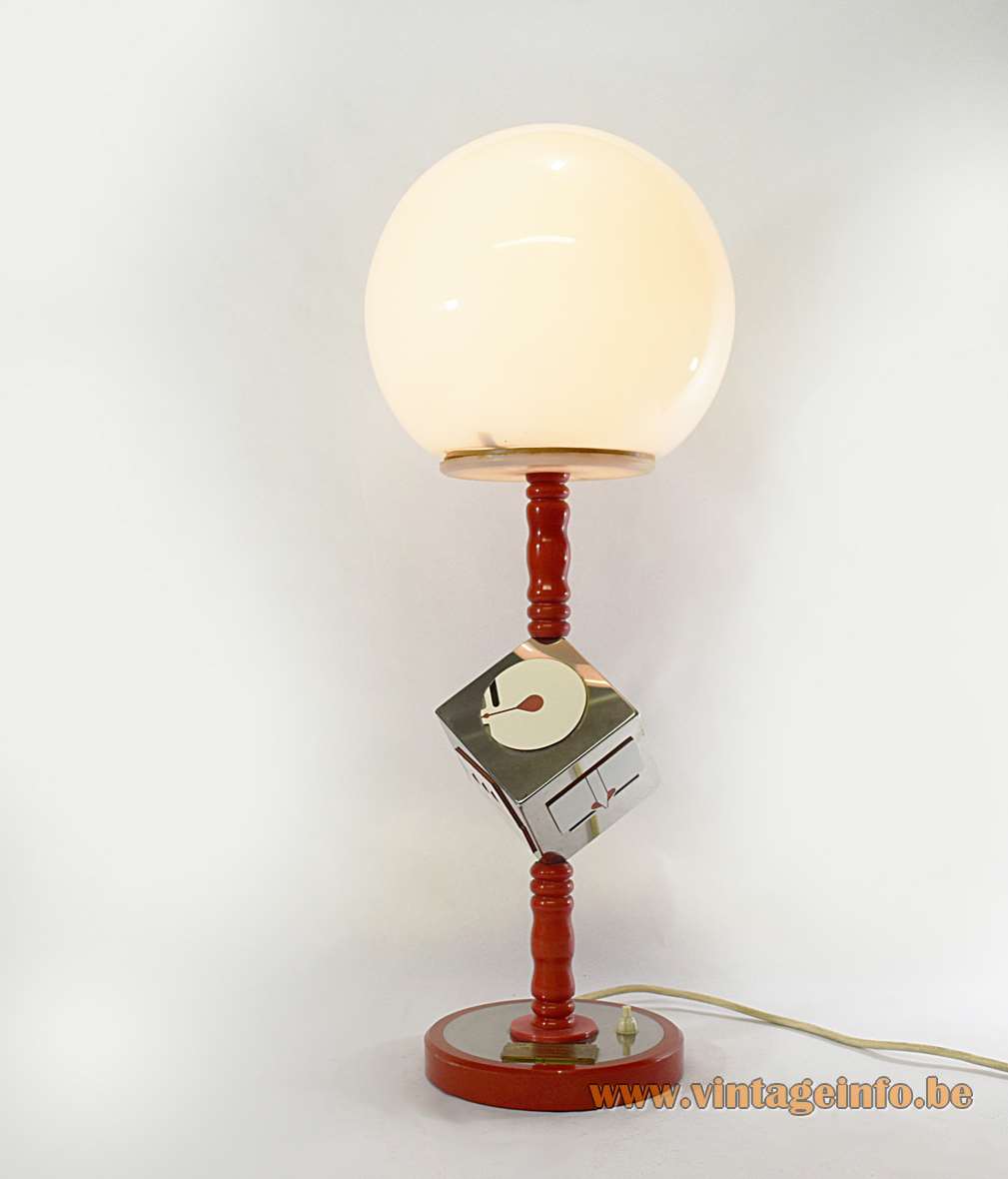 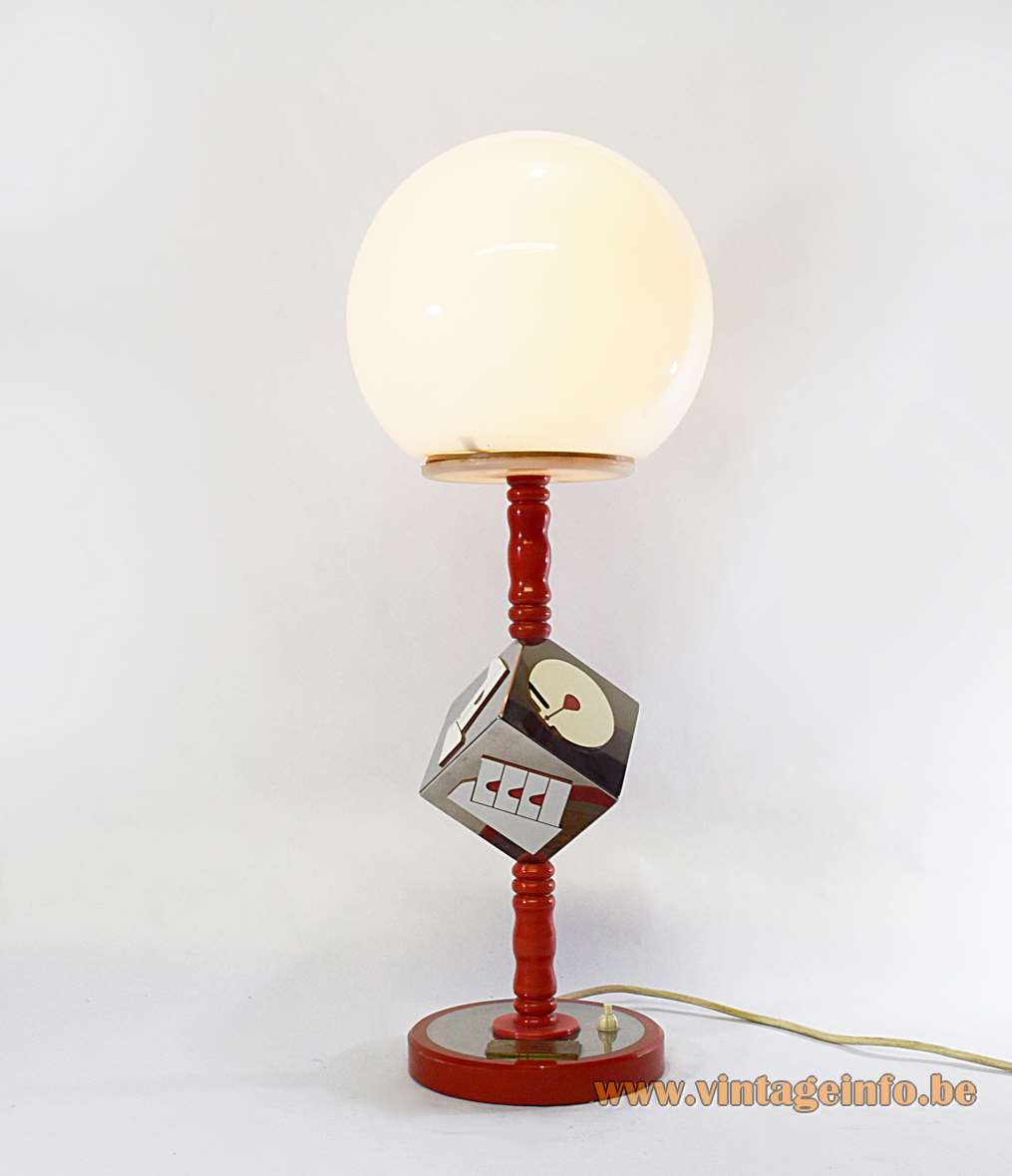 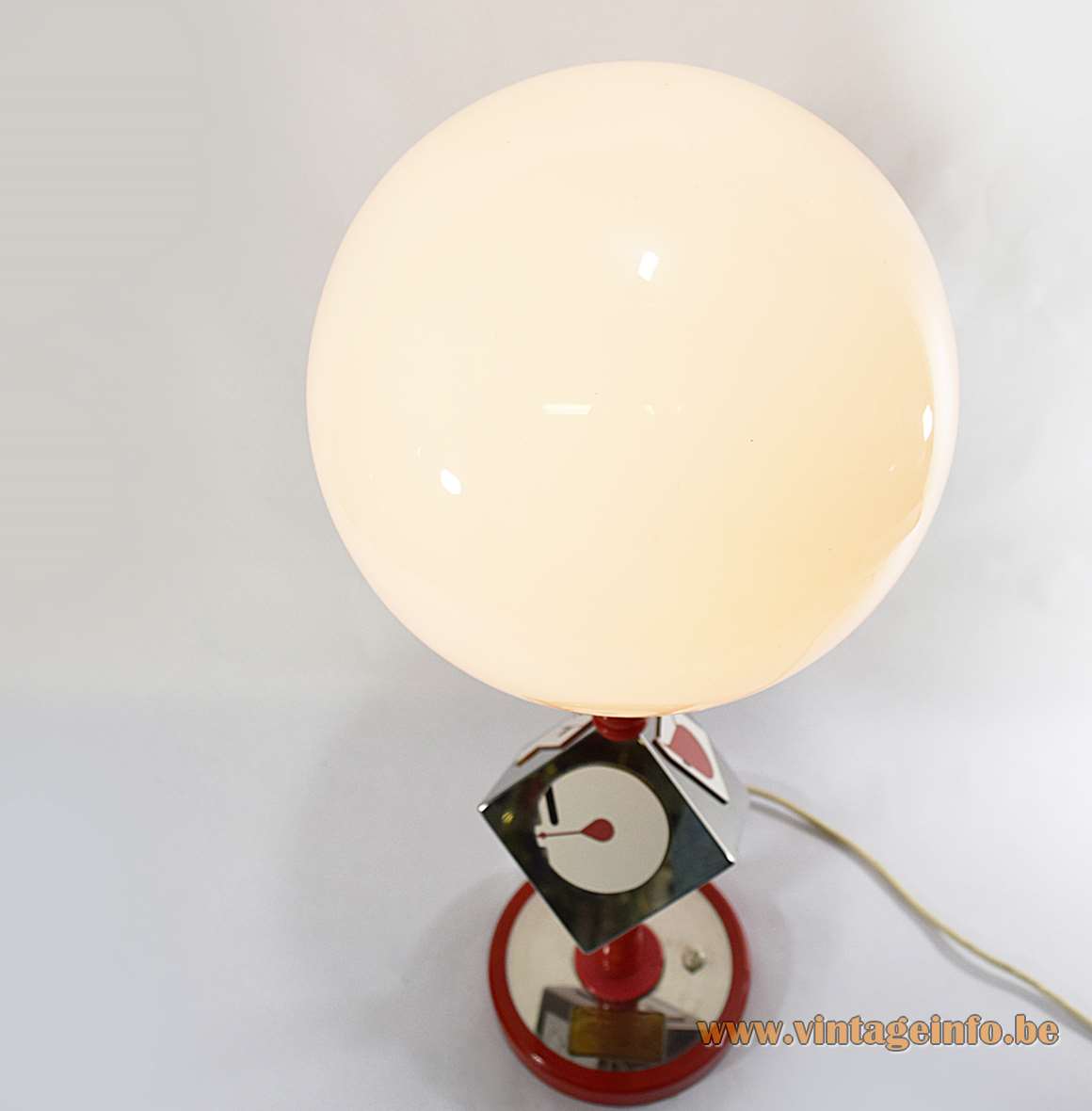 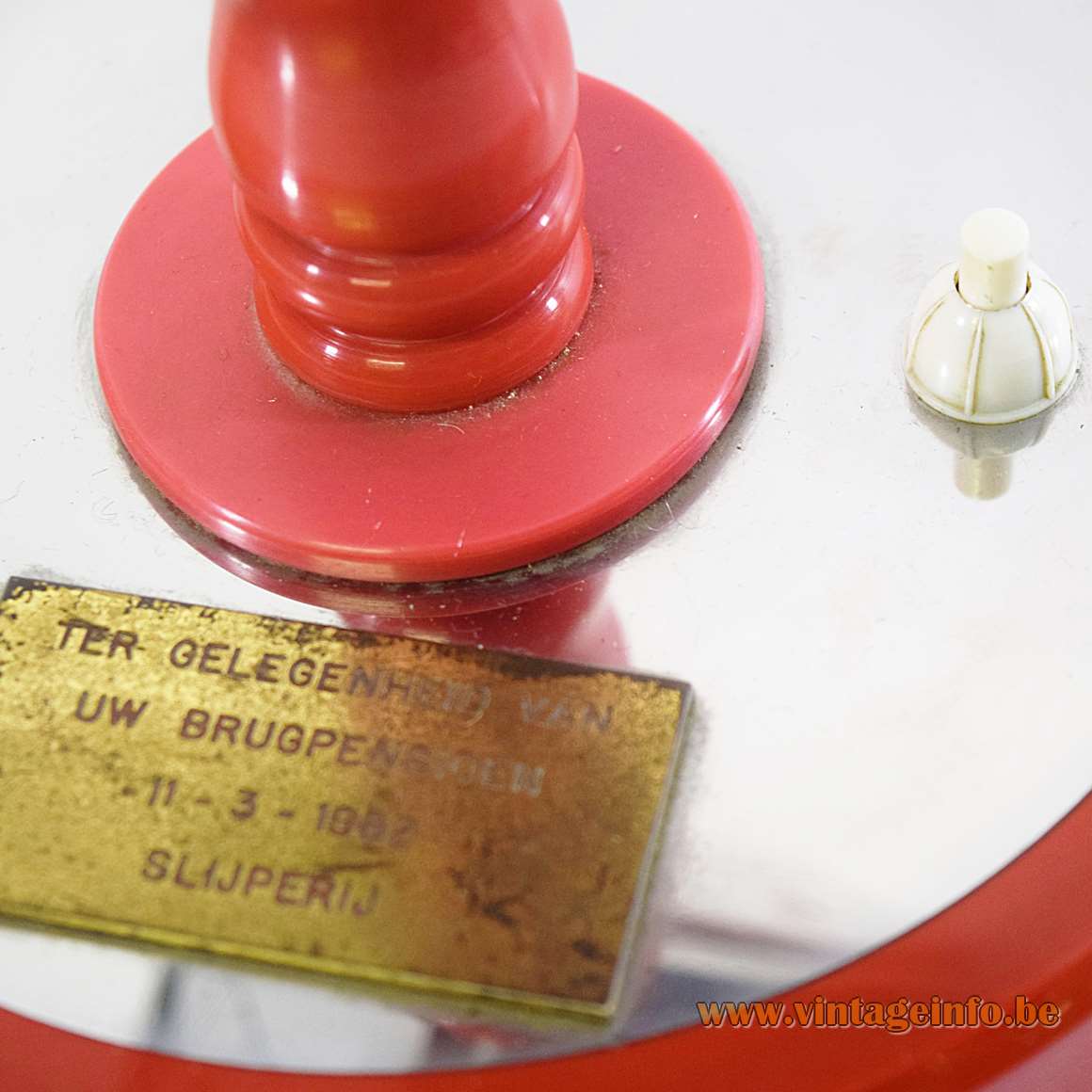 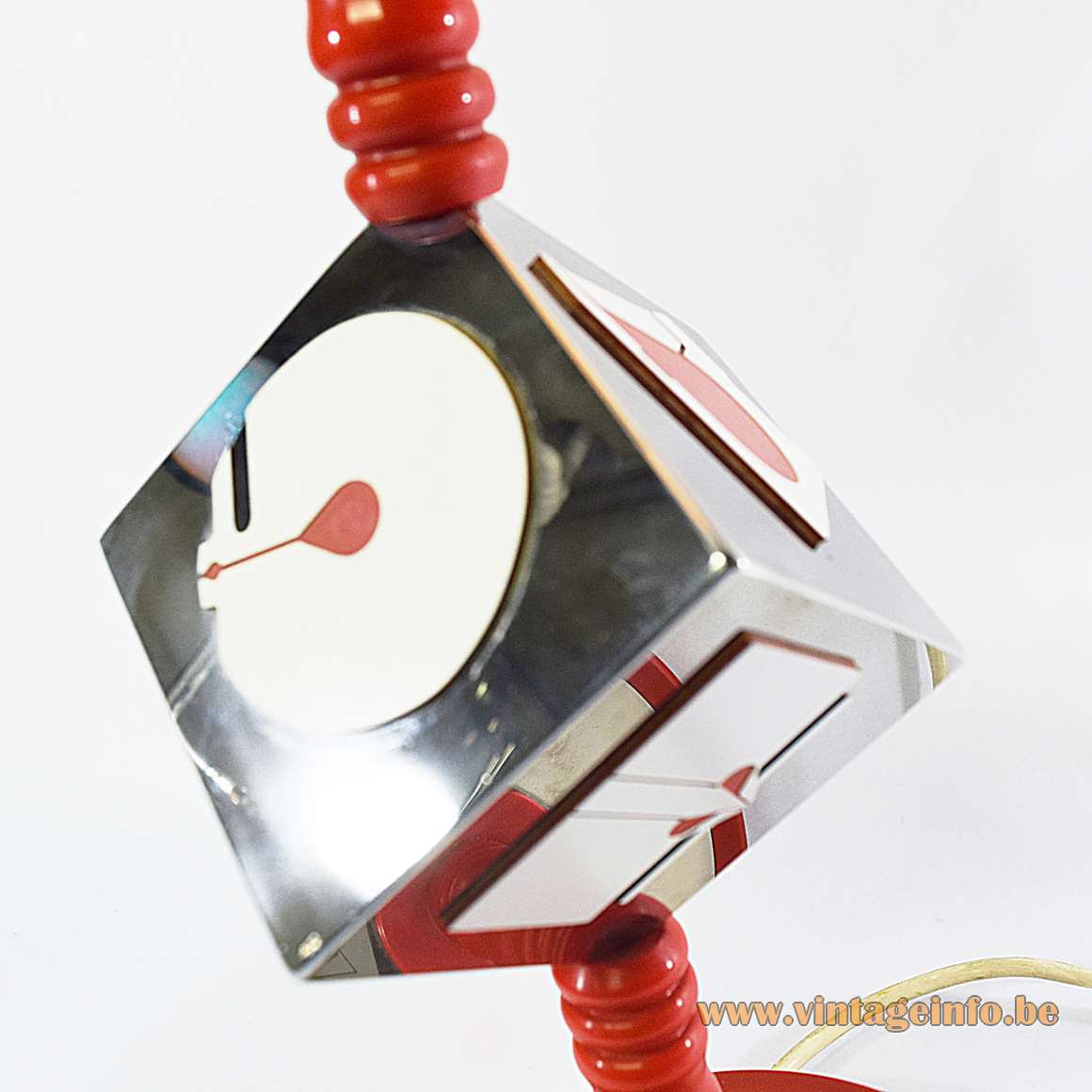 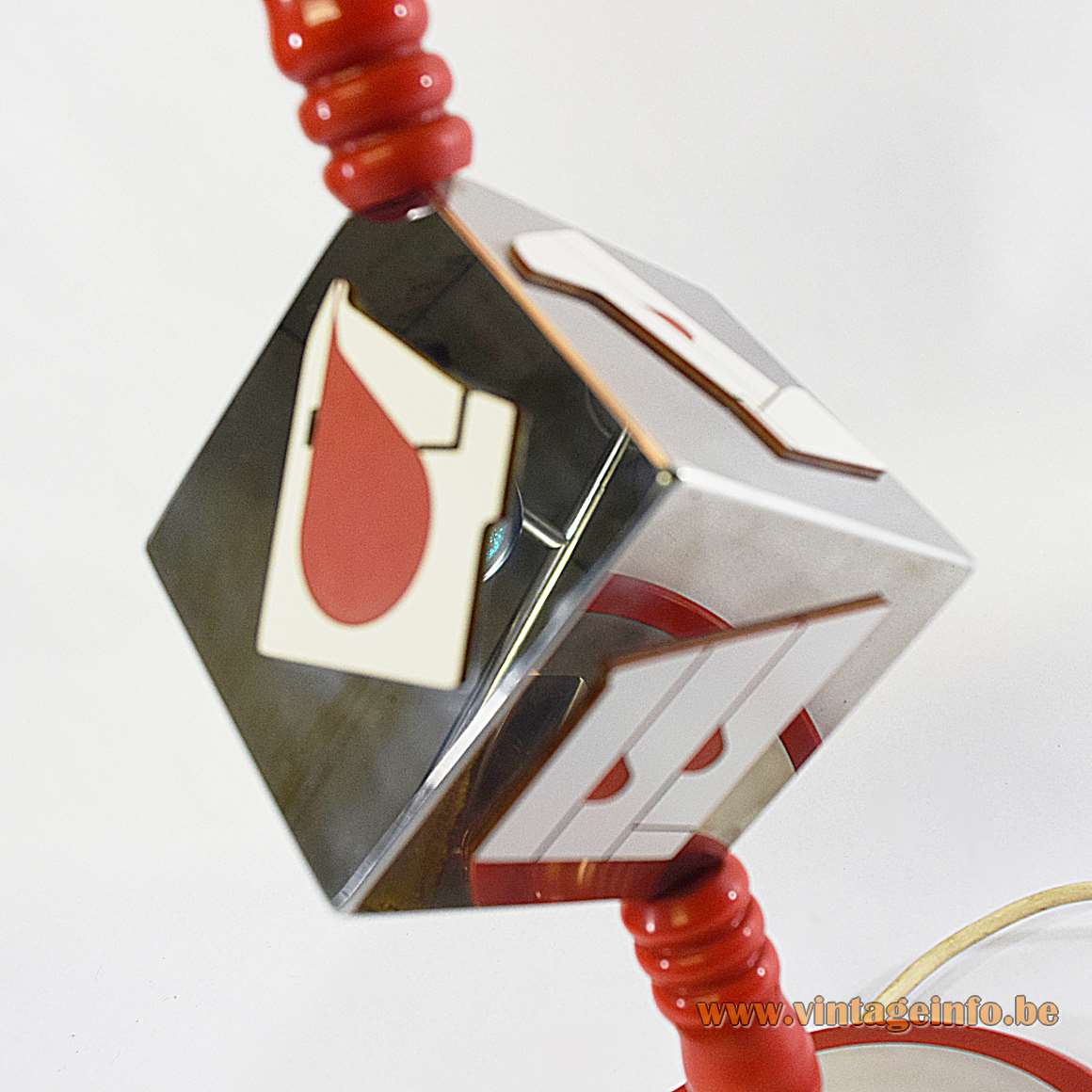 It was acquired in Antwerp, Belgium, one of the biggest centers of the diamond business in the world.

The engraving says 1982, but the electric parts that are used are much older. The socket and switch are from the 1950s or early 1960s and were made by VLM Components from Buccinasco, near Milan in Italy. The company is famous for the switches they produce since 1968 that were designed by Achille Castiglioni. 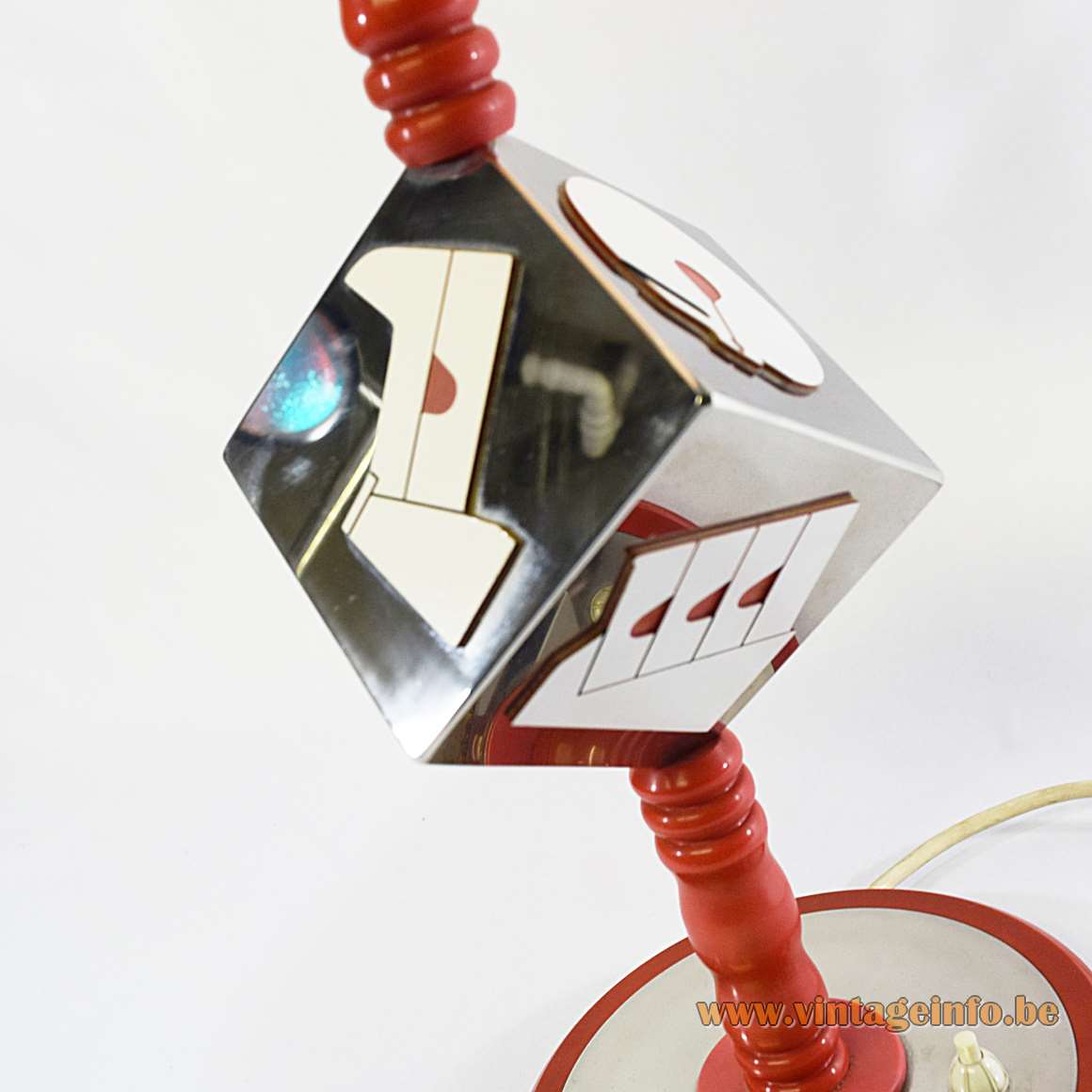 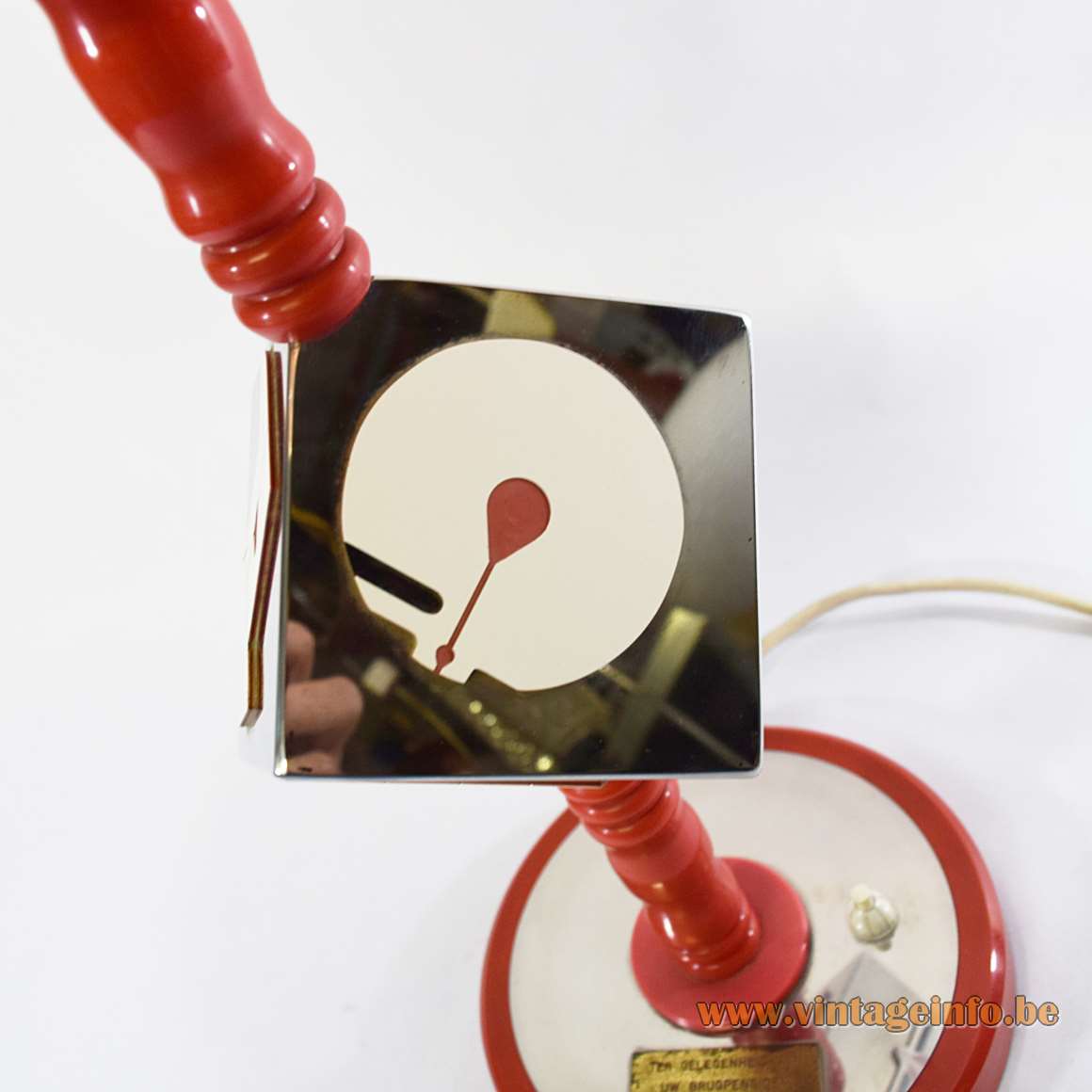 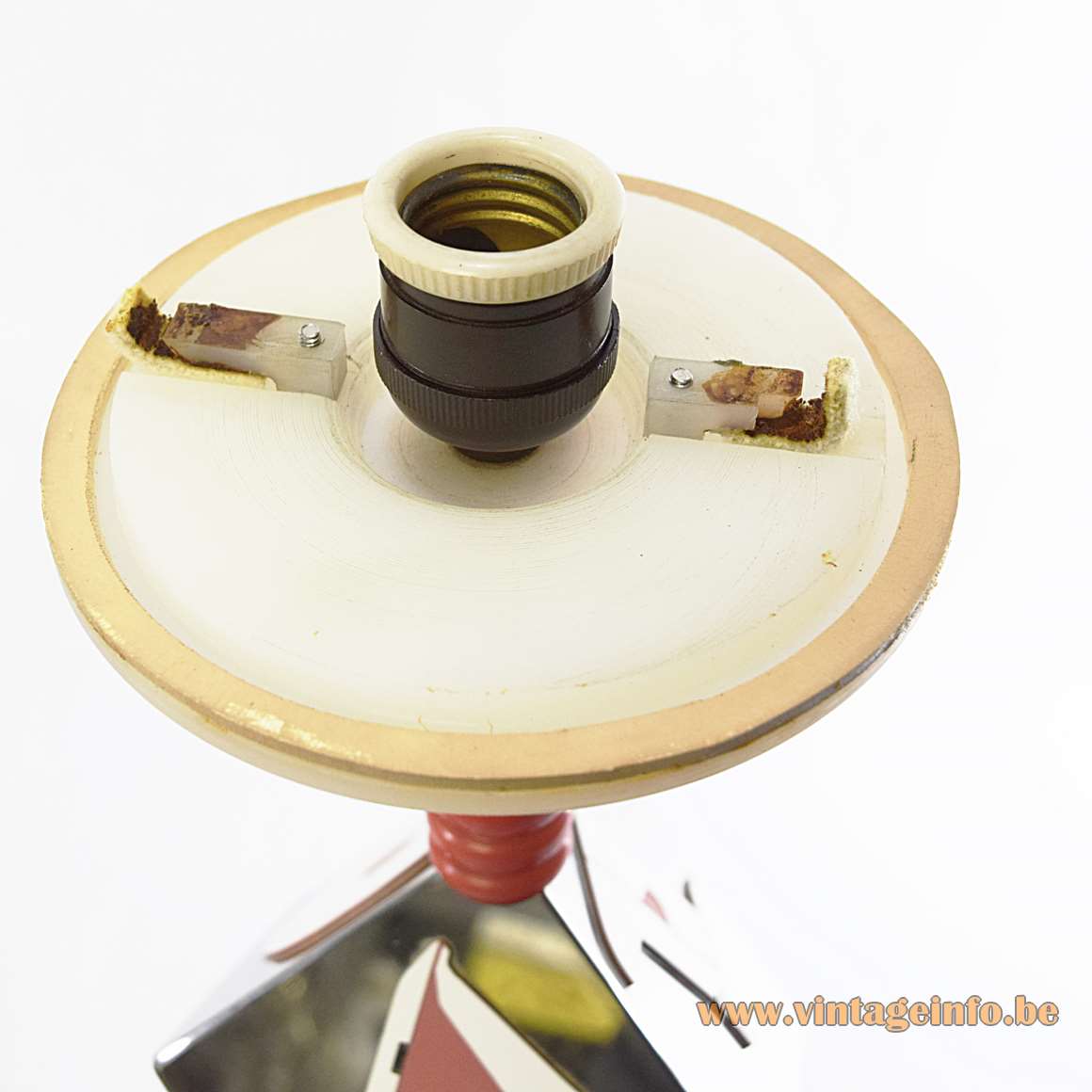 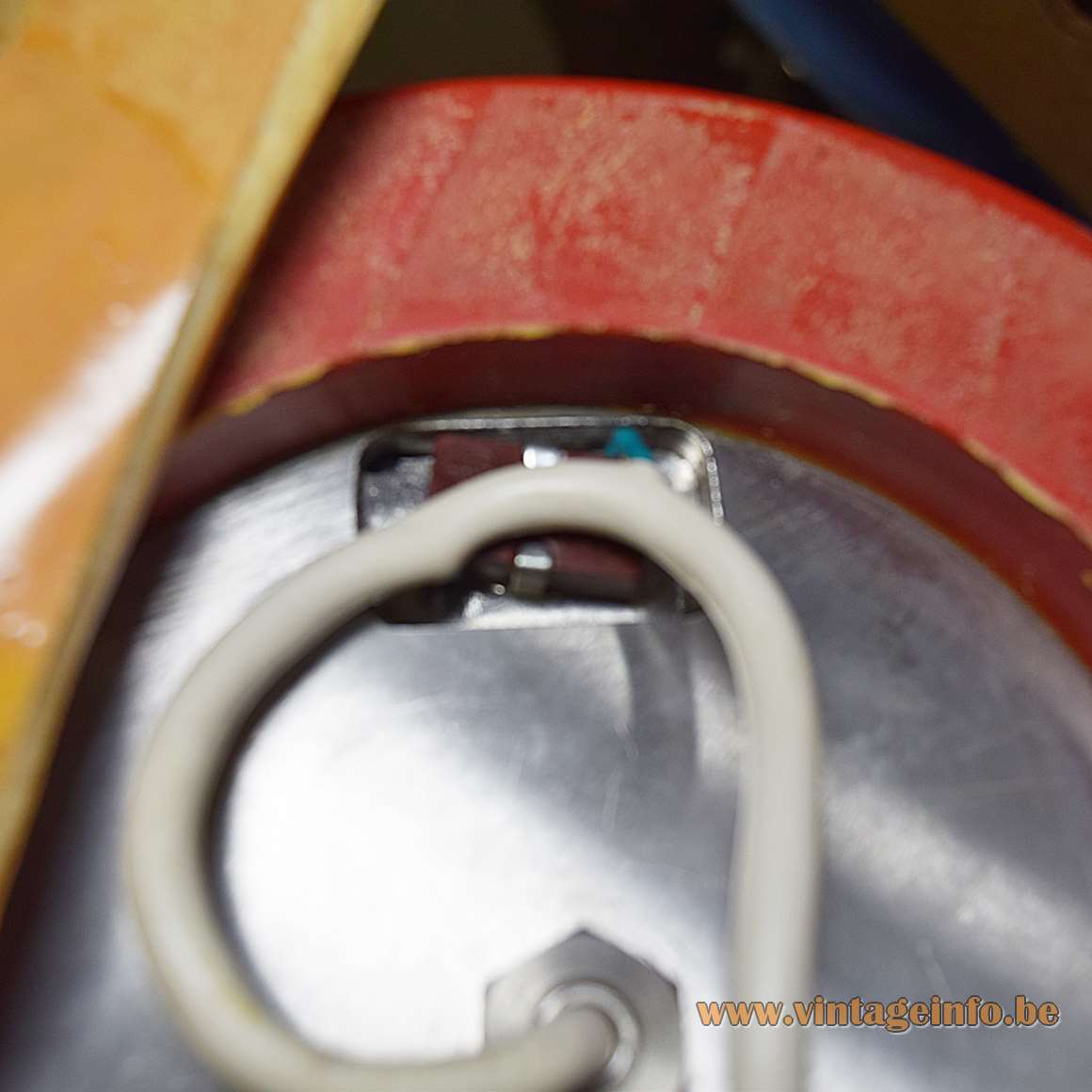 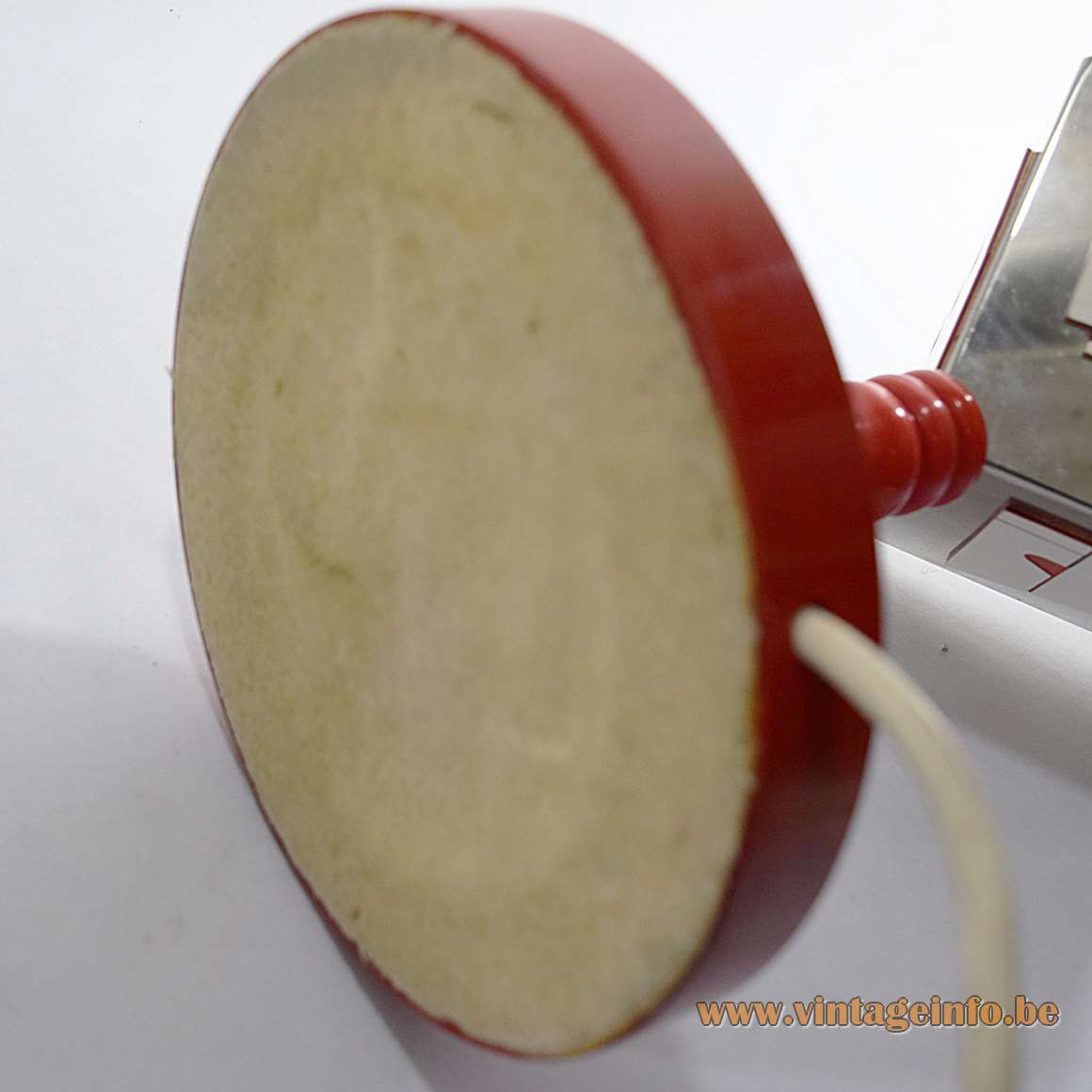