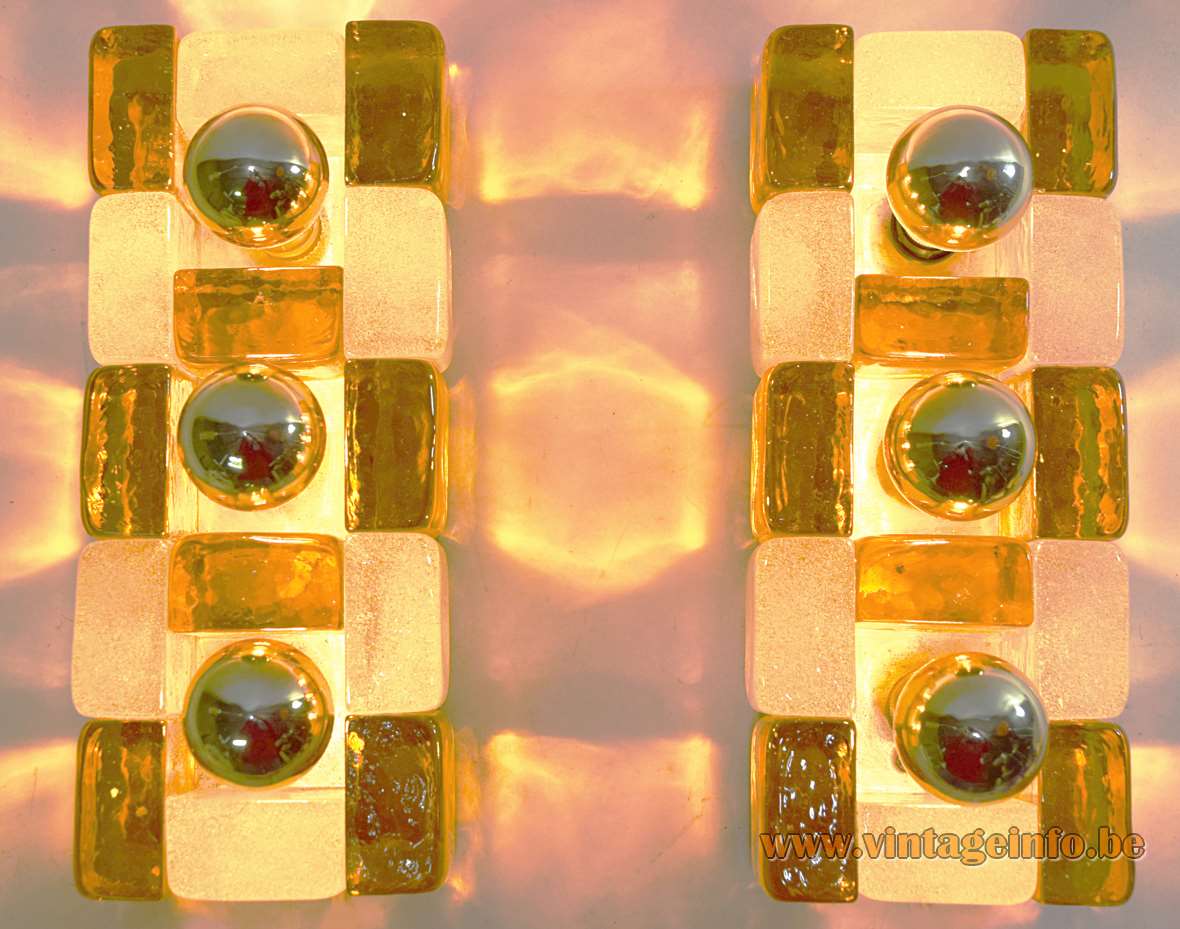 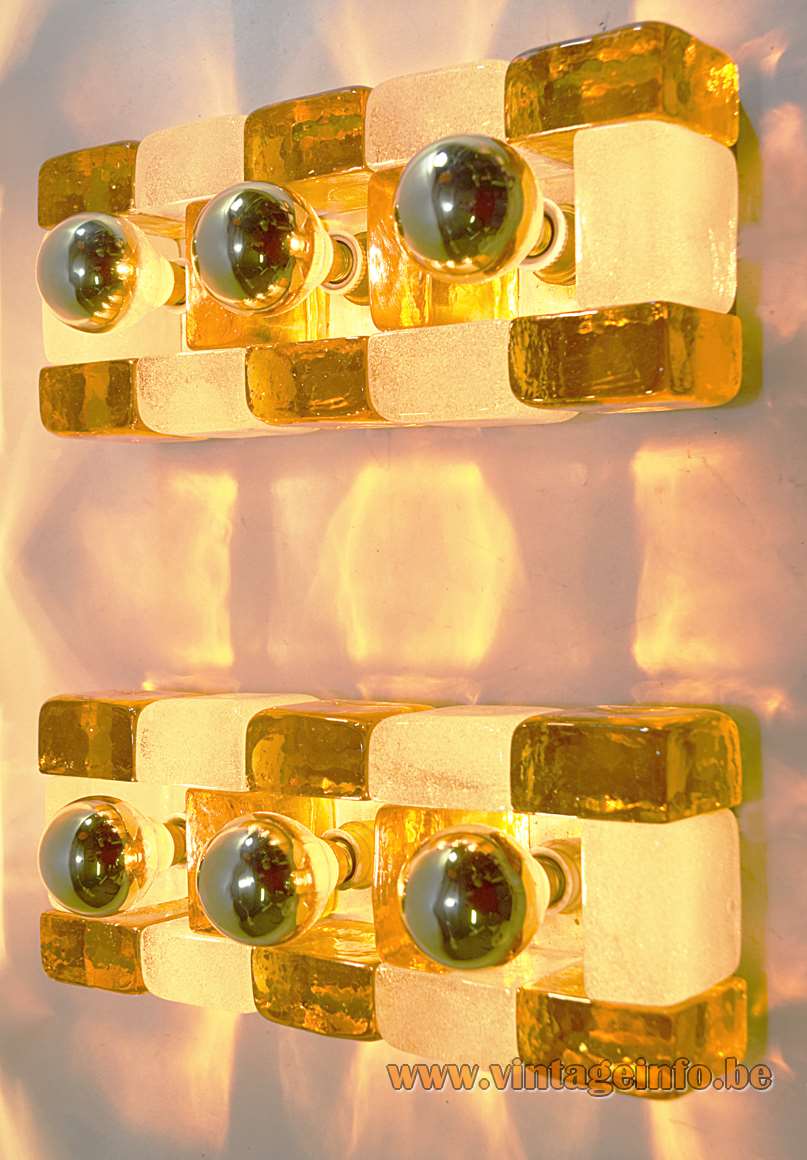 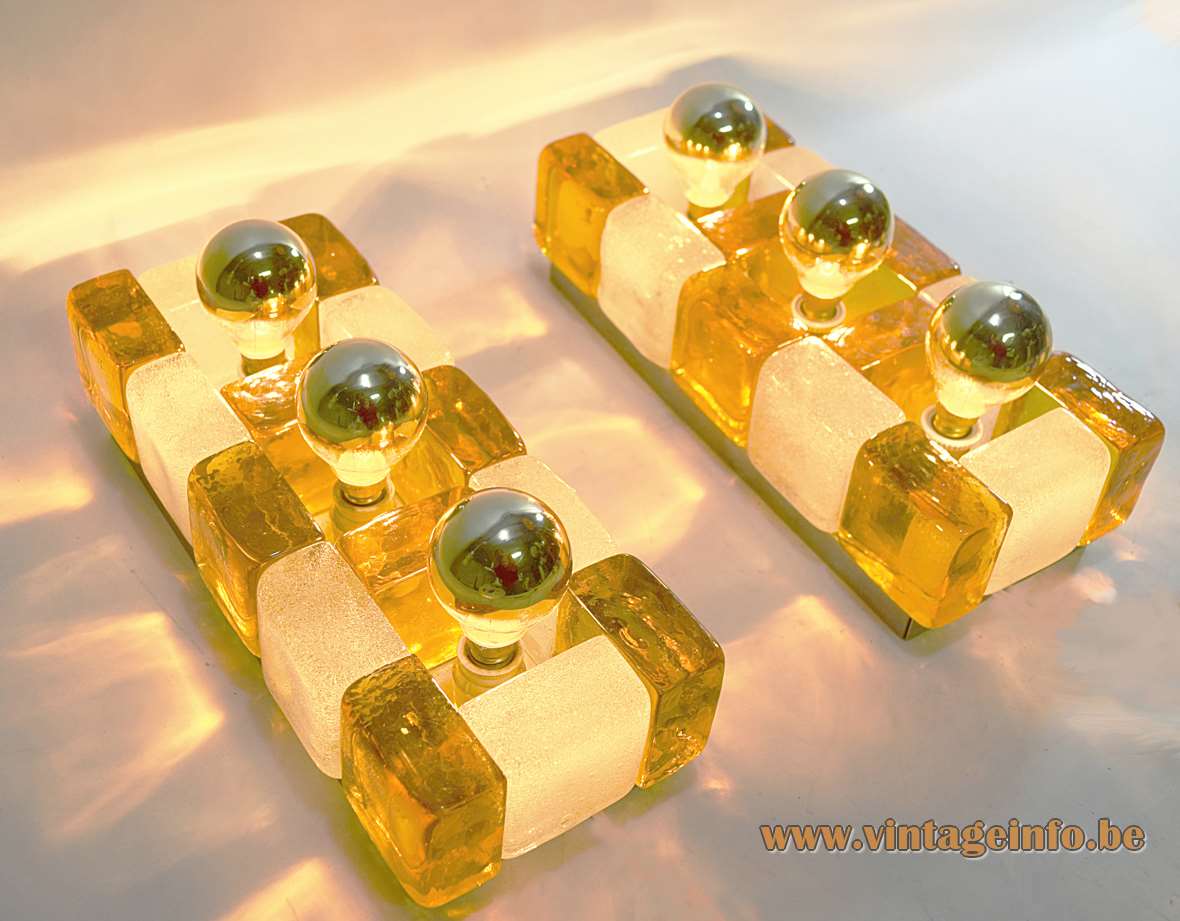 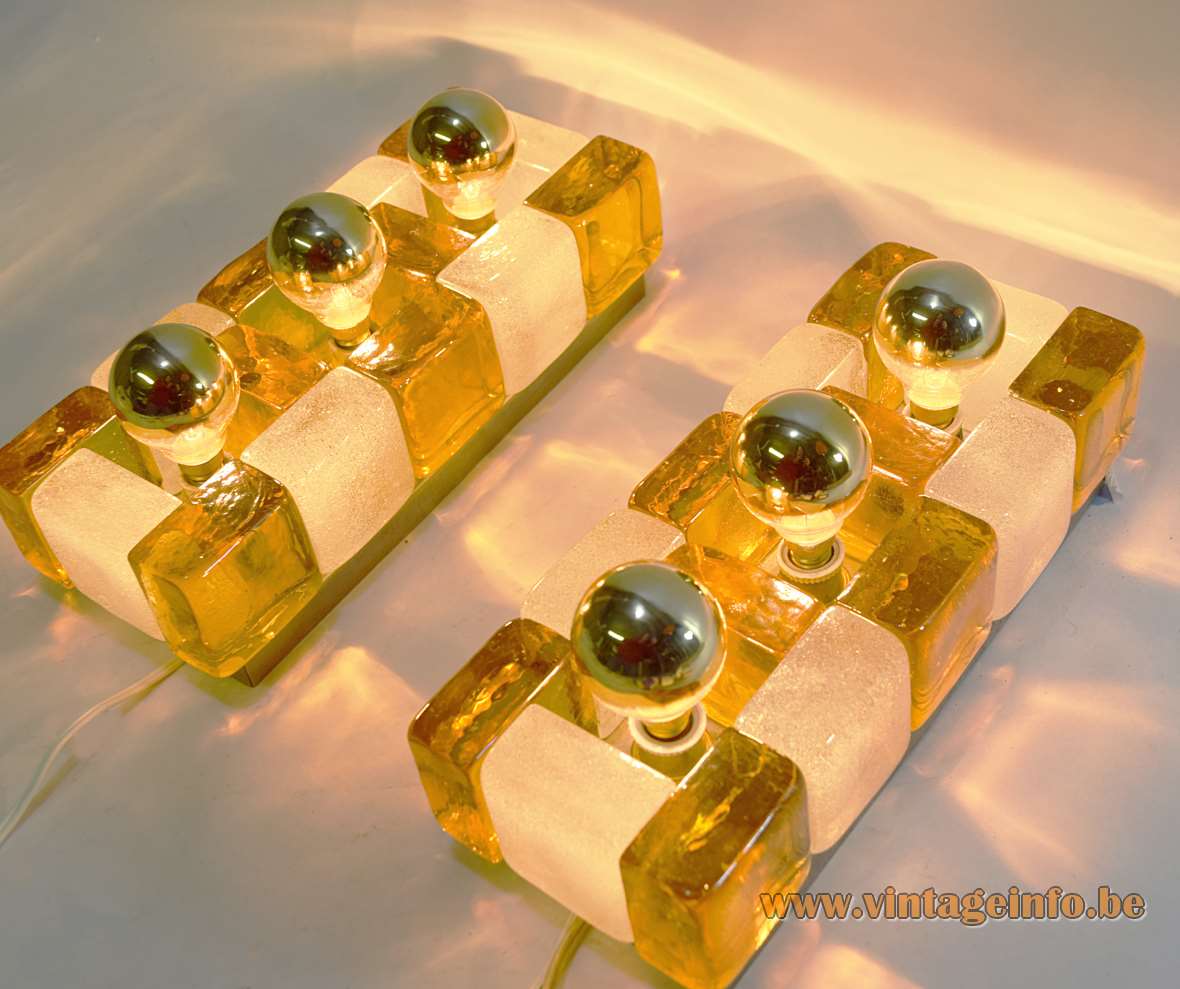 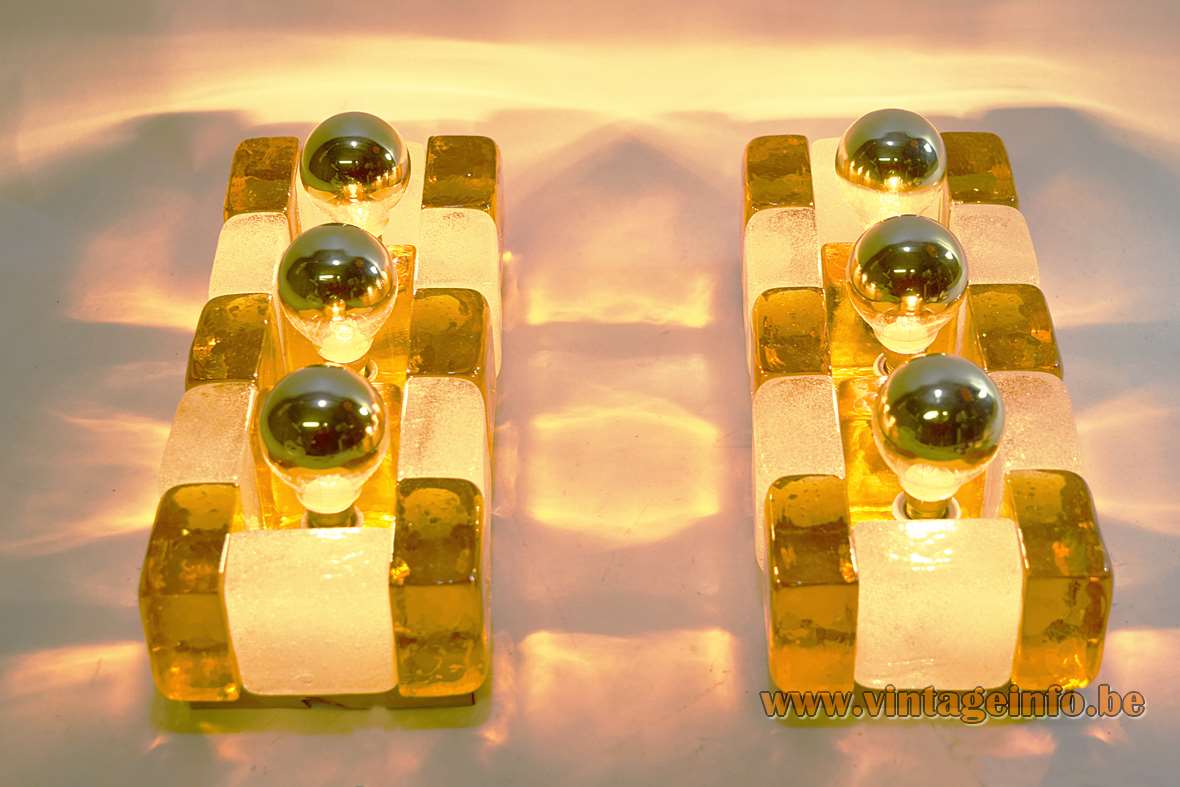 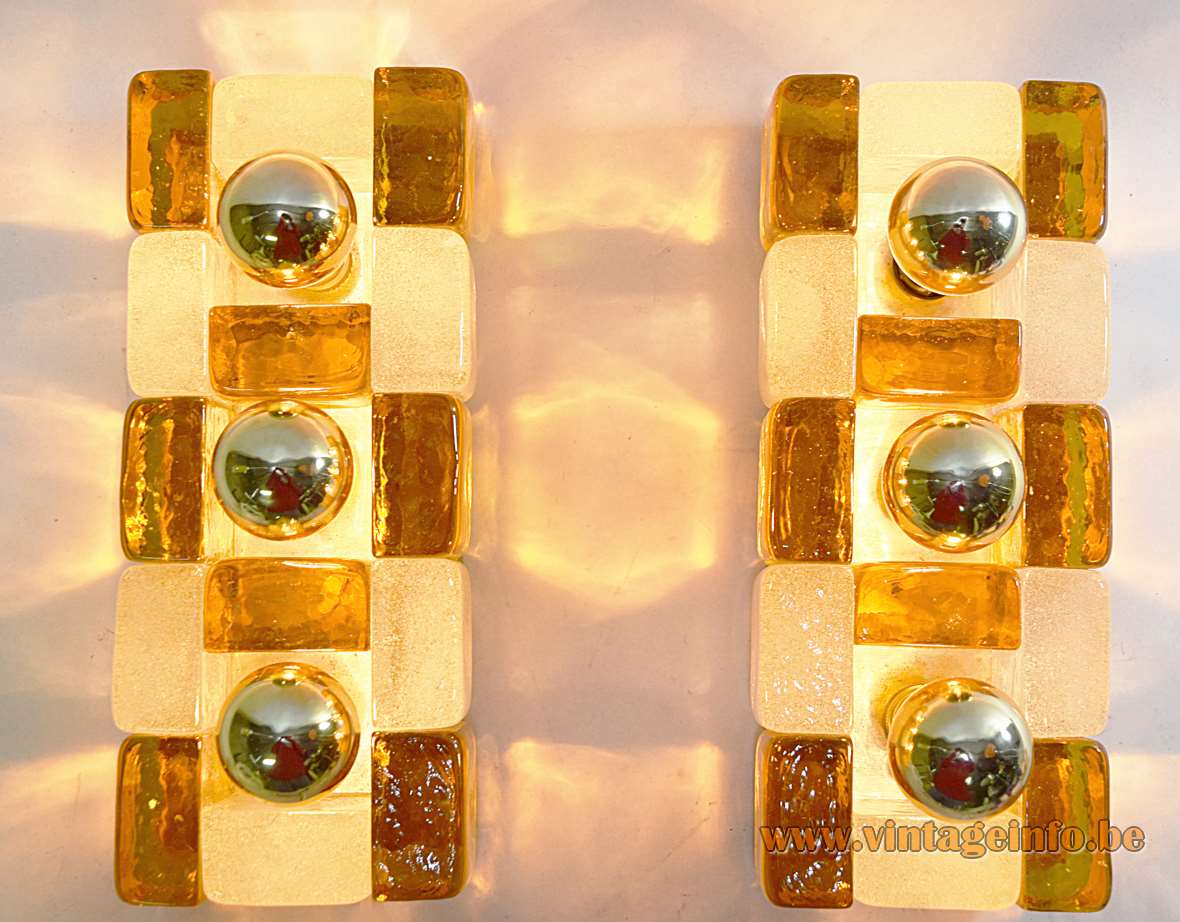 Other versions: These Poliarte wall lamps exists in many colours, versions and sizes. Table lamps, ceiling lamps, flush mounts, floor lamps were also made. The Poliarte company produced many lamps in this style. All in geometric forms.

These lamps are often attributed to Angelo Brotto, but those are false assumptions. Angelo Brotto designed lighting for the Italian Esperia company. Some lamps are more or less in the same style.

Albano Poli founded Poliarte in 1968 as an innovative and experimental lighting company. Poliarte was based near Verona, Italy. Albano Poli designed and produced lighting with a team of some 30 craftsmen. They made no more than hundreds for each model.

His typical style was combining stainless steel or raw metal to modular compositions of glass elements. Such as cubes, rods and plates. The final effect was a three-dimensional lighting object. Some of his lamps have names such as Akikaze, Lussac and Nikirka. 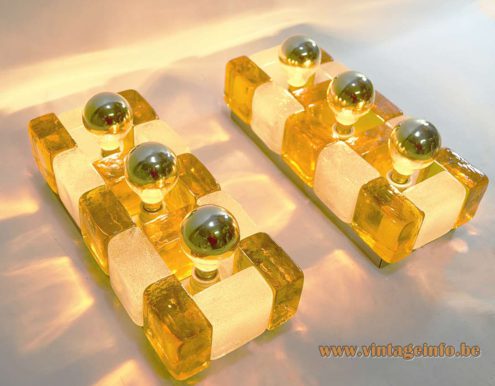