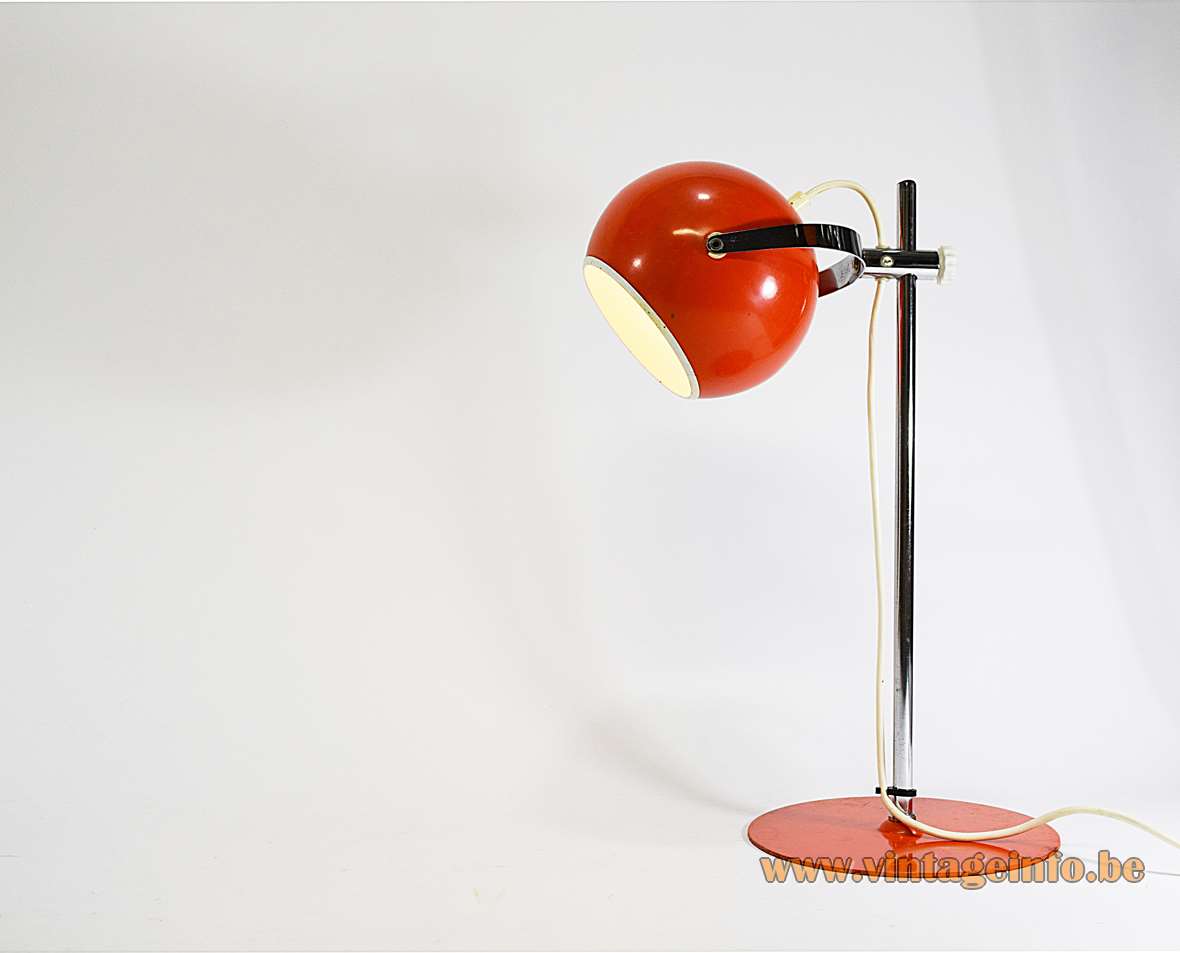 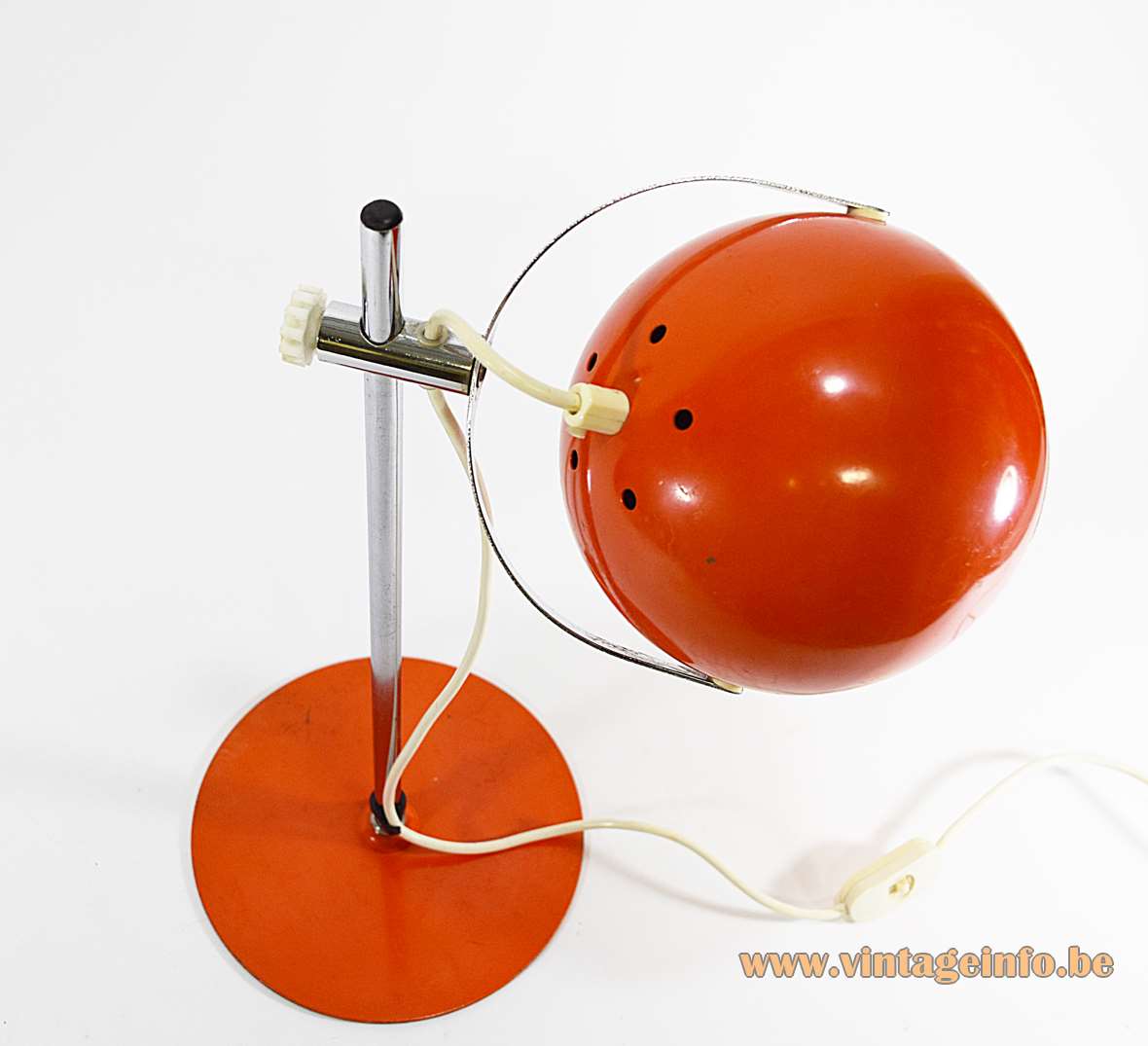 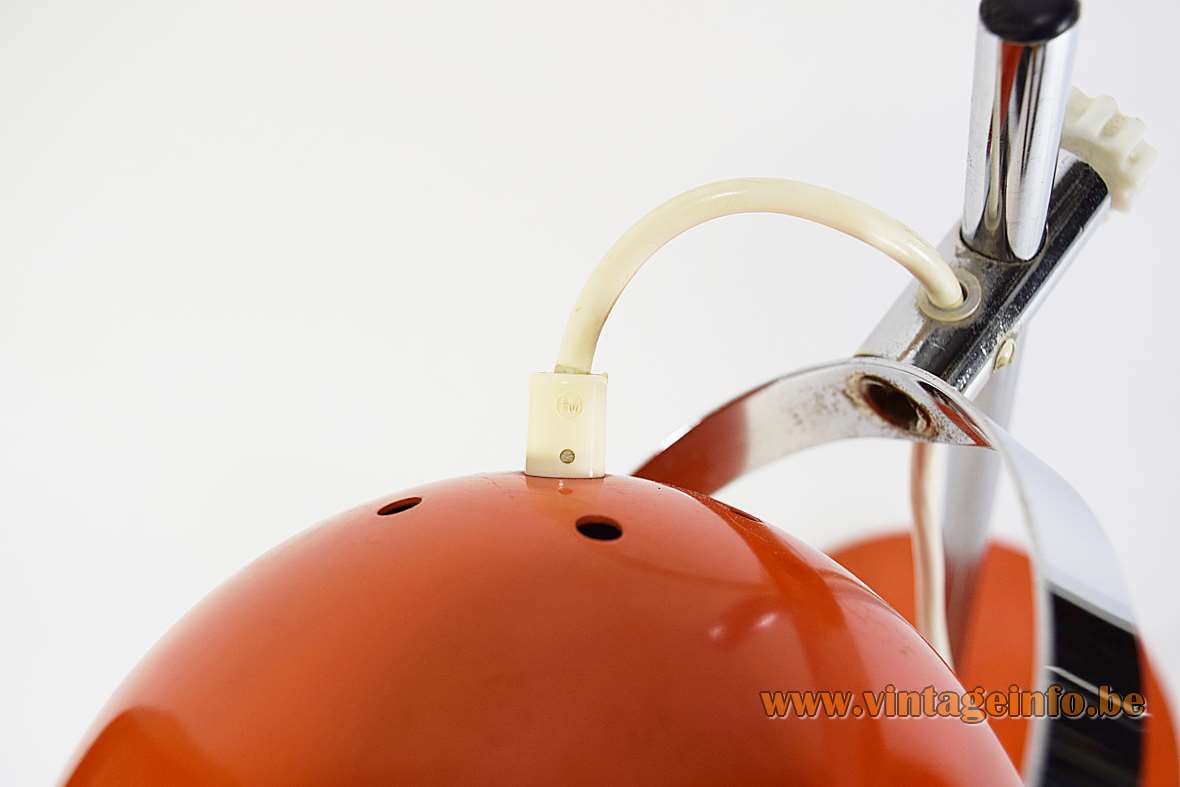 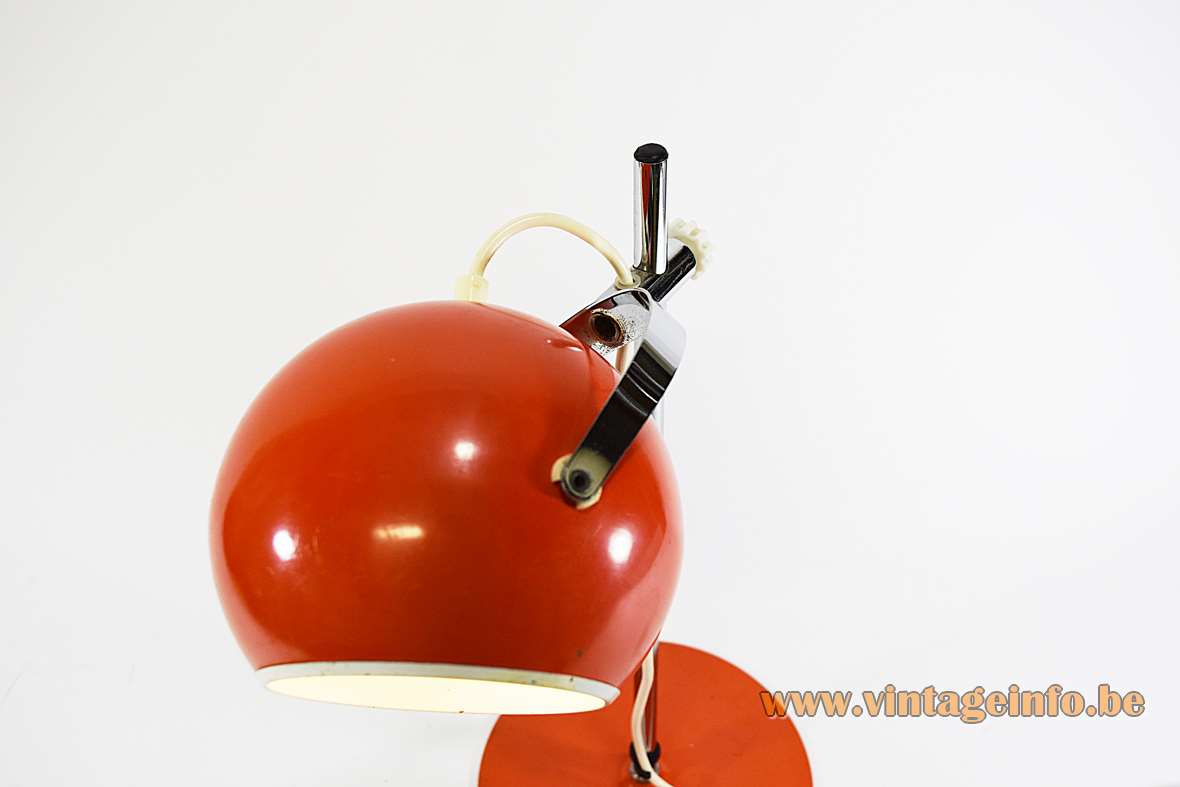 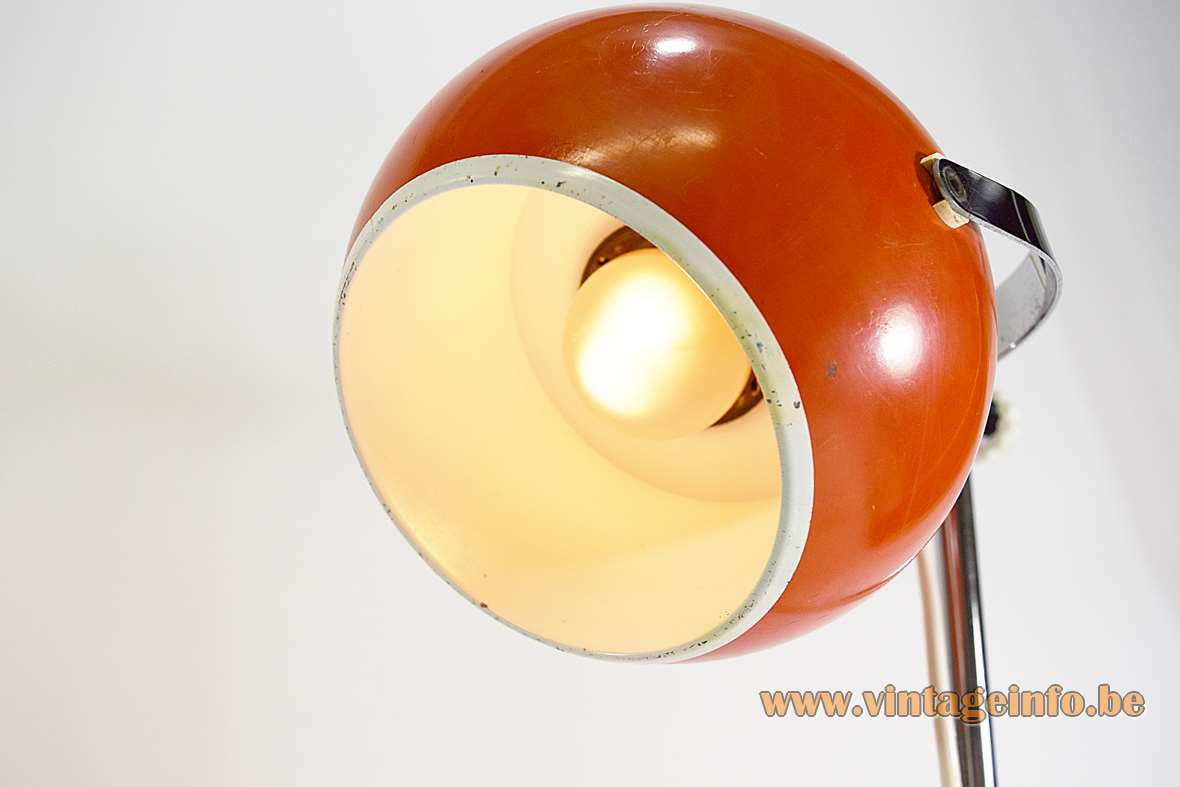 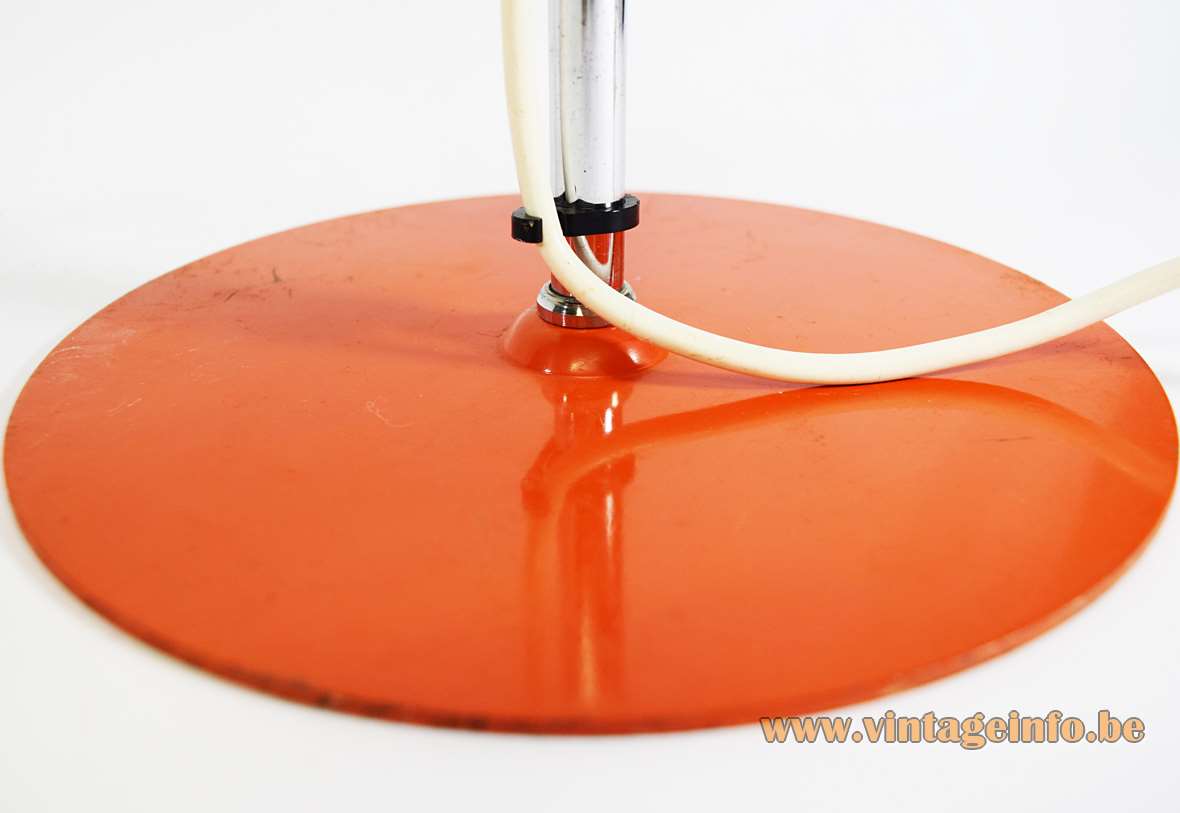 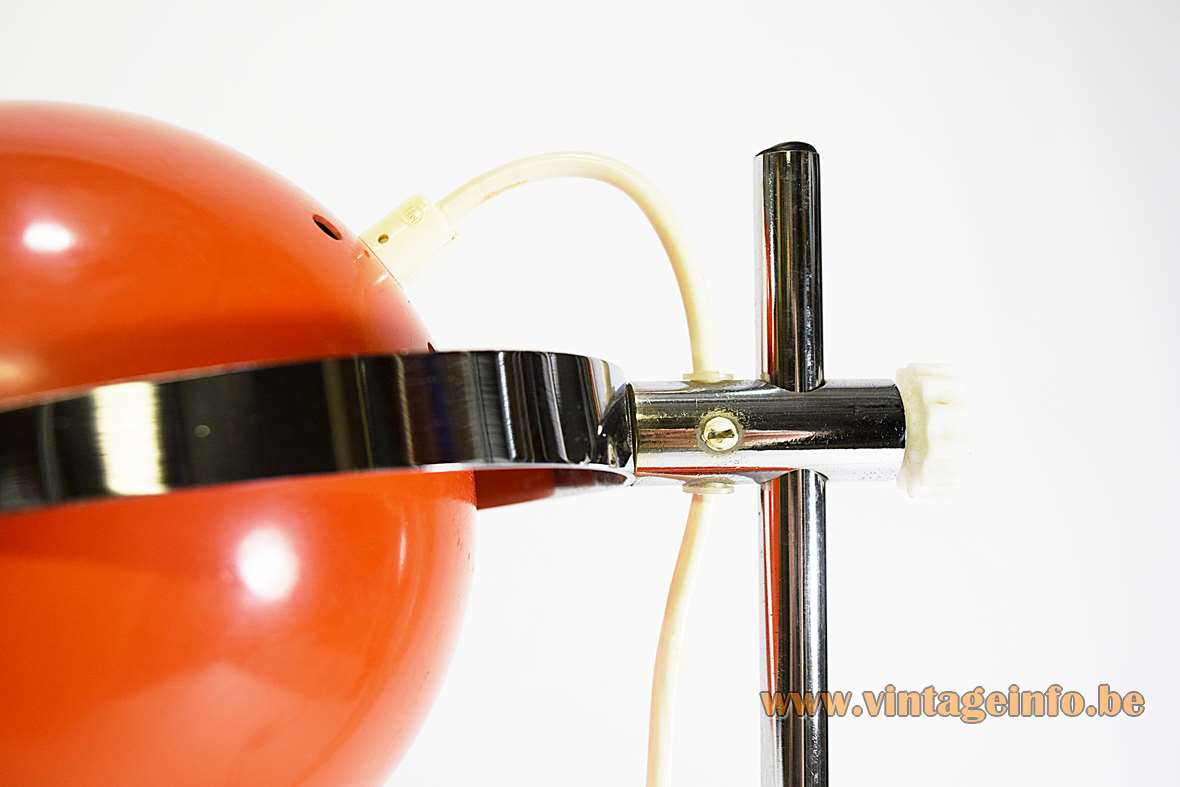 A similar eyeball desk lamp appears in the Belgian TV series Iedereen Beroemd (everybody famous), broadcast on één in 2018. 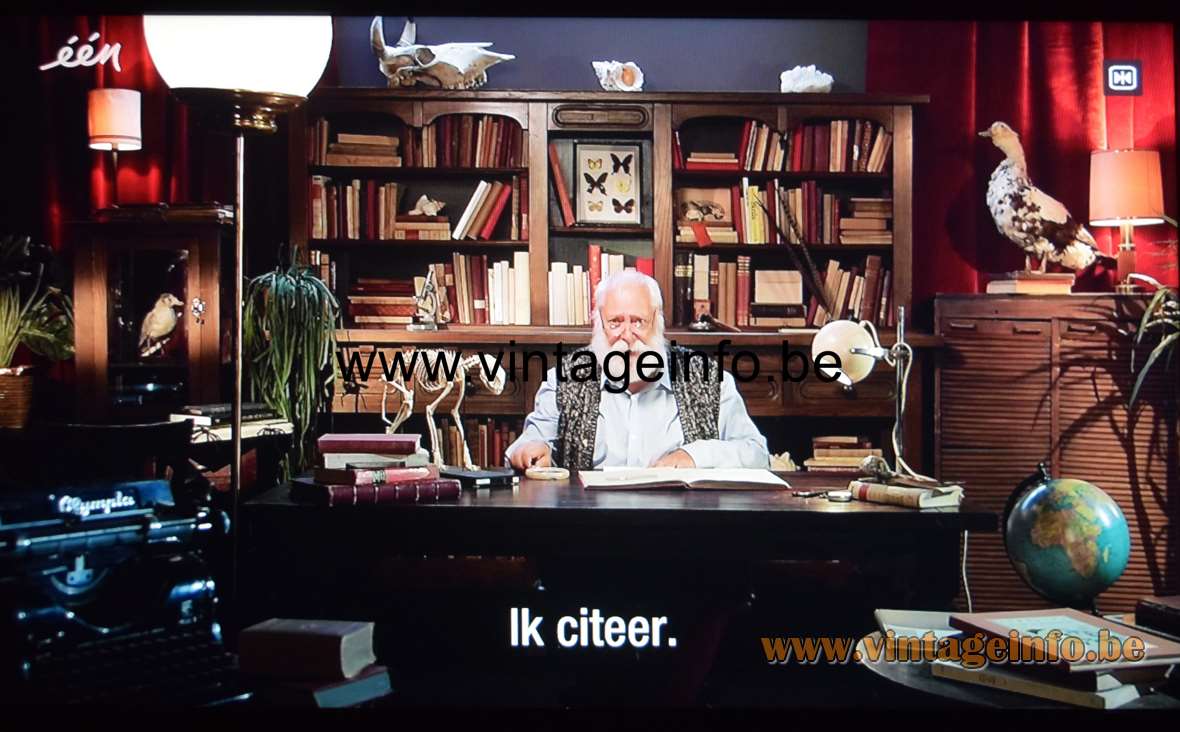 Other versions: Tihs Eyeball desk Lamp exists in several colours and models, all made with the same flat base. It also was made whit a chrome globe. This one is from the 1970s. The base was also used for lamps produced in the 1980s.

Also the Czech designer Pavel Grus created some lamps in this style for the manufacturer Kamenicky Senov in the 1960s. Fagerhults produced several lamps with the same base. Also Joe Colombo designed his Spider & Coupe lamp with a flat base for Oluce. Many companies produced lamps with a similar flat base.

These lamps were also sold by Neweba from Switzerland and Prova (BHS) in the UK.

The Neweba brand still exists and was founded in 1945.

Prova was a house label for British Home Stores (BHS). British Home Stores was a British department store chain, primarily selling clothing and household items. The company was founded in 1928. The company went bankrupt in 2016. The Qatari Al Mana Group purchased BHS and formed a new business, BHS International (UK) Limited, based in London. It launched a new website: bhs.com.

The electric parts were produced by VLM Components in the 1980s. VLM Components was founded in 1945 in Buccinasco, a small village near Milan, Italy. VLM is part of the Relco Group, founded in 1967. Today they are the owners of the brands Relco, Leuci, Relco Lighting, VLM and Segno. The company is famous for the switches they produced that were designed by Achille Castiglioni.

The flat base is reminiscent of the Coupe and Spider table lamp Joe Colombo designed for Oluce in 1964. 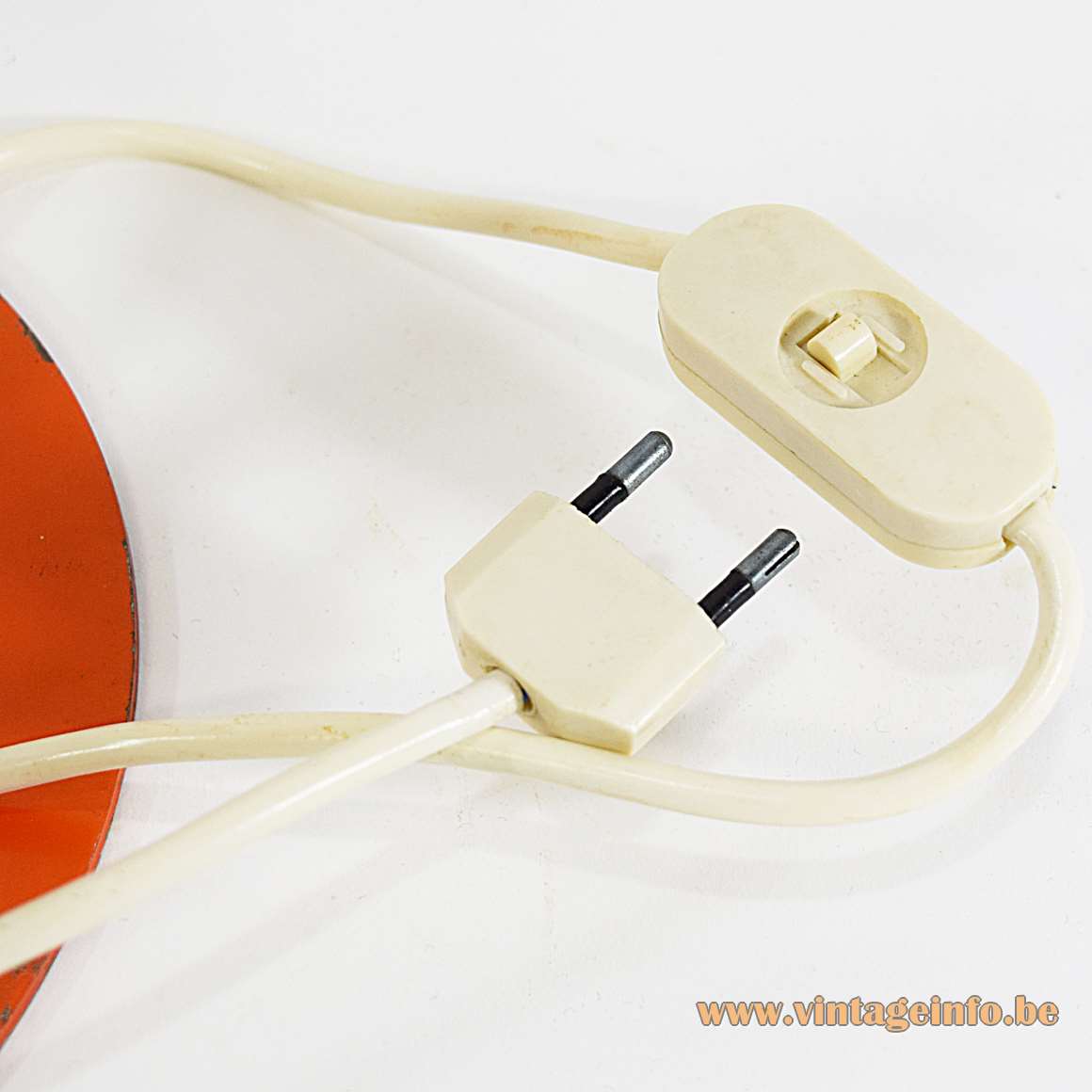 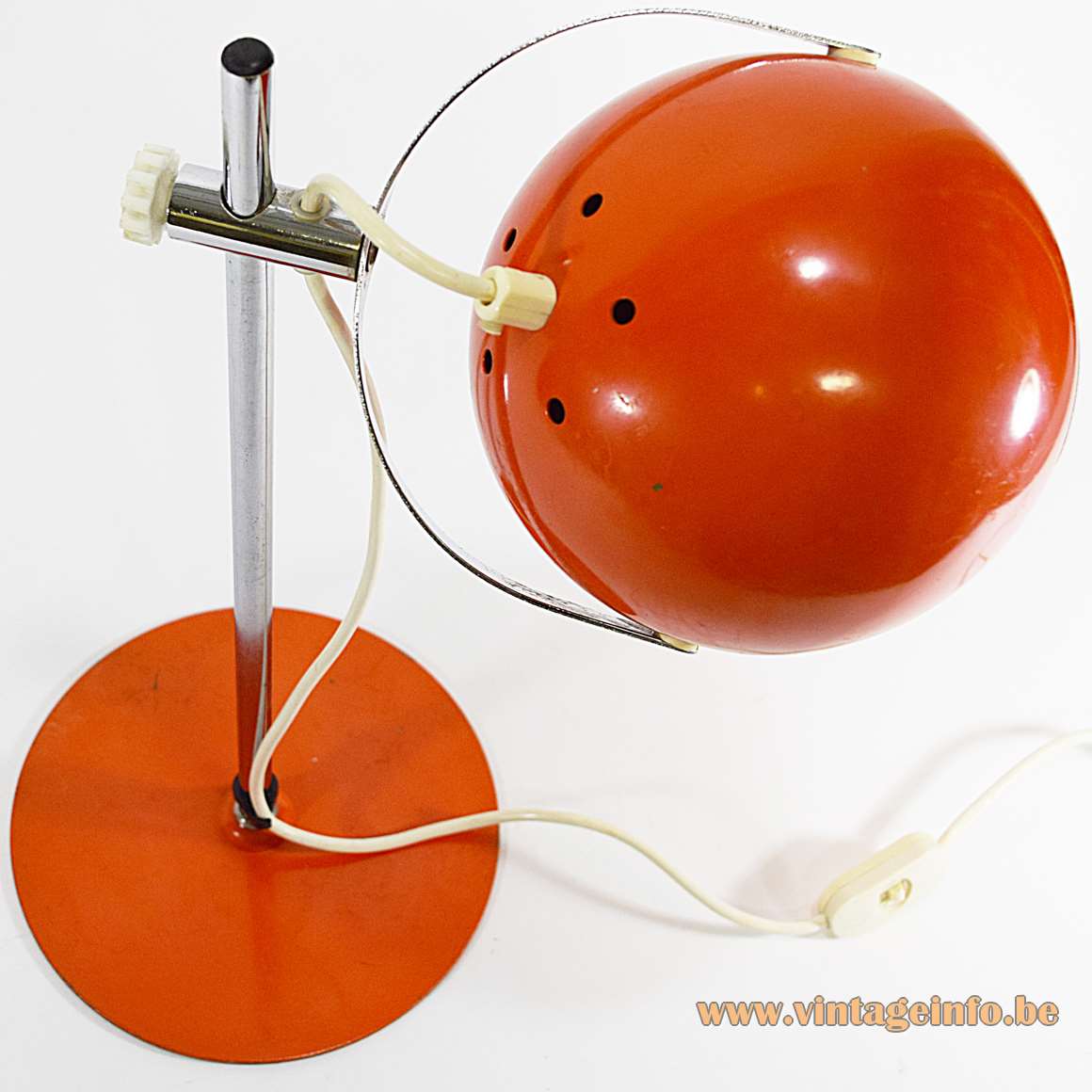 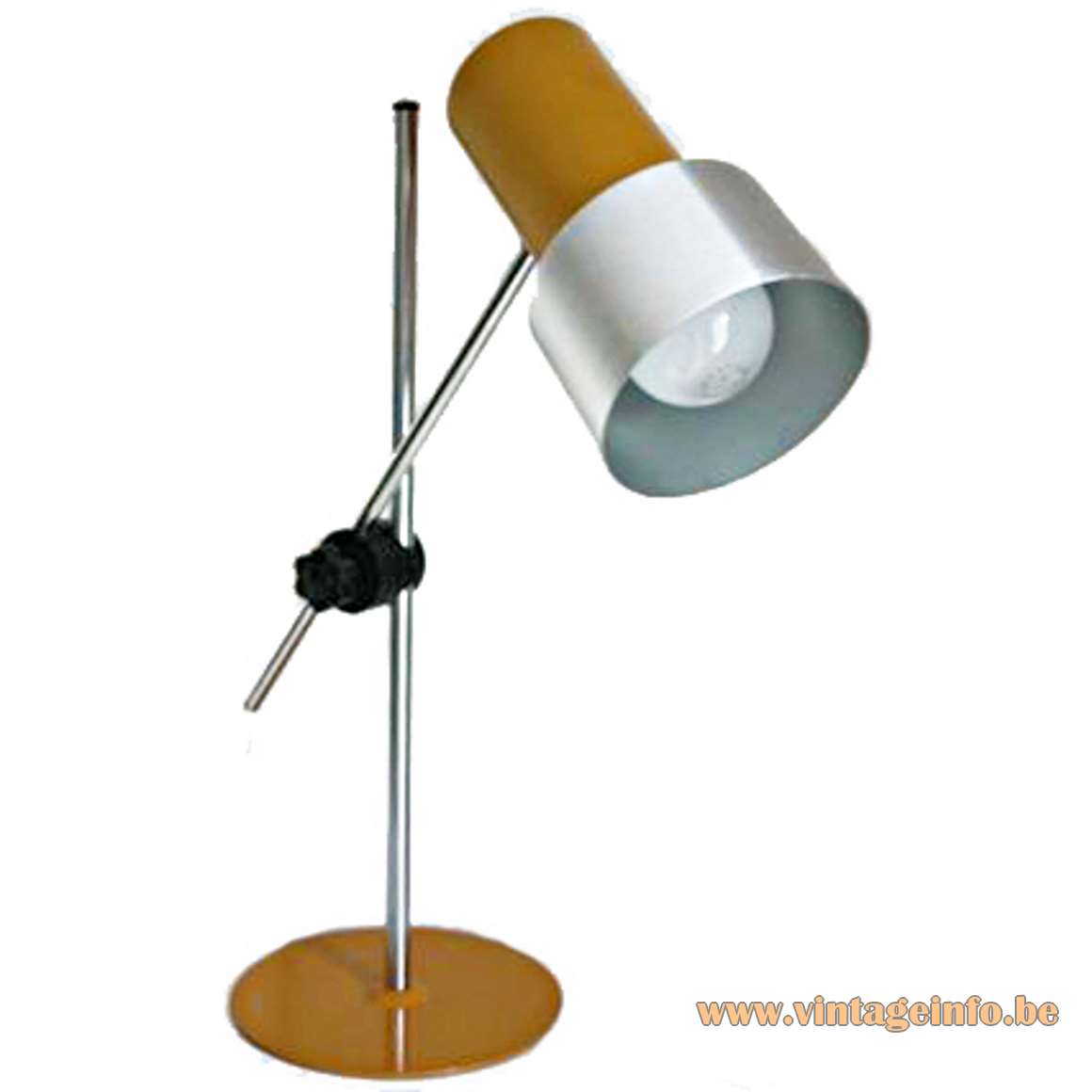 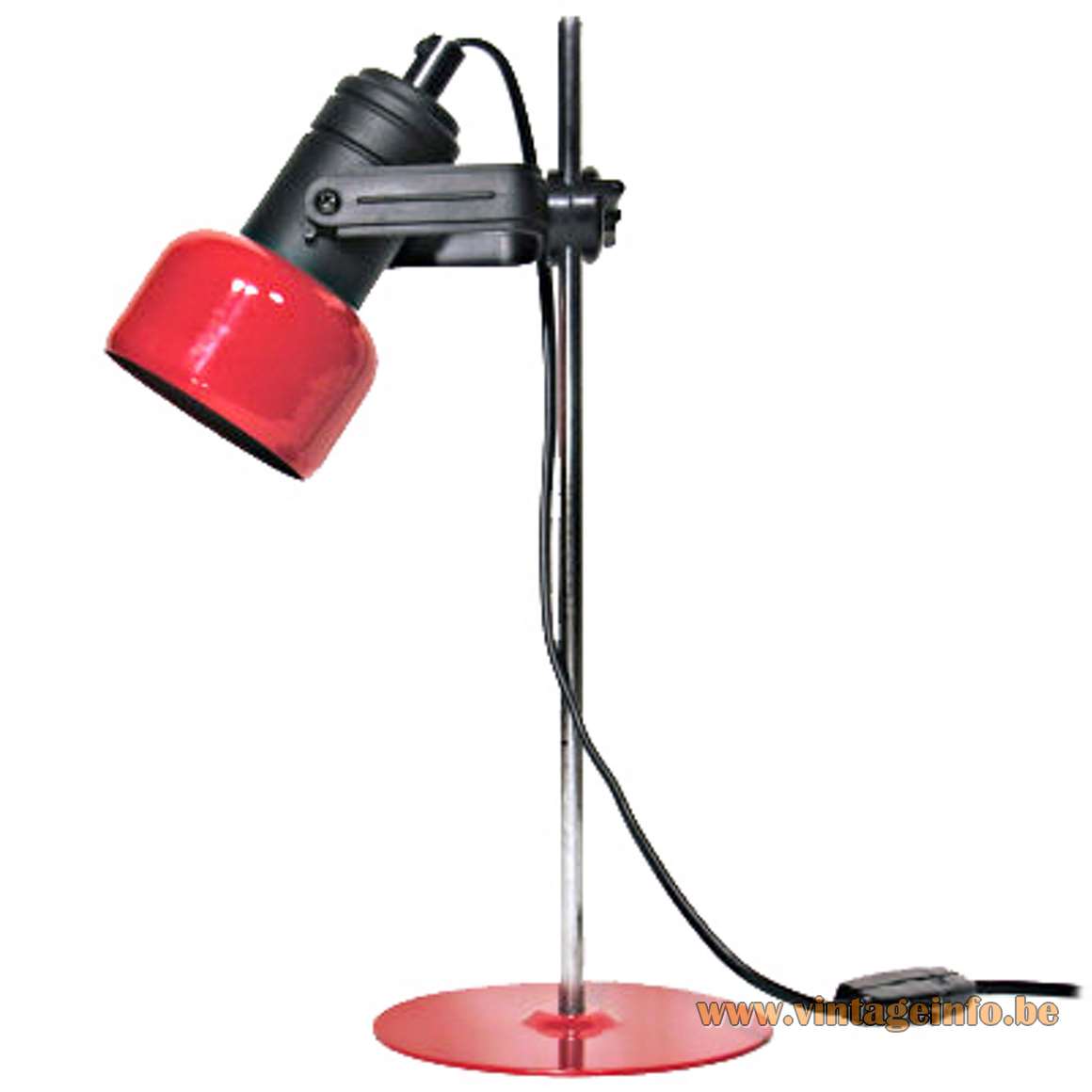