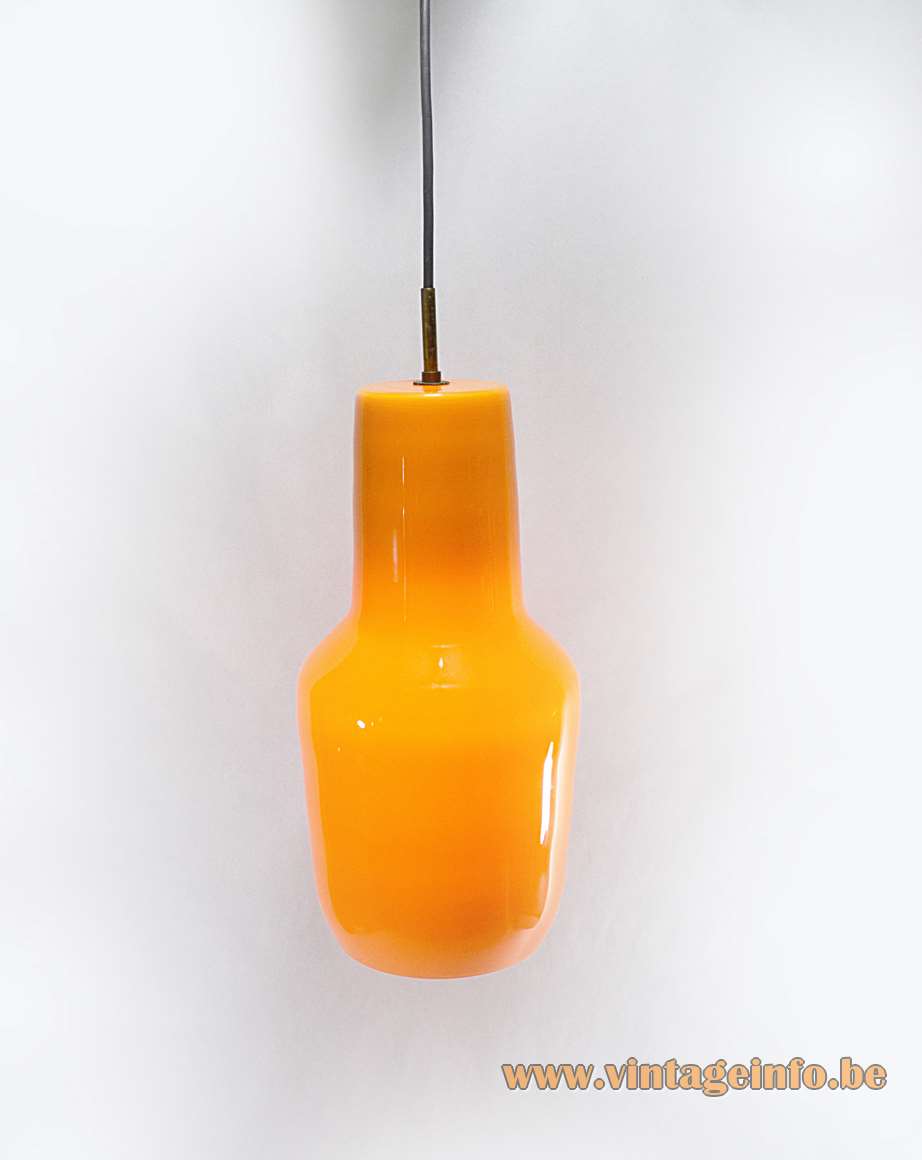 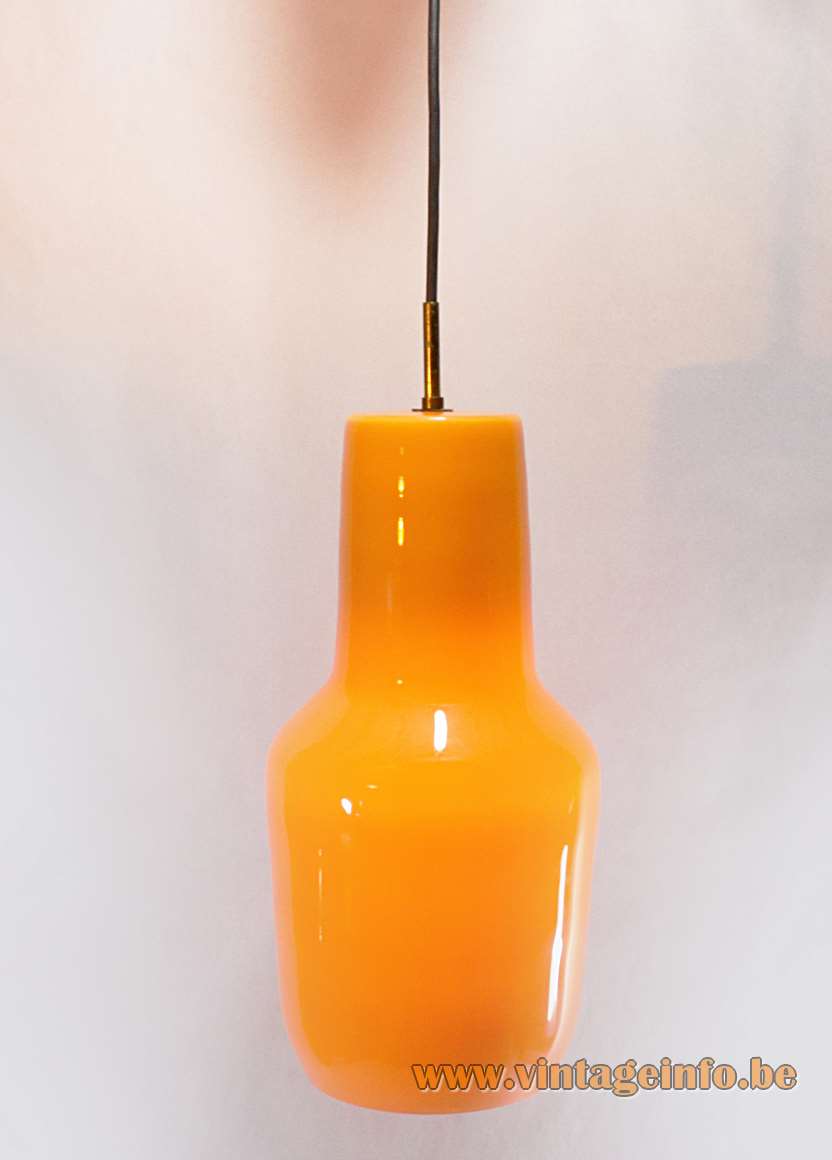 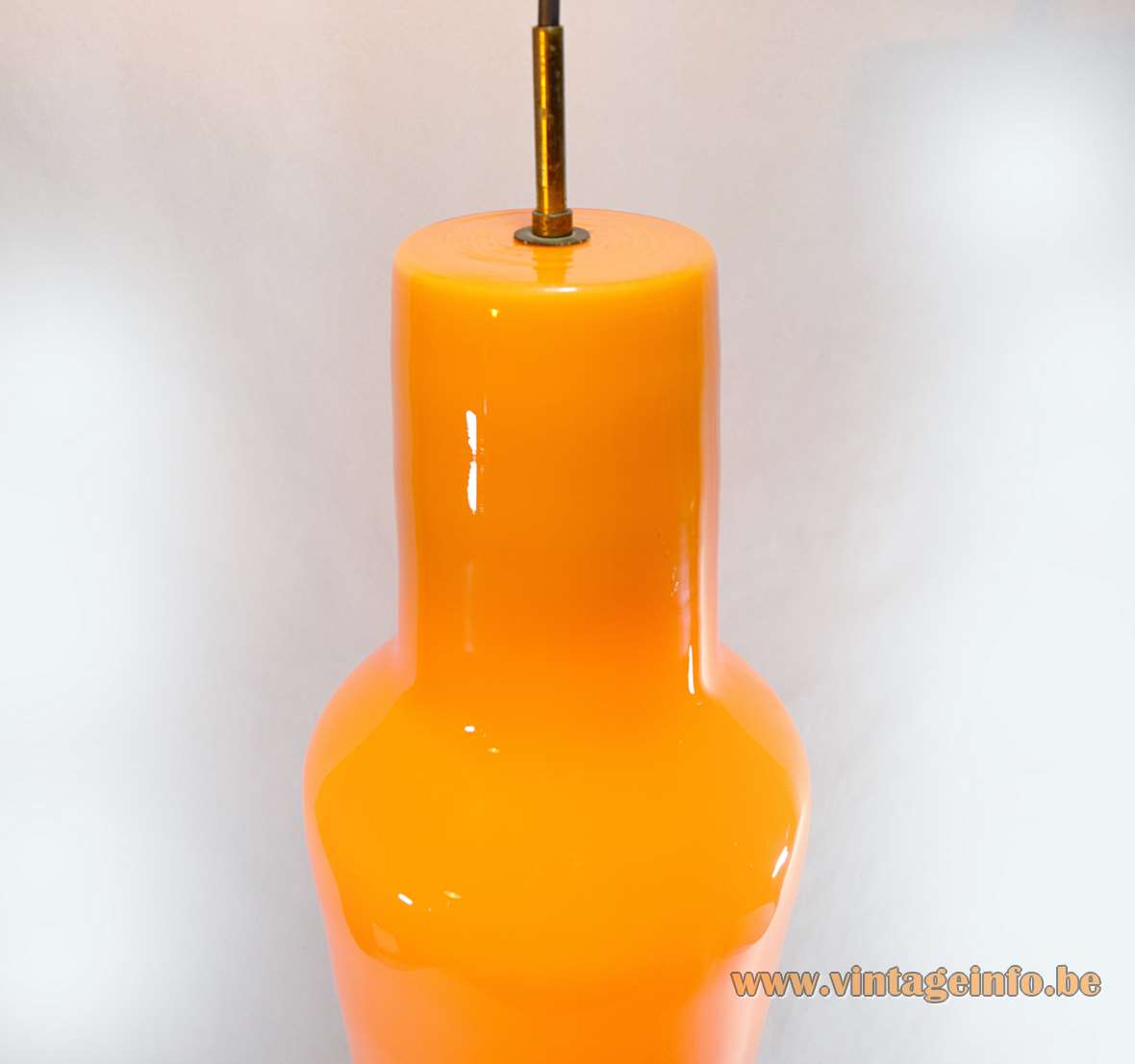 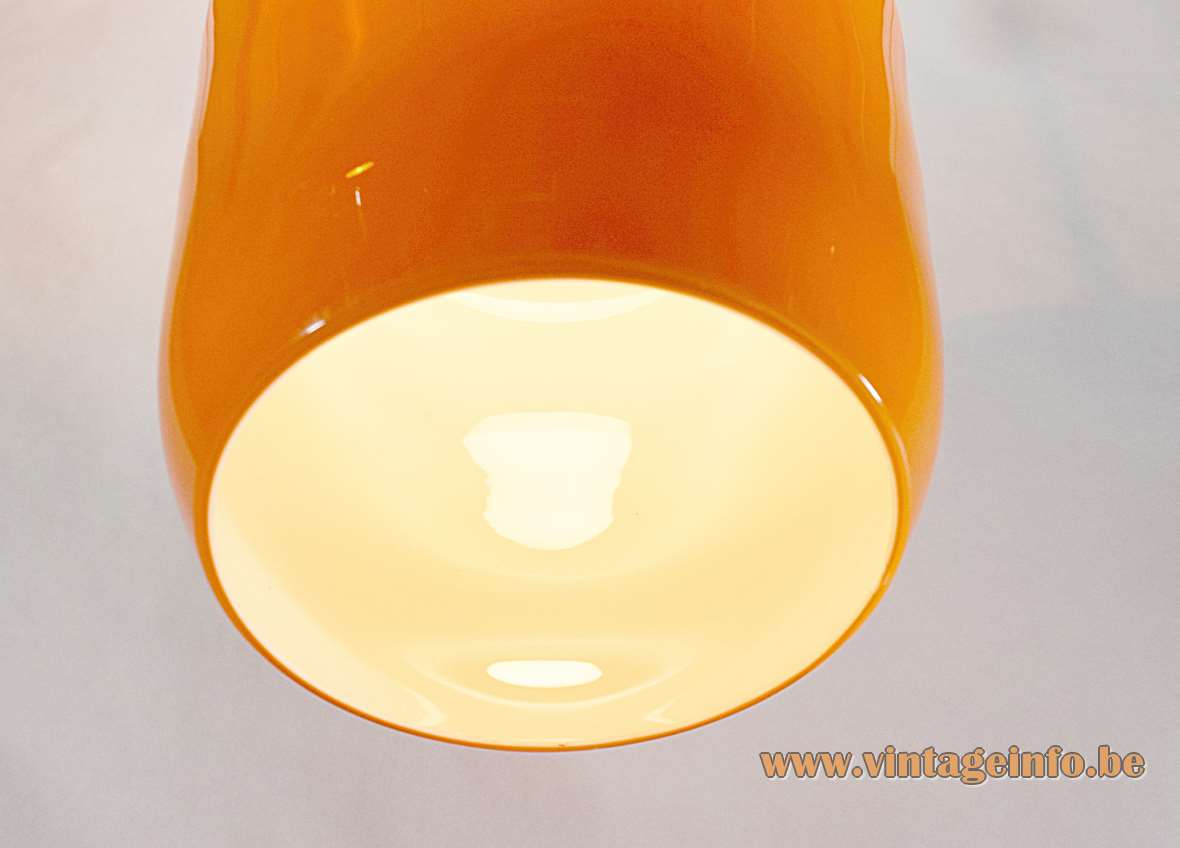 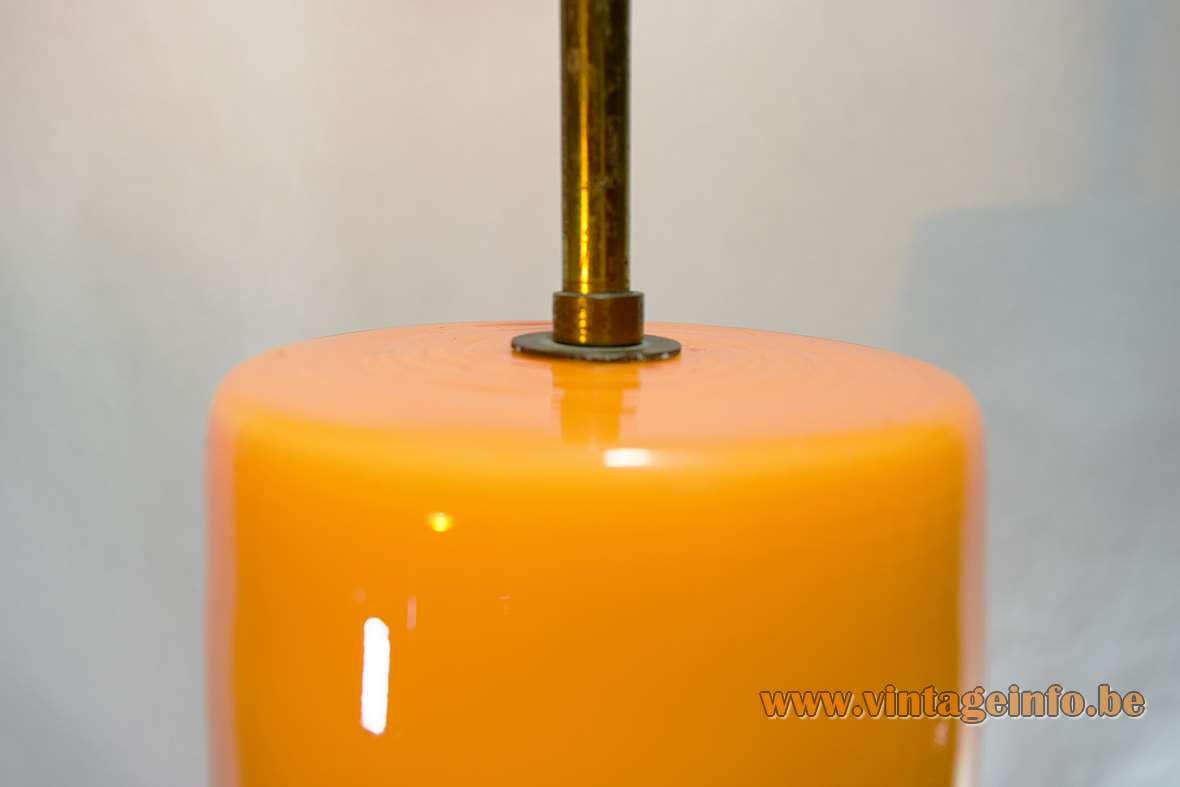 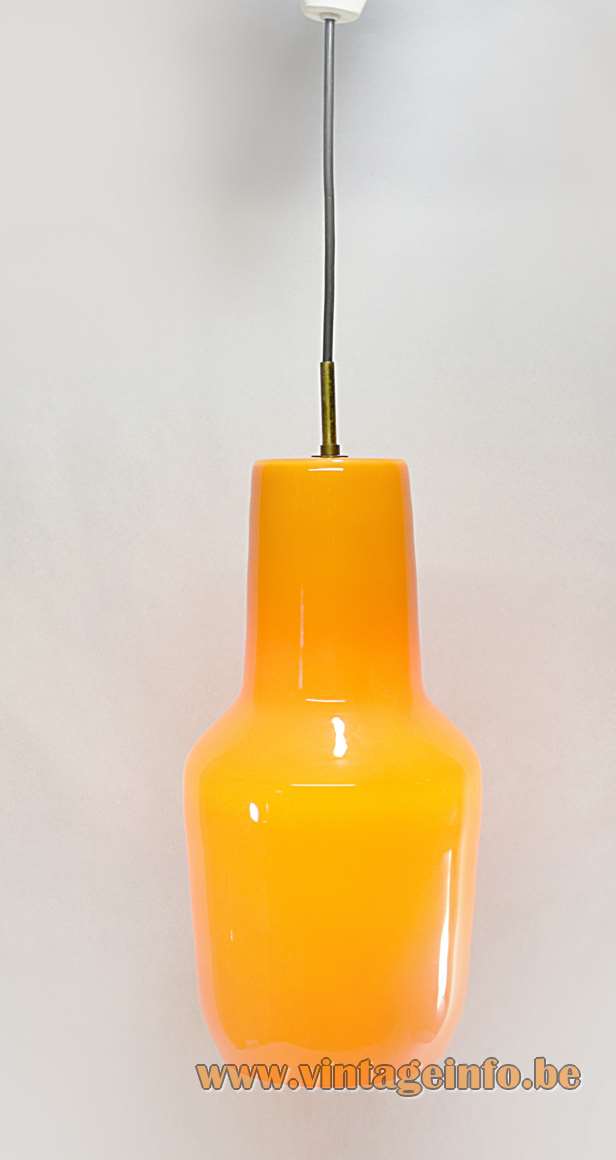 Green, blue and white version of this pendant lamp

Materials: Hand blown crystal Murano glass. Clear orange on the outside, white on the inside (incamiciato). Brass parts. Bakelite socket.

This hand blown bright orange pendant was designed in 1955, early in Massimo Vignelli’s career, when he lived in Venice. The lamp is made in clear orange and white glass and was produced by Venini. Venini is one of the most outstanding art glass companies on the Venetian island. None of these lamps are identical and are all handmade/blown. 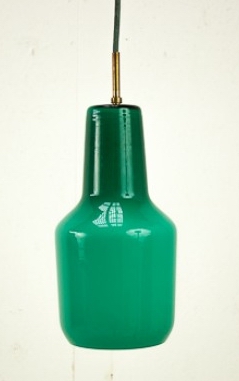 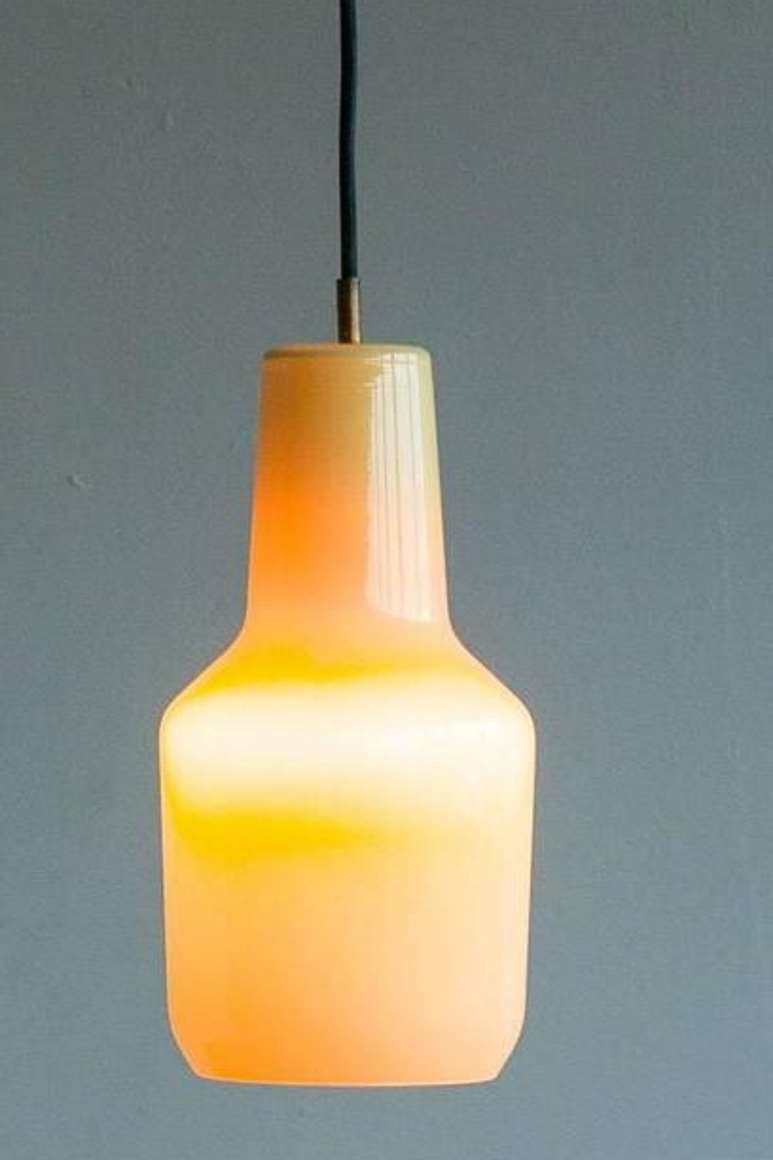