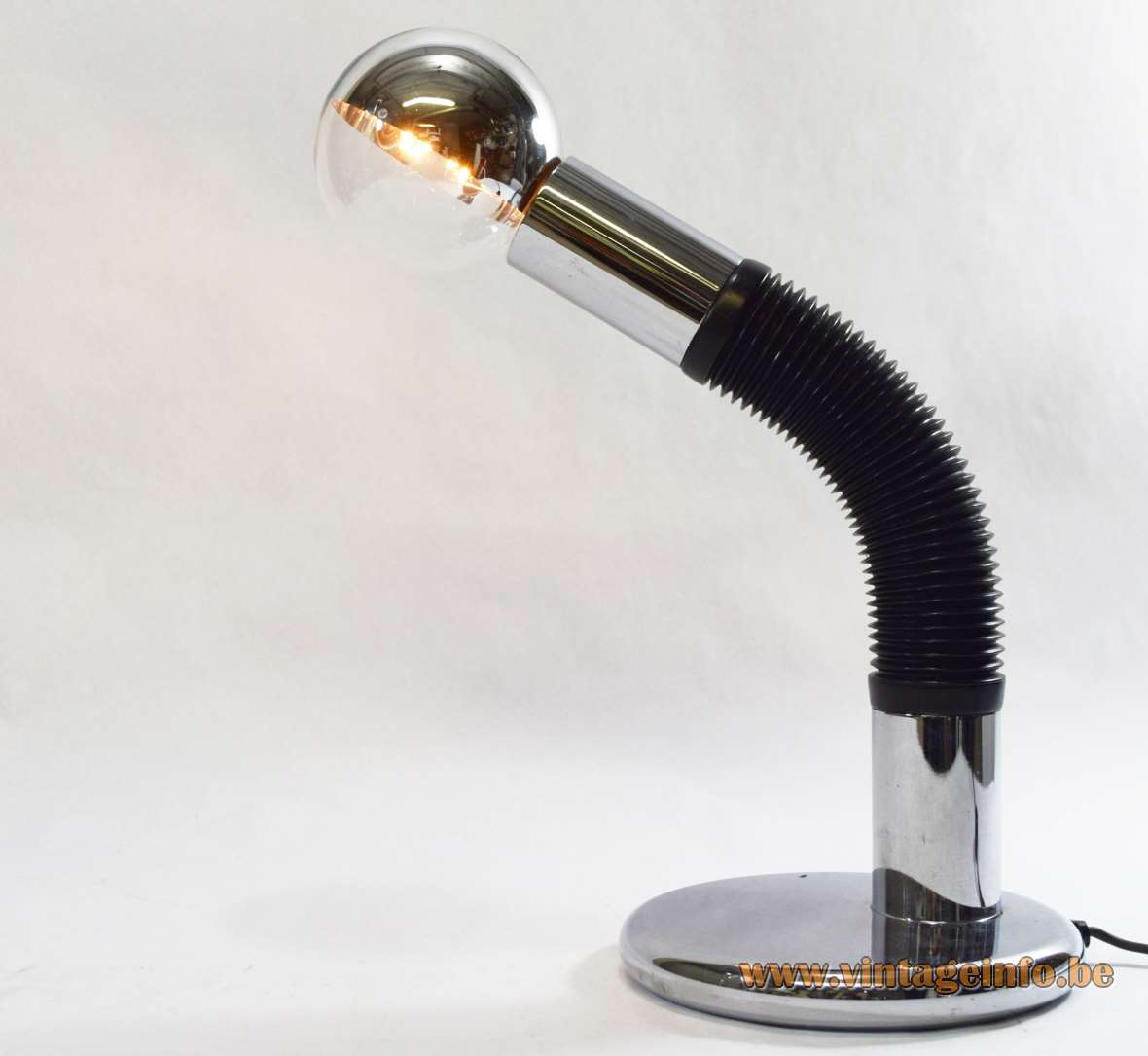 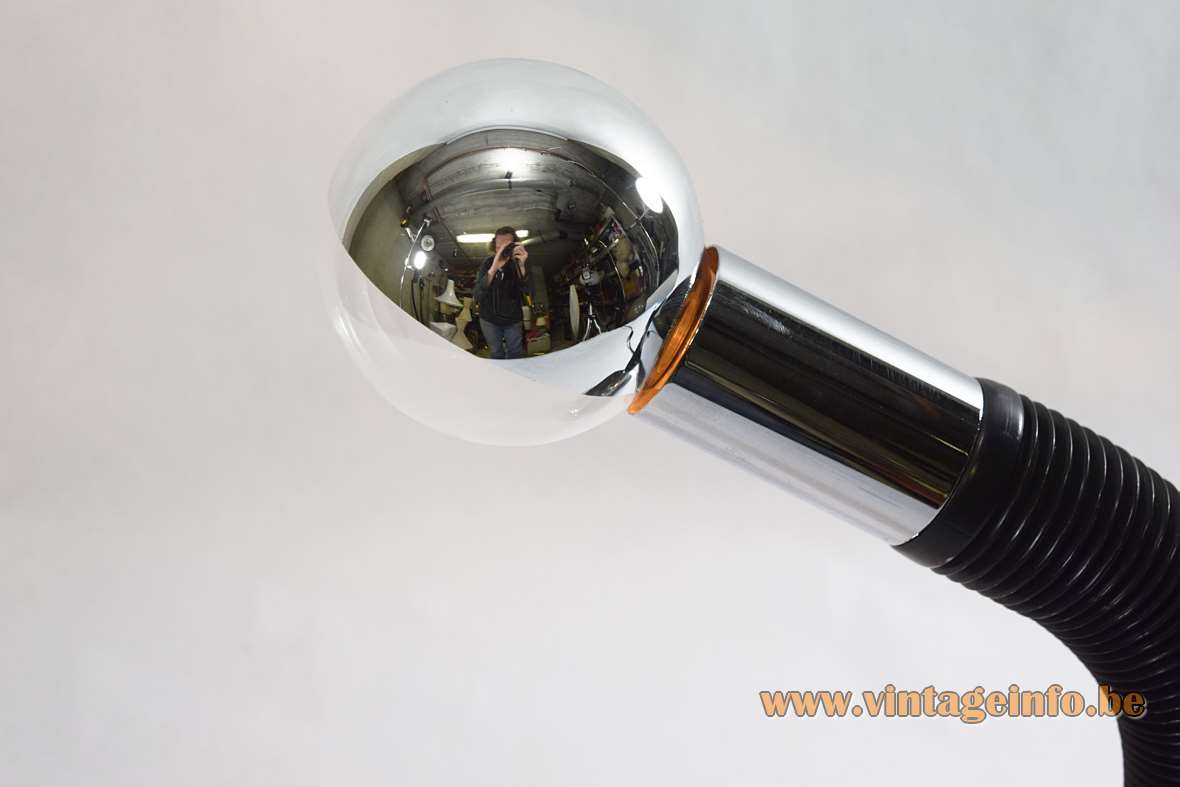 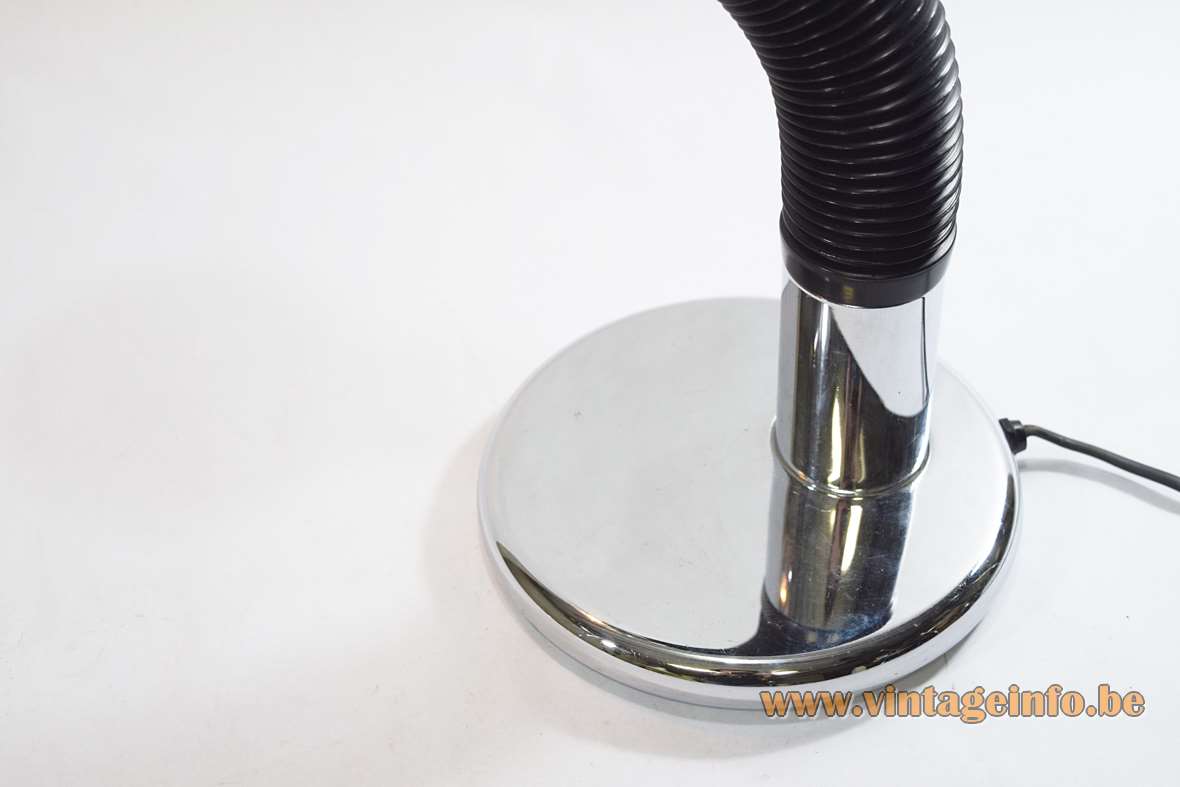 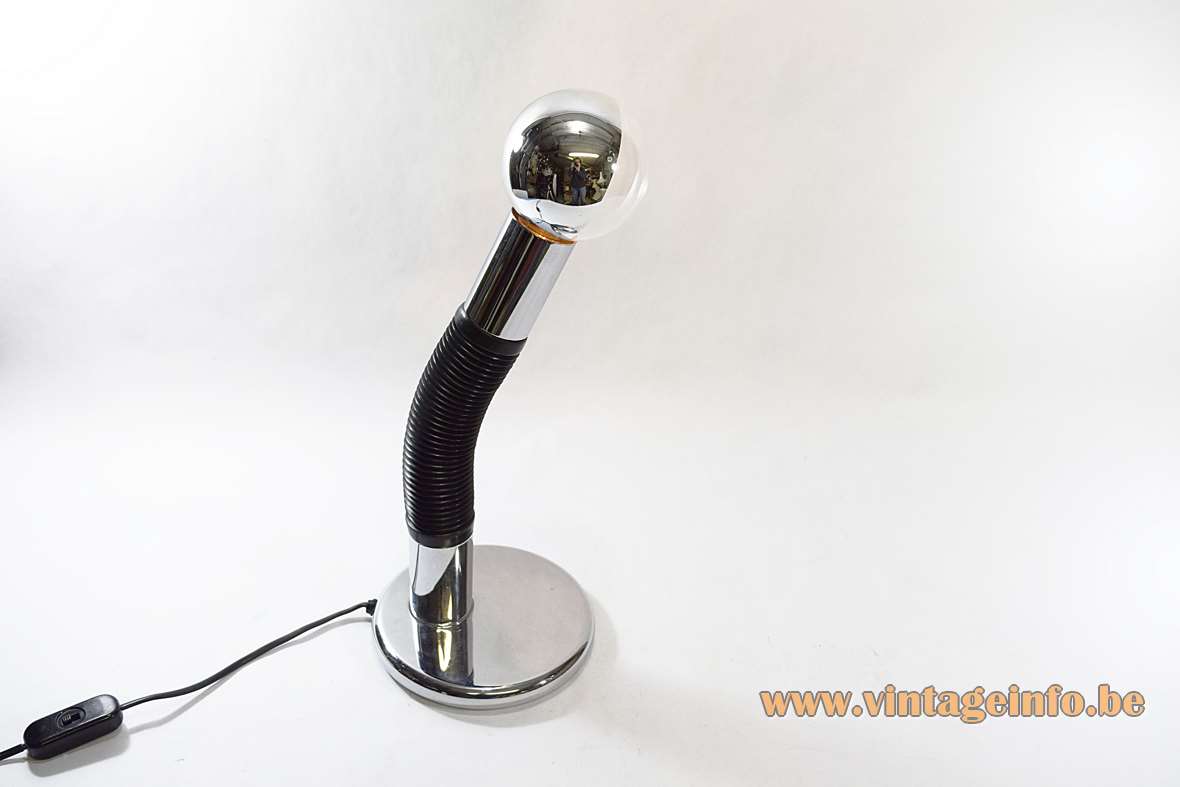 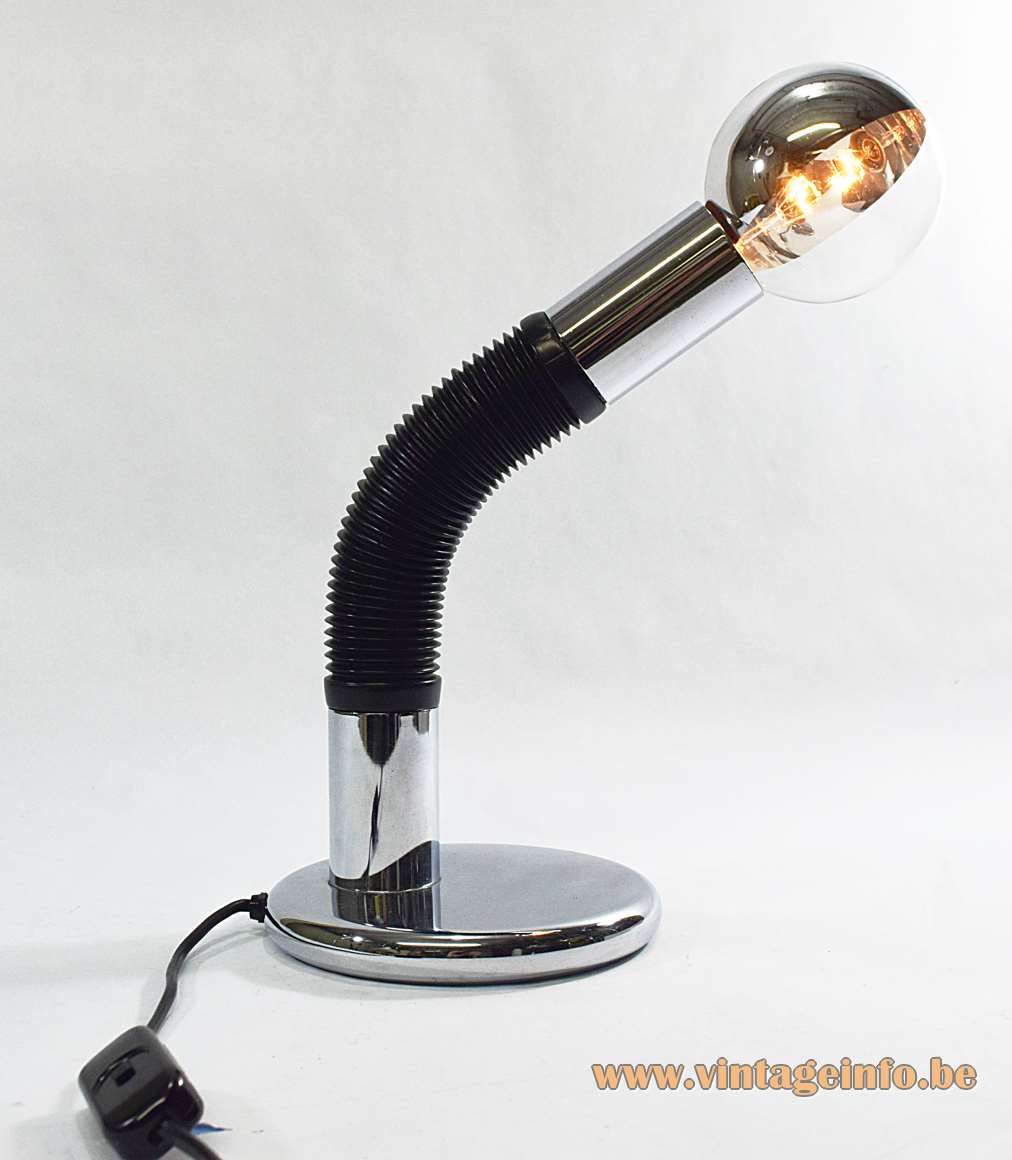 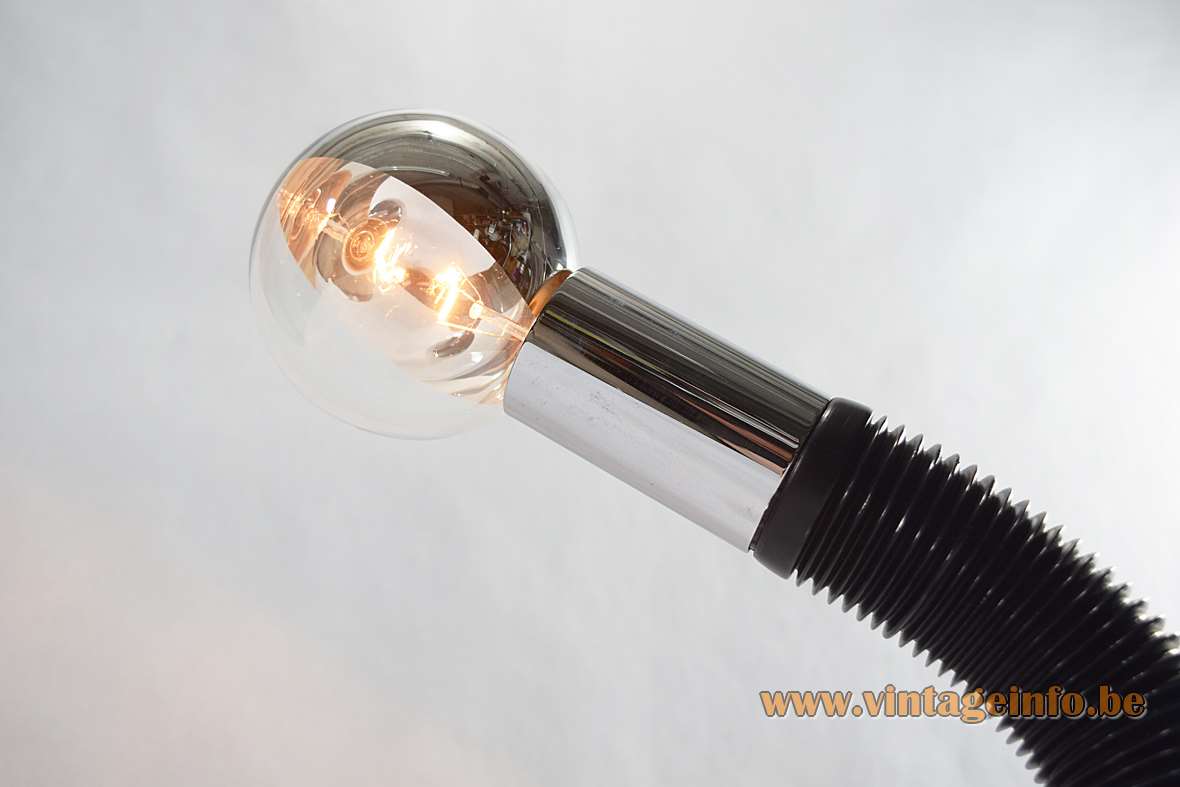 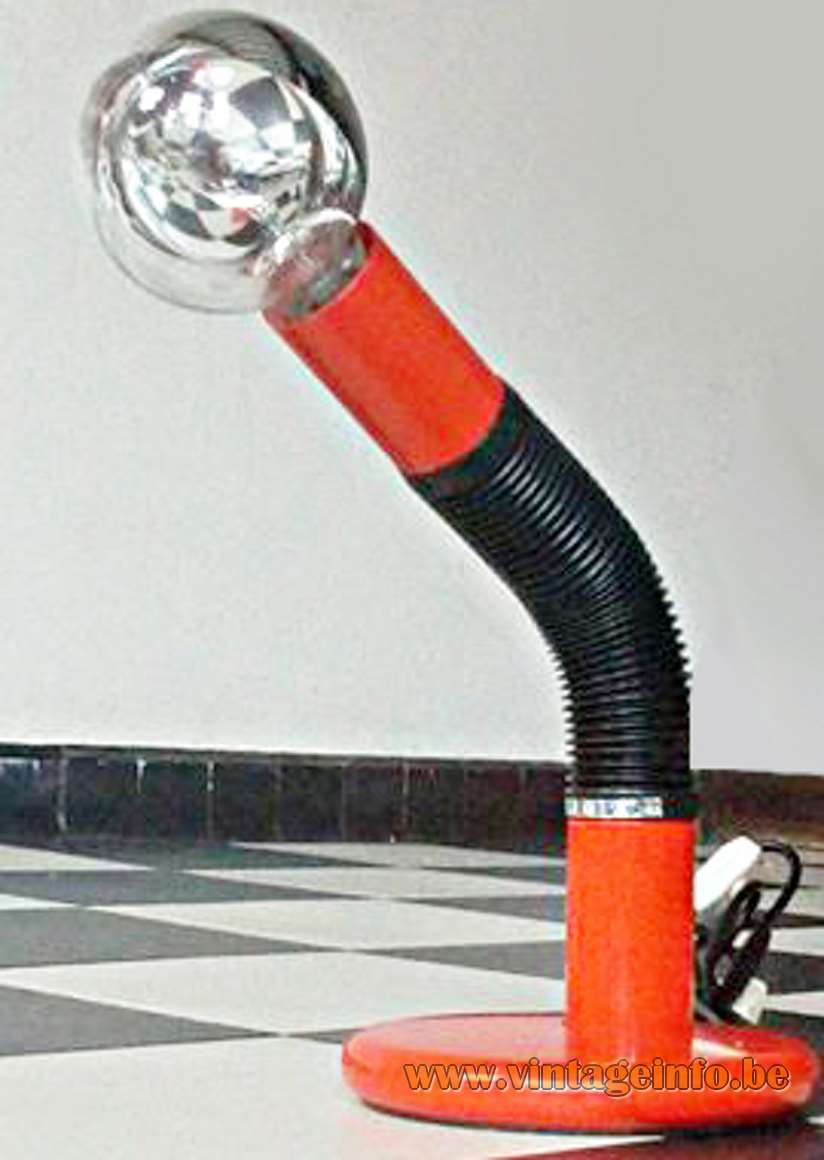 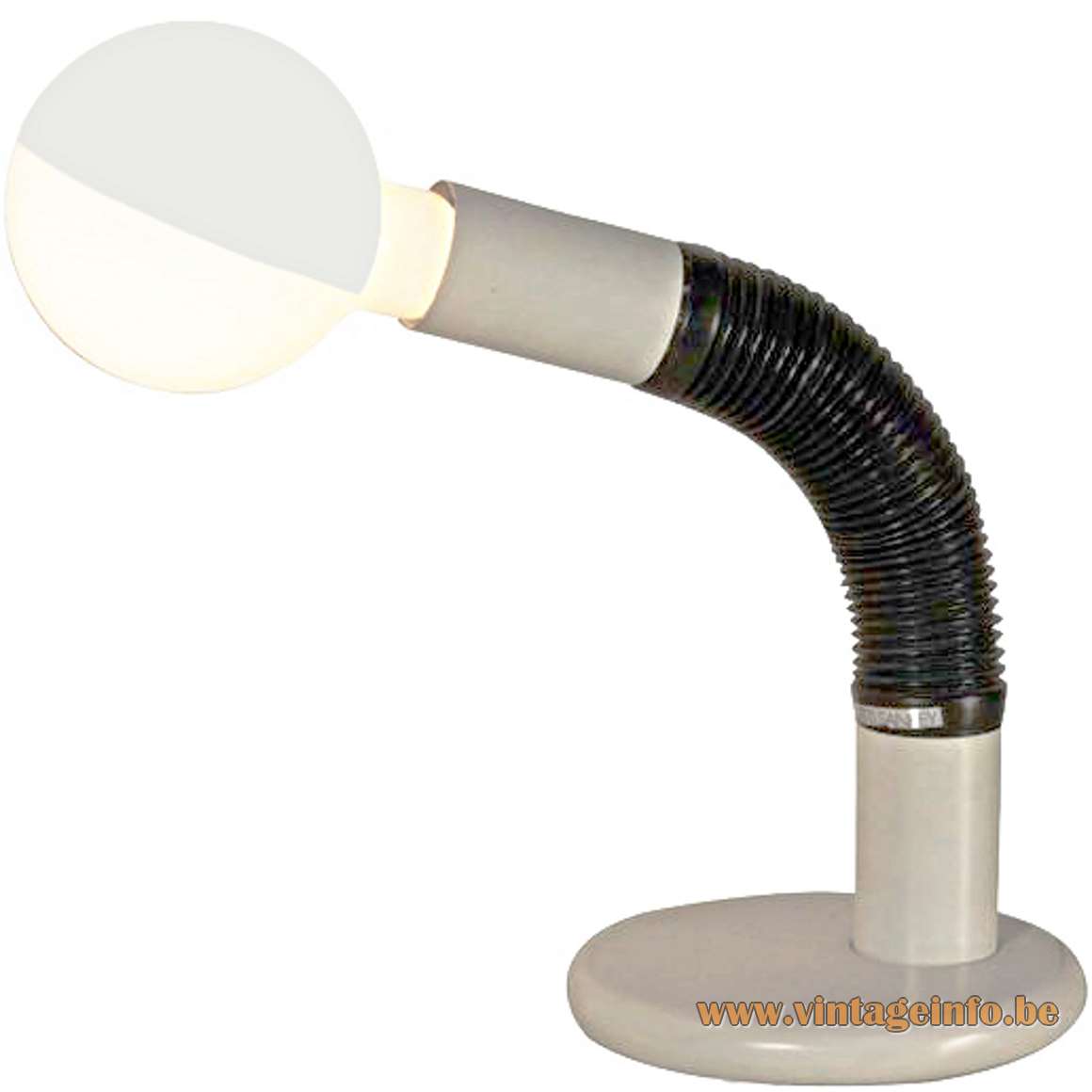 Gino Sarfatti was born in Venice, Italy in 1912 and studied aeronaval engineering at the University of Genoa. Gino Sarfatti died at Gravedona, Como, Italy in 1985. He was the founder of his company Arteluce S.A.

The 536 C desk lamp designed by Gino Sarfatti was published in the book Gino Sarfatti Selected Works 1938-1973, written by Marco Romanelli and Sandra Severi and published since 2012 by Silvana Editorale S.p.A. You can find the 536 C lamp on page 426. 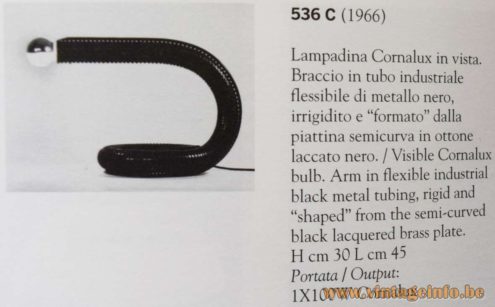 Other versions: This Targetti Sankey Elbow desk lamp exists in white, red, blue and so on. A chandelier with 4 lamps was also made. A floor lamp, a clamp lamp and many other models were produced. They were a big success.

Often attributed to Gino Sarfatti, others say Mario Bellini. But it is E. Bellini according to the iF Design Awards website. Unfortunately no information can be found about the designer. Gino Sarfatti designed a table lamp with many similarities, the 536 C in 1966 with a Cornalux bulb.

The Elbow desk lamp is often named Bendy, the reason is unclear. Sometimes confused with the Stilnovo Periscopio table lamp.

This lamp received an iF Design Award in 1975.

The Elbow desk lamp on the iF Design Awards website

The biography of Gino Sarfatti on the Flos website 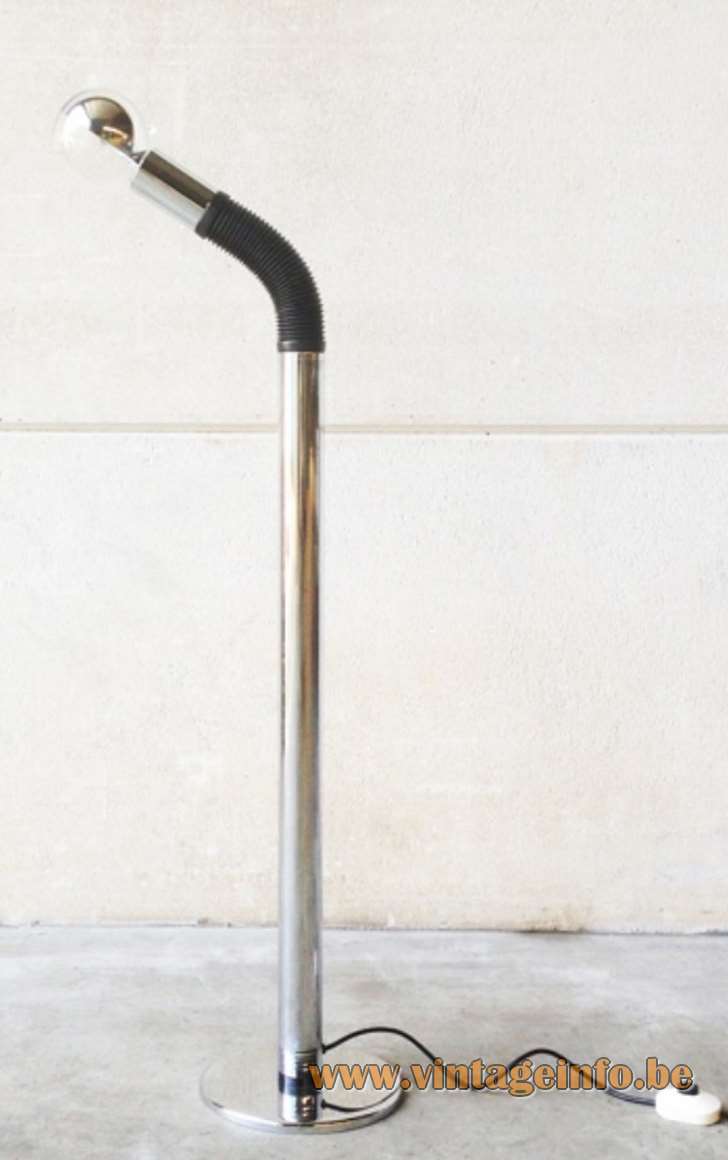