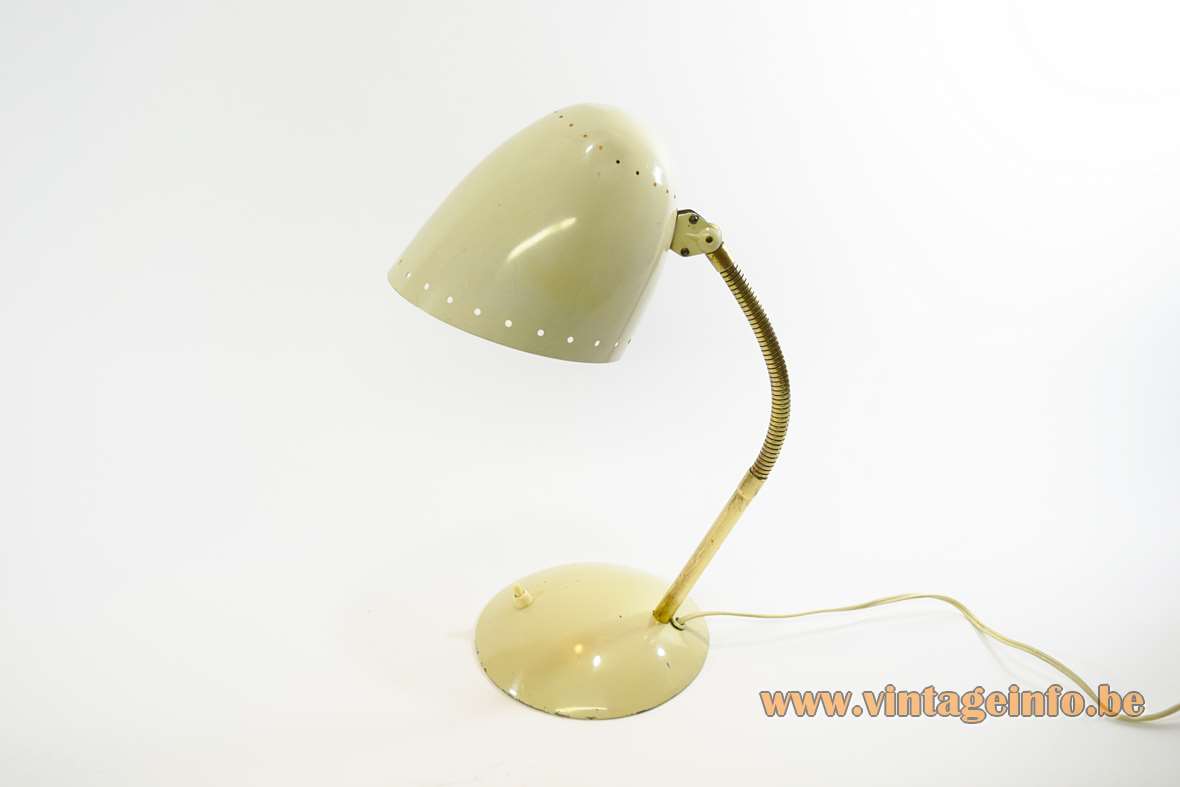 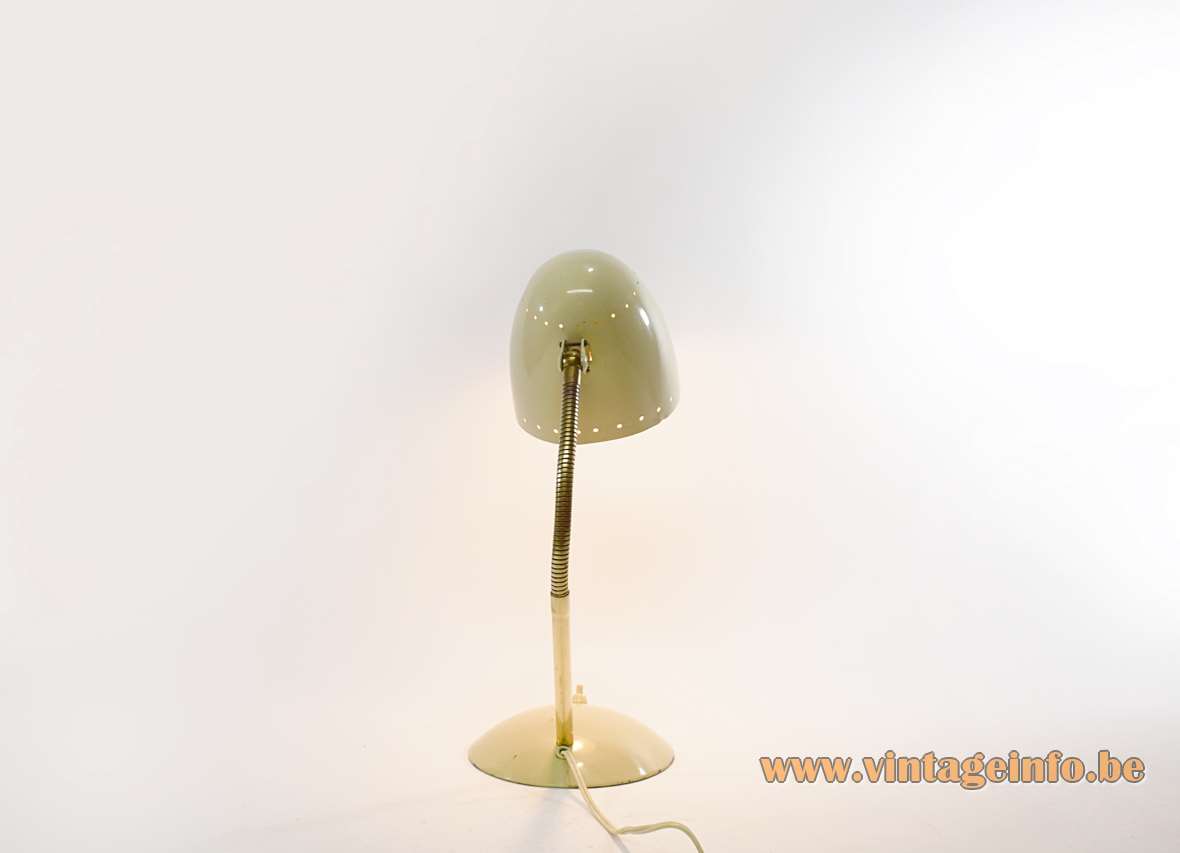 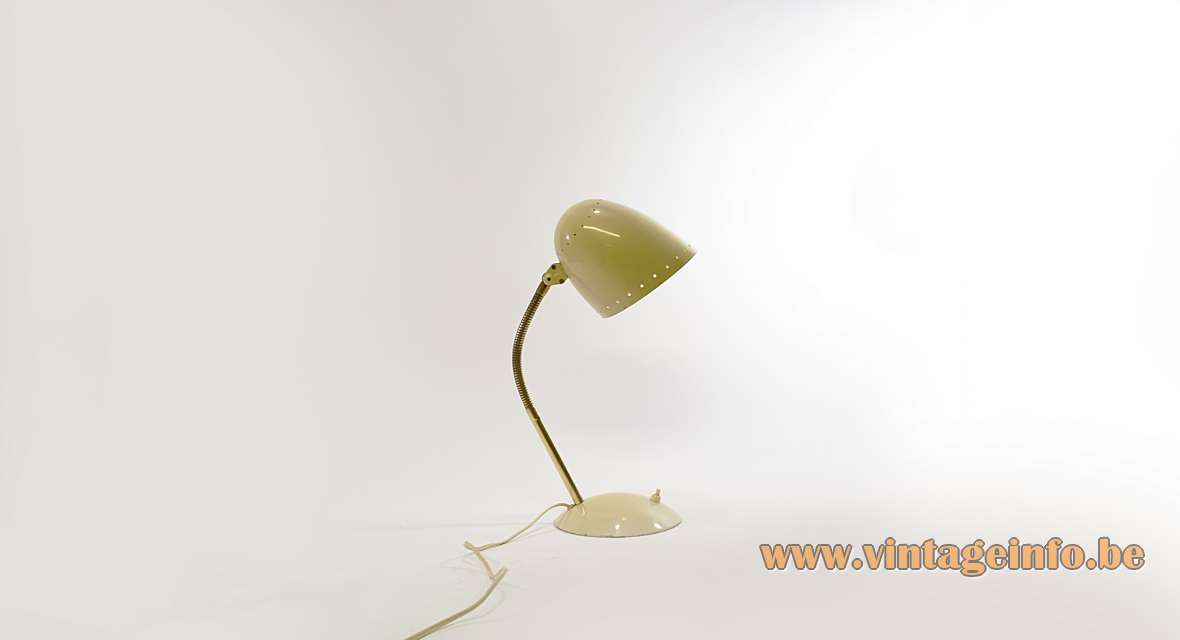 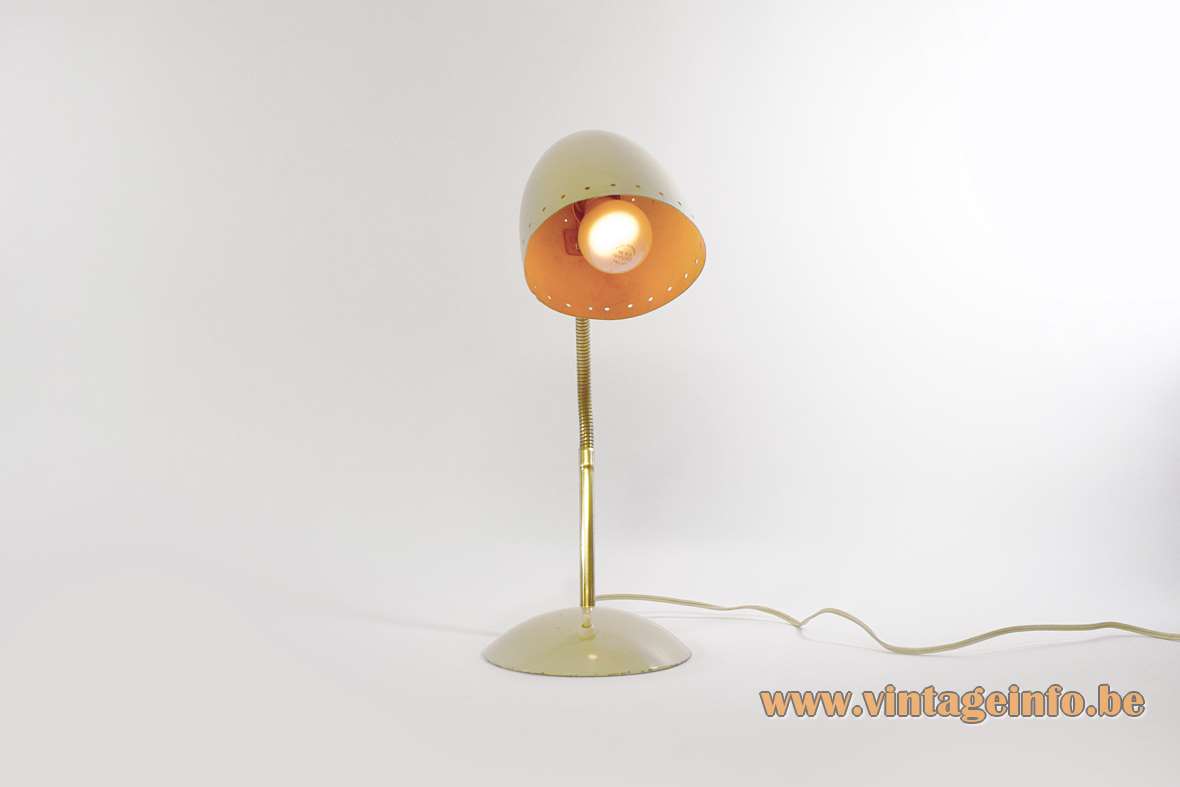 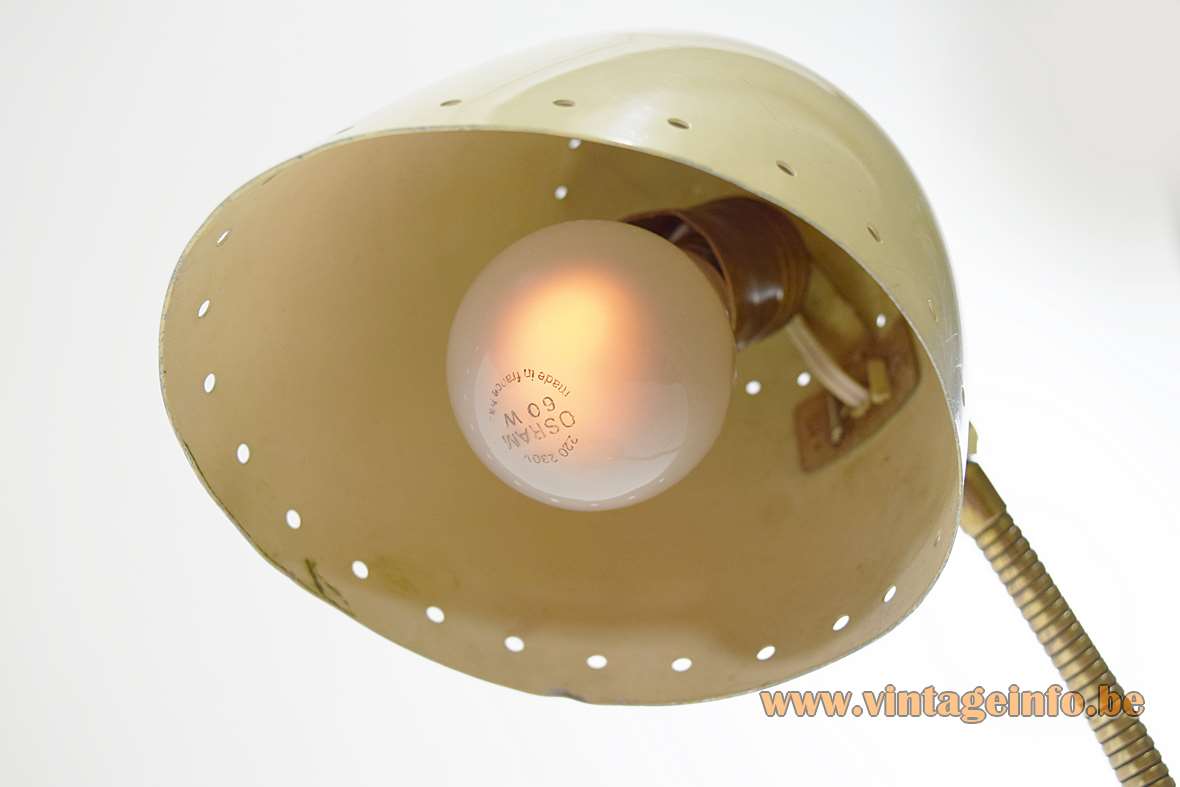 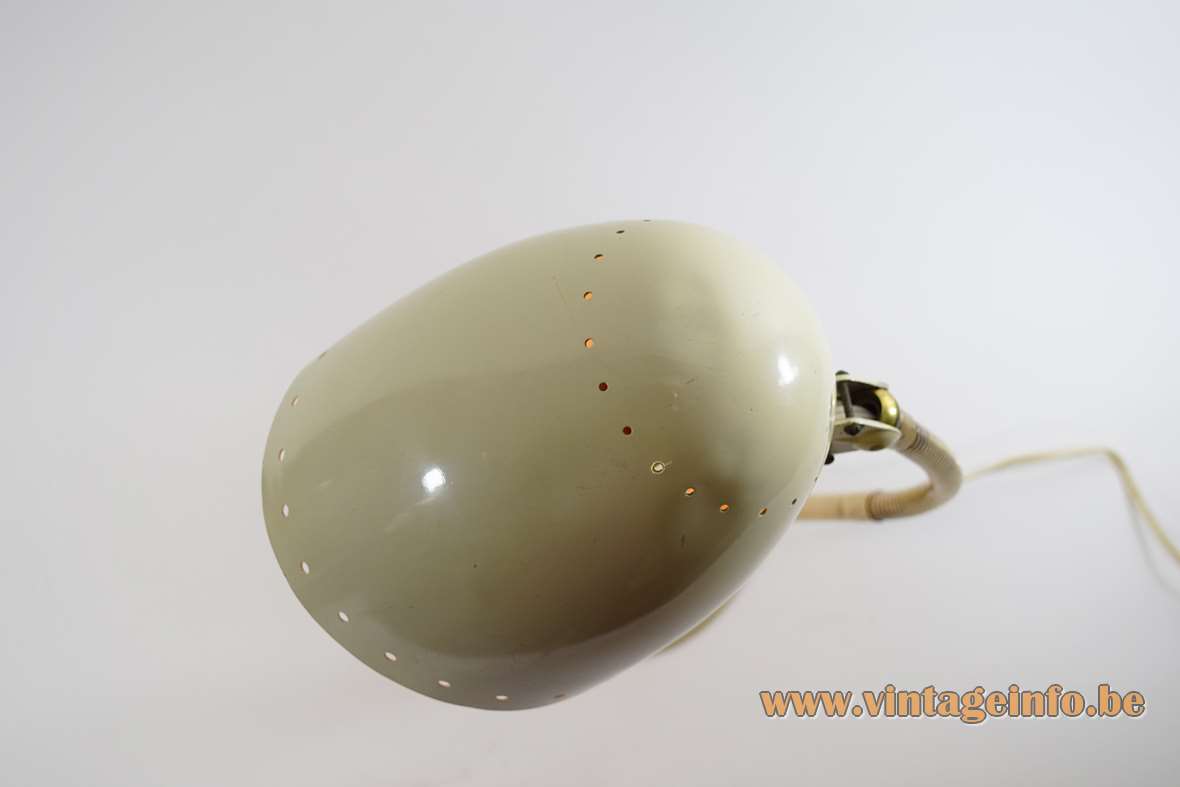 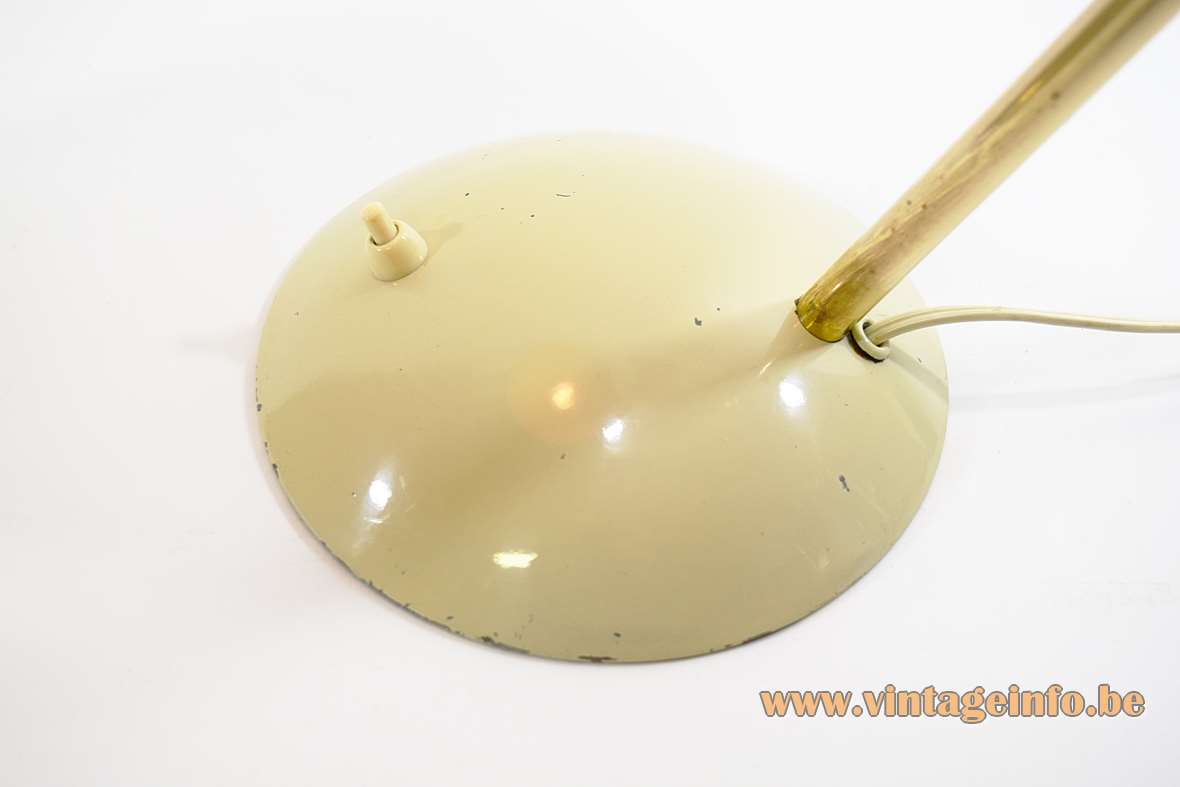 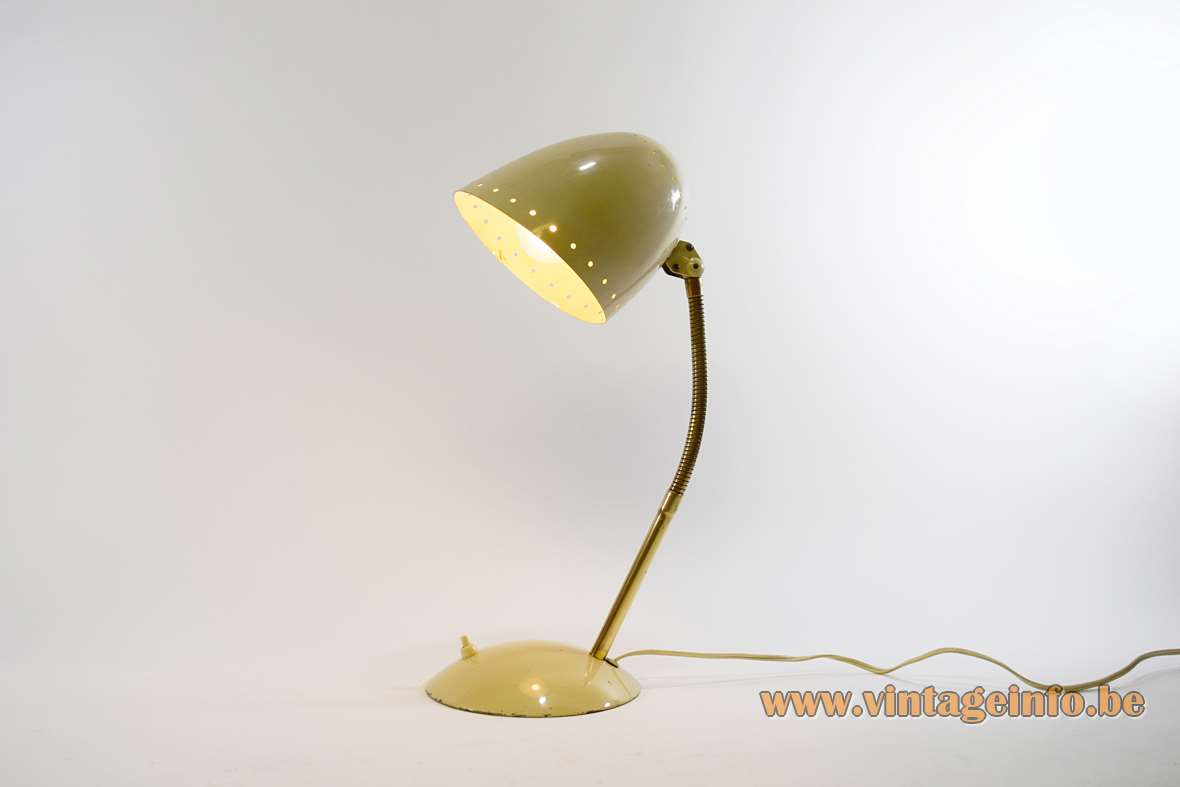 Other versions: This Kaiser Idell desk lamp was also made in black.

Christian Dell designed many “Idell” lamps for Kaiser Leuchten. The term “Idell” is a reference to the word idea and his surname, Dell.

This Kaiser Idell desk lamp or work lamp has a recess in the back of the base and can be used as a wall lamp.

Gebr. Kaiser & Co. Leuchten KG, Lichttechnische Spezialfabrik, Neheim-Hüsten was founded by Hermann Kaiser who came to Neheim as a worker from Heddinghausen. With a brother and a participant, he became self-employed in 1895.