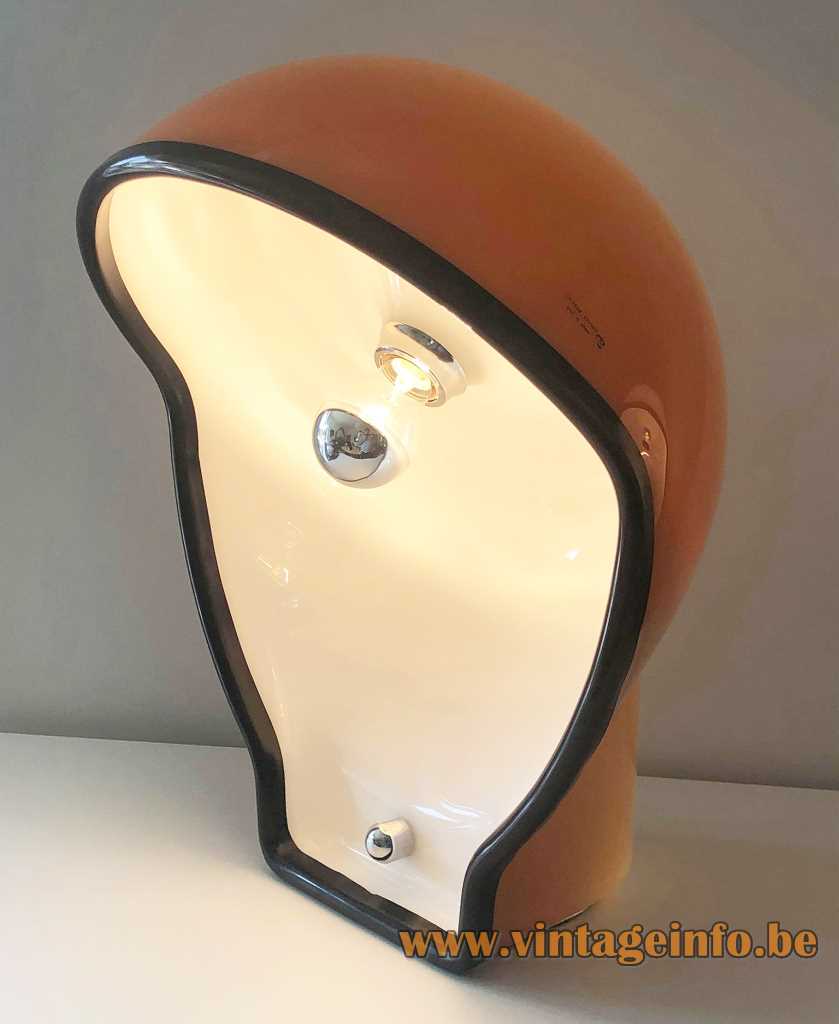 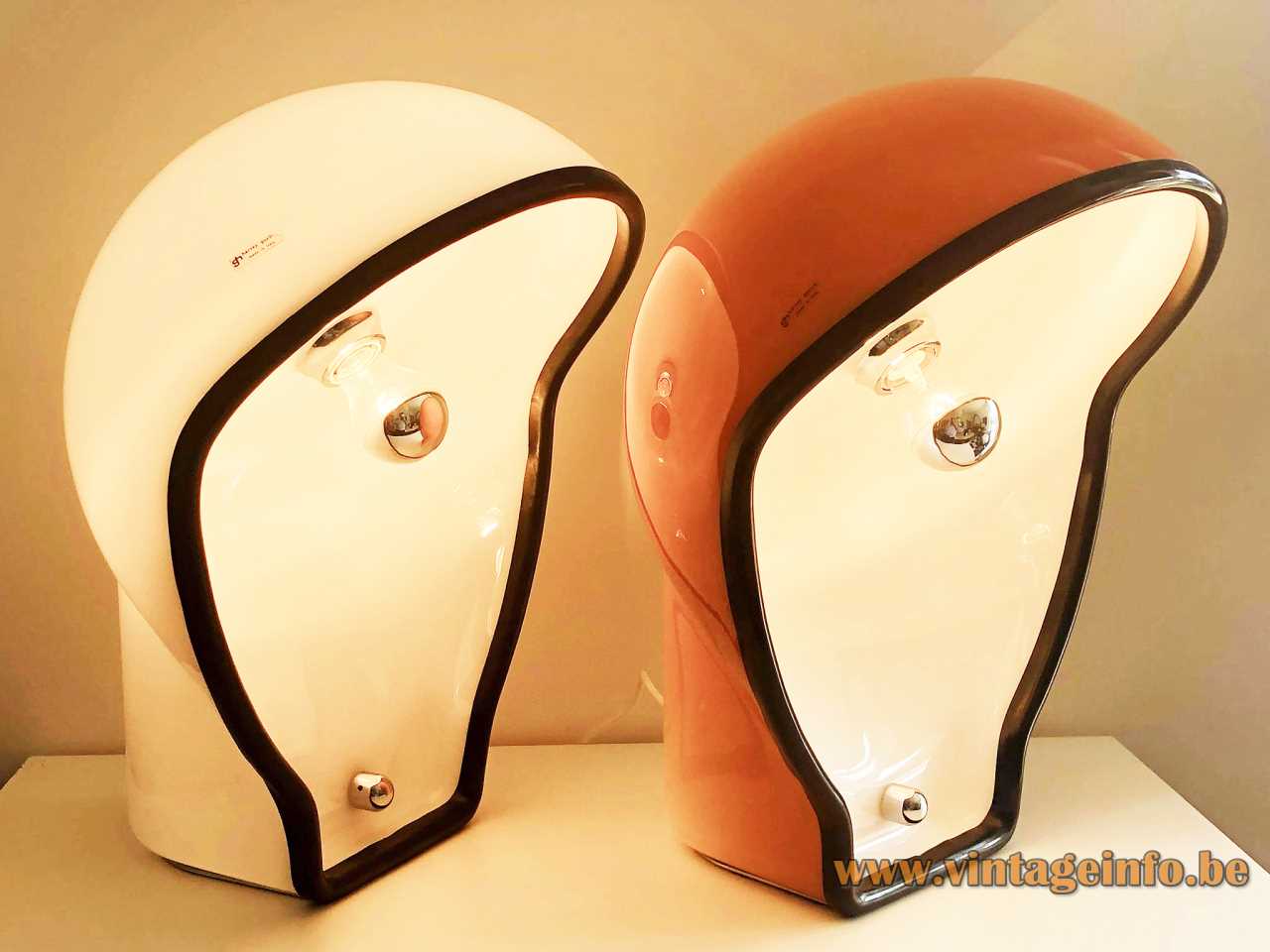 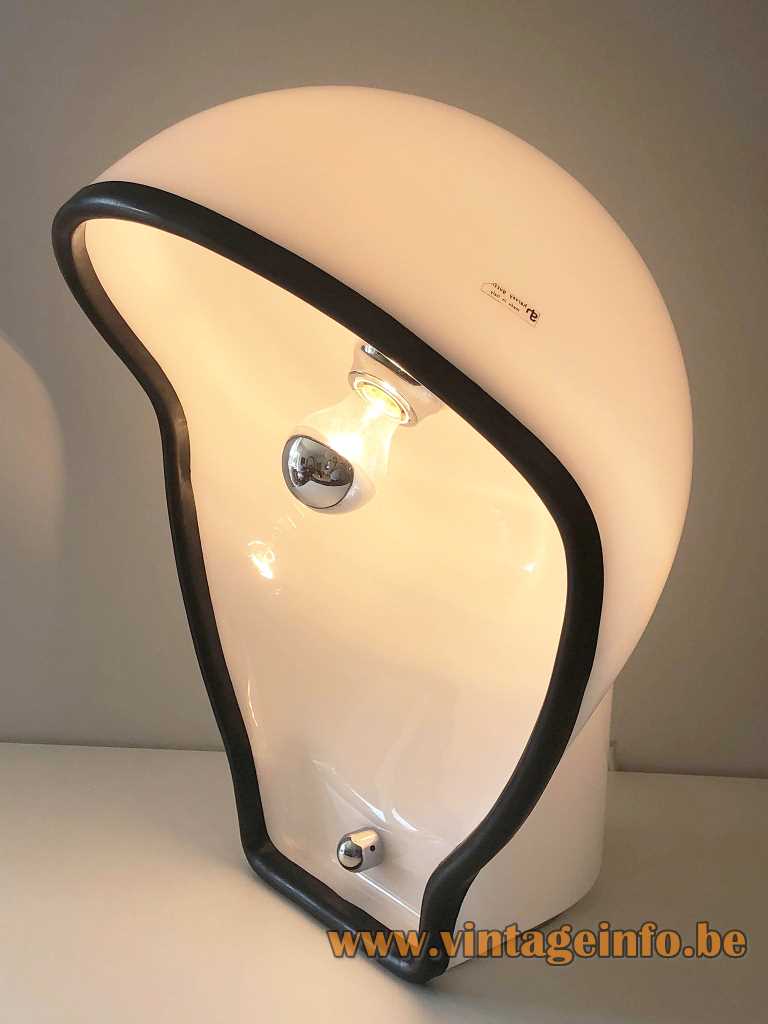 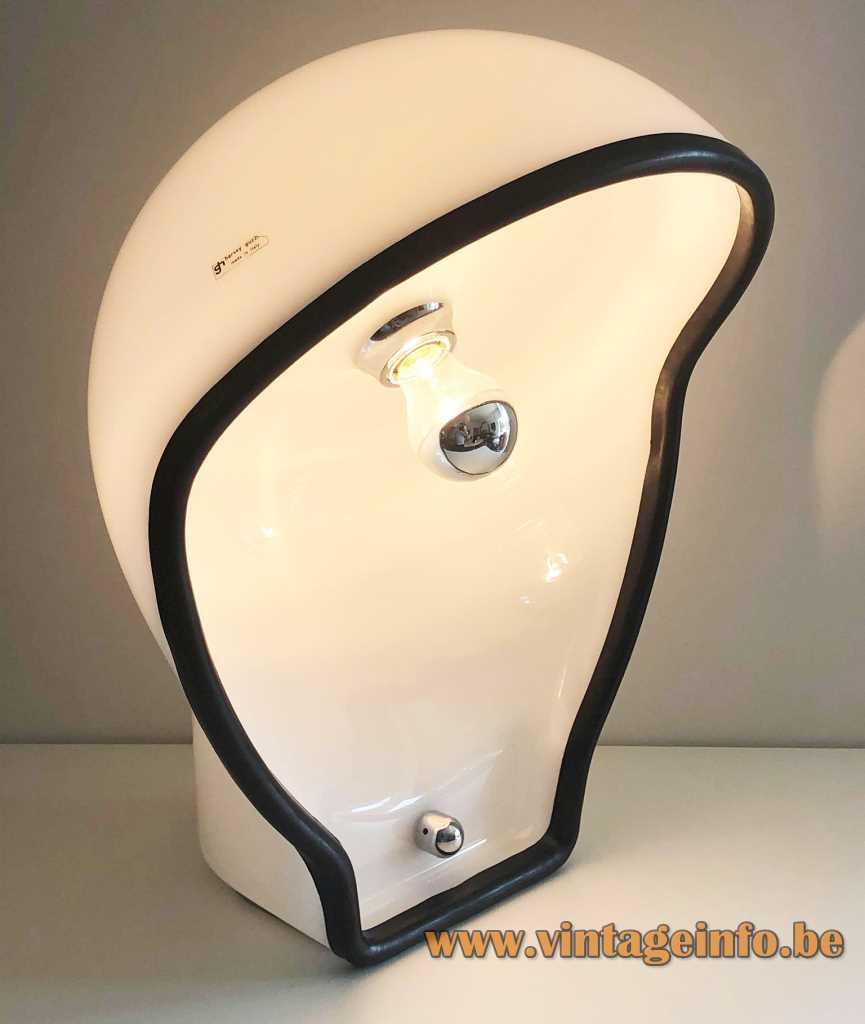 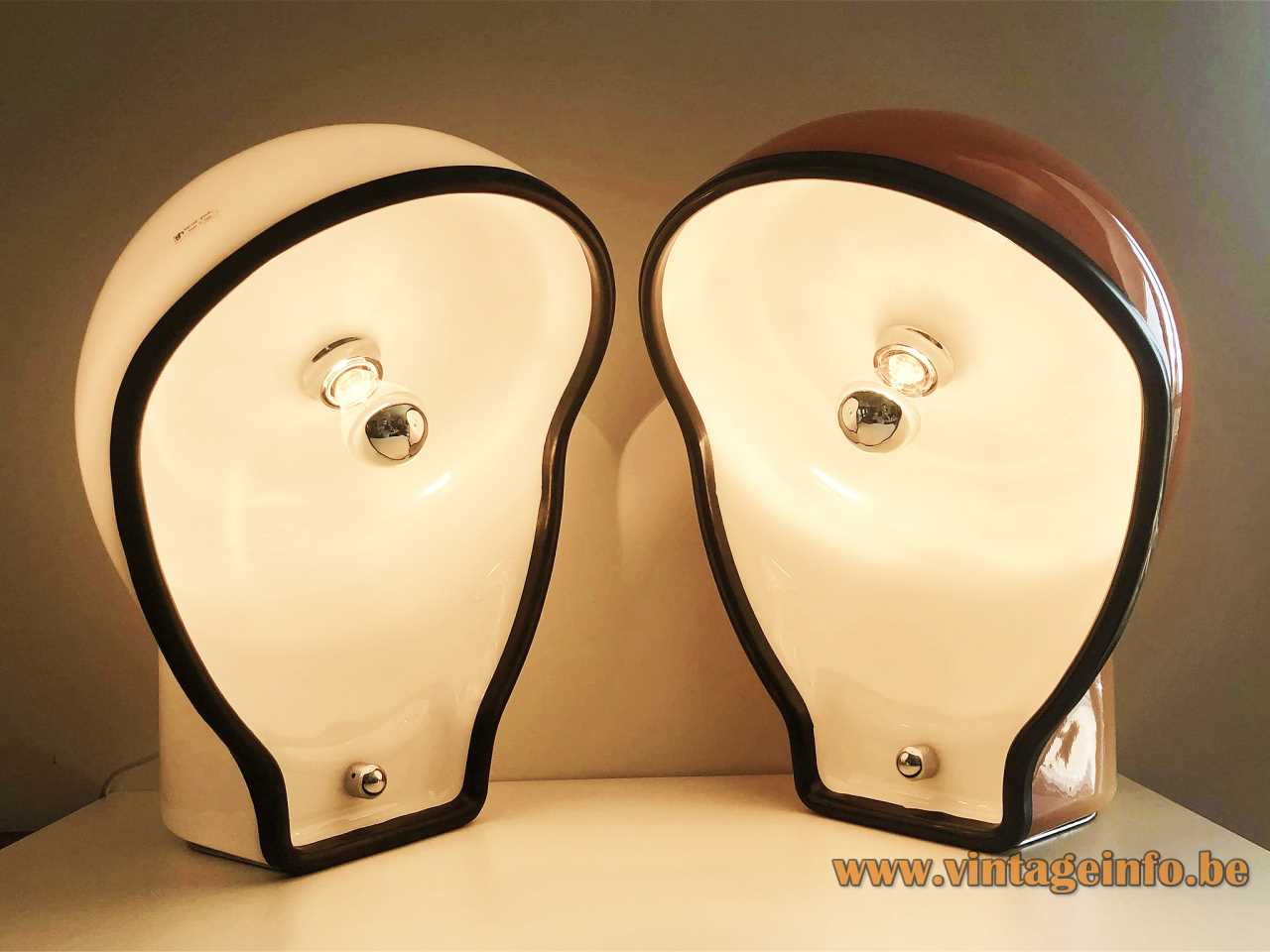 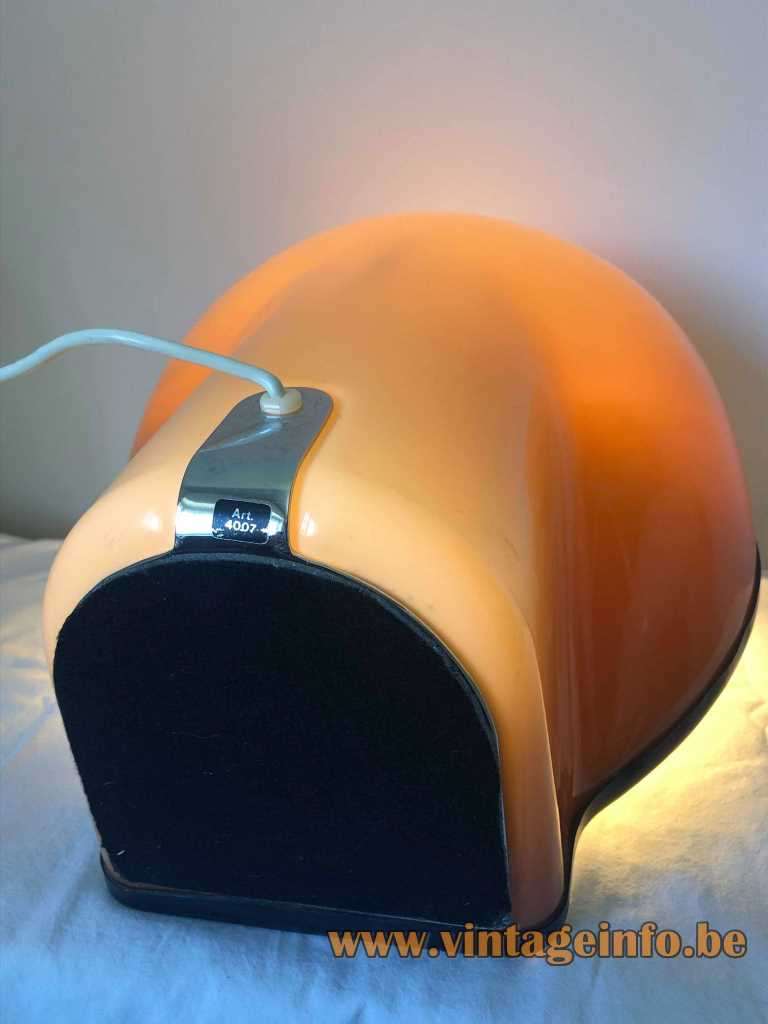 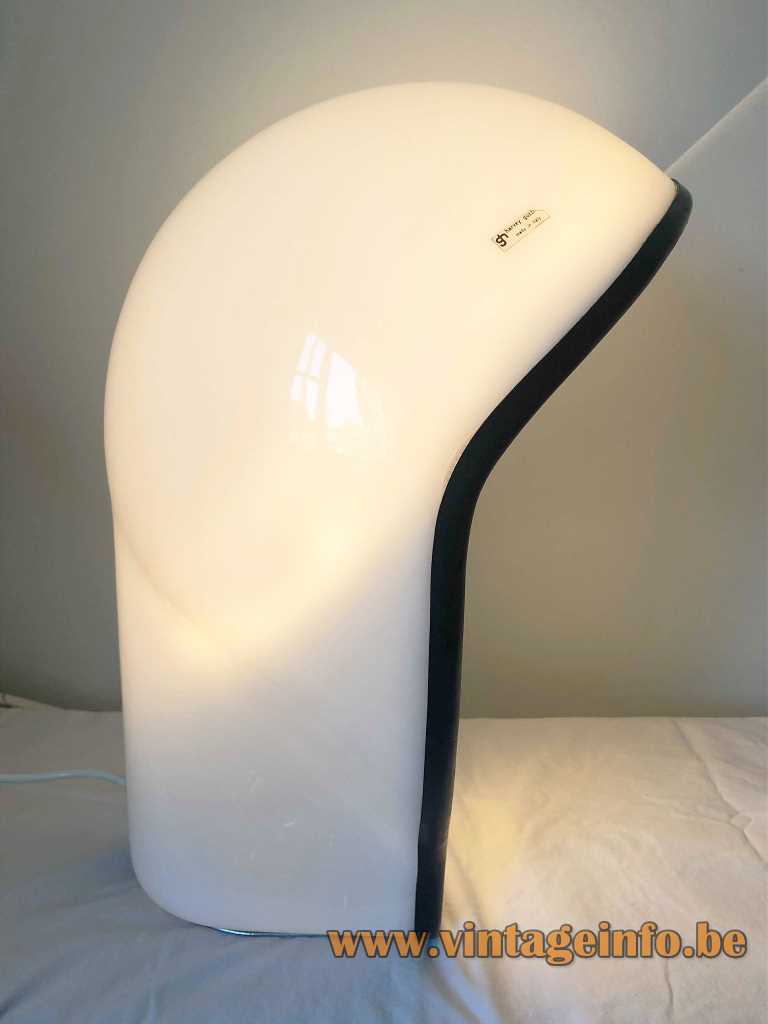 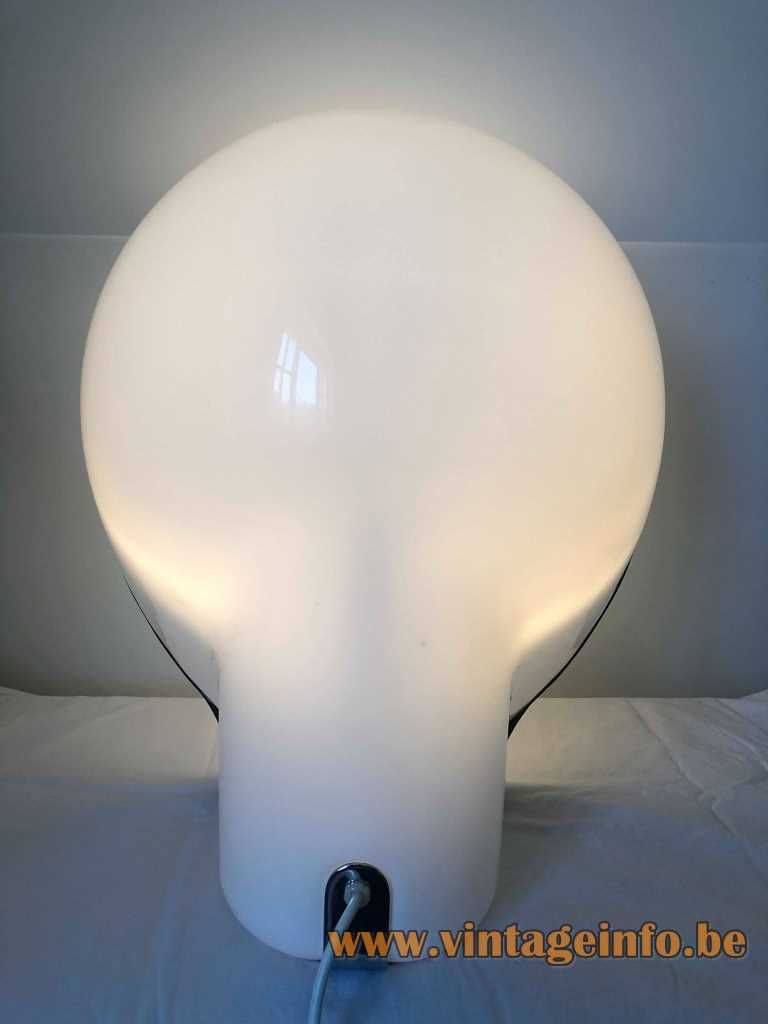 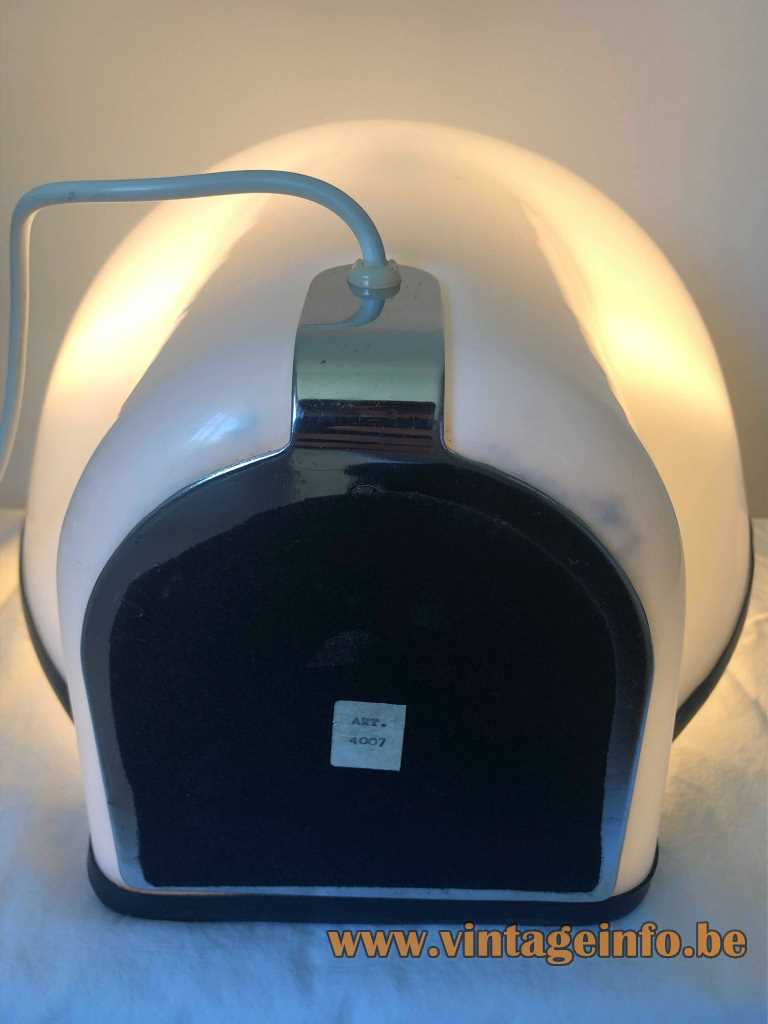 A Fabio Lenci Birghitta table lamp was used as a prop in the 1978 British film The Playbirds. Starring  Mary Millington, Alan Lake and Glynn Edwards. 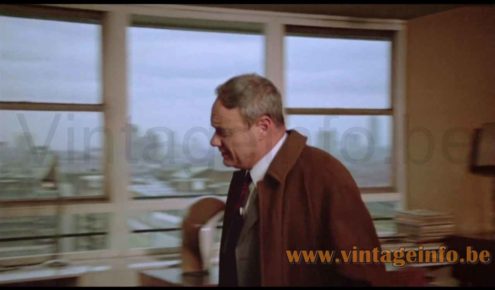 A Fabio Lenci Birghitta table lamp was used as a prop in the 1981 Canadian science-fiction horror film Scanners. Starring Jennifer O’Neill, Stephen Lack and Patrick McGoohan. Also a Harvey Guzzini Flash floor lamp appears in this movie, together with several other lamps. 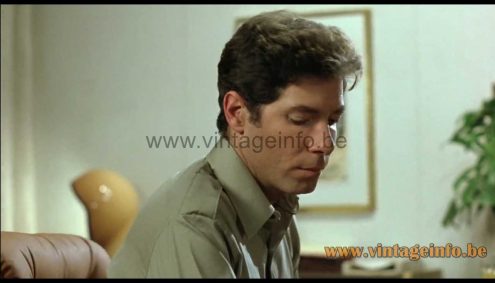 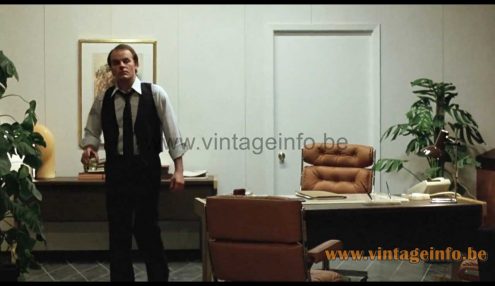 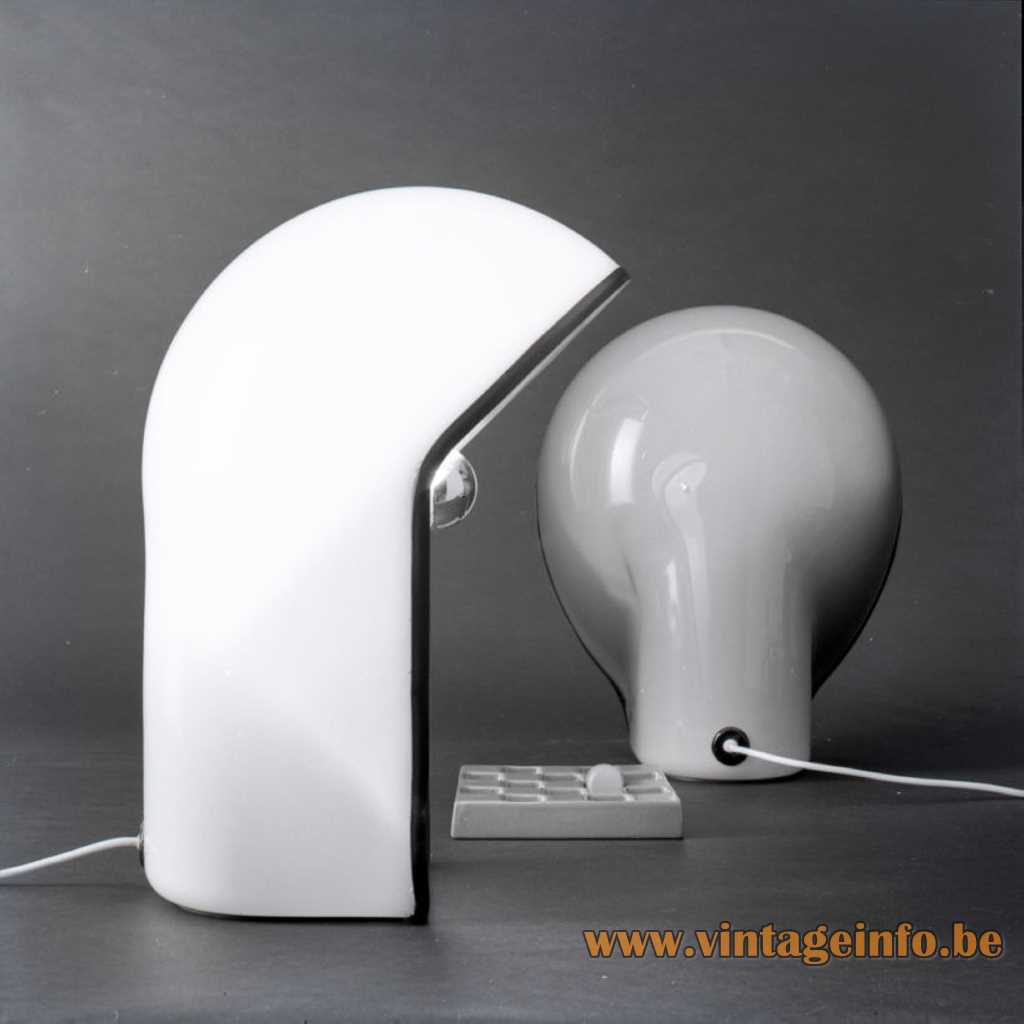 Materials: Brown thermoformed acrylic half round lampshade with a white layer on the inside. Black plastic rim. Some chrome parts. Black Bakelite E27 socket with a chrome ring.

Other versions: The Fabio Lenci Birghitta table lamp exists in brown and white. Pricing at that time was 46.000 lire, some 65 euro.

Fabio Lenci was born in Rome in 1935. His first awarded designs were kitchens in the early sixties. For Harvey Guzzini he designed the Focus lamp series, the Luciala lamp series, the Lampione floor lamp and the Birghitta table lamp, named after his wife. He also designed lamps for Zumtobel and Ilform.

iGuzzini illuminazione was established in June 1958 by Raimondo Guzzini (born 1928) under the name Harvey. Harvey is derived from the famous movie ‘Harvey’ with James Stuart and the invisible rabbit Harvey from 1950.
The initial production of enamelled copper objects was supplemented by decorative luminaires.
In the early sixties it became a family business when his 5 brothers joined the company.

In 1962 Luigi Massoni was attracted to lead the design team. He worked for Fratelli Guzzini and Harvey Guzzini until 1976. Luigi Massoni designed many iconic lamps in that period. They are on display here on Vintageinfo.

Fabio Lenci Birghitta table lamp together with the Fiona and  Sorella desk lamps and a Full ashtray in a 1972 catalogue photo.
Designs by Fabio Lenci, Luigi Massoni and Studio 6G. 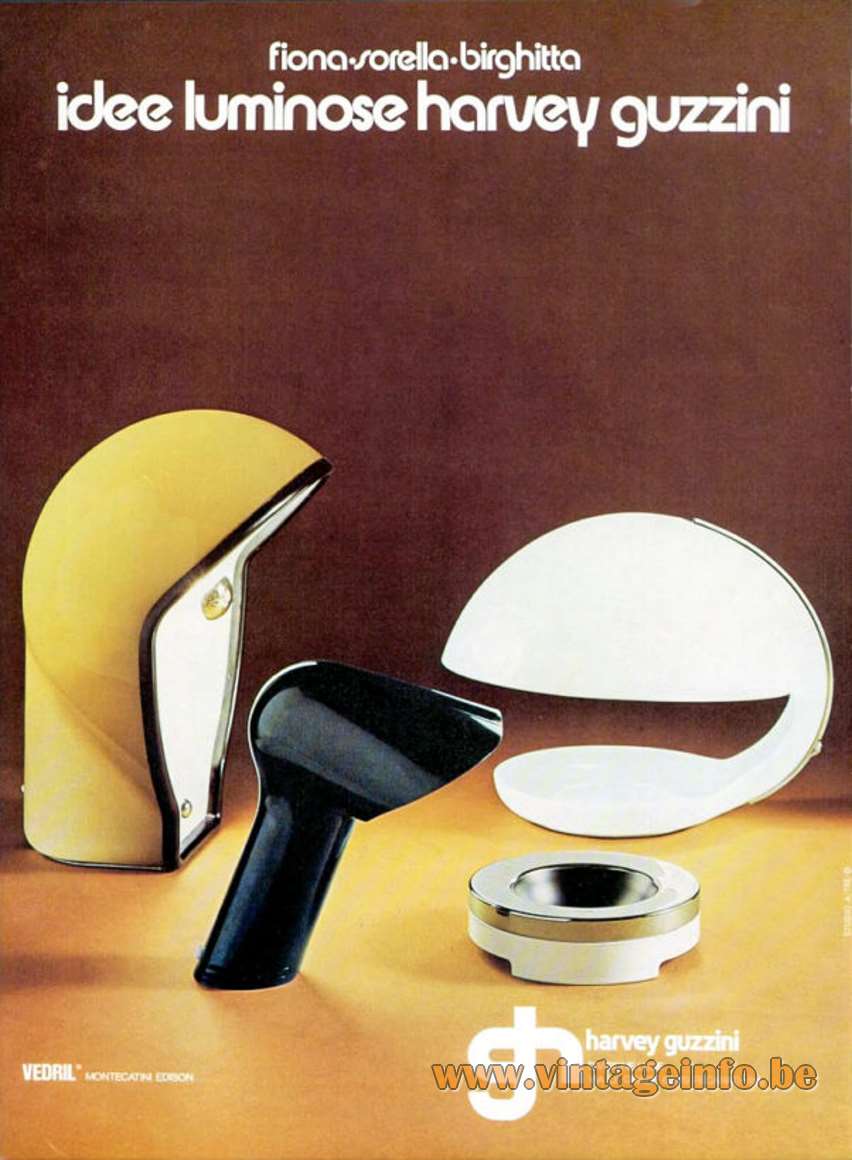