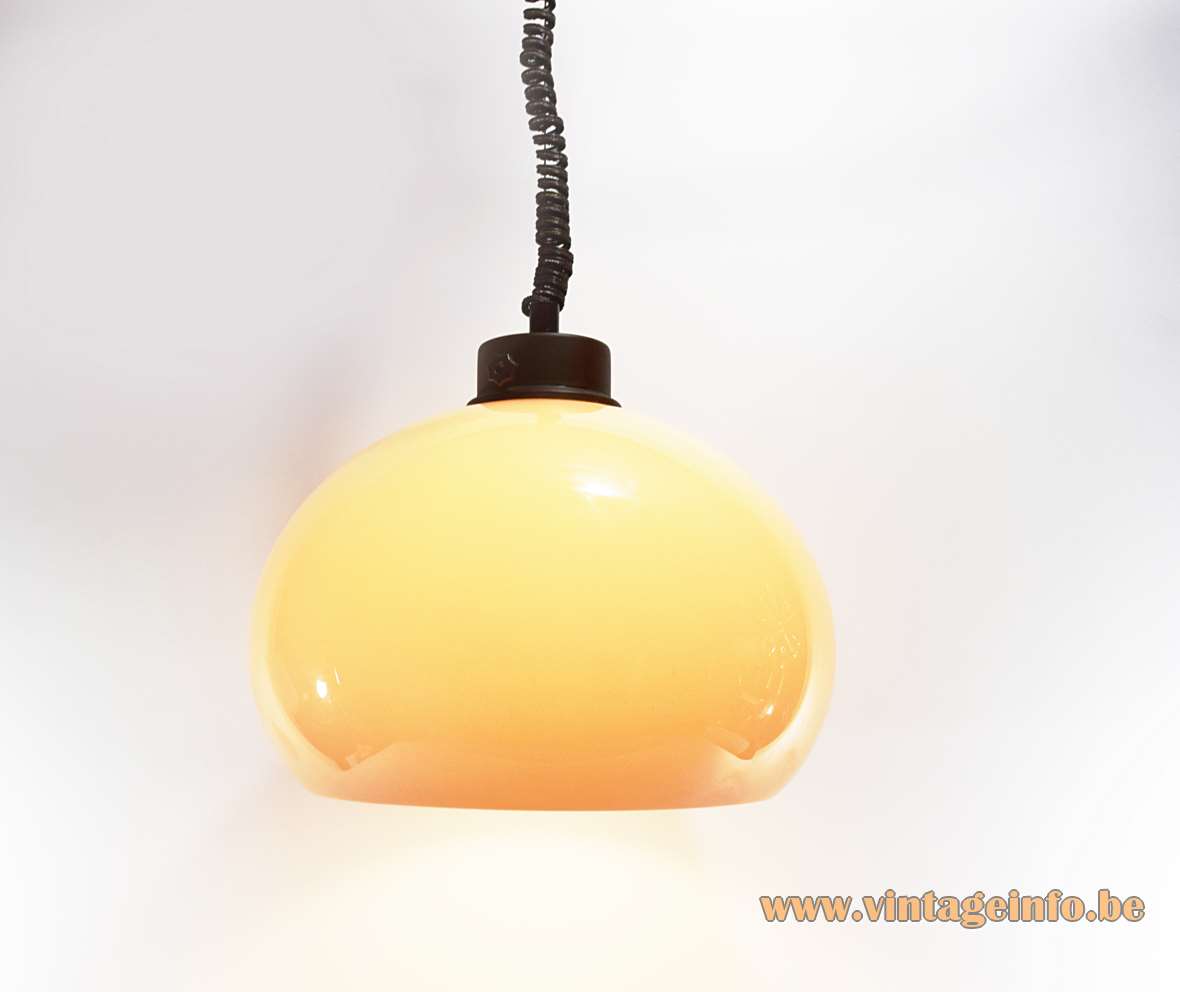 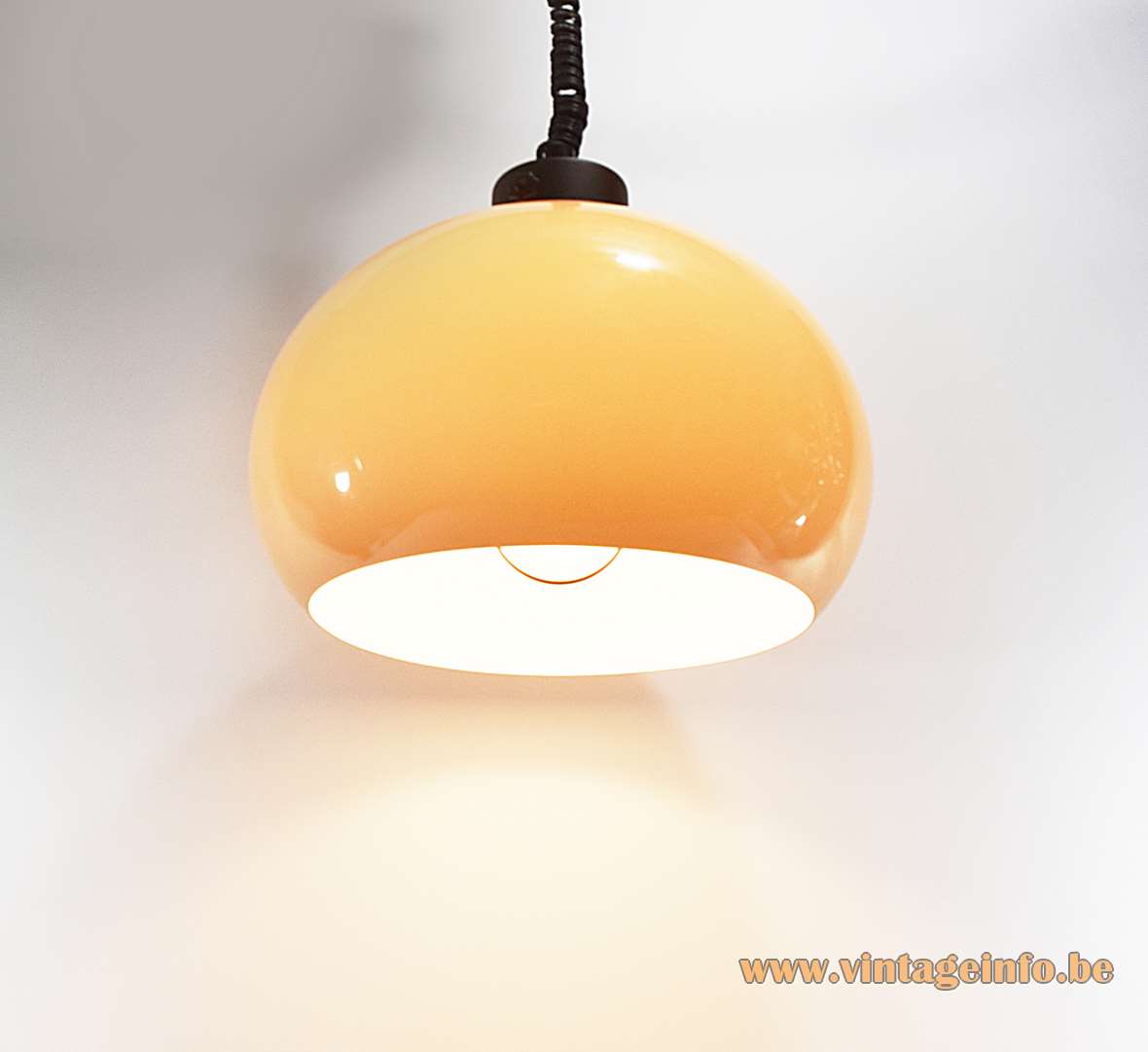 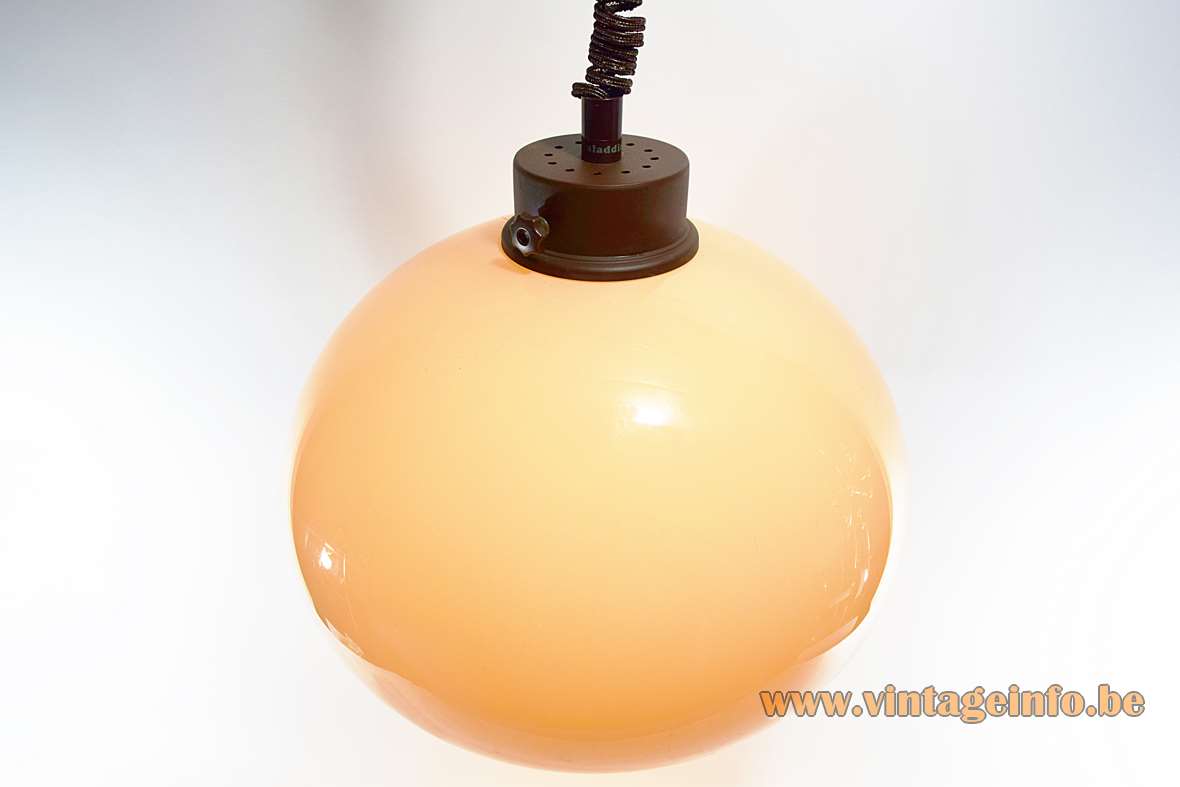 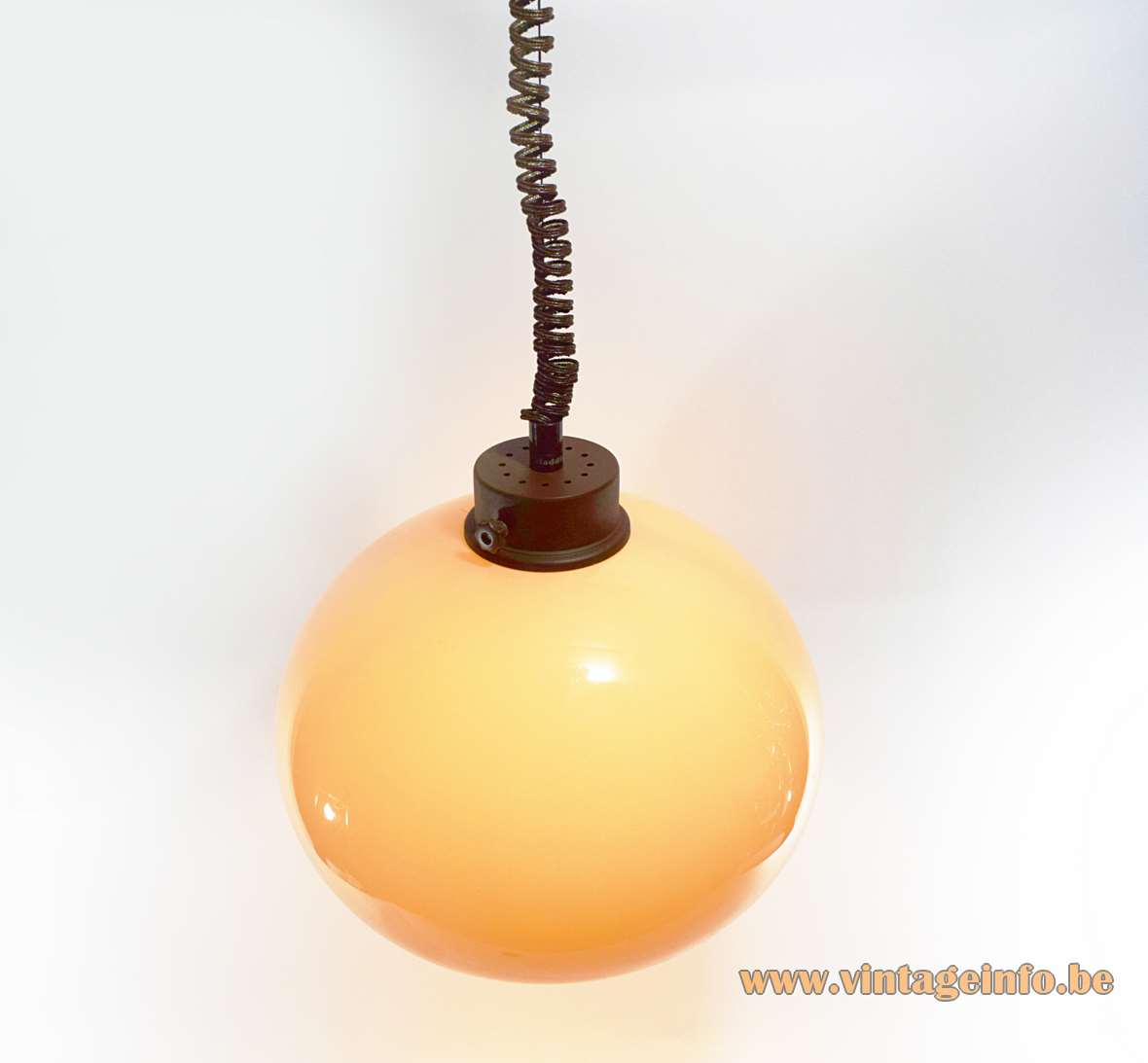 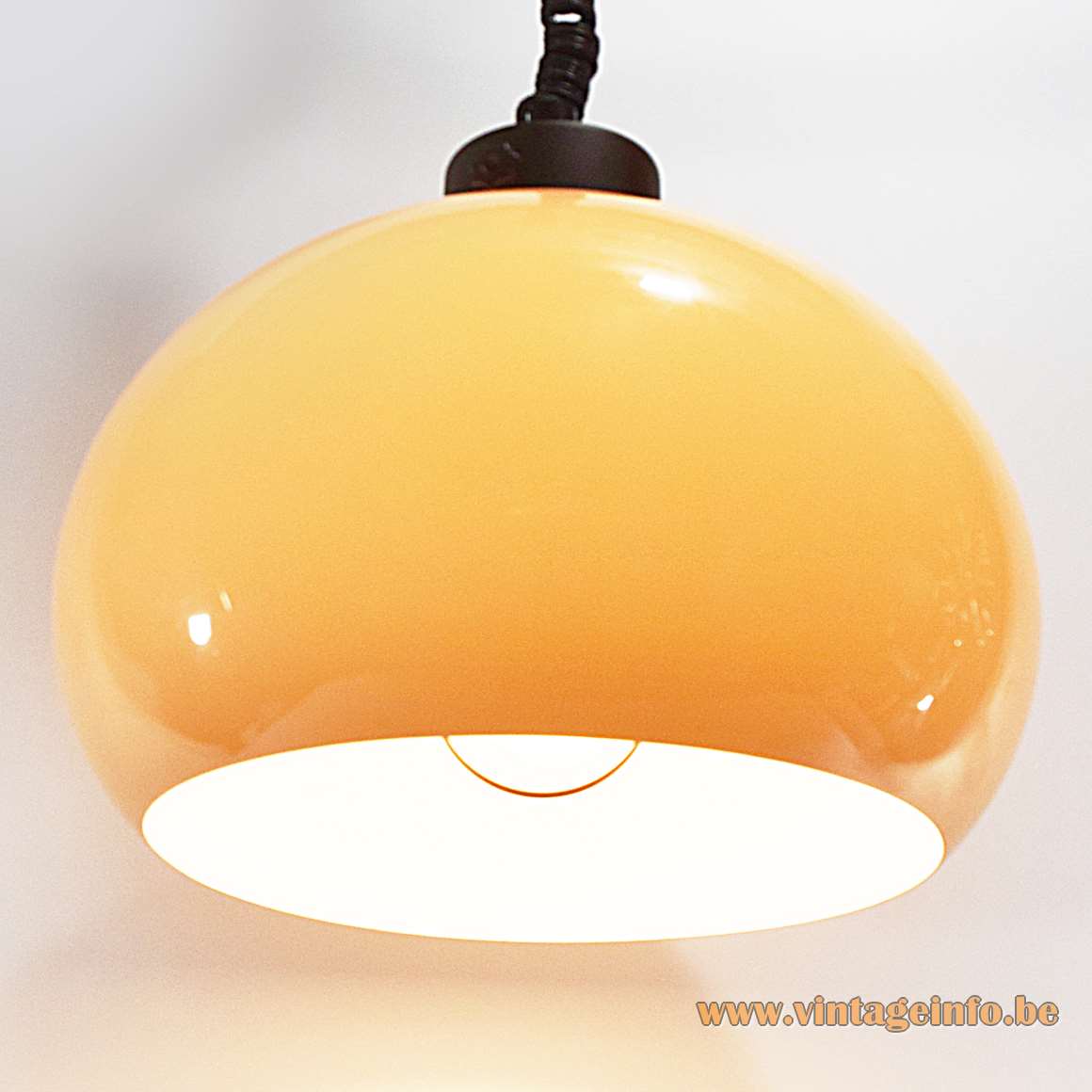 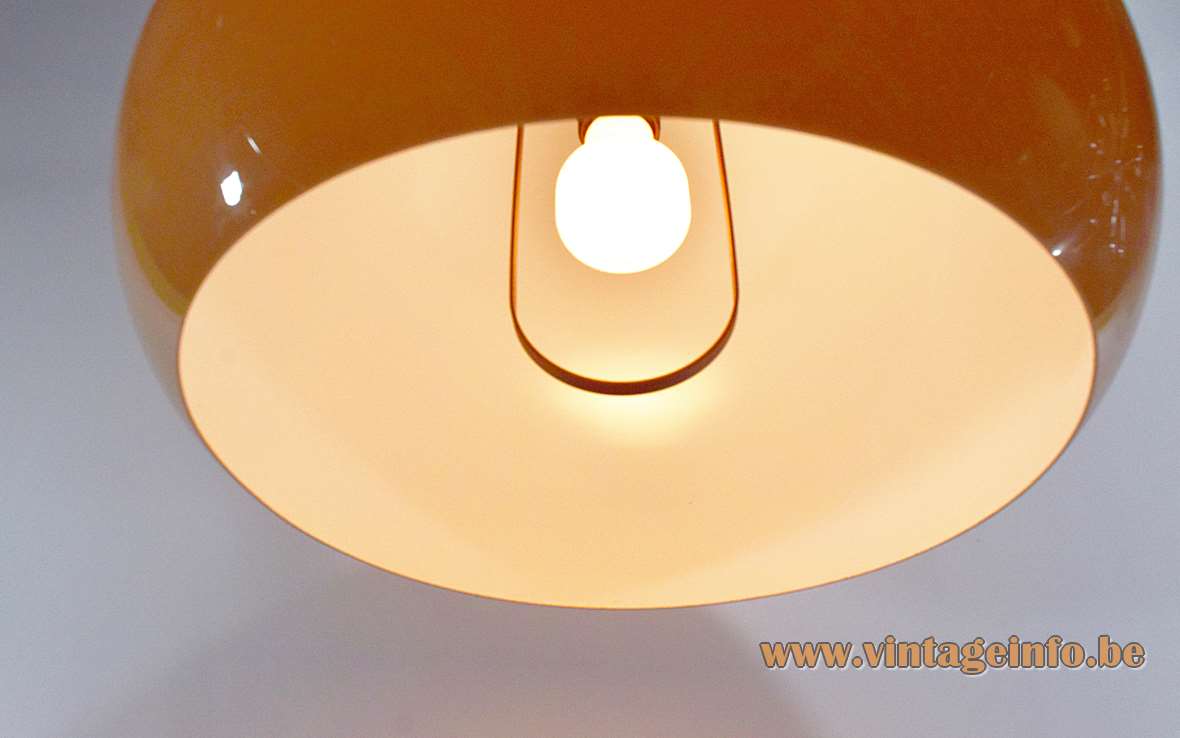 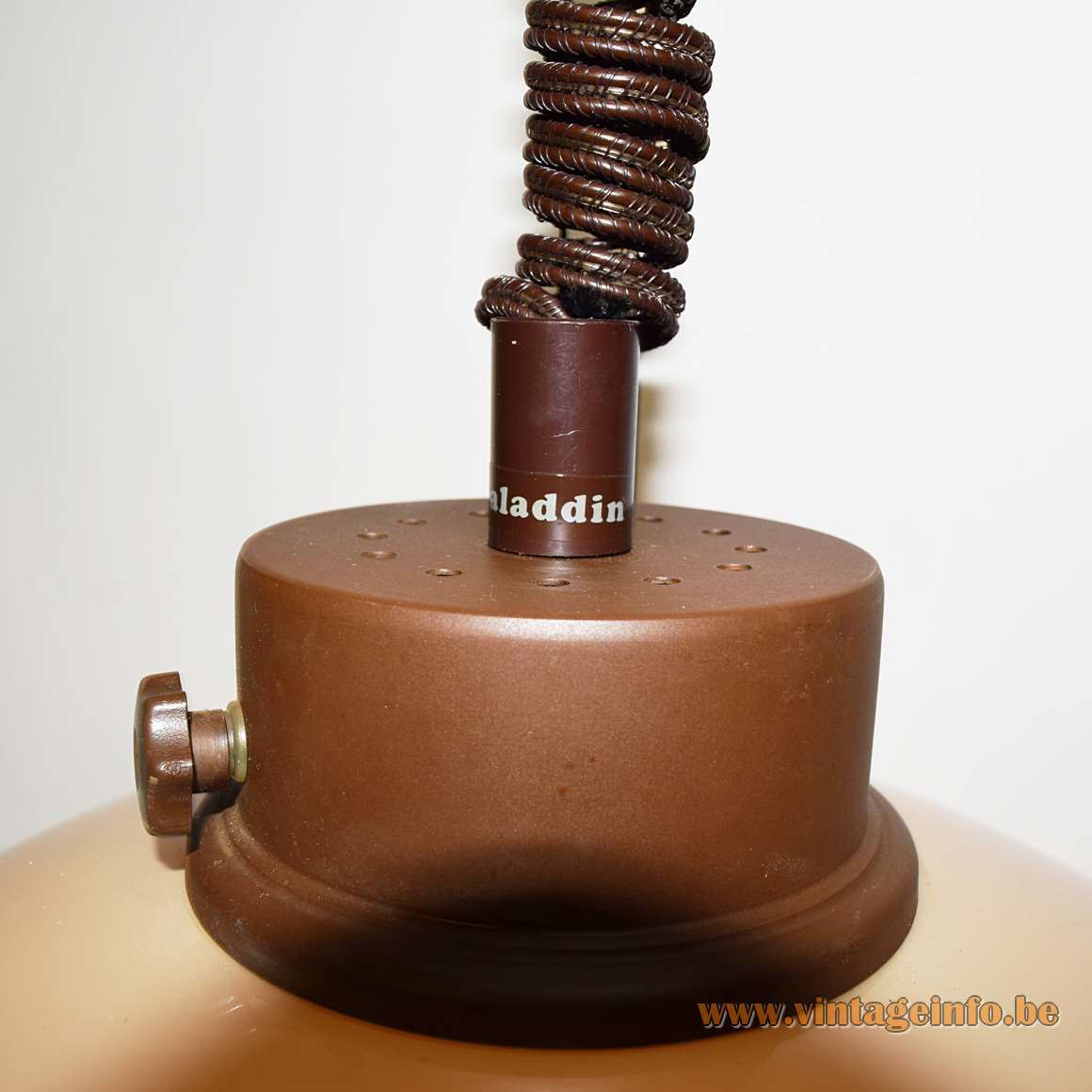 Materials: Light brown acrylic globe lampshade with a white layer of white acrylic on the inside. Dark brown plastic lid on top with a built-in dimmer. Bakelite E27 socket.

Other versions: This Dijkstra Aladdin pendant lamp was made in 1 version. A different colour or size has never been spotted. Maybe it was also sold without the rise & fall mechanism.

This Dijkstra Aladdin pendant lamp has an Italian rise & fall mechanism made by the Rolly company and has no date on it. So it must be from the late 1970s because older mechanisms all have a date stamp. This pendant lamp has a dimmer built in on top of the lampshade. The sticker Aladdin is still present.

Made in the style of the Italian Harvey Guzzini lamps from that period, but the plastic is thinner and made different. The brown is another type of brown and gives a different light as we can see for example by the Bud, Flash, Clan or Brumbry.

Some other Dijkstra lamps in this style 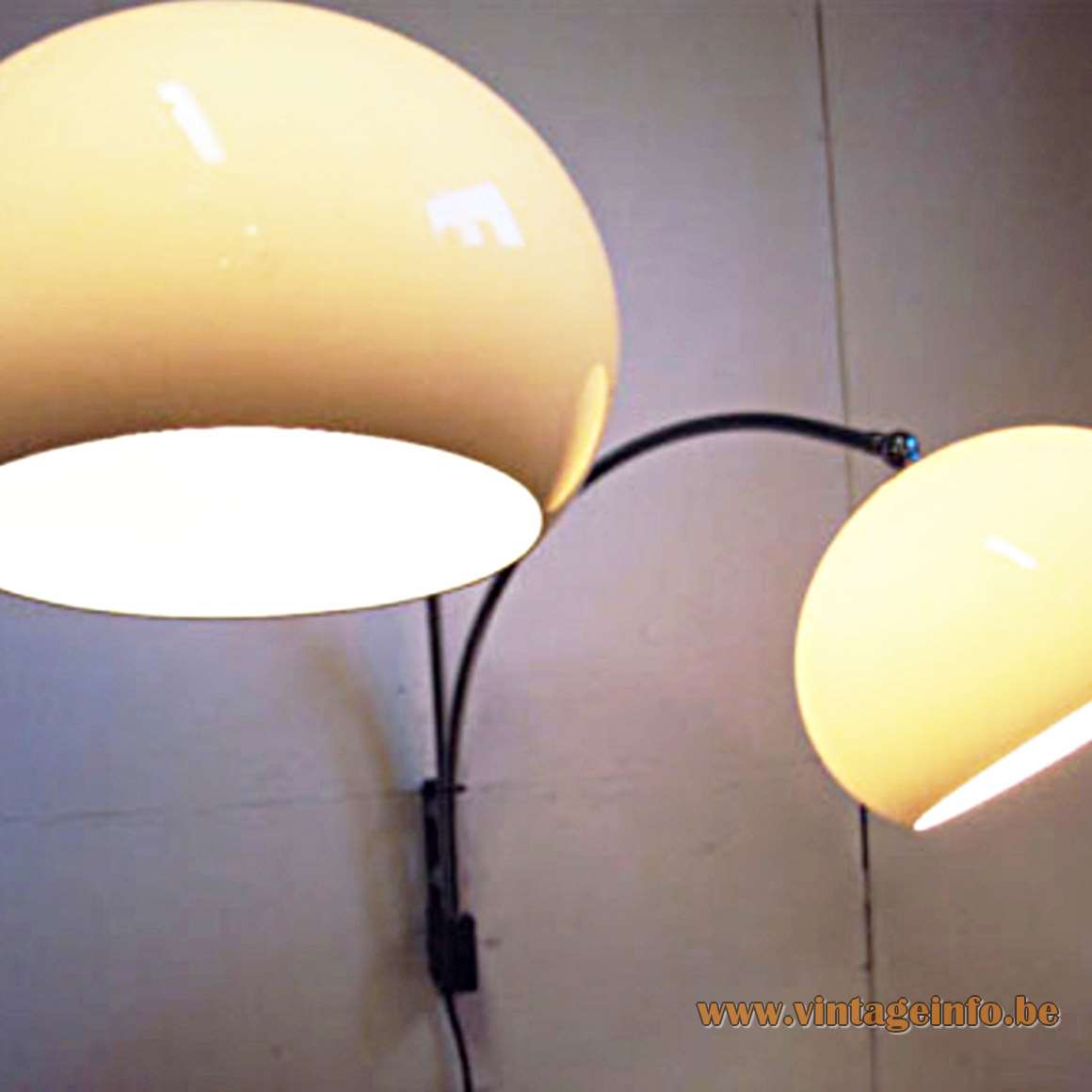 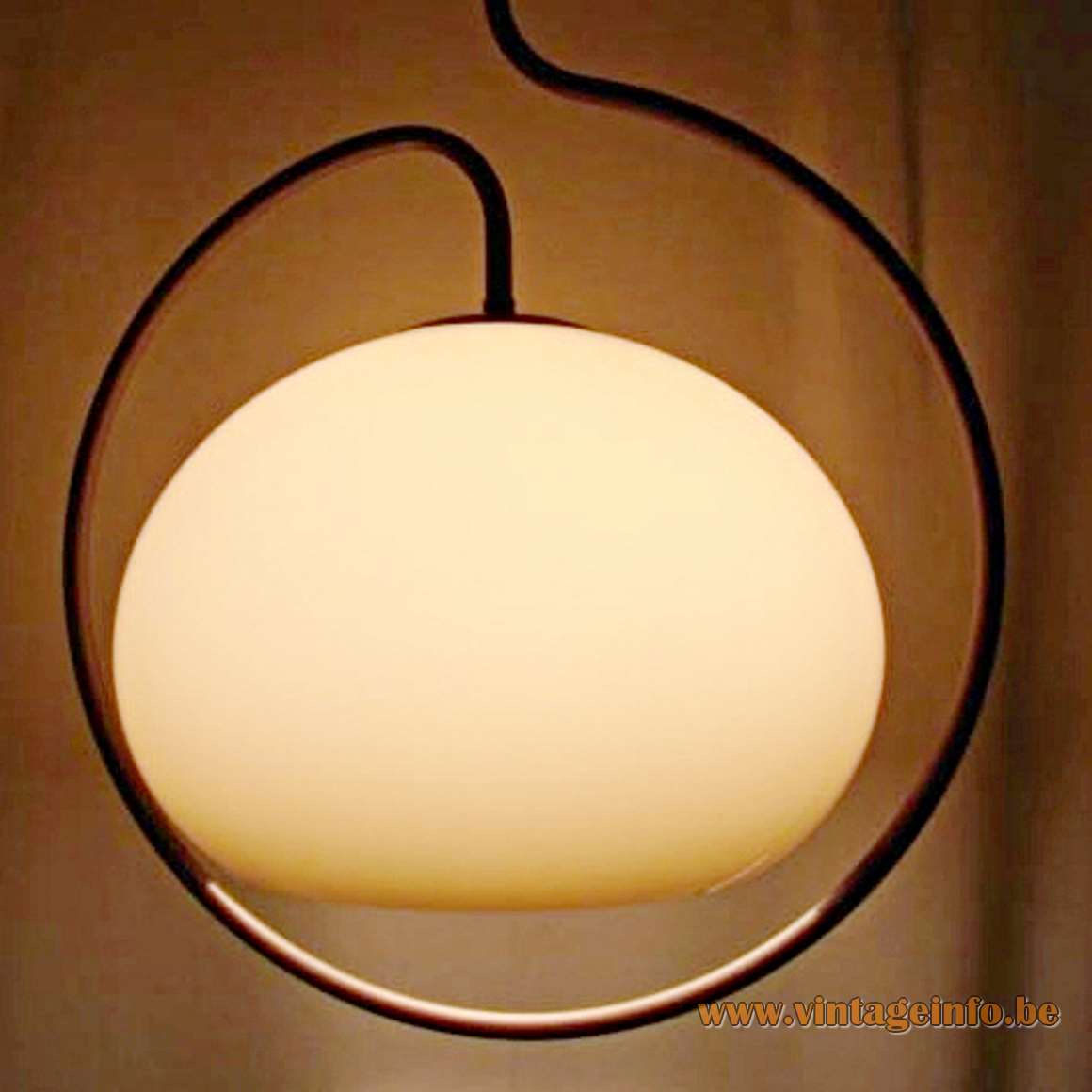