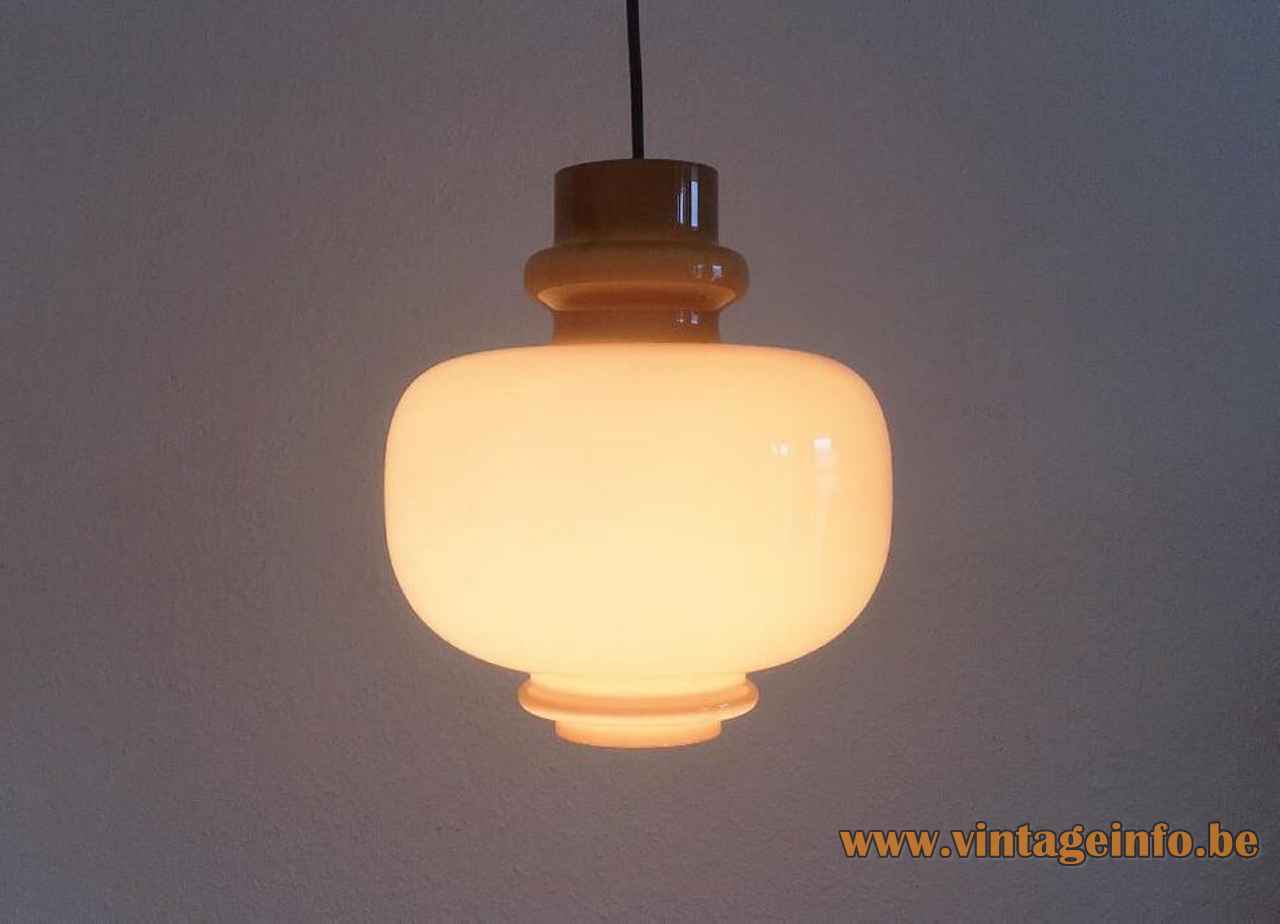 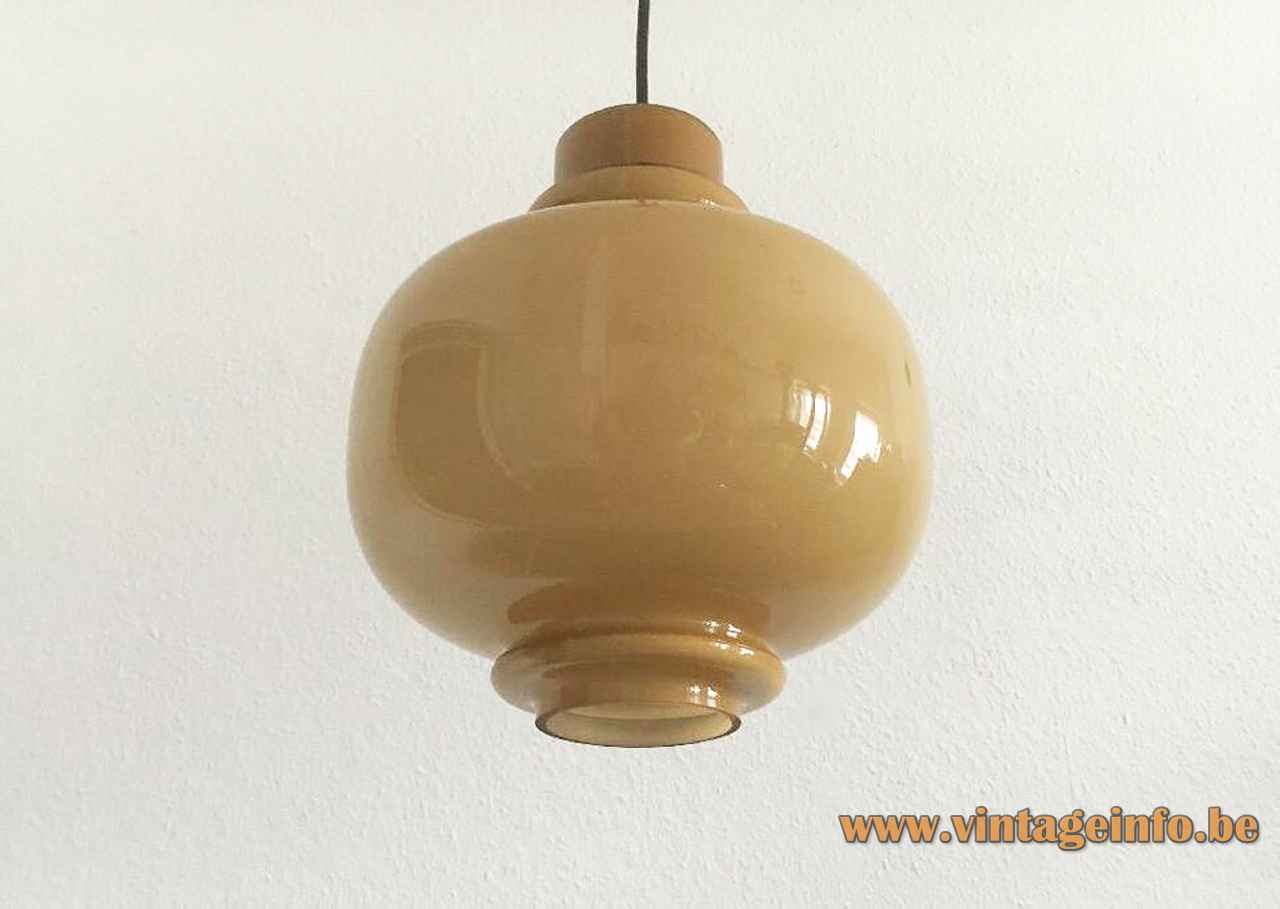 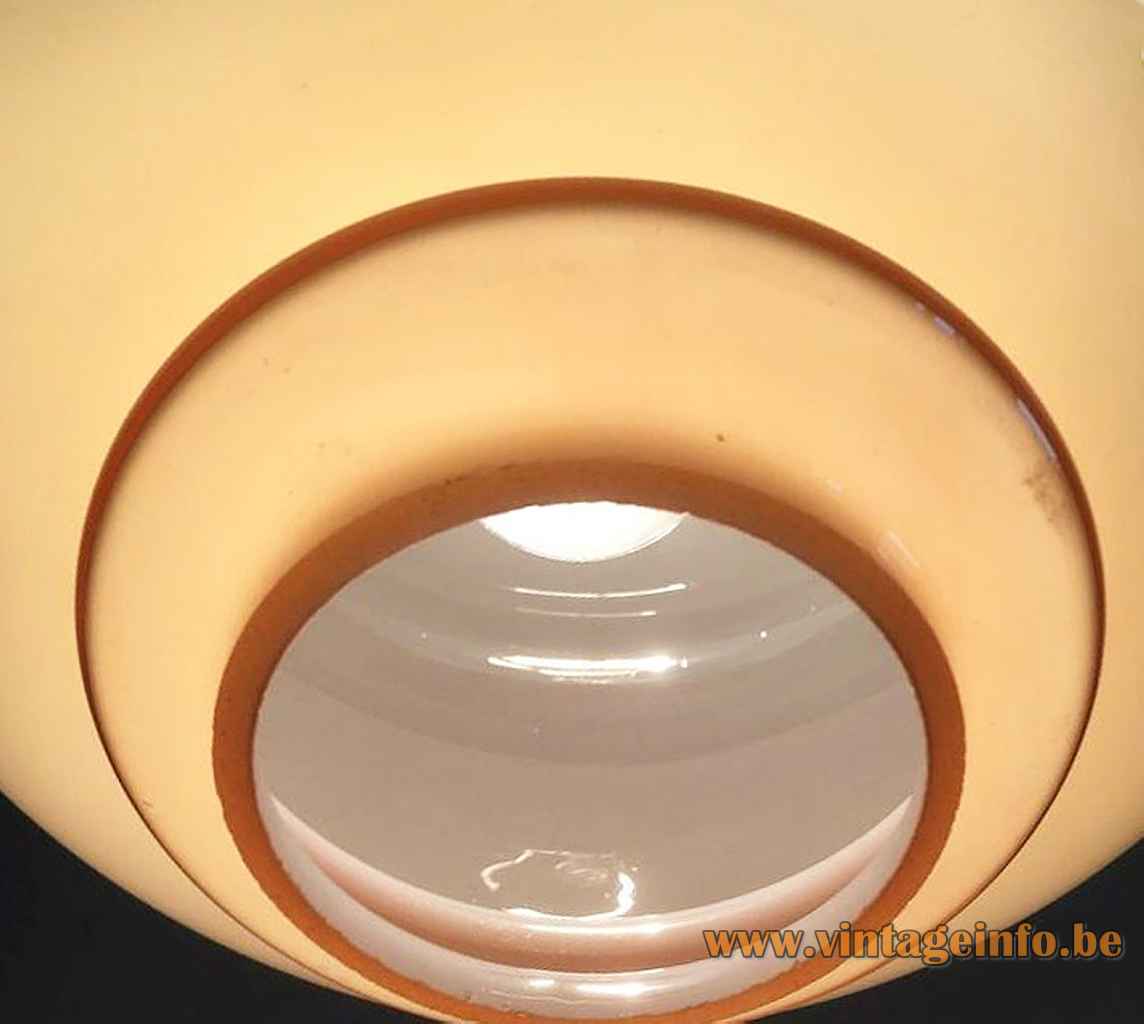 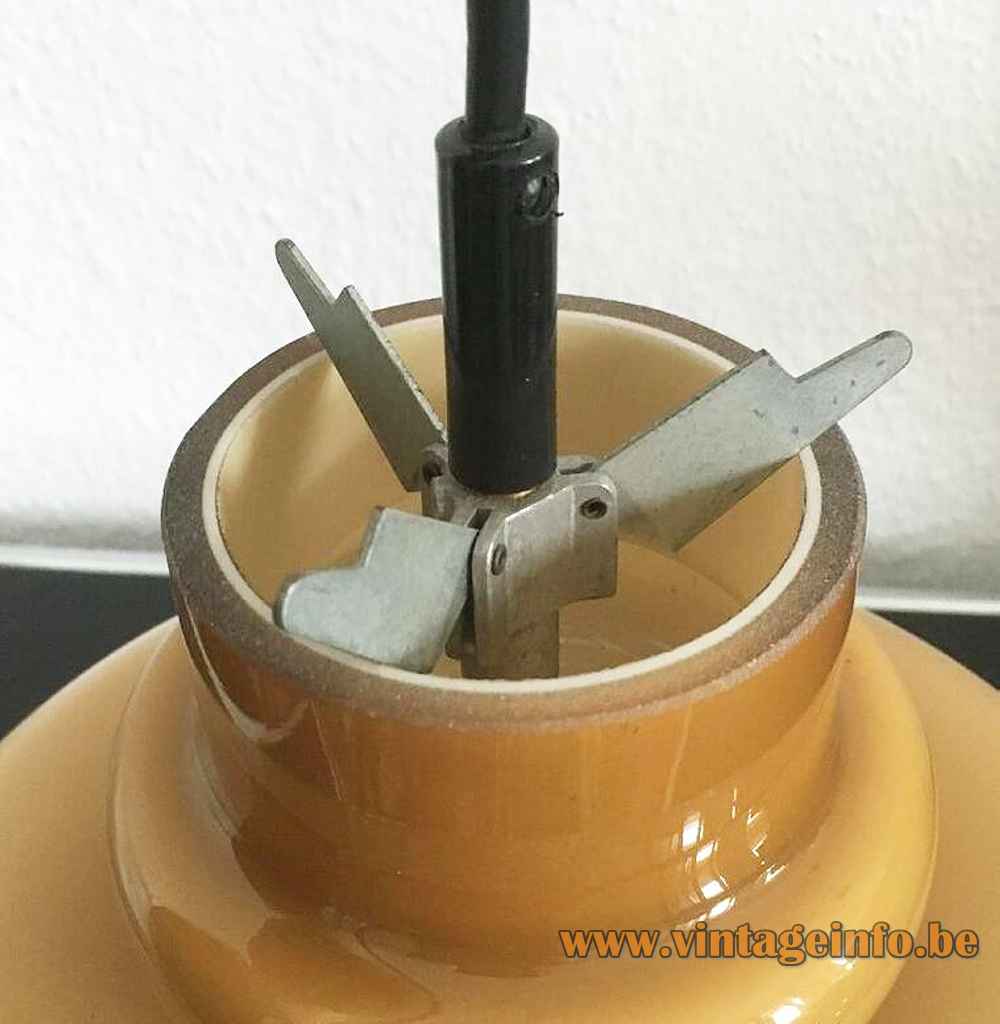 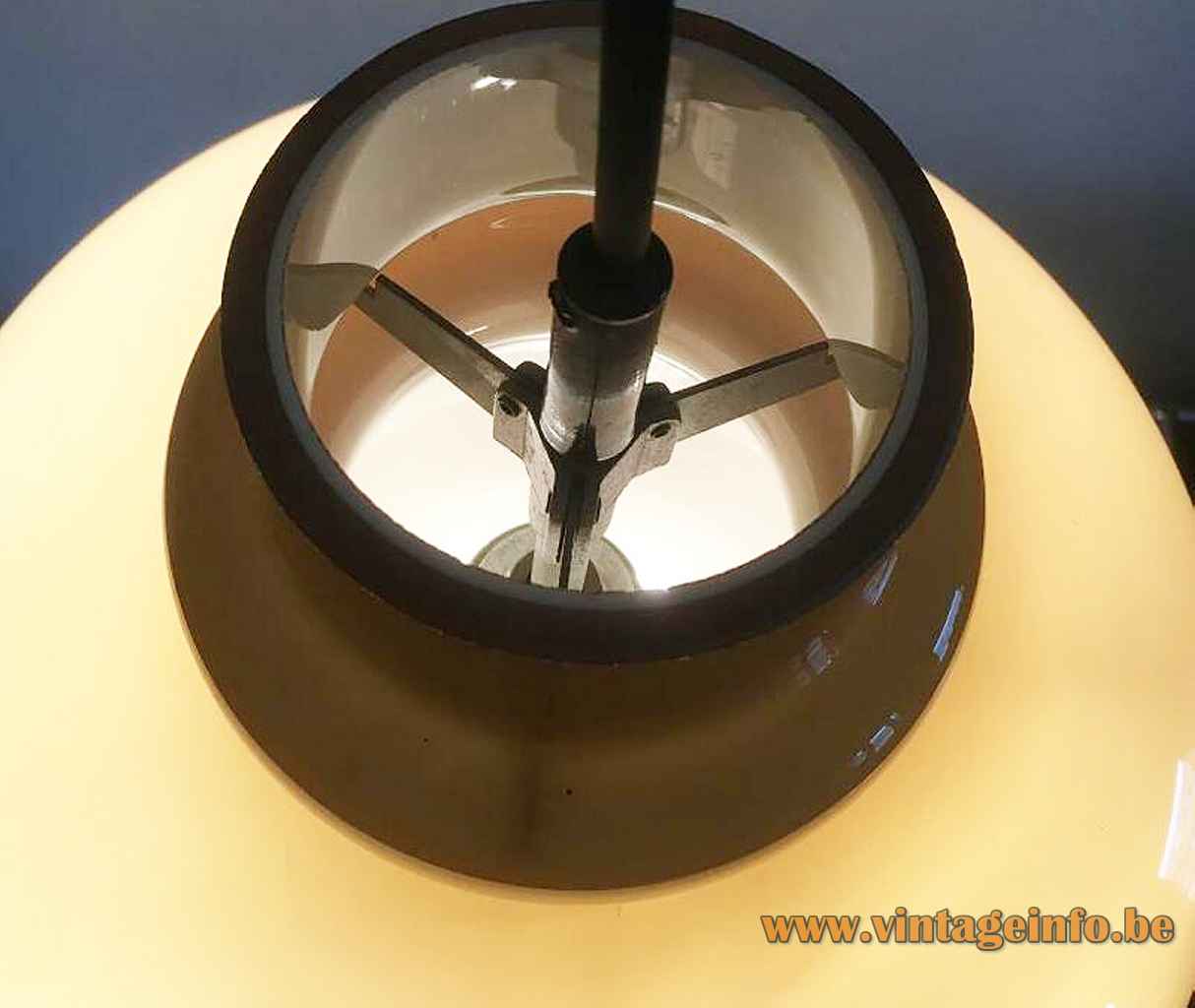 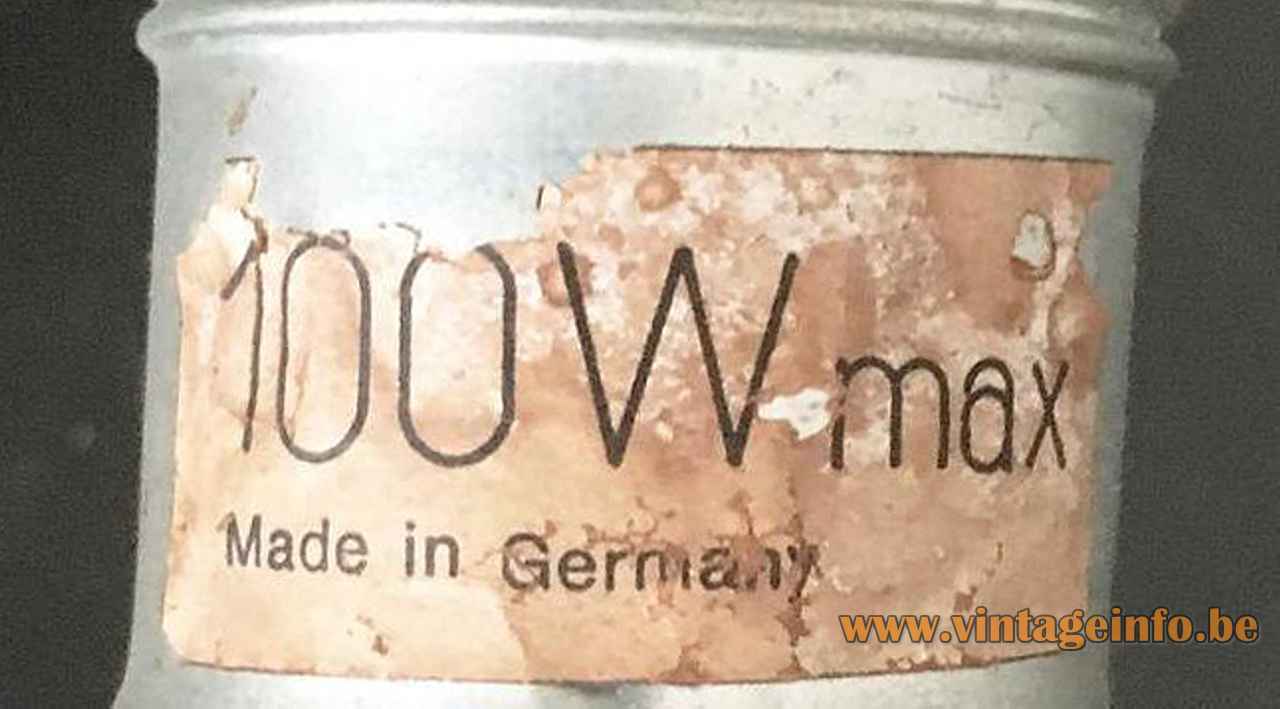 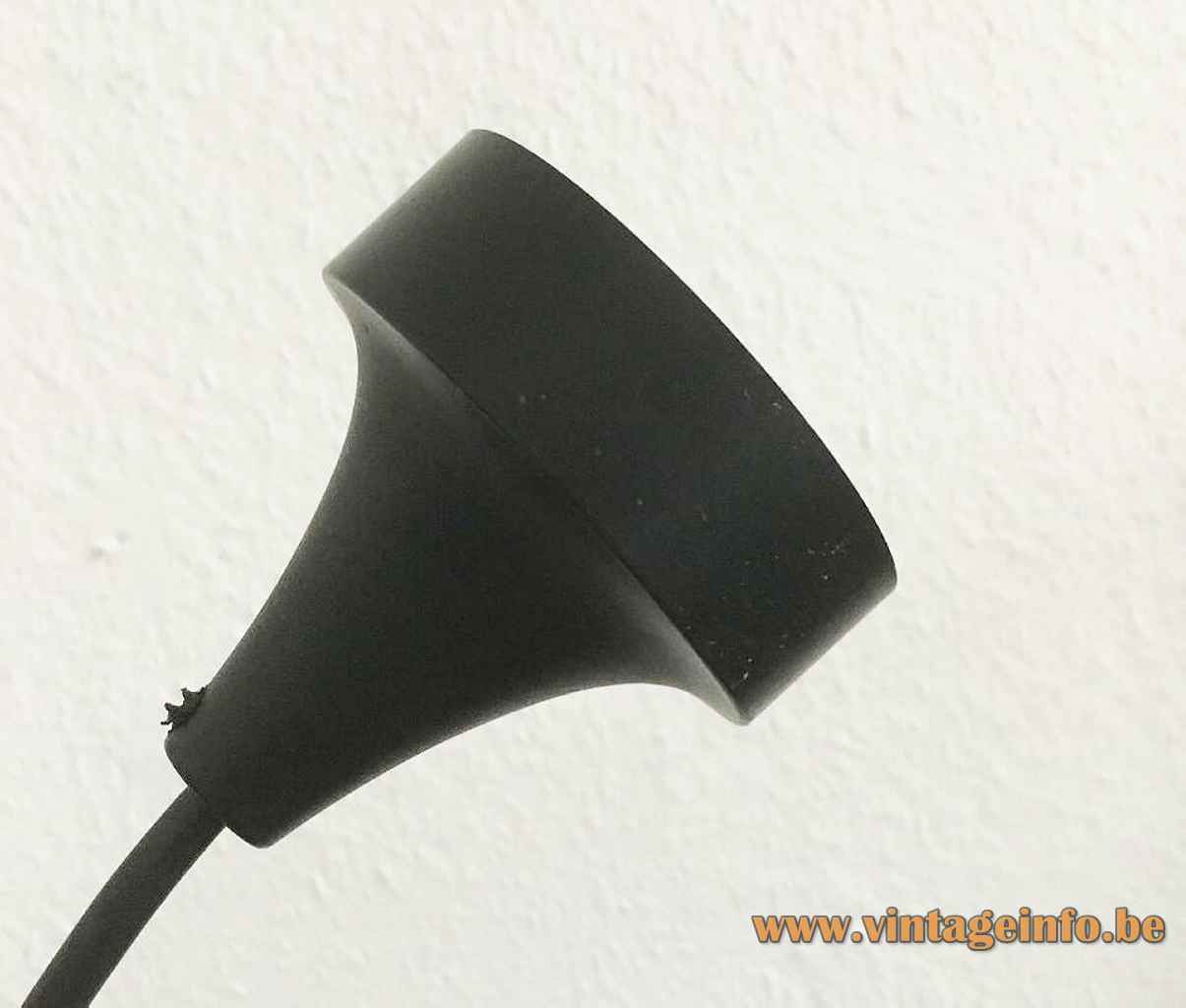 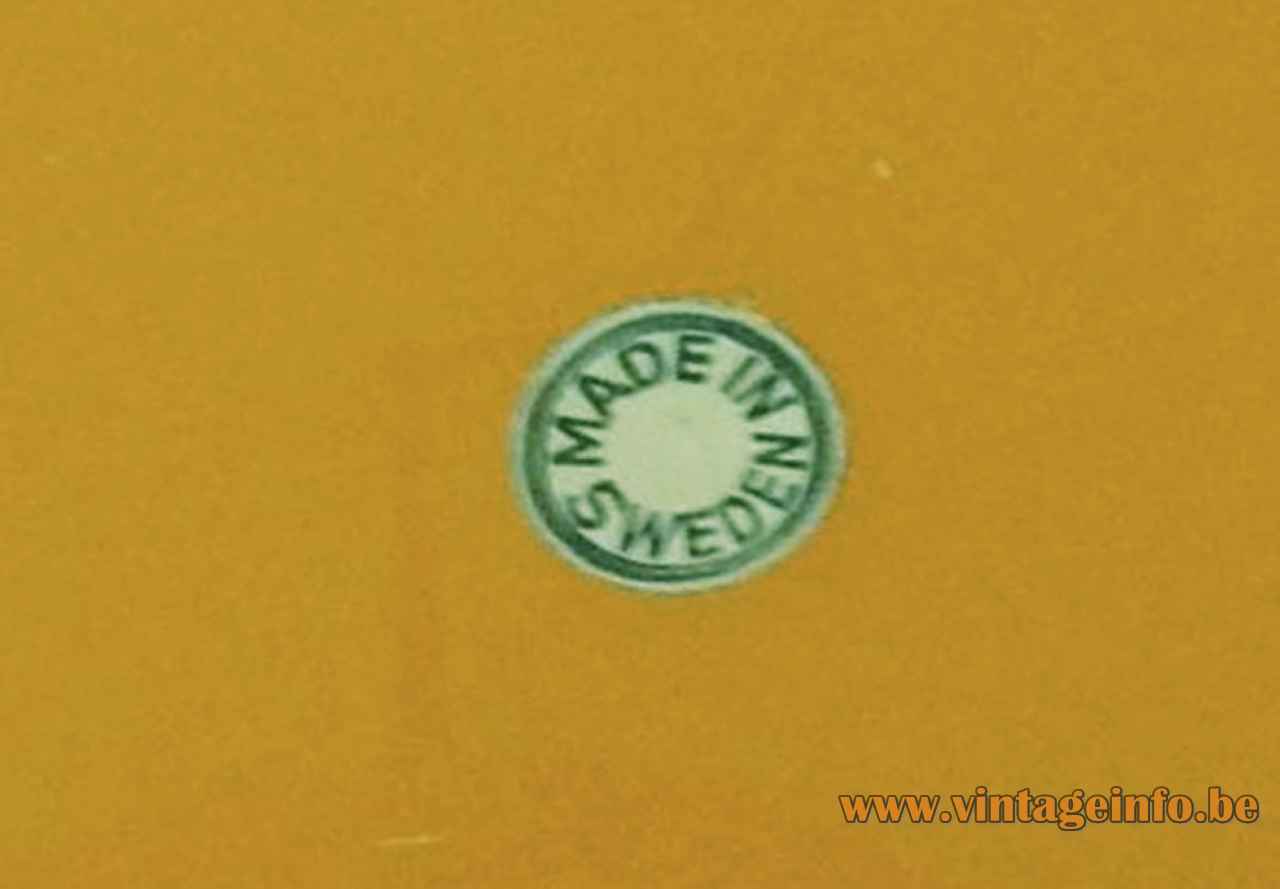 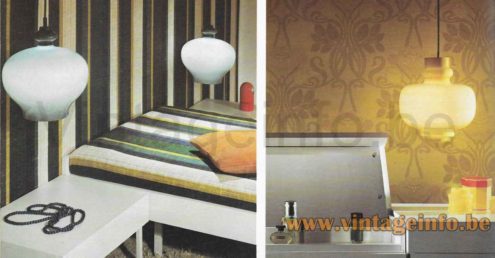 Electricity: 1 bulb E27, 1 x 100 watt maximum, 110/220 volt.
Any type of light bulb can be used, not a specific one preferred. For this type of lamps frosted or white bulbs are recommended.

These lamps were sold by several companies around the globe. This one was sold by the German Staff. It has a Staff label and the electric parts, mechanism and canopy are also made by Staff.

Sometimes you find these lamps with the label: “Made in Sweden”. It is a generic label, also found on the glass of the Swedish company Elme Glasbruk, well known for their vases, not for lighting. Maybe the company produced the glass for this pendant lamp. Another Swedish company, Orrefors, not only produced glass, but also lighting. But they use different labels. The “Made in Sweden” label is also glued on the Philips Torino pendant lamp. You can find it over here. 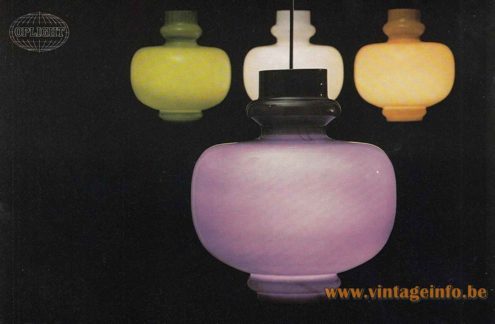 The Hans-Agne Jakobsson Oplight 75 pendant lamp was used as a prop in the 1974 Anglo-German espionage thriller film The Odessa File. An adaptation of the novel The Odessa File by Frederick Forsyth. The film is set in 1963. The film stars Jon Voight, Maximilian Schell and Maria Schell.

These pendant lamps are hanging upside down and in 1963 they did not yet exist.

Many thanks to Mats Linder for the Hans-Agne Jakobsson catalogue picture. You can find his website and the Oplight lamp series over here. Many other catalogues can be found on his website.