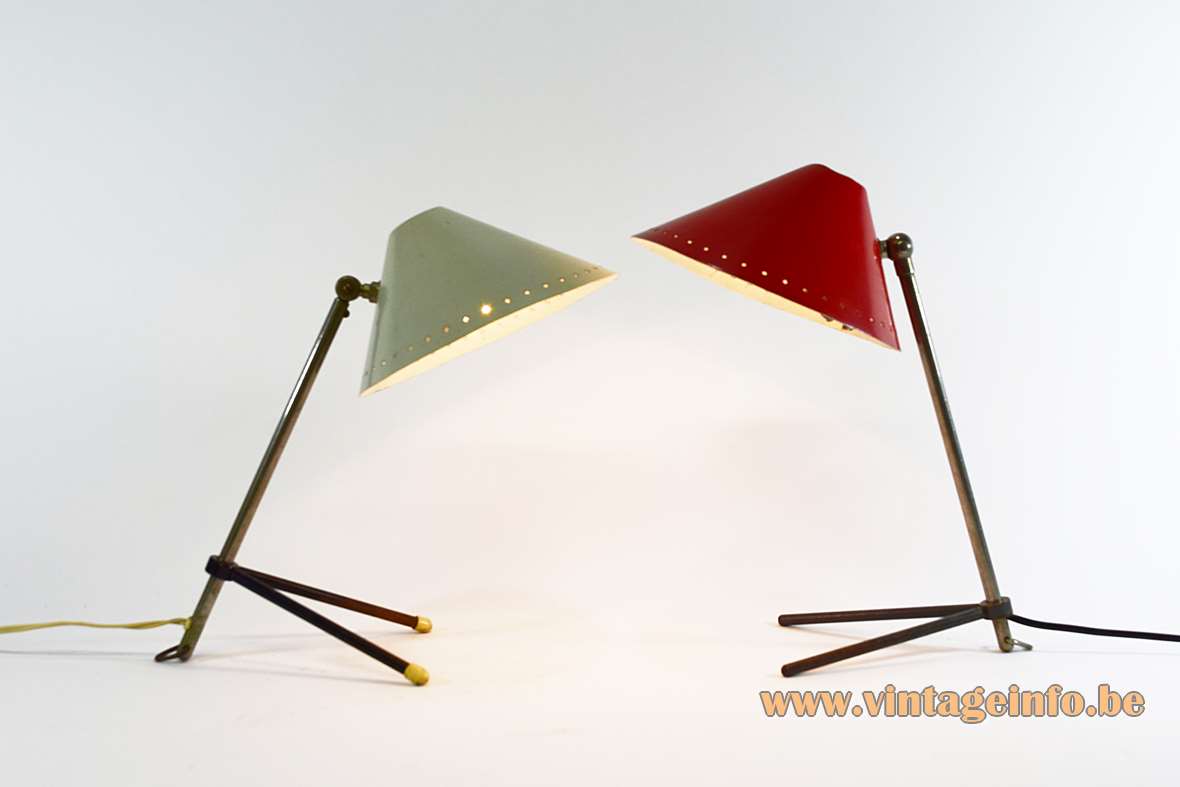 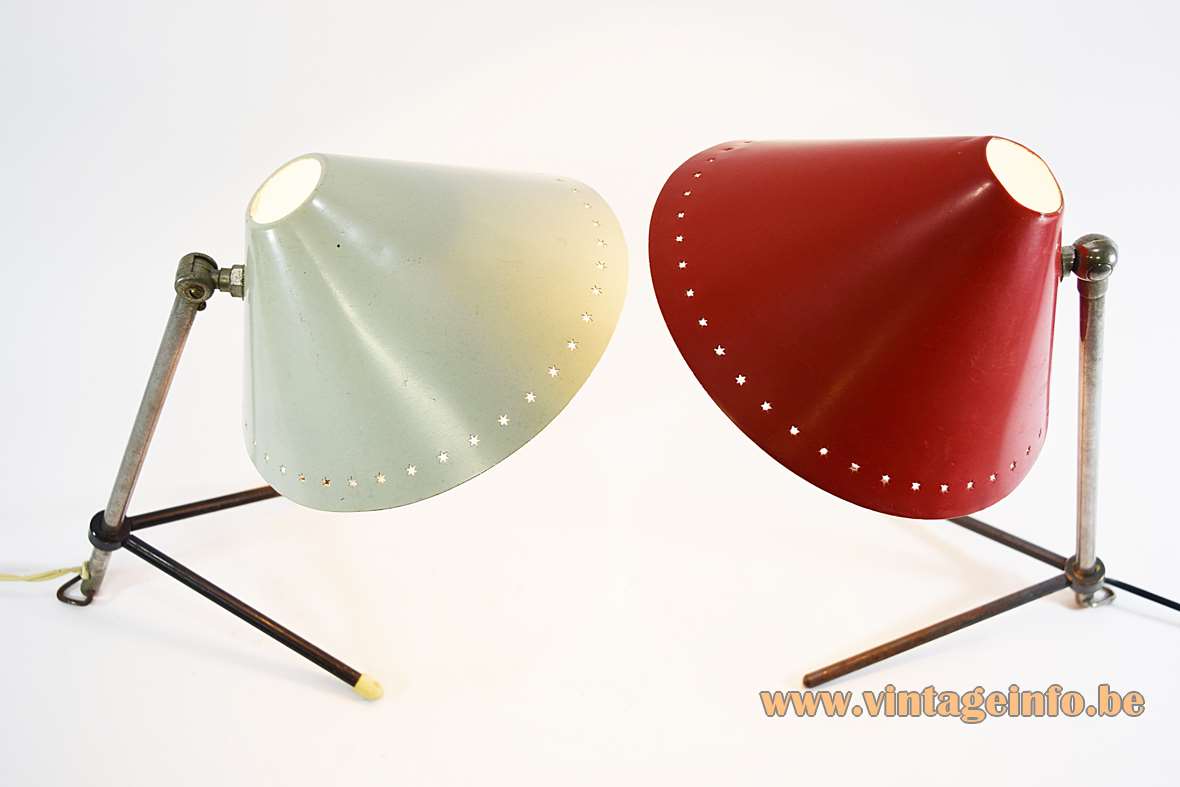 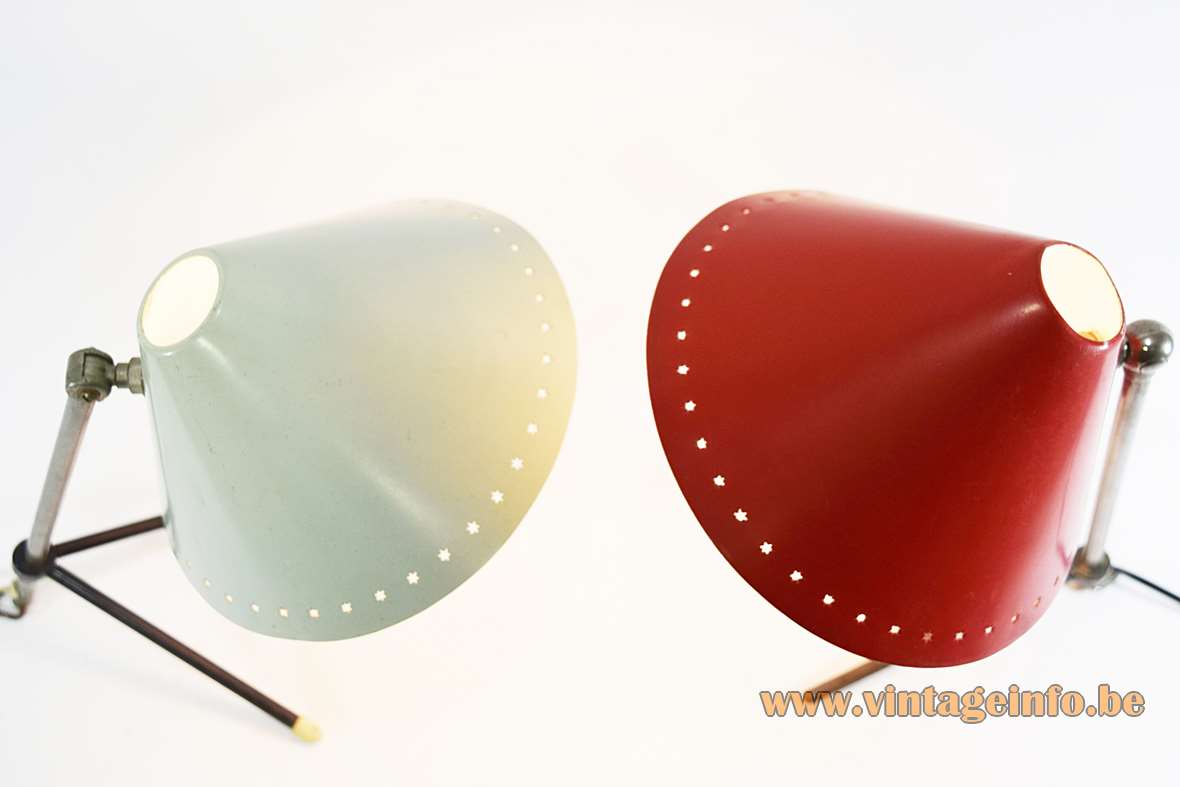 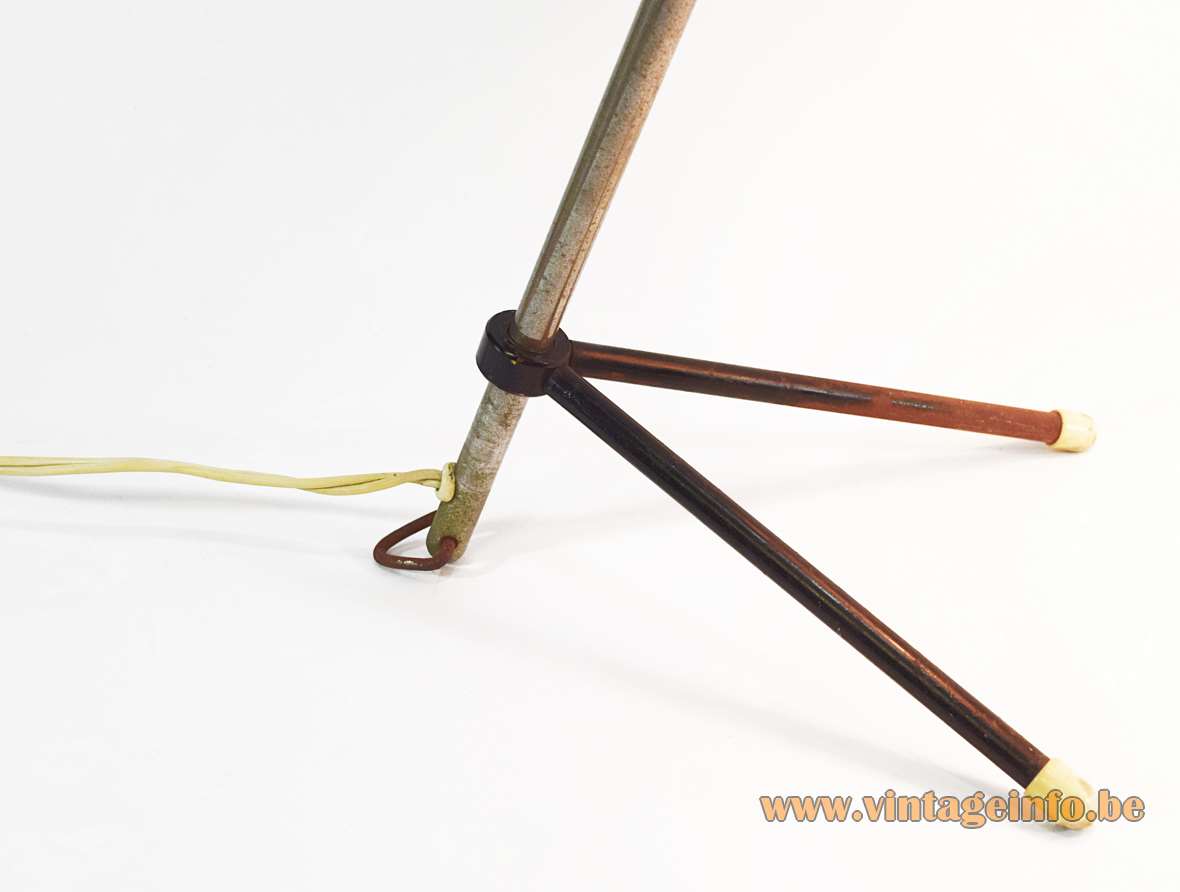 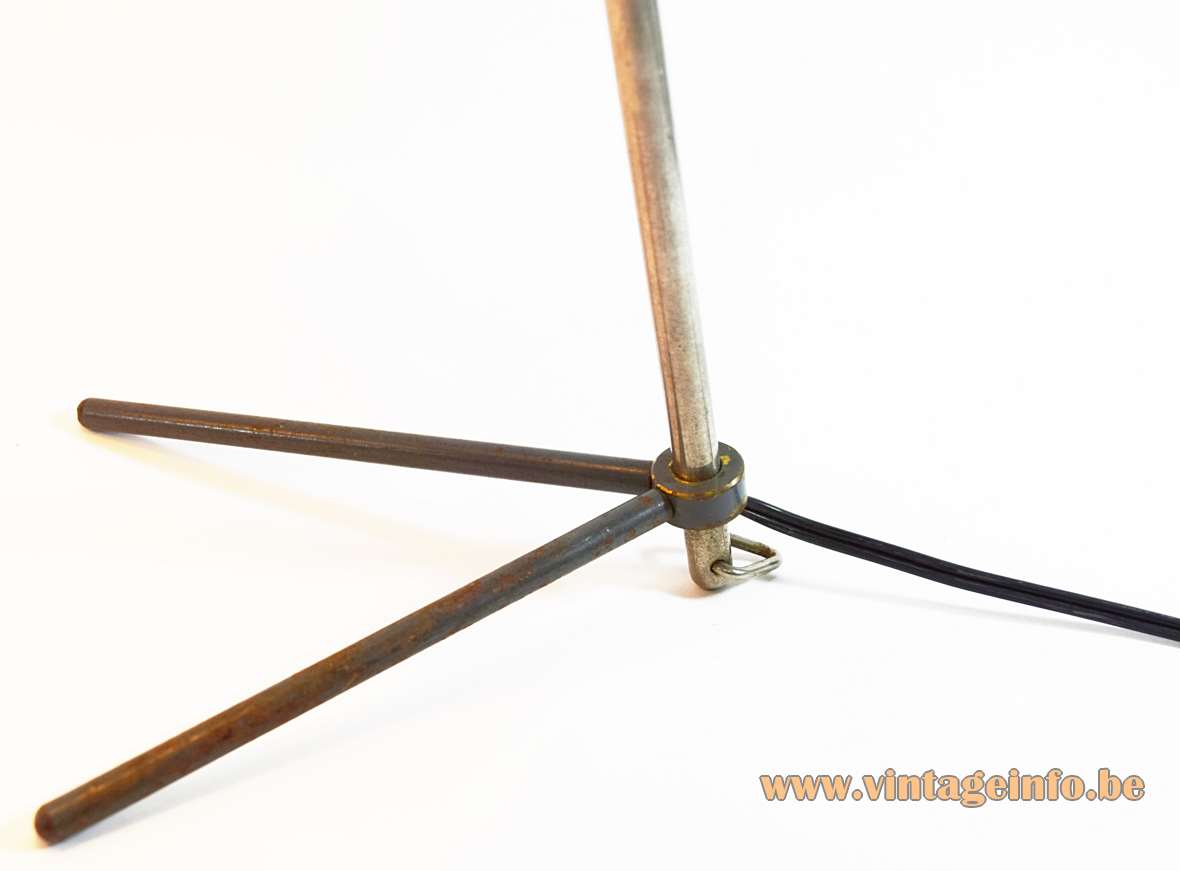 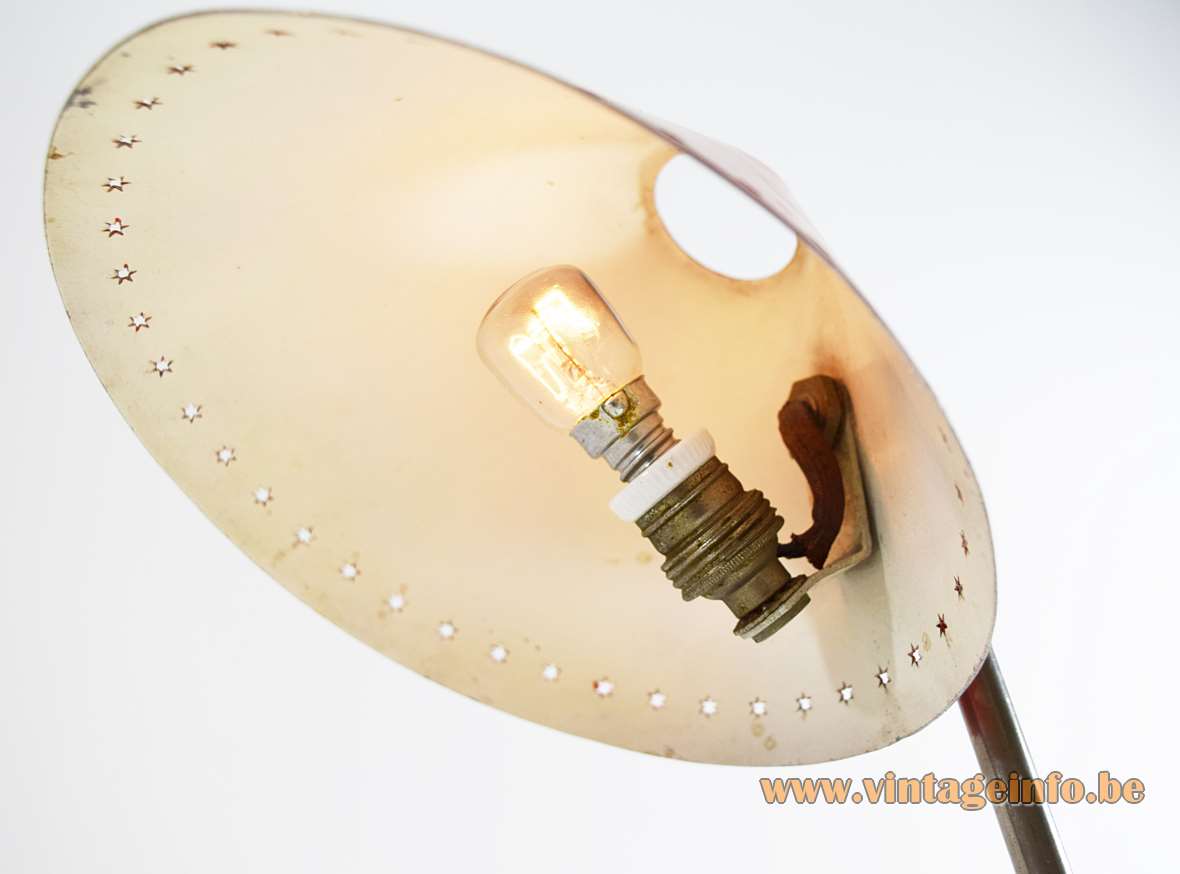 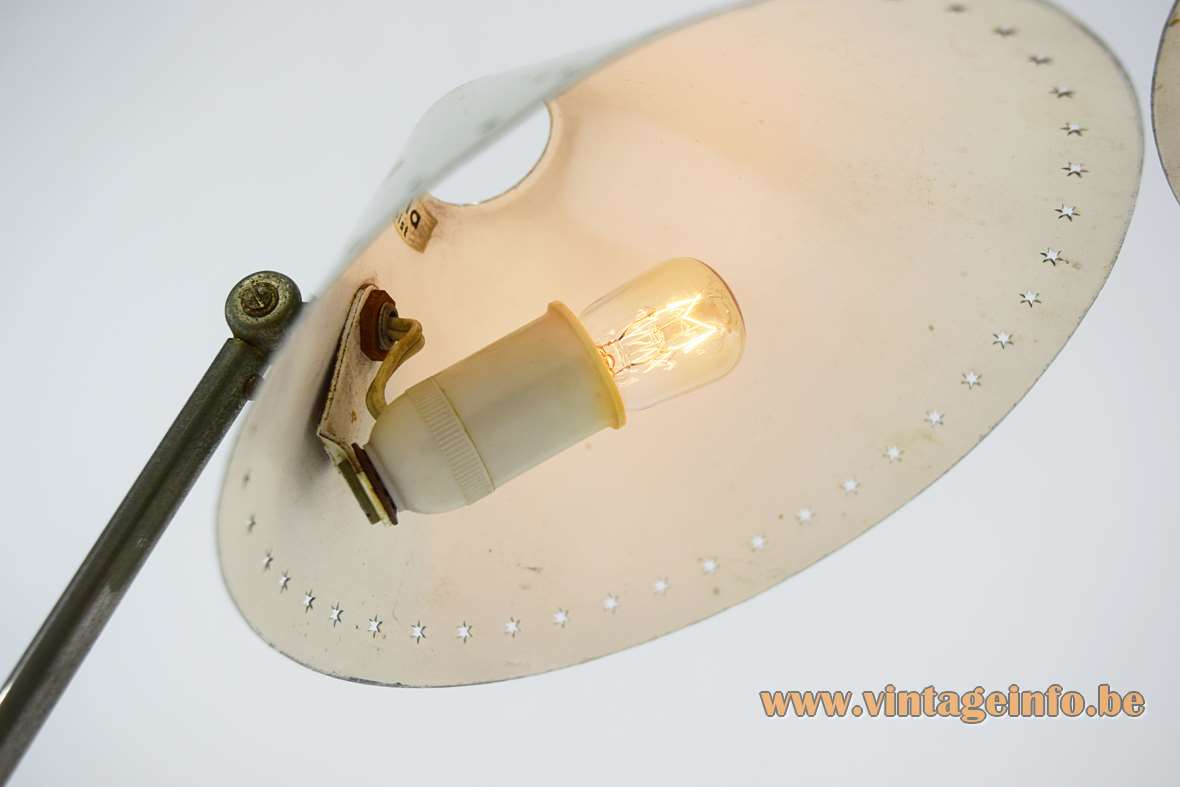 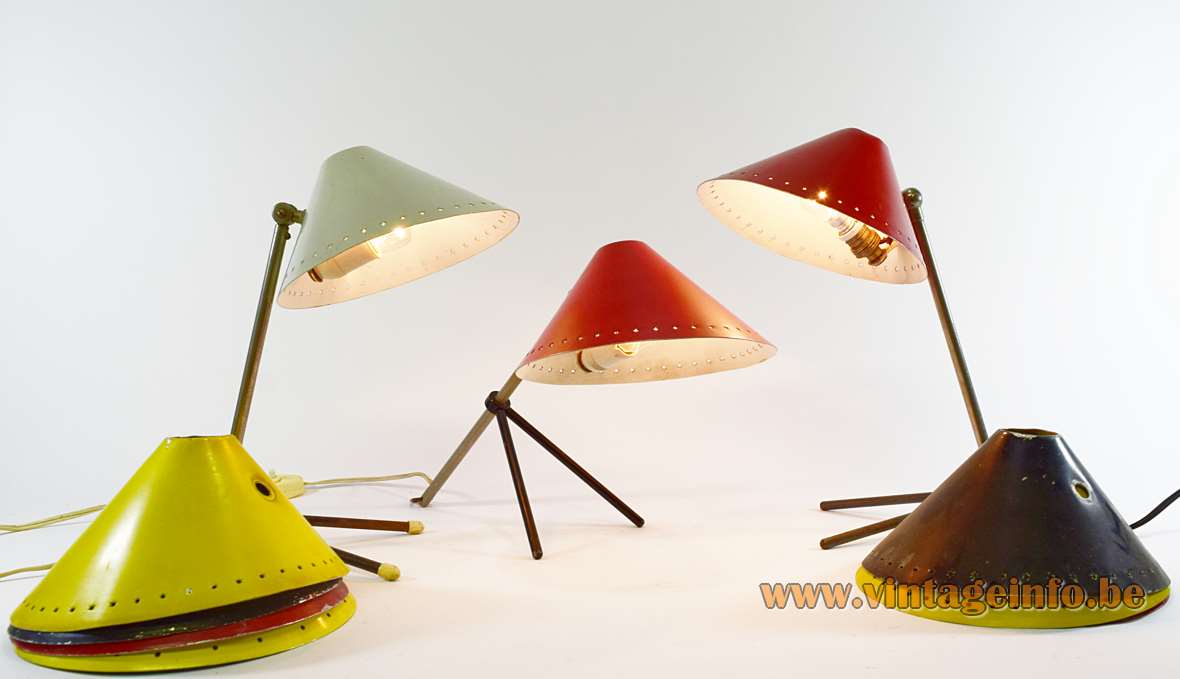 Hala Pinocchio table lamps in the catalogues from 1959 and 1967 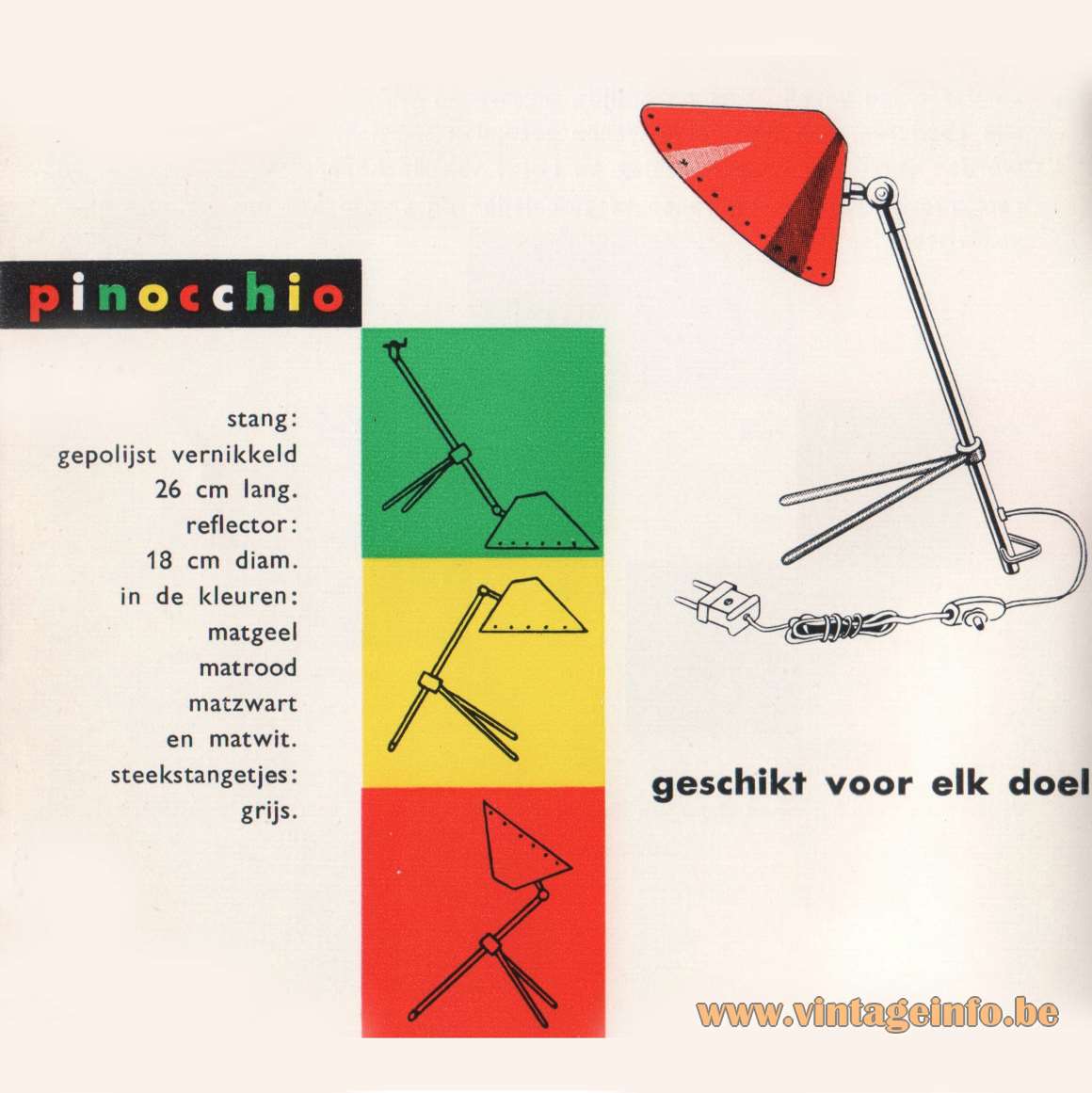 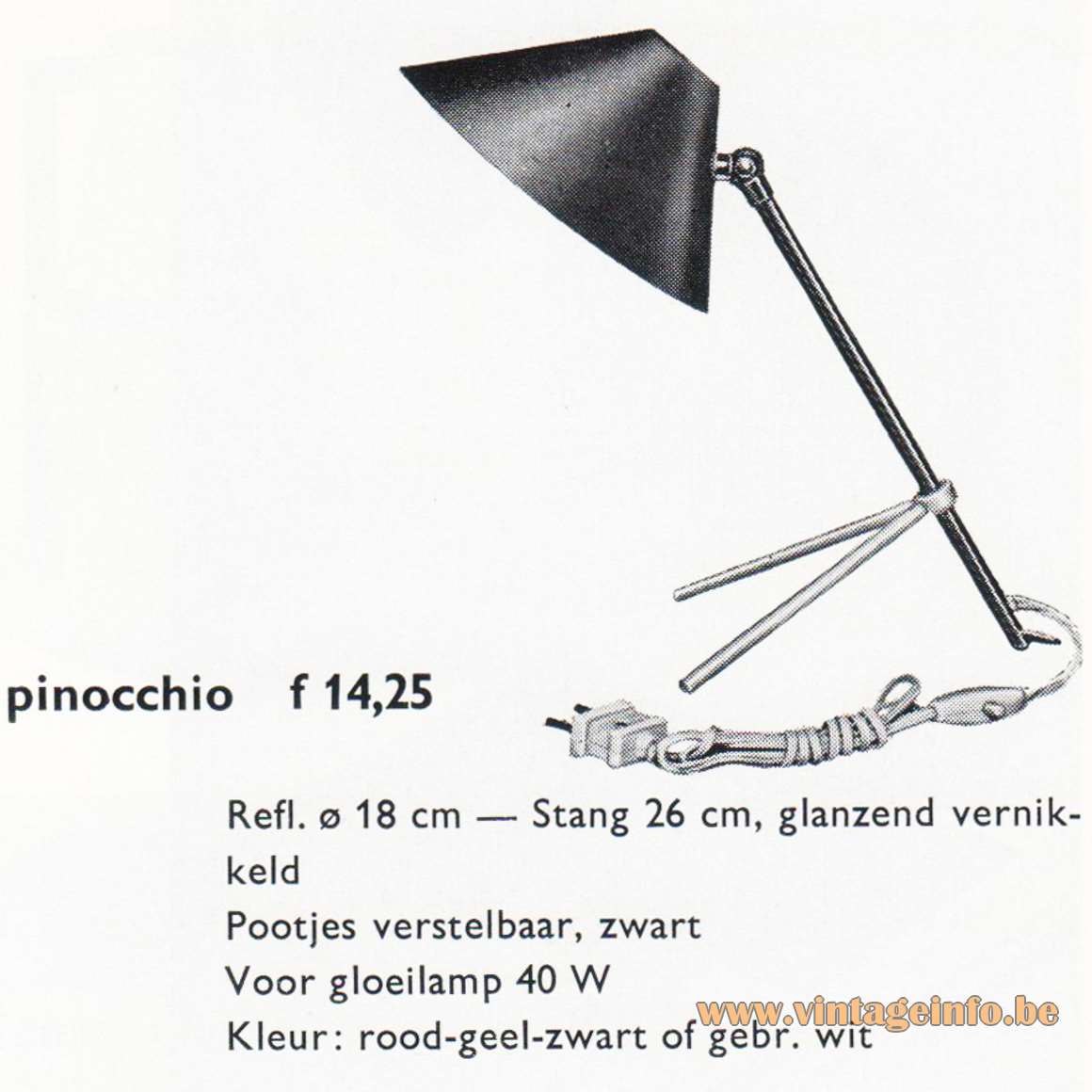 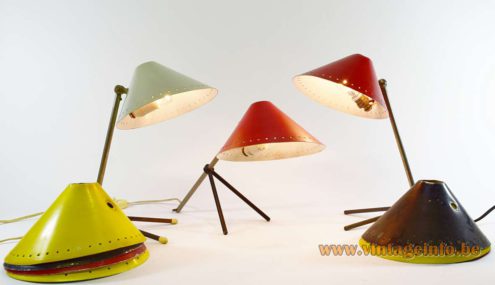 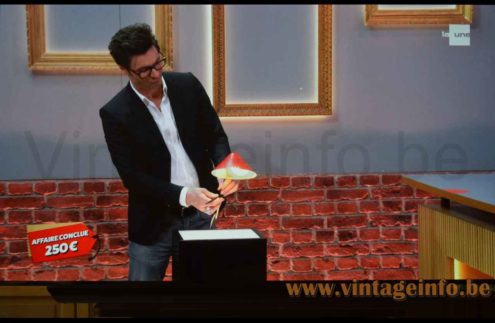 Materials: Adjustable tripod base made of brass and iron rods and parts. Aluminium conical lampshade perforated with stars, white painted on the inside. Made with Bakelite sockets, plastic sockets and porcelain and brass sockets over the years.

Other versions: The Hala Pinocchio table lamp exists in red, black, grey, yellow and off-white. Some differences exists in the sockets; early ones have a metal socket with porcelain (brass or nickel-plated brass) and a different knee joint. The base can be grey or black, with or without rubber caps.

They exists with several different lampshades. Not only different lampshades were used, but the conical lampshades exists with perforated stars, round holes and without perforations. The first ones have stars, later versions round holes and in the catalogue of 1967 they appear without perforations, as you can see. They were advertised as a desk lamp, table lamp and wall lamp. Also produced as a big floor lamp.

Imitations exists in several versions. A lamp with a closed top was produced in the late 50s, but it is a fake one and was not made by Hala.

Version with round holes in the lampshade and without caps. 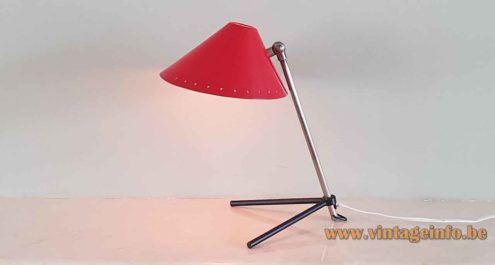 Many thanks to Thomas for lending the Pinocchio collection.
Many thanks to Ger for the photo of the lamp with the round holes in the lampshade.