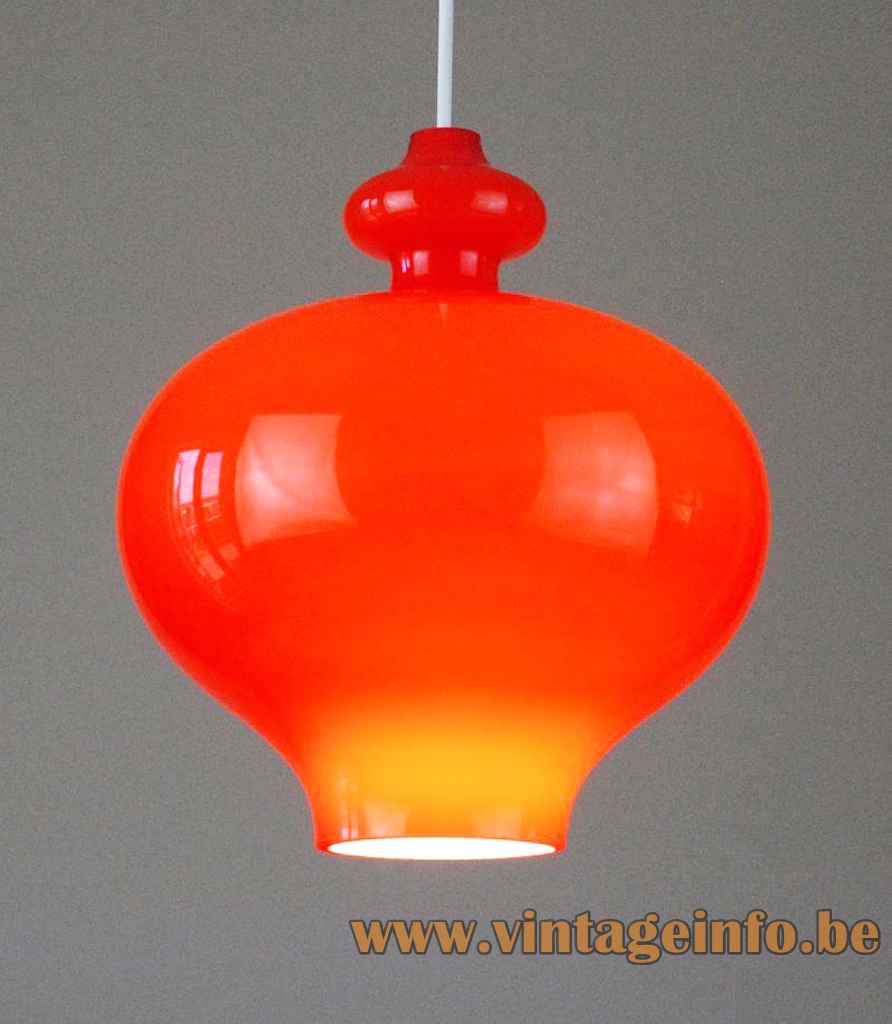 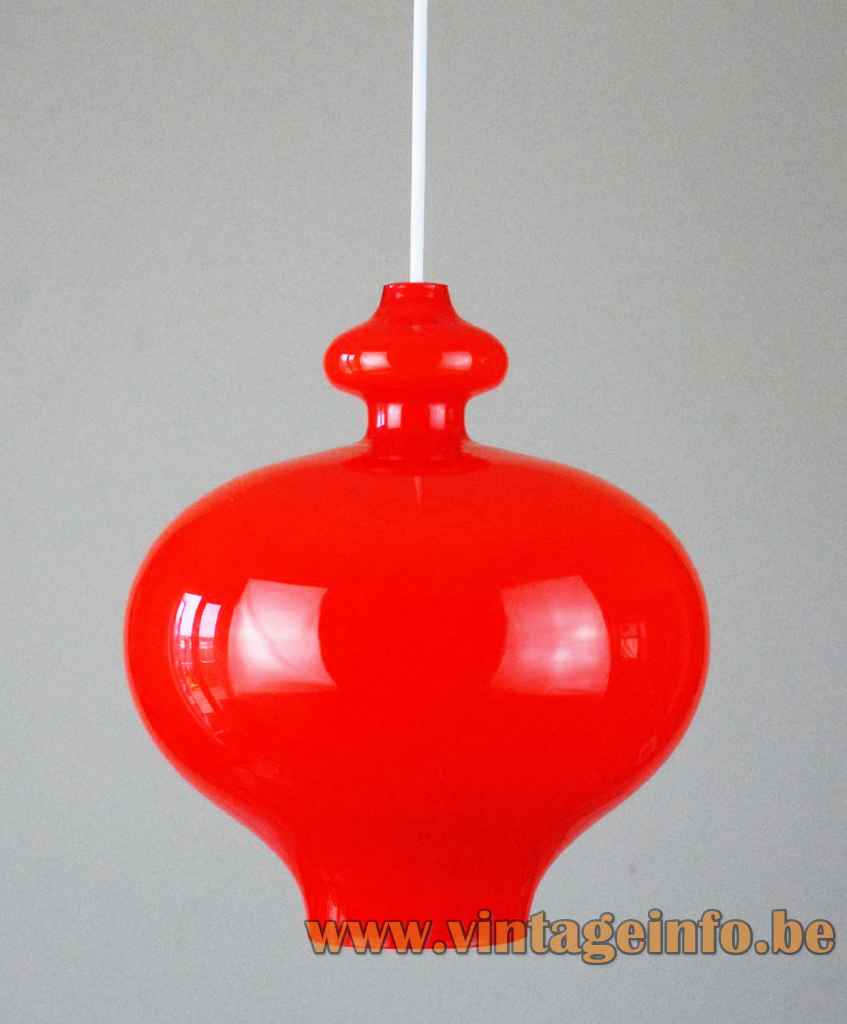 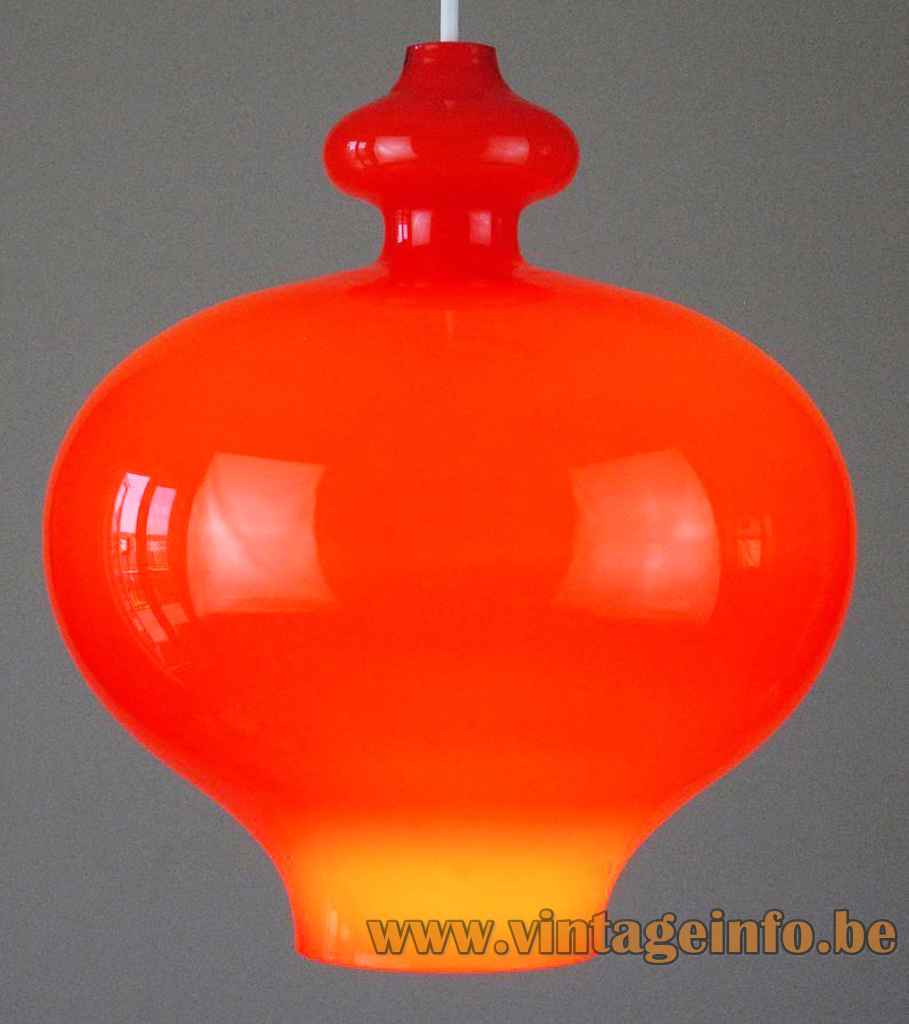 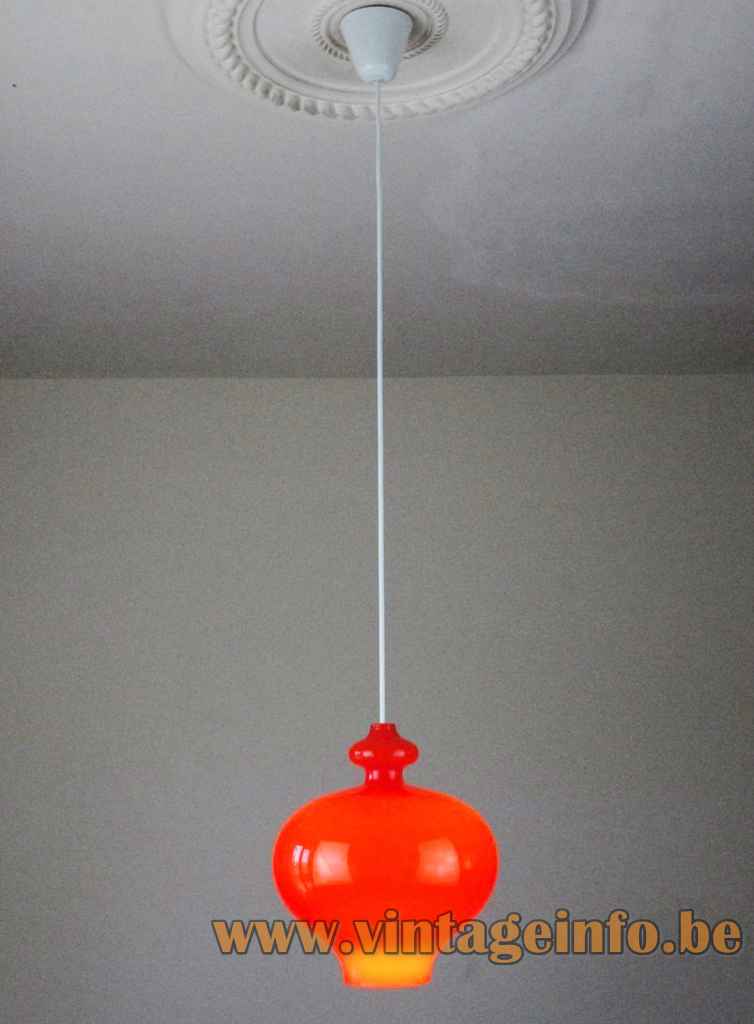 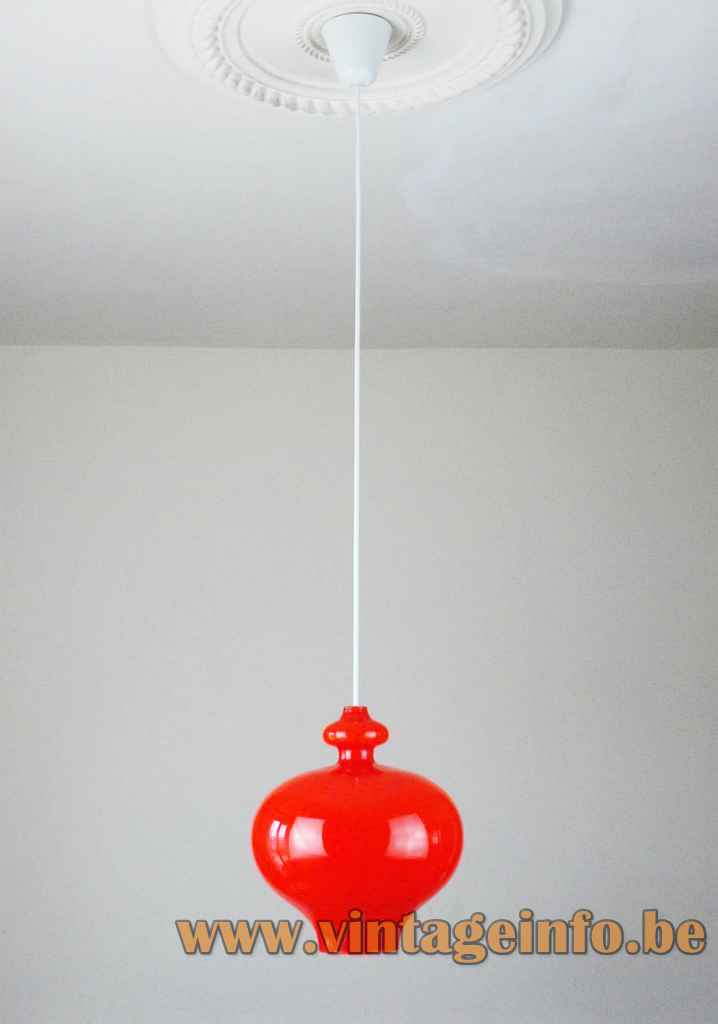 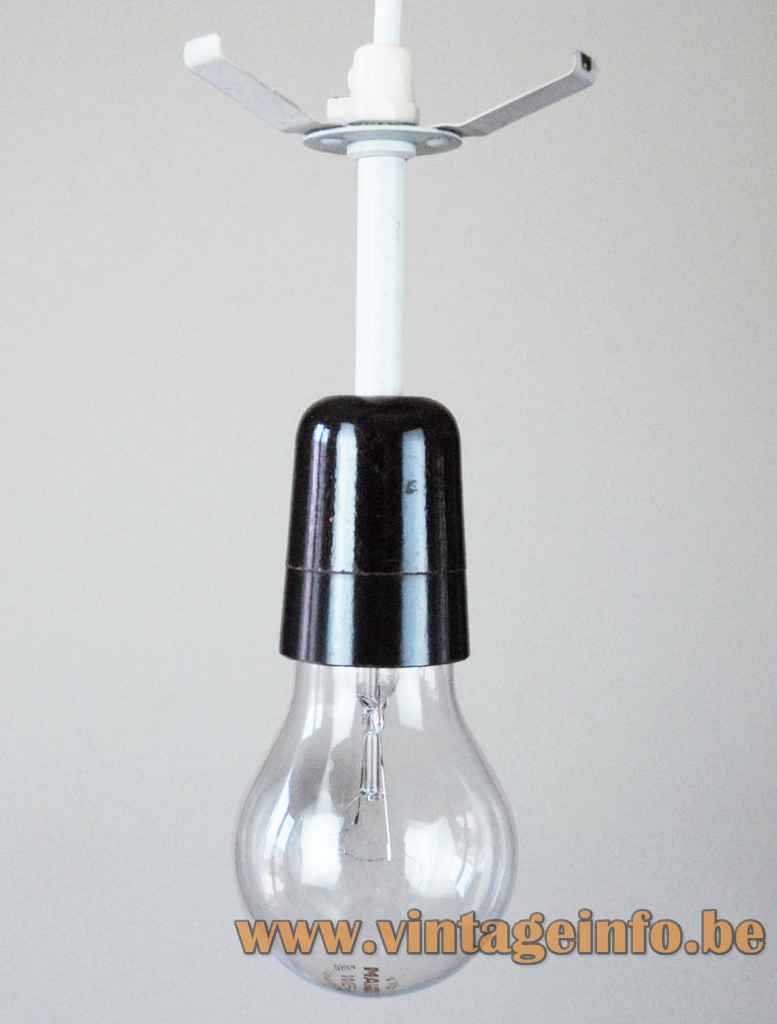 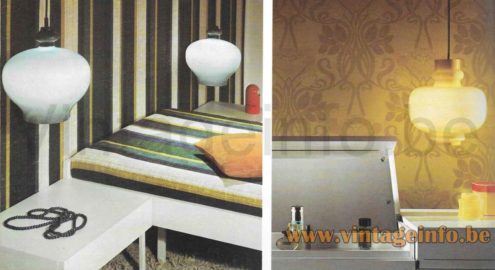 Electricity: 1 bulb E27, 1 x 100 watt maximum, 110/220 volt.
Any type of light bulb can be used, not a specific one preferred. For this type of lamps frosted or white bulbs are recommended.

Other versions: The Hans-Agne Jakobsson Oplight 62 pendant lamp was made in several colours. The Oplight lamp series consists of several models, as you can see. Also table lamps exists.

These lamps were sold by several companies around the globe.

Sometimes you find these lamps with the label: “Made in Sweden”. It is a generic label, also found on the glass of the Swedish company Elme Glasbruk, well known for their vases, not for lighting. Maybe the company produced the glass for this pendant lamp. Other Swedish glass companies, such as Flygsfors and Orrefors, not only produced glass, but also lighting. But they use different labels. The “Made in Sweden” label is also glued on the Philips Torino pendant lamp. You can find it over here.

The Hans-Agne Jakobsson Oplight 62 pendant lamp is number 5172 for the red/orange version and number 5173 for the green/olive version in this Spanish Staff catalogue. 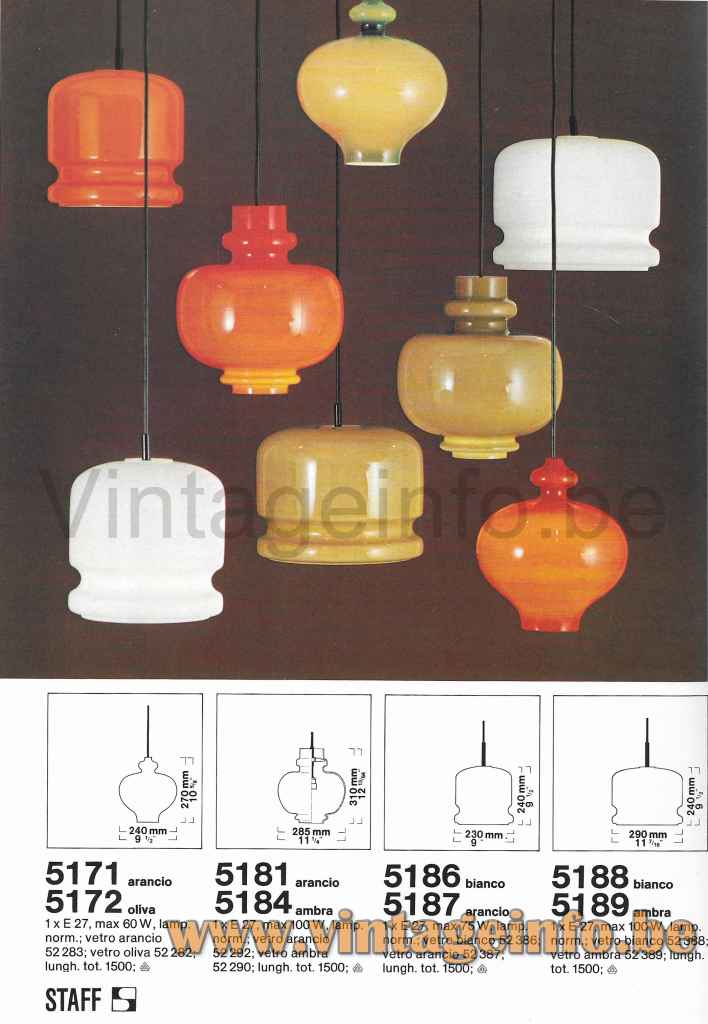