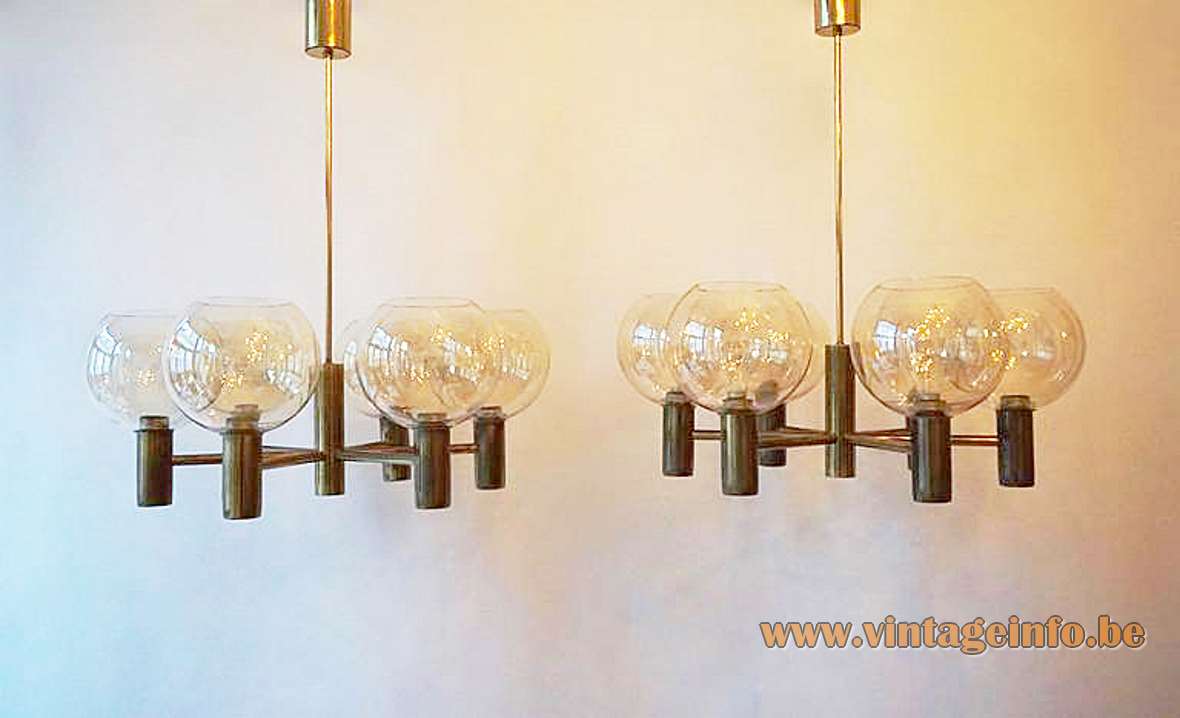 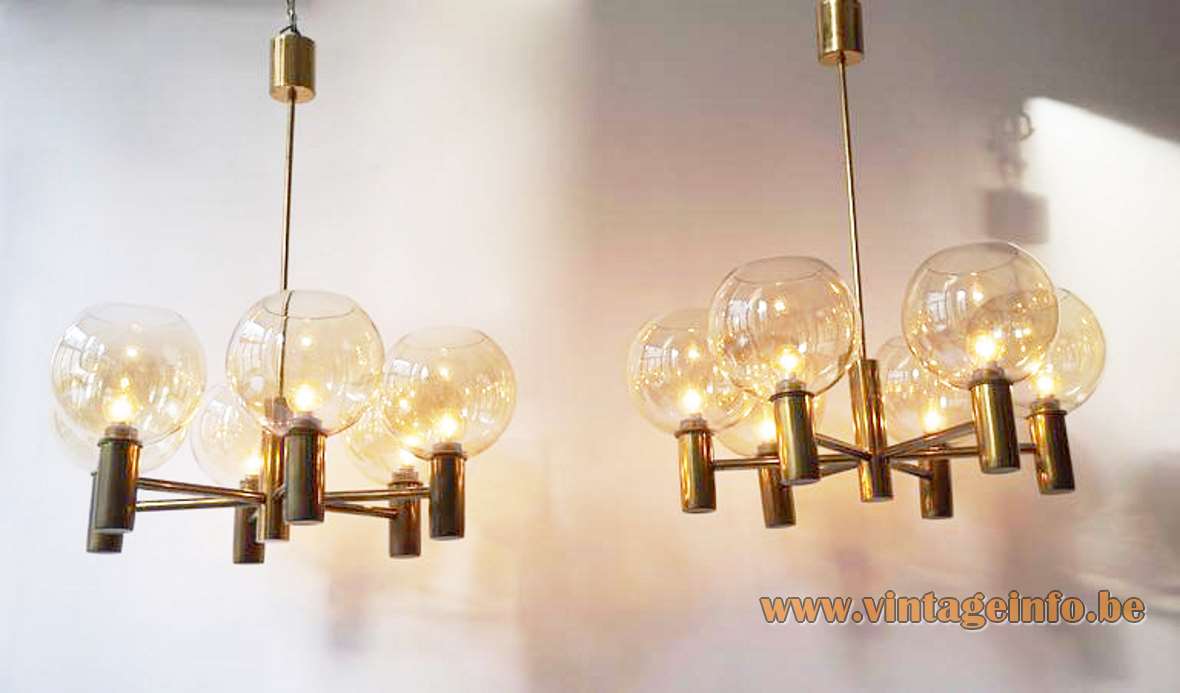 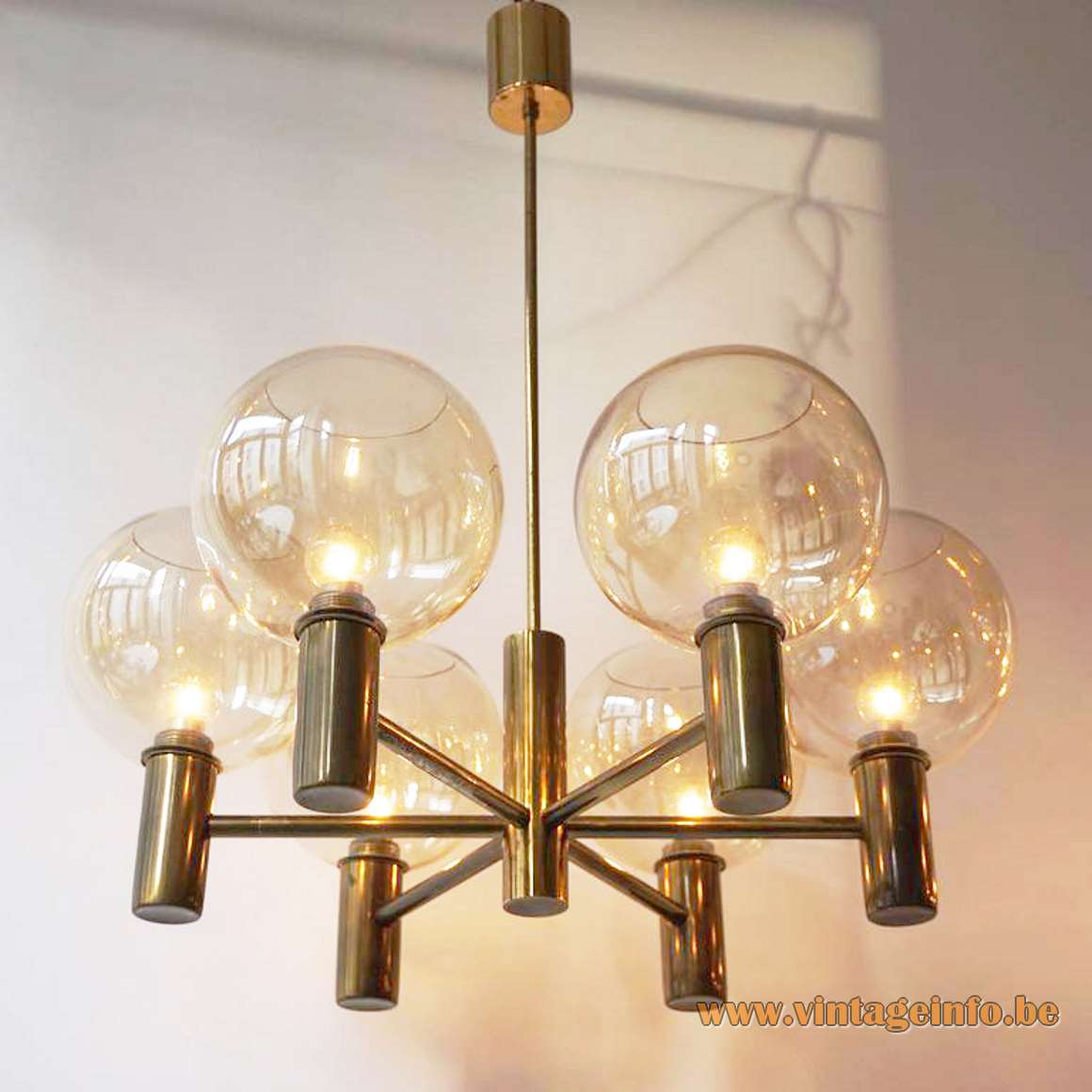 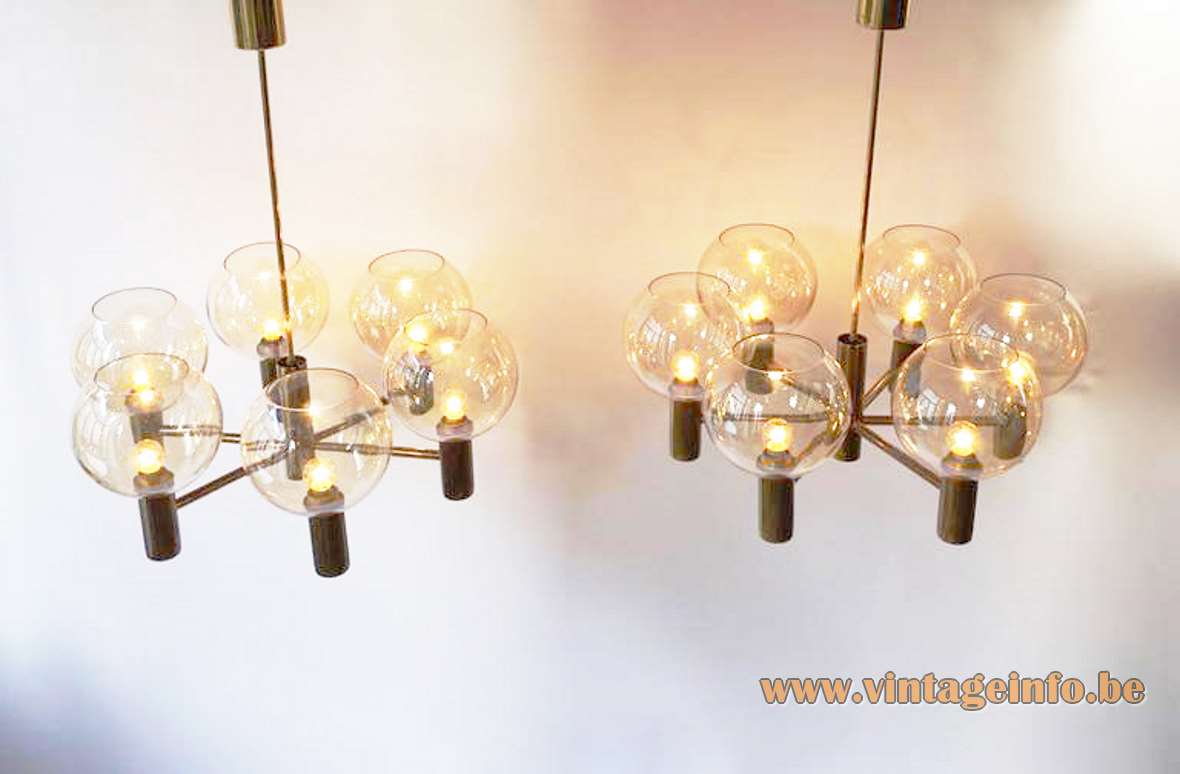 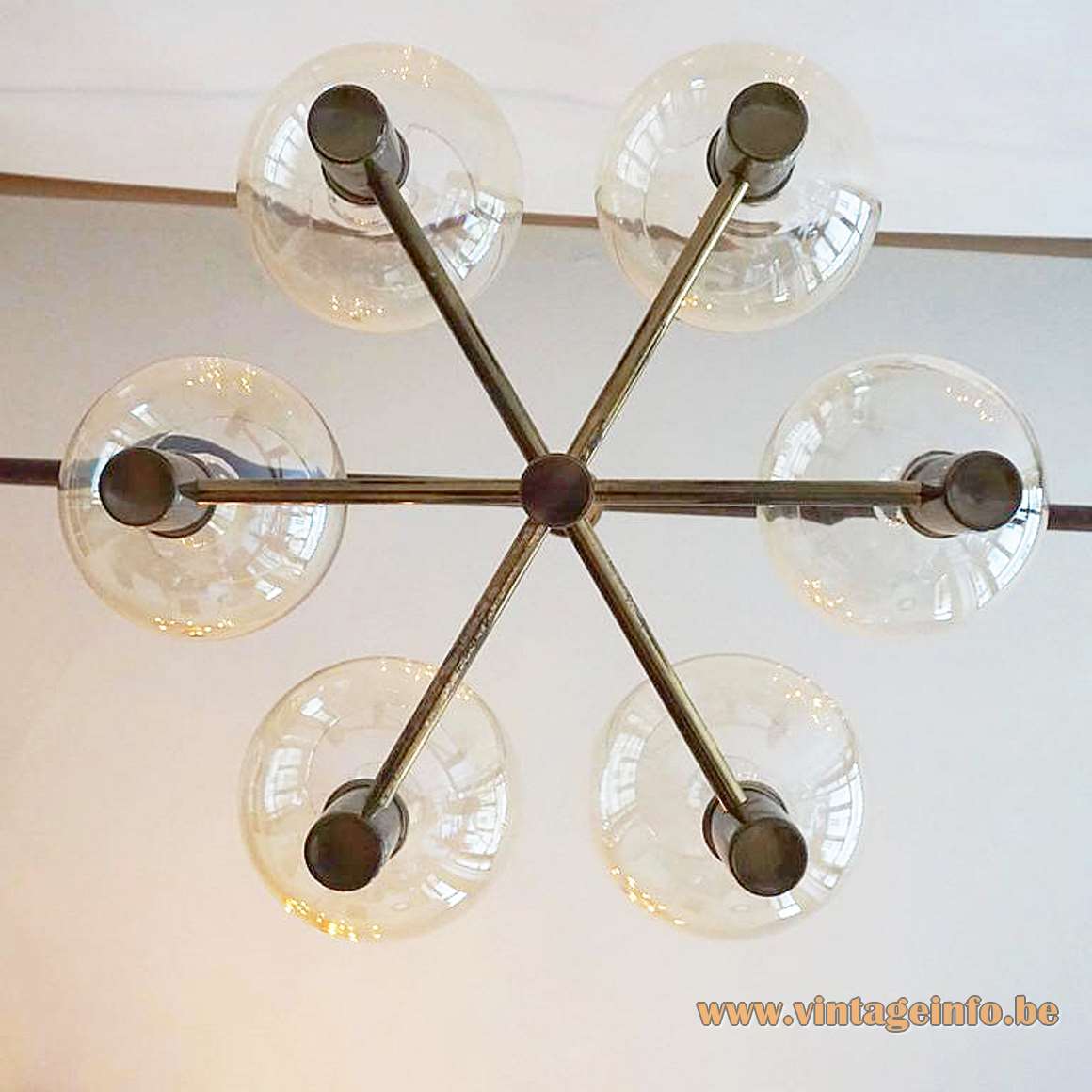 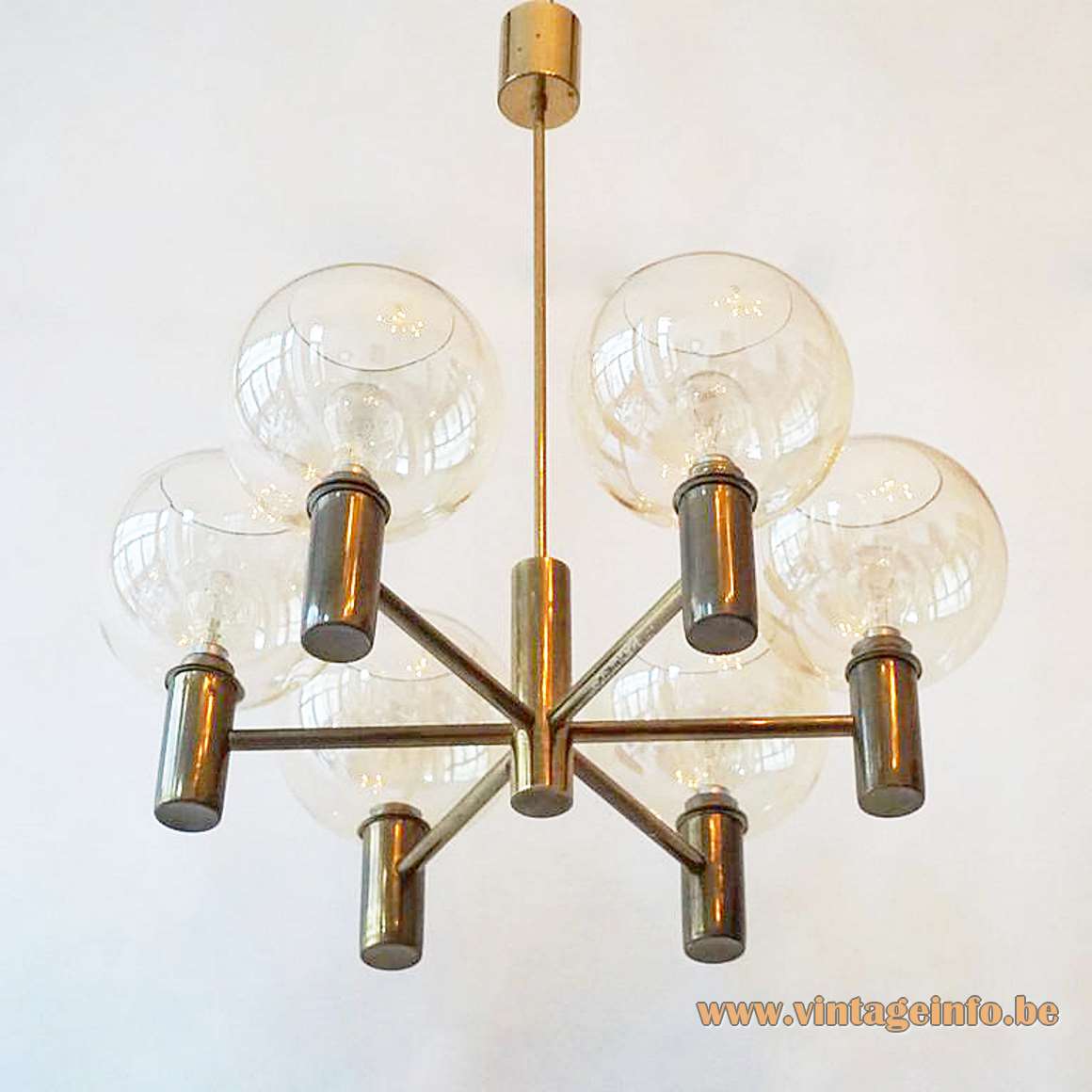 Other versions: This Hans-Agne Jakobsson smoked globes chandelier exists in many versions. The company produced a large amount of this type of brass chandeliers, starting from the late 1950s. Some of them have names such as Patricia and Royal.

Also Koninklijke Philips N.V. from The Netherlands had some Jakobsson lamps in their catalogue. Presumably also a few other companies.