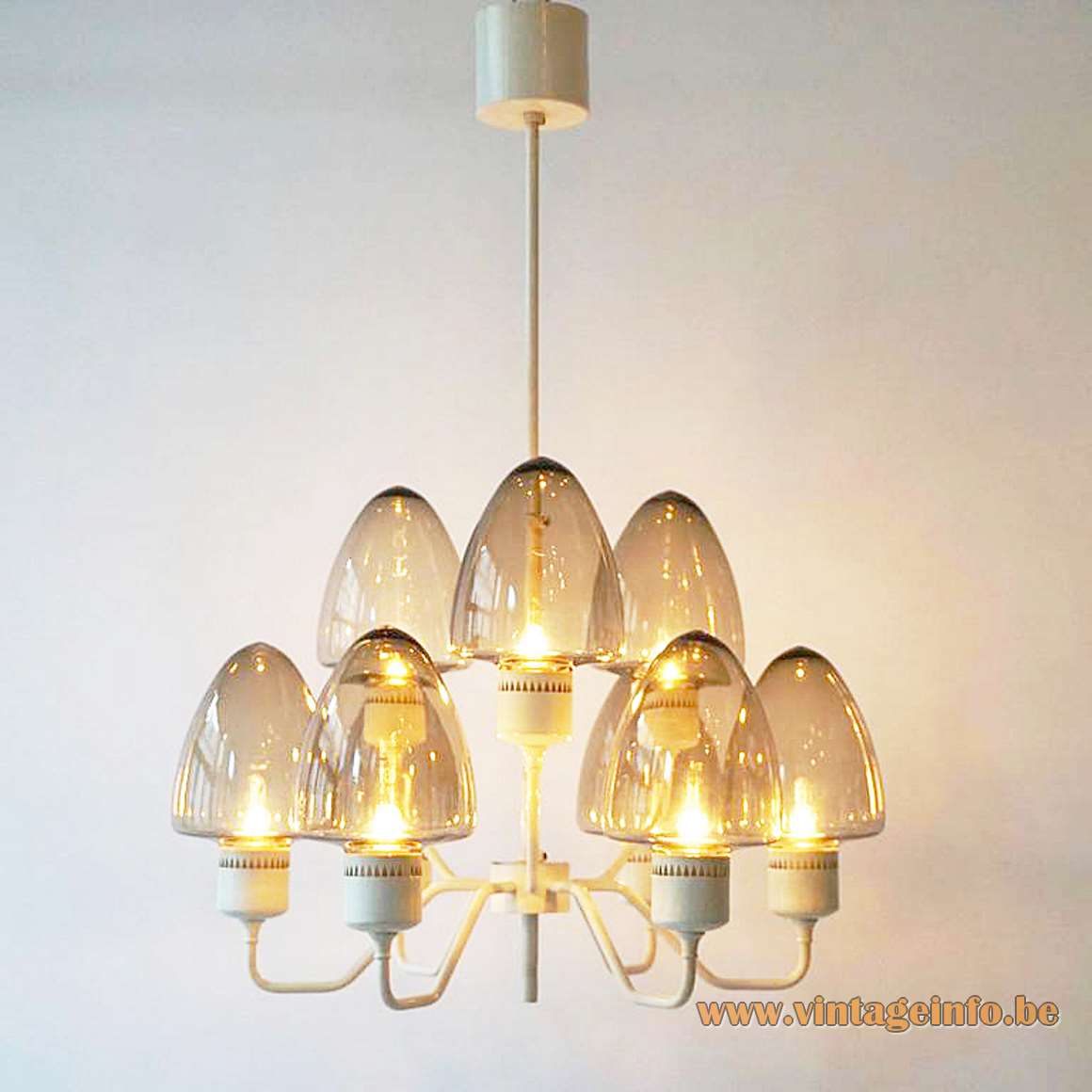 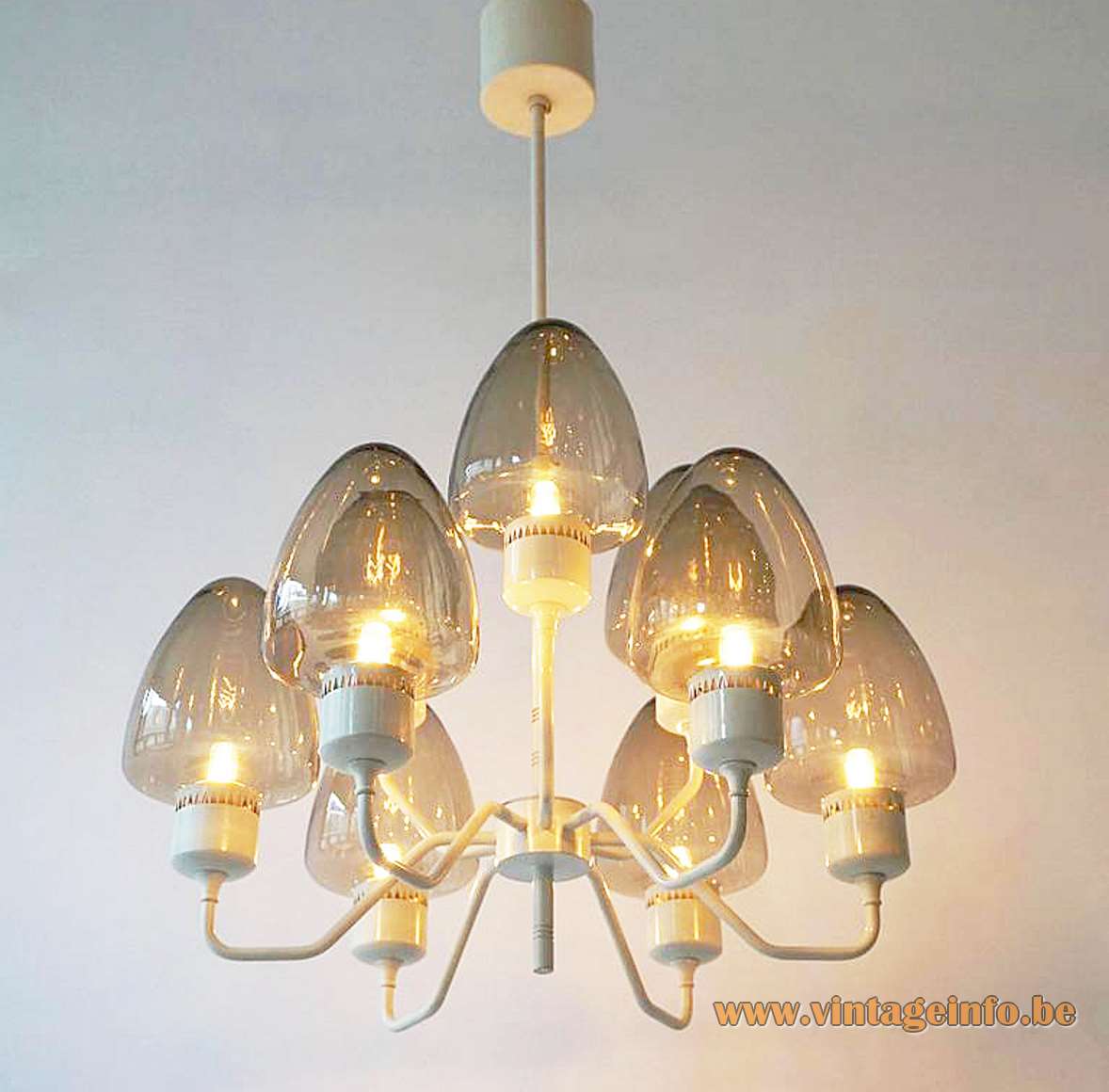 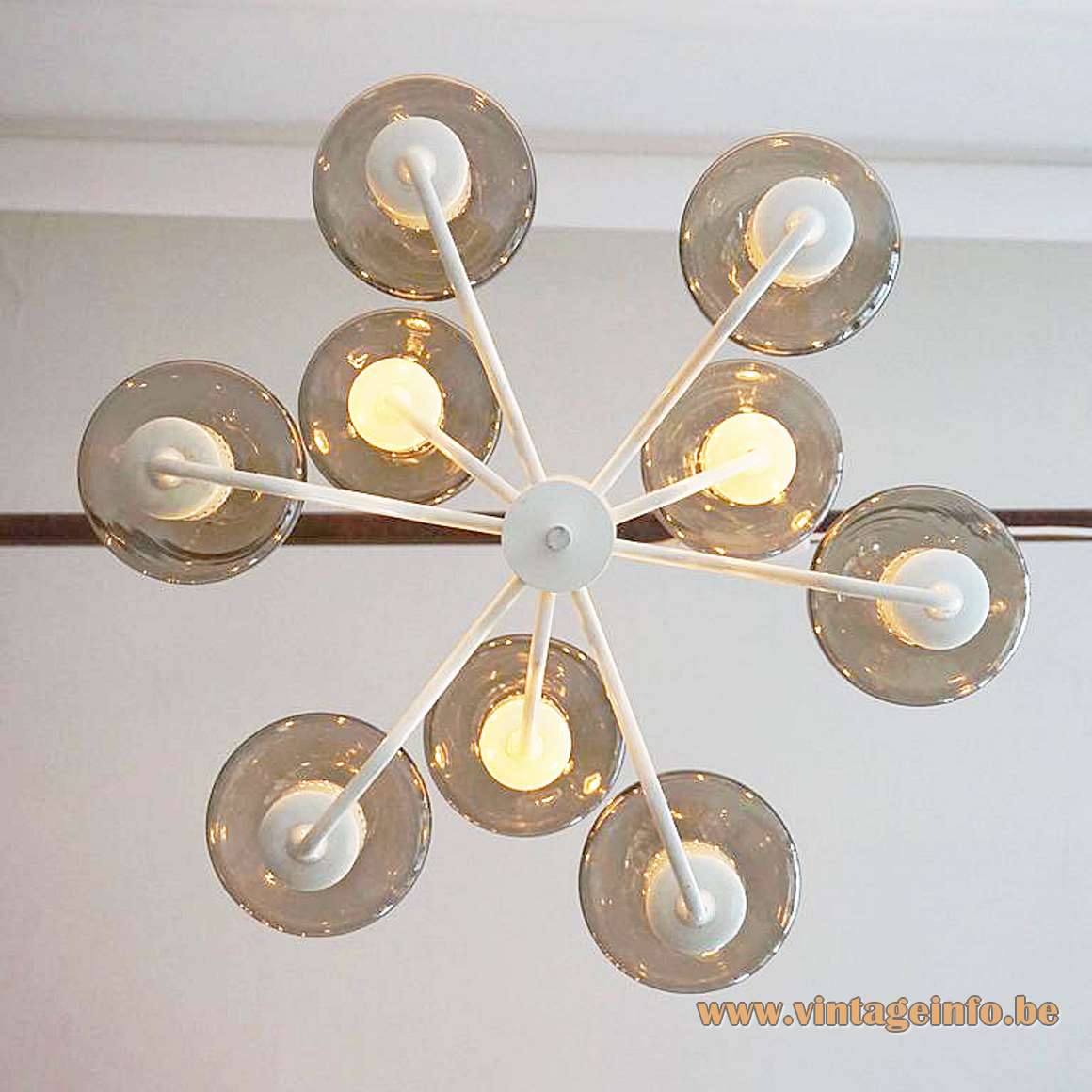 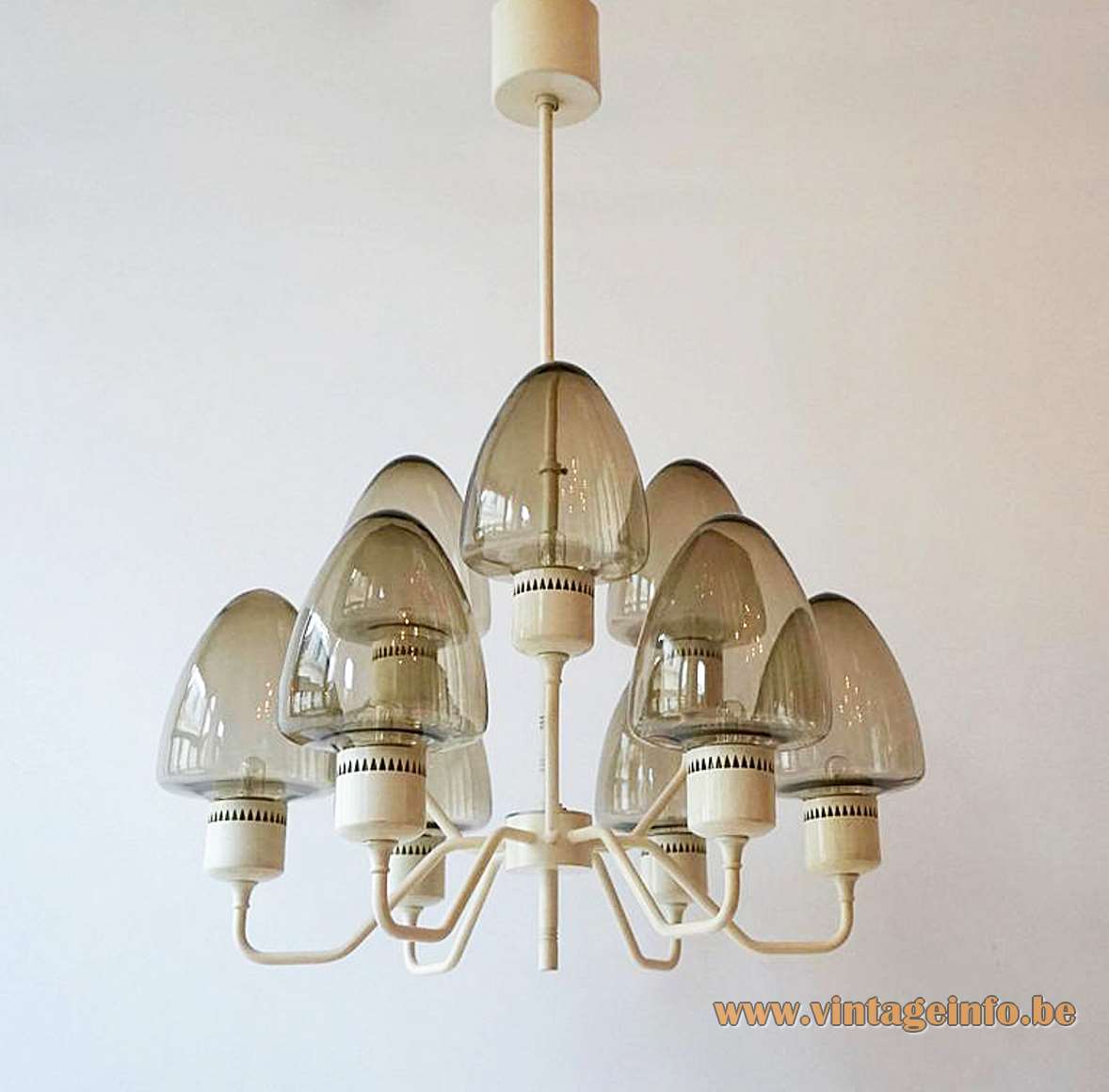 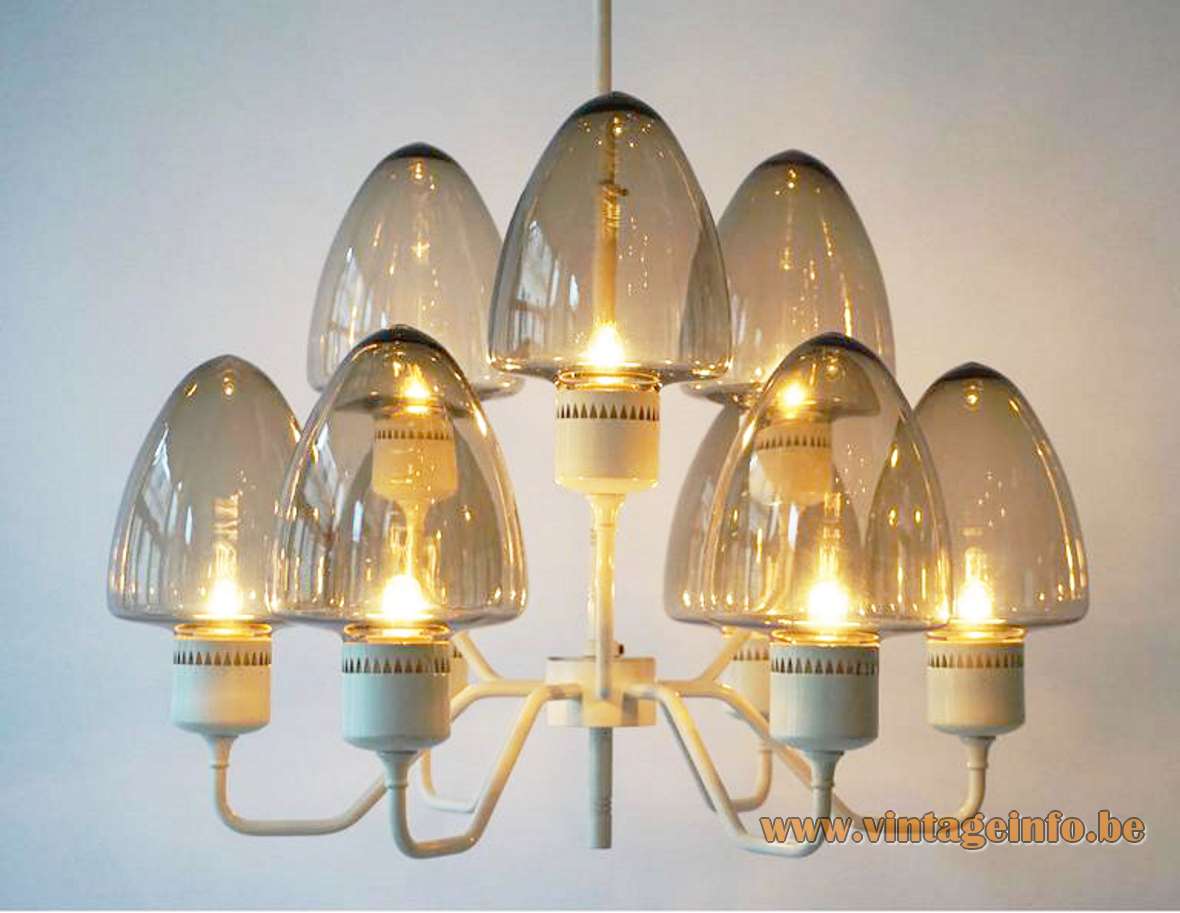 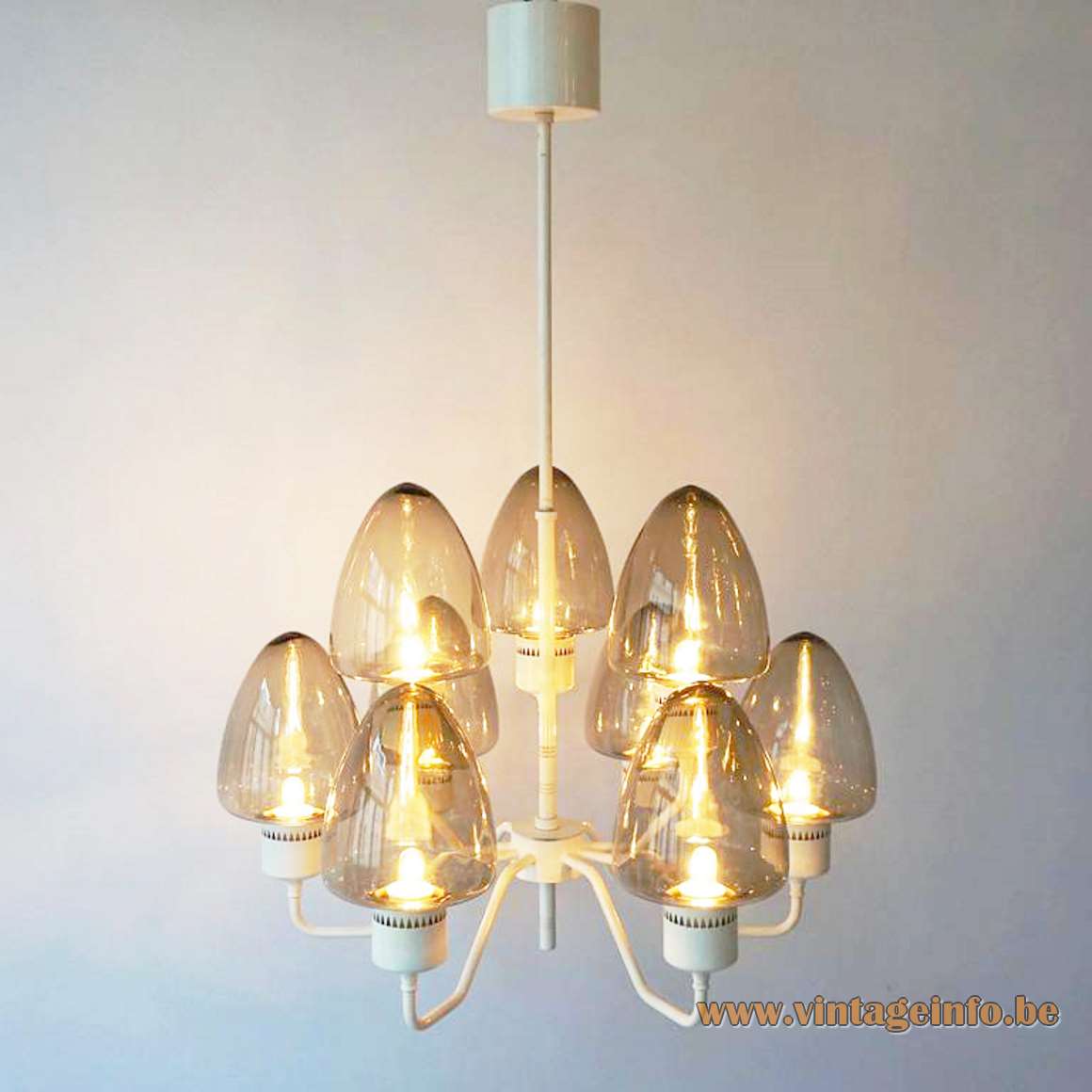 Other versions: This Hans-Agne Jakobsson white chandelier exists in countless versions. The company produced a large amount of different brass chandeliers, starting from the late 1950s. Some of them have names such as Patricia and Royal.