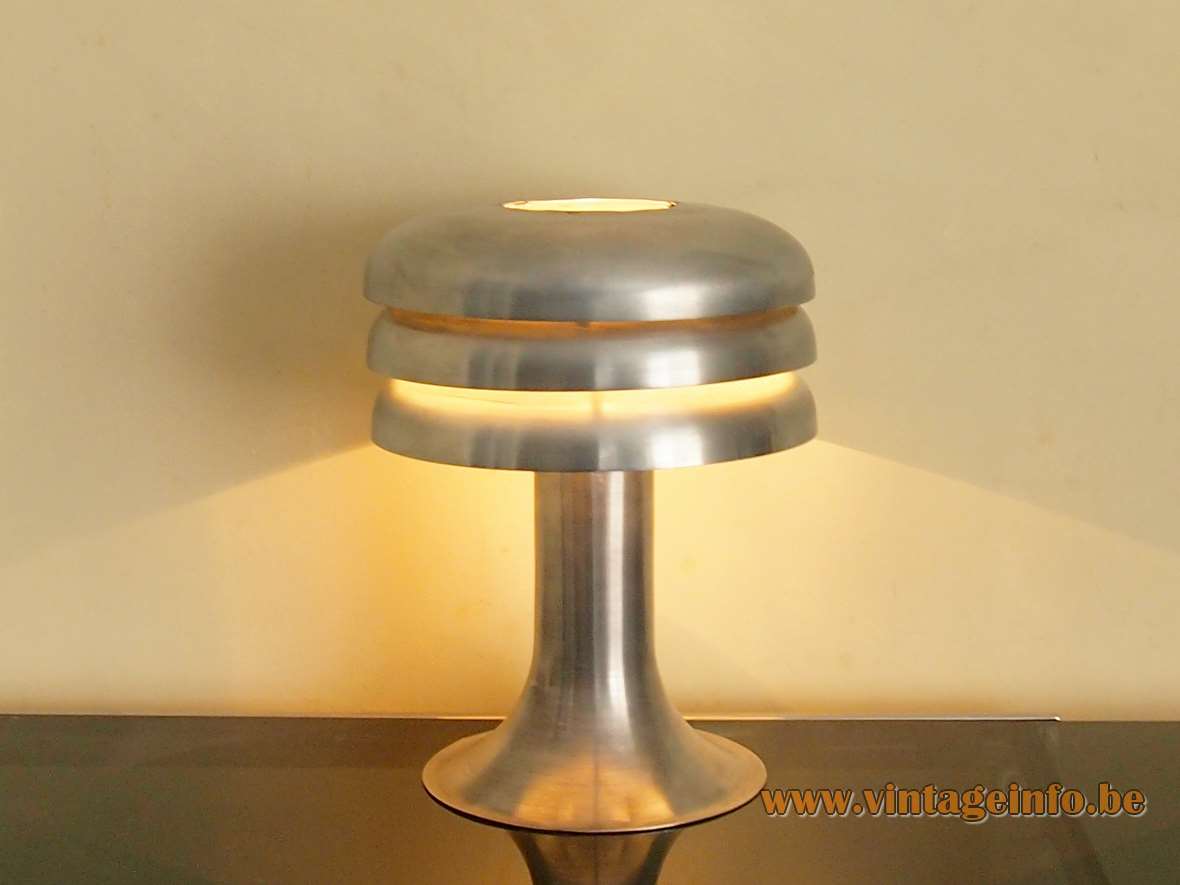 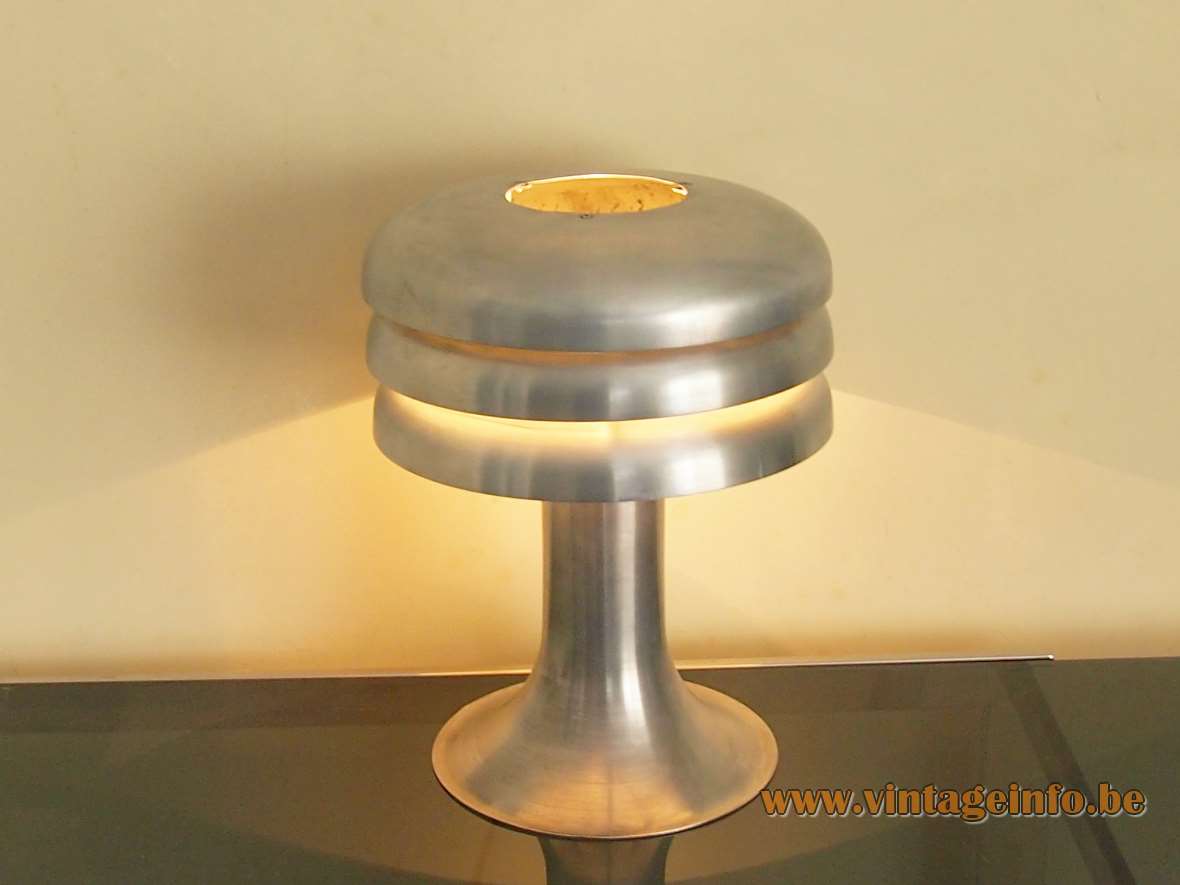 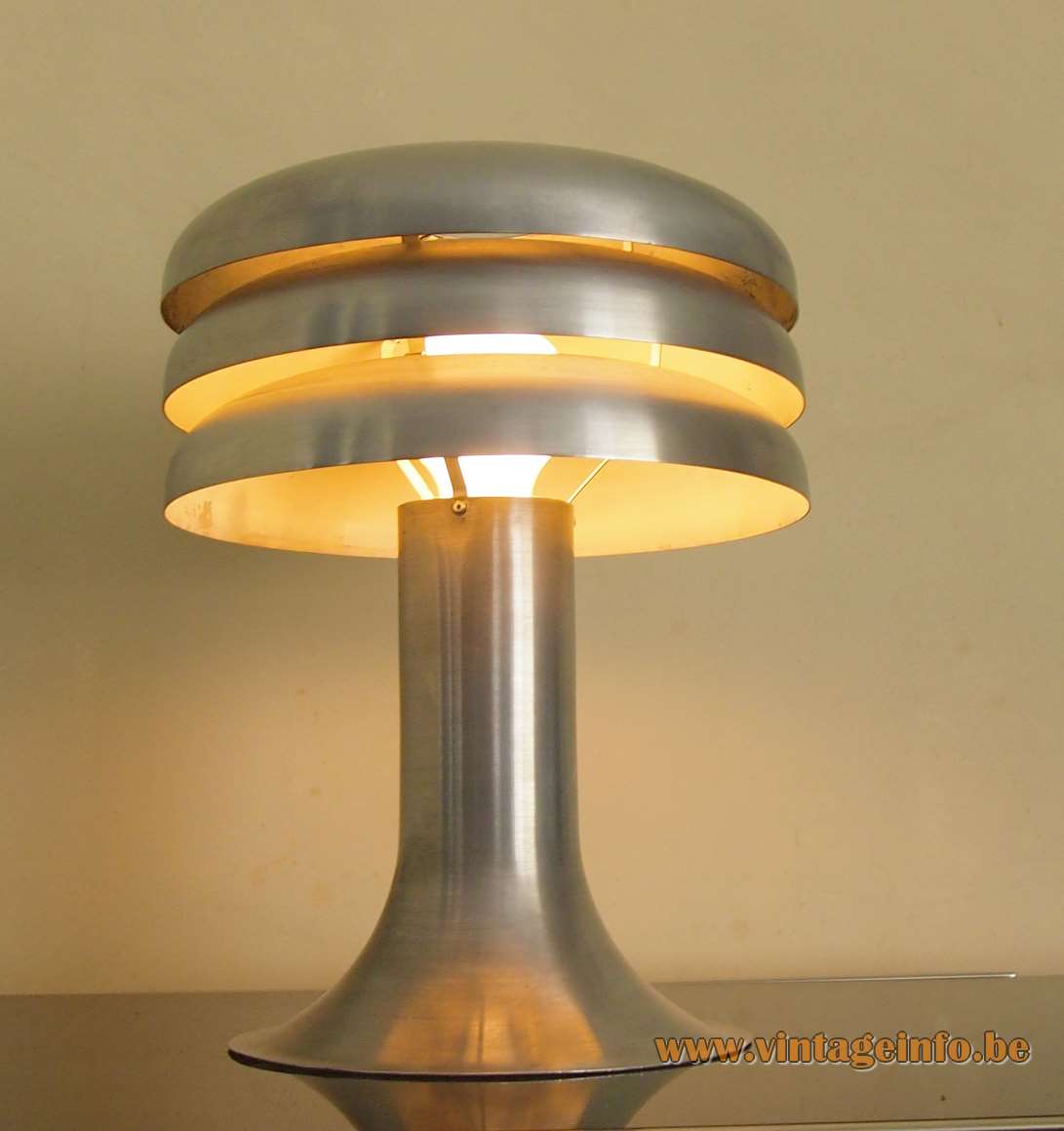 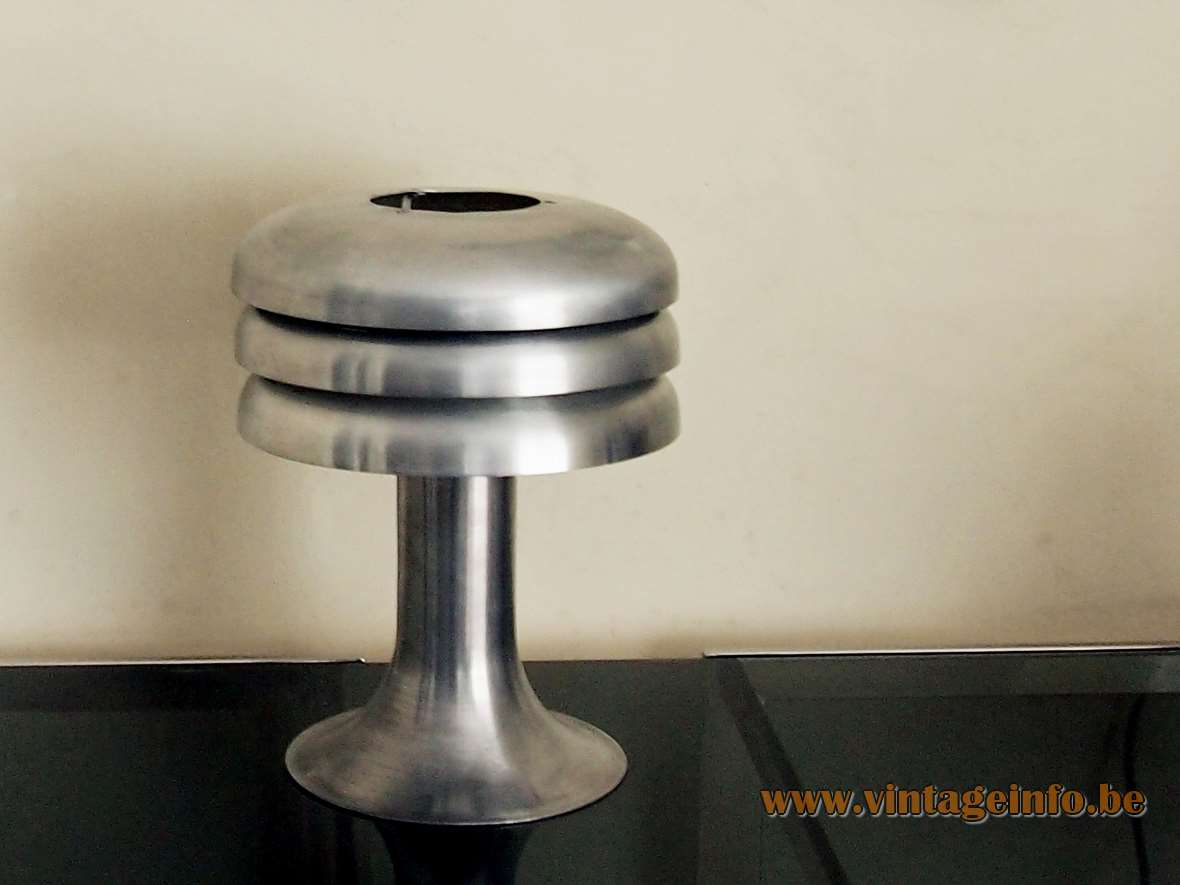 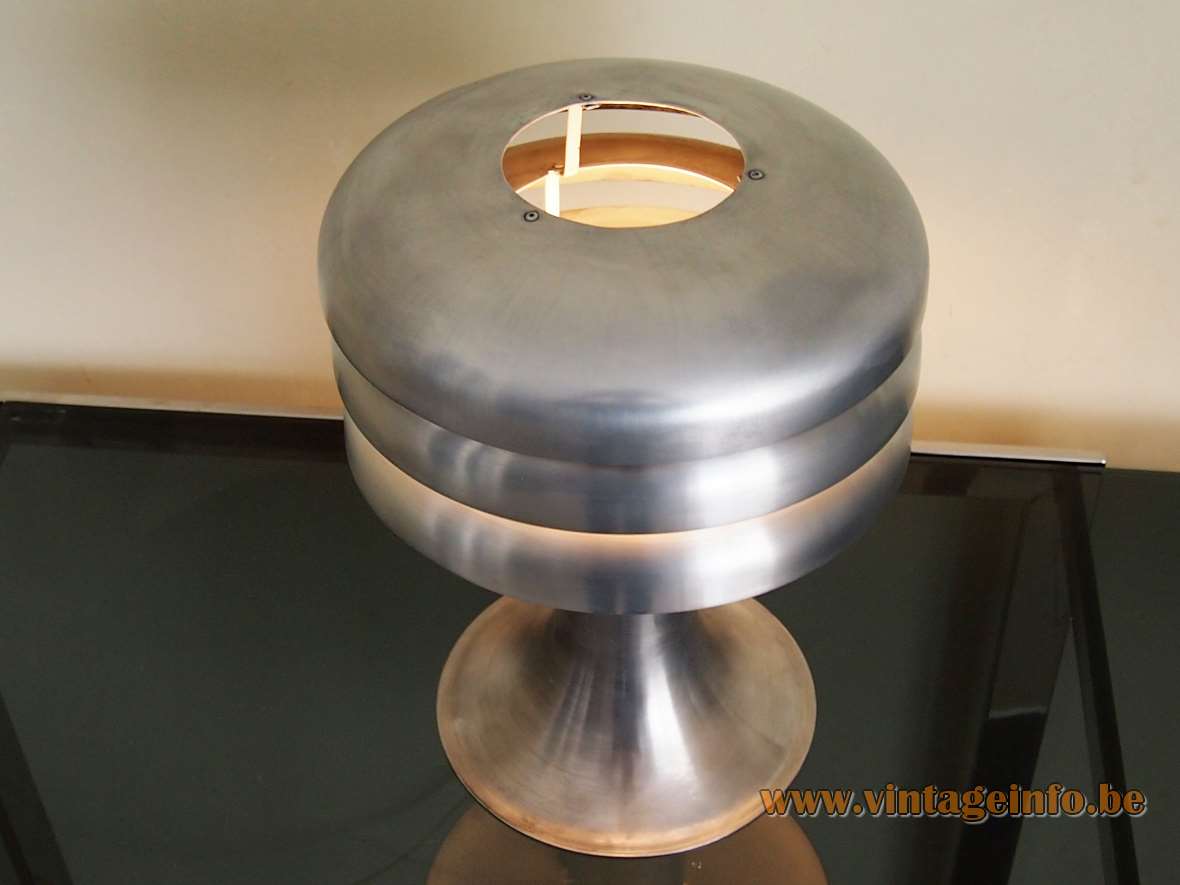 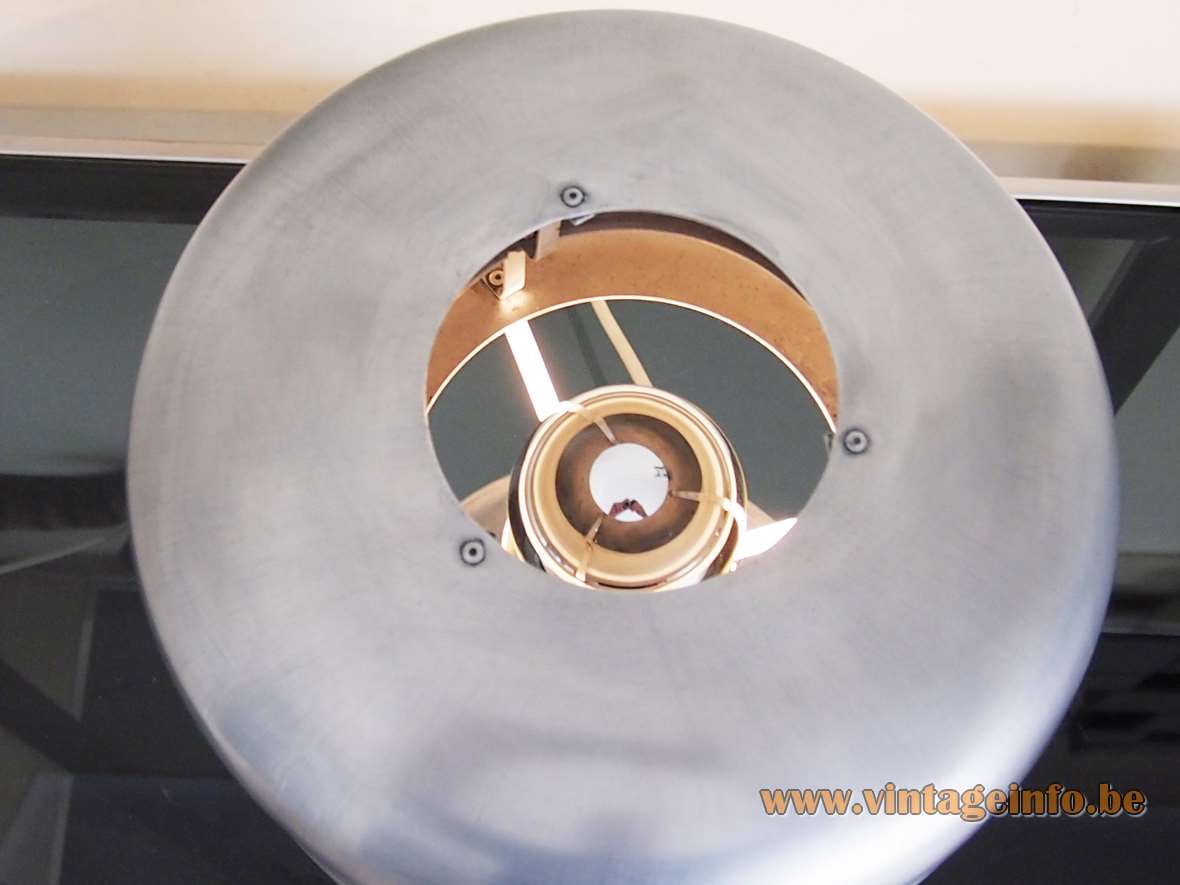 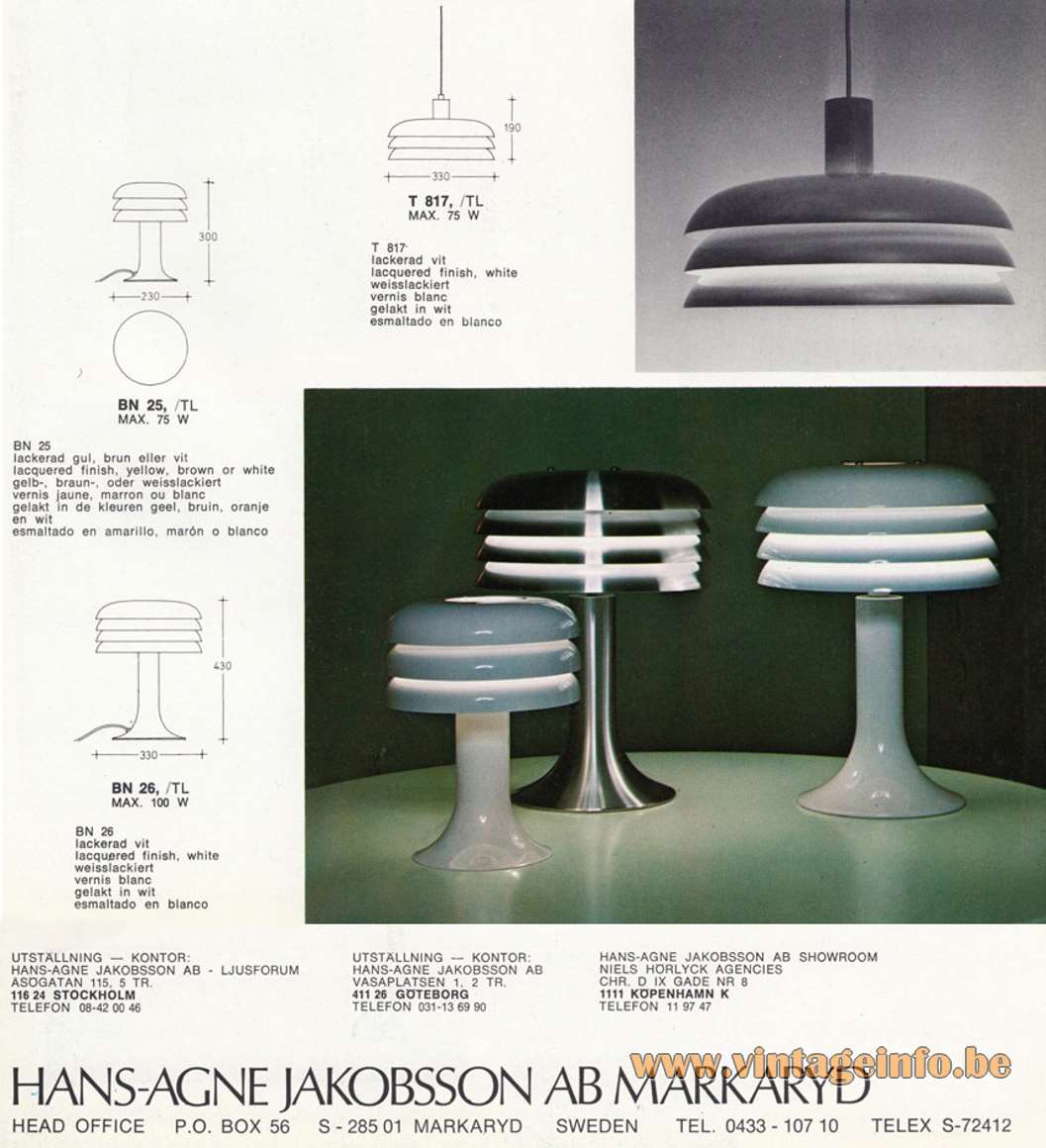 A Hans-Agne Jakobsson Lamingo T 742 pendant lamp was used as a prop in the 2008 British TV series Wallander. Here in season 1, episode 1. Starring Kenneth Branagh, Sarah Smart and Tom Hiddleston. Many other lamps appear in this series. 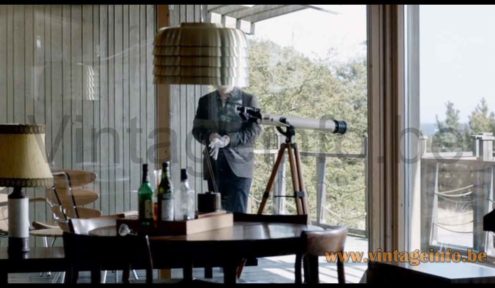 Materials: Round tubular aluminium base. Round 3 aluminium rings lampshade, painted white on the inside. Aluminium rivets. Some metal parts. Bakelite E27 socket.

Other versions: The Hans-Agne Jakobsson Lamingo BN 25 table lamp exists in several colours except for this aluminium version. A white version can be found here. It was produced for several years as you can see on the labels below. The model with 4 rings is model BN 26.

The name Lamingo is derived from the word lamelae, lammeller in Swedish. The slogan was: “Lamingo, lamper med omgivningsljus”. Lamingo, lamps with ambient light. “This leaflet introduces to you a family of lamps with laminated shades. Hence the name LAMINGO.” Hans-Agne Jakobsson designed many lamps in this style, also a series in pine wood produced by his other company AB Ellysett.

In 1951 he founded his own lighting company Hans-Agne Jakobsson AB in Markaryd. He also designed lamps for his 2 other companies: AB Ellysett, also in Markaryd. Lamps completely made of pine wood; it was his first step in the lighting business and his biggest success. SCAN-LIGHT was the third company. SCAN-LIGHT was the company for lamps that were mostly made of plastic. It was also located in the same town.

Hans-Agne Jakobsson also had companies abroad: In The Netherlands it was Svera – Hans-Agne Jakobsson Nederland N.V. It was located at The Hague. Other seats from the company were located in Paris, France, Darmstadt, Germany. Barcelona, Spain, Stäfa, Switzerland. Oslo, Norway and of course Stockholm, Sweden. There was also a showroom in Toronto, Canada. 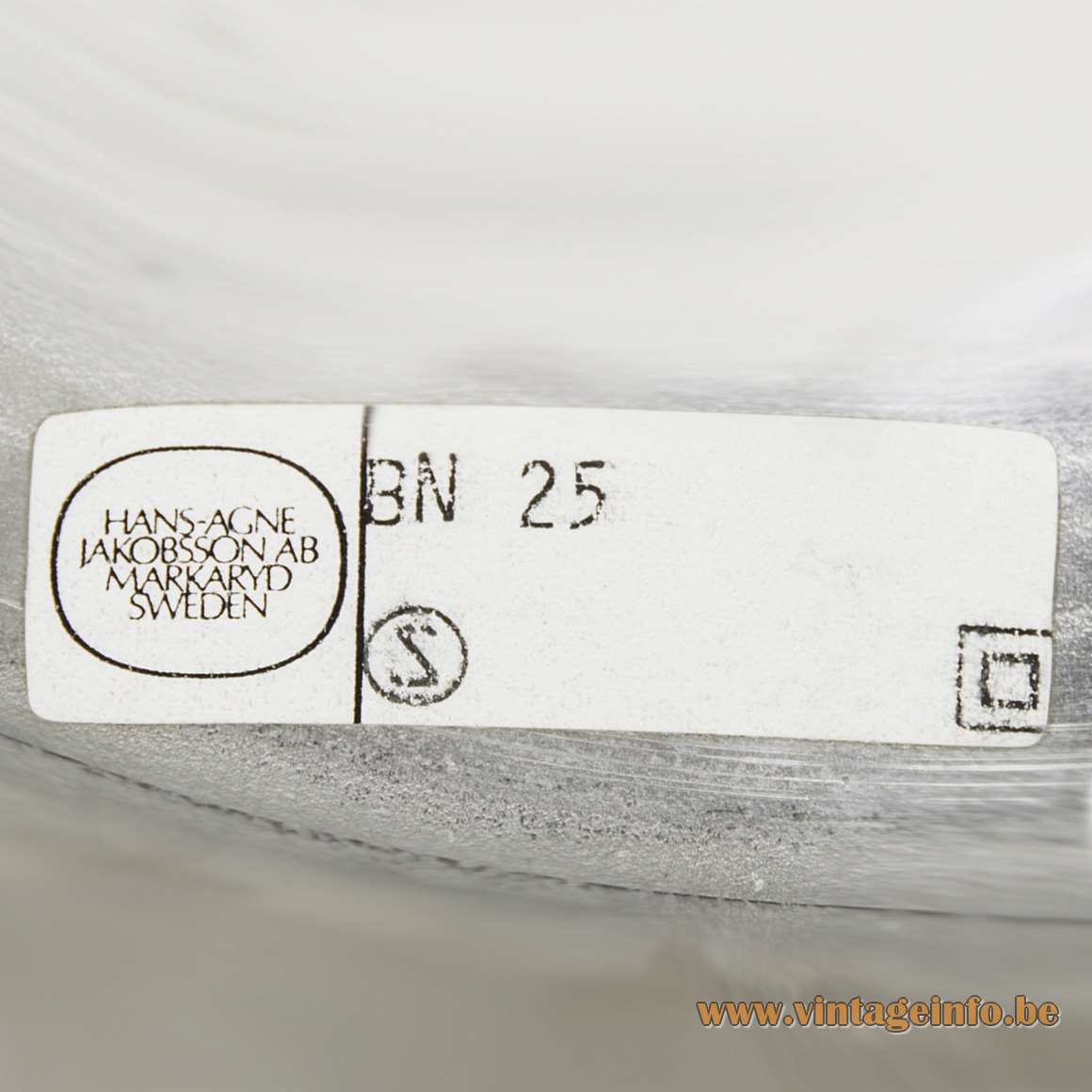 Wooden pendant and wall lamps in the 1958 Raak Catalogue

Many thanks to Ger for the photos and the enthusiasm.