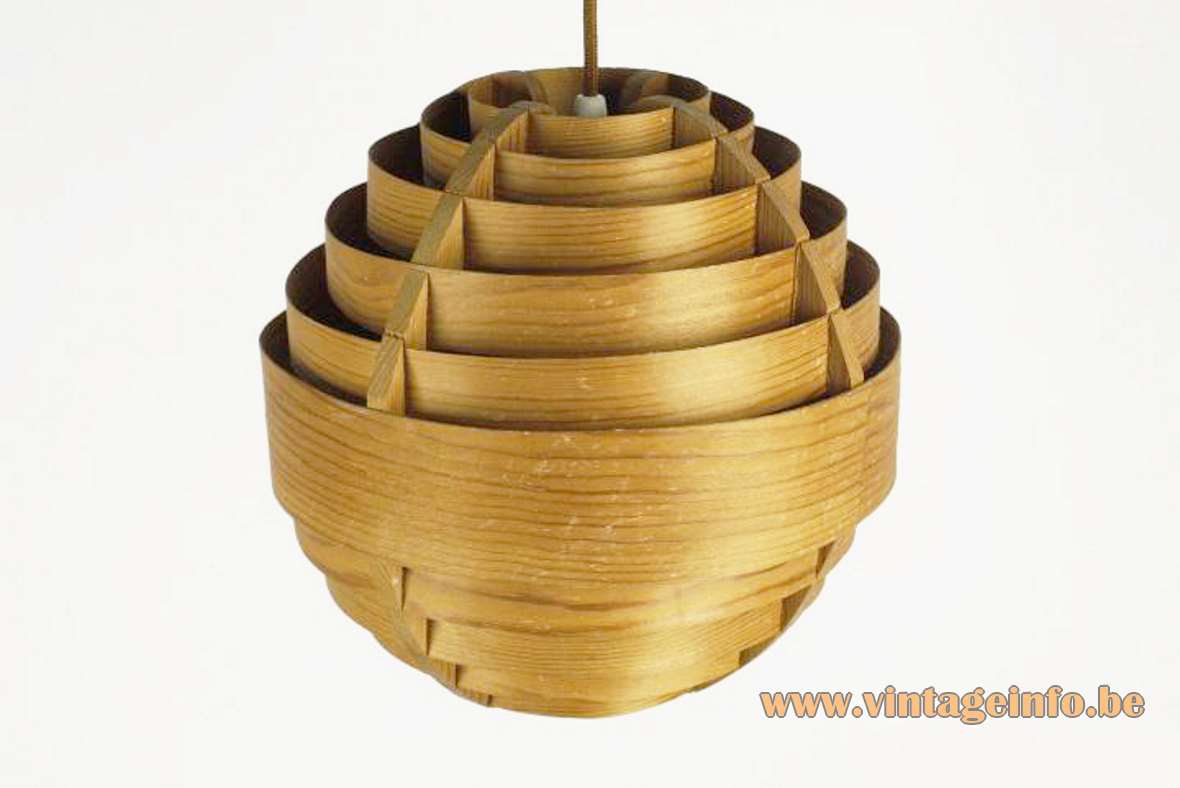 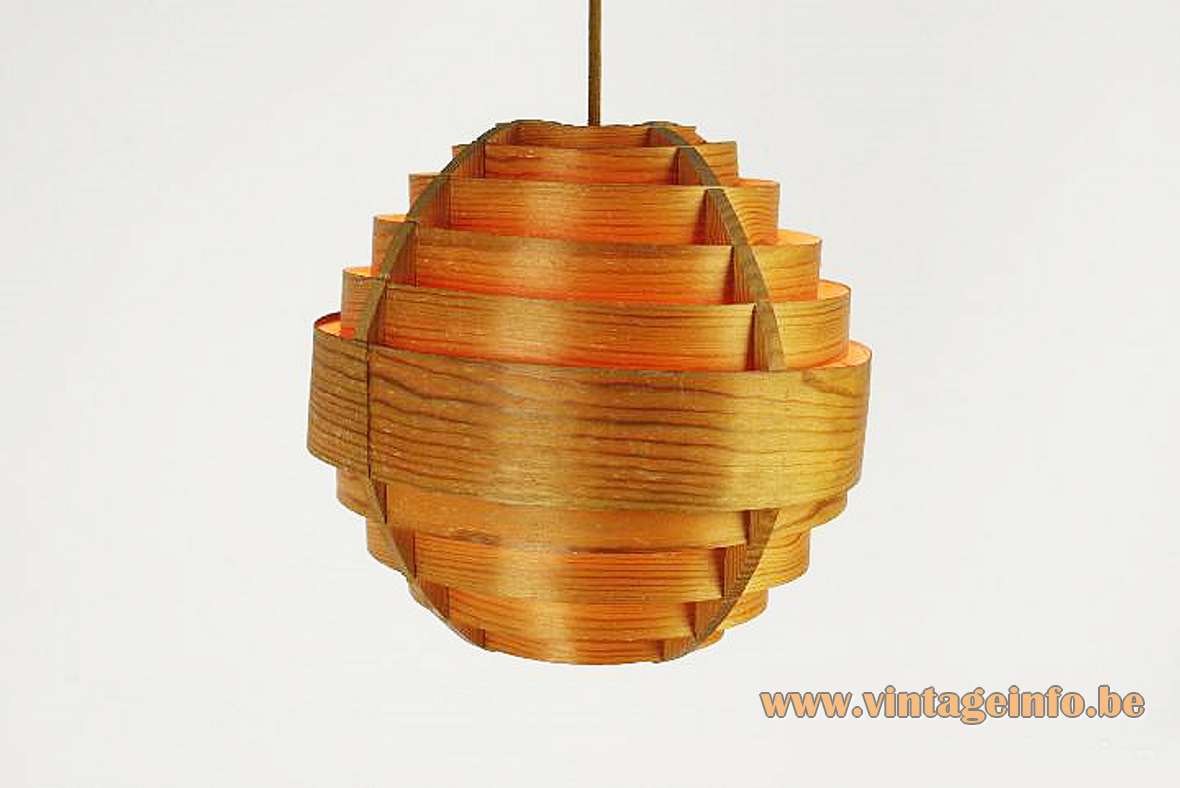 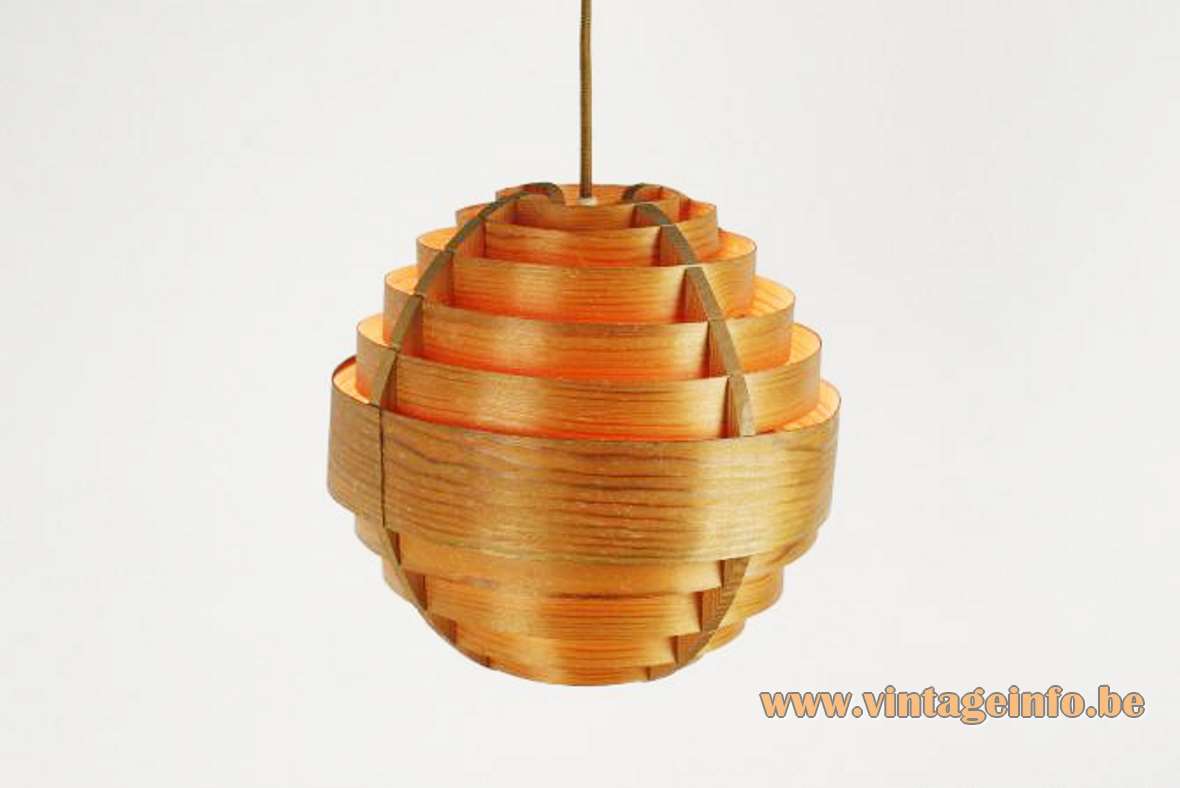 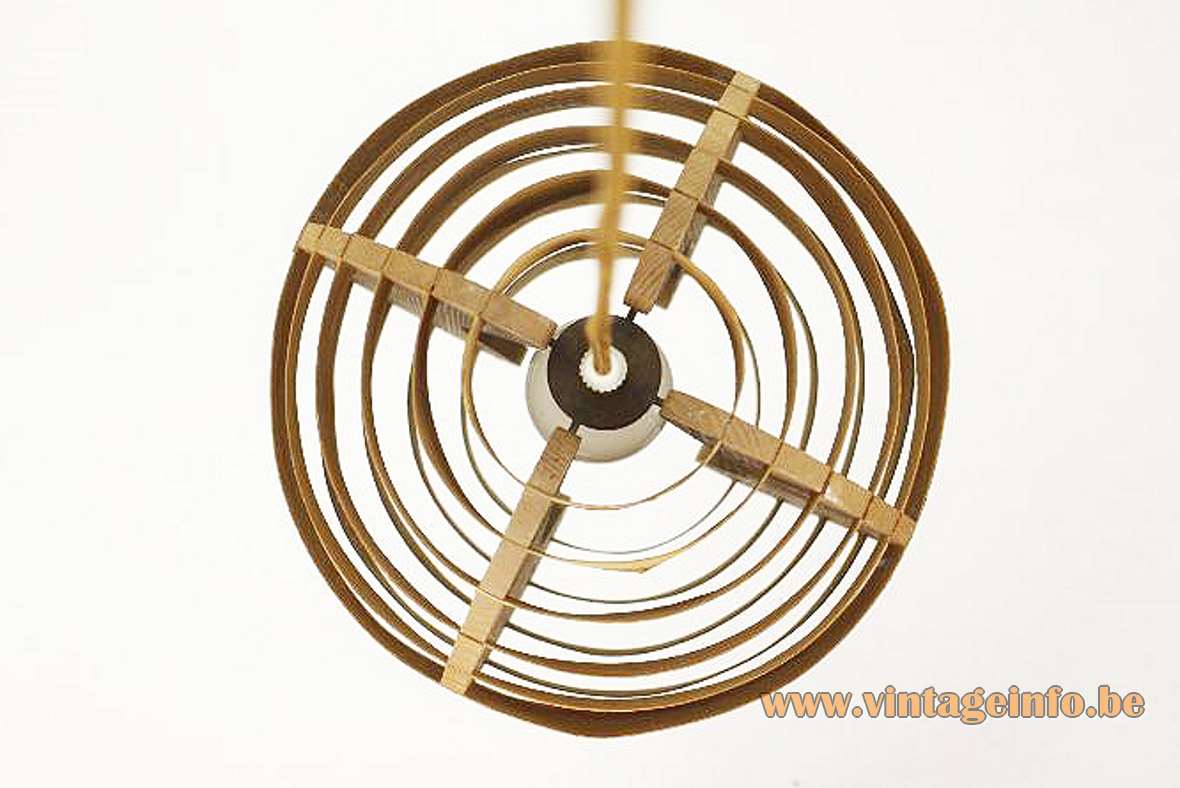 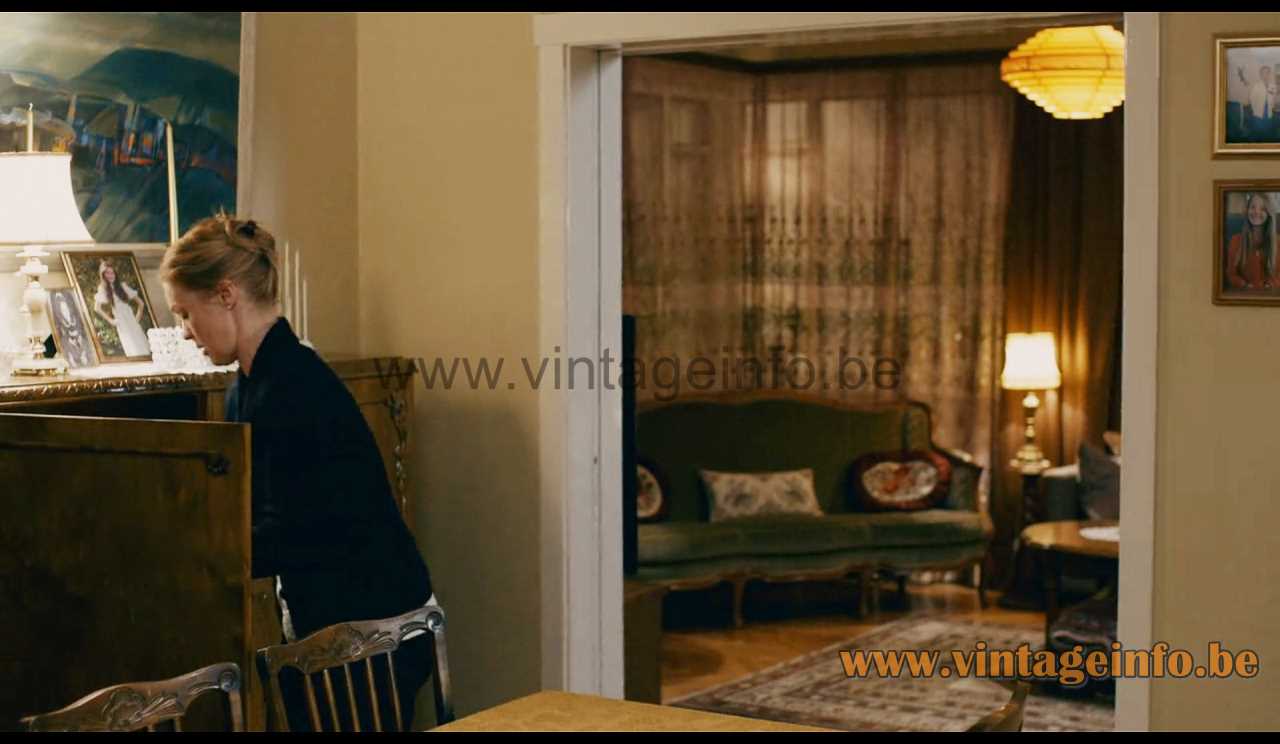 AB Ellysett made many pine lamps for IKEA in the 70s after his designs from the 50s and 60s. The material is the same and so is the construction. When you have a lamp without a label, it is in all probability a Hans-Agne Jakobsson lamp made for IKEA.

Other versions: This Hans-Agne Jakobsson pine slats pendant lamp exists in many variations.

A Hans-Agne Jakobsson pine slats pendant lamp was used as a prop in the 2020 American Netflix drama television miniseries The Queen’s Gambit. Starring Anya Taylor-Joy, Bill Camp, Moses Ingram. Many other lamps appear in this series. Some are bit to young for the 60s, but that doesn’t spoil the fun. 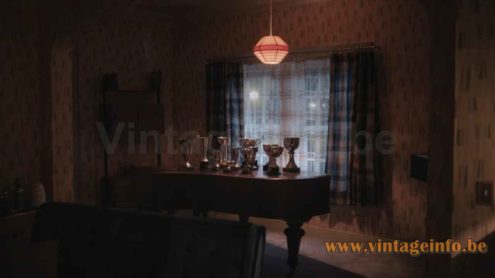