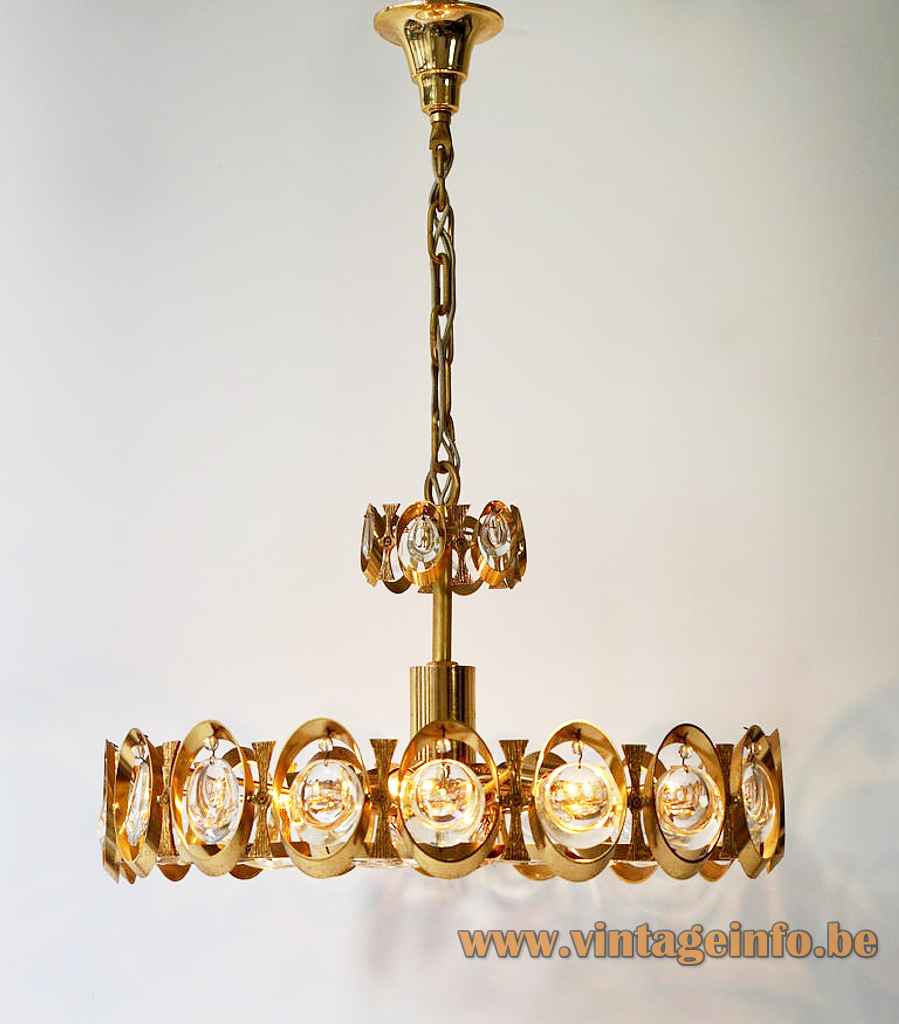 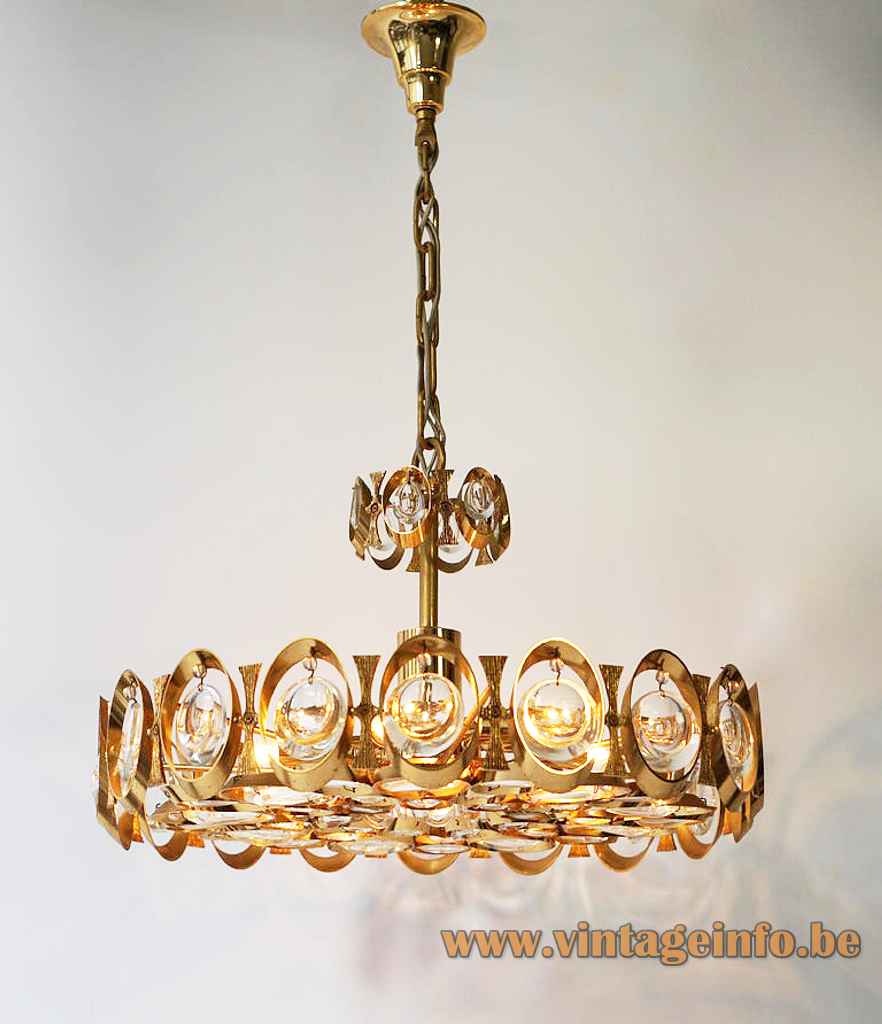 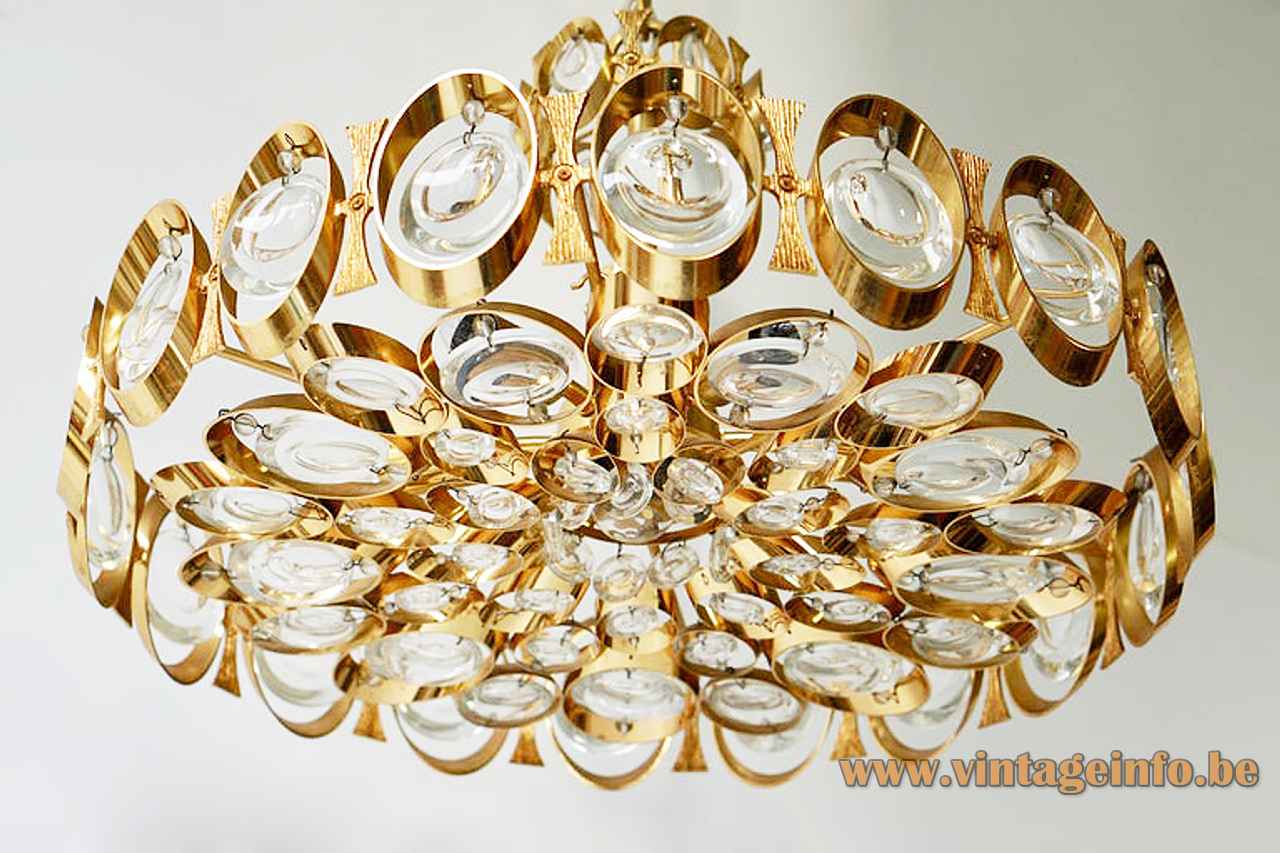 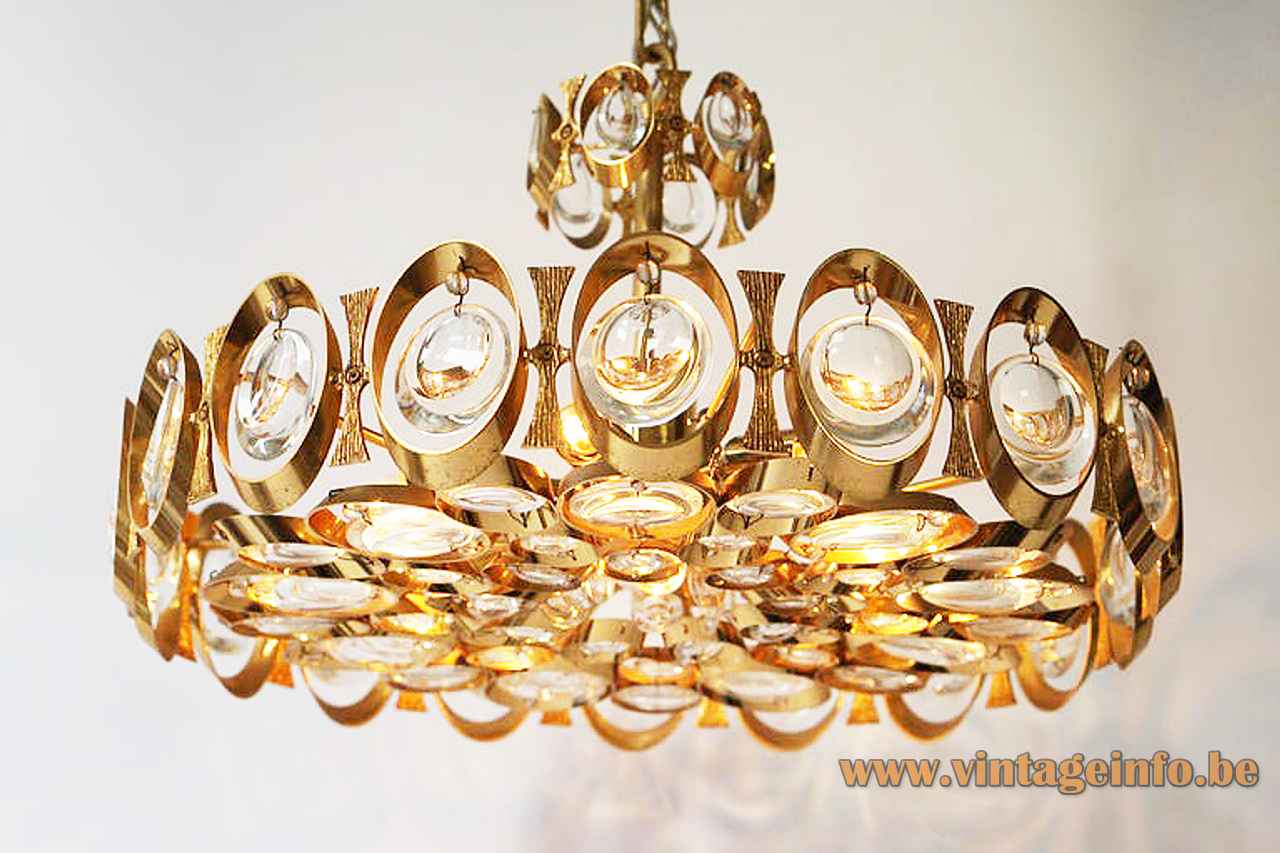 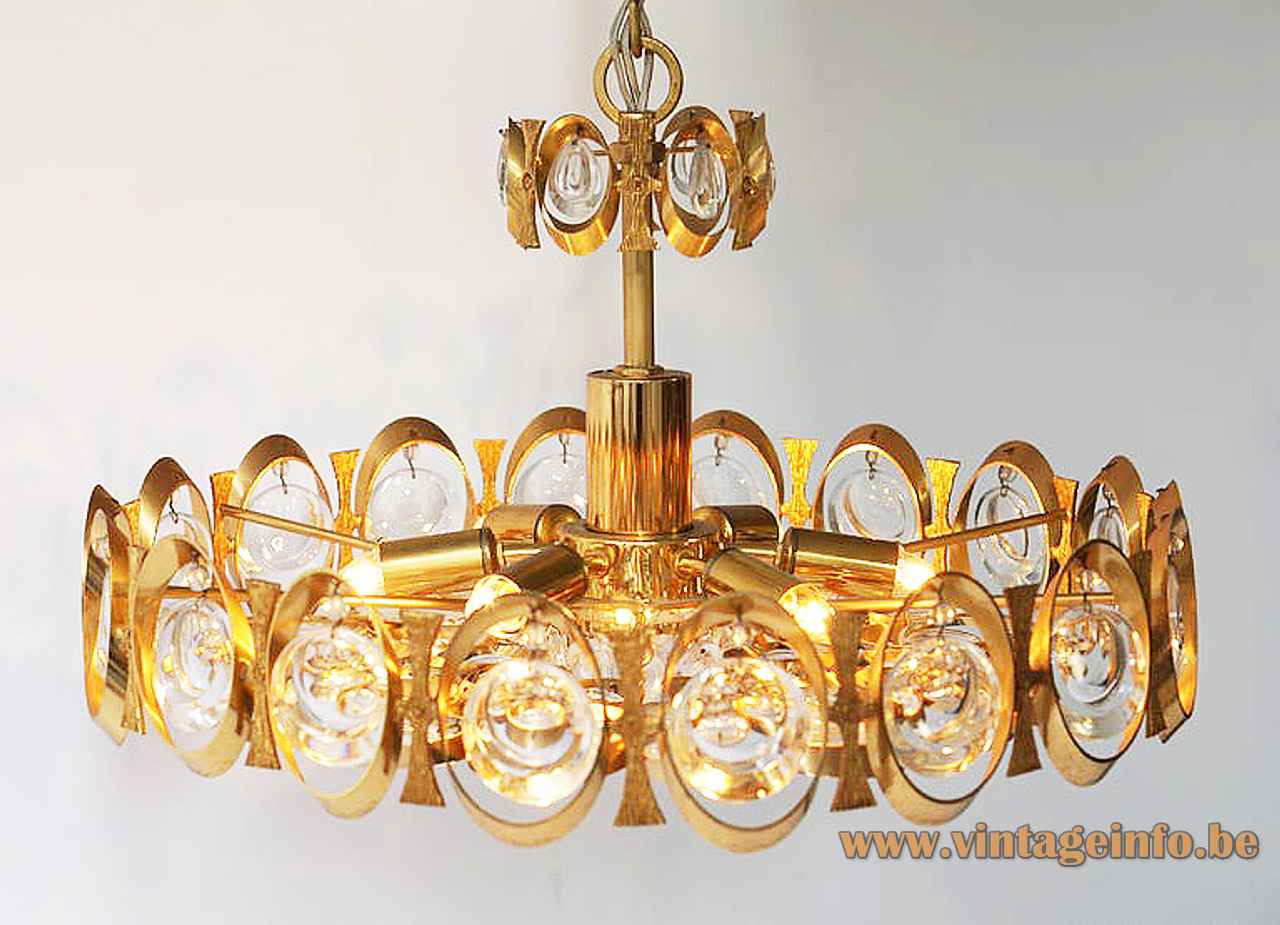 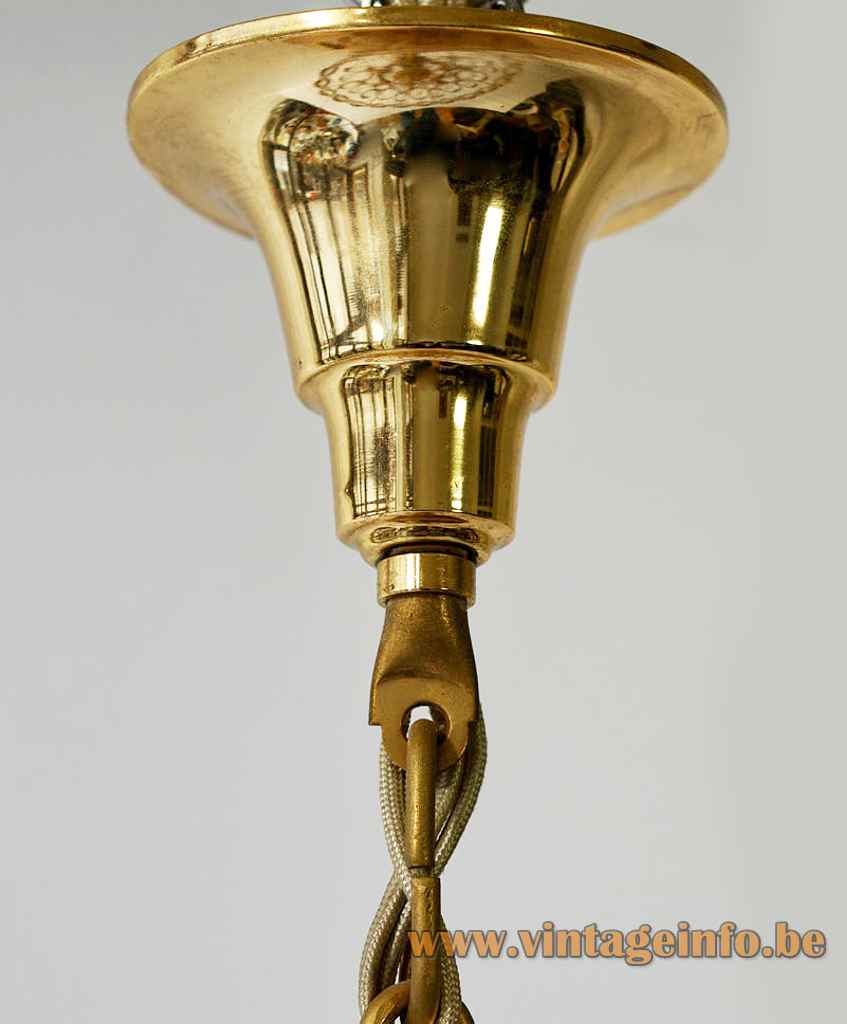 Other versions: This Palwa oval rings chandelier exists in many variations. Smaller and bigger versions and wall lamps were made.