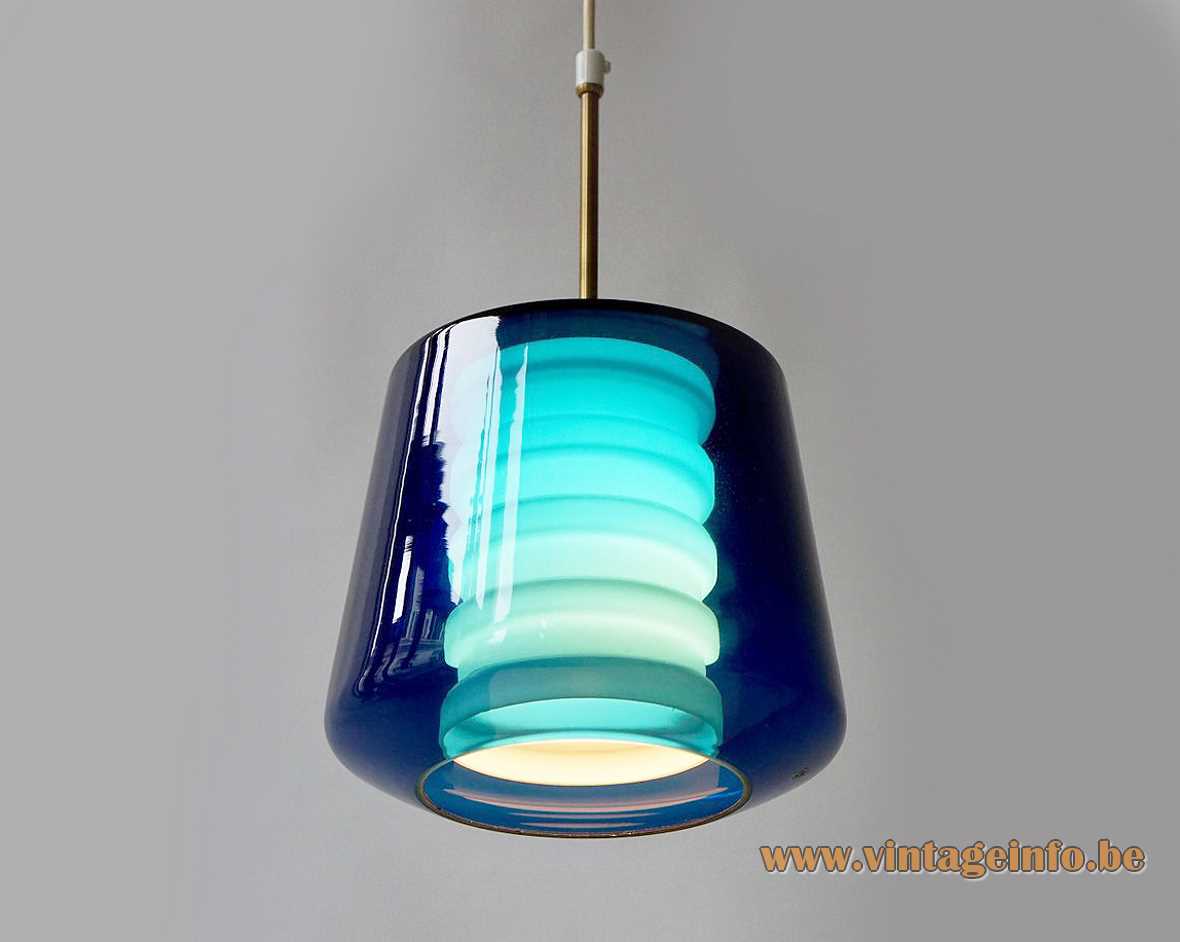 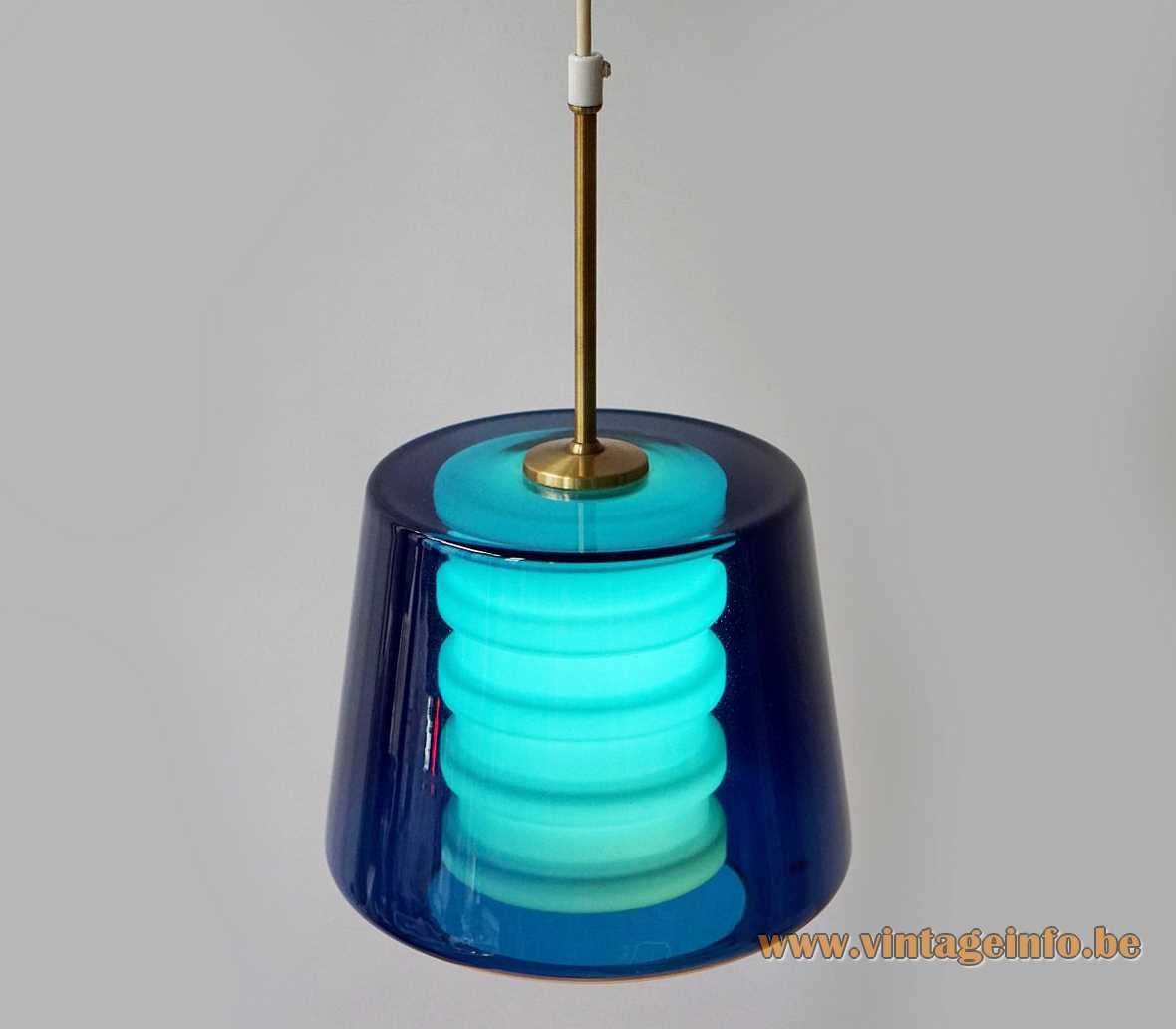 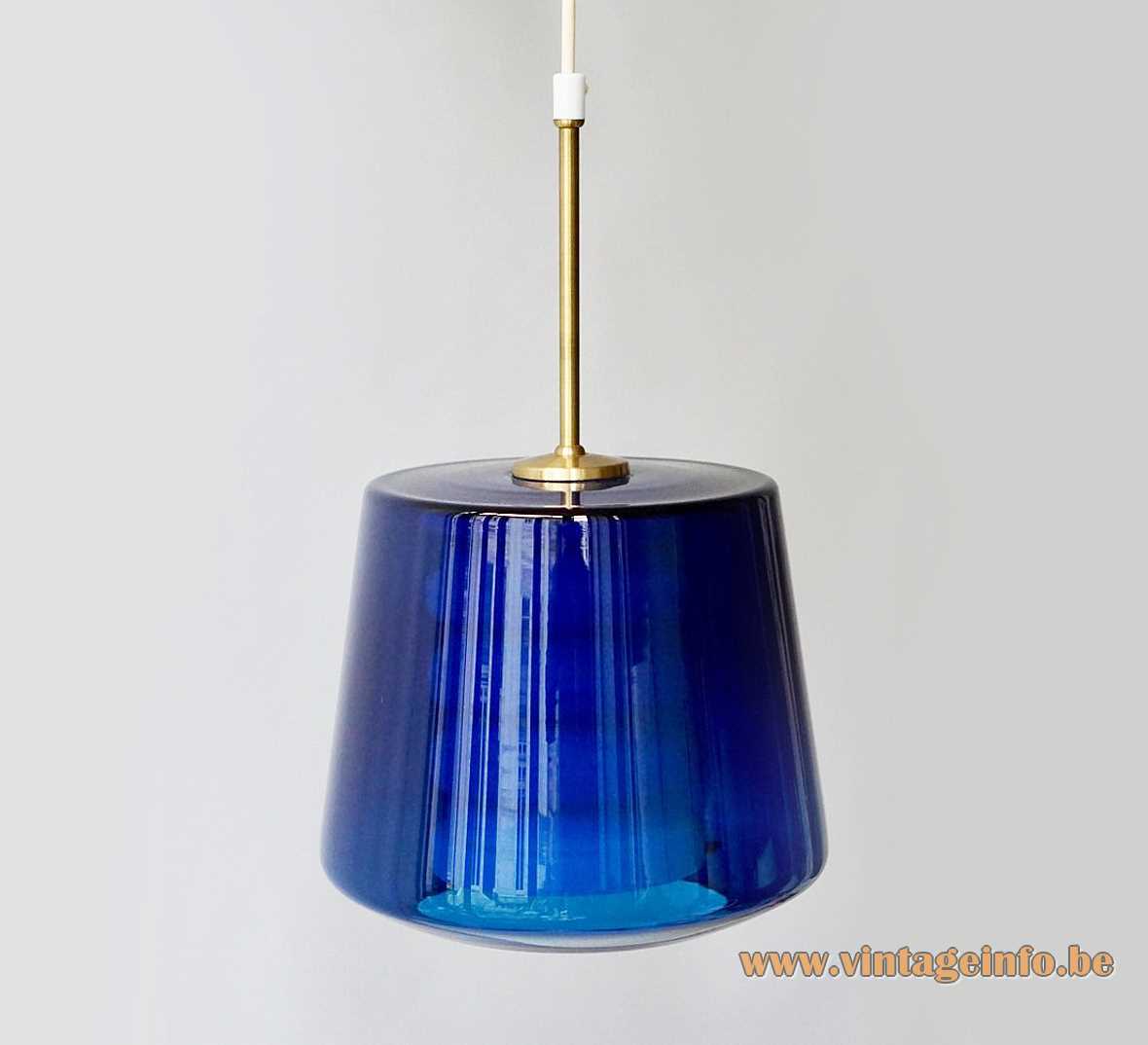 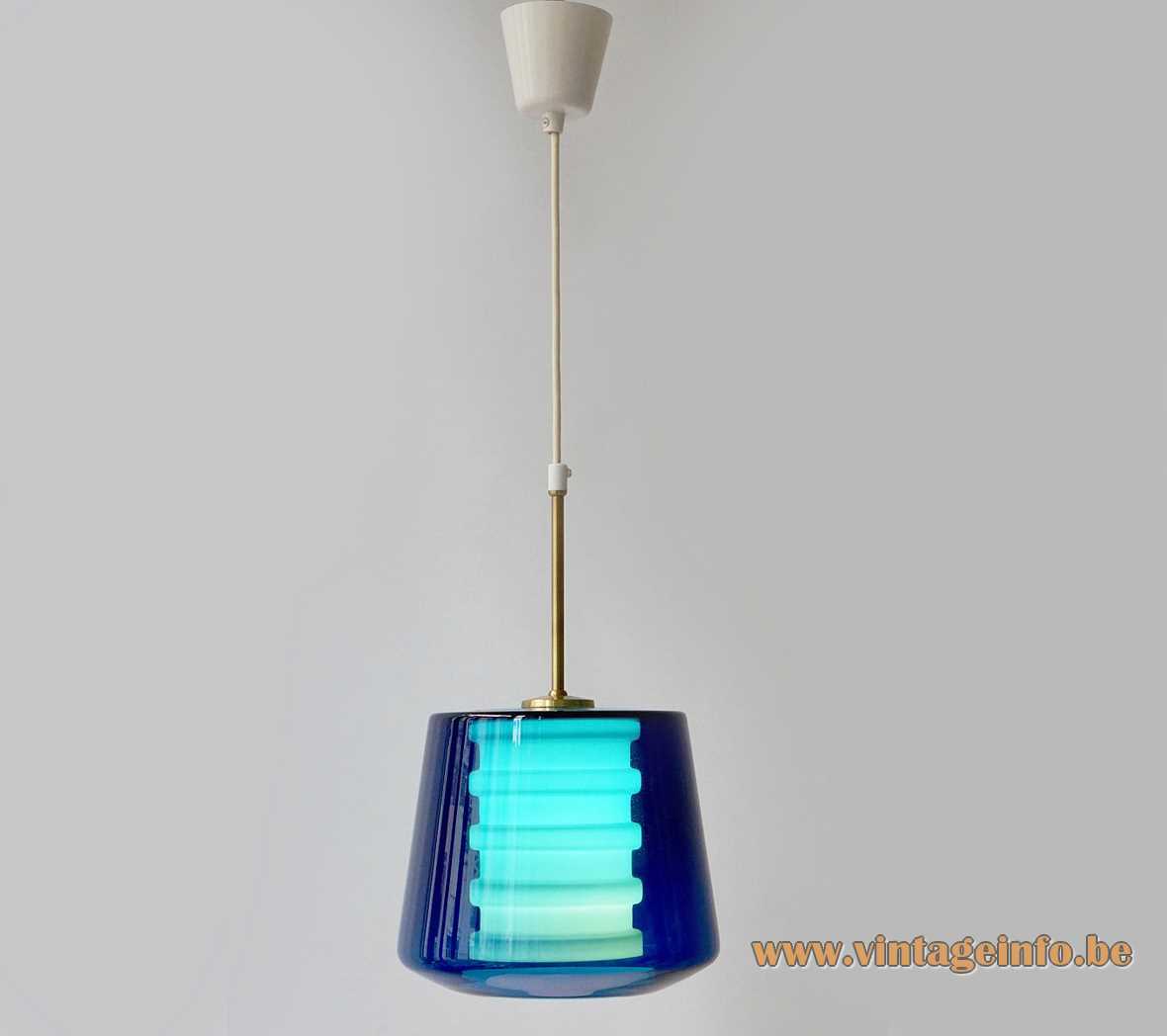 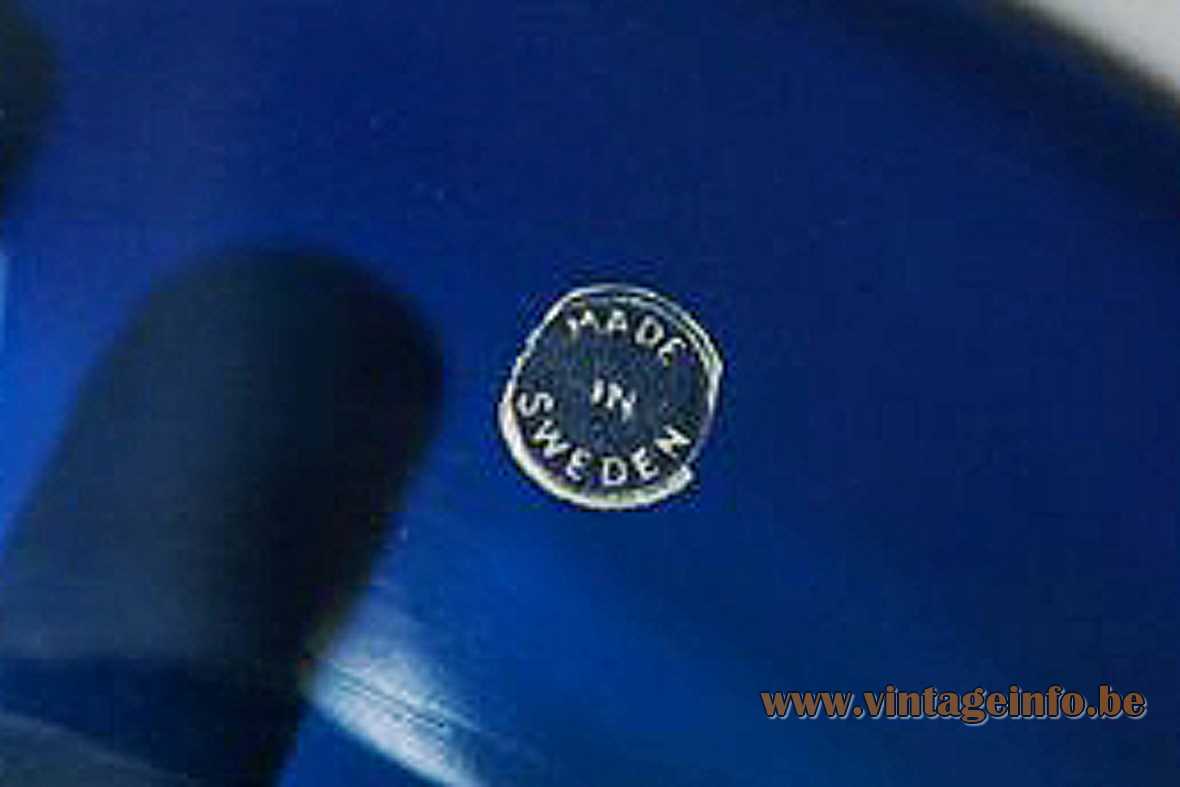 Other versions: This Philips Torino pendant lamp was probably made in several colours.

The label on this lamp ‘Made in Sweden”, is a generic label, also found on the glass of the Swedish company Elme Glasbruk, well known for their vases, not for lighting. Maybe the company produced the glass for this pendant lamp. Another Swedish company, Orrefors, not only produced glass, but also lighting. But they use different labels. 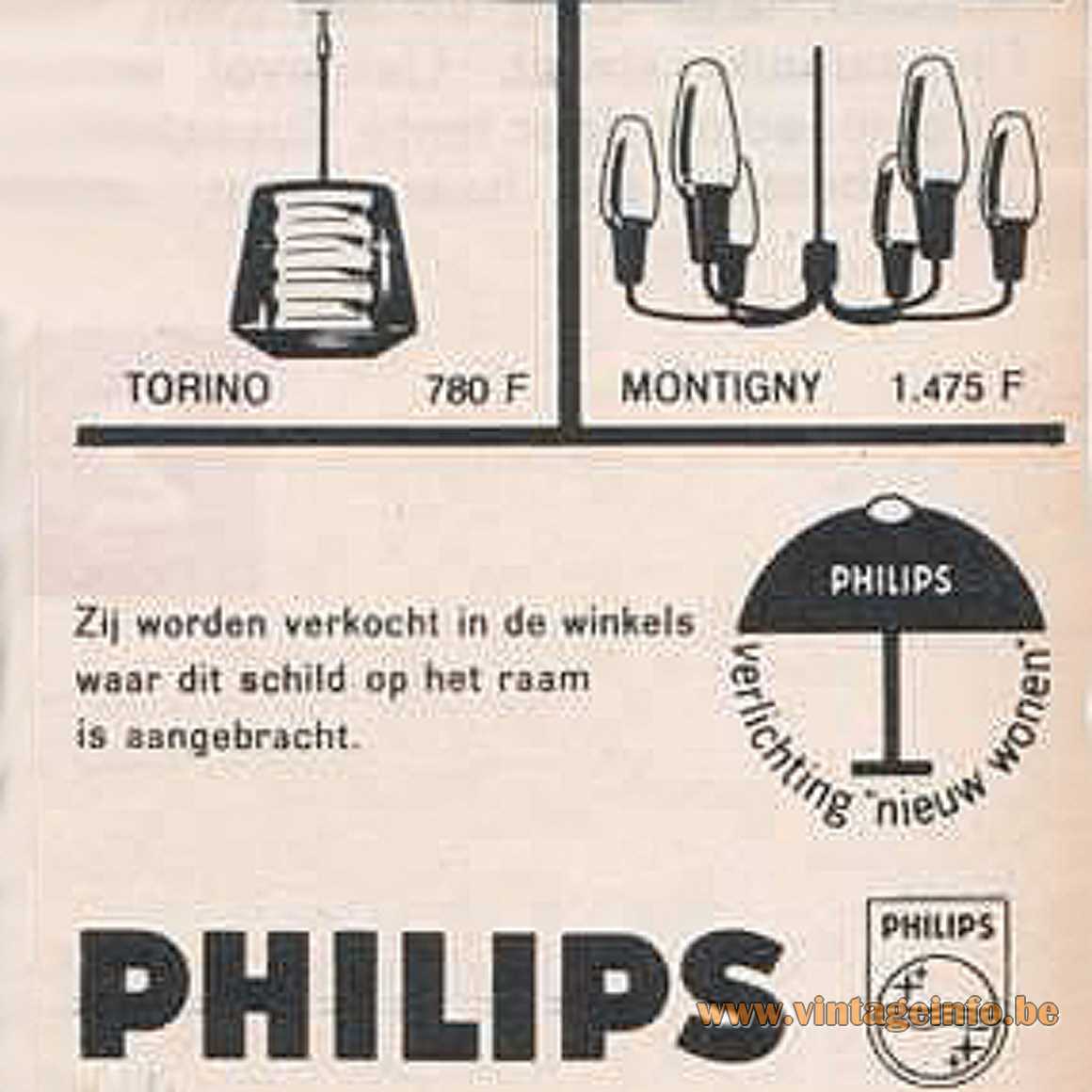