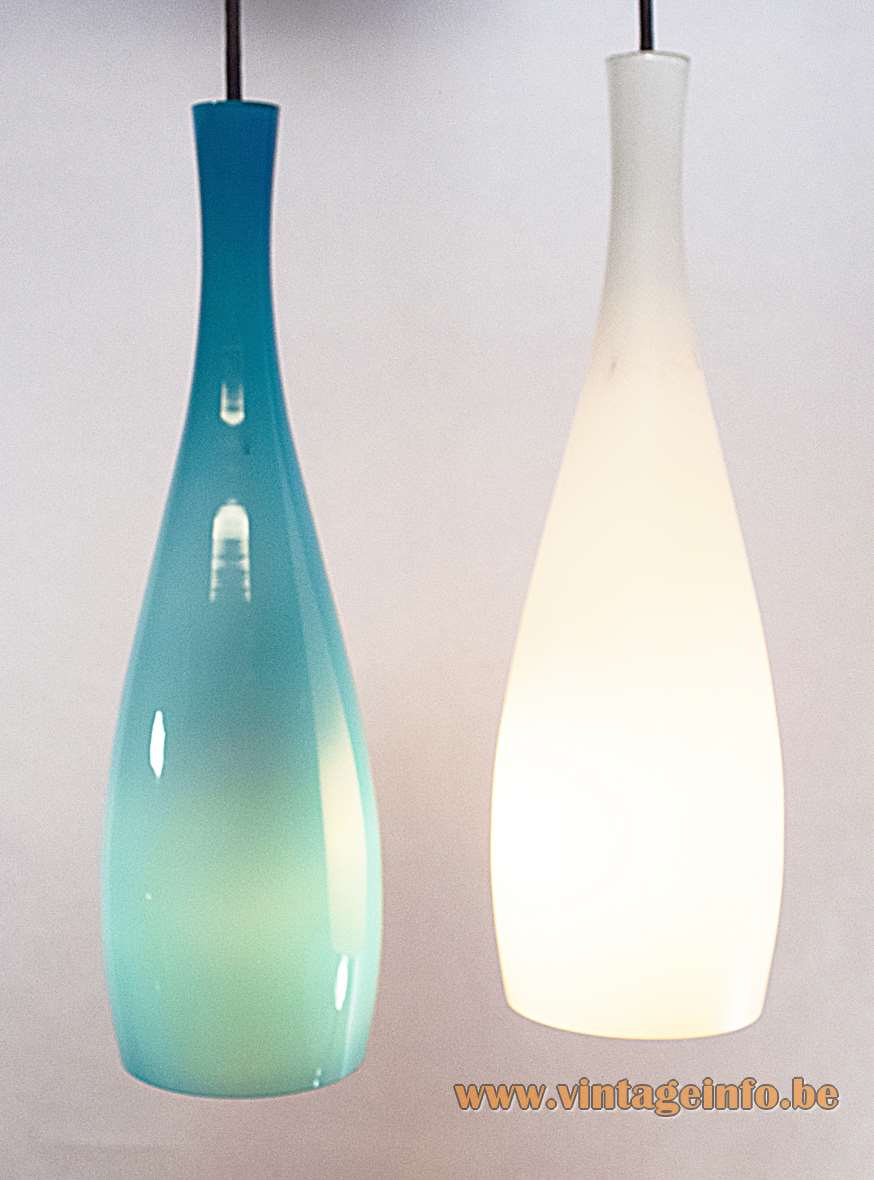 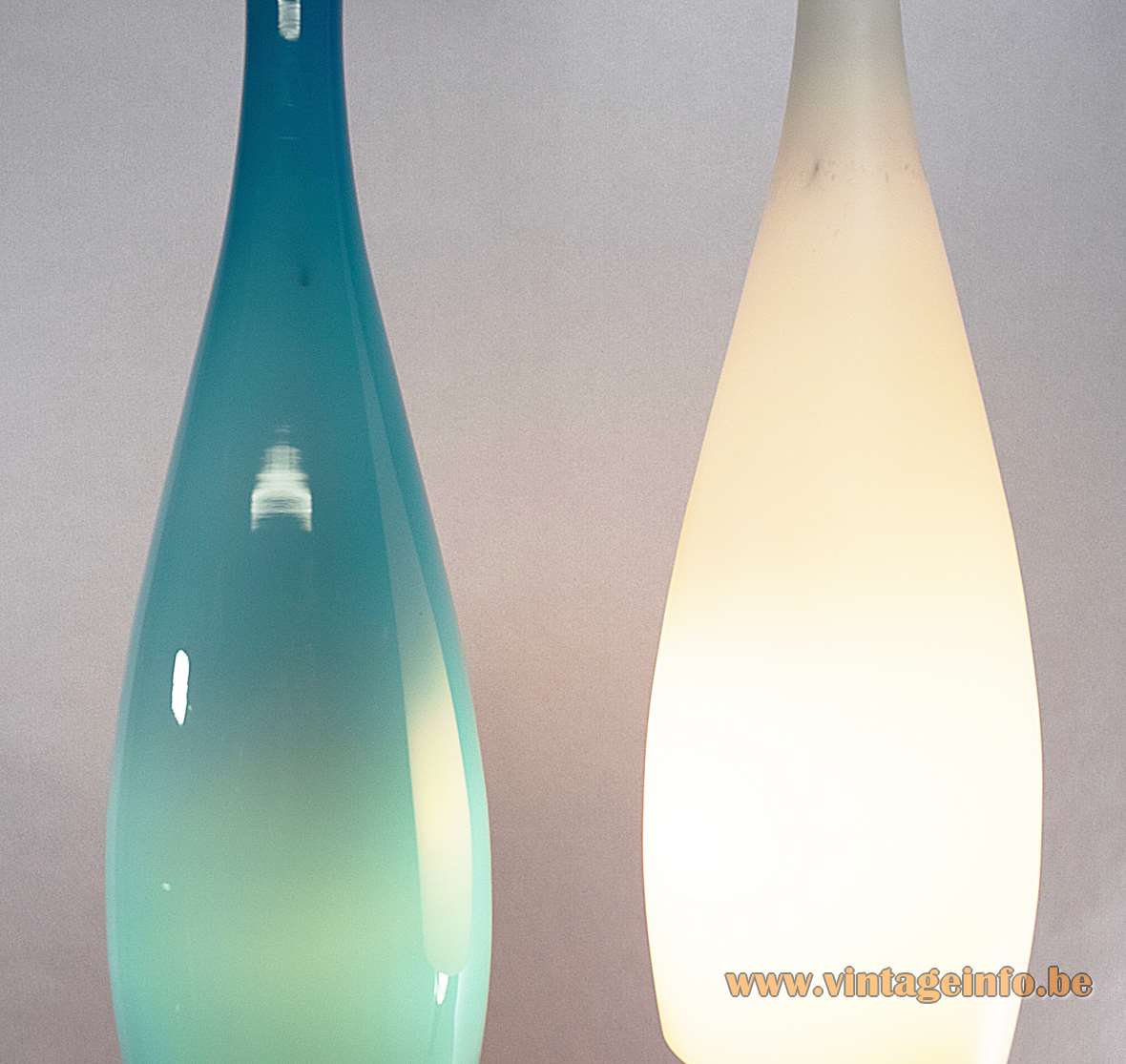 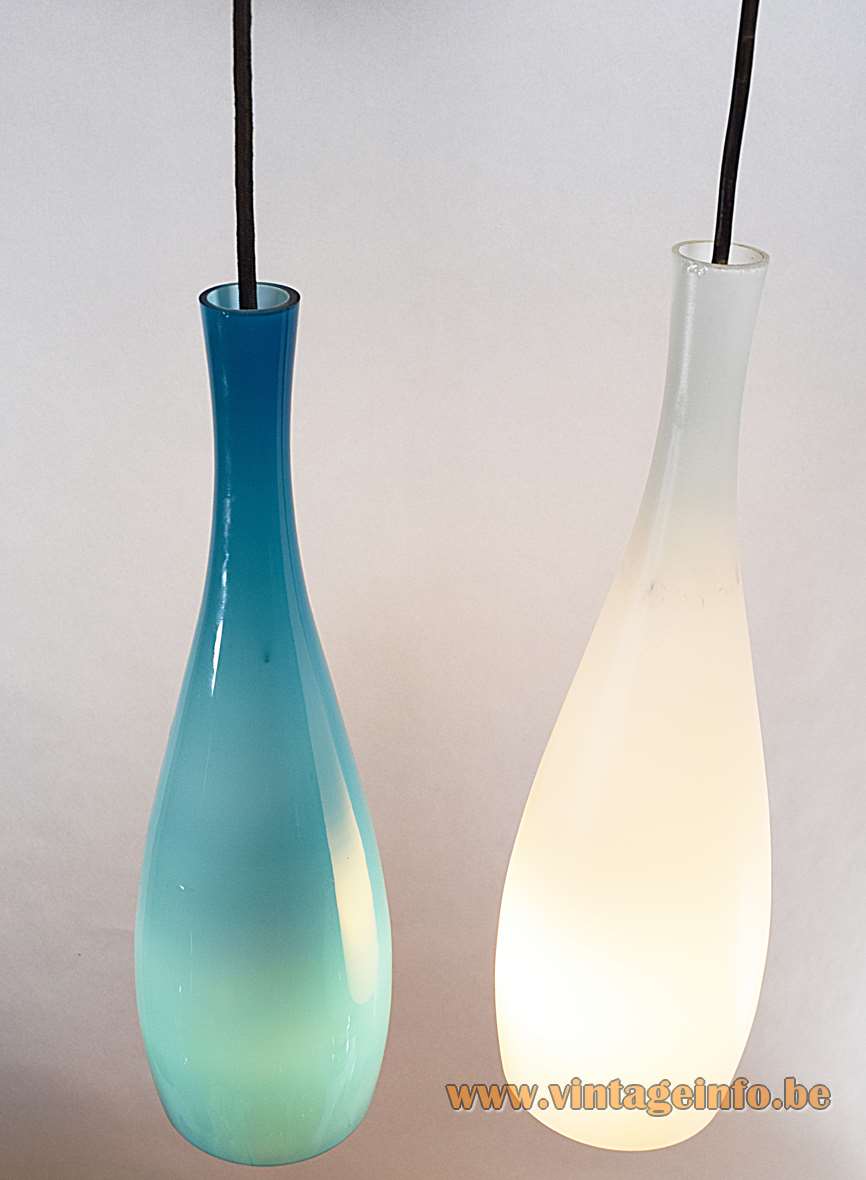 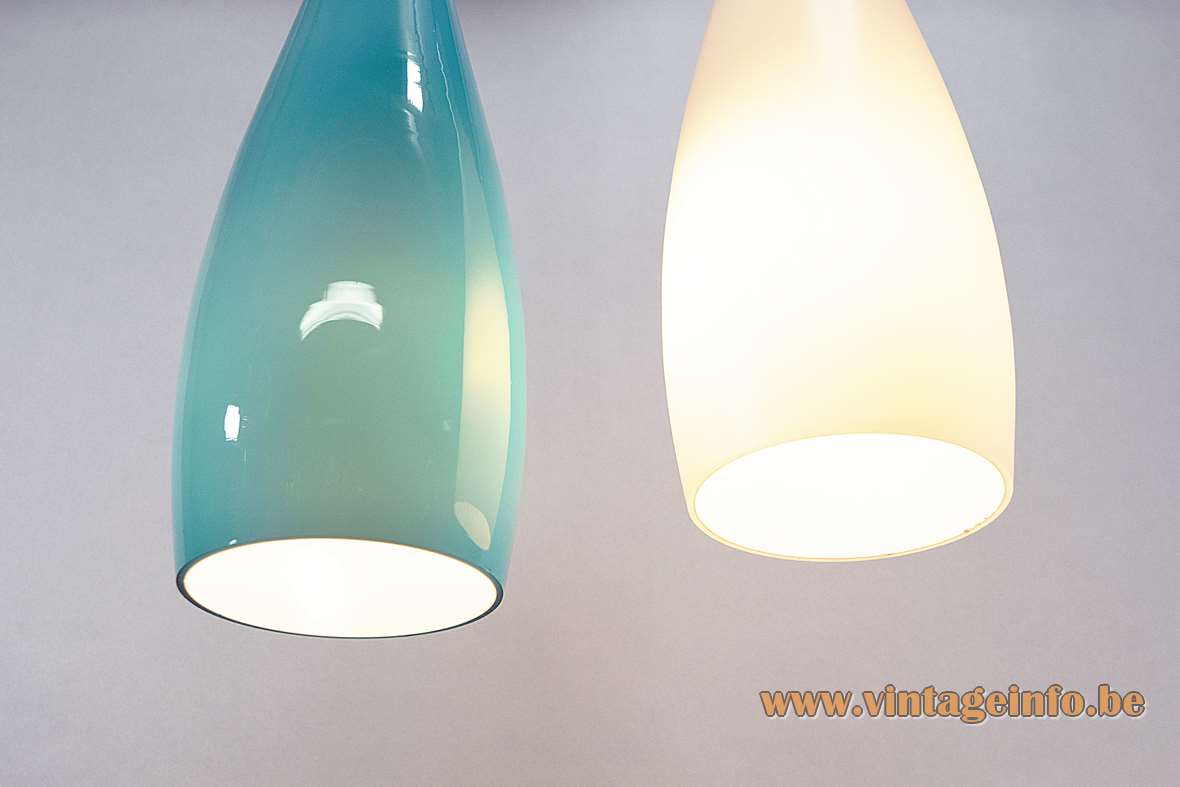 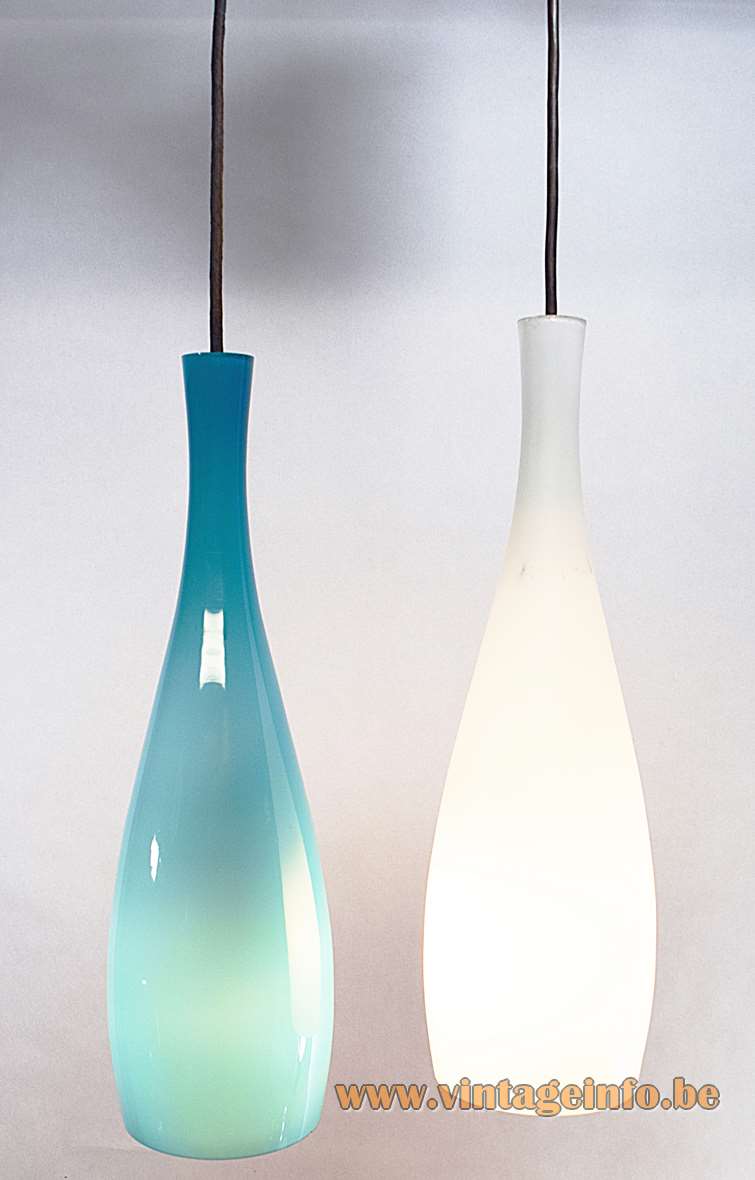 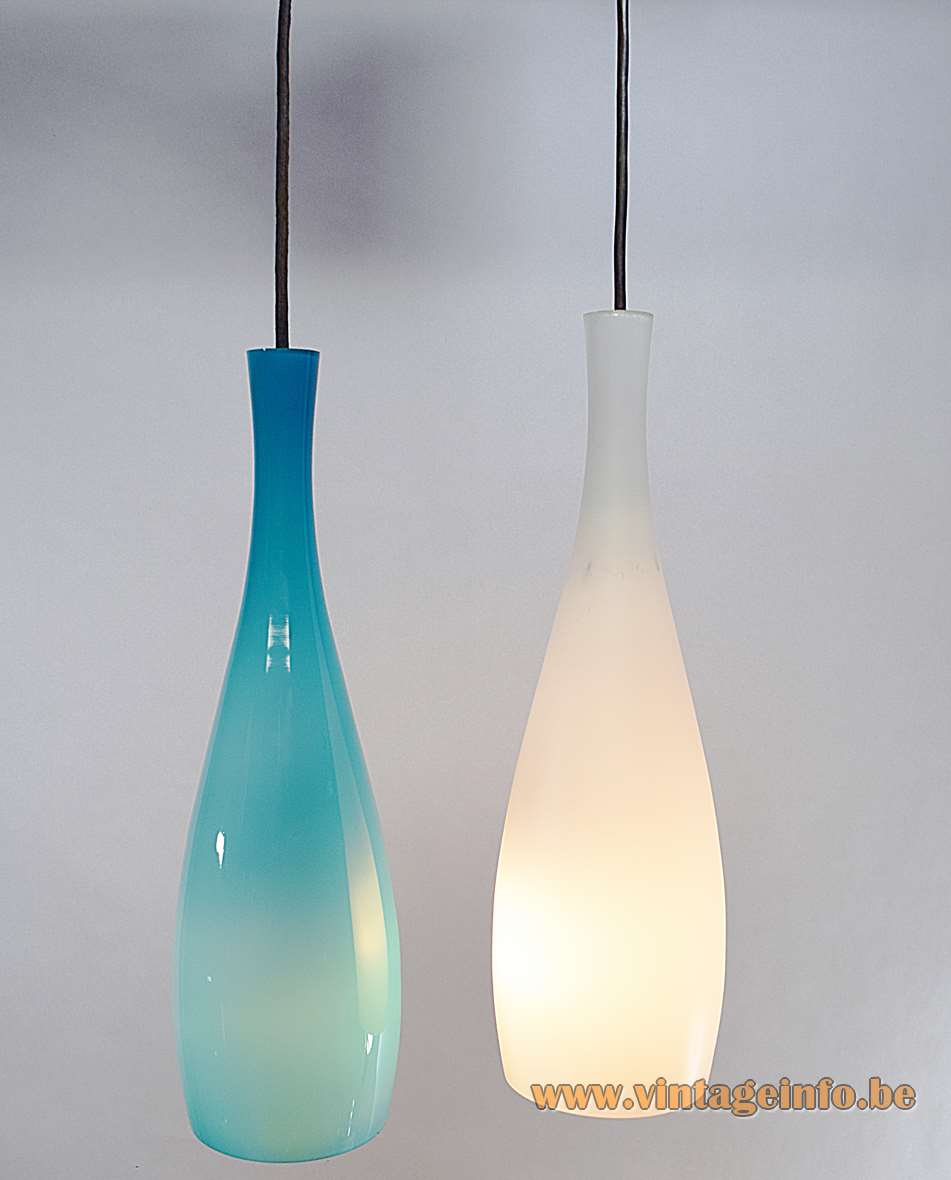 Other versions: This Jacob Eiler Bang pendant lamp exists in several colours, as you can see. The first colours were turquoise, opaque, coral and night blue.

Similar, almost identical lamps were made by Base from Murano, Italy in the same period.

Incamiciato: overlay lattimo glass (= milky looking glass) with a layer of transparent coloured glass. It’s an Italian word. The technique was invented on the Murano Island of Venice.

Jacob Eiler Bang was born in Fredriksberg, Denmark on 19 December 1899 and studied architecture. He changed quickly to glass design. He first came to the attention of Holmegaards Glasværk at the 1925 Paris exhibition and started working for Holmegaard in 1926. His glass designs received significant acclaim at international exhibitions.

The Holmegaard glassworks factory was founded around 1820 by Count Christian Danneskiold-Samsøe in the town of Holmegaard Mose (“Holmegaard Bog”), but he needed permission from the King of Denmark.