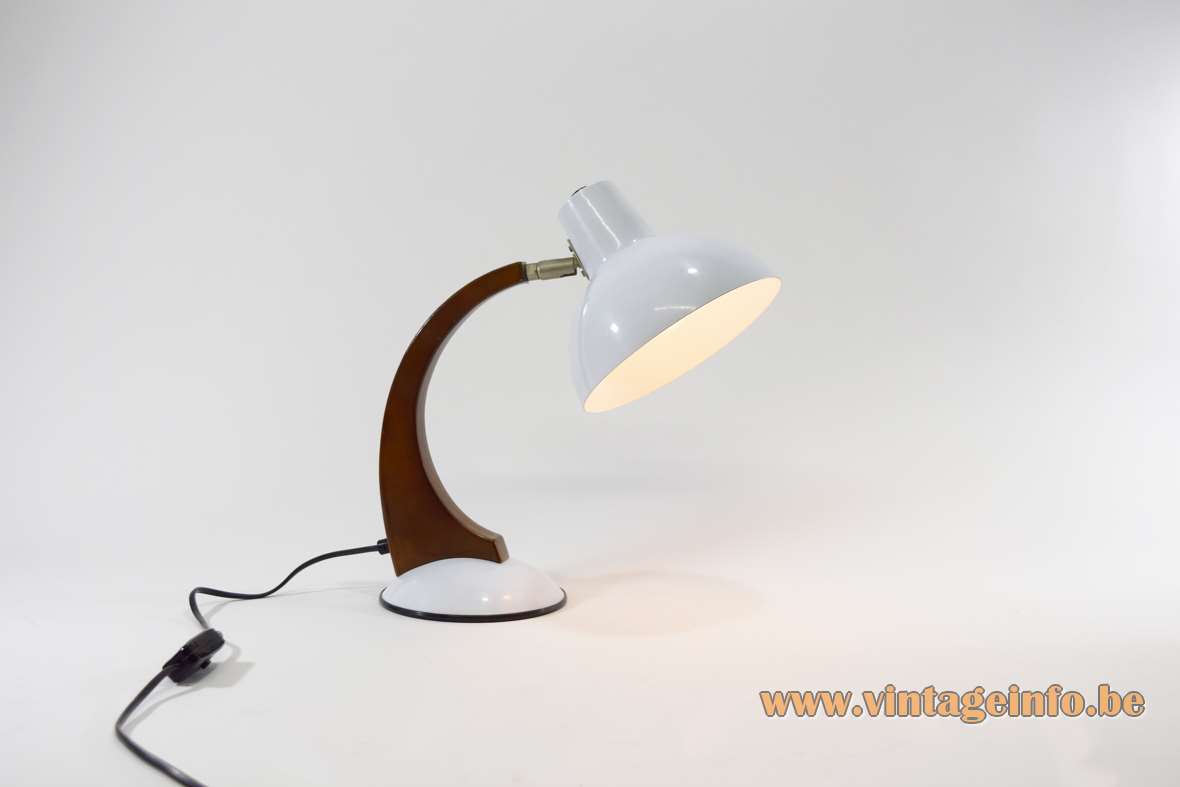 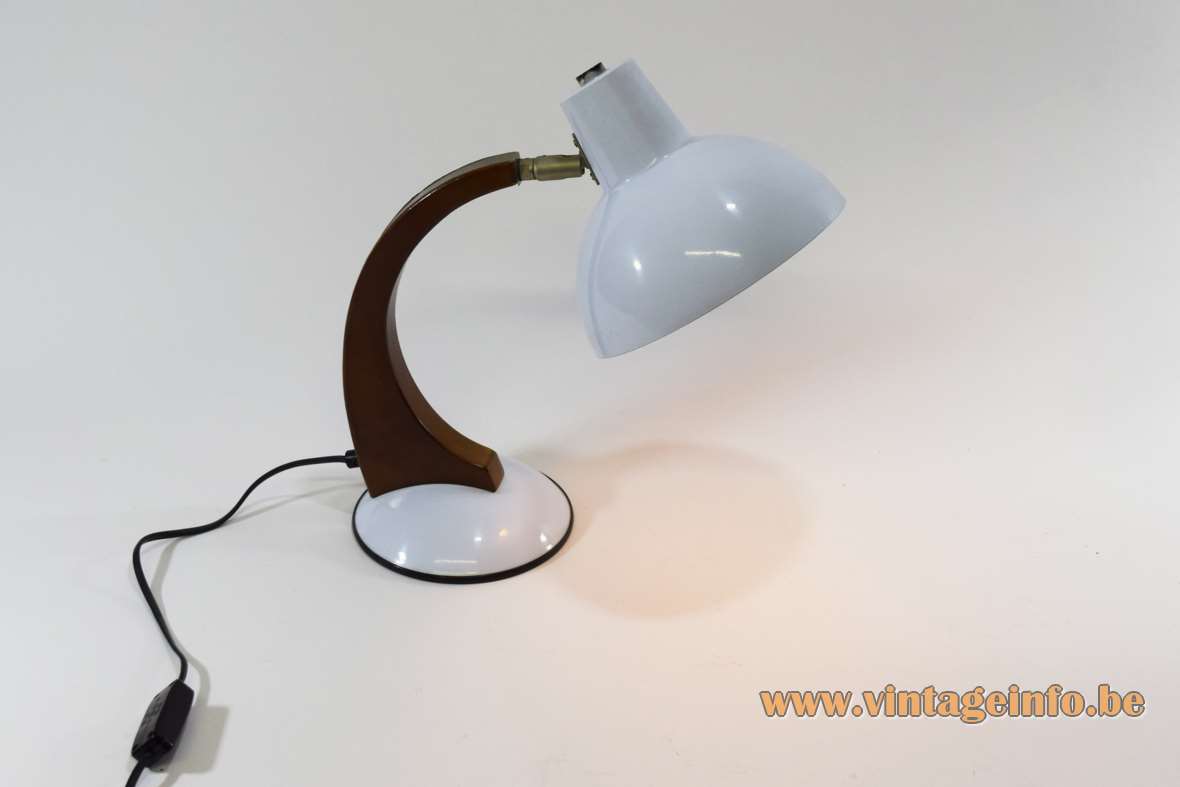 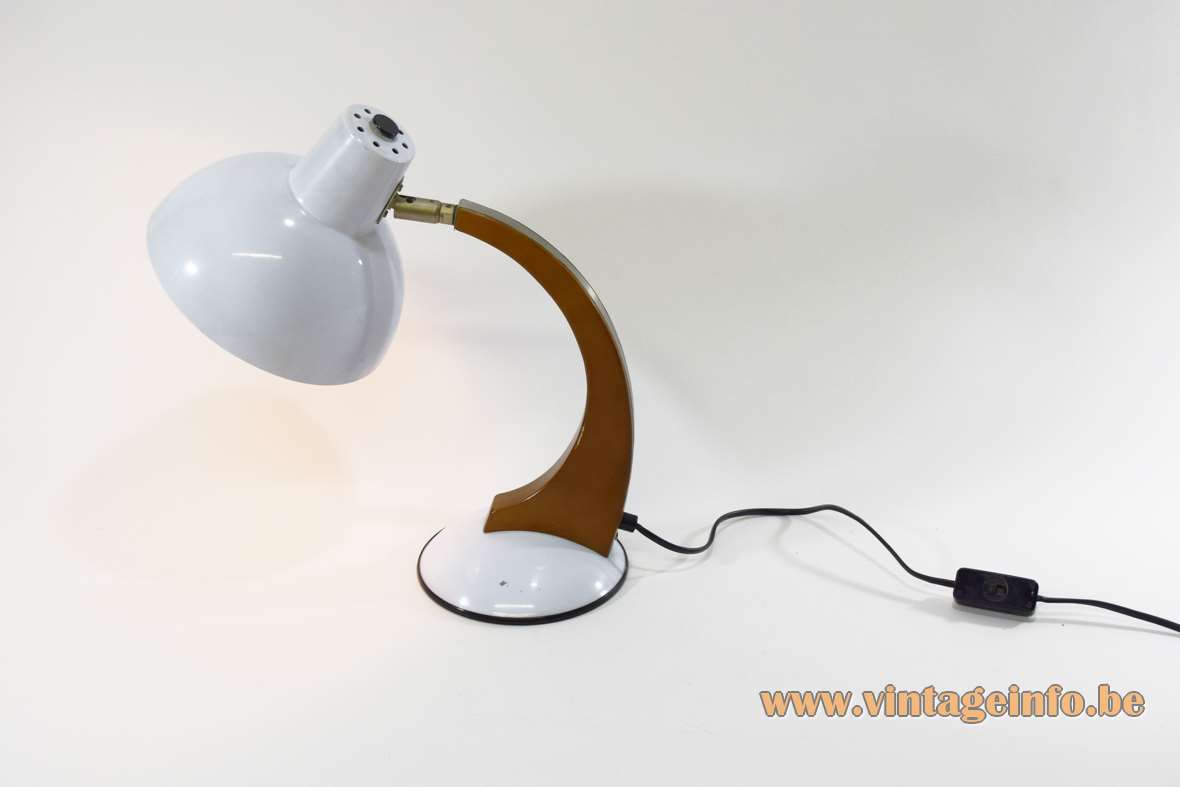 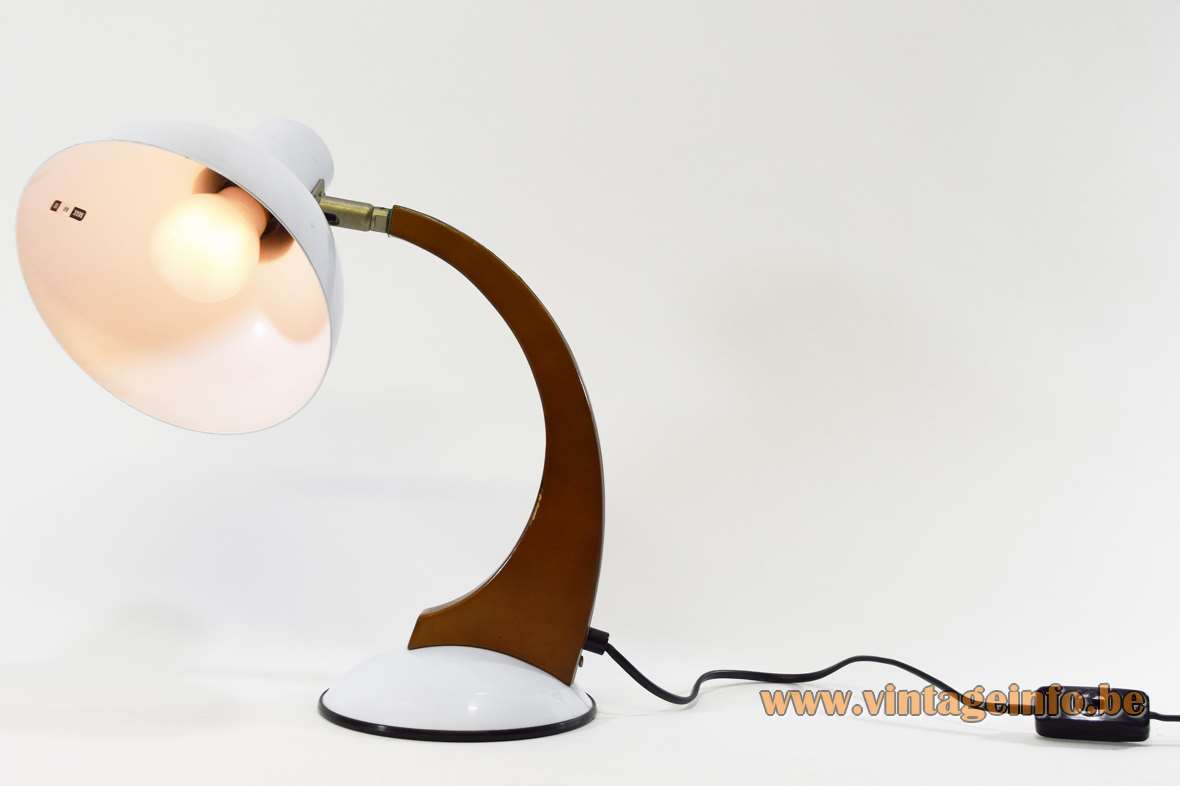 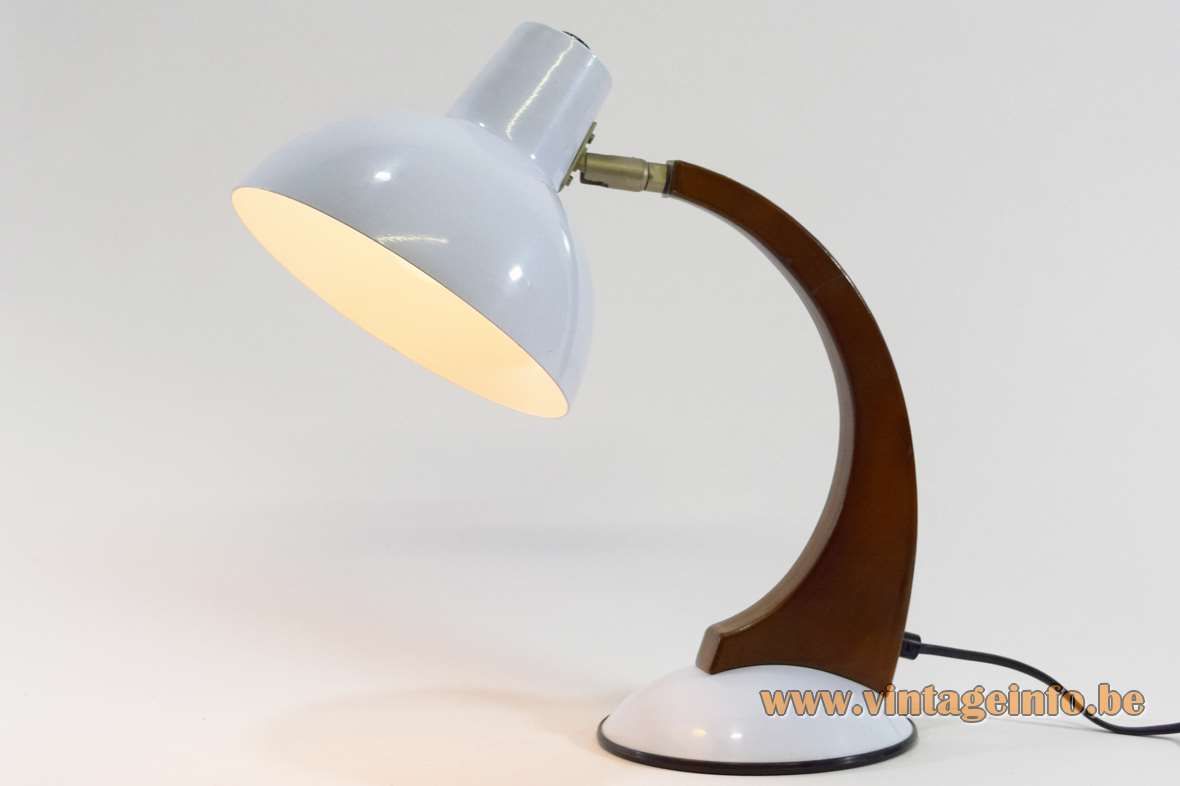 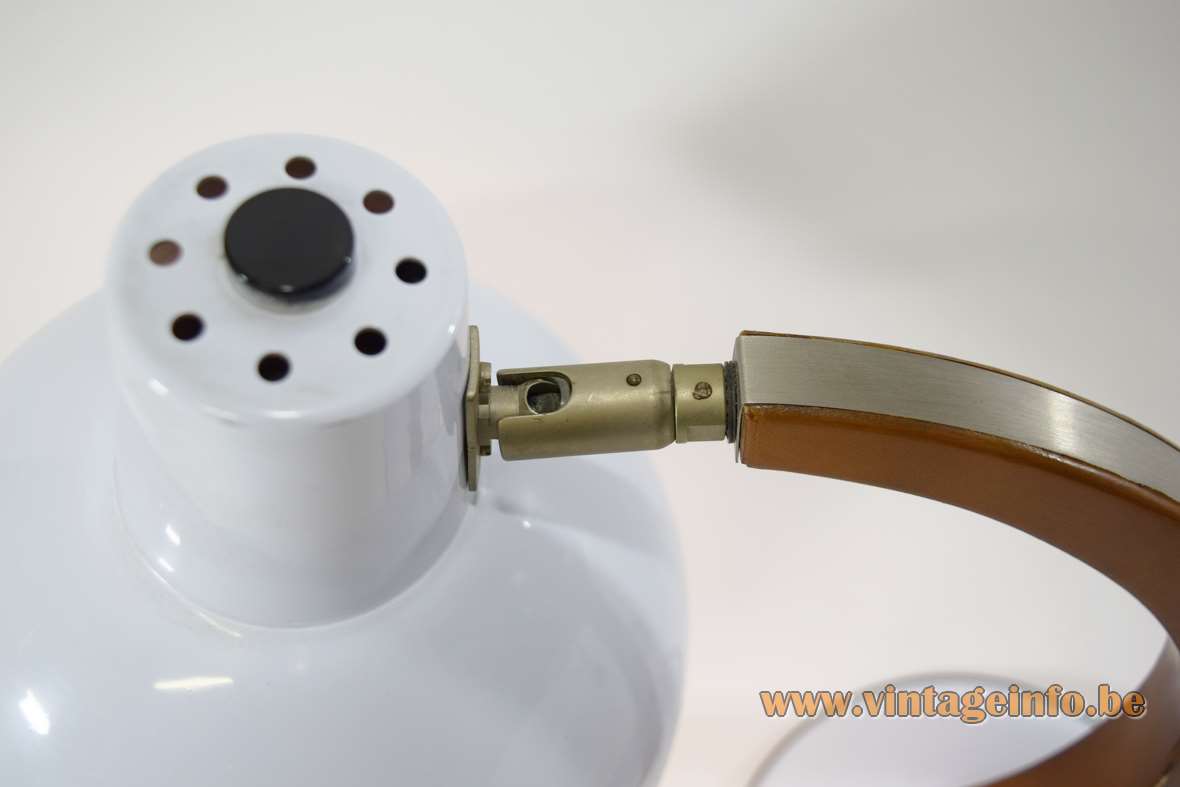 Other versions: This Fase Style 1980s desk lamp exists in several colours. Several variations of this lamp were made. It also exists with a long chrome rod and another lampshade.

This lamp has a label of Massive Nederland B.V., the Dutch branch of the Belgian company. It was located in Gorinchem. After the takeover by Philips it was closed permanently.

A rare seen lamp, made in the style of the famous lamps produced by the Spanish company Fase from Madrid. Fase produced several lamps with metal combined with wood such as the “President” desk lamp. All of course with a very striking UFO lampshade, what this lamp unfortunately does not have. Other Spanish companies that produced similar lamps were Gei, Metalarte and Lupela, to name the most important.

Fischer Leuchten was founded in 1951 by Aloys Fischer in Sundern, in North Rhine-Westphalia, Germany. Johannes Schulte joined the company as a full partner in 1953. In 1972 the enterprise moved to another building in the same town. In 1993 Johannes Schulte junior and in 1995 Alois Fischer junior joined the company. Today the firm is located in Arnsberg, some 15 km (9 miles) from Sundern. The company merged with Honsel Leuchten to form Fischer & Honsel GmbH.

Fisher Leuchten also produced this lamp for other brands, such as IKEA, Veneta Lumi and Massive from Belgium.

All the electric parts are made by the VLM Components company from Buccinasco, near Milan. They were produced in the late 1970s, early 1980s. 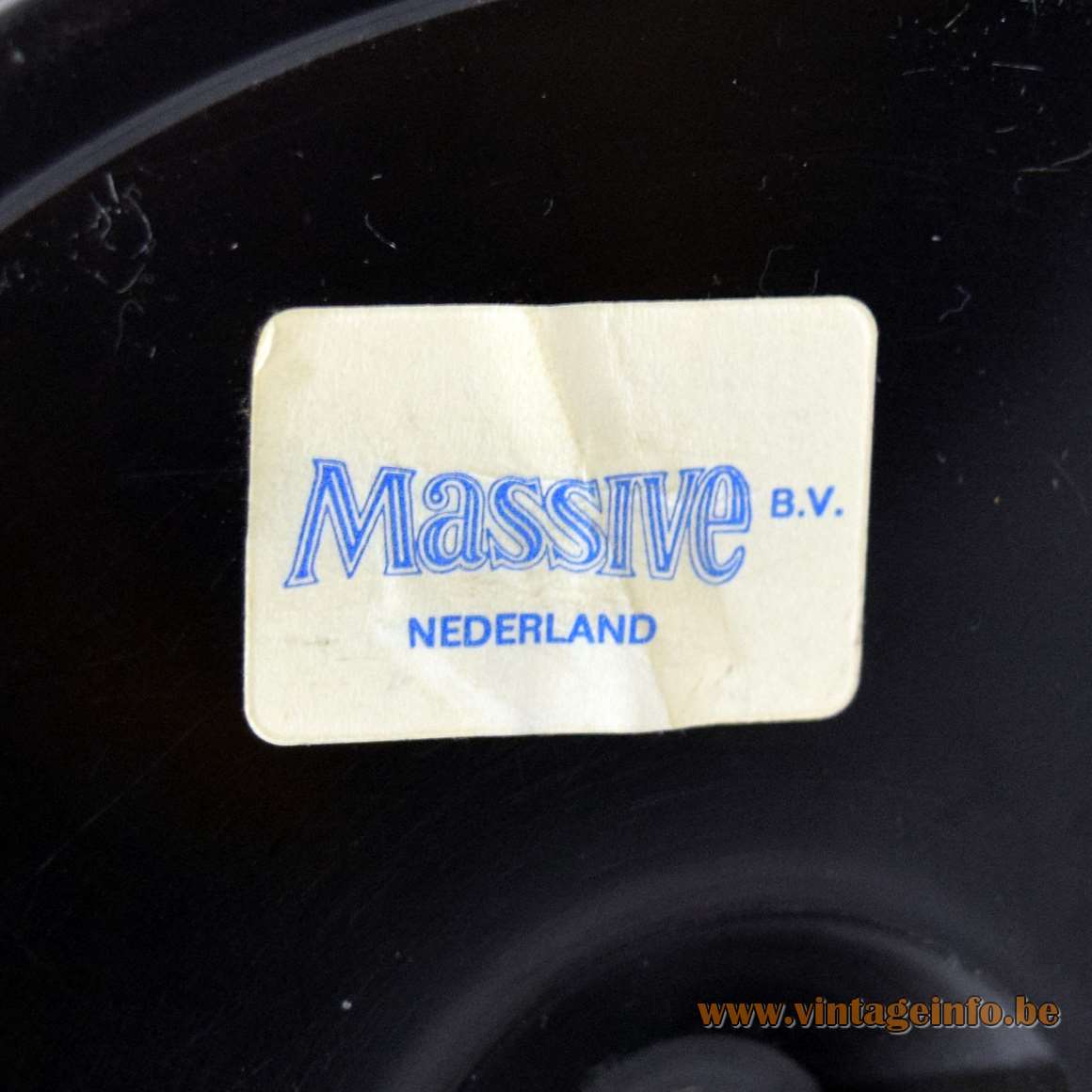 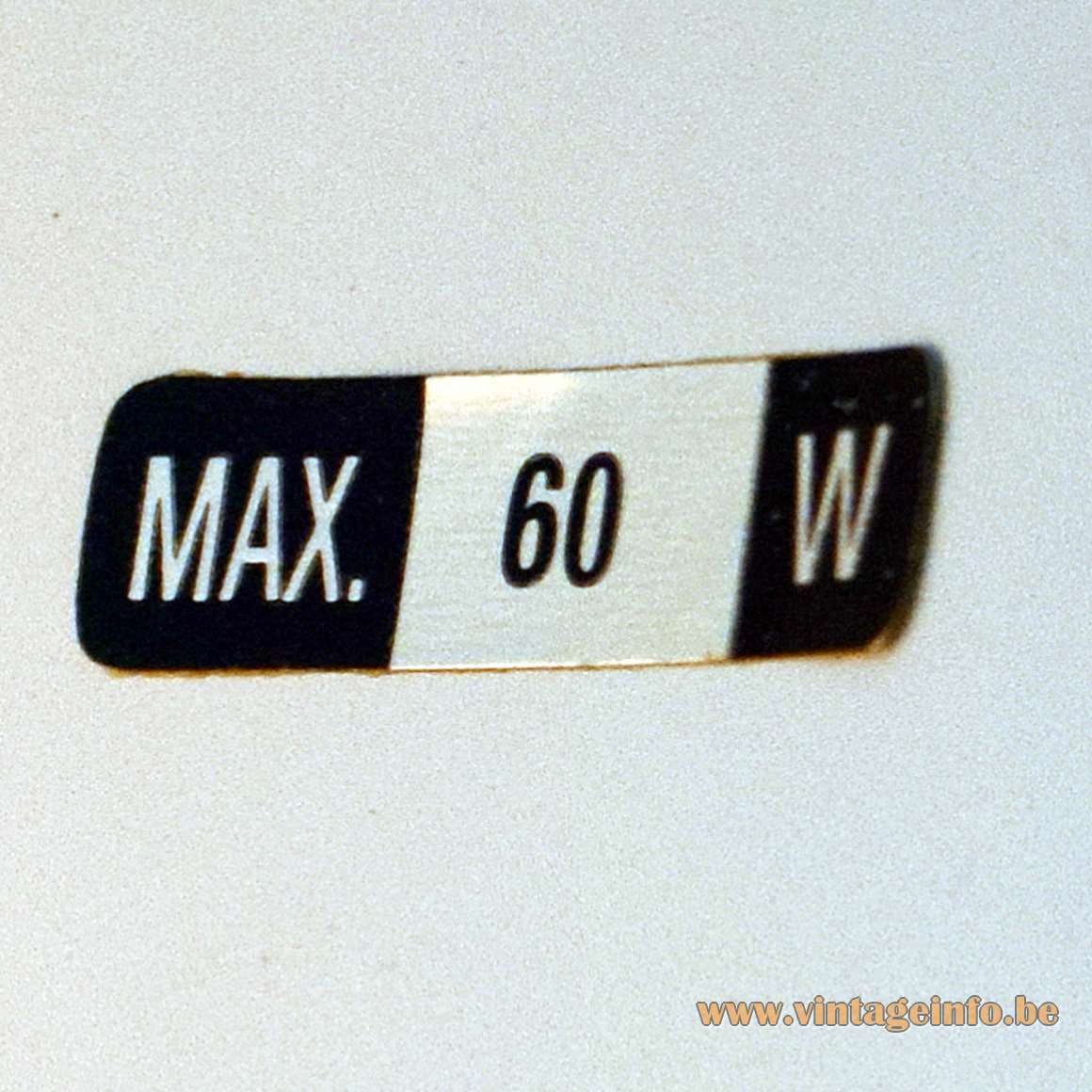