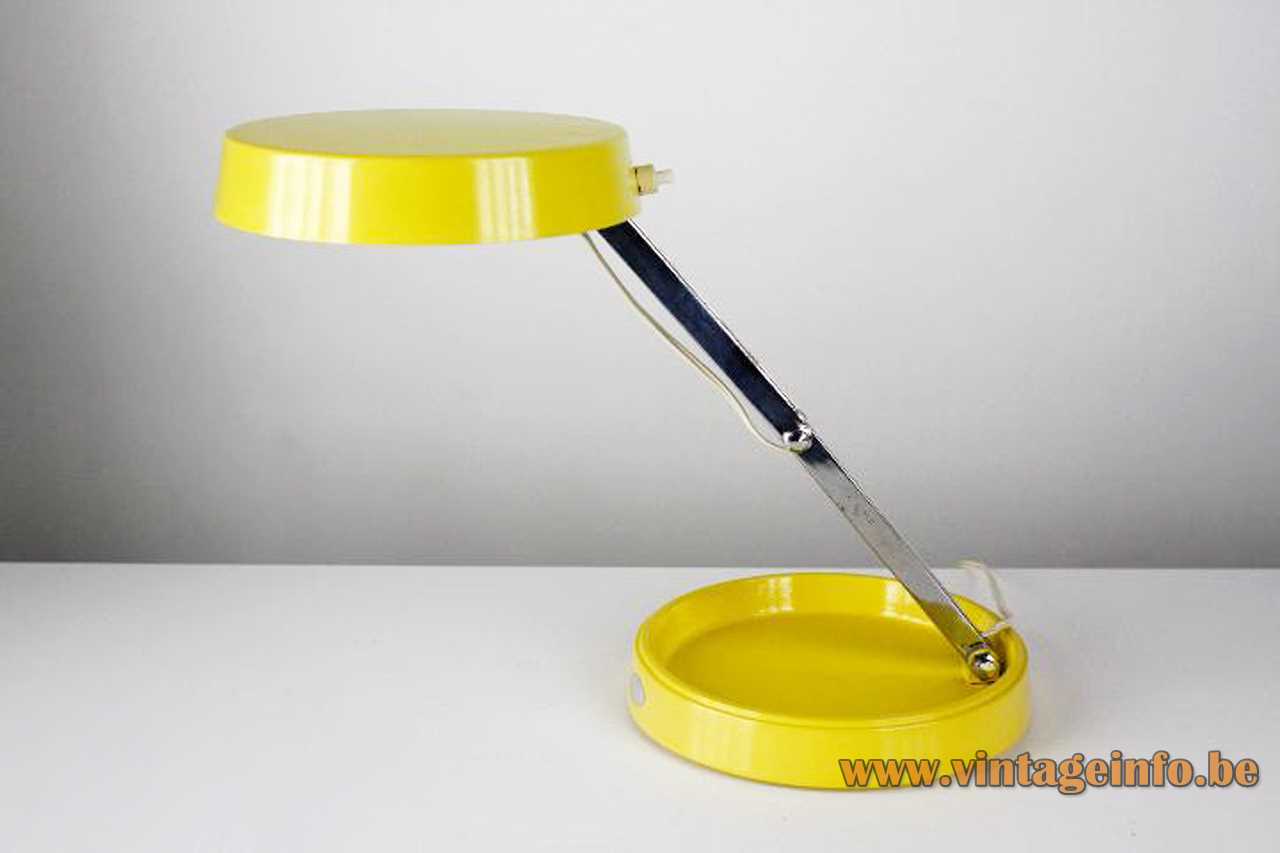 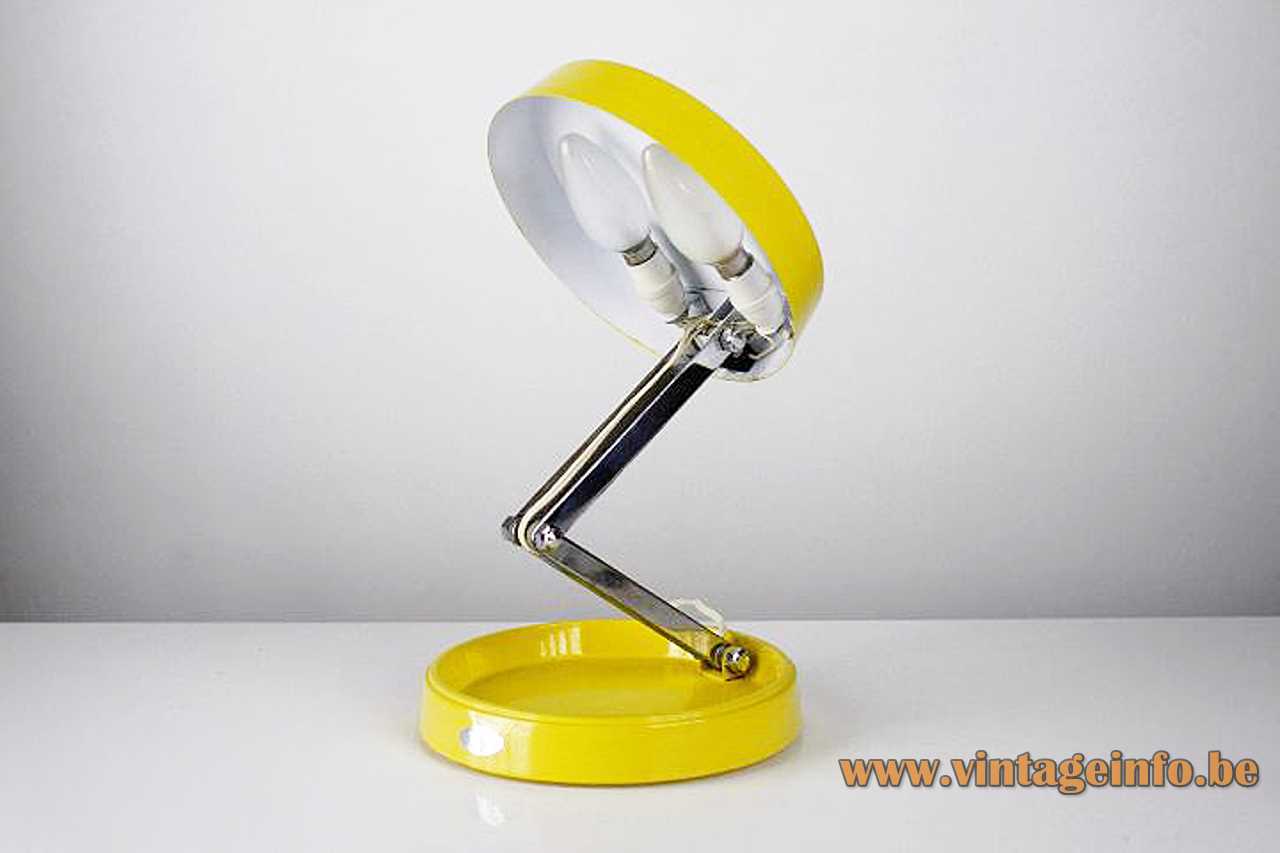 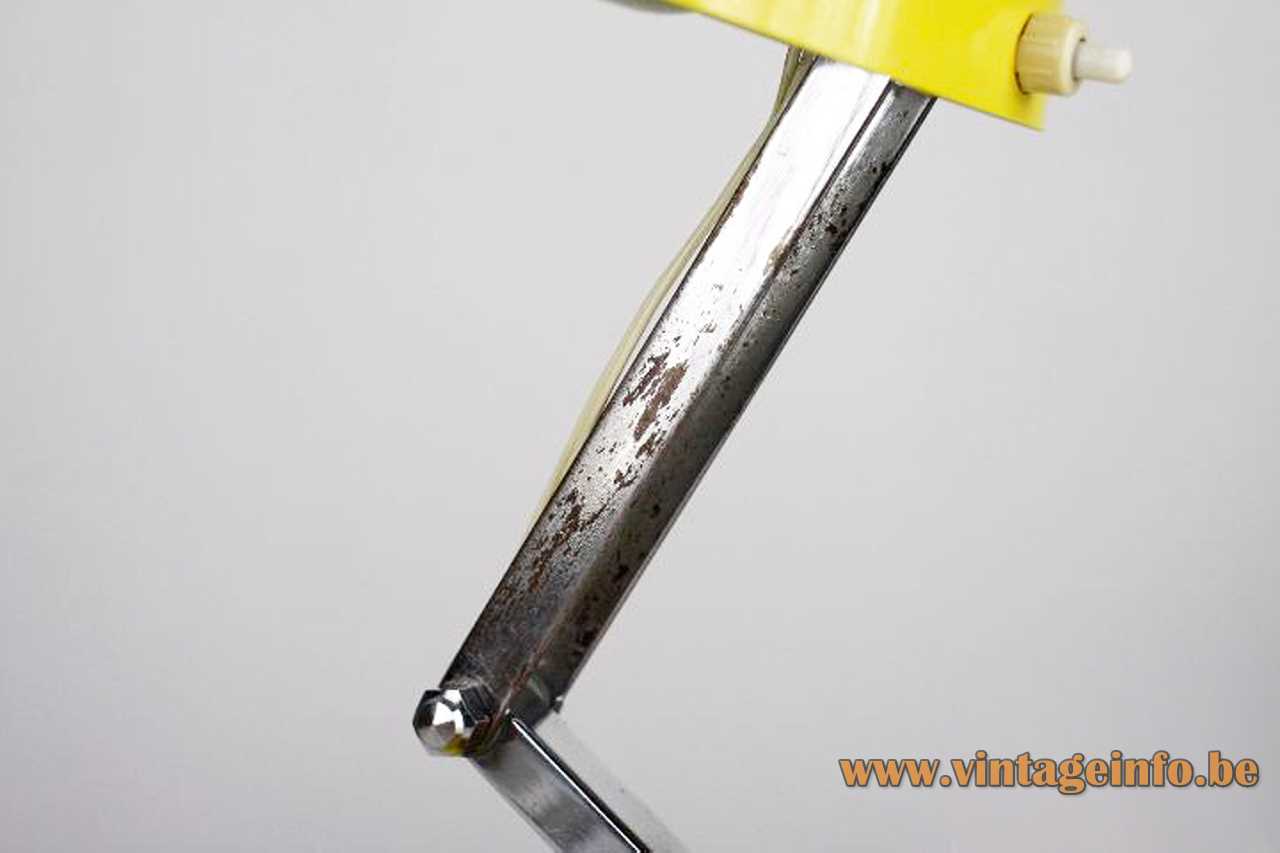 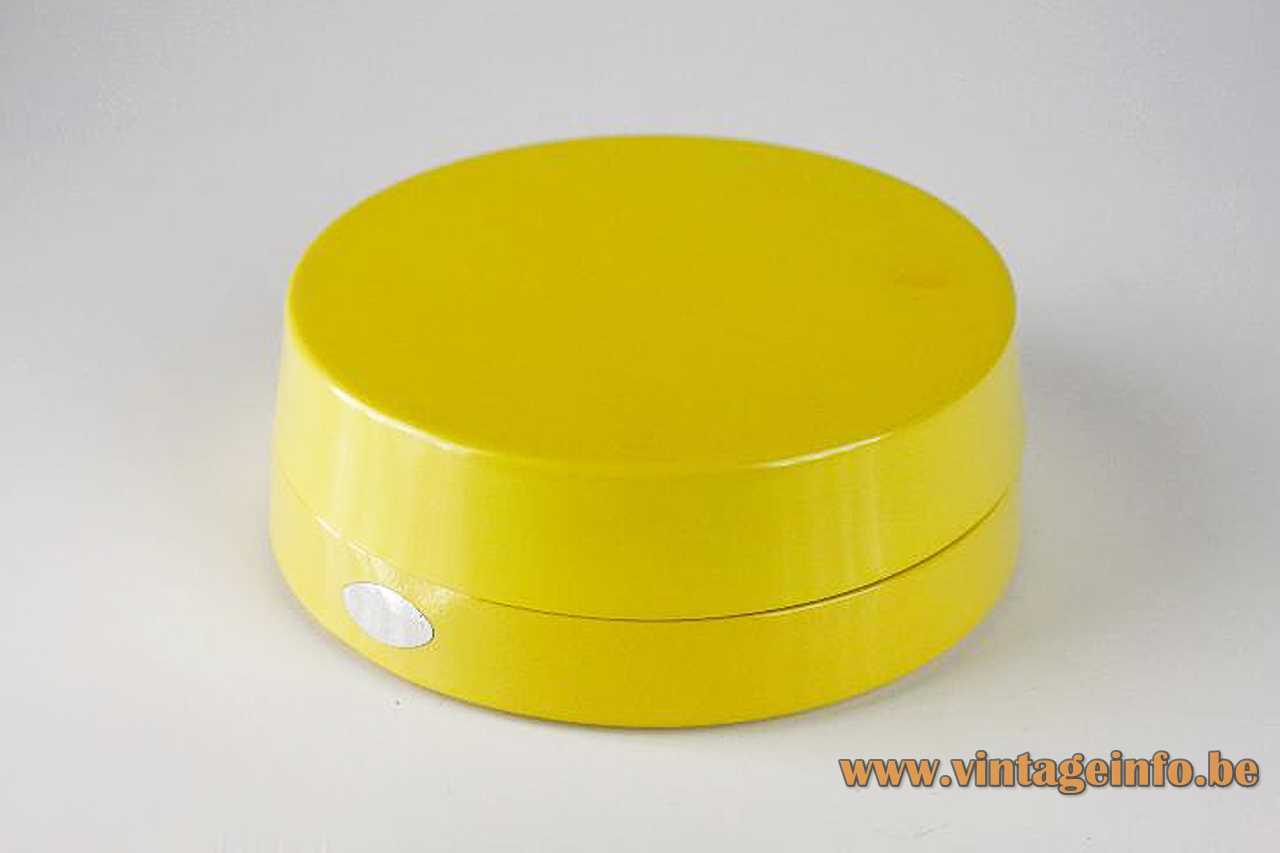 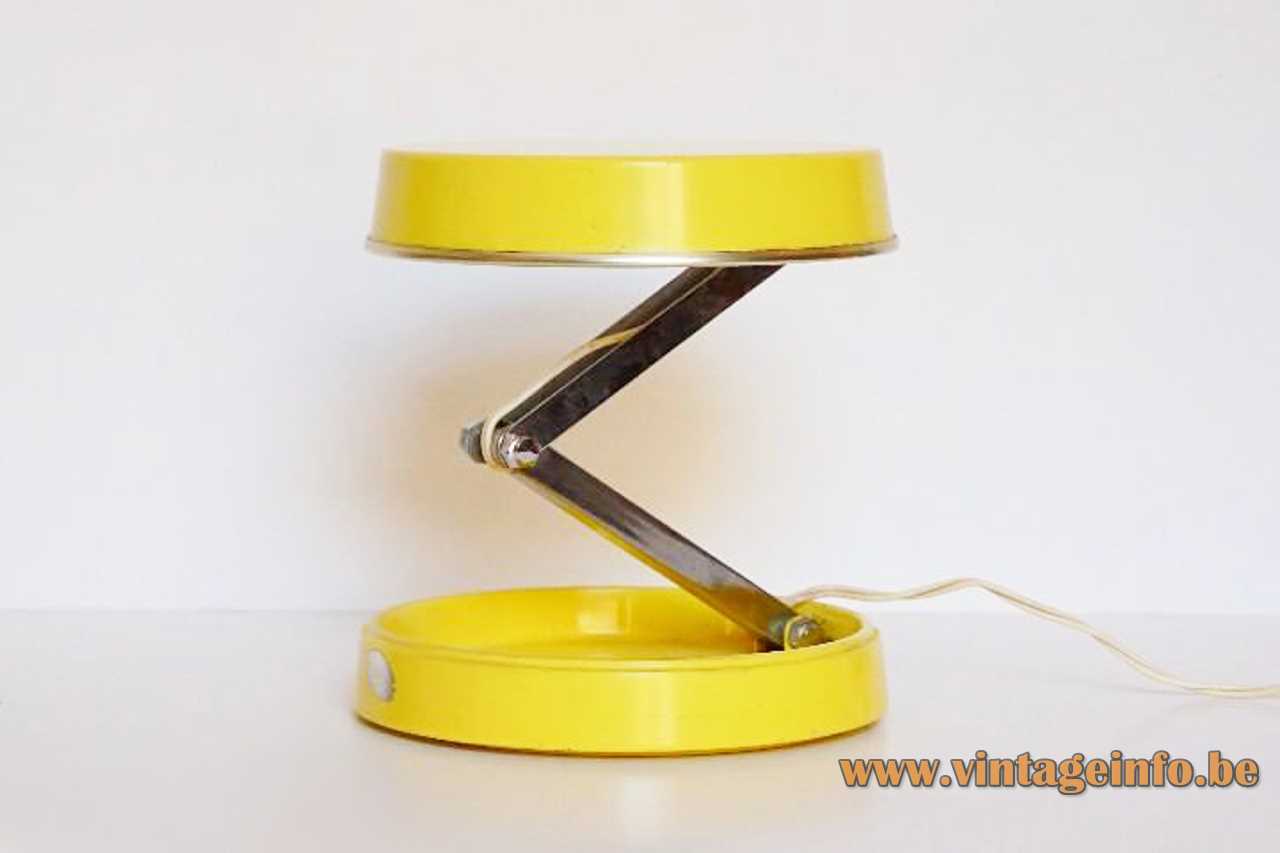 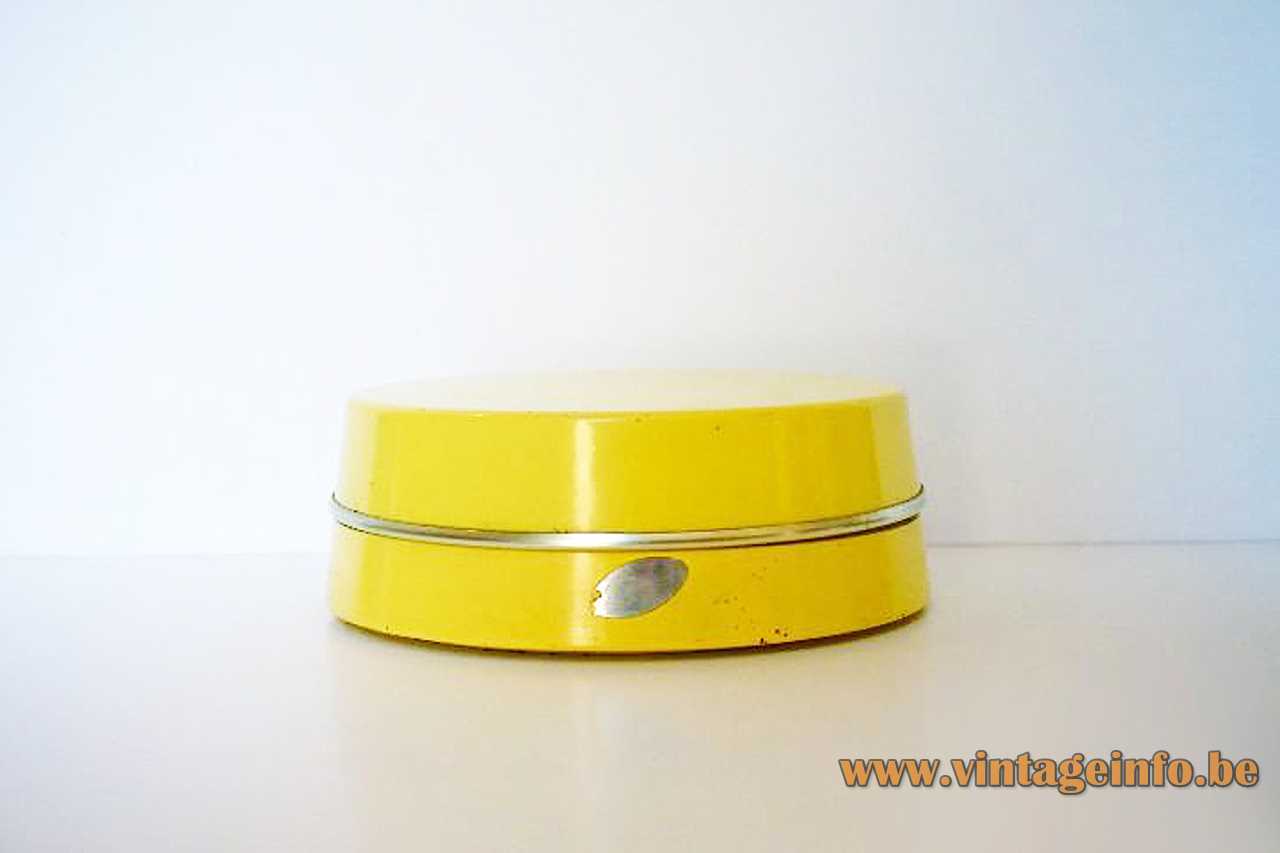 Other versions: This GEI Short foldable table lamp exists in many colours. The were made with or with a chrome decorative ring on the lampshade. The  name of this table lamp is Short and it is model GEI-209.

No information to be found about the designer, unfortunately. Except for a lamp he designed in 1961. It received a Delta Gold Award (Premio Delta de Oro) by the ADI-FAD, the Industrial Design Association in 1962. Several people have the name Enrique Aparicio, but not a designer.

About the G.E.I., Gabinete de Estudios Industriales (Office of Industrial Studies) company there is even less information to be found. Except for some lamps in the Fase style, almost copies of the famous President lamps and an occasional catalogue picture. To see ion the lamps, the company was active in the 60’s and 70’s.

Do you have an idea about the GEI company and or the designer? Please use the contact form and make this website more complete. 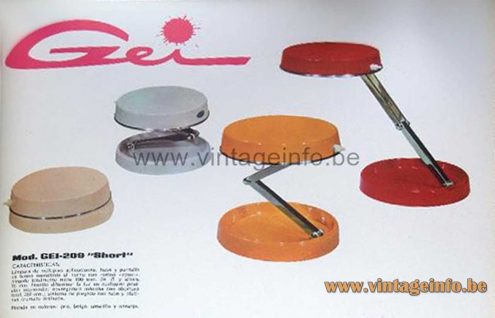