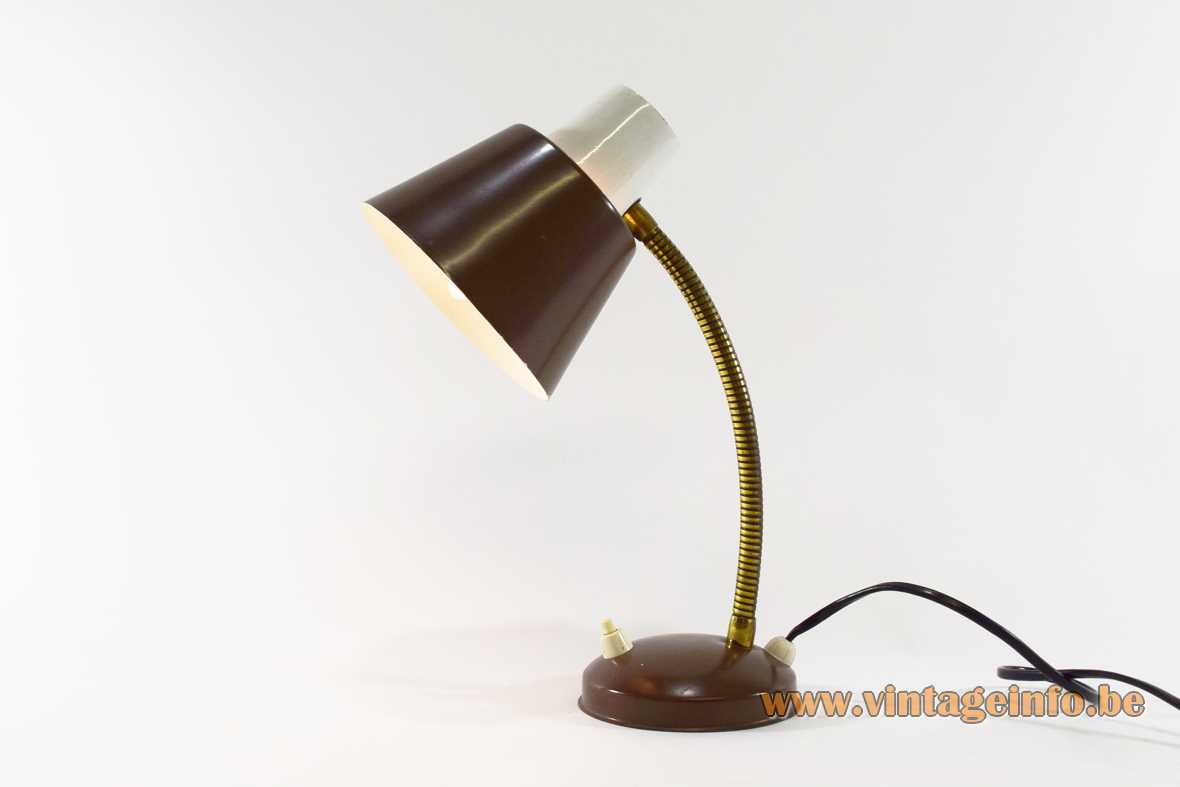 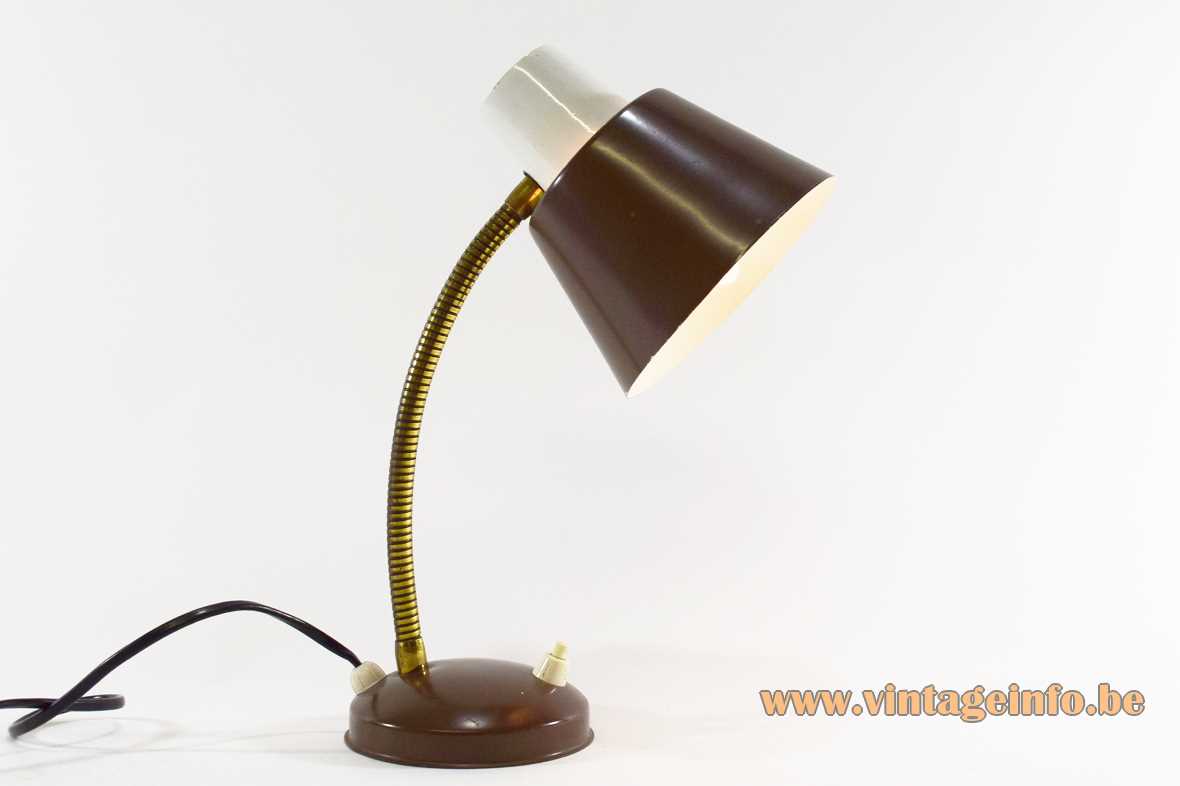 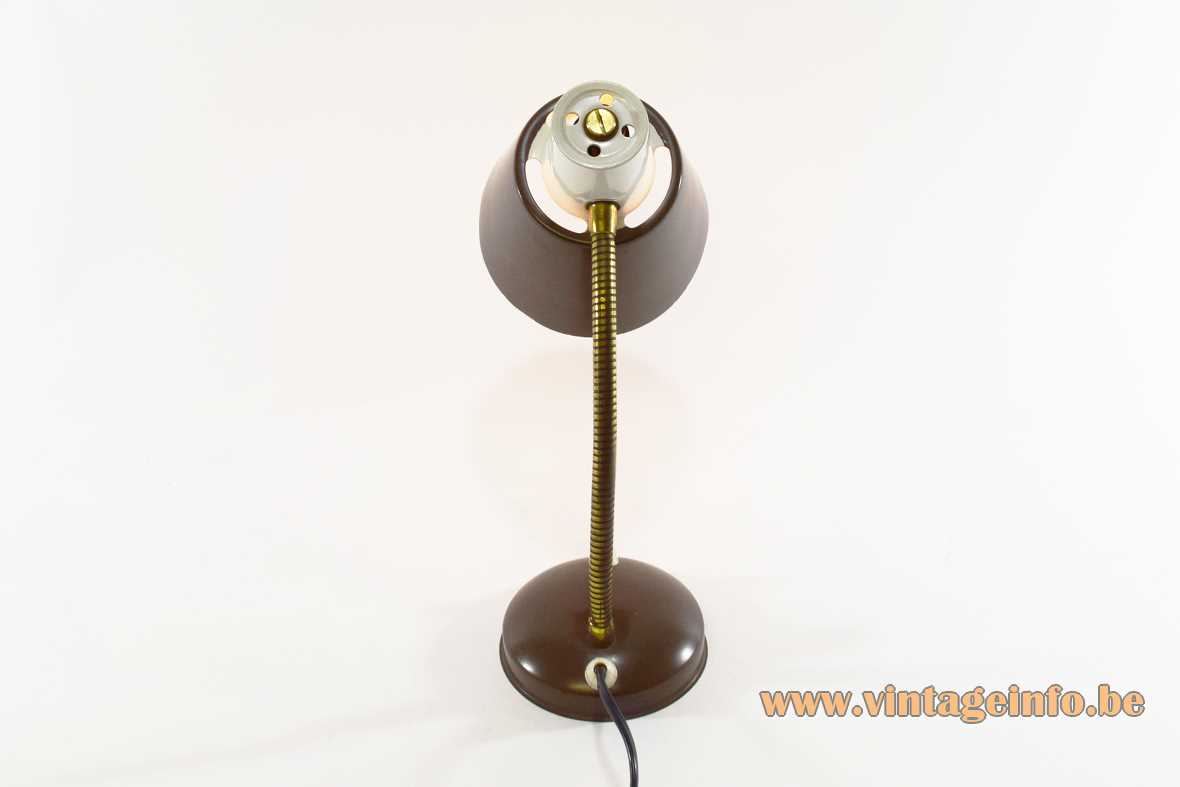 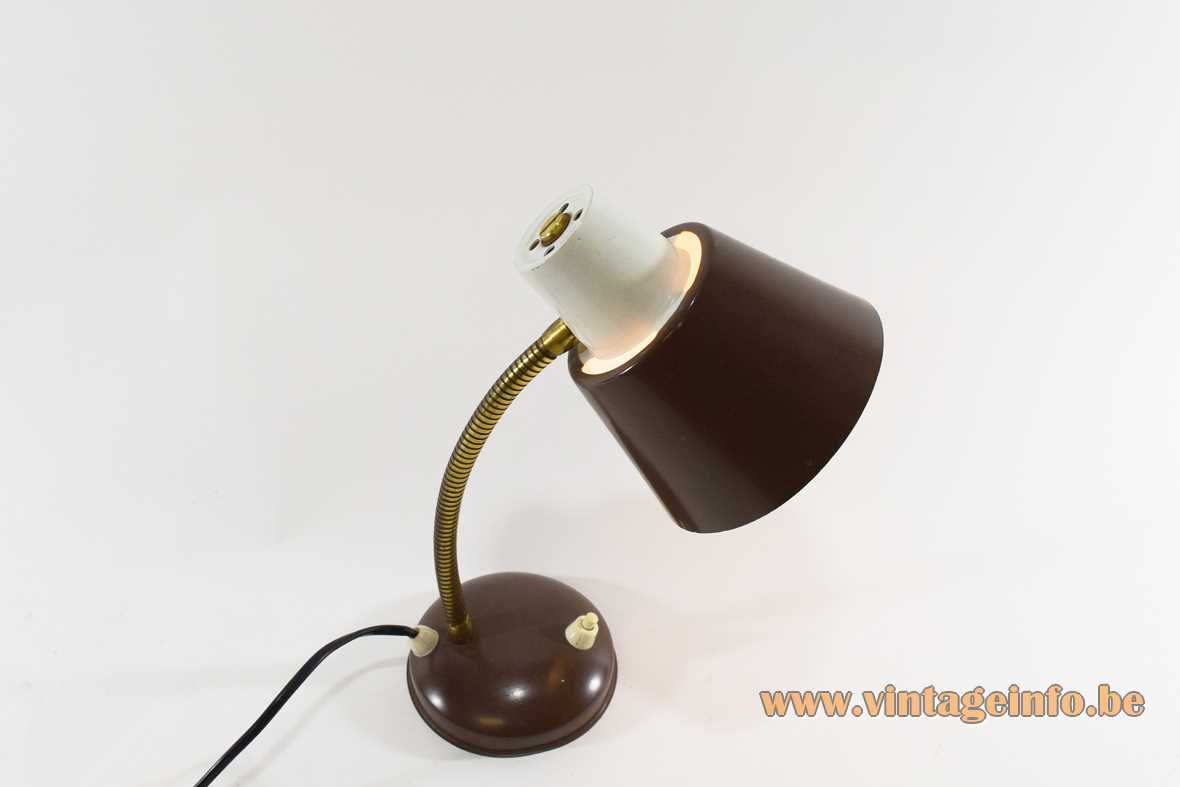 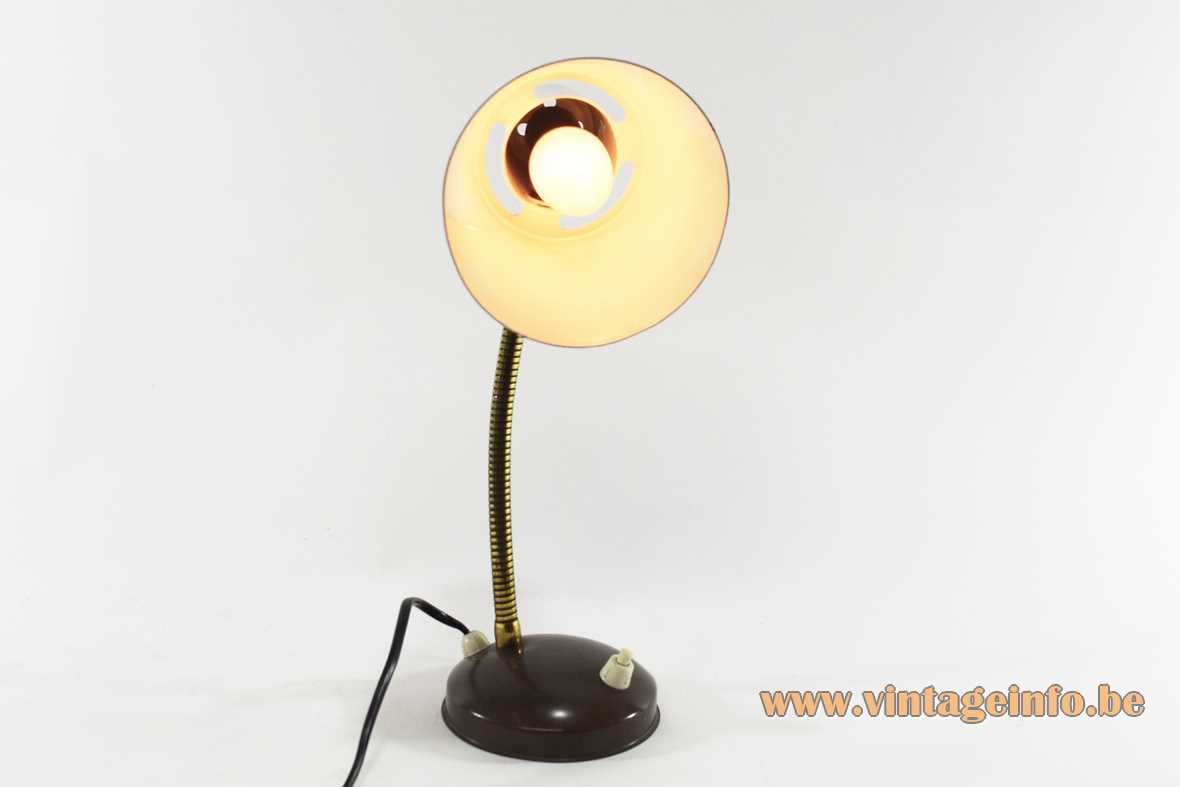 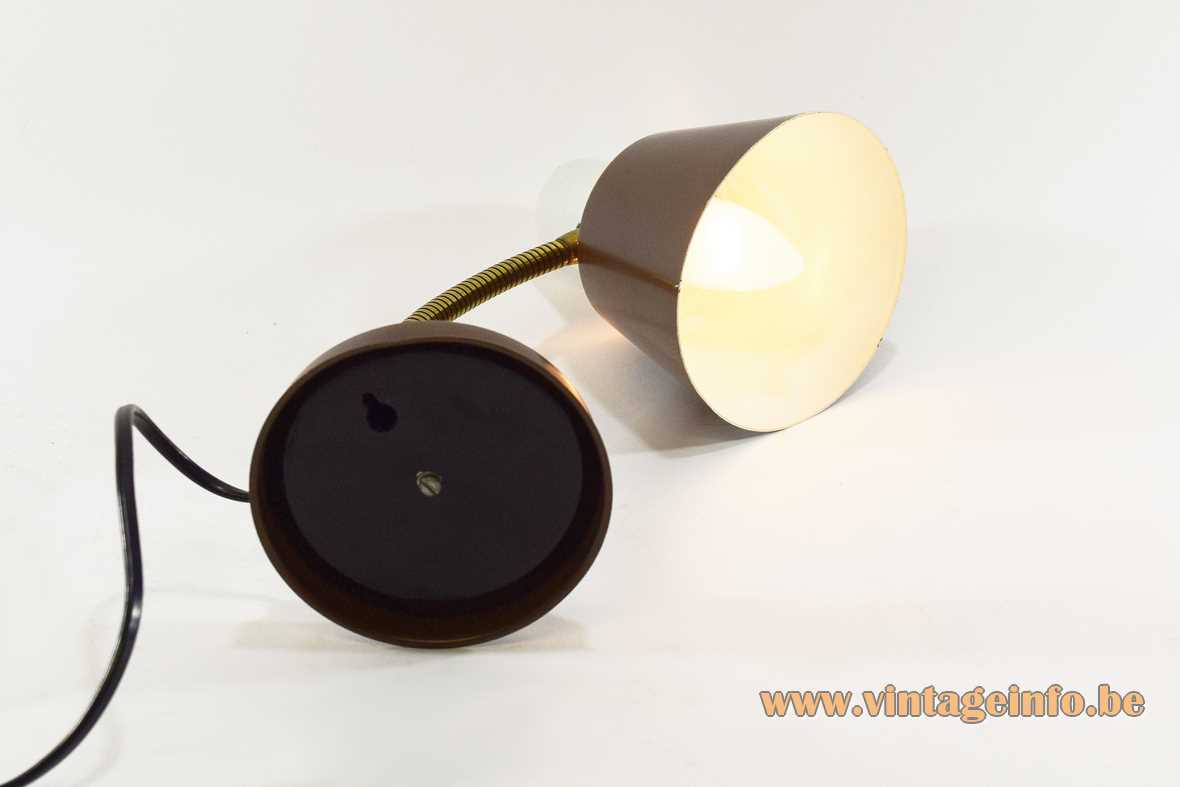 Other versions: This 1960s Hala gooseneck desk lamp exists in many colours. The lampshade was used for several lamps. A clamp lamp exists. Also a tripod lamp was made with the base of the Pinocchio table lamp, and so on.