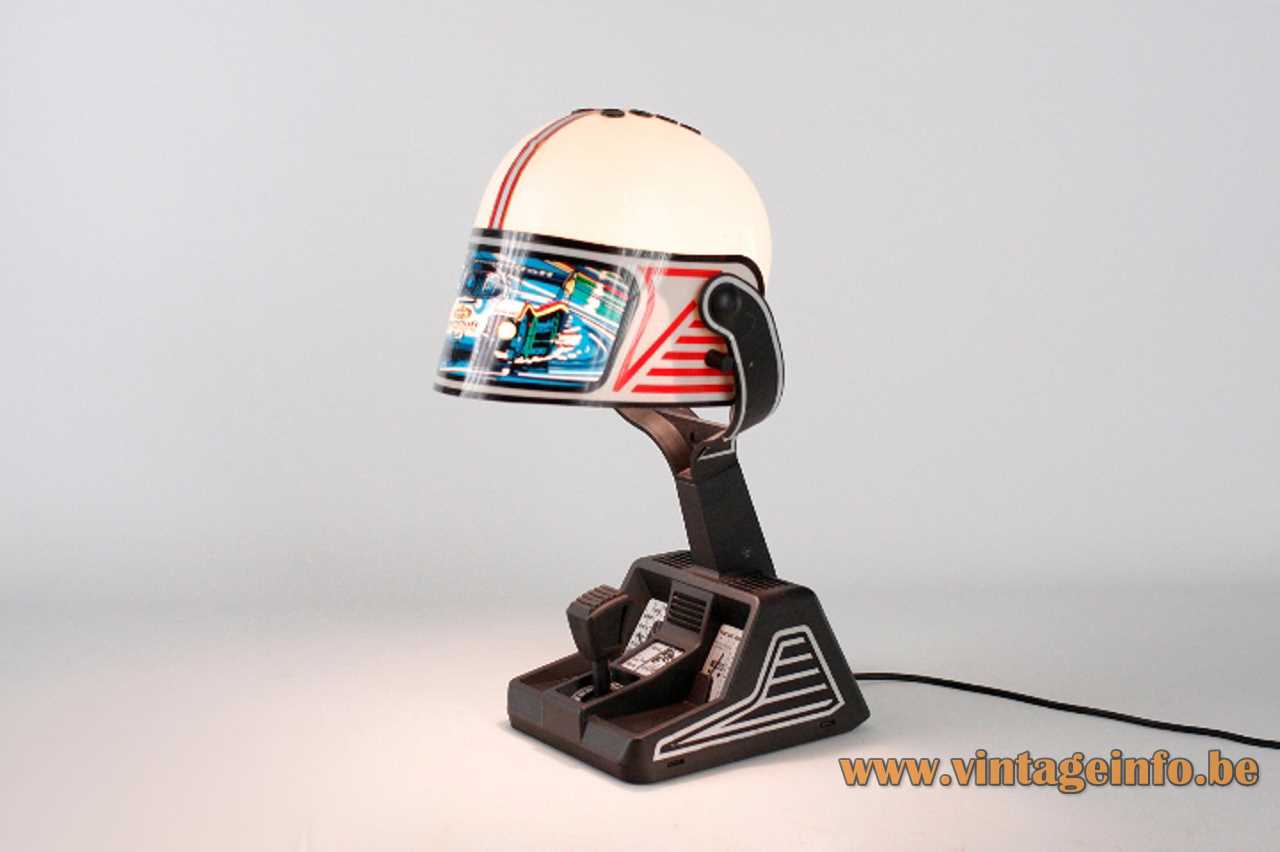 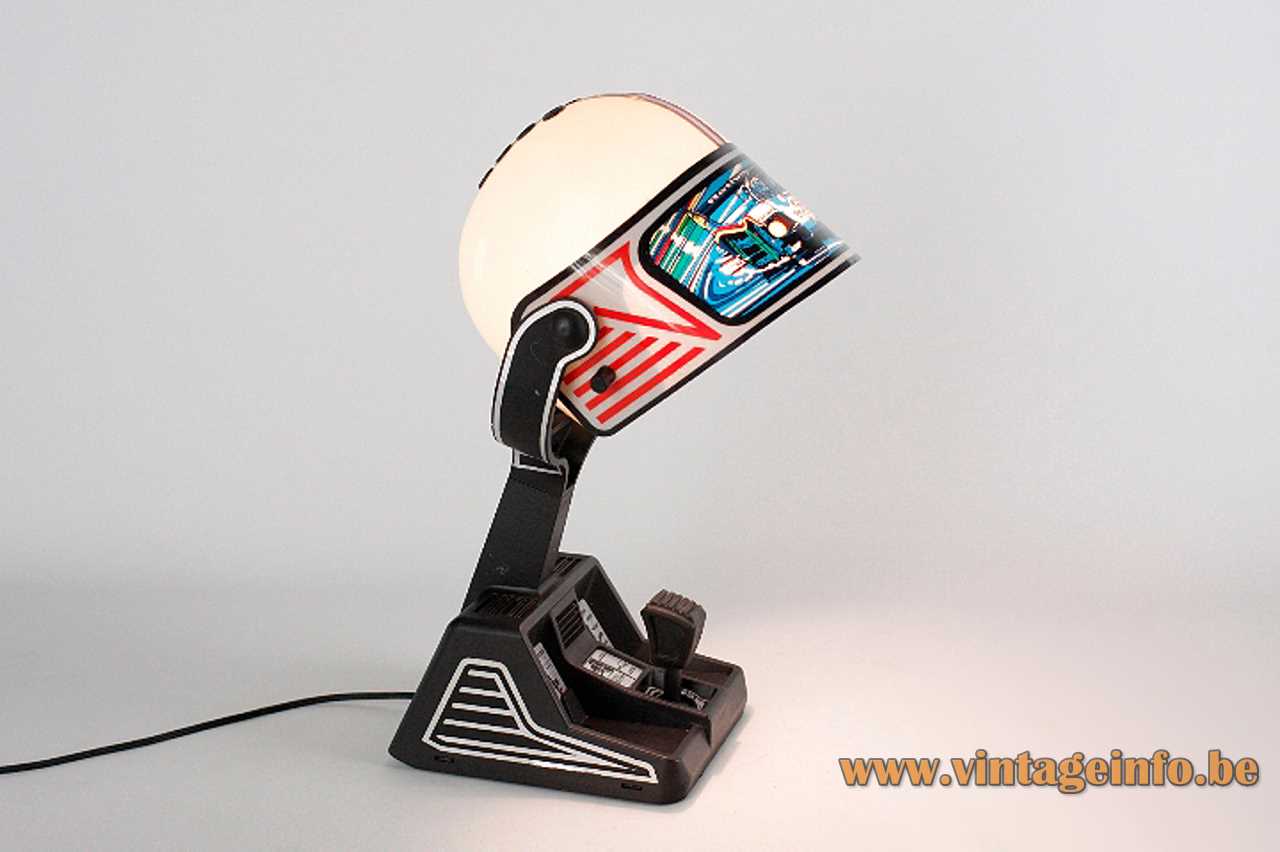 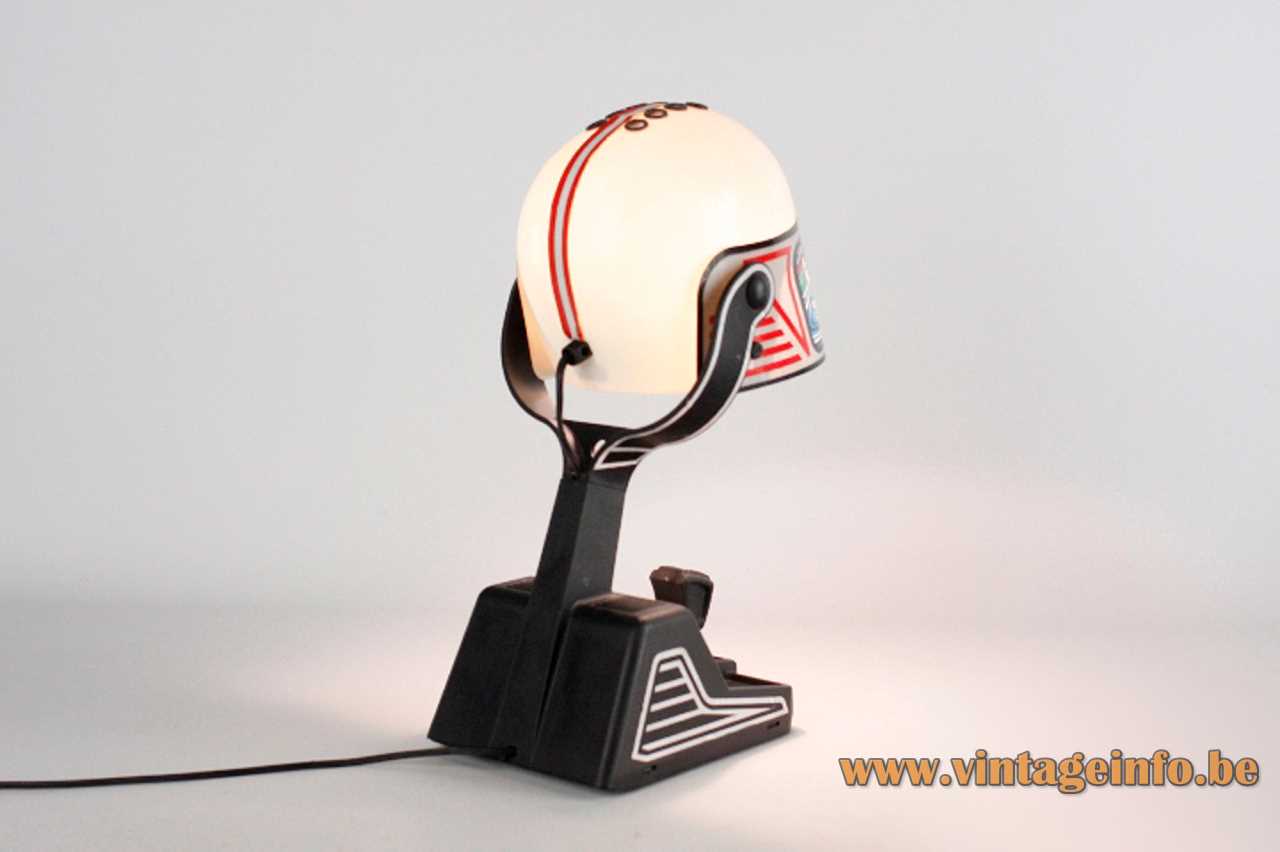 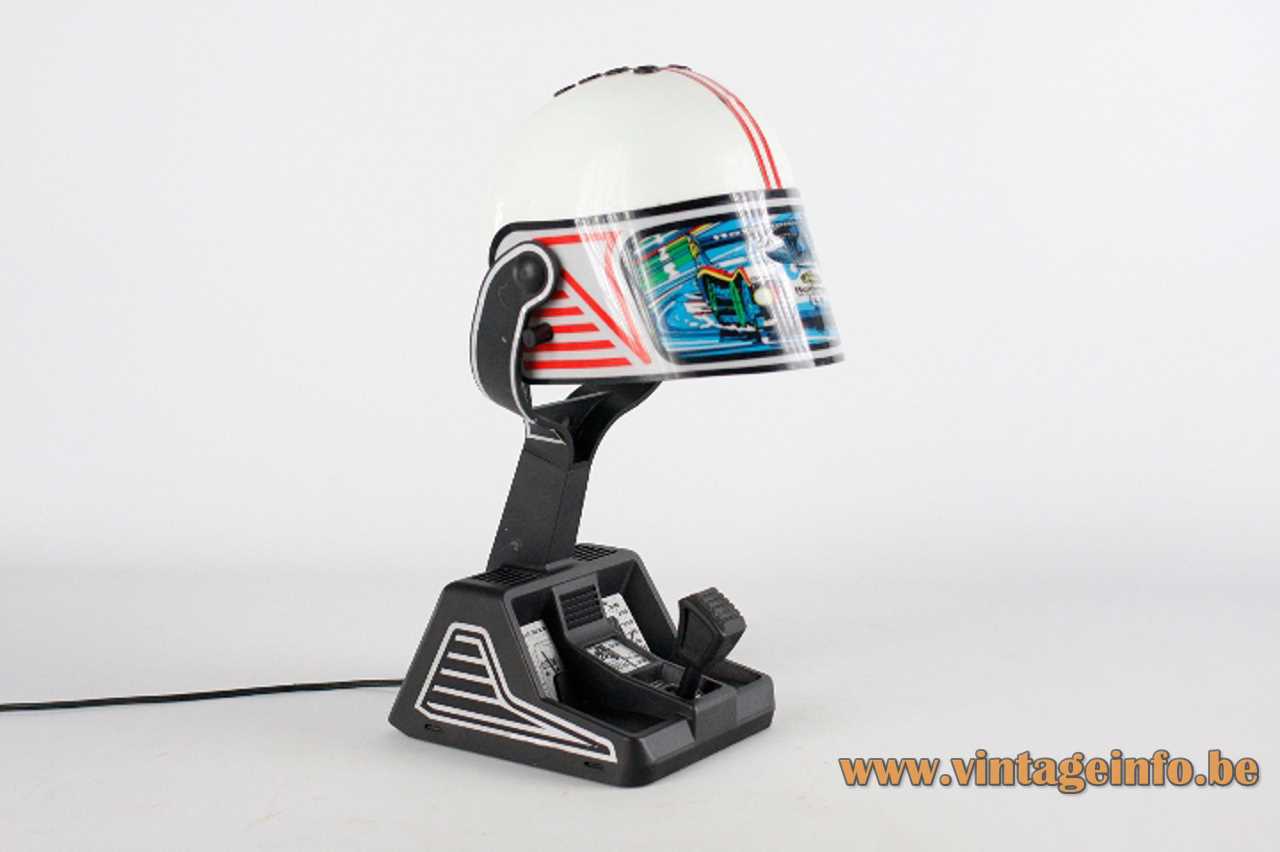 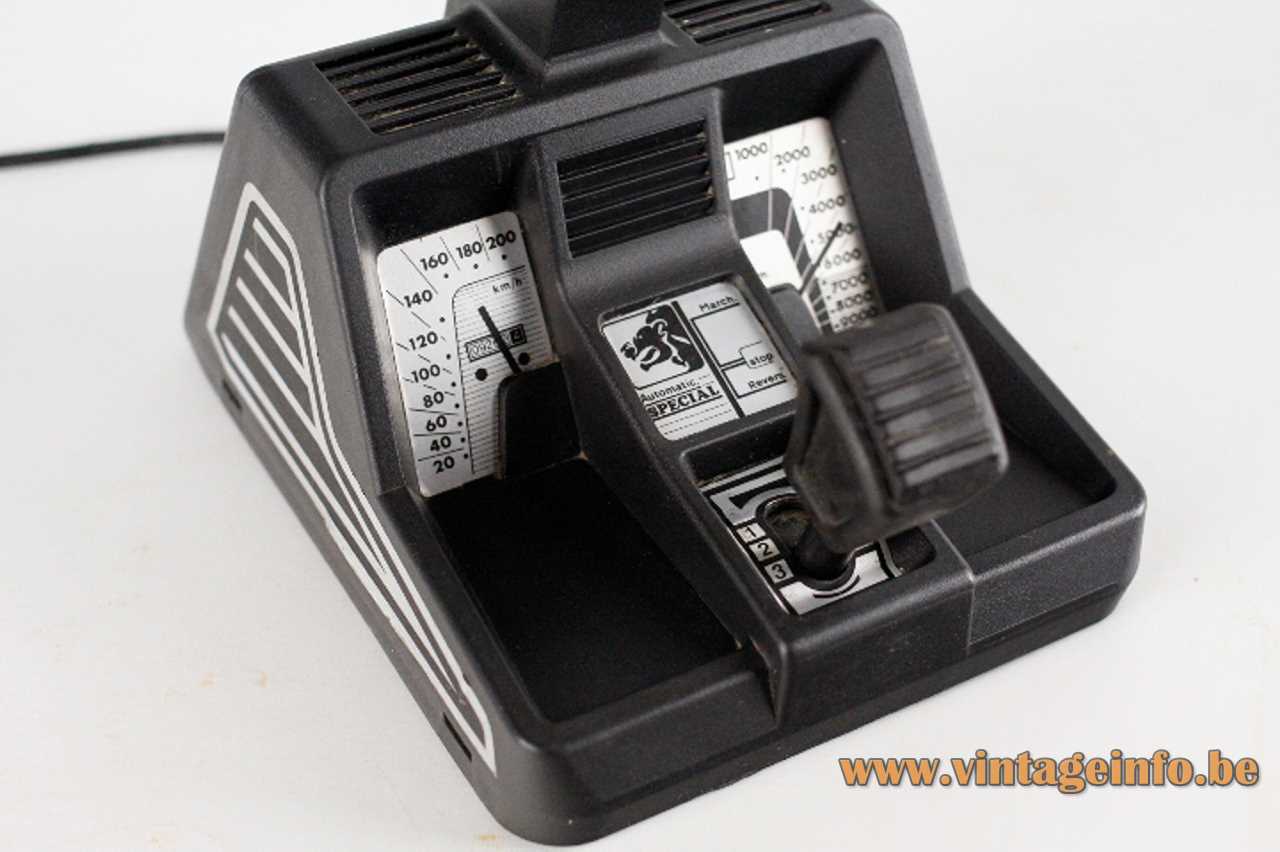 Other versions: This Fase Formula 1 table lamp or desk lamp is made in several varieties and colours. All with this black plastic base.

It seems that the Fase company was a sponsor of the Formula One for a while in the 1980s, to see on this helmet lamp and the sticker below.