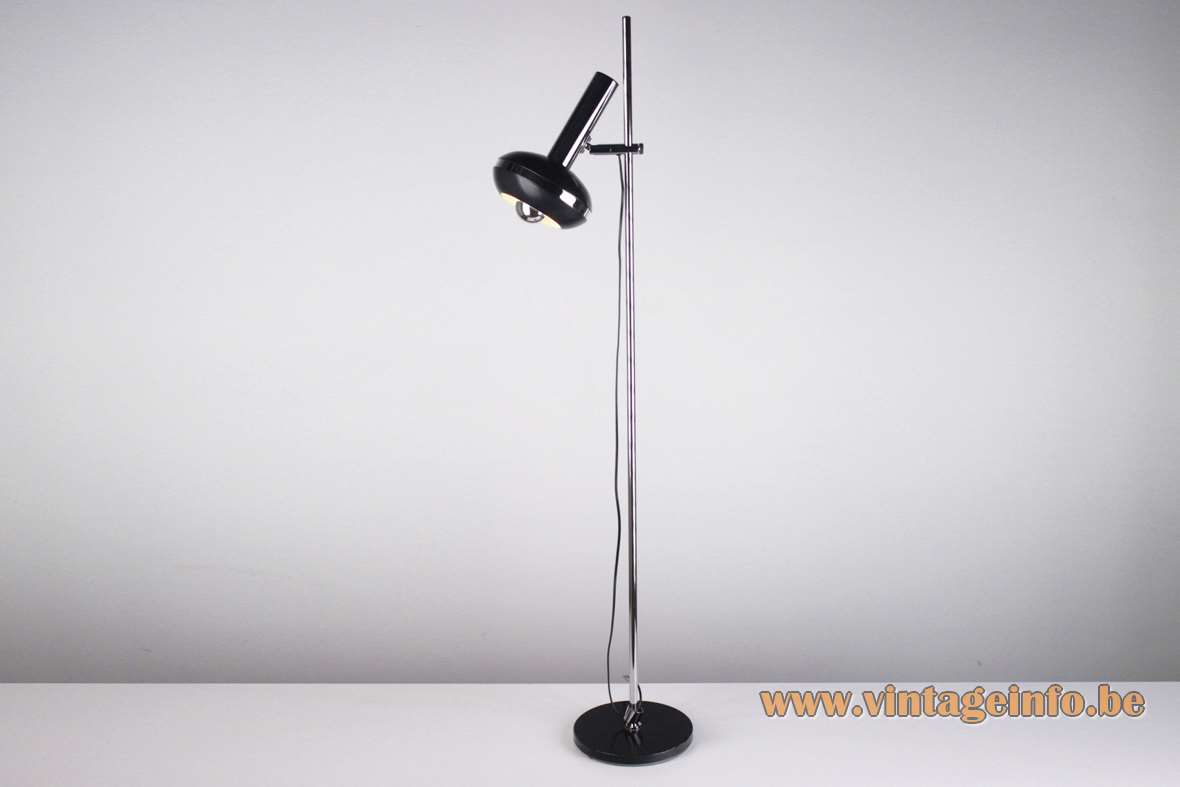 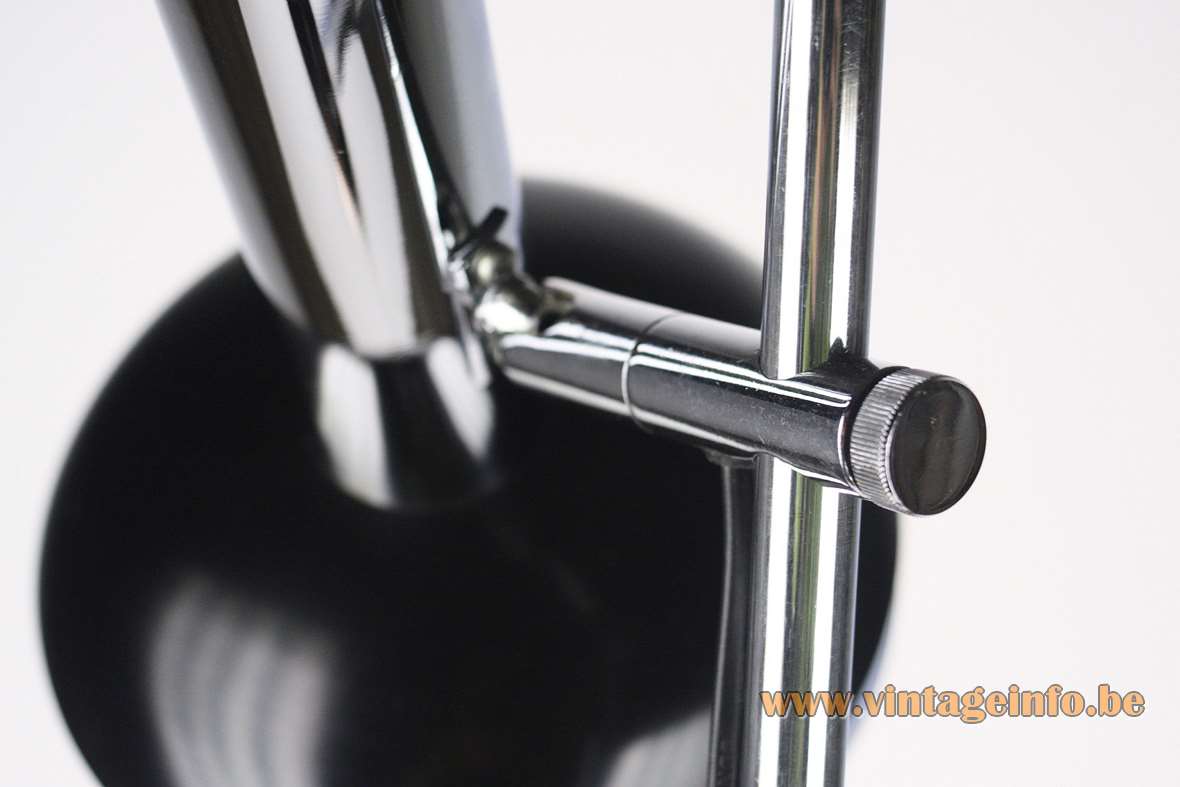 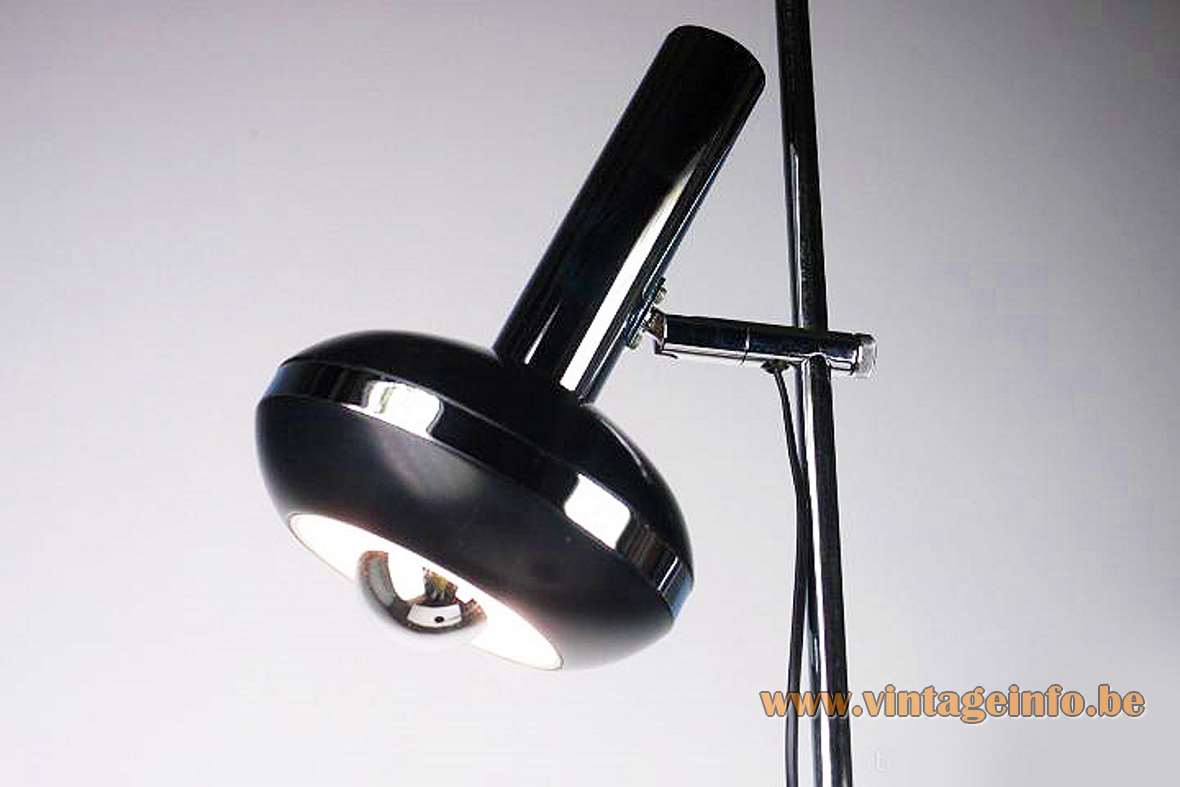 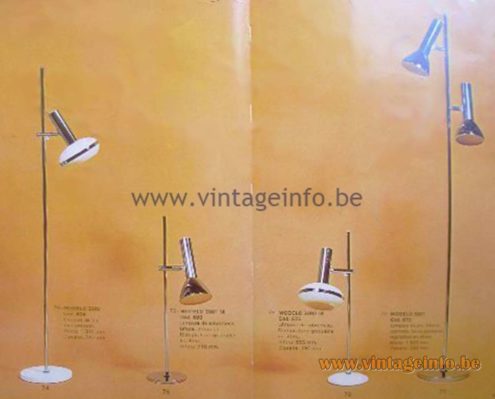 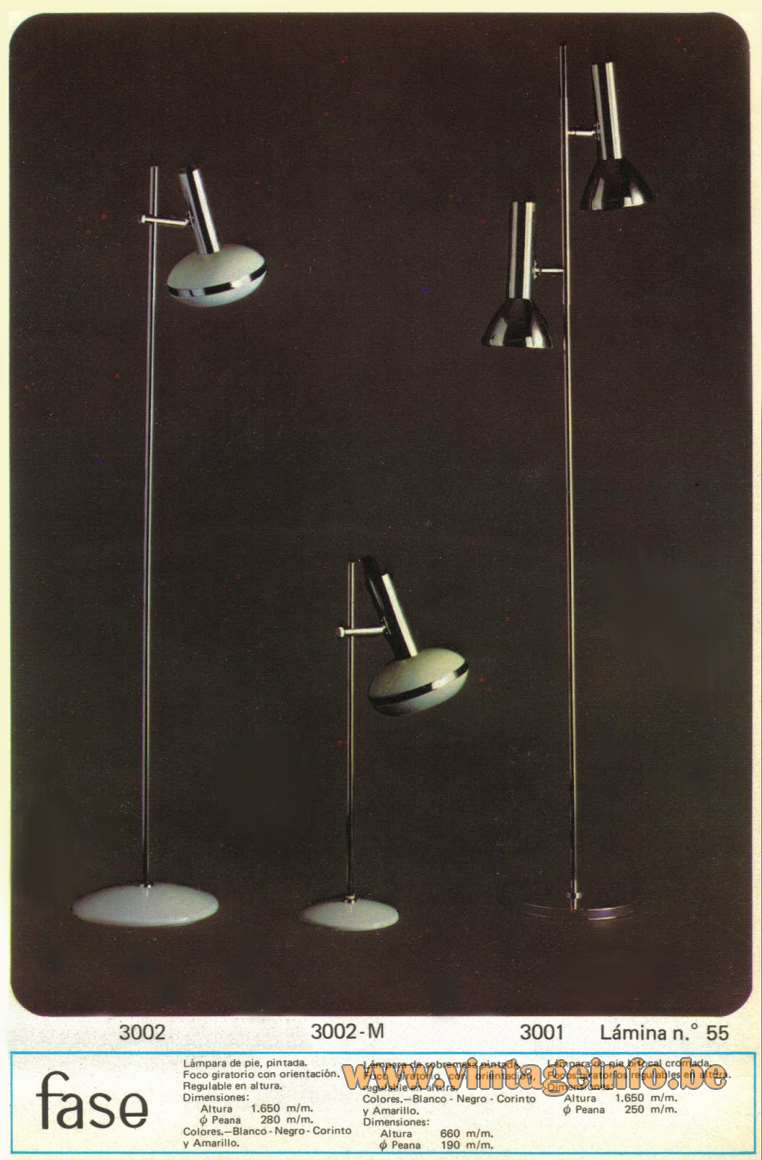 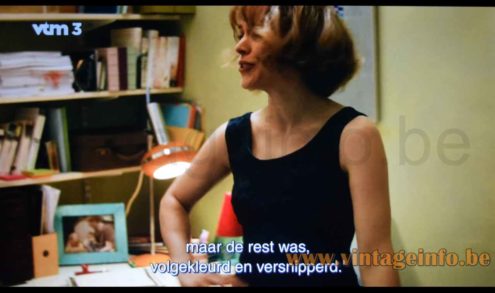 These series of lamps were also sold by Fase from Spain. On this page pictures from the 1974 and 1974-1975 catalogue. Fase sold many lamps made by other companies. More information over here. This black with chrome floor lamp is a Fase lamp.

The other lamps in the catalogue pictures, the two chrome lamps, and the chrome with black floor lamp, were also sold by both companies. Probably also by others. These lamps are often presented as lamps designed by Koch & Lowy, but that’s a hoax.

When you do a search on the internet for the OMI mark you find on the chromed knee joint, you always see lamps that are described as lights designed by Koch & Lowy for OMI. Koch & Lowy is not a design team, but an American light company and has got nothing to do with this lamp. Today Koch & Lowy is owned by Chapman Manufacturing Company, Inc. from Avon, Massachusetts. Koch & Lowy used OMI joints for some lamps they produced and stamped their name next to the OMI logo, hence the confusion.

Some say OMI Switzerland, but there is nothing to be found about a Swiss company with that name. Others say OMI DBGM, because sometimes it is written on the knee joint.

The other lamp in the catalogue picture