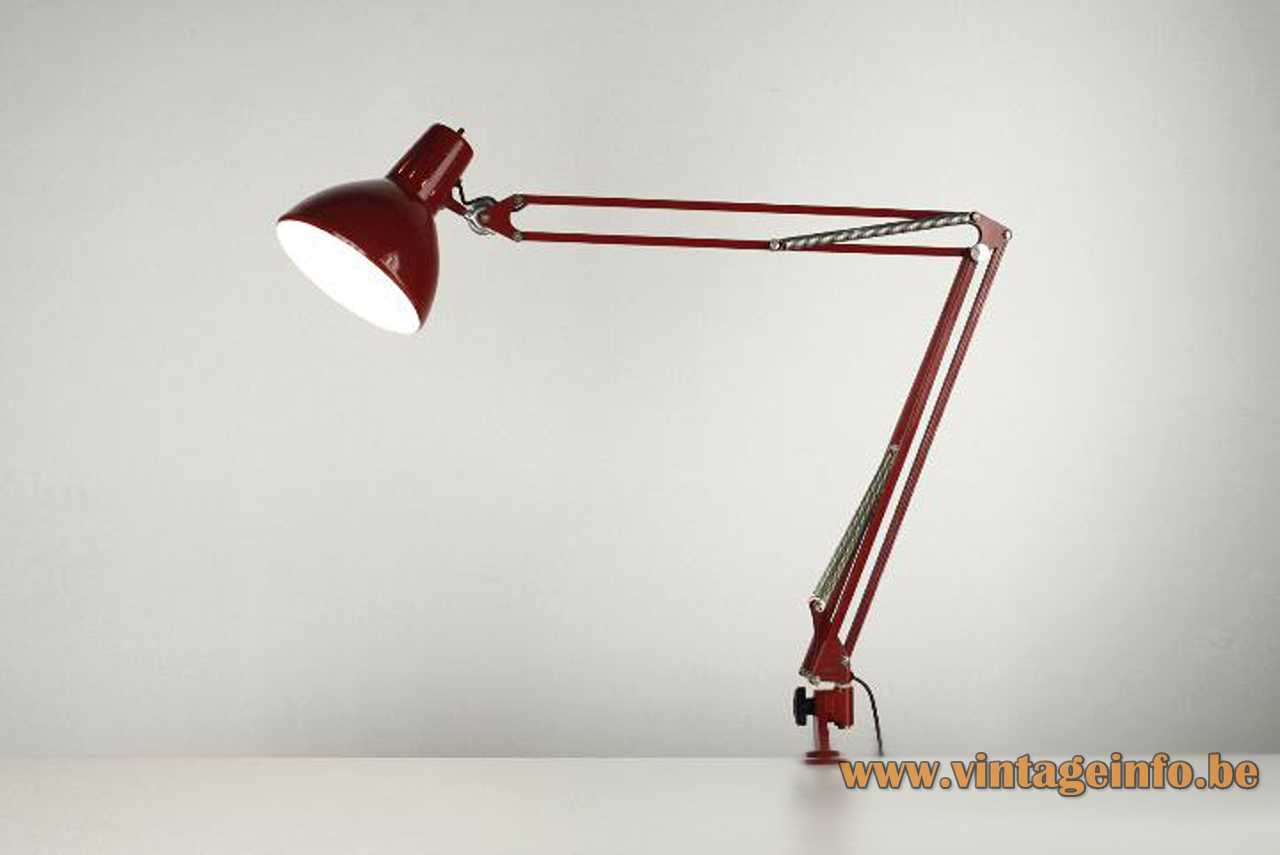 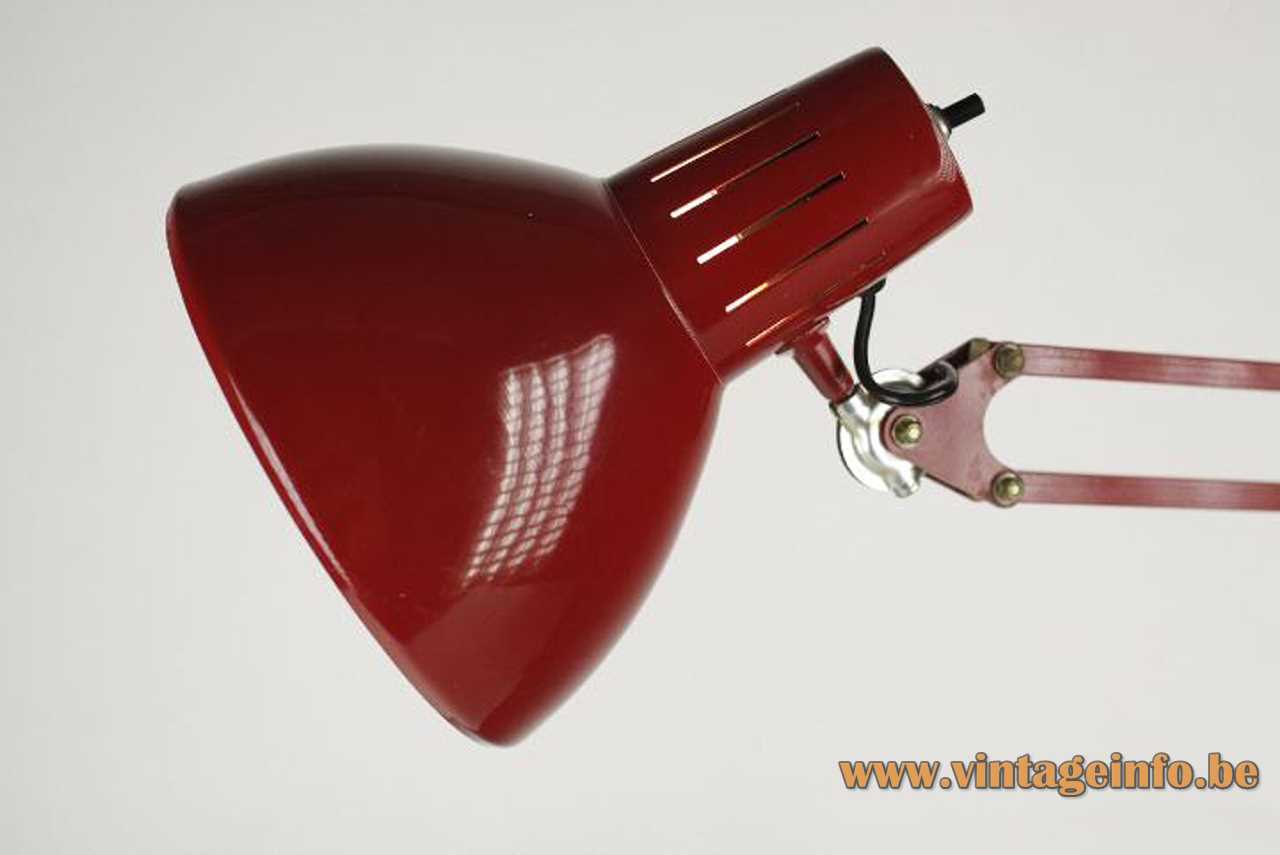 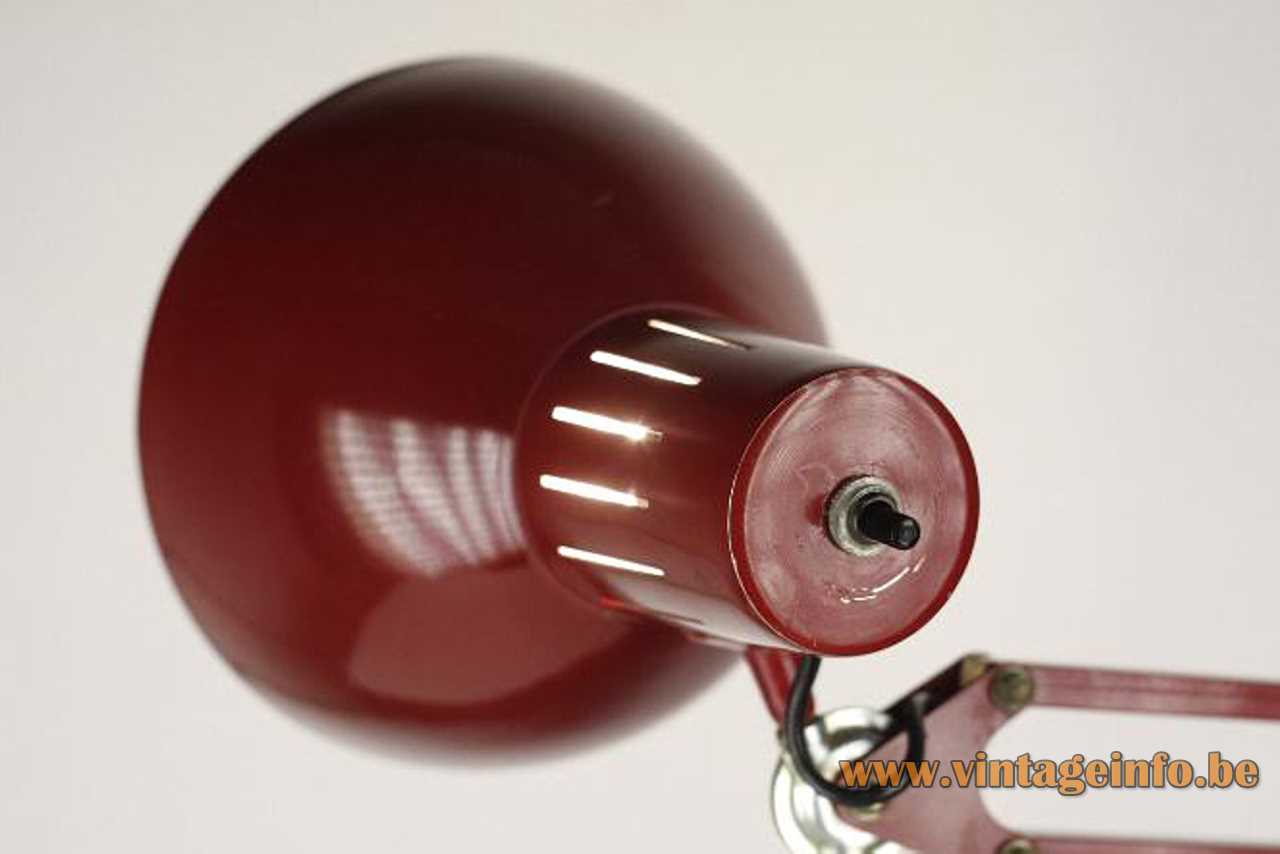 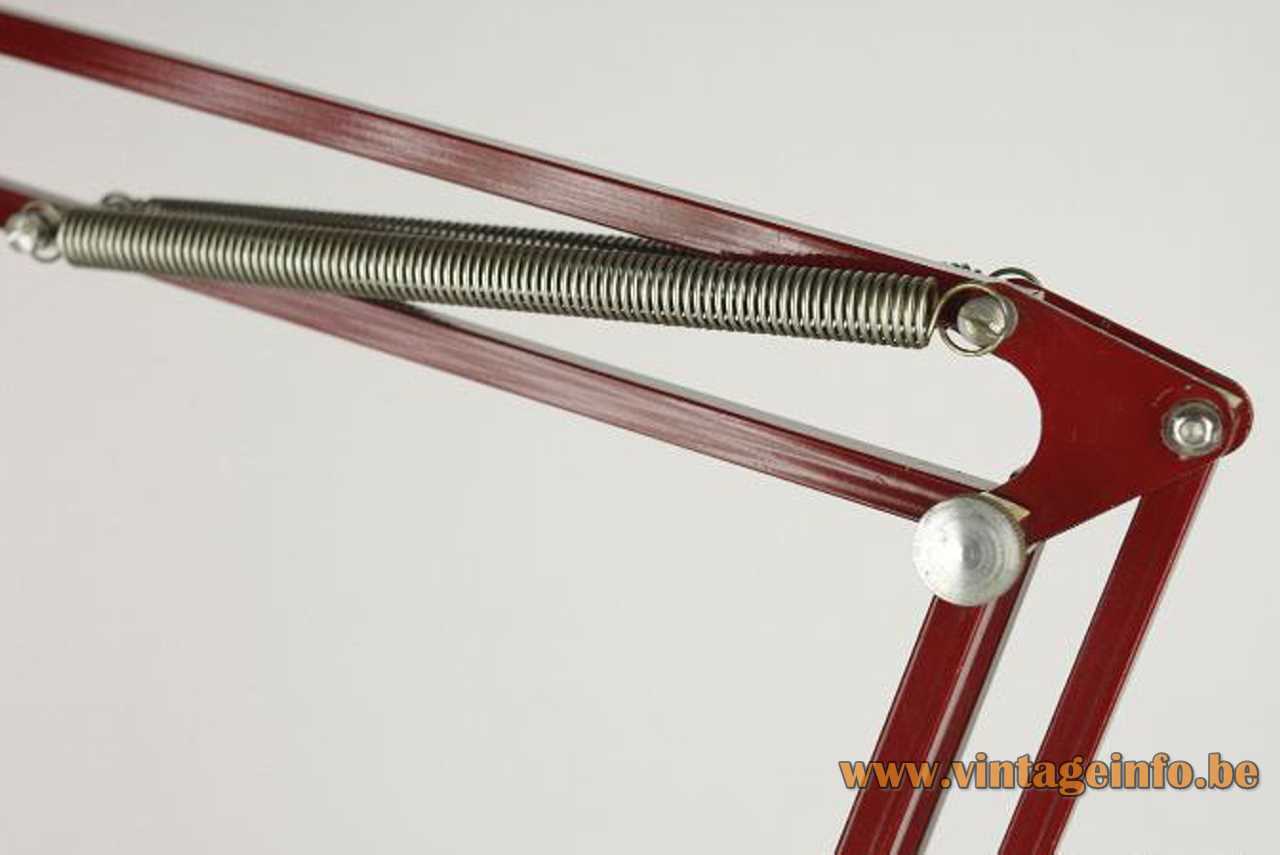 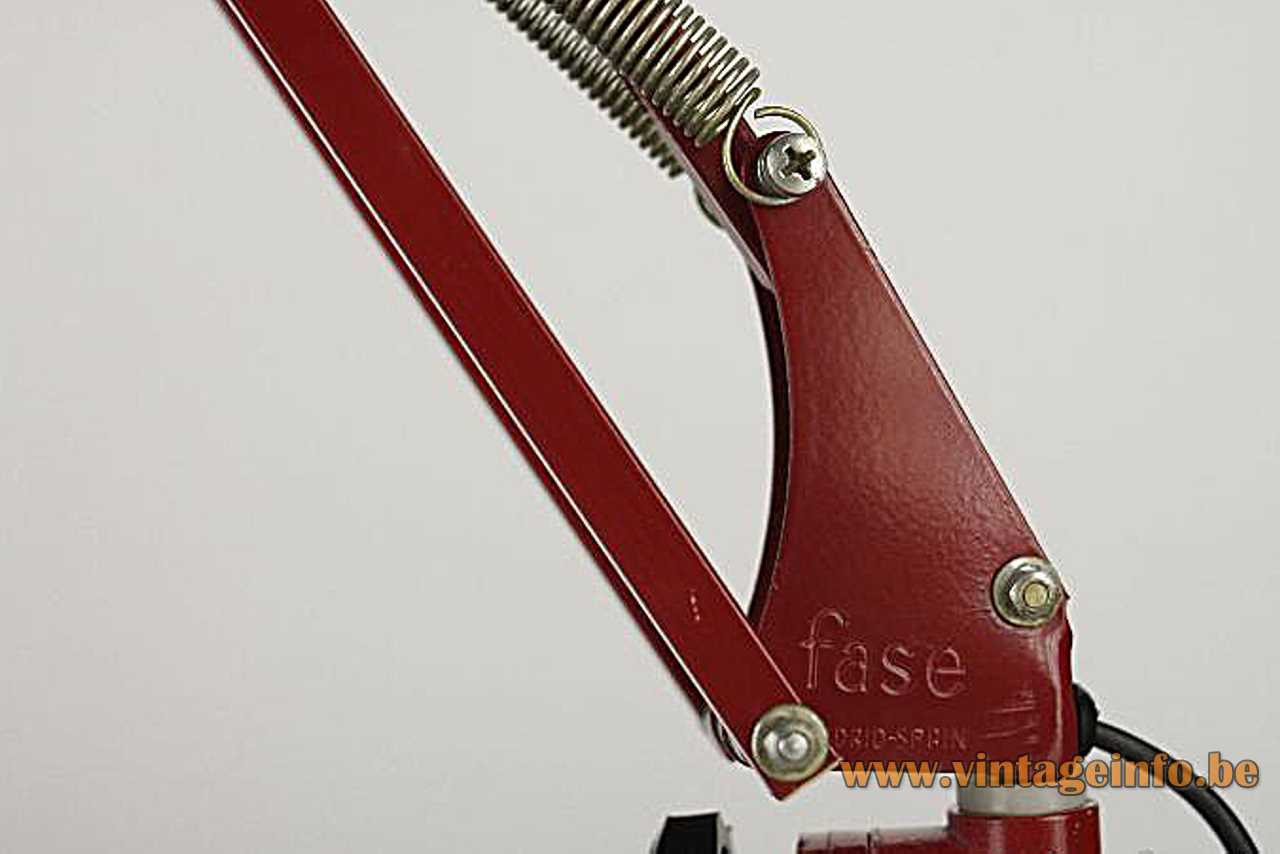 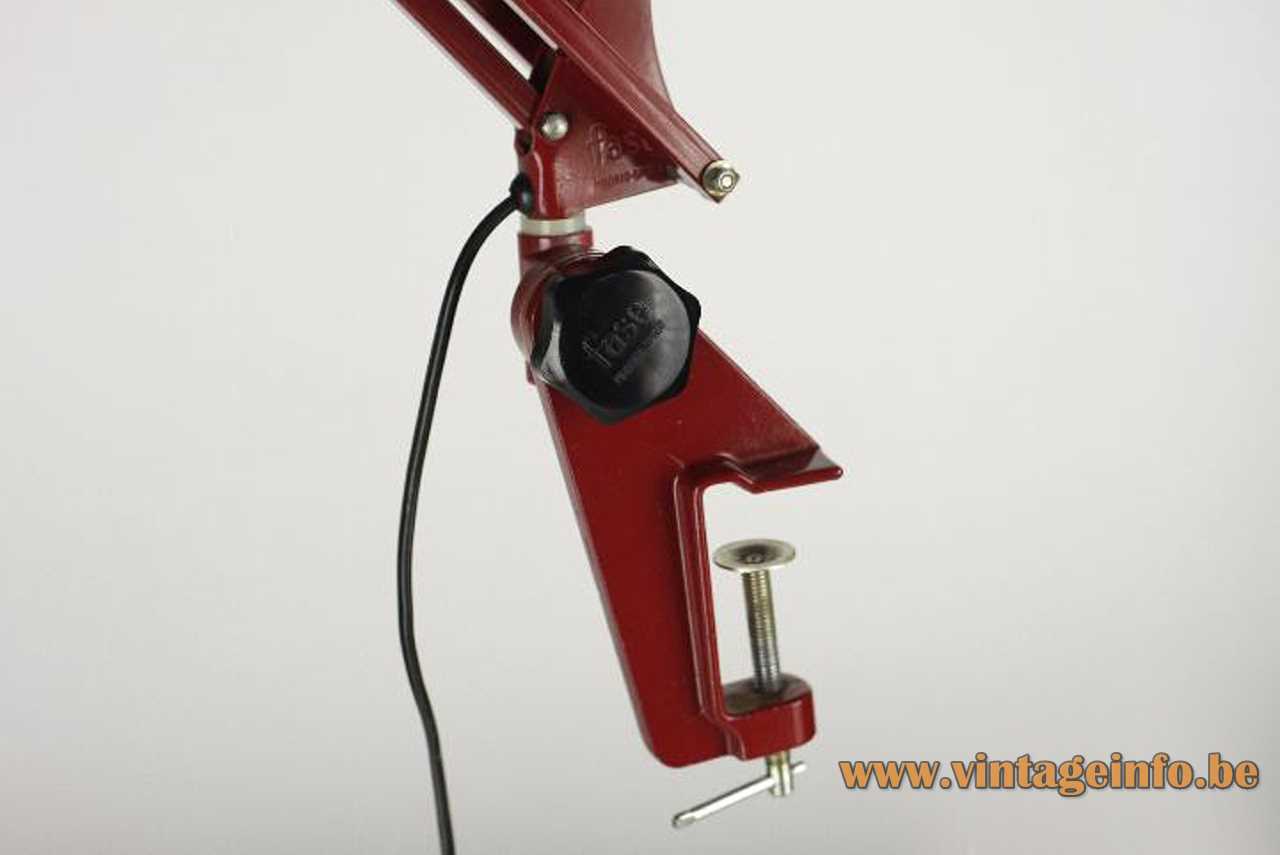 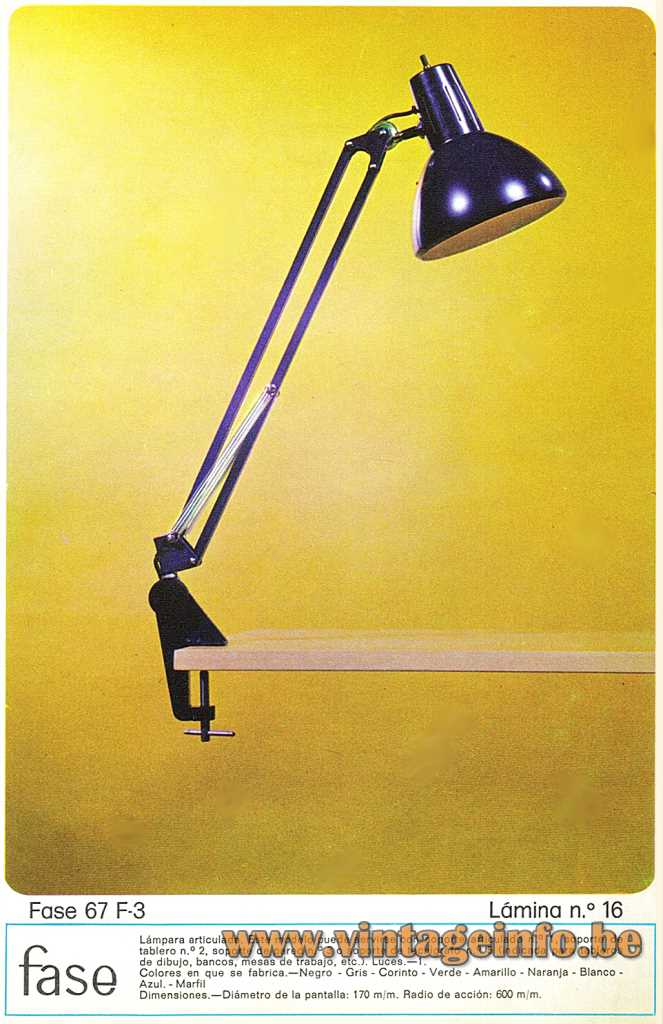 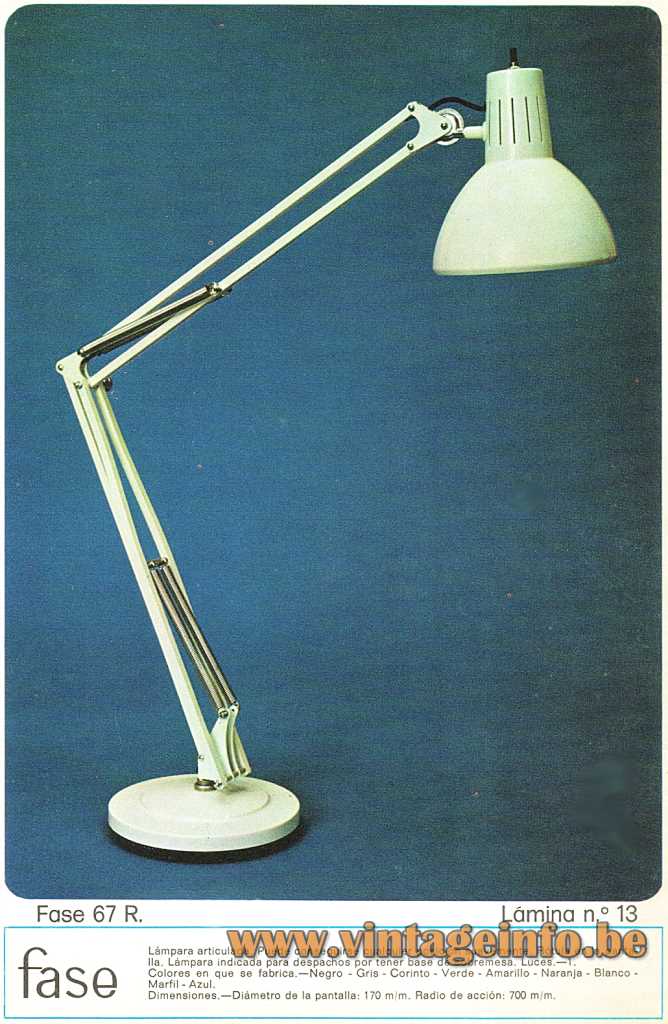 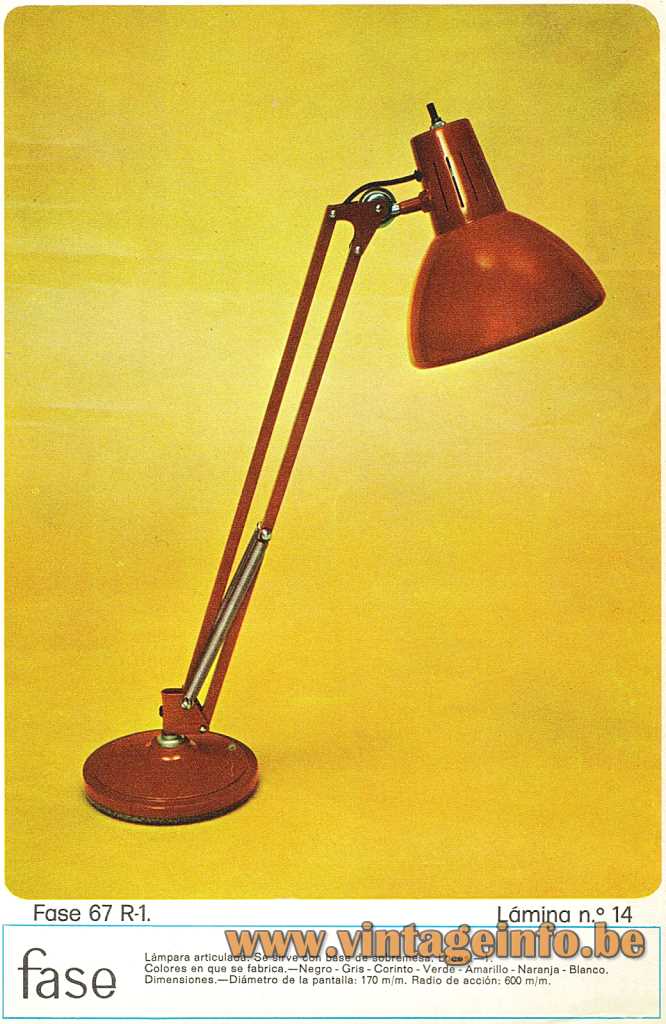 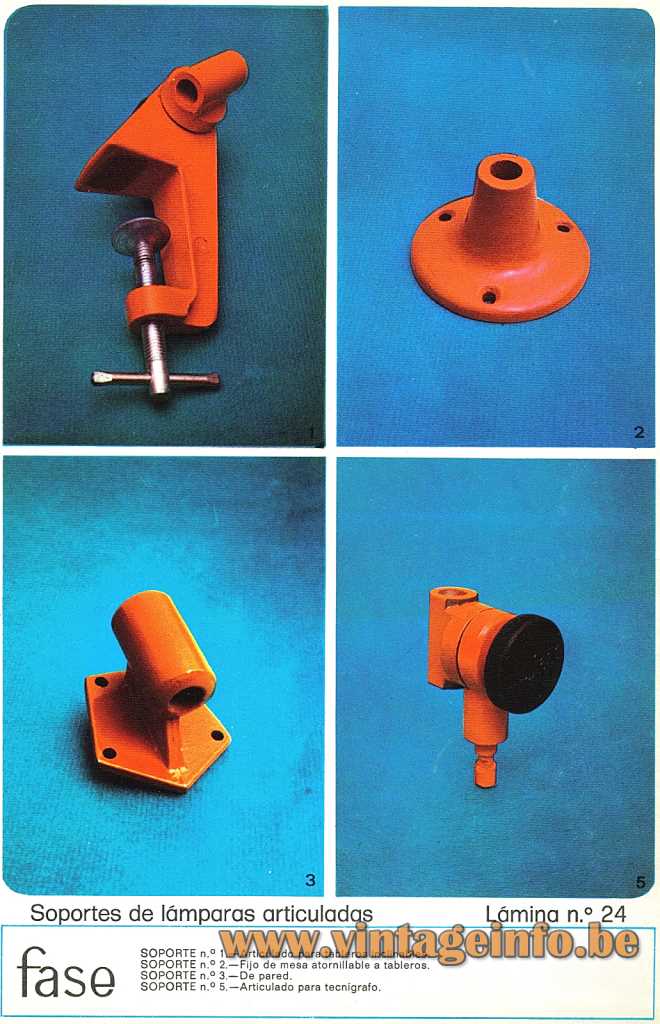 Other versions: The Fase architect clamp lamp 67 F-3 exists in several colours. Also a different type of clamp was made, as you can see. Also made as an architect desk lamp, model 67-R and 67-R-1. Probably also made in some other models.

When the company stopped producing them abruptly, there was a lot of ‘stock’ available in the warehouses. That’s why you find relatively many lamps with a label attached. Many lamps are sold new and never used in the box (NOS – New Old Stock), also named dead stock. 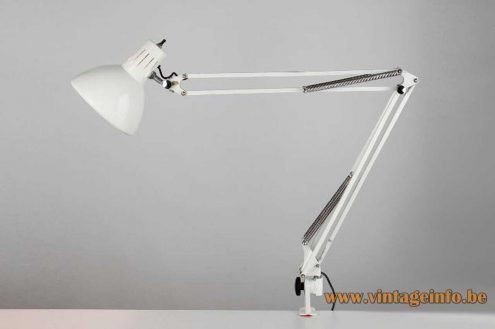 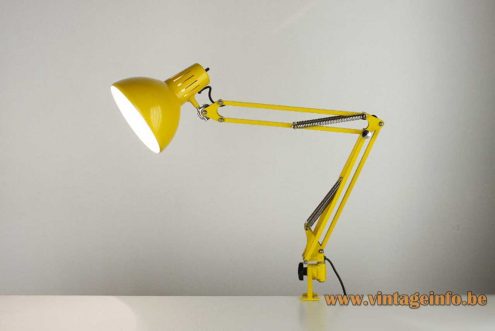 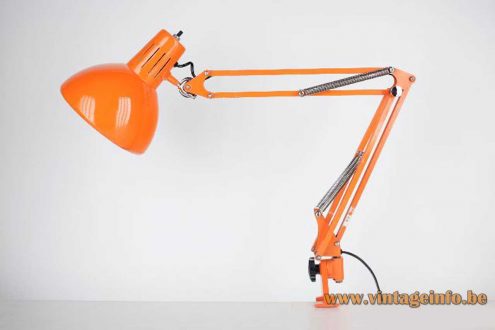 A yellow Fase architect clamp lamp was used as a prop in the 2020 Spanish-German crime film Ofrenda A La Tormenta (Offering to the Storm). It is the third and final instalment in the Baztán Trilogy. In all 3 films many lamps appear. Although it is almost an overkill in this last film. Starring Marta Etura, Leonardo Sbaraglia and Paco Tous.

It is another architect clamp lamp, but very similar with the Fase lamps. It appears in the Alfred Hitchcock film noir thriller movie Vertigo from 1958. Starring James Stewart, Kim Novak and Barbara Bel Geddes. Barbara Bel Geddes, here on the photo, well known for her roll in the Dallas TV series. 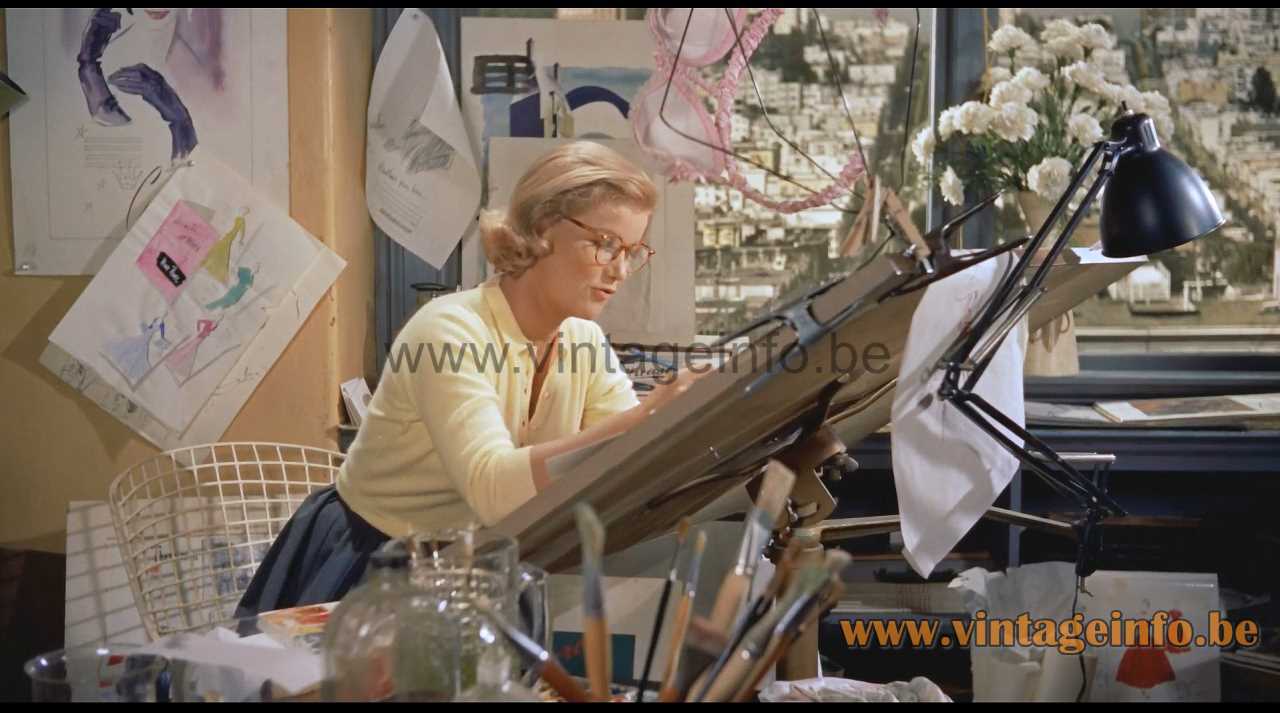