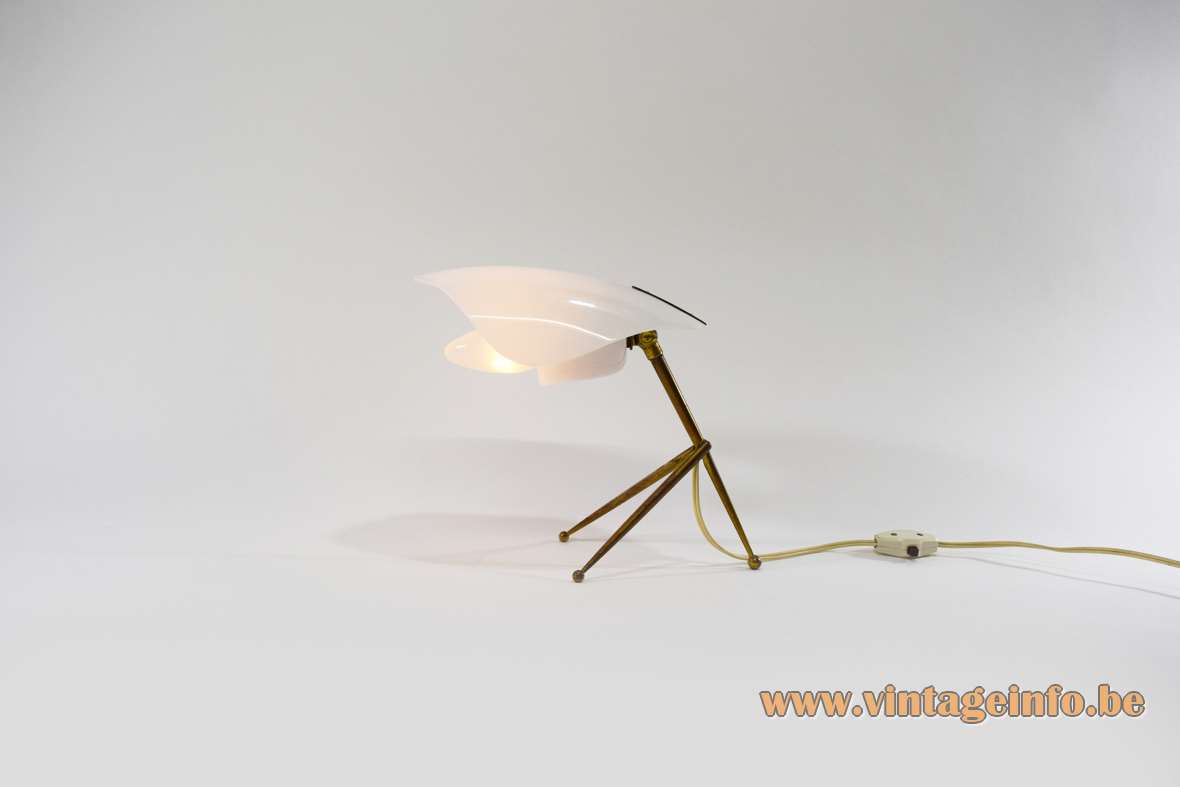 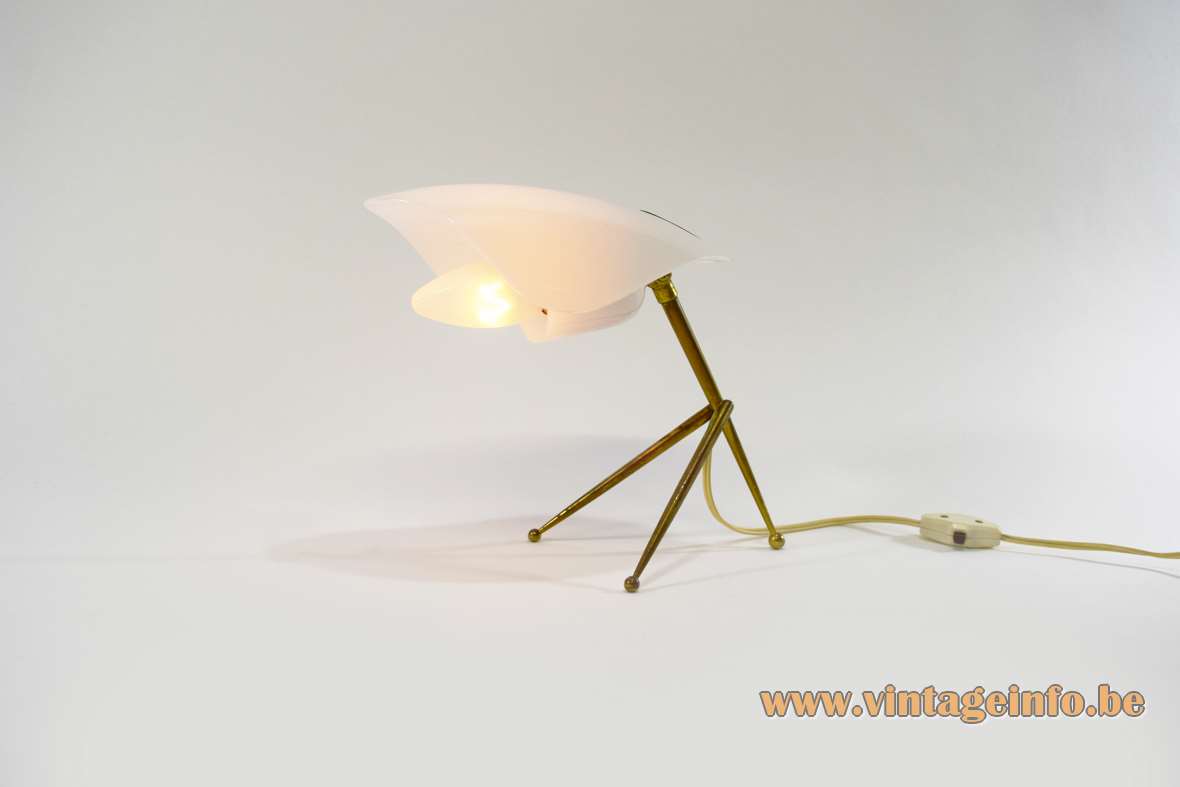 The lamp socket of this desk lamp was made by BJB. BJB is Brökelmann, Jäger and Busse, BJB GmbH & Co. KG. The BJB company was founded in 1867 and started with petroleum lighting. The company still exists. Today they produce LED lamps, terminal blocks and connectors, lamp holders for conventional lighting and switches. They are active in the whole world. BJB GmbH & Co. KG is located on Werler Strasse 1, 59755, Arnsberg, Germany.

The switch was made by the VLM Components company from Buccinasco, near Milan in Italy. Today VLM Components is owned By Relco. It is one of the biggest suppliers of switches, cords and plugs in Europe. VLM Components became famous for the switches they produce that were designed by Achille Castiglioni in 1968.

Other versions: This brass & white acrylic tripod desk lamp was at least also made with a mother-of-pearl shine on the white acrylic. Made in black, red and beige/vanilla coloured acrylic. The lampshade was also used for a single and double wall and desk lamp with a round base and two rods, often in red and white.

This tripod desk lamp was also made with a different base. It has two flat black painted rods and a curved rod to the identical lampshade.