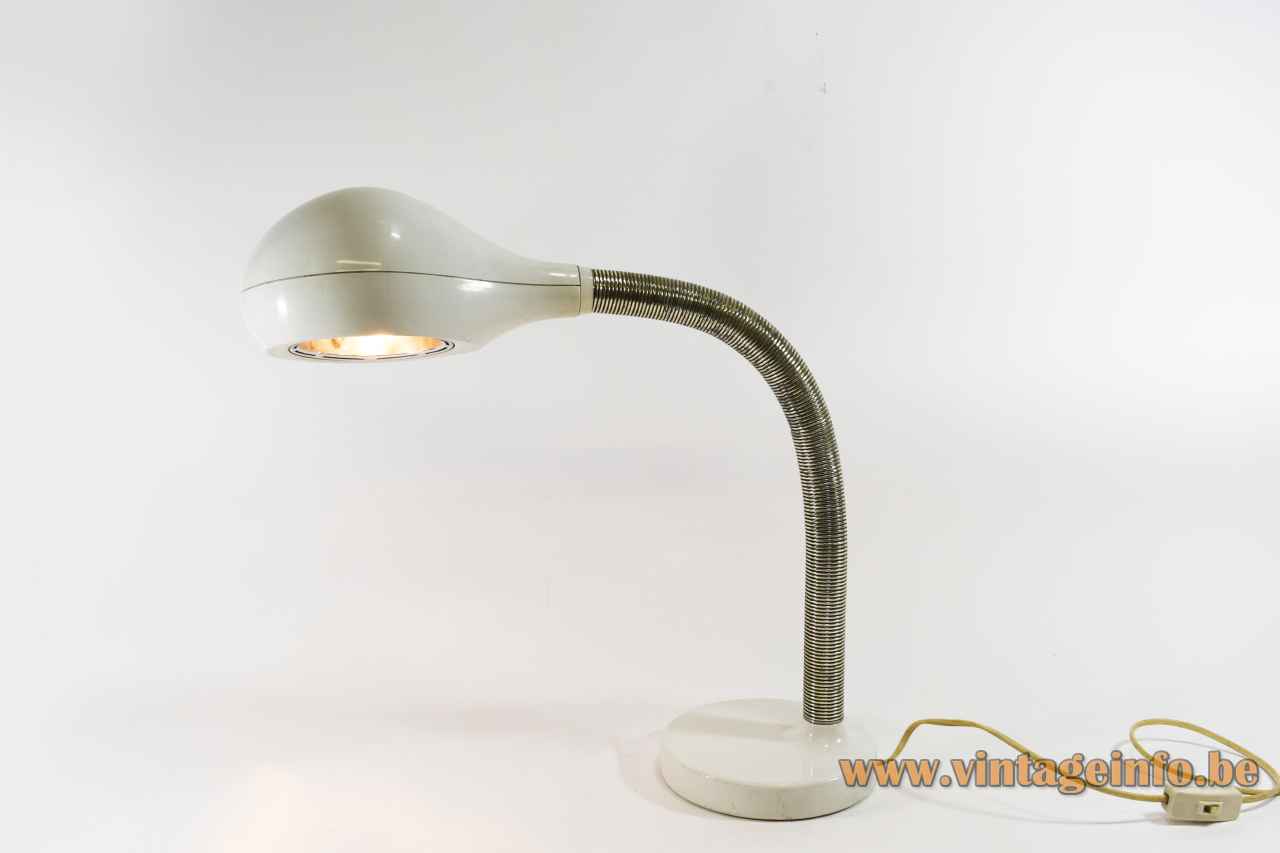 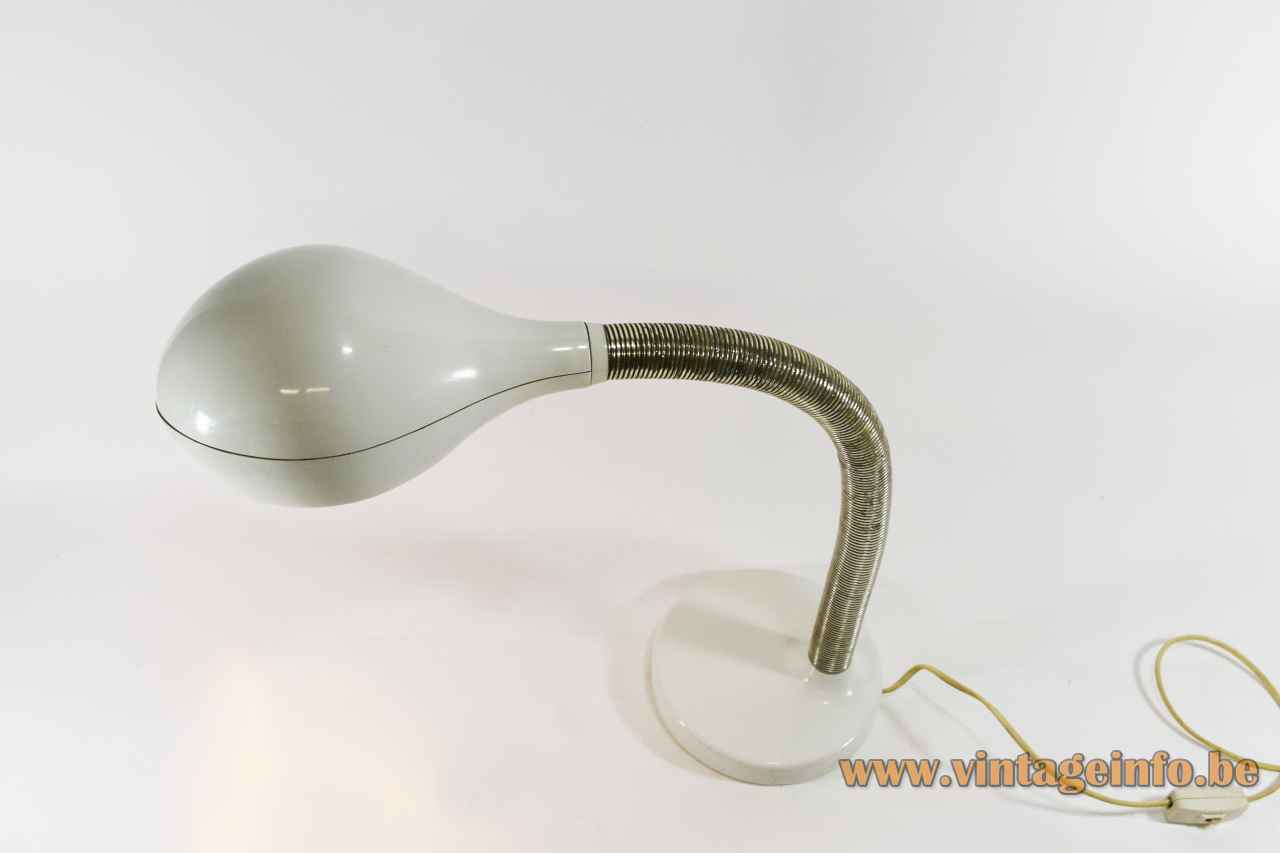 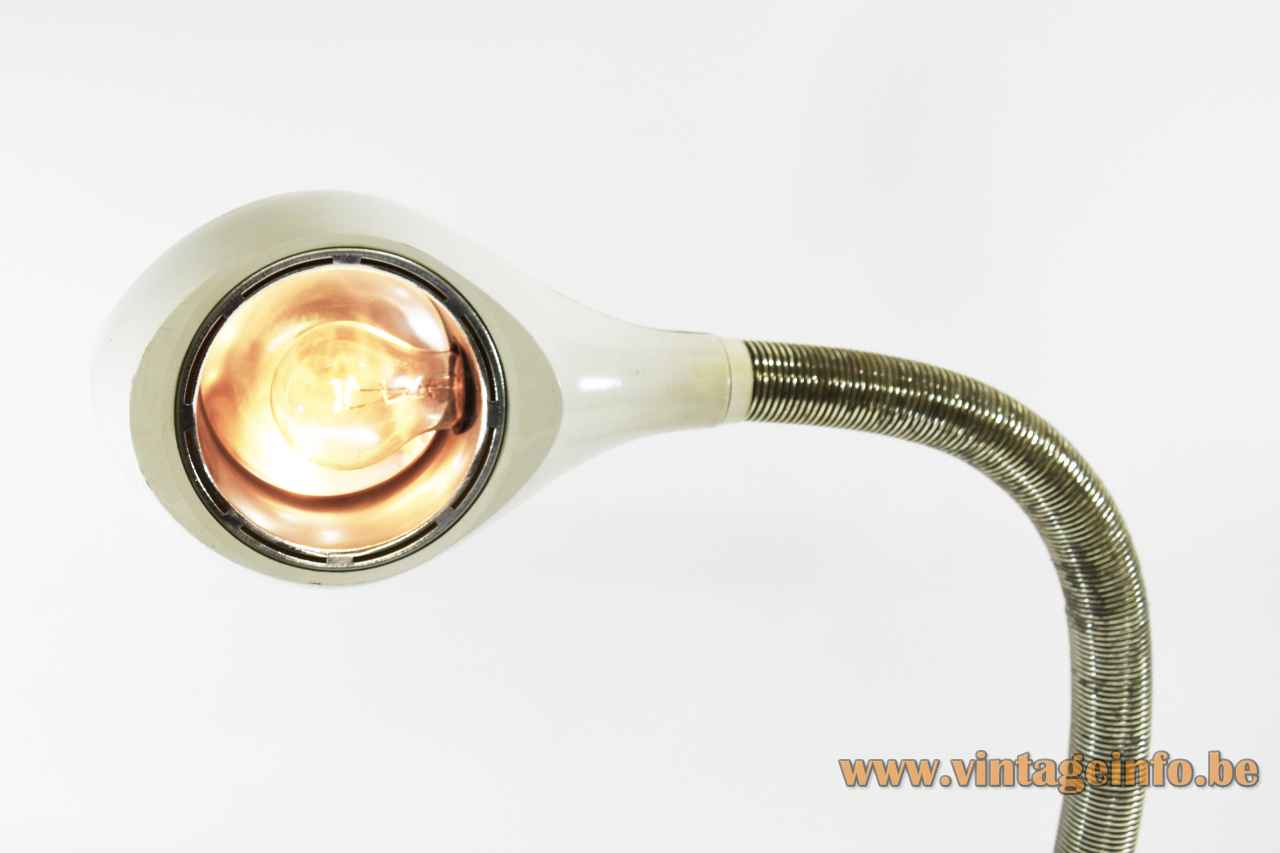 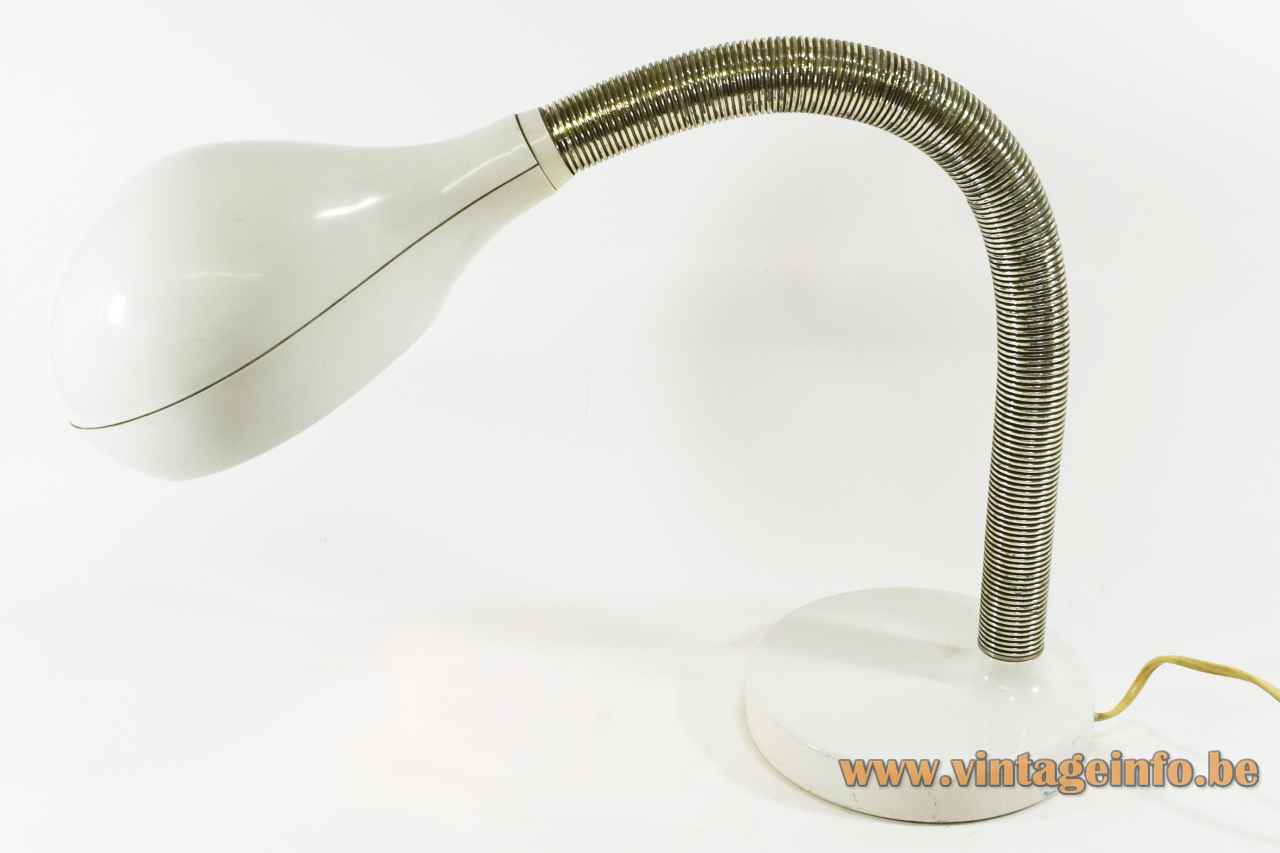 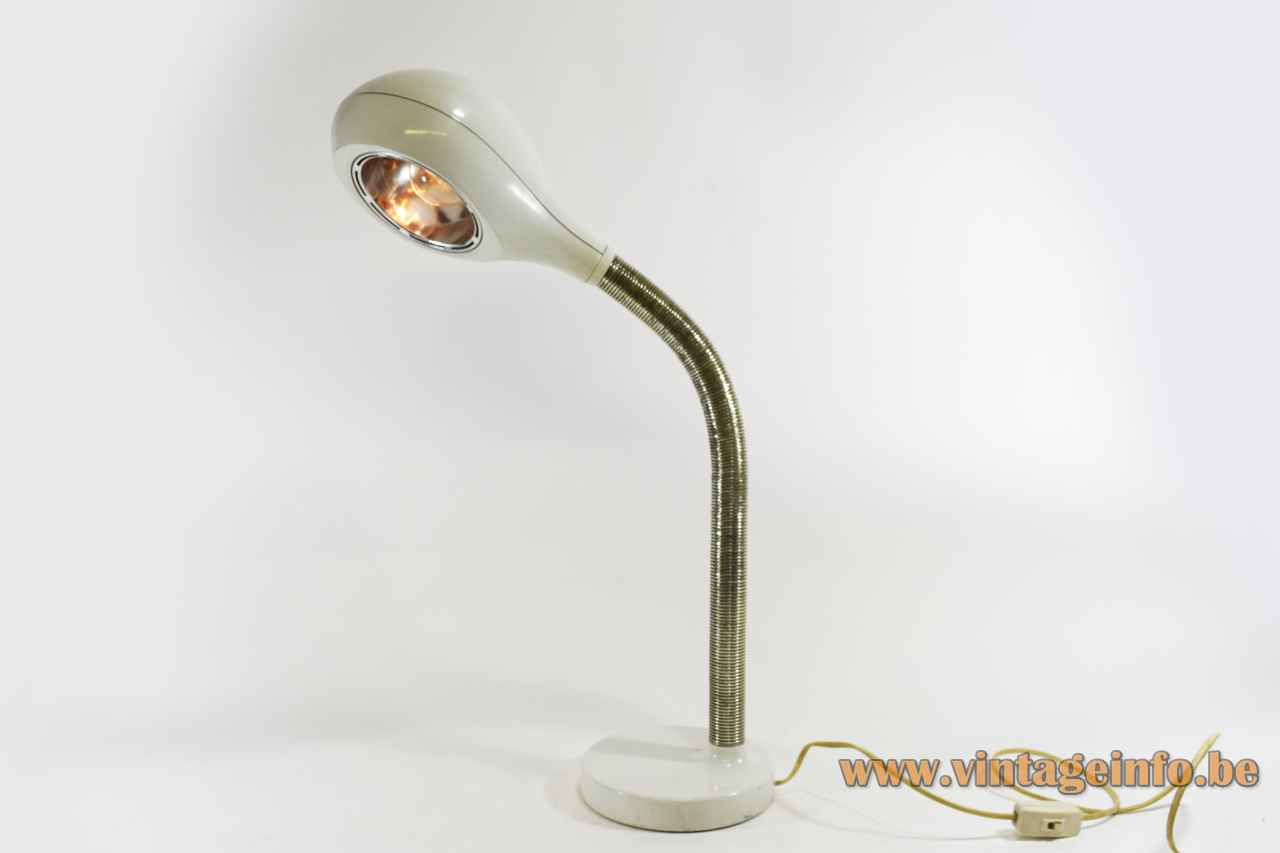 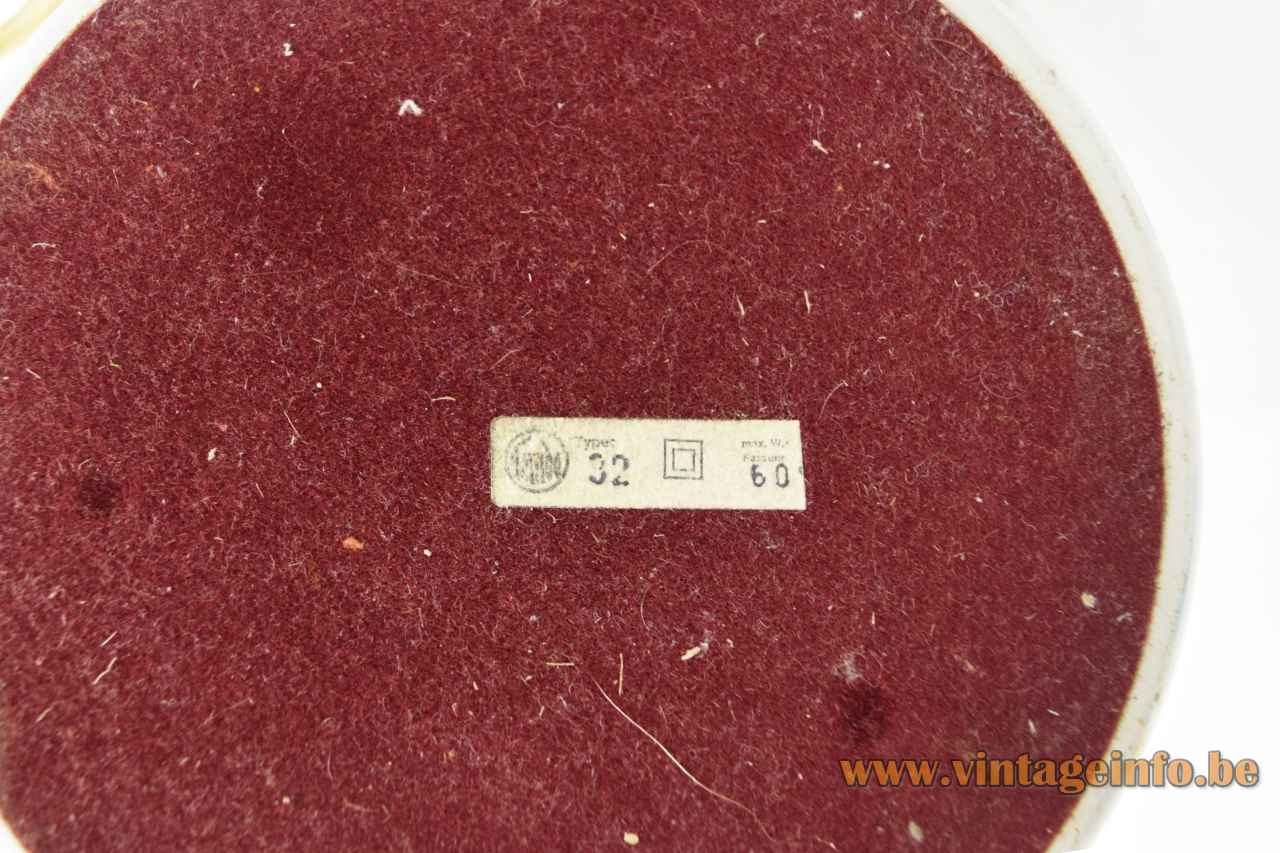 Other versions: This Temde Cobra table lamp exists in several colours and was at least also made as a floor lamp and a swing arm floor lamp. This table or desk lamp is model 32, as labelled.

These lamp series received an iF Design Award in 1974.

Fagerhults made a very similar lamp a year later. You can find it over here.