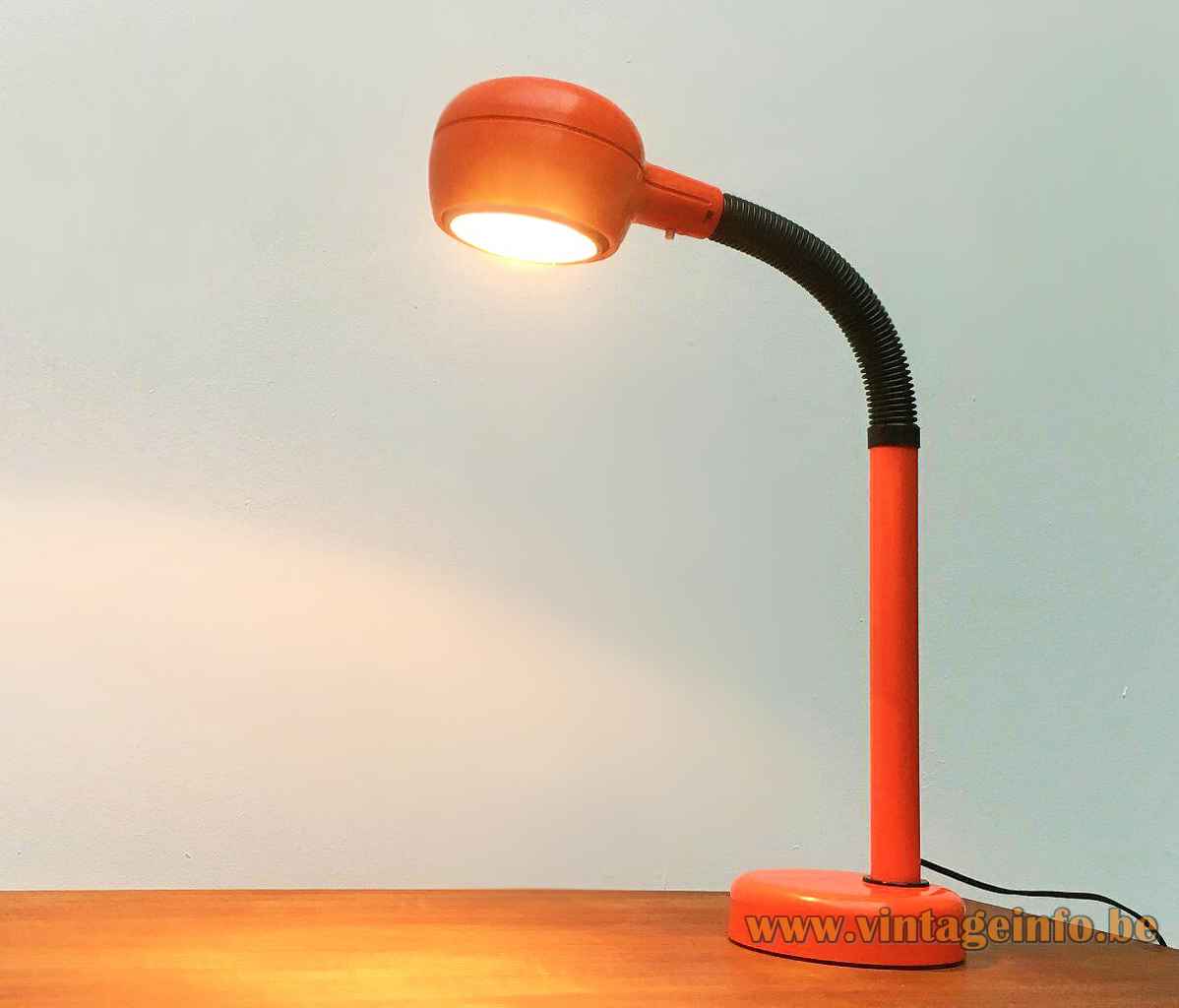 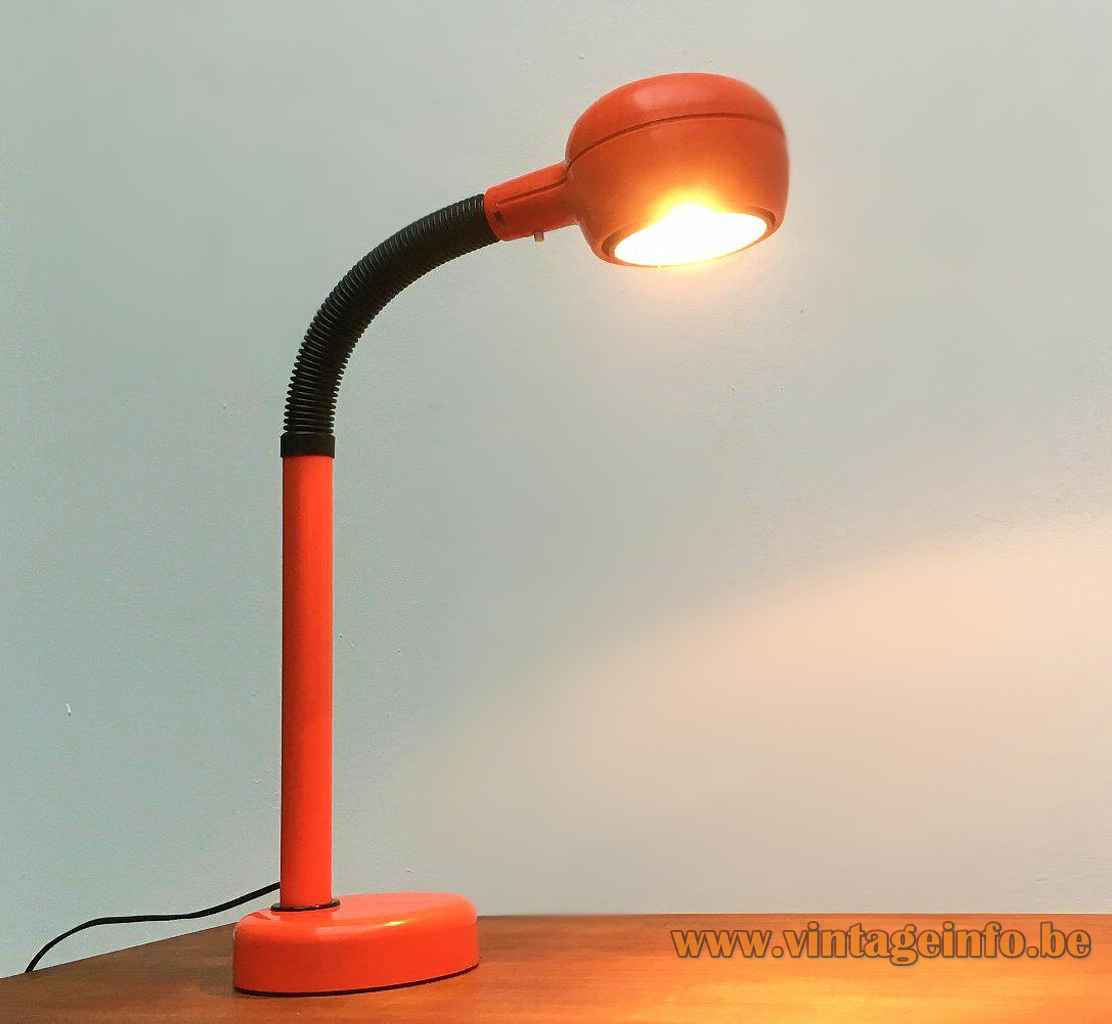 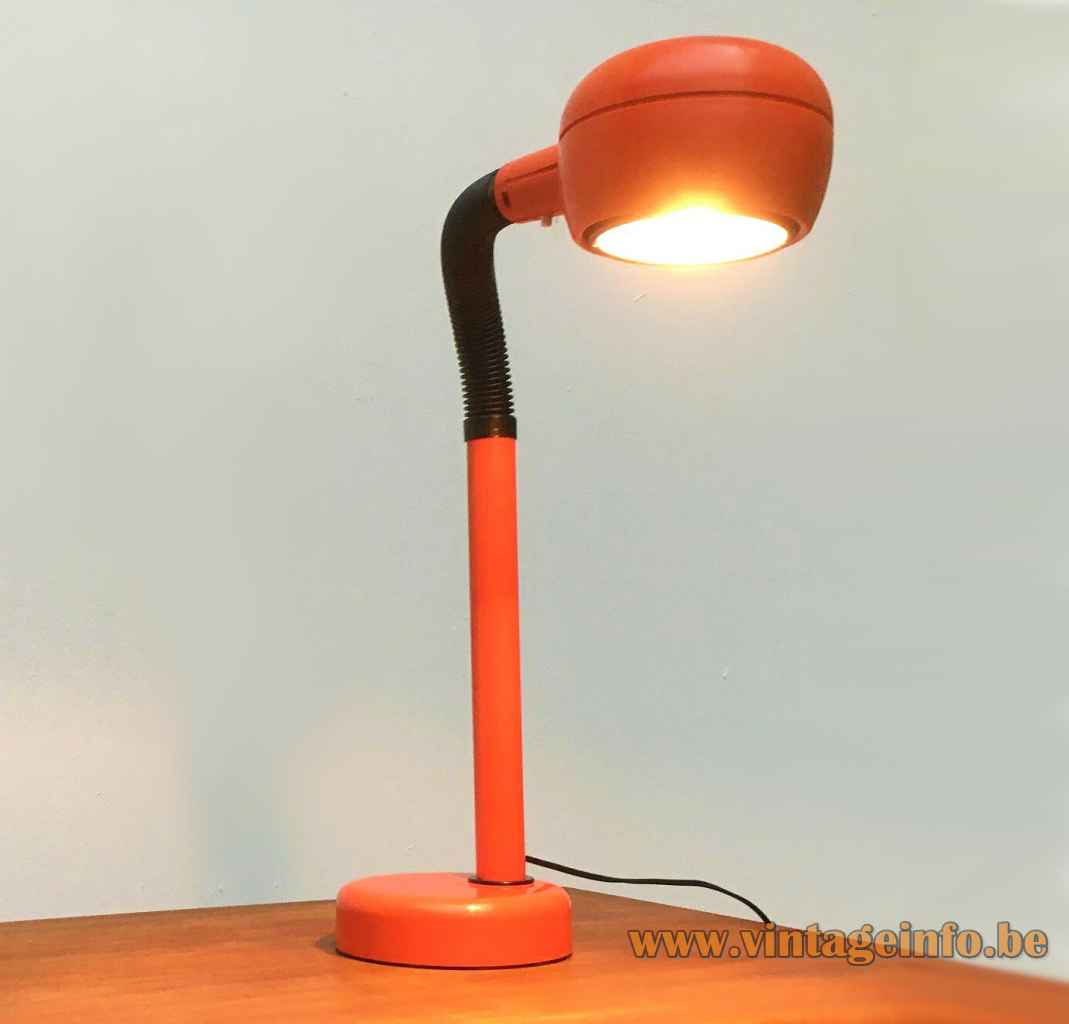 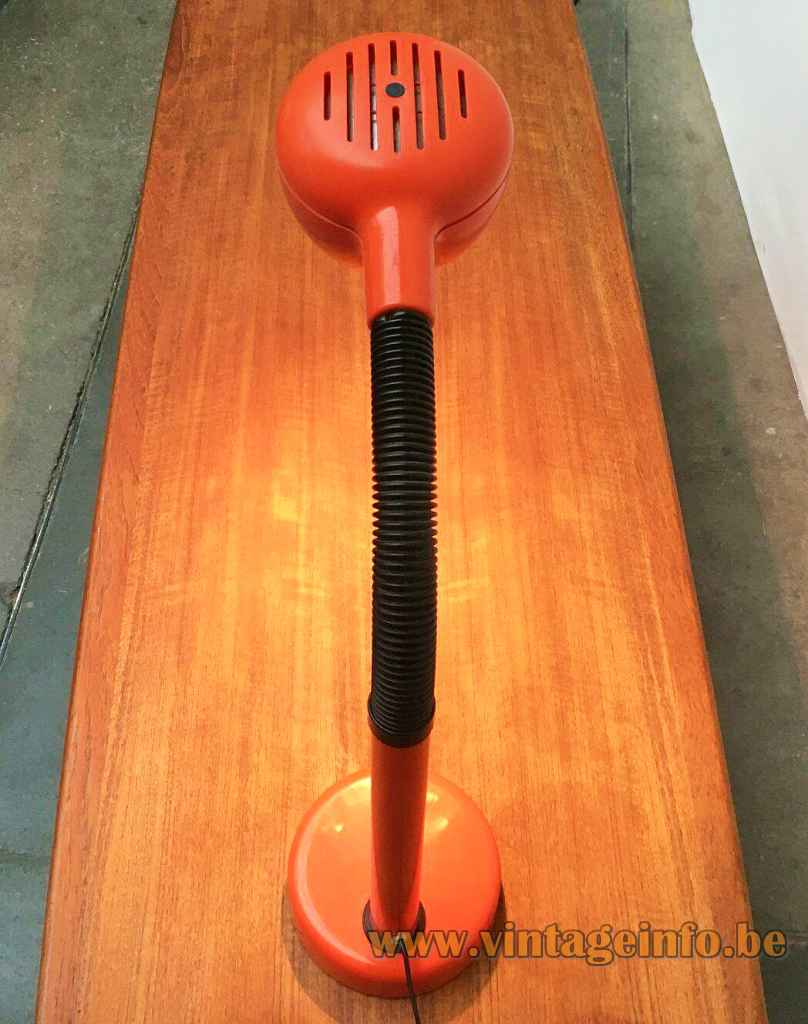 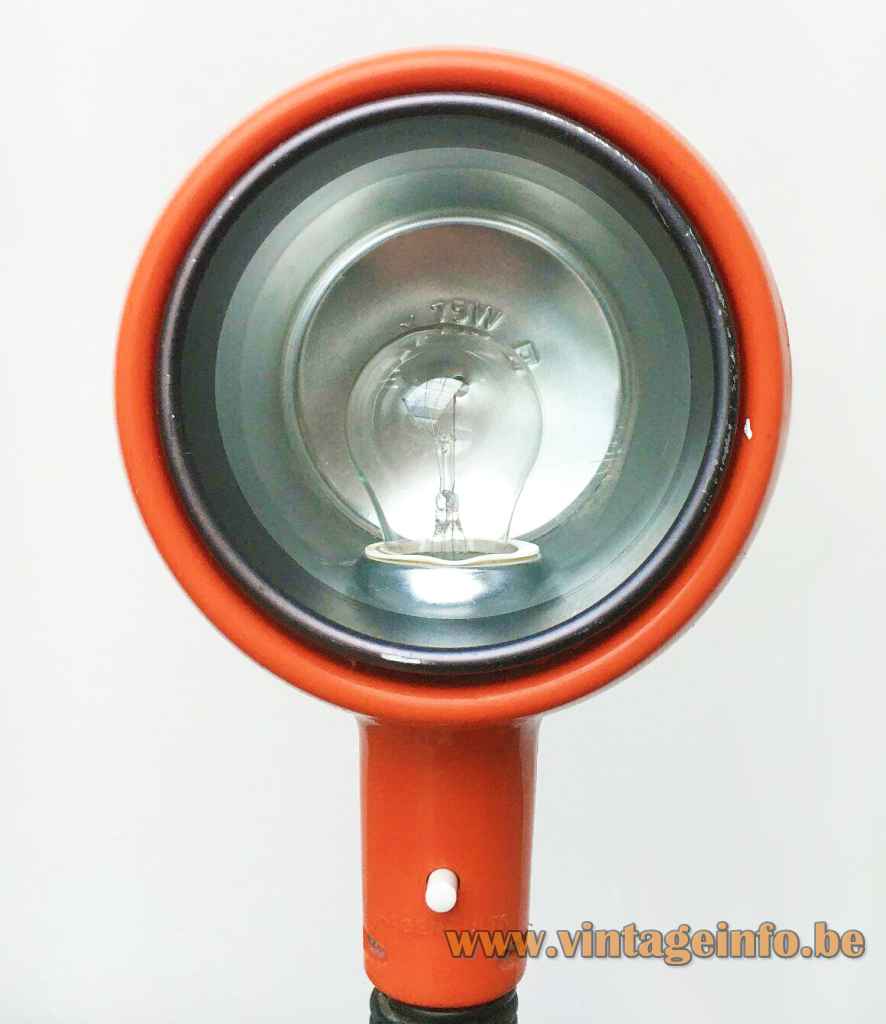 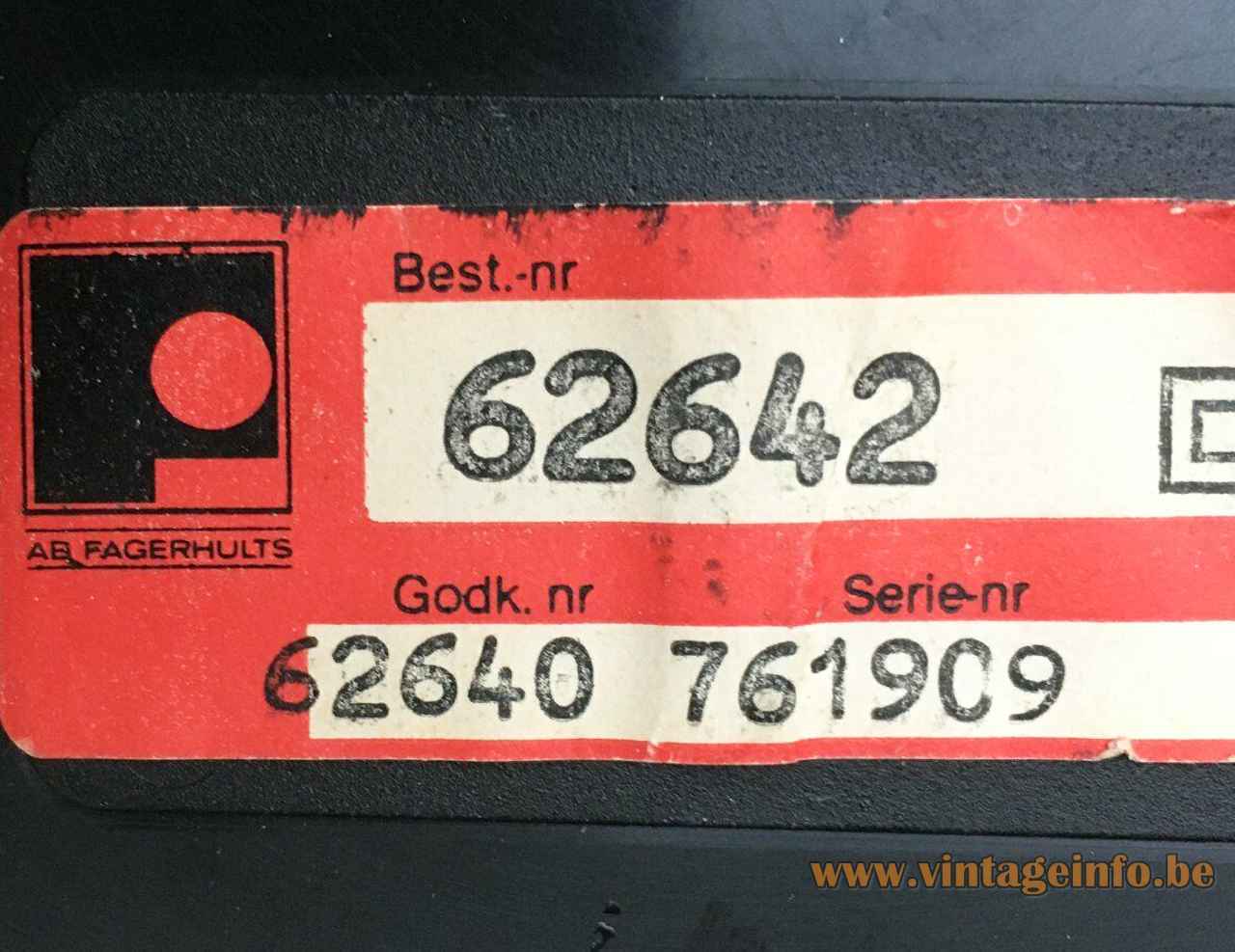 An orange Fagerhults Cobra desk lamp was used as a prop in the 2008 British fantasy crime drama and police television series Ashes to Ashes. Here in episode 2 of the third series from 2010. Starring: Philip Glenister, Keeley Hawes and Dean Andrews.. 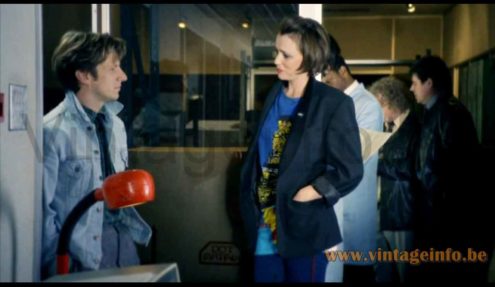 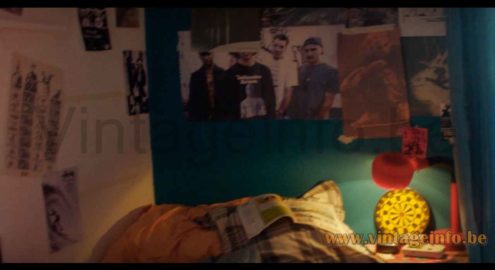 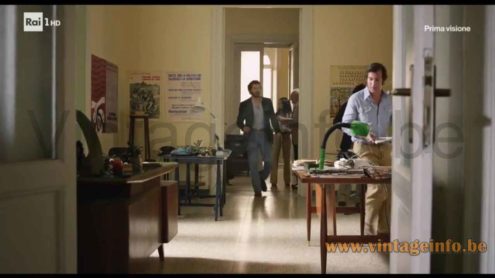 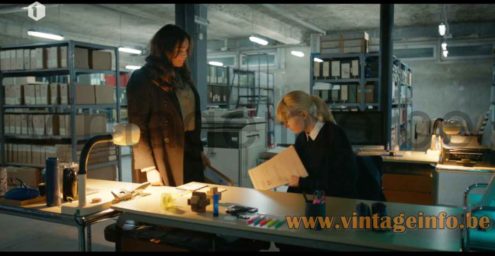 A Fagerhults Cobra floor lamp was used as a prop for a 2021 commercial of the Gazet van Antwerpen, a Flemish newspaper. Here on the banks of the Scheldt in Antwerp with discobaar a moeder (discobar your mother). 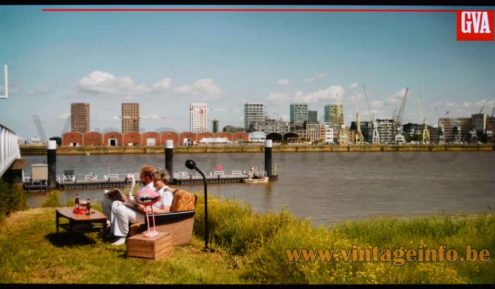 Other versions: This Fagerhults Cobra desk lamp exists in several colours. It was also made as a wall lamp, clamp lamp and floor lamp.

The Fagerhults Cobra lamp series received an iF Design Award in 1975.

The Swiss-German company Temde made their version a year before, in 1974. A design by Eva Renée Nele: model 32. It has a similar, but oval lampshade and a thick chrome goose-neck starting from the base. It received an iF Design Award in 1974. You can find it over here.

In Italy similar lamps were sold by Emmedi and named Flex. But they are a bit different. Another switch, different base and so on. For now it is unclear if it are copies or if they were produced under licence. You can see 2 Emmedi Flex lamps in the TV series Astrid et Raphaëlle. Sometimes said that Vico Magistretti designed it, but I could not find any proof for it.

The Fagerhults Belysning (lighting) company was founded by Bertil Svenssons in 1945 after he designed a floor lamp for his mother in 1943.

From a small shed in the backyard the business grew until it was the large company that it is today. In 2018 Fagerhults has about 2600 employees in approximately 20 countries around the world. The factory remained at the same location, but has now been extended about 40 times. Production facilities are also located in Great Britain, Australia and China.

In 2007 Fagerhults was awarded the Red dot design award.

Acrylic: often named by its commercial name: Perspex, Plexiglas, Crylux, Acrylite, Lucite. It is a thermoplastic. 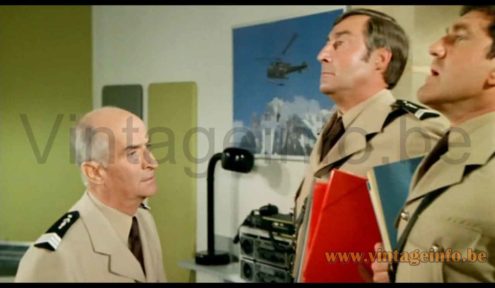 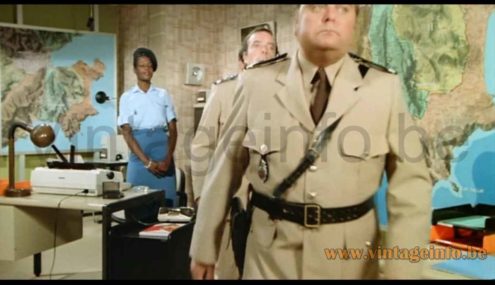 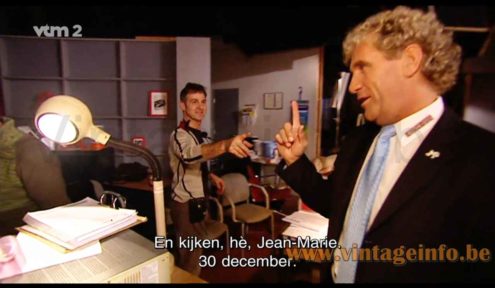 iF Design Award for the Cobra lamp series

The story behind Fagerhult on the Fagerhults Belysning AB website

Fagerhult – for a light loving world

Wikipedia about the Fagerhult Group