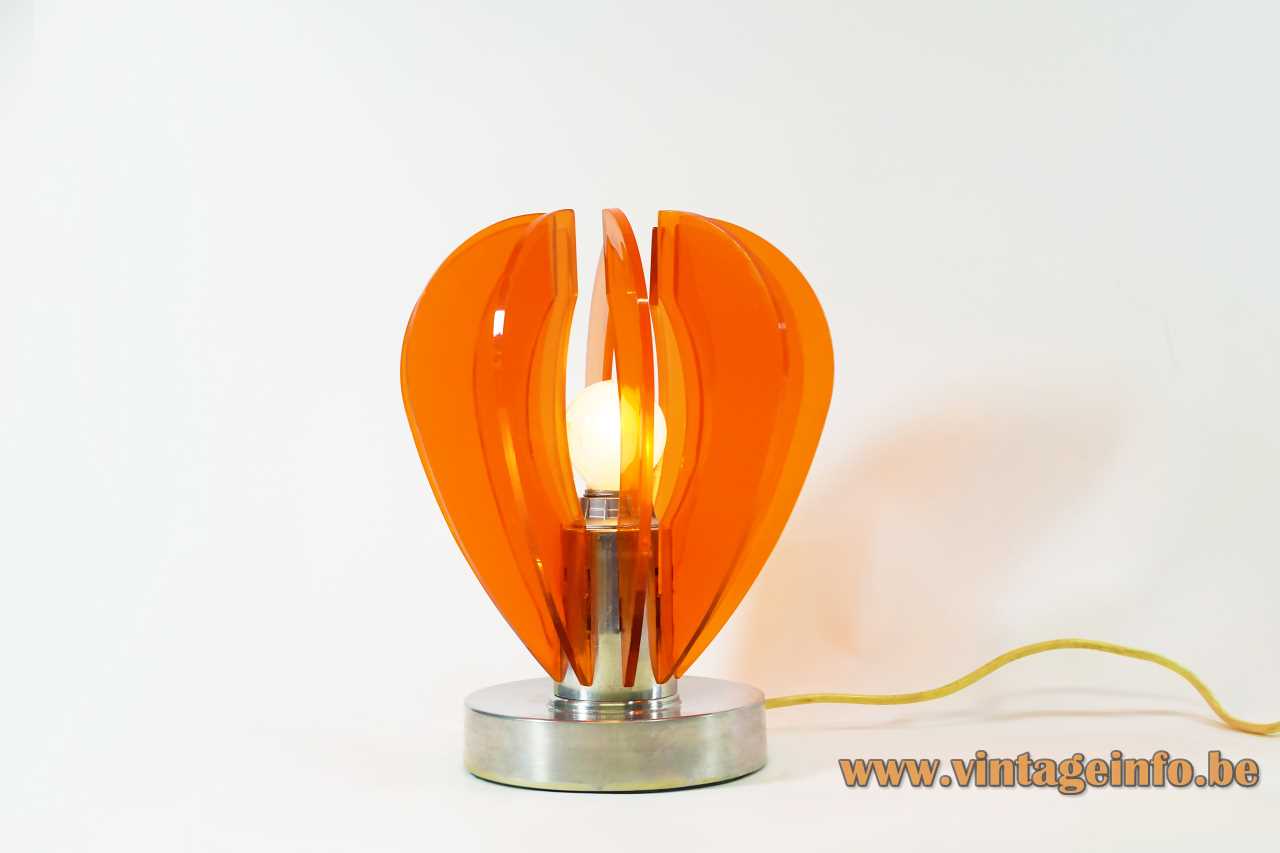 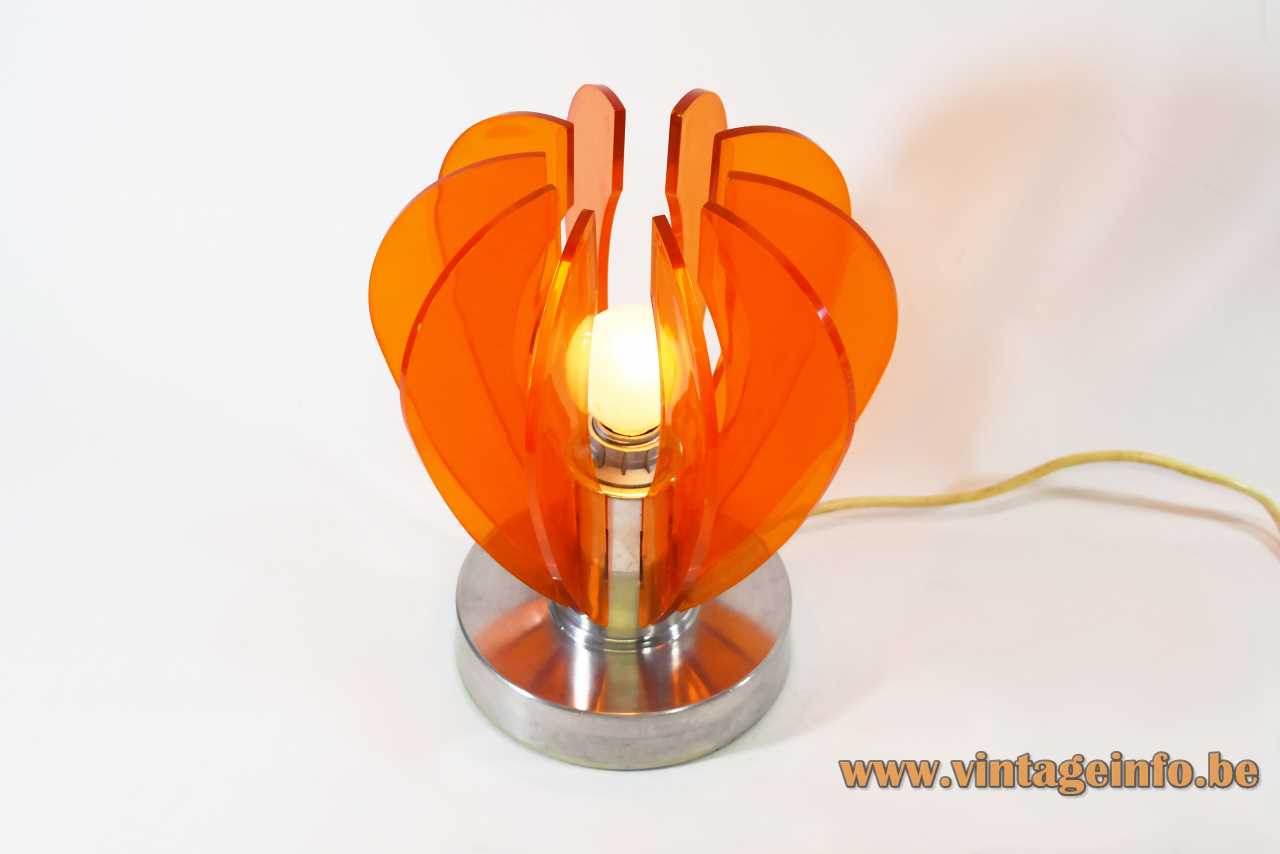 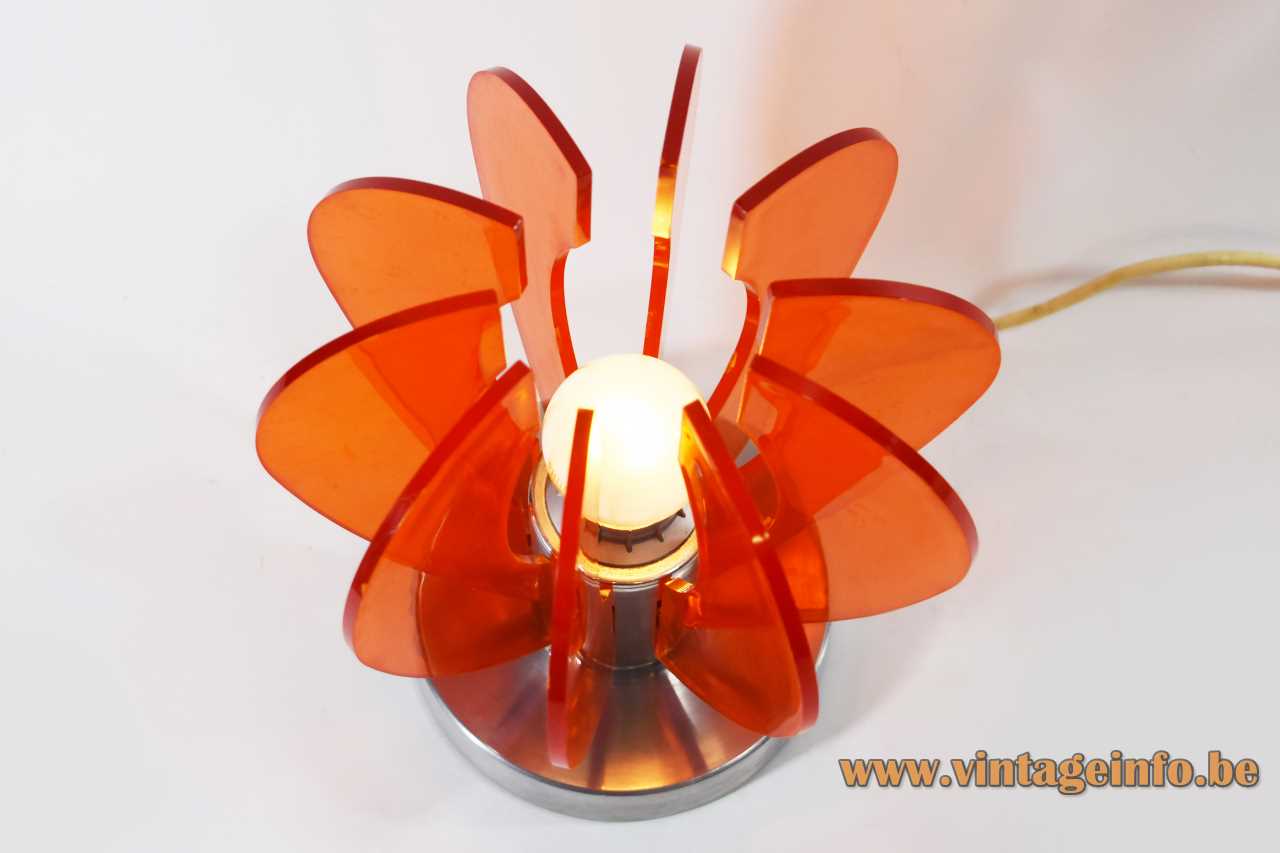 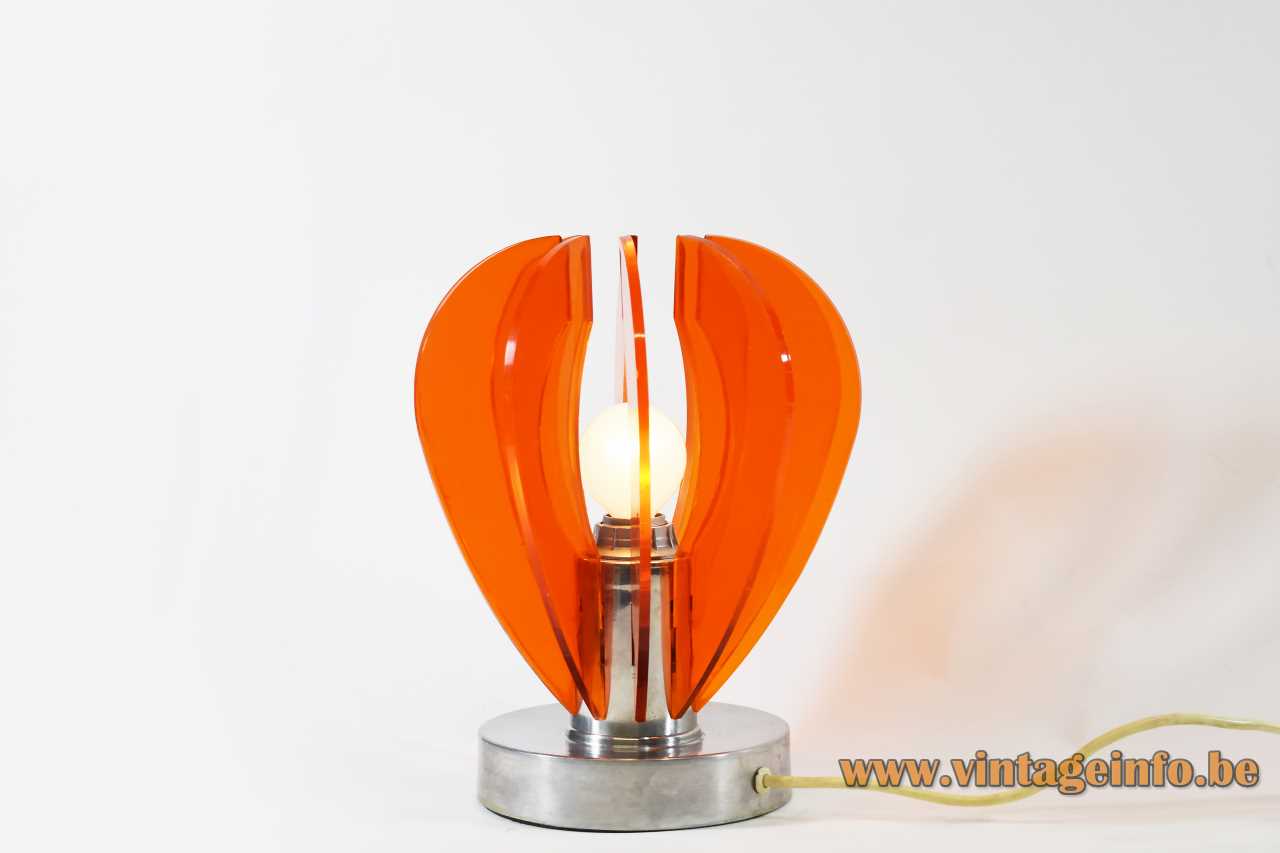 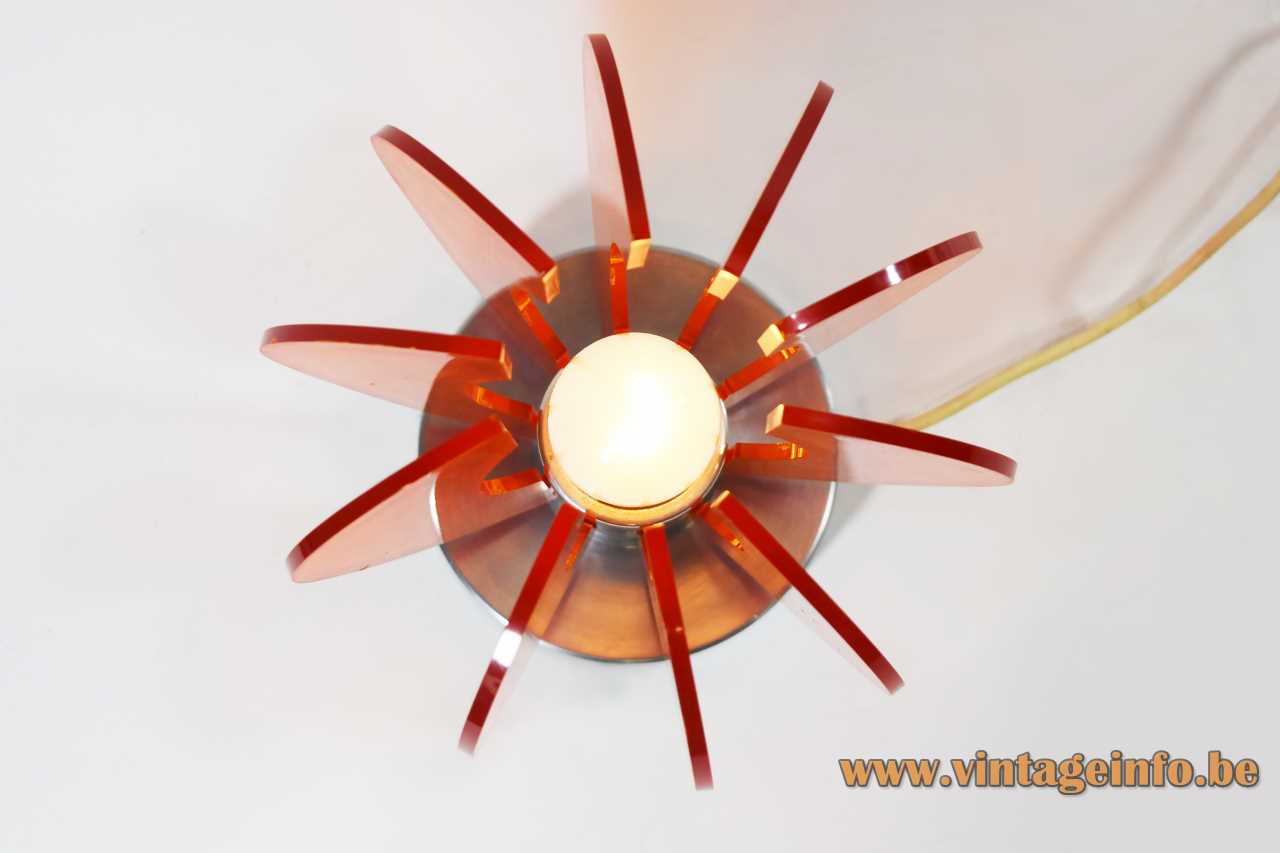 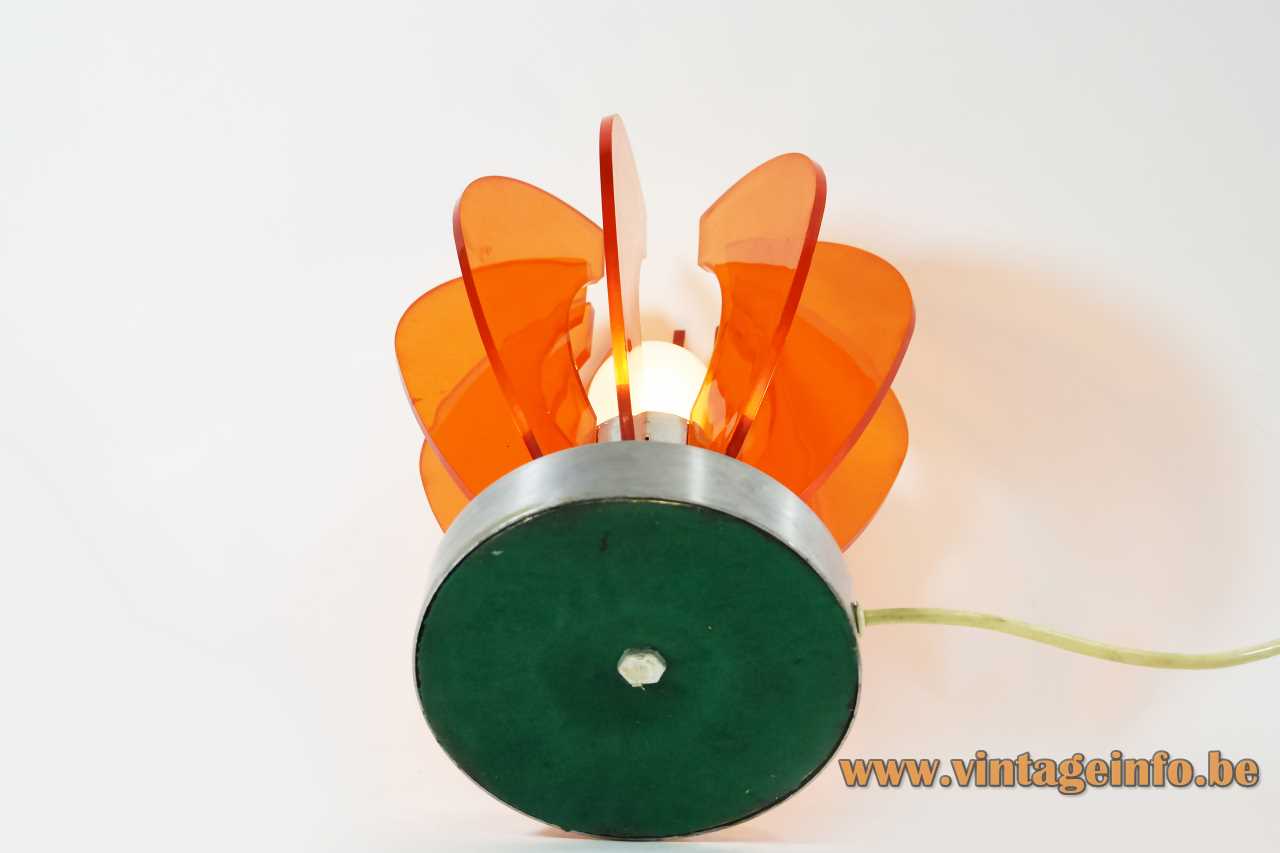 Vintageinfo – Lamp in this style

Materials: Round aluminium base with green felt on the bottom. Round lampshade made of 10 curved luminous orange acrylic slats. Bakelite E14 socket.

Other versions: This orange acrylic radial table lamp exists in a few colours and variations. Also made as a wall lamp and pendant lamp.

This lamp was bought in Italy, it also has Italian electric parts. East German lamps never do. To be continued…

Unfortunately, not much can be found about him. Except for the fact that he designed a lamp for the LBL Leuchtenbau (Leipzig) company in 1961.

LBR Leuchtenbau, LBR Beleuchtung  or VEB Leuchtenbau LBR, was located in Radebeul. For the moment no further info can be found about te company. Do you have an idea? Please let us know through the contact form and help improve the websites exactitude.

This orange acrylic radial table lamp is similar with the design of the King Sun table lamp Gae Aulenti created for Kartell in 1967. Also the Cactus table lamp by Giovanni and Gianpiero Bassi, designed in 1969 for Studio Luce is made in a similar radial way.

The wiring, plug, switch and socket are Italian and they are made by VLM Components from Buccinasco near Milan in the late sixties, early seventies. The company became famous for the switches they produce since 1968, designed by Achille Castiglioni. You can find them over here.