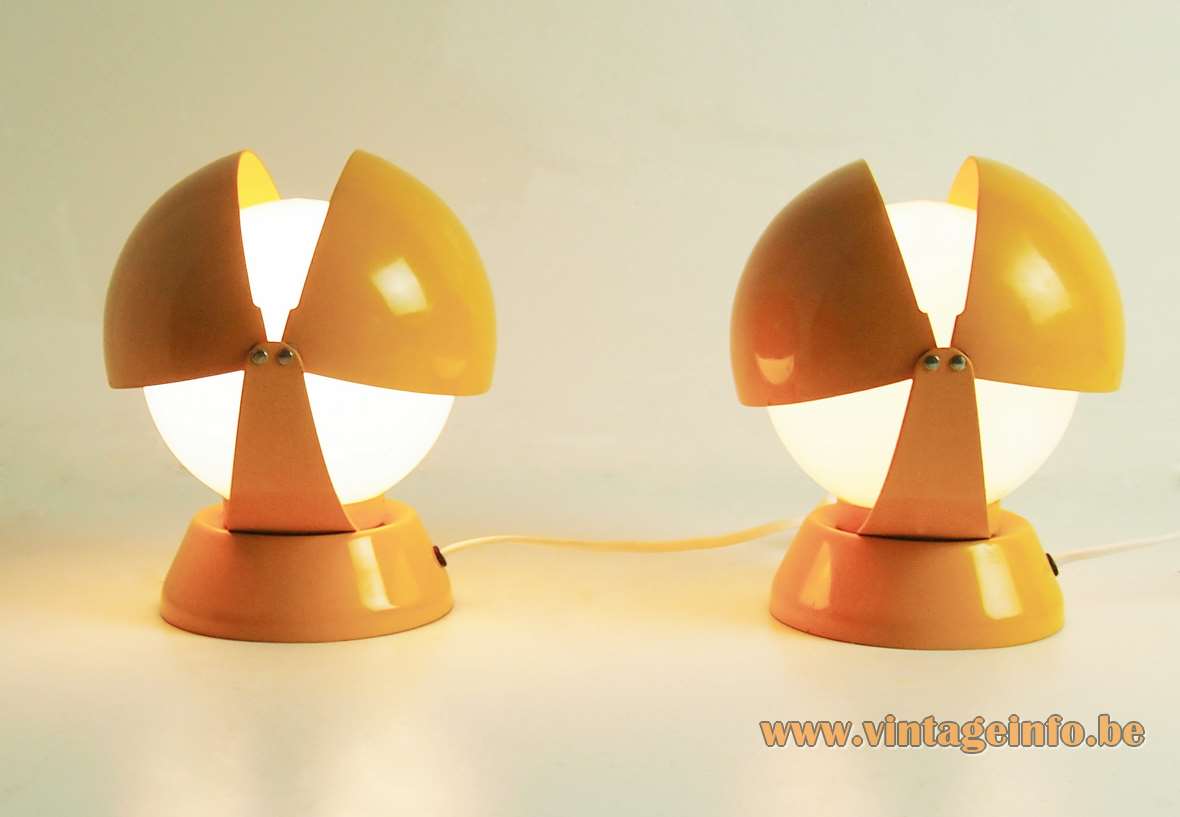 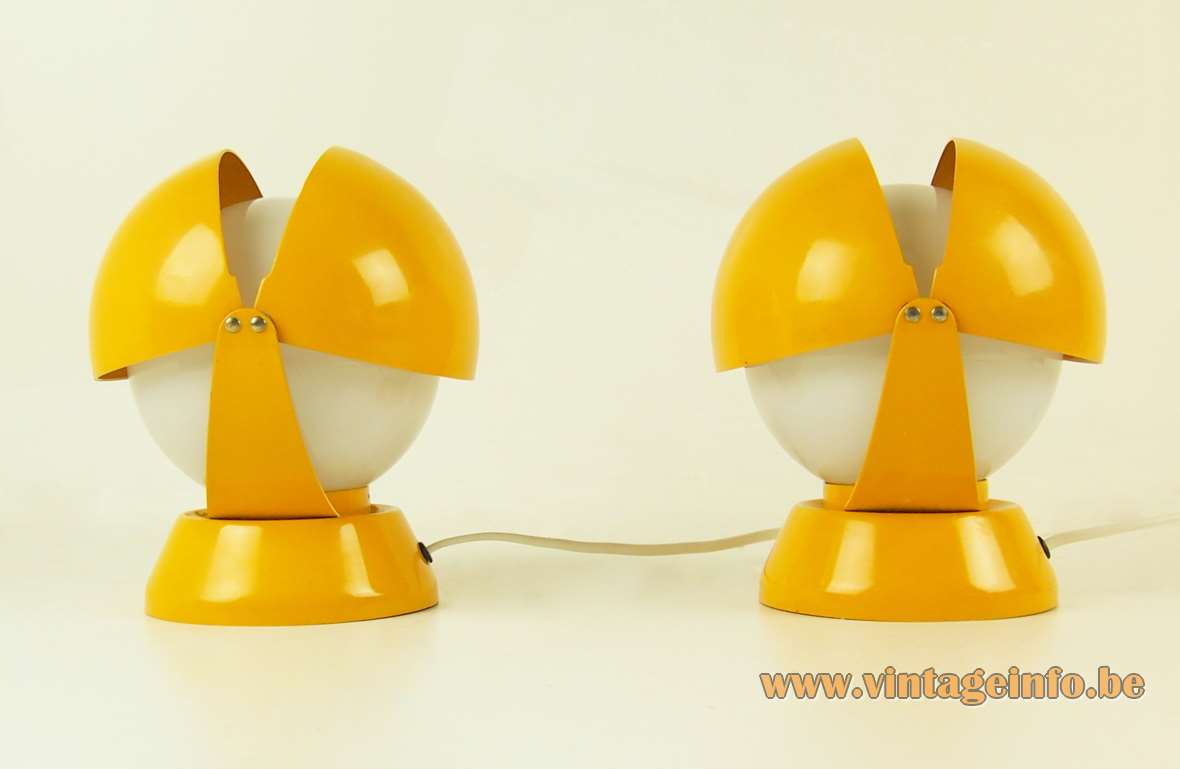 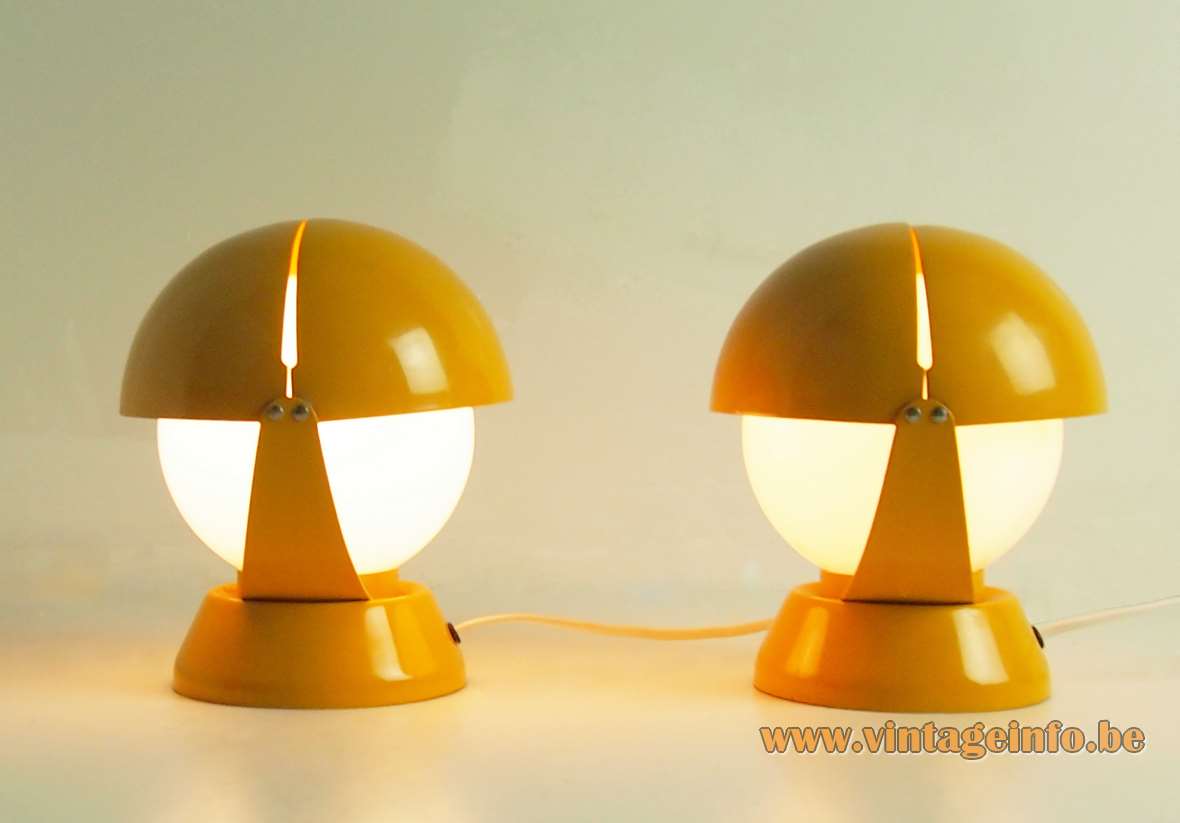 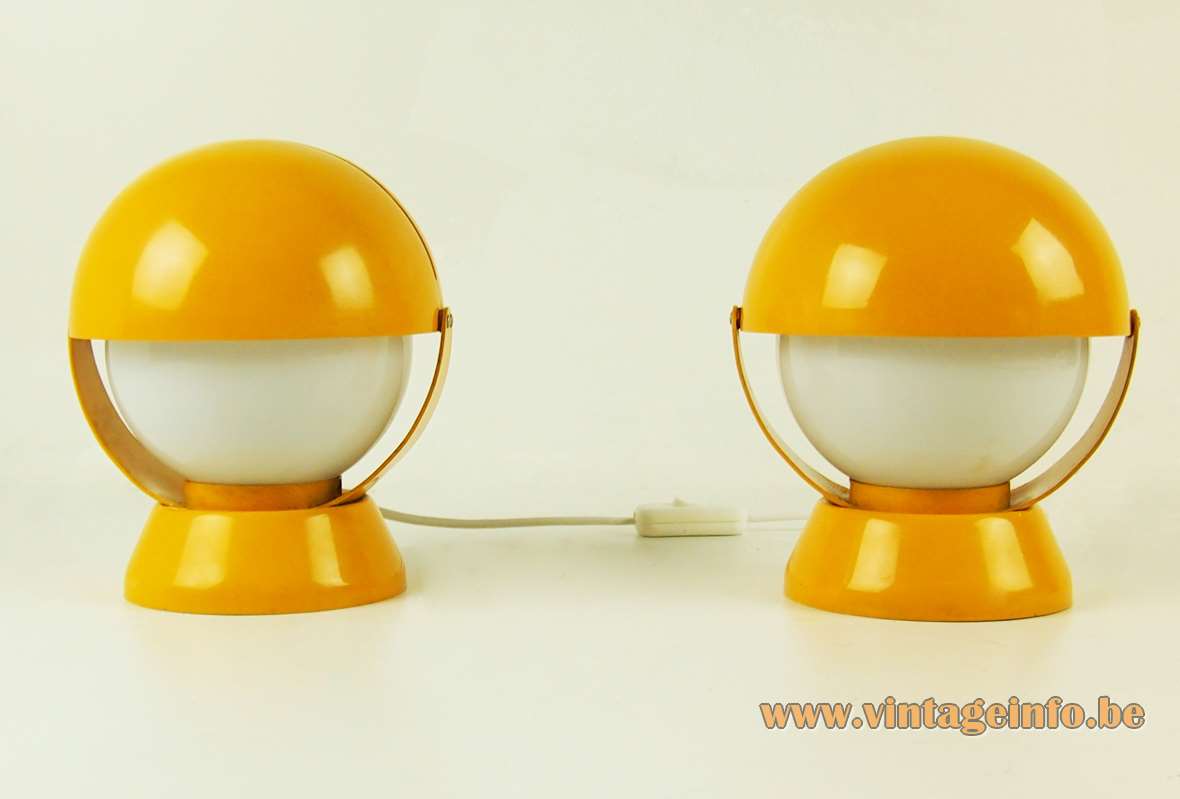 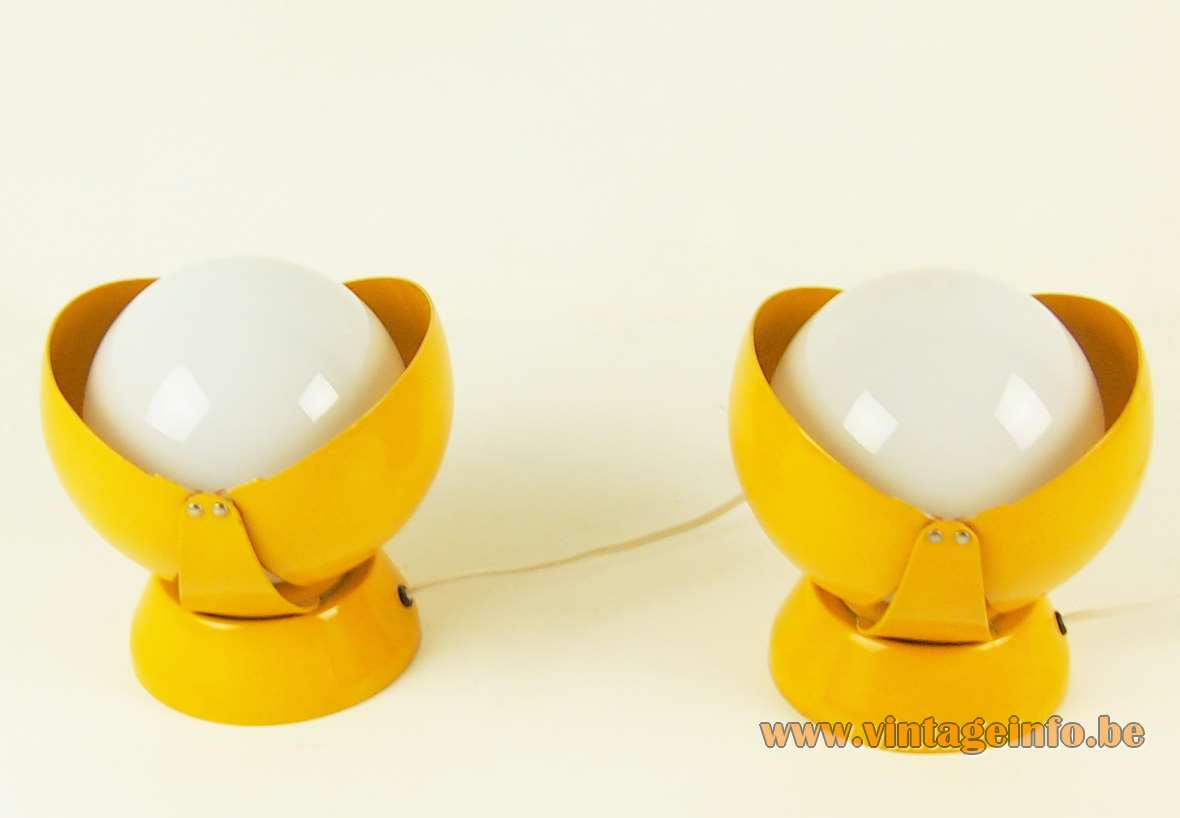 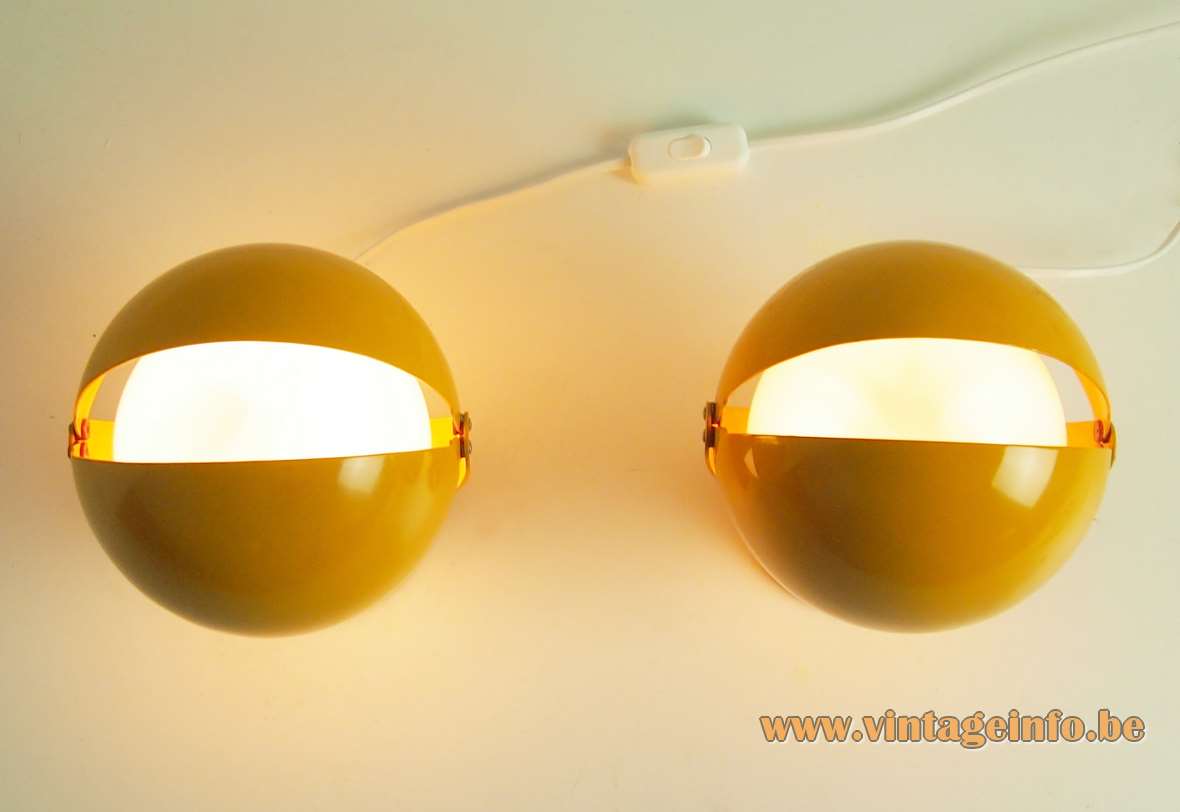 Electricity: 1 bulb E14, 1 x 40 watt maximum, 110/220 volt.
Any type of light bulb can be used, not a specific one preferred. For opal glass use white, opal or frosted glass light bulbs for the best result.

Since 2018, these table lamps are back in production in the colours red, blue, white and yellow.

Architect Giovanni Luigi Gorgoni studied at the Politecnico University in Milan. From the beginning he was an independent freelance professional. He designed buildings and interiors in the whole world, designed furniture and of course lamps. Gorgoni created for Stilnovo, Fidenza Vetraria, Turri and several others. He worked for Roche Bobois in Paris for many years. In 2007 he obtained the VIA award of the French Association of Industries and Designers.

Other lamps designed by Giovanni Luigi Gorgoni on his website