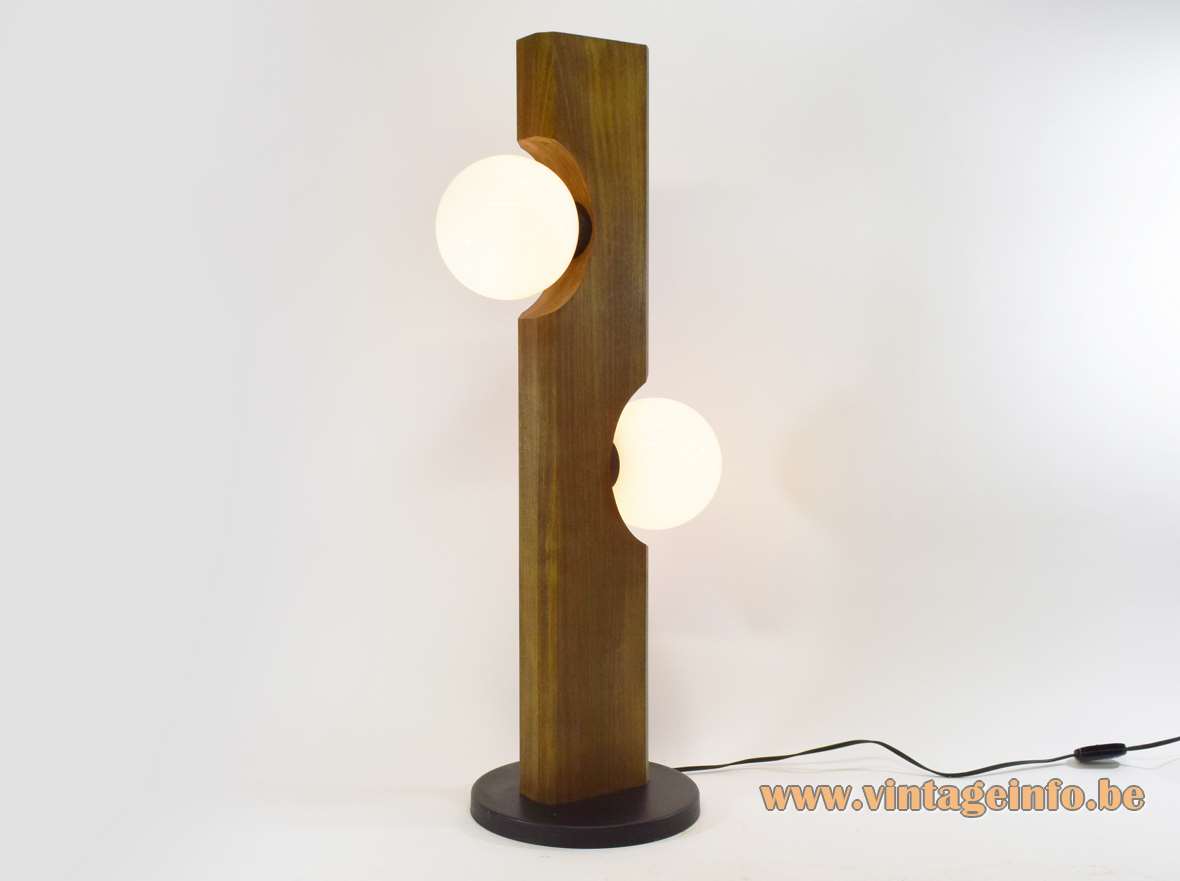 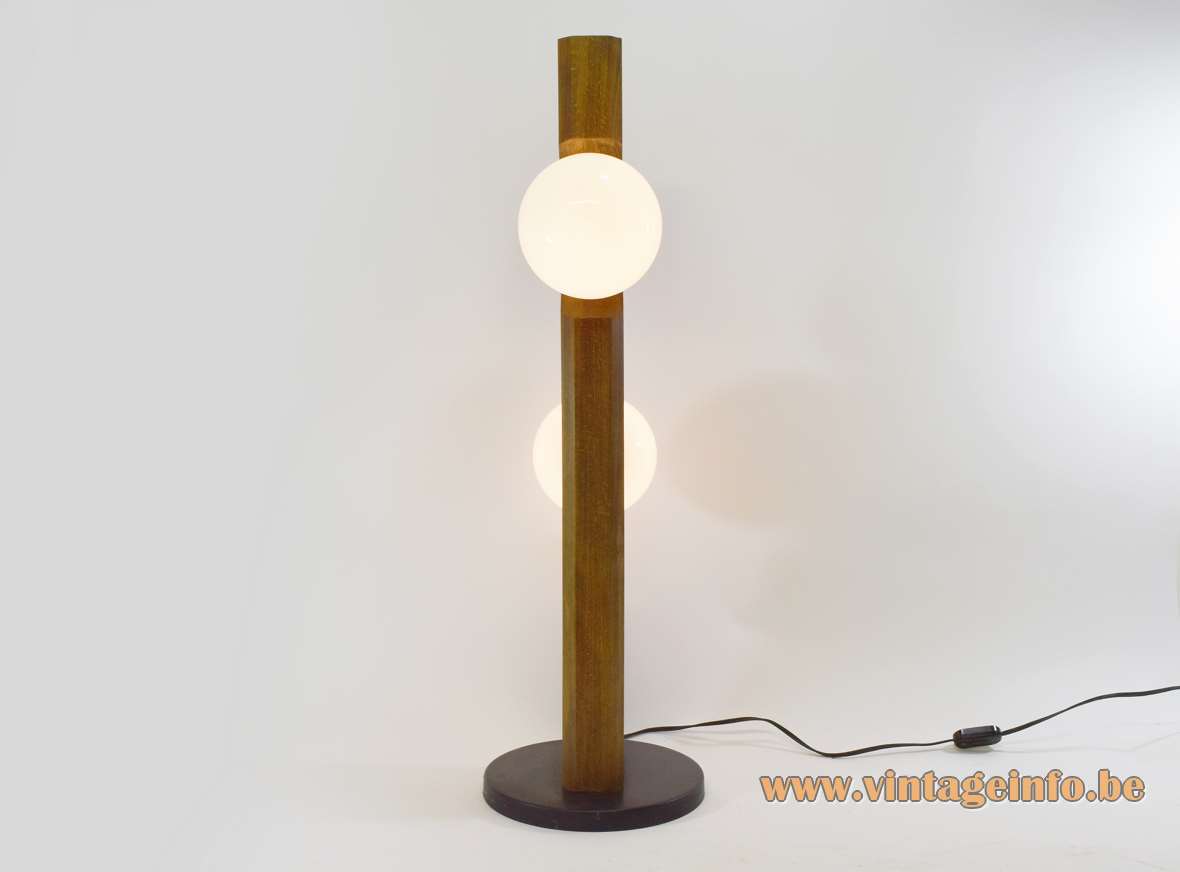 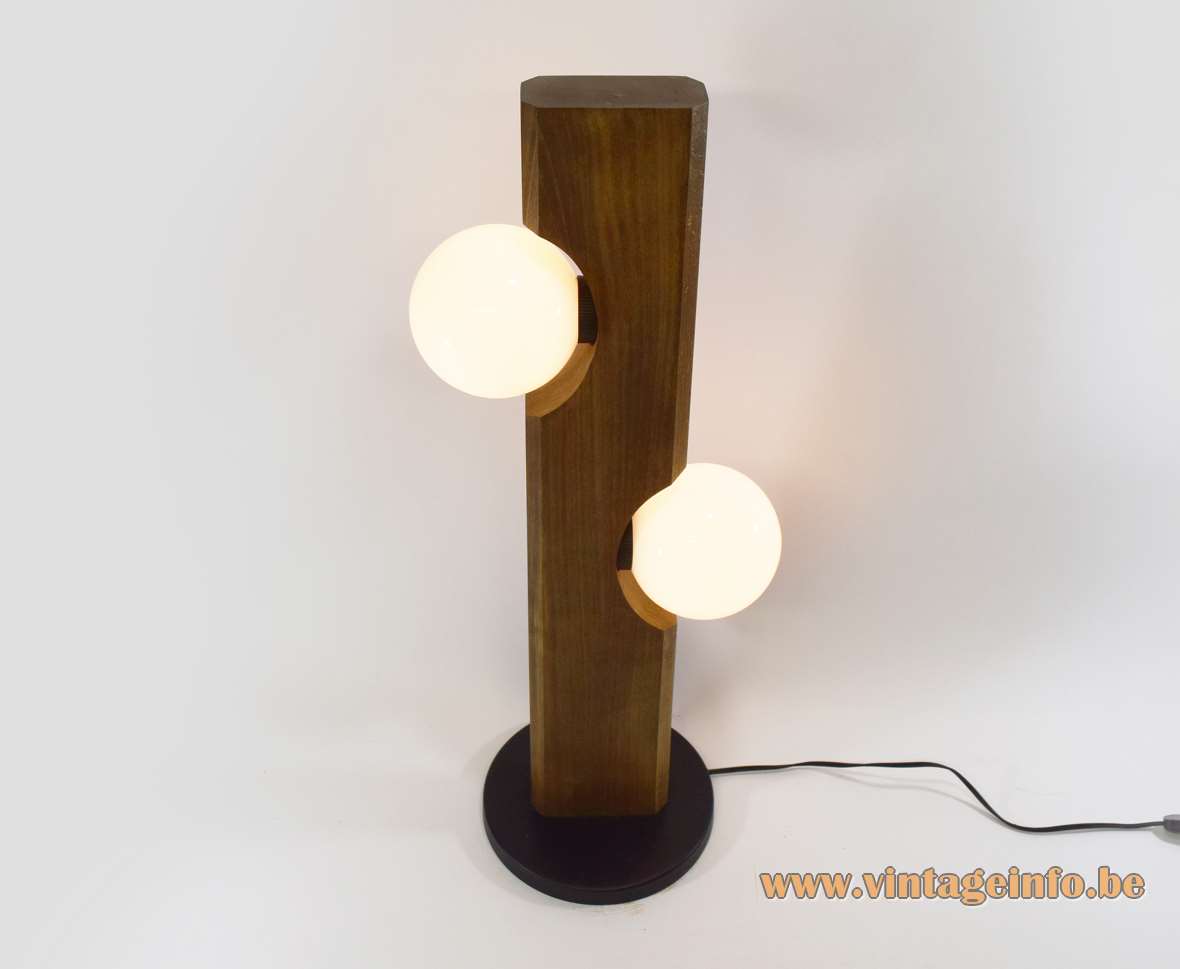 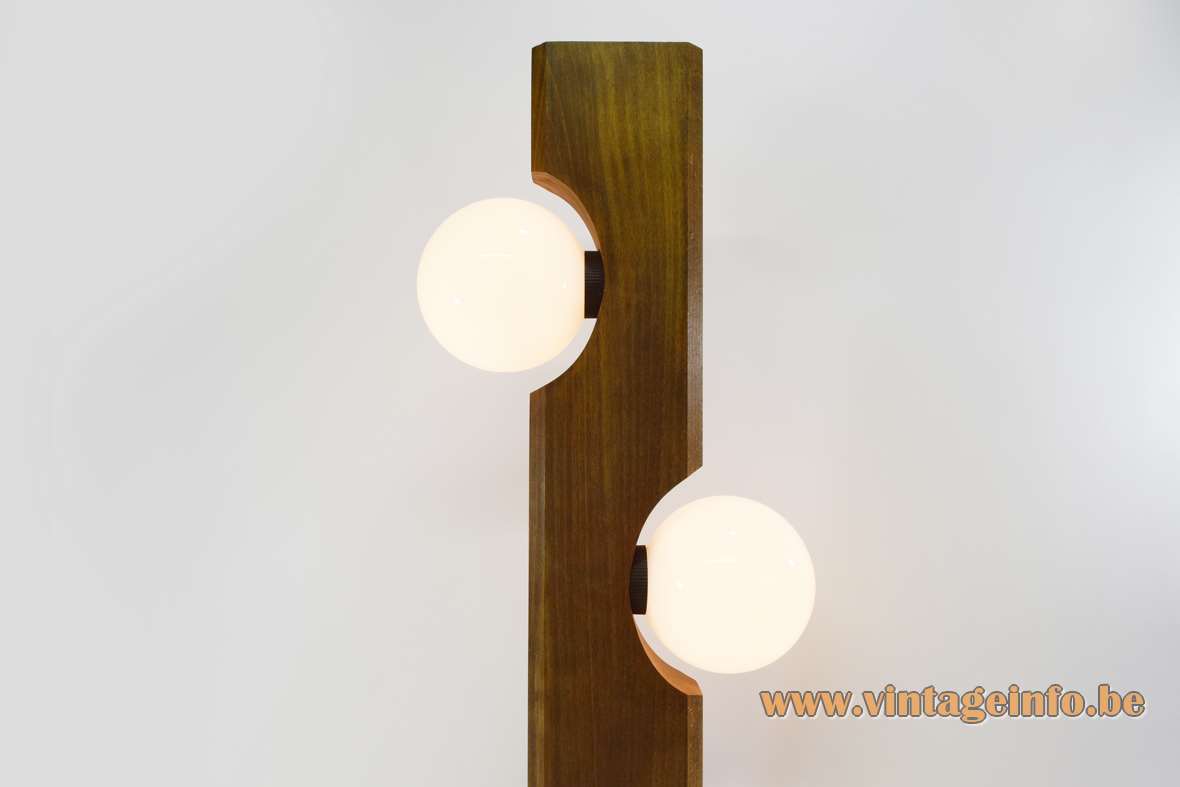 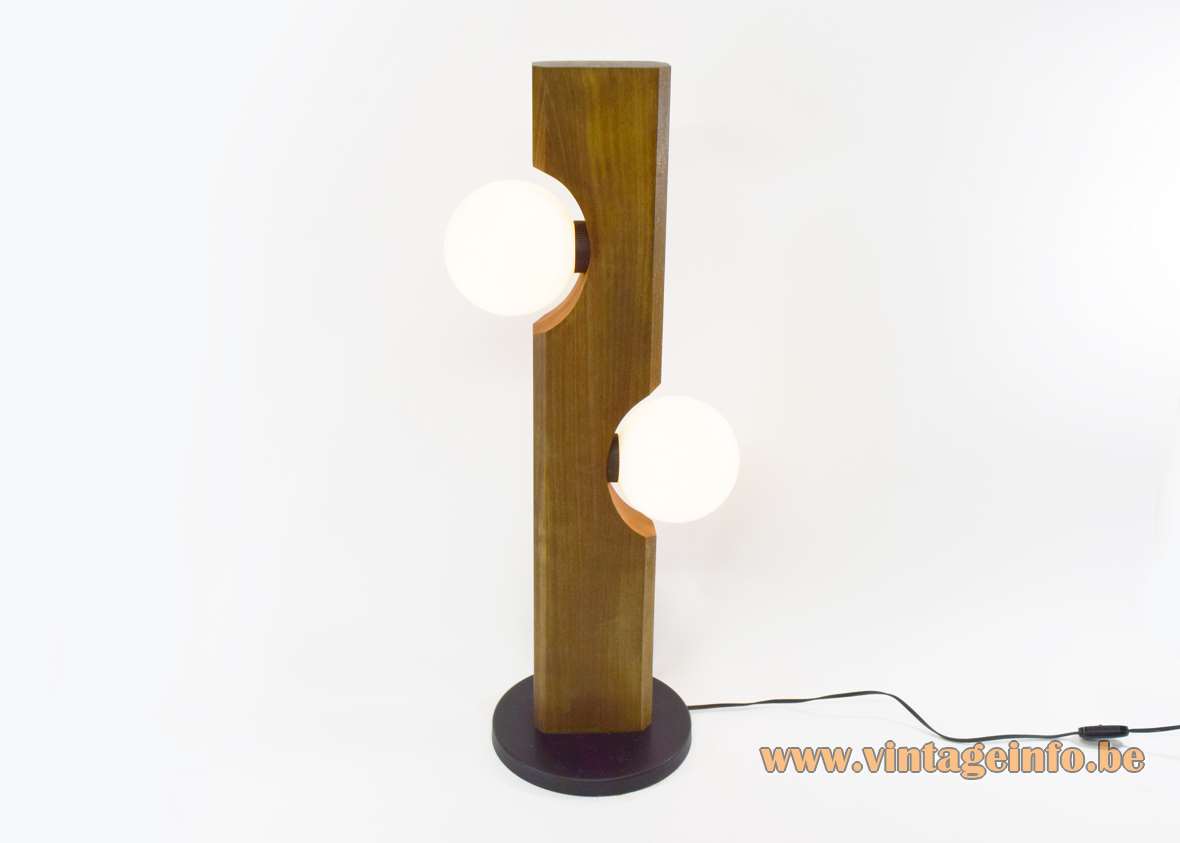 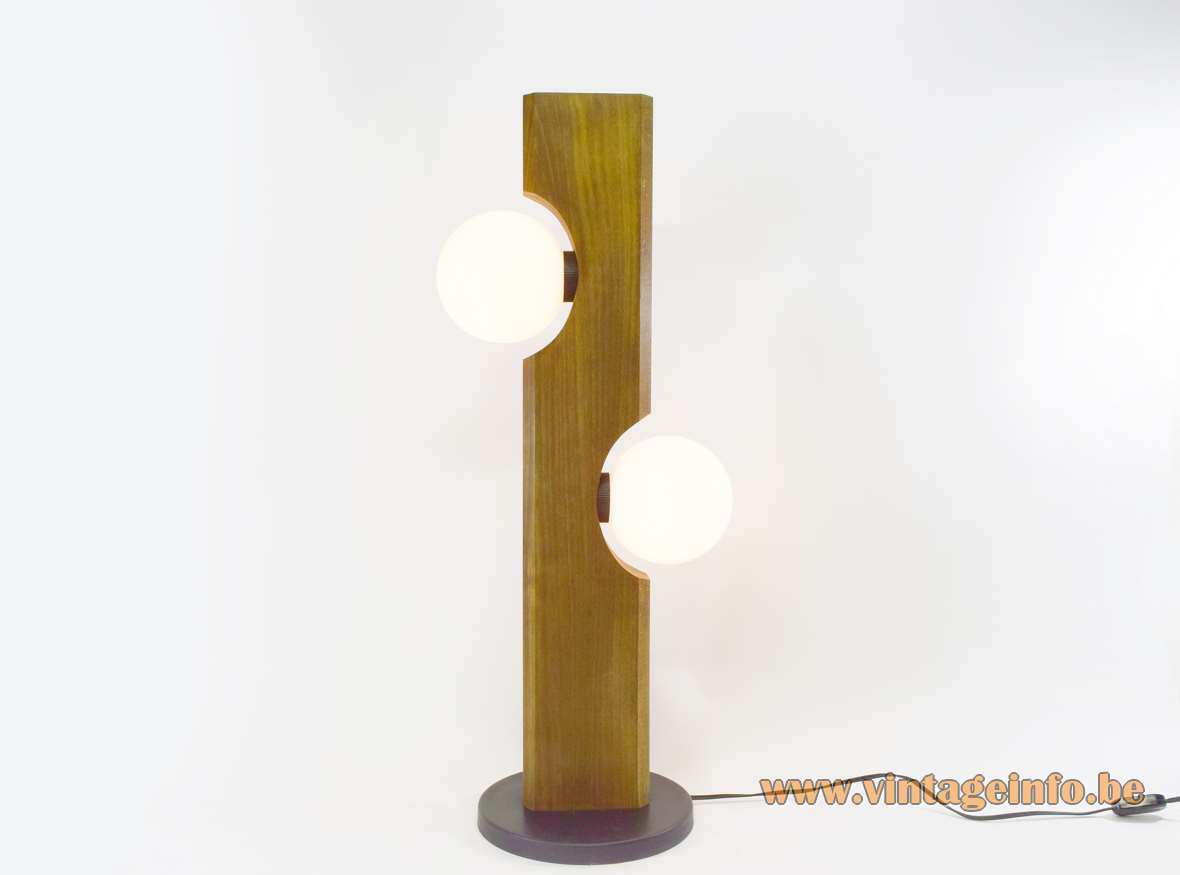 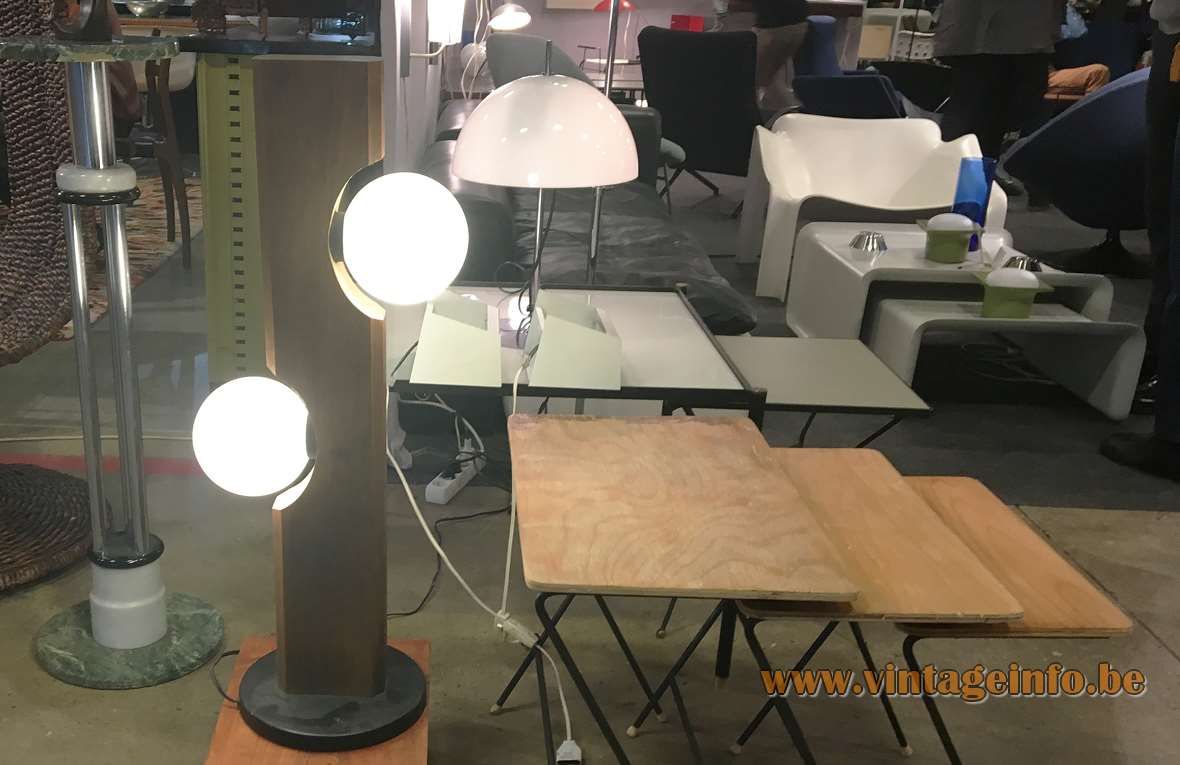 Other versions: This Temde-Leuchten floor lamp was made in several varieties.

Floor lamps in this style were also designed by Milo Baughman in 1972 and made by several companies. It is unclear which design was first.

Often said that the beam is made of pine, but that’s some other wood.

Fritz Müller (1889-1964), son of a furniture maker from Lipperland founded the company in 1911 and founded a company under the Temde company, abbreviated by Theodor Müller, father of the company founder.

Another floor lamp made by Temde-Leuchten 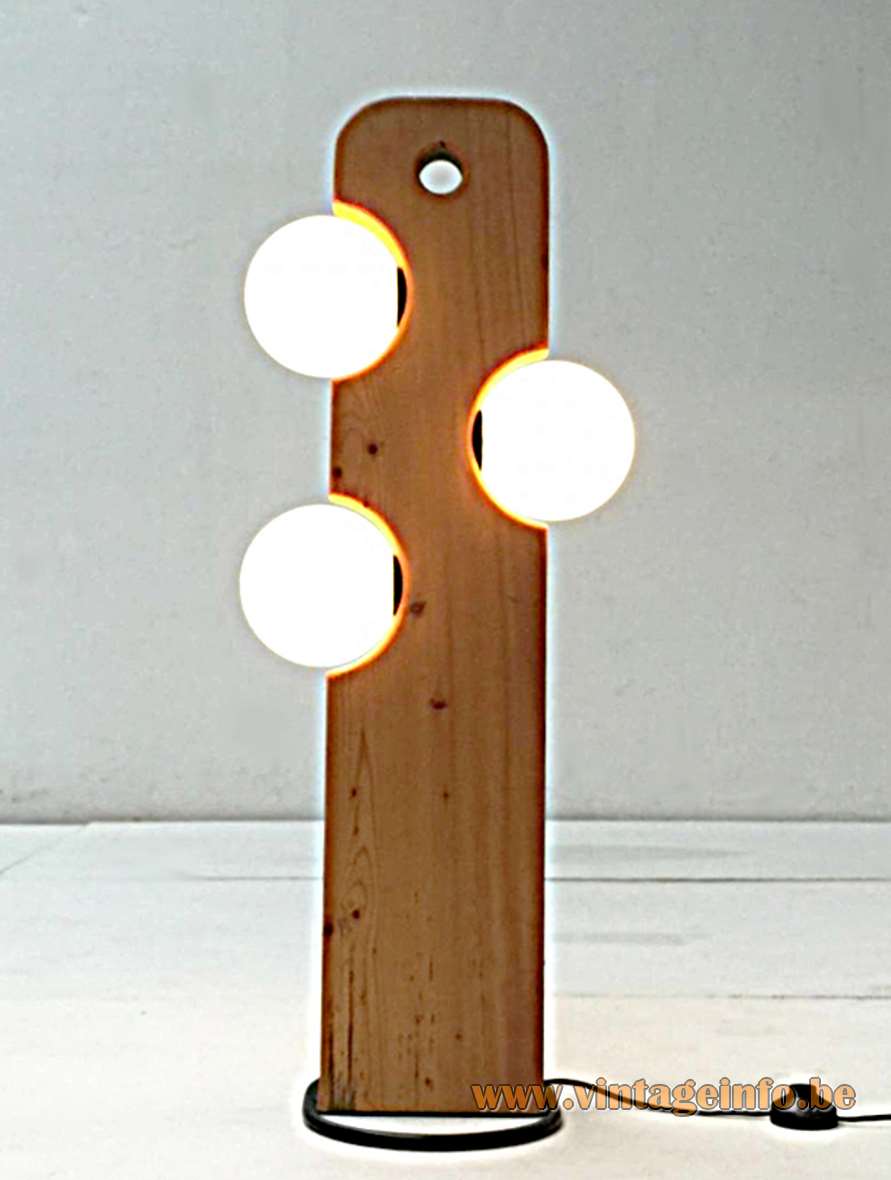 A Temde-Leuchten floor lamp was used as a prop in the Dutch comedy film Ron Goossens, Low Budget Stuntman from 2017. Starring Tim Haars, Bo Maerten and Michiel Romeyn. On the right in the back a Raak Krekel (cricket) table lamp. Several other lamps appear in this movie.