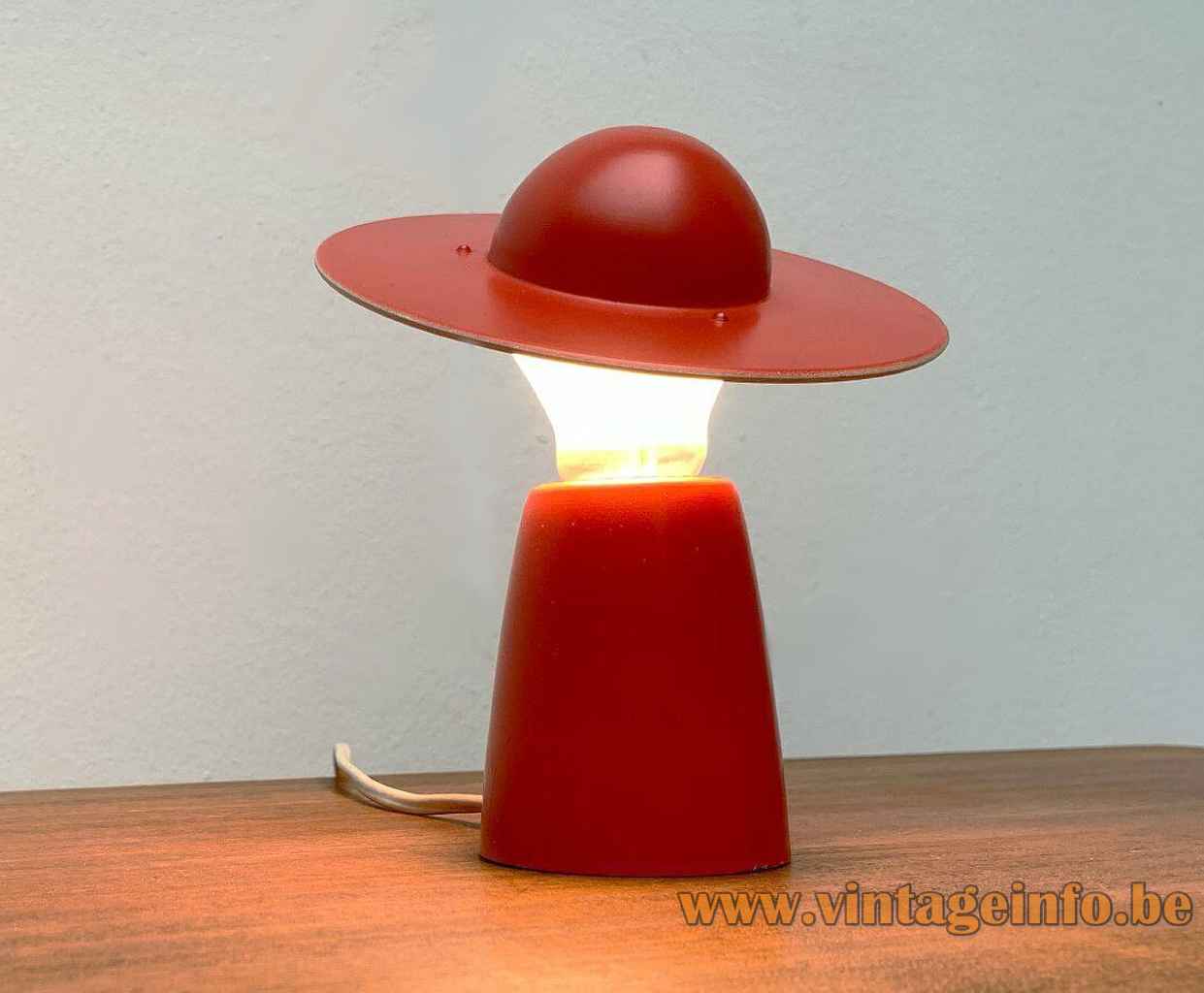 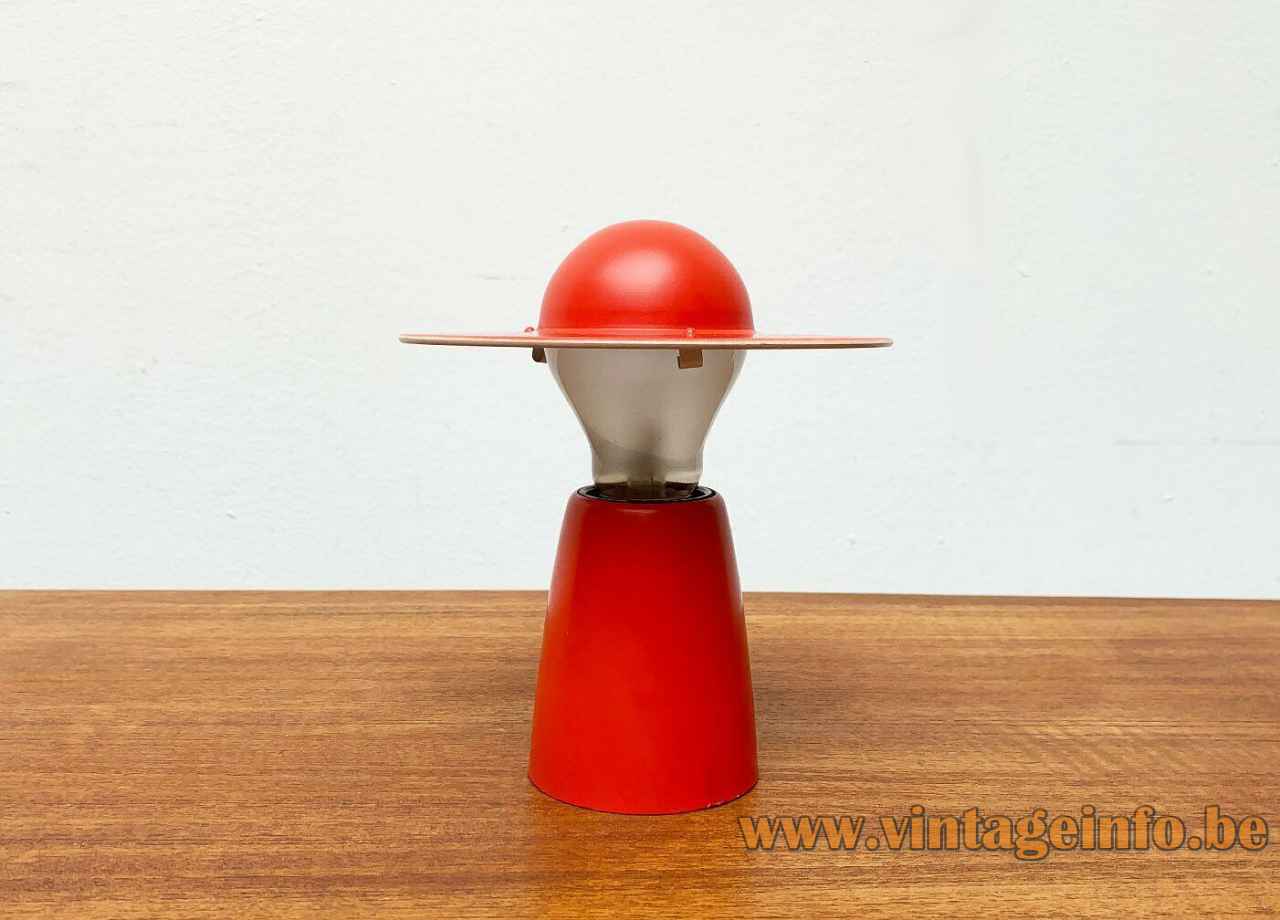 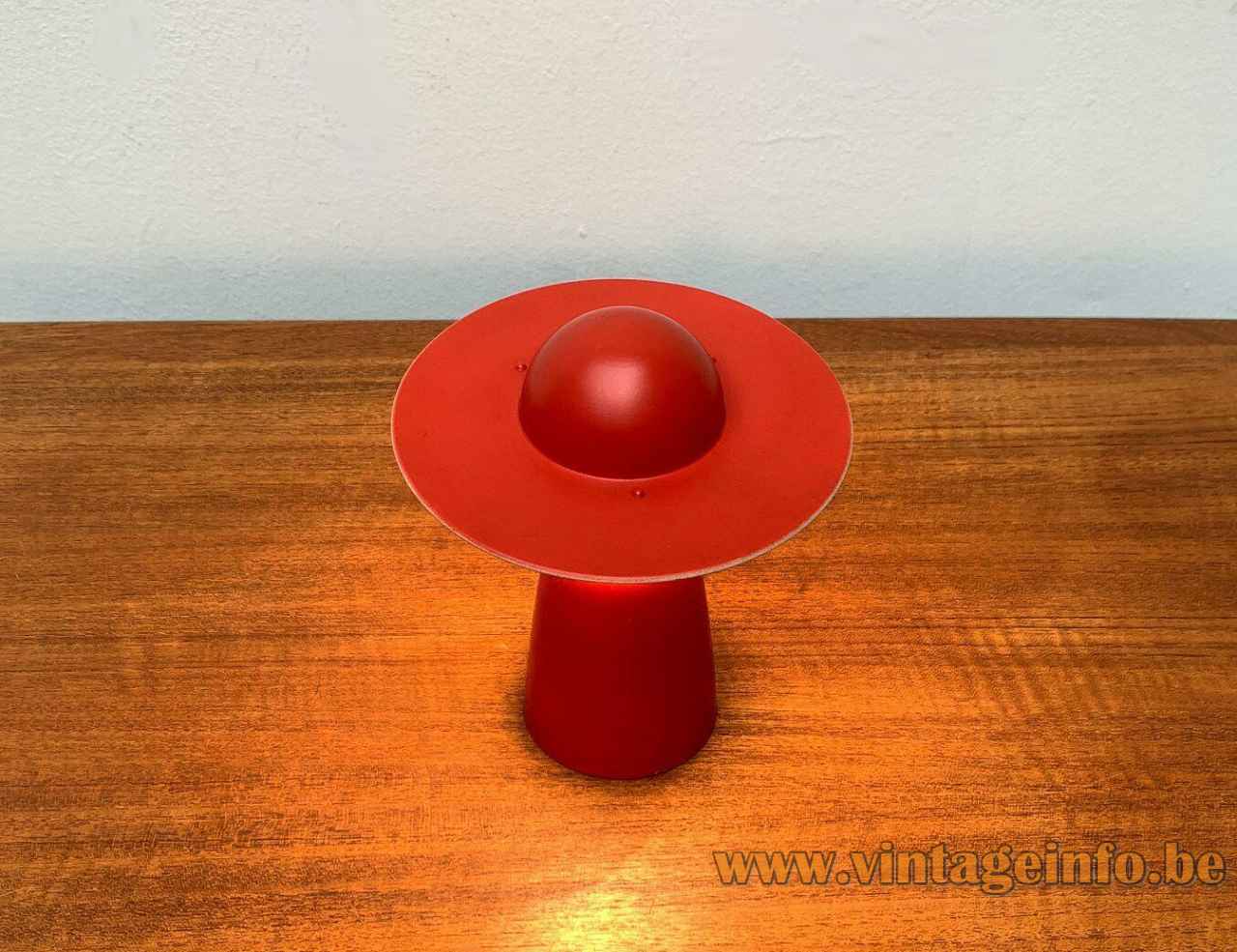 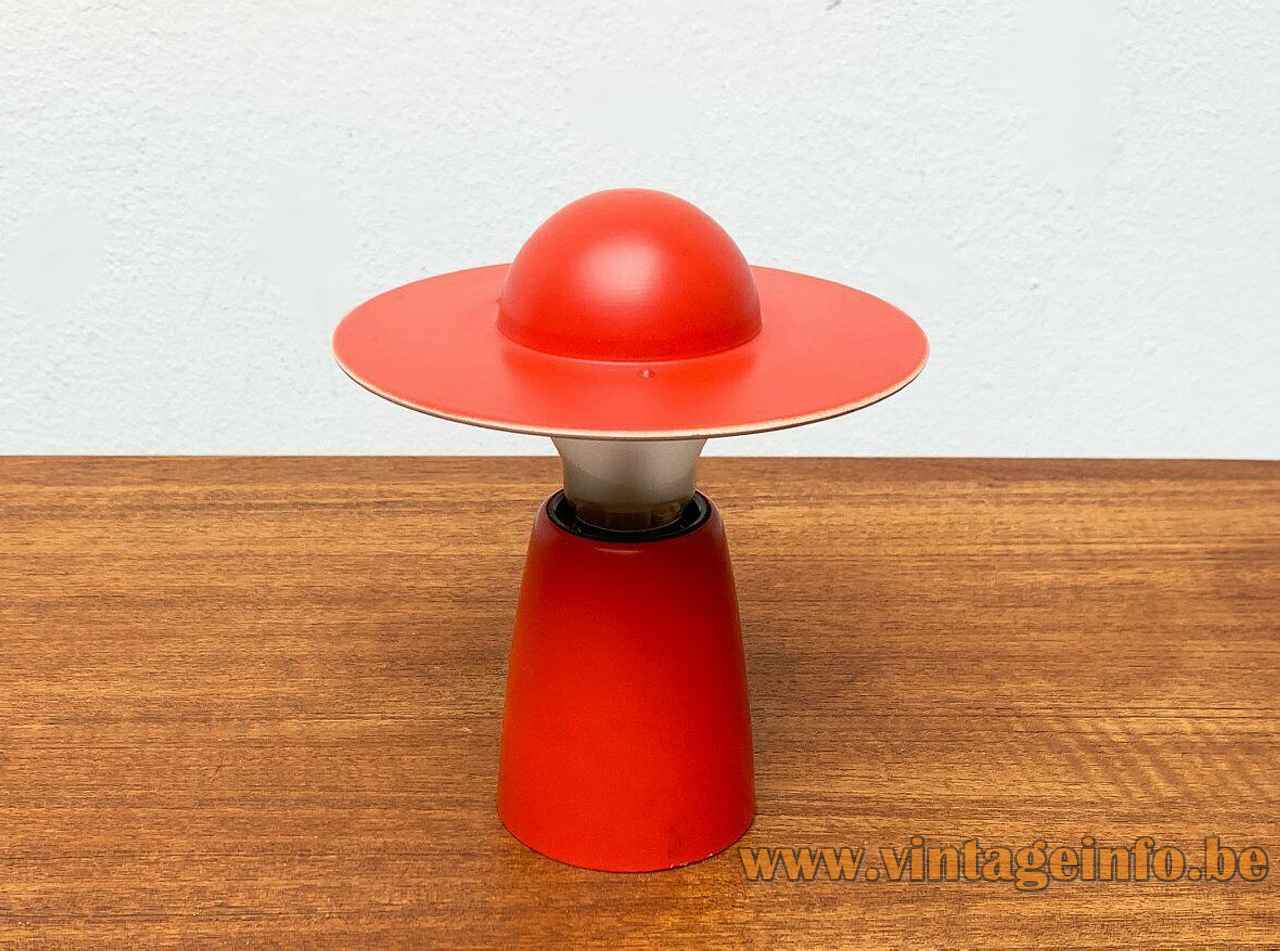 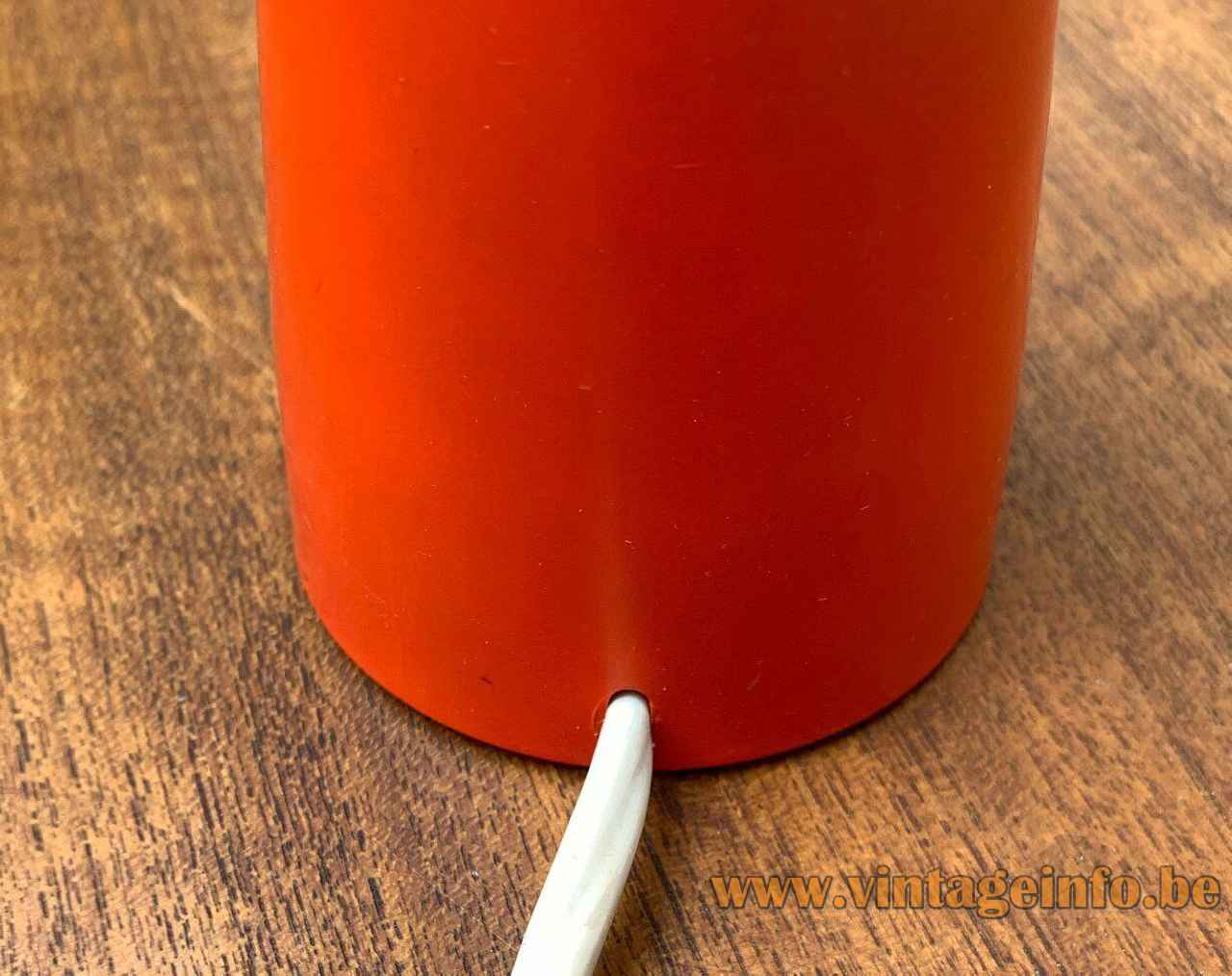 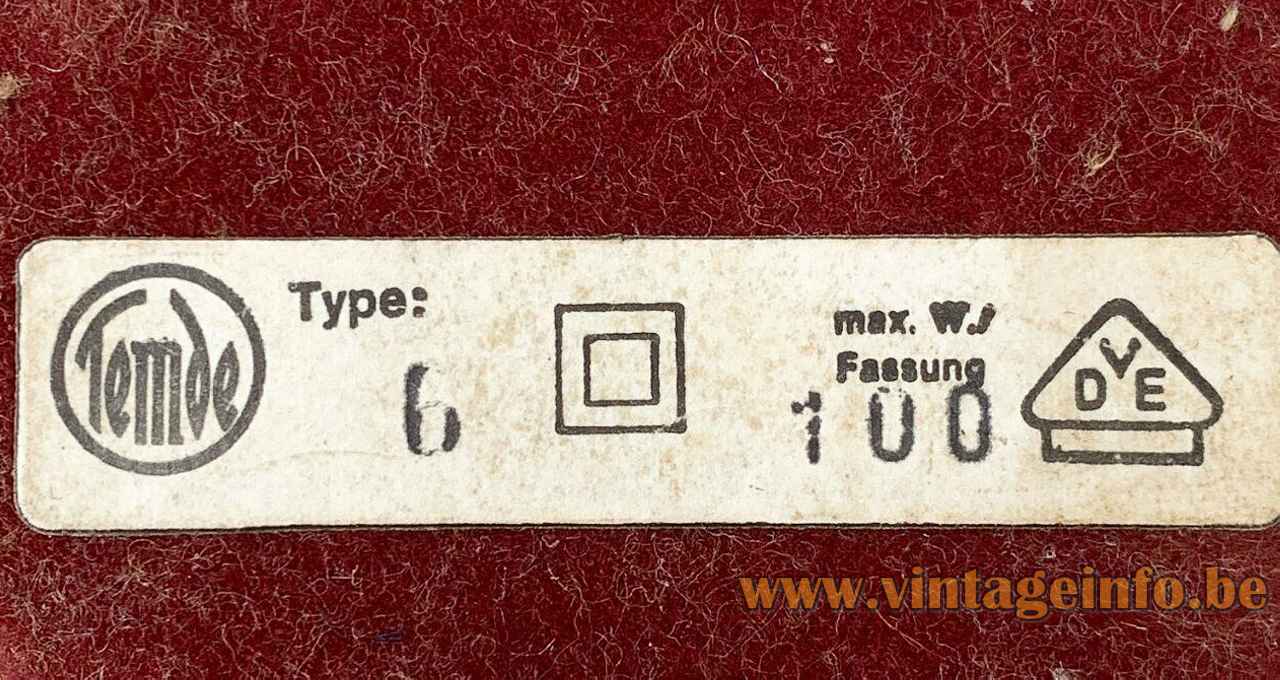 Other versions: This Temde hat table lamp exists in several colours. It is model 6, so it is presumably these lamps were already made in the 1950s or earlier.