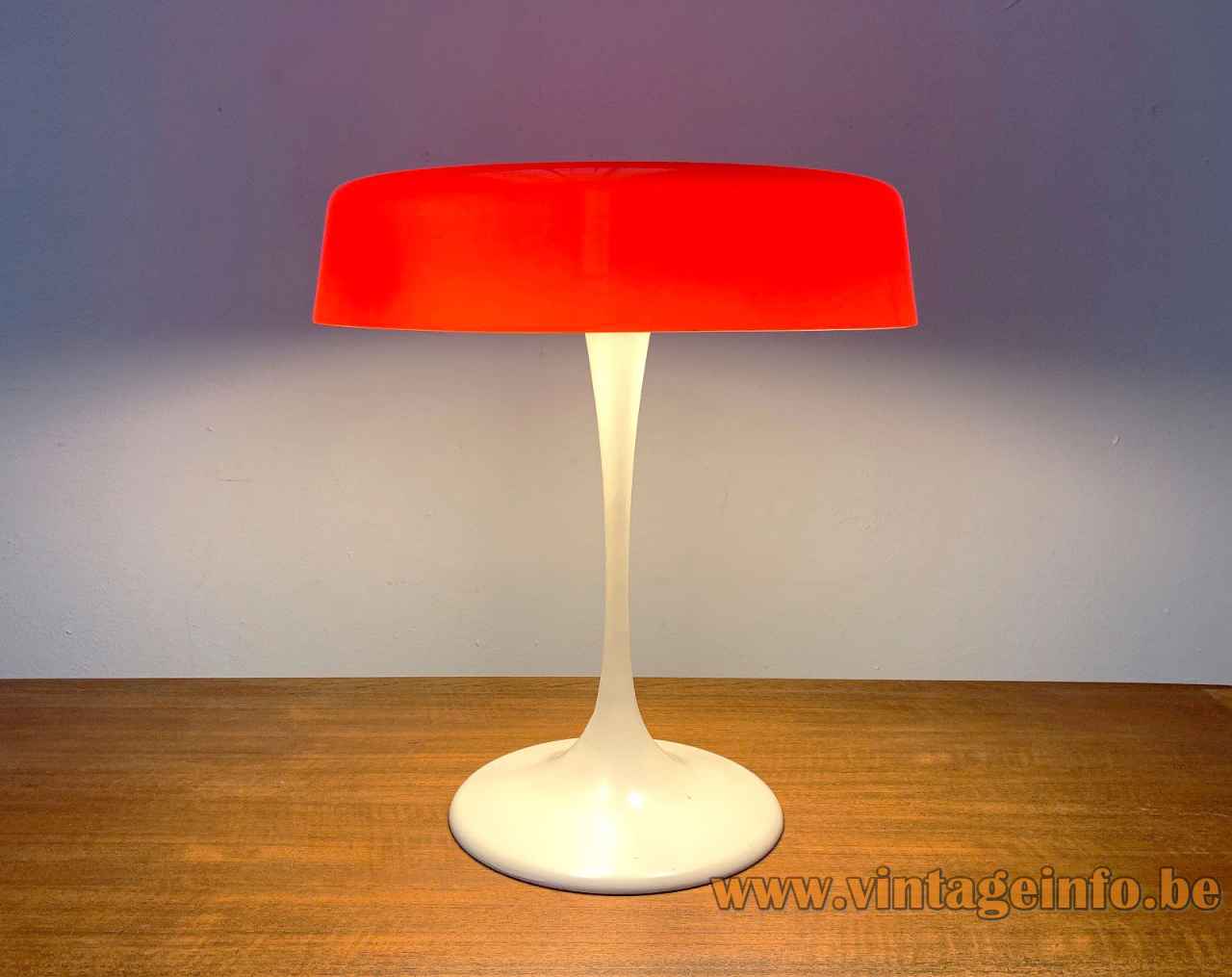 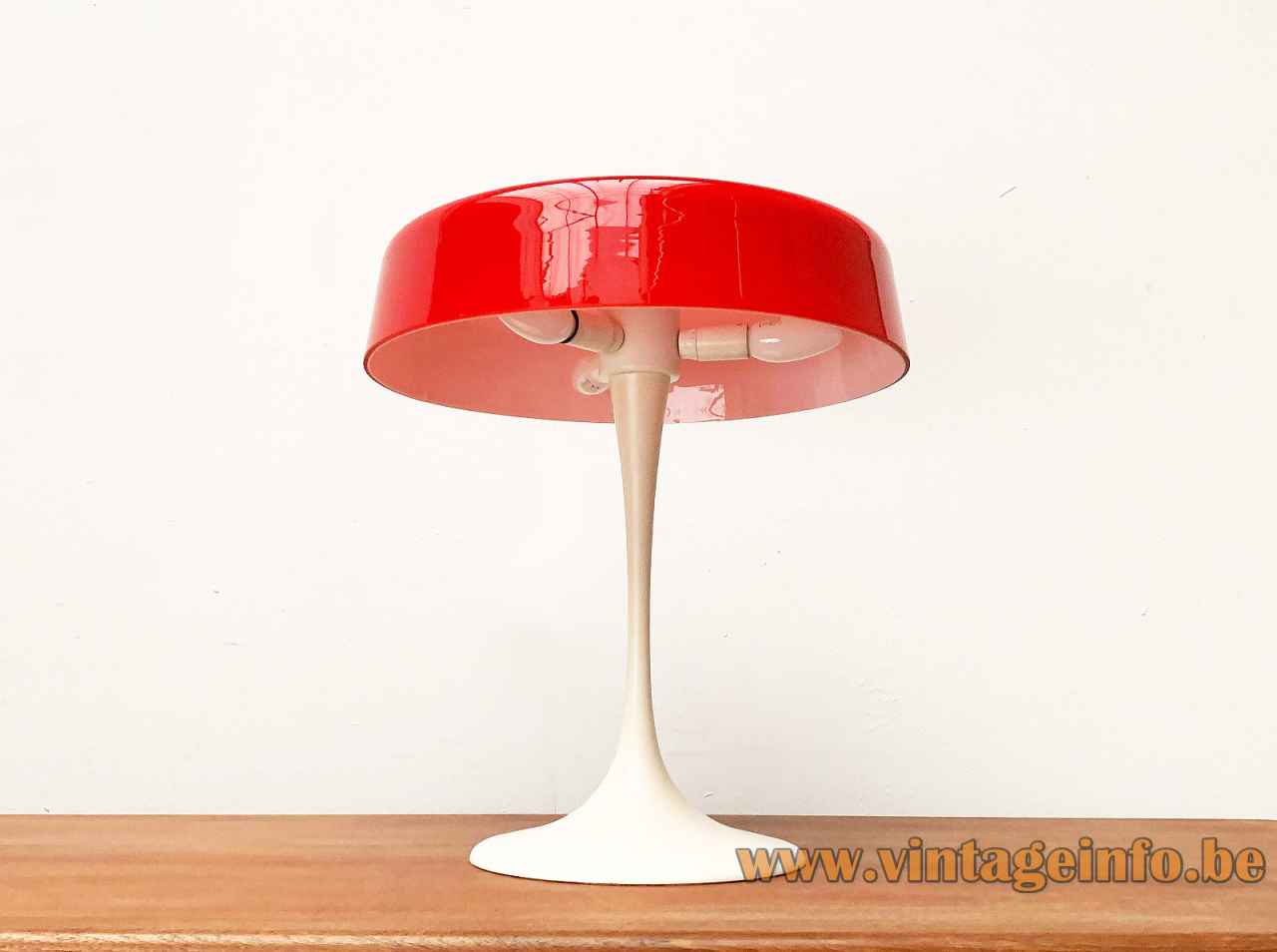 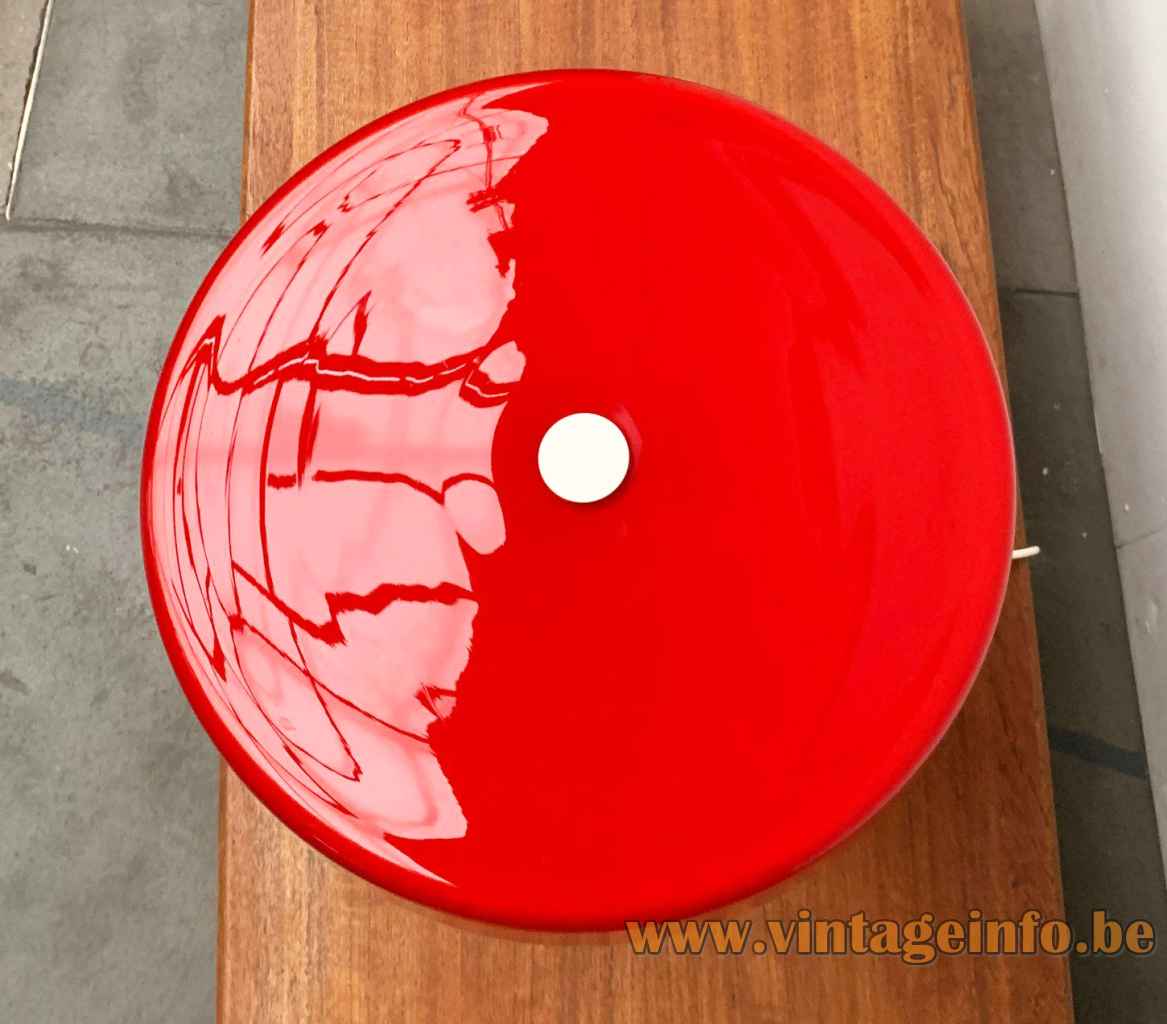 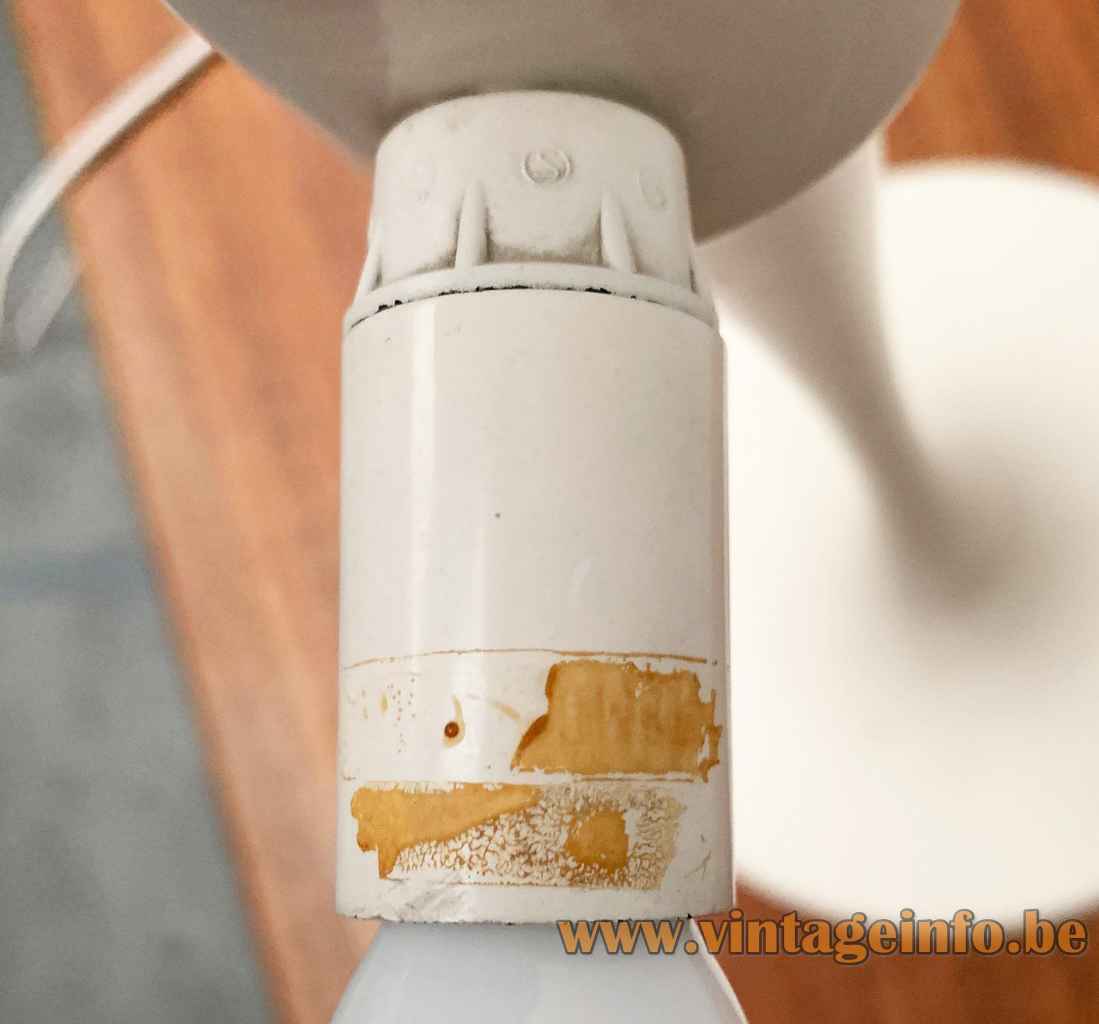 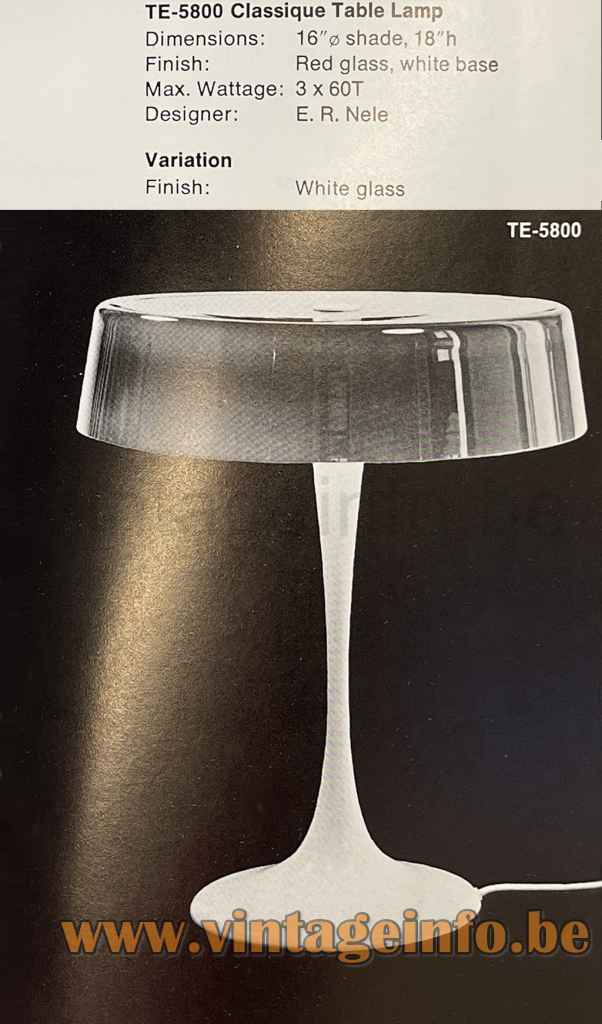 Other versions: This Temde mushroom table lamp exists at least also with a white glass lampshade. The base was used for several other table lamps with metal and fabric lampshades.

This table lamp received an iF Design Award in 1967.