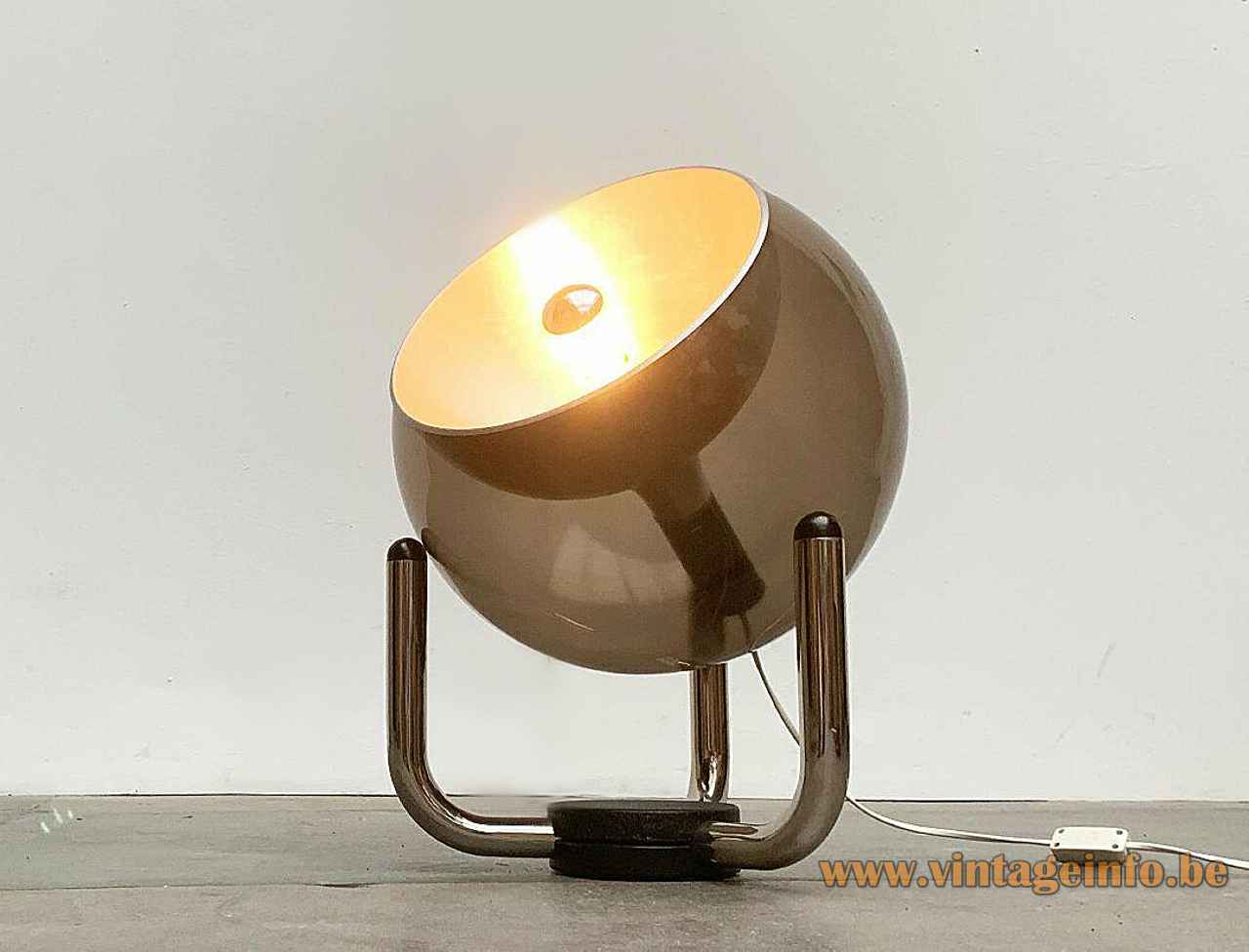 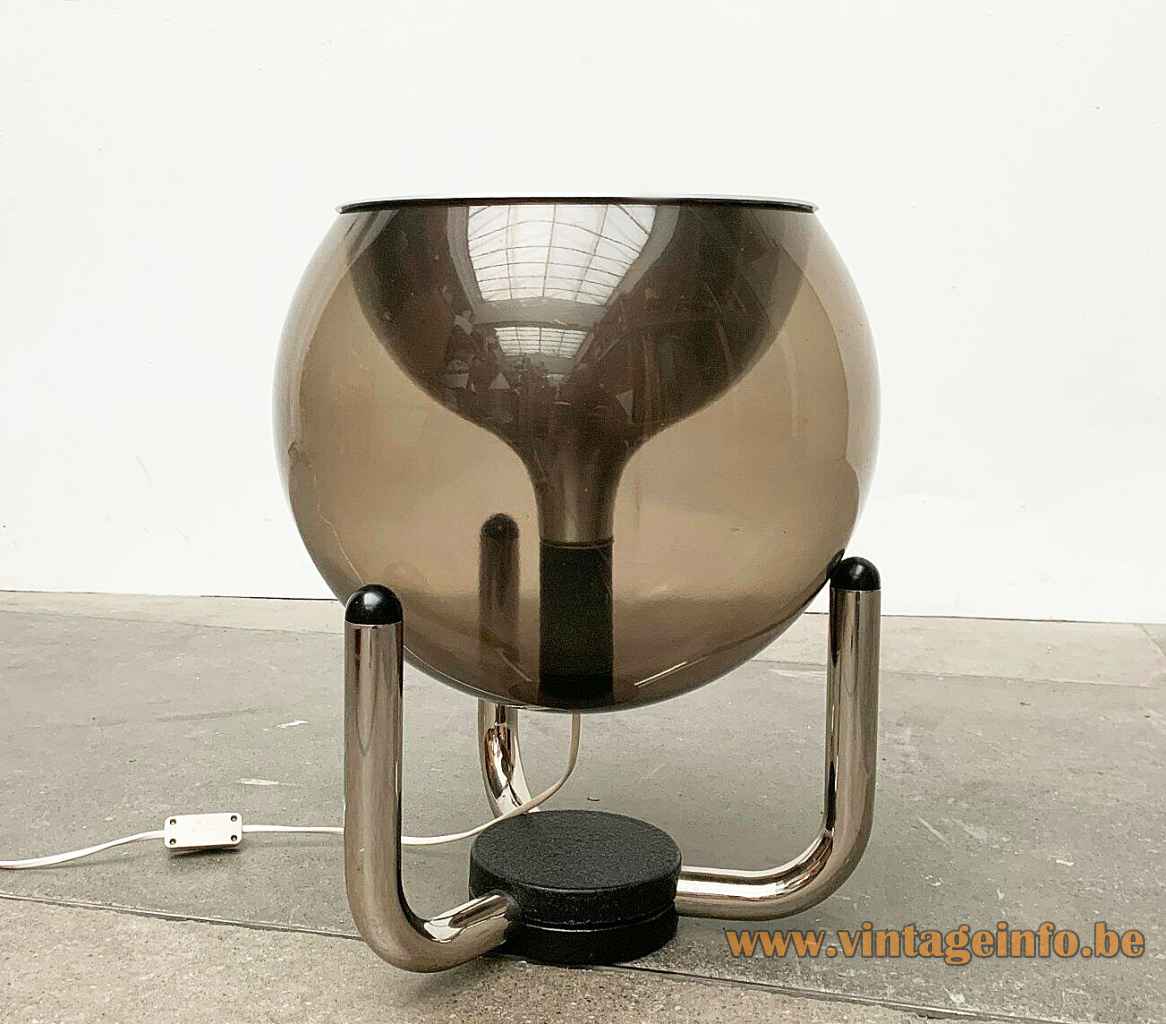 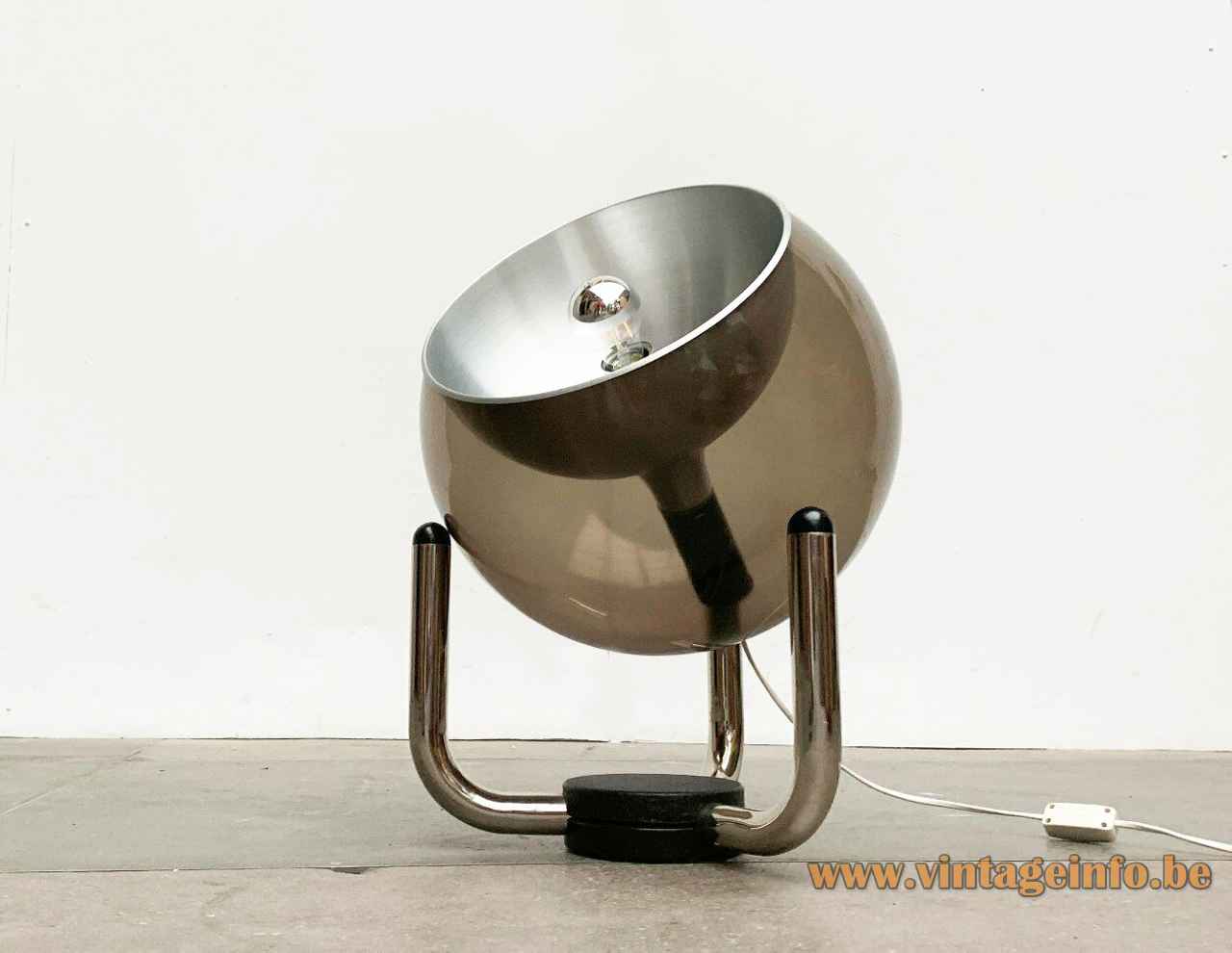 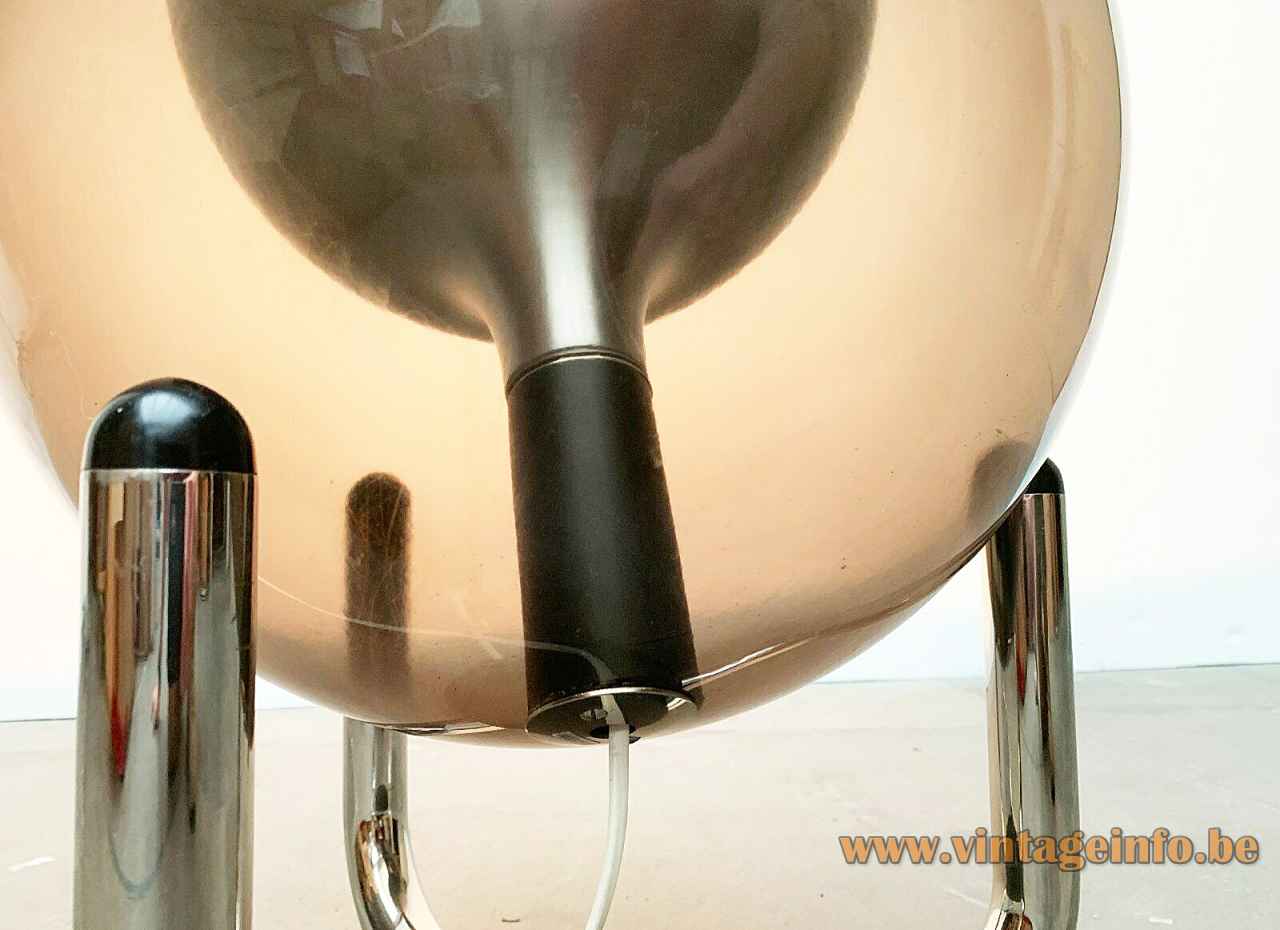 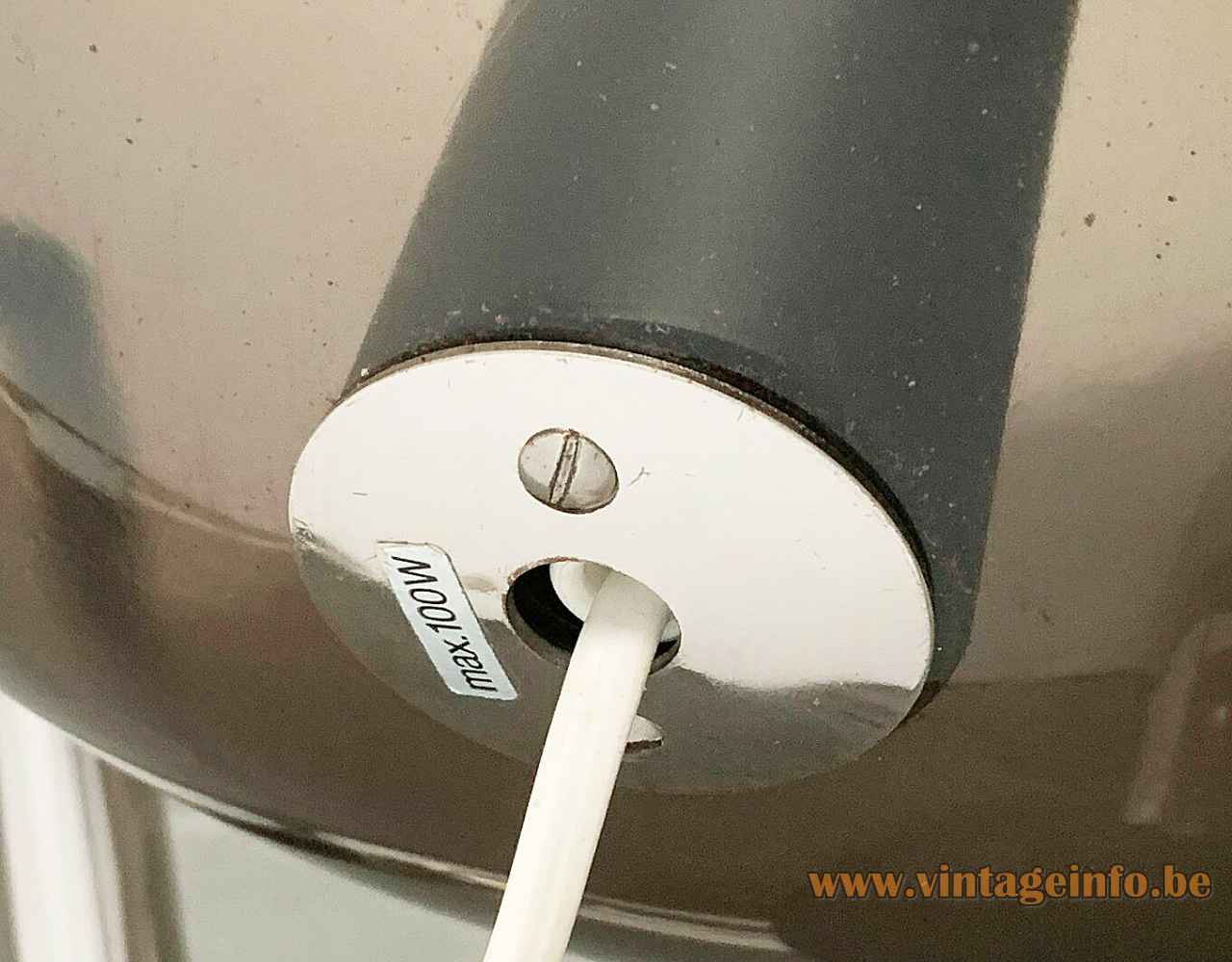 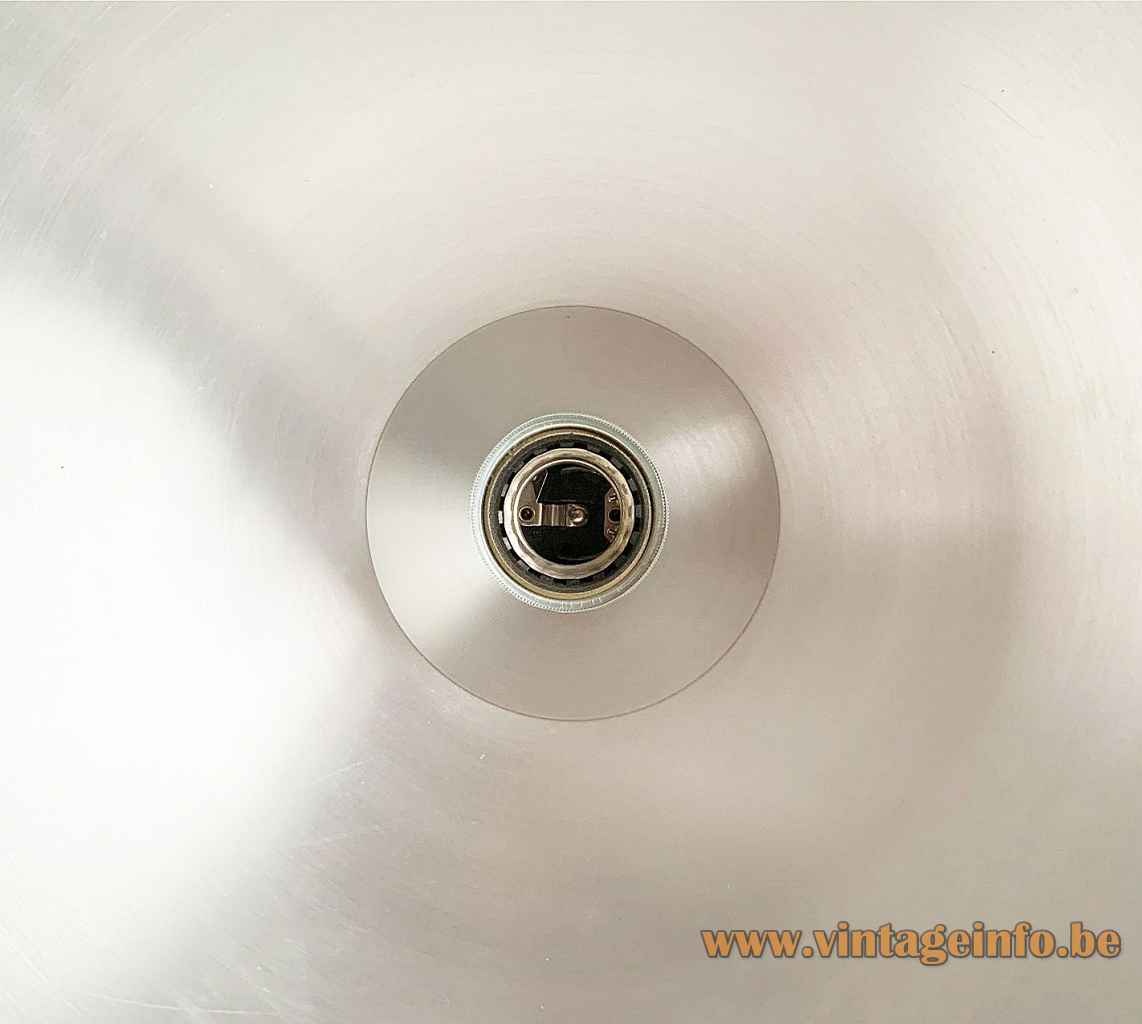 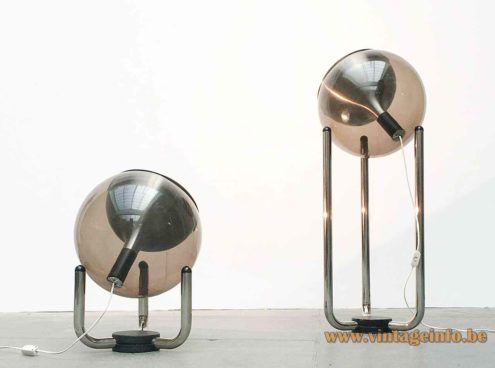 Other versions: This Temde smoked globe floor lamp exists in several varieties. Made in a bigger version and as a pendant lamp. this one is model 56, as labelled.

It is not certain if this lamp is his or her design, but several other lamps with a reminiscent design are by his/her hand. Unfortunately no information can be found about the designer. Do you have an idea? Please let us know through the contact form and help improve the websites exactitude.